Beneath a river crossing in Thabak, Laos, passersby will discover something they won’t find many other places: boats made from remnants of American bombs.

Before we set out to trace the Thakhek Loop by motorbike, we read in another rider’s account to look out for what are commonly referred to as “bomb boats” under a high bridge between Laksao and Nahin.

We crossed a couple of bridges with no luck before arriving at a substantial concrete span at the village of Tha Bak. It was a breathtaking place, so much that we nearly forgot to look down. 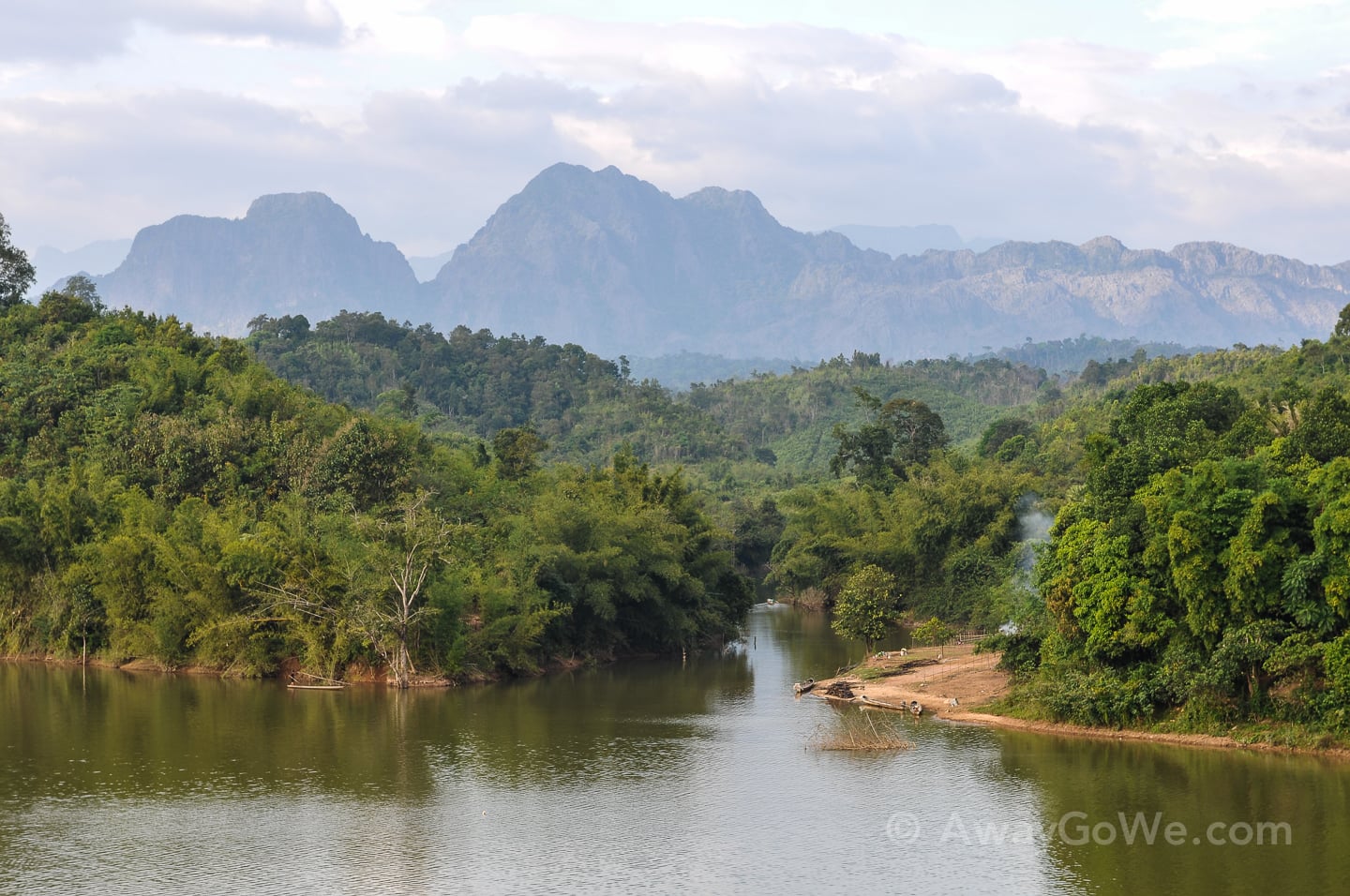 Beneath a concrete span crossing the Nam Theun, passersby are likely to find something they won’t find many other places: Bomb Boats.

These boats, which resemble oversized canoes, are repurposed remnants of an ugly chapter in Laos’ (and the U.S.’s) past.

The Harrowing Story of the Thabak Bomb Boats

Bomb Boats are used throughout Laos for river travel and are a continuing reminder of the 2 million tons of ordnance dropped by American planes on Laos from 1964 to 1973.

Laos has the unfortunate distinction of being the most bombed nation in history. The bombings were part of a covert mission lasting nearly a decade with the objective of cutting off the supply line between North and South Vietnam, commonly referred to as the Ho Chi Minh Trail.

In Laos alone, U.S. bombing raids resulted in an estimated 1.5 to 2 million deaths during the course of the secret campaign.

Is that messed up or what?

Americans have long since forgotten about the whole Vietnam debacle or at least satisfy our government’s cravings for war and destruction with more contemporary endeavors.

It was a humiliating chapter in American history, and forgetting often seems the best way to move on, I suppose.

But the thing is, much of Vietnam, Laos, and Cambodia haven’t forgotten — because painful reminders still linger all around. One more luxury that we in the U.S. have that they do not. The war annihilated much of Indochina, but never physically reached American shores.

Traveling through Vietnam, Lori and I encountered numerous individuals, including a woman who ran one of the guesthouses we stayed at, with debilitating deformities resulting from Agent Orange.

We saw many more of the maimed in Laos missing limbs, eyes, and whatever else you can lose and still be alive — all testaments to the toll the war continues to exact on innocent people 40 years later.

But how, you ask, does the war continue to make new casualties four decades later?

You know those 2 million tons of ordnance dropped on Laos 40 years ago? The vast majority were cluster bombs which consisted of a casing (see Bomb Boats in the photo above and below for examples).

Each of these casings was packed with sub-munitions, commonly referred to as “bombies” — explosives about the size of an orange meant to spread shrapnel up to 100 meters in every direction when detonated.

All told, the U.S. carpeted the Laos countryside with an estimated 260 million of these little puppies.

But why is the casualty rate so great for children in particular?

Well, for one, young children often aren’t aware of what they are looking at when they’ve found a bombie.

There’s also an economic reason. Companies in Laos, like many places in the world, pay well for scrap metal. In one of the poorest countries in the world, this can be a very attractive prospect.

One unexploded bombie could translate into a week’s worth of food or a new pair of shoes. One exploded bombie, on the other hand, could mean death.

Impact of UXO in Laos by the Numbers

♦  80 million | Estimated number of sub-munitions that failed to explode 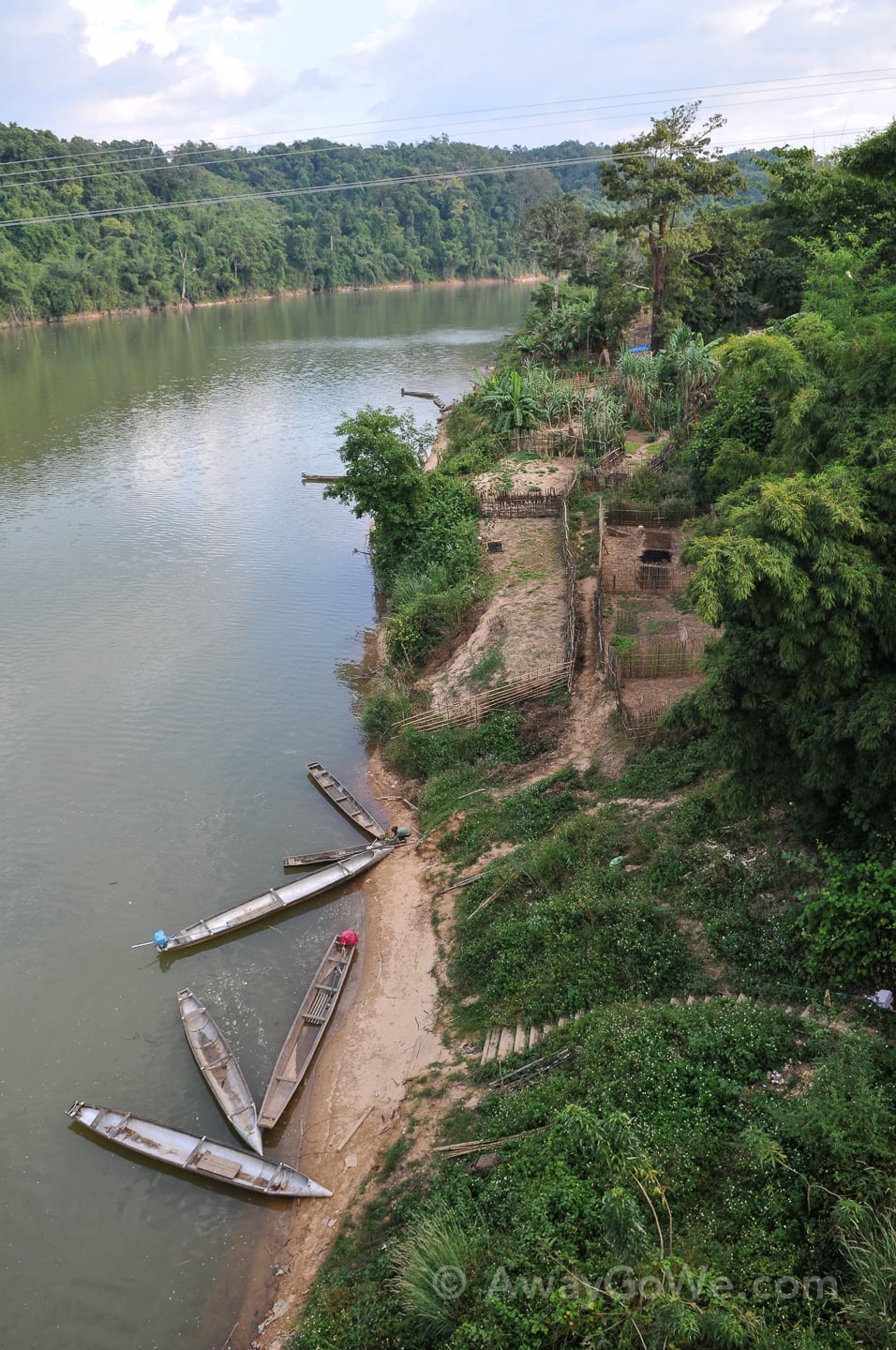 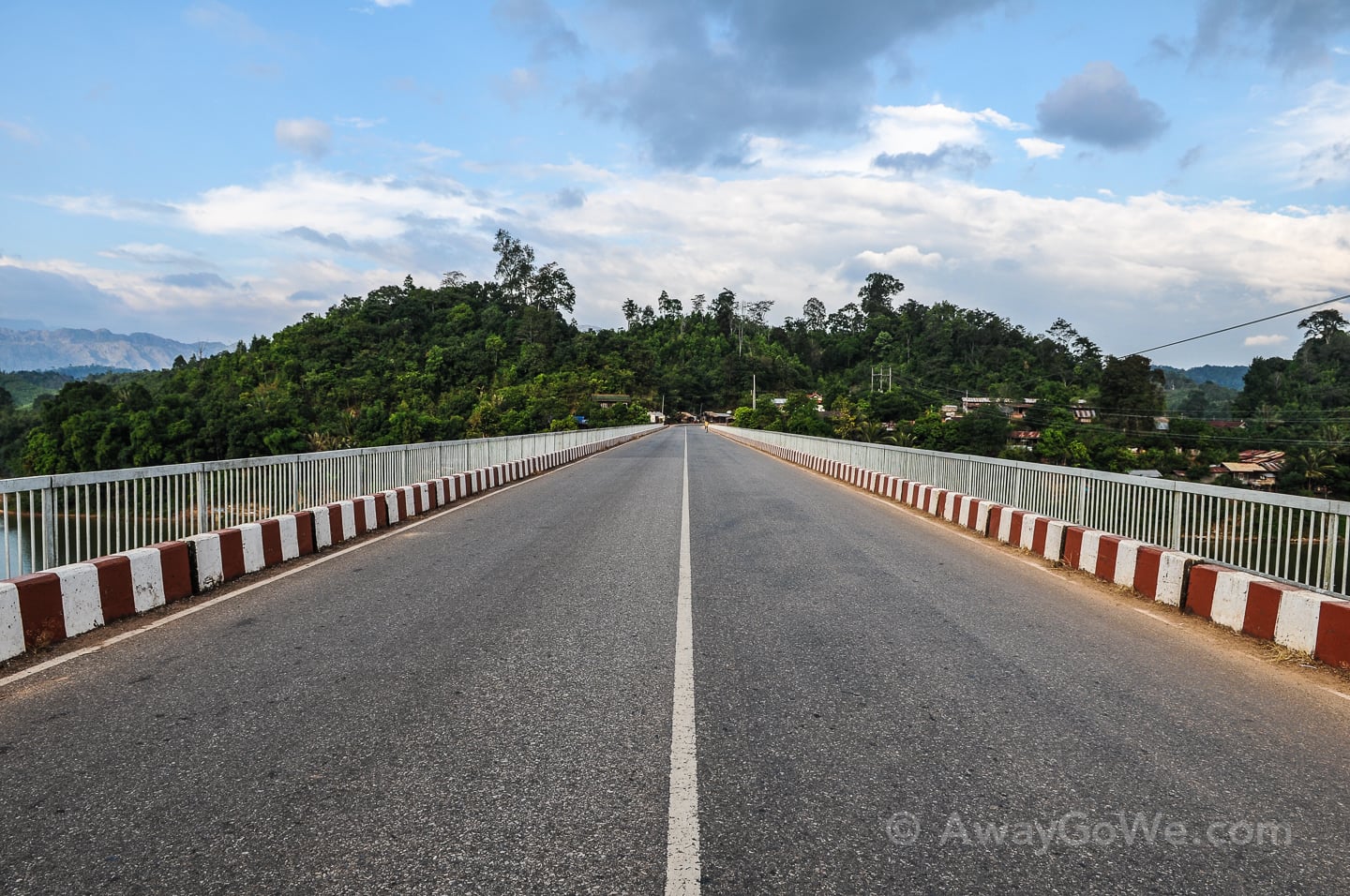 And that’s the story of the Thabak Bomb Boats