Wallowa Lake Tramway offers a quick and easy ride to the top of Eastern Oregon’s majestic Wallowas. How to visit and what to expect.

Taking the Wallowa Lake Tramway to the top of Mt. Howard and Eastern Oregon’s Wallowa Mountains is a unique experience in a supremely stunning area of the country.

Prior to our trip, we simply had no idea just how majestic the “Oregon Alps” would be. The drive in treated us to a sweeping panorama of jagged alpine peaks. As we approached, the snowcapped mountains quickly closed in all around.

To really appreciated the grandeur of the Wallowas, however, you really have to ascend to the top of them.

And that’s where the Wallowa Lake Tramway came in! 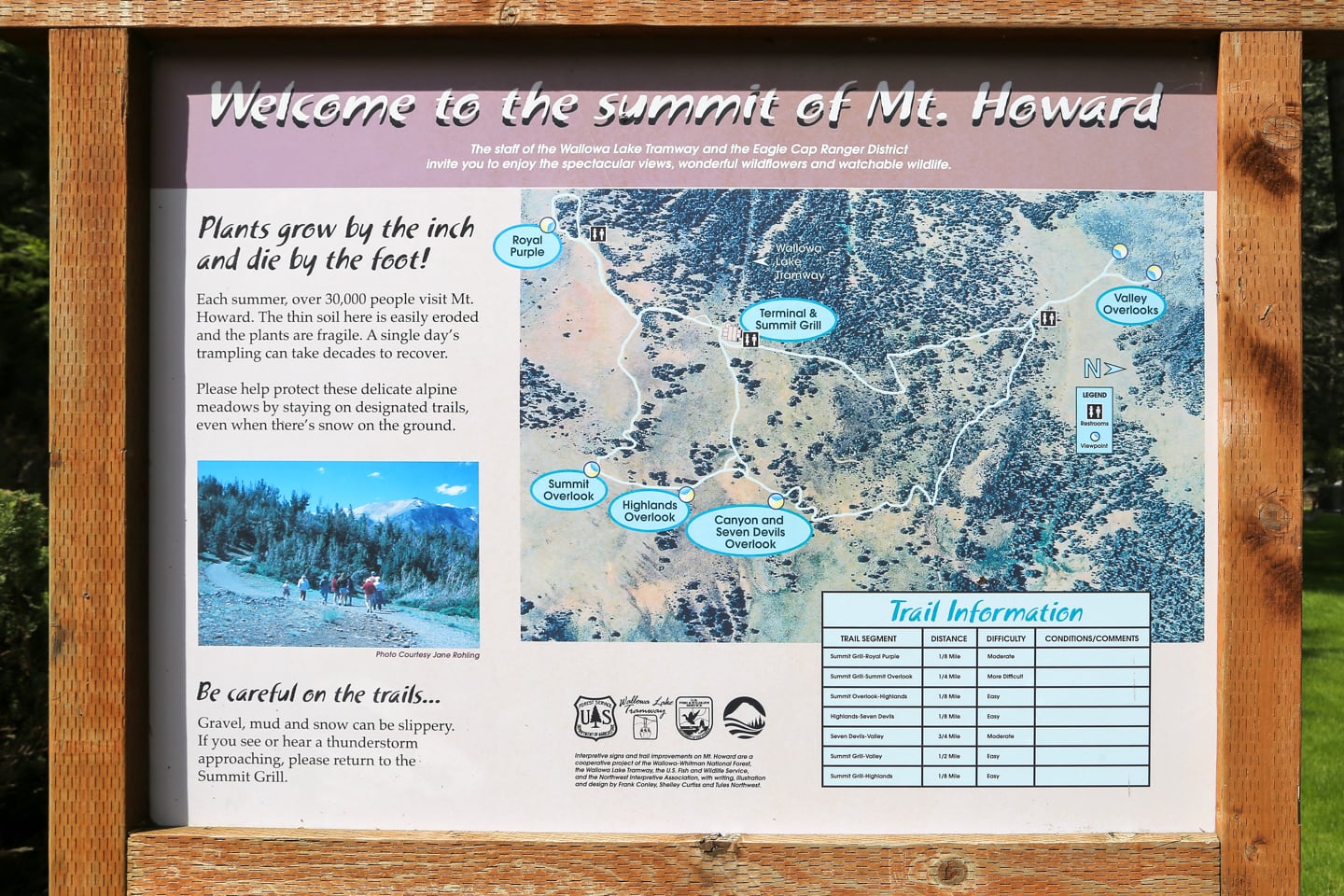 The Wallowa Lake Tramway is the steepest vertical gondola ride in North America, stretching from the small village only minutes’ walk from Lake Wallowa and the State Park, up to 8,150 feet to the summit of Mt. Howard.

The tramway takes 15 minutes, gaining 3,700 feet in elevation along the way, with breathtaking views all the way up.

Once at the top, there is a small network of trails that wind around the summit offering even more incredible views of the mountains and surrounding countryside. 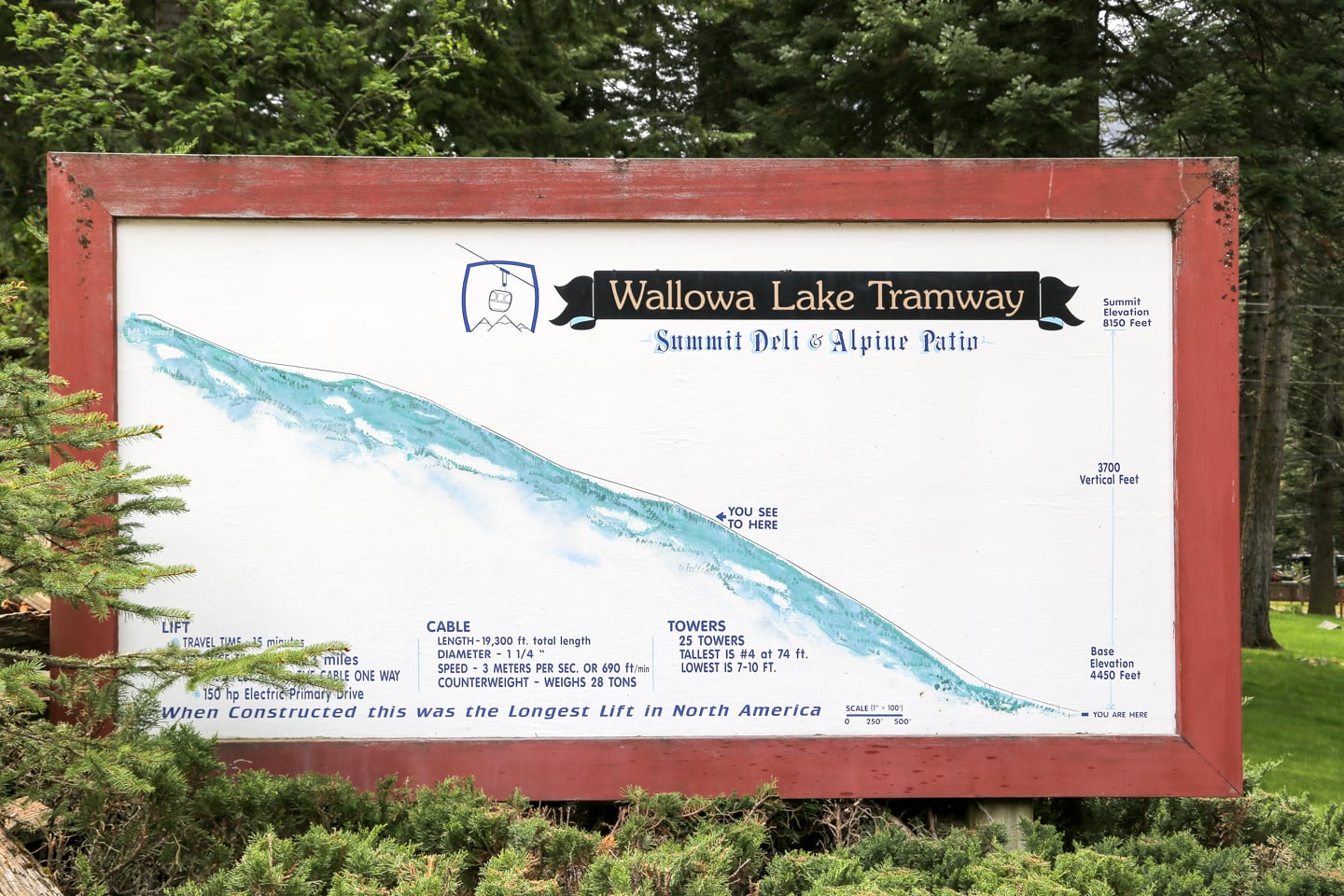 Amazingly, the highest point visible looking up from the lower tramway station is only about a third of the total distance traveled up the mountain (see diagram above). 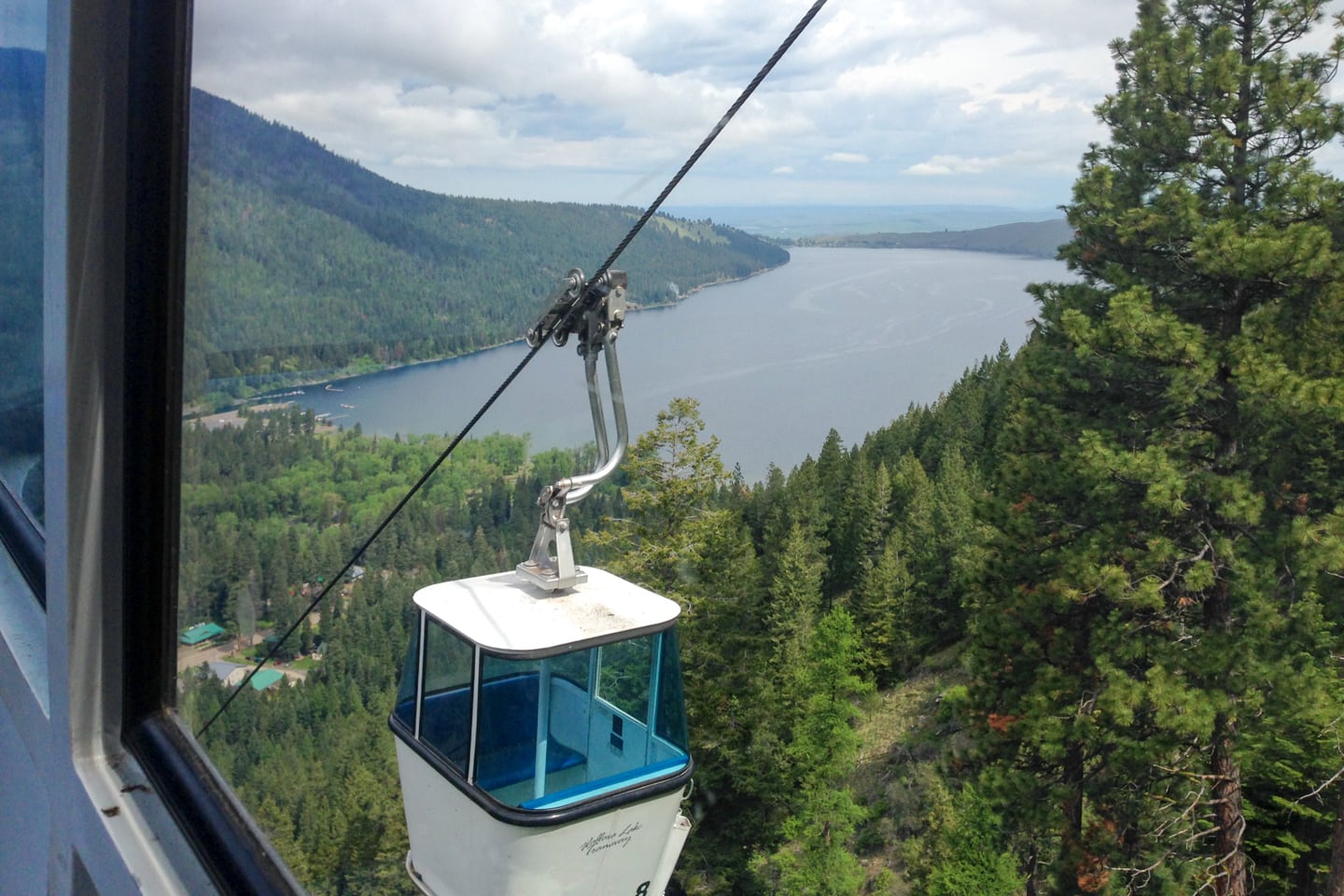 That, of course, is Wallowa Lake, in all its glory. 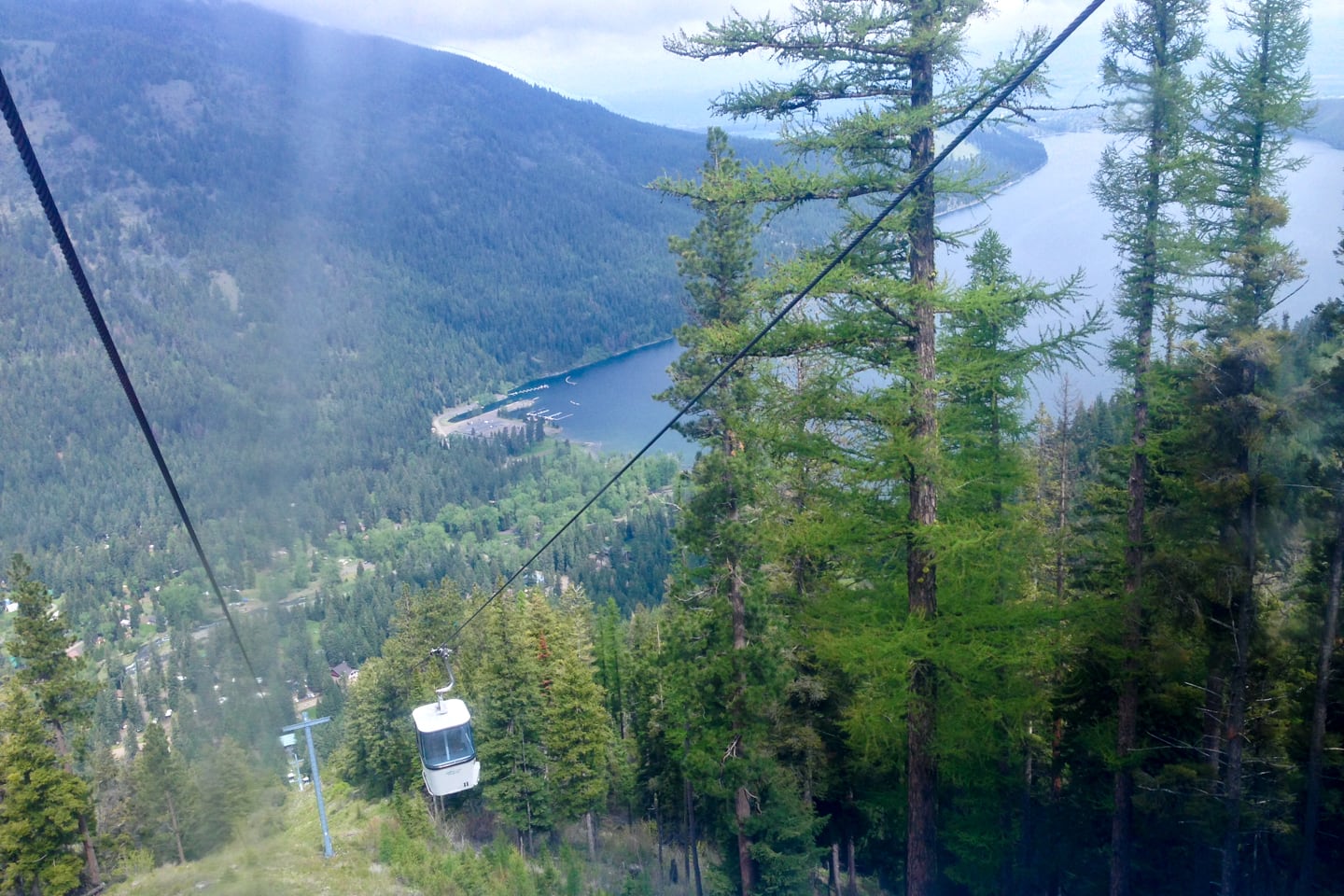 The photos might not do the ride justice. But trust me, it’s a steep climb. 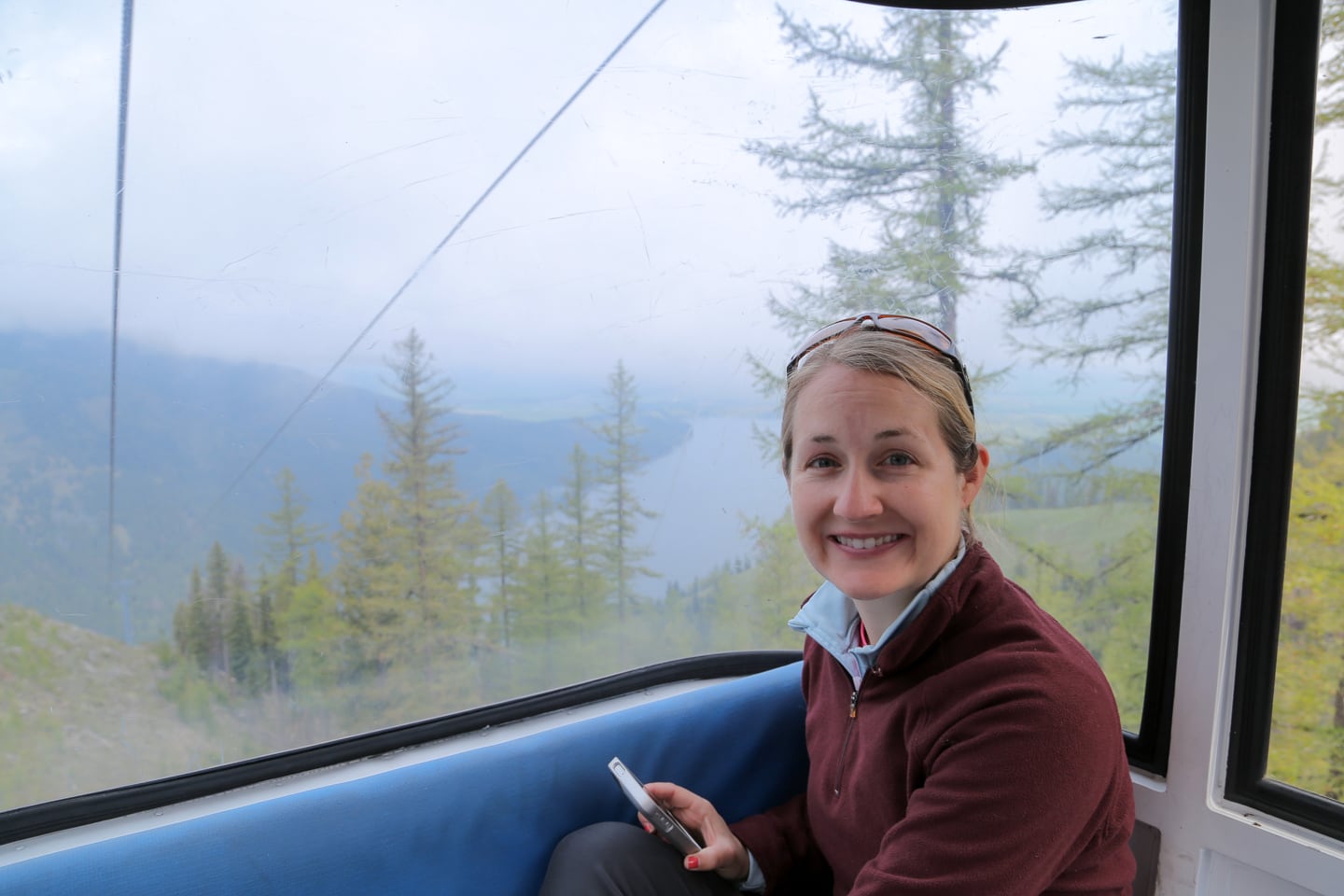 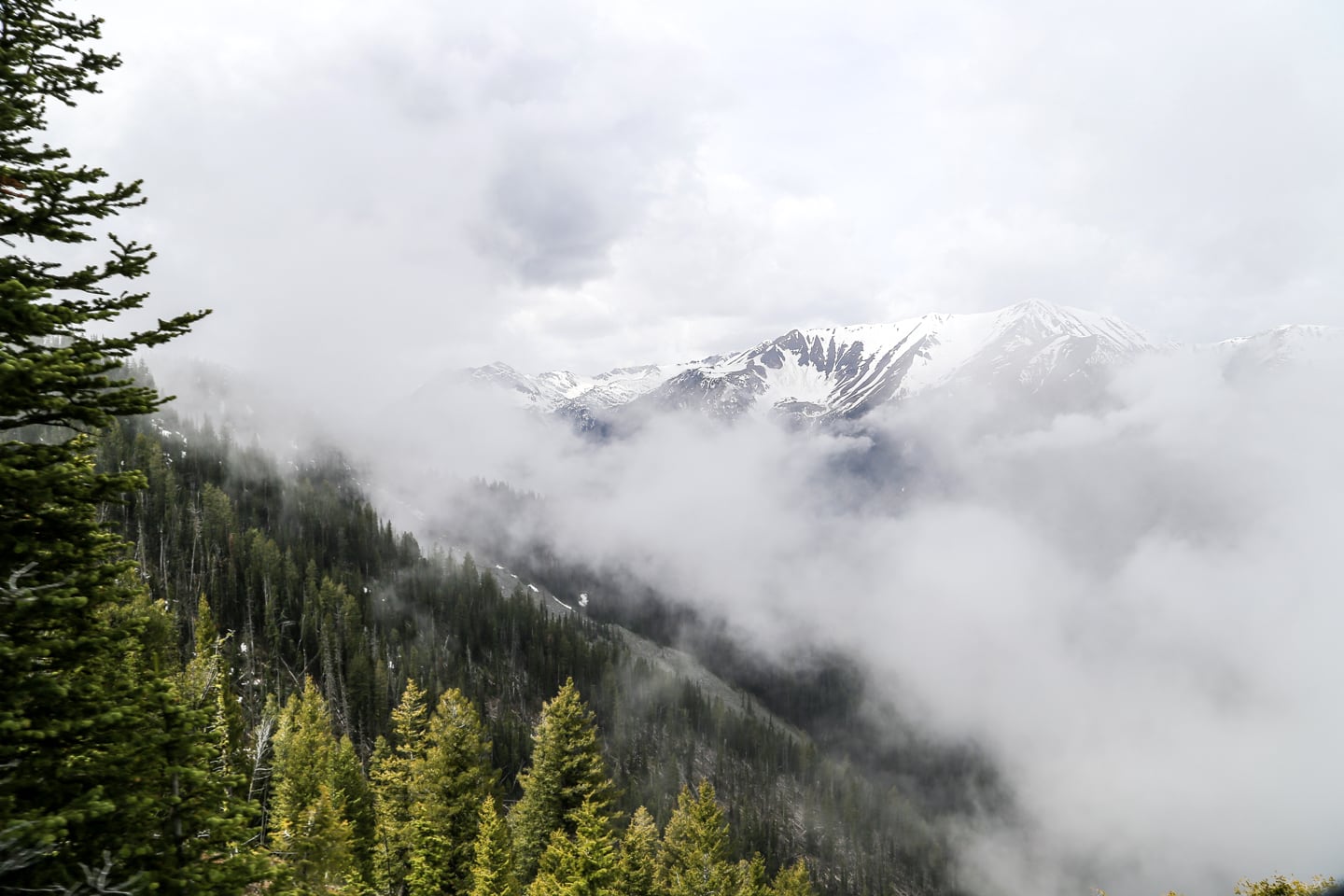 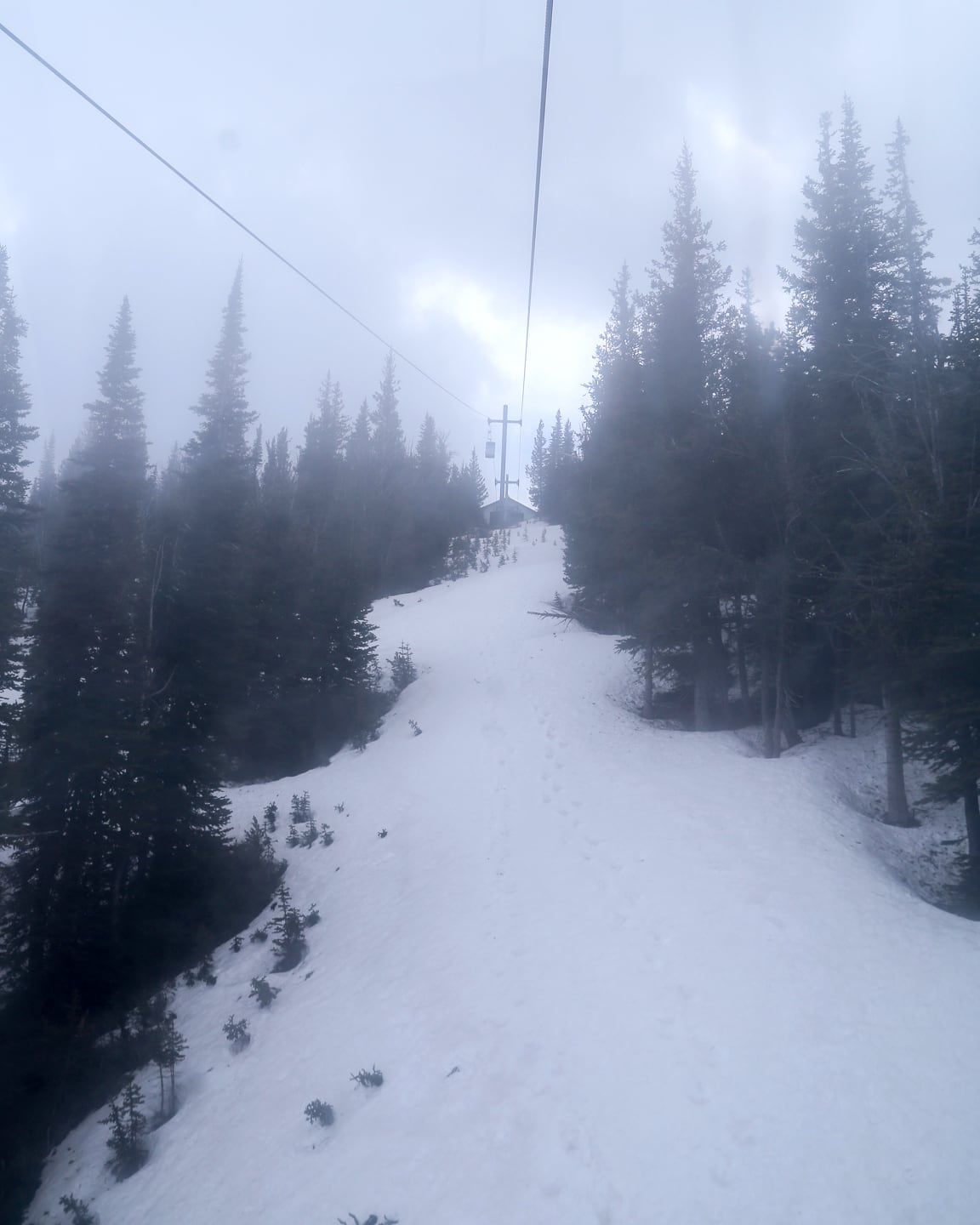 On this particular Memorial Day weekend, we hit the snow line about two-thirds of the way to the top. 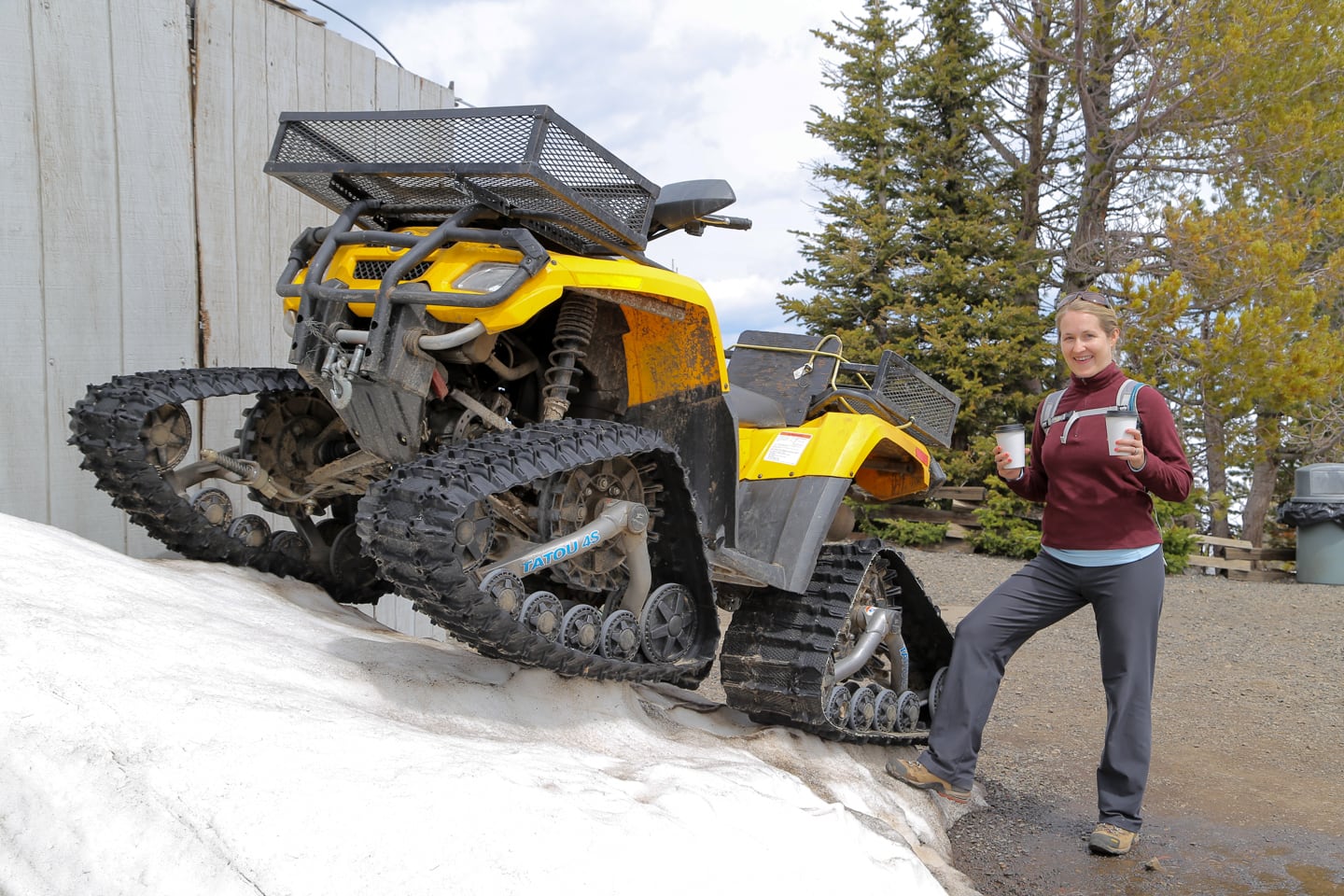 After grabbing some coffees at the Summit Deli we set out, on foot, to explore the summit…though riding around this rig probably would have been a lot more fun.

Oh, and on this particular day, the cafe only accepted cash and was out of a few menu items (like the mouthwatering-sounding pulled-pork sandwich) — so just keep that in mind as a possibility for your visit. We are, after all, on the top of an 8,000-foot peak in a remote corner of the state.

We didn’t end up getting any food, but the hamburgers did look quite tasty. 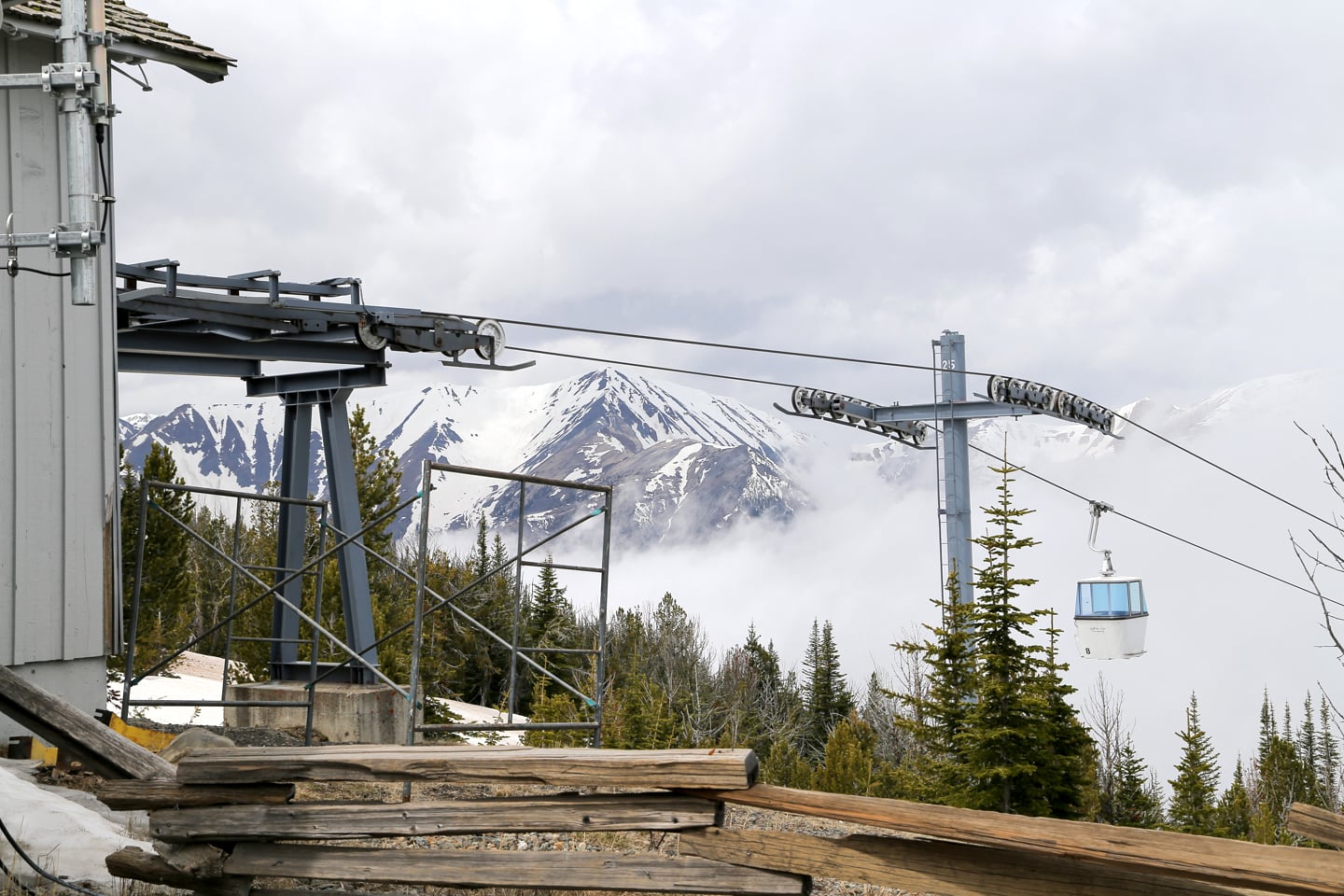 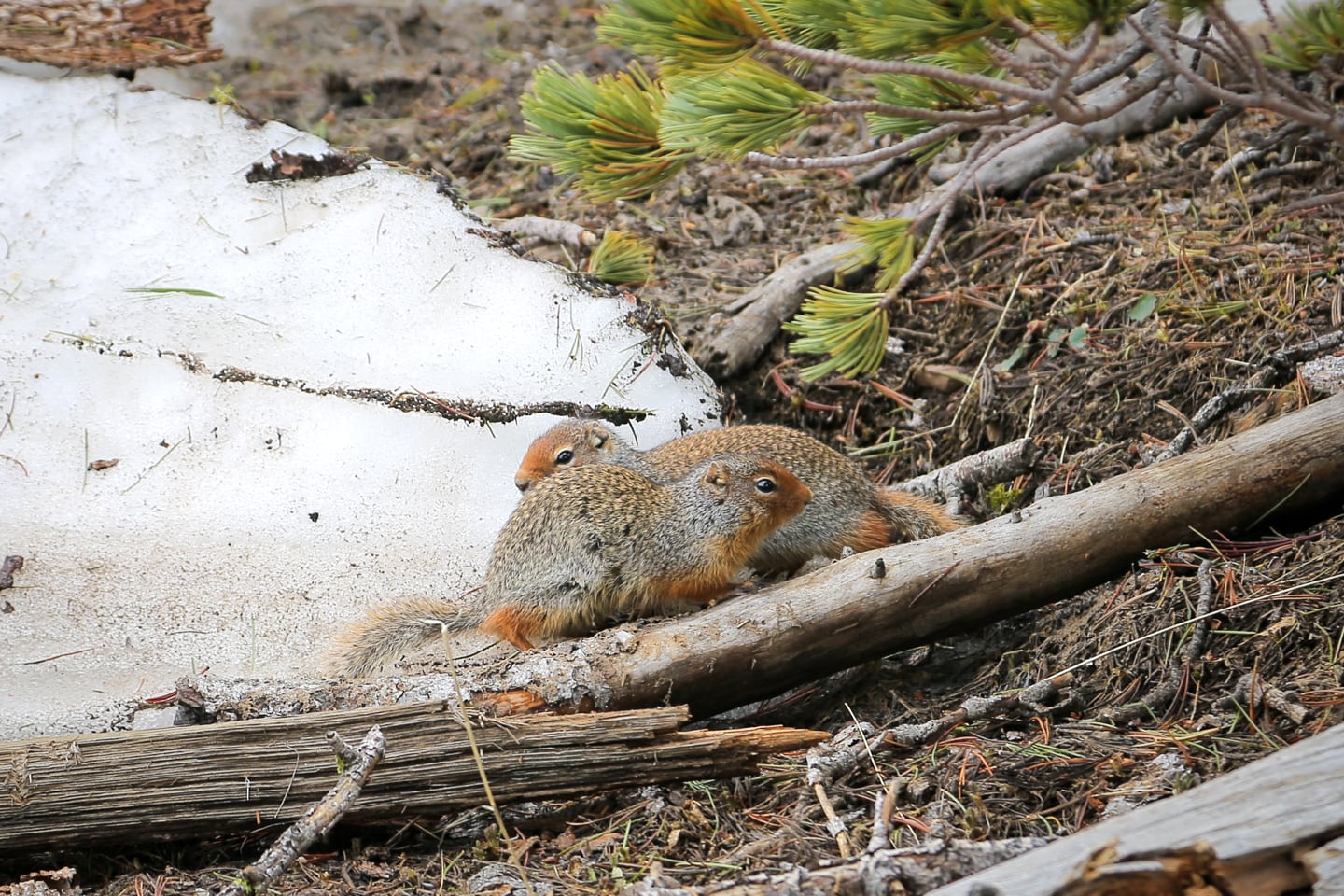 Ground squirrel sightings abound on the summit of Mt. Howard. 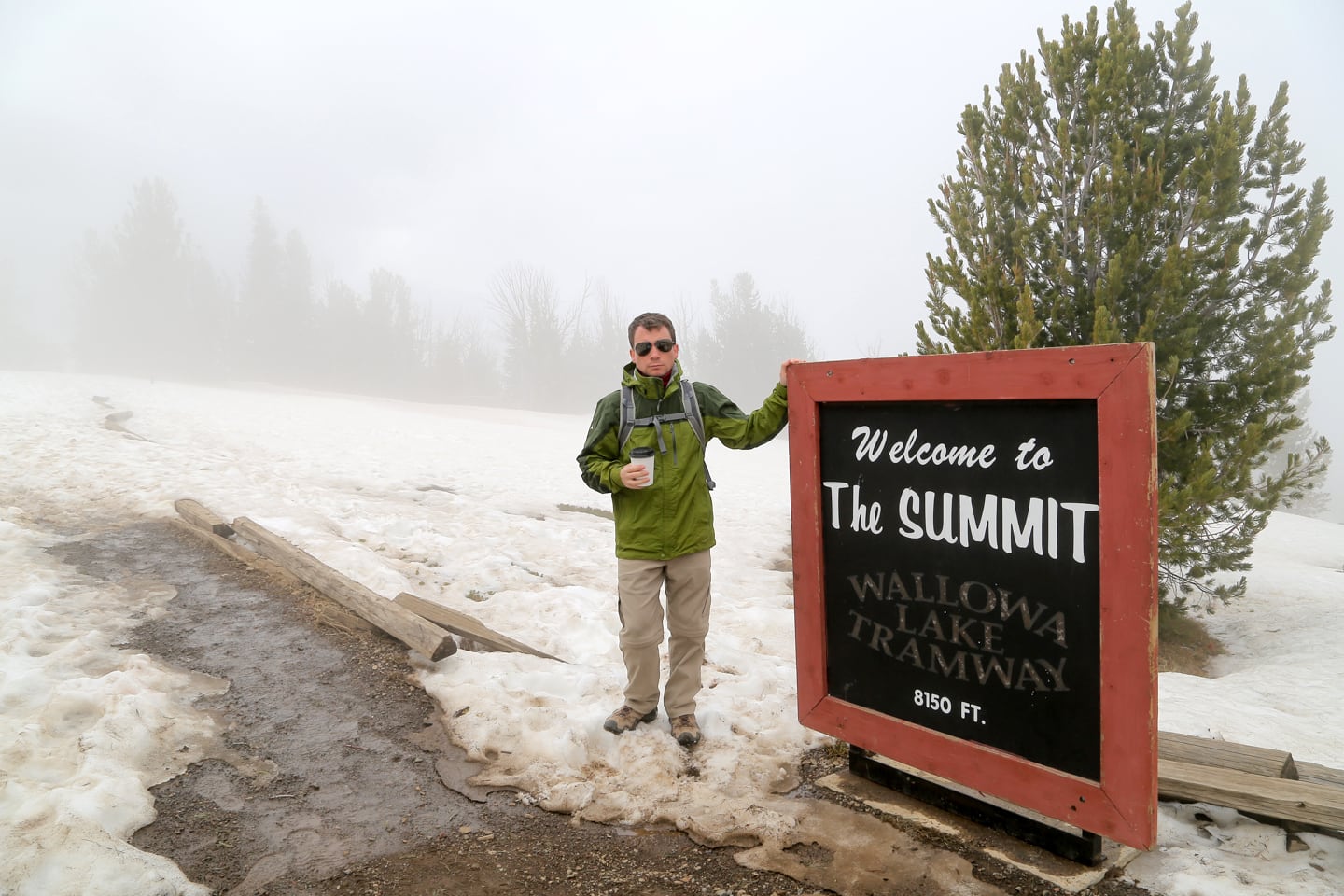 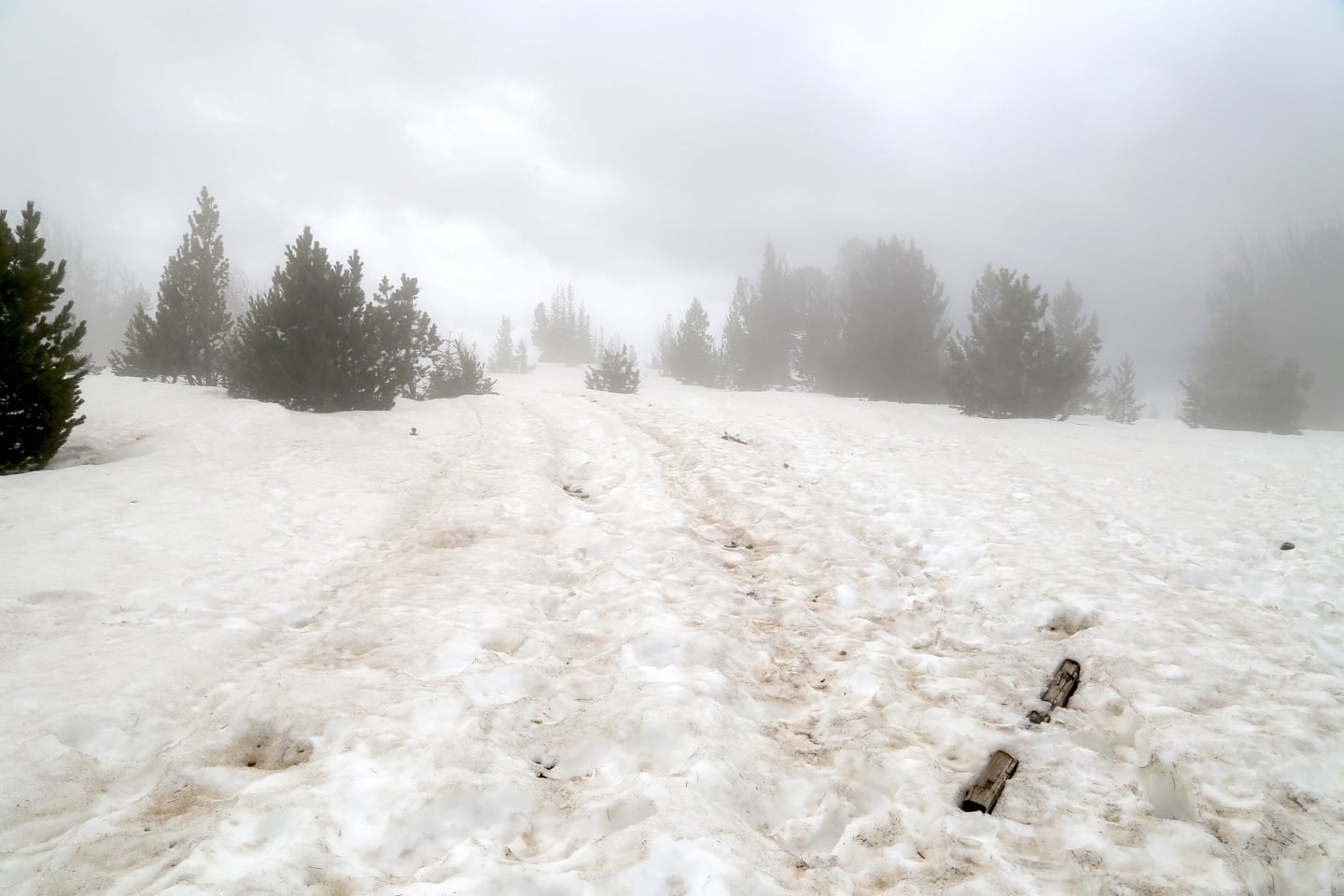 In late May, most of the trails were still covered in snow, as you might expect in Oregon at 8,000 feet. 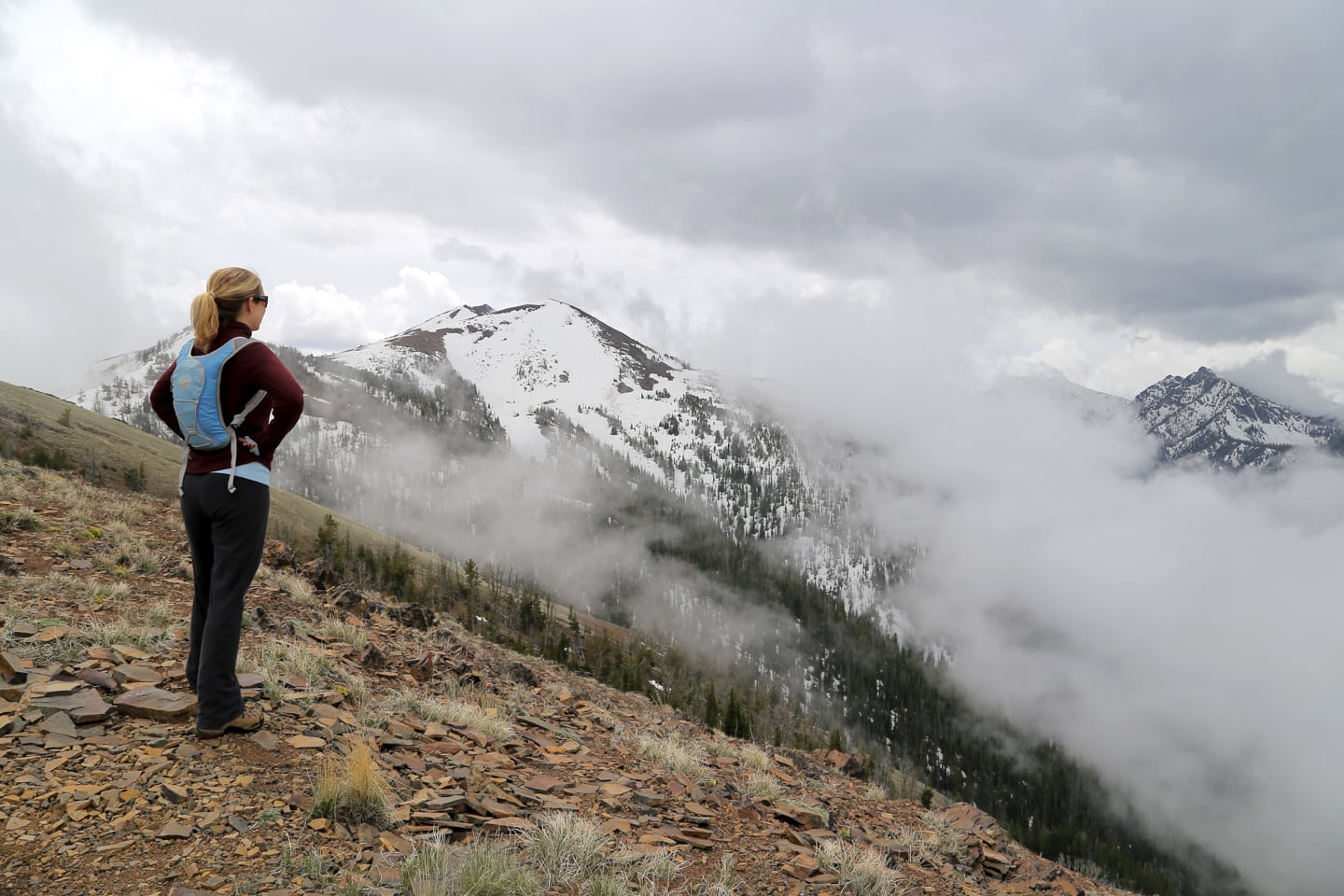 But there were quite a few clear spots, and even more great places to pause and take in the view. 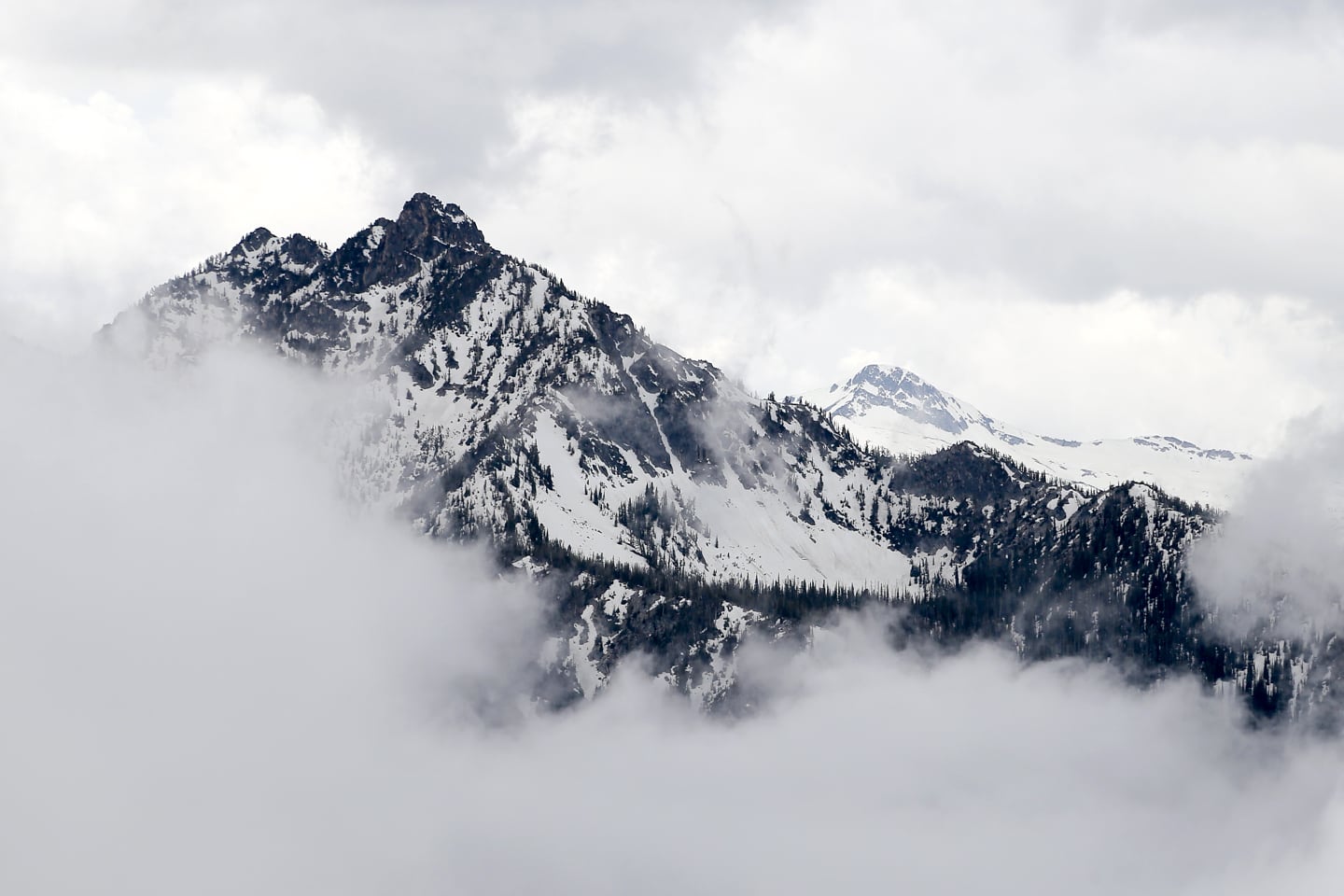 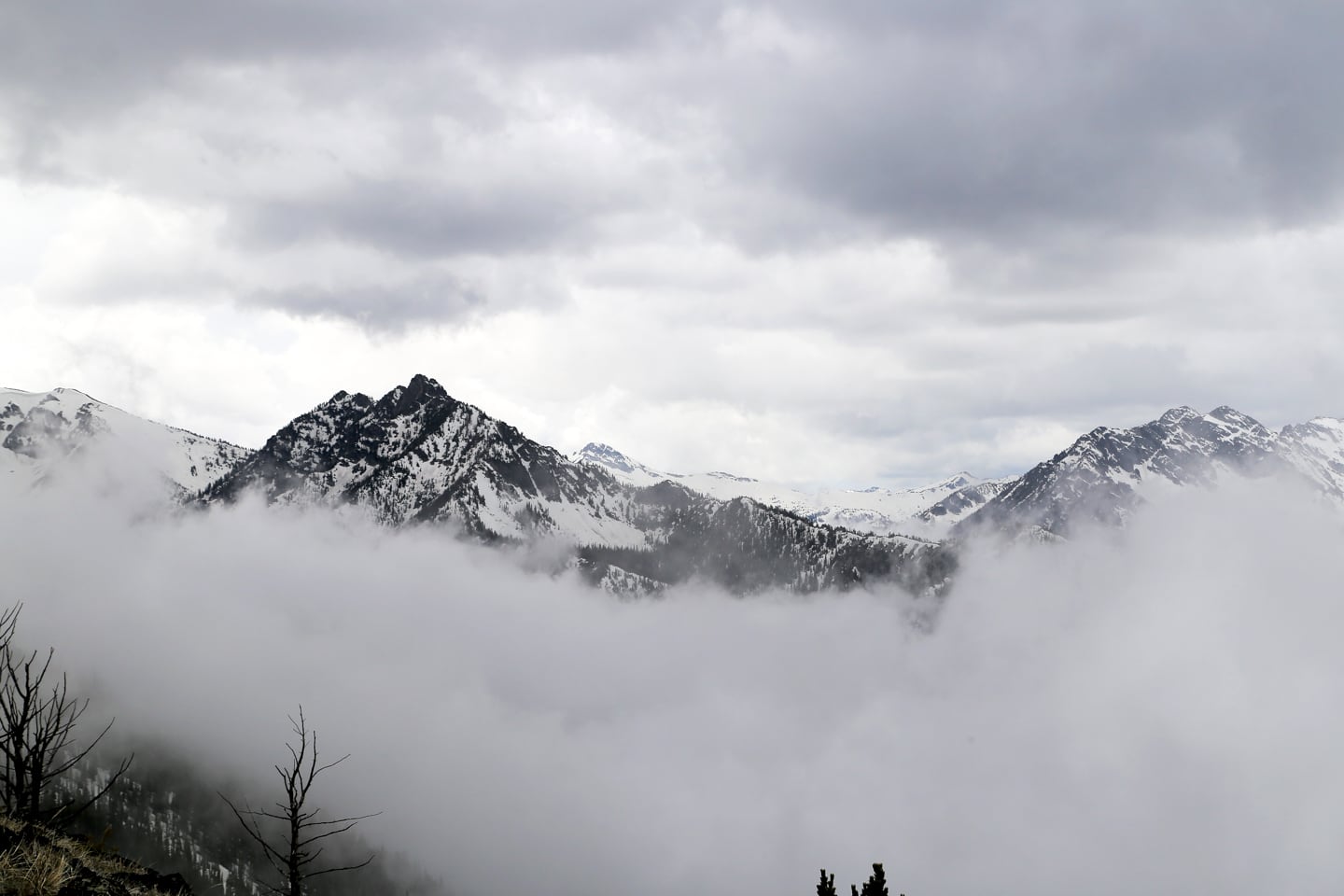 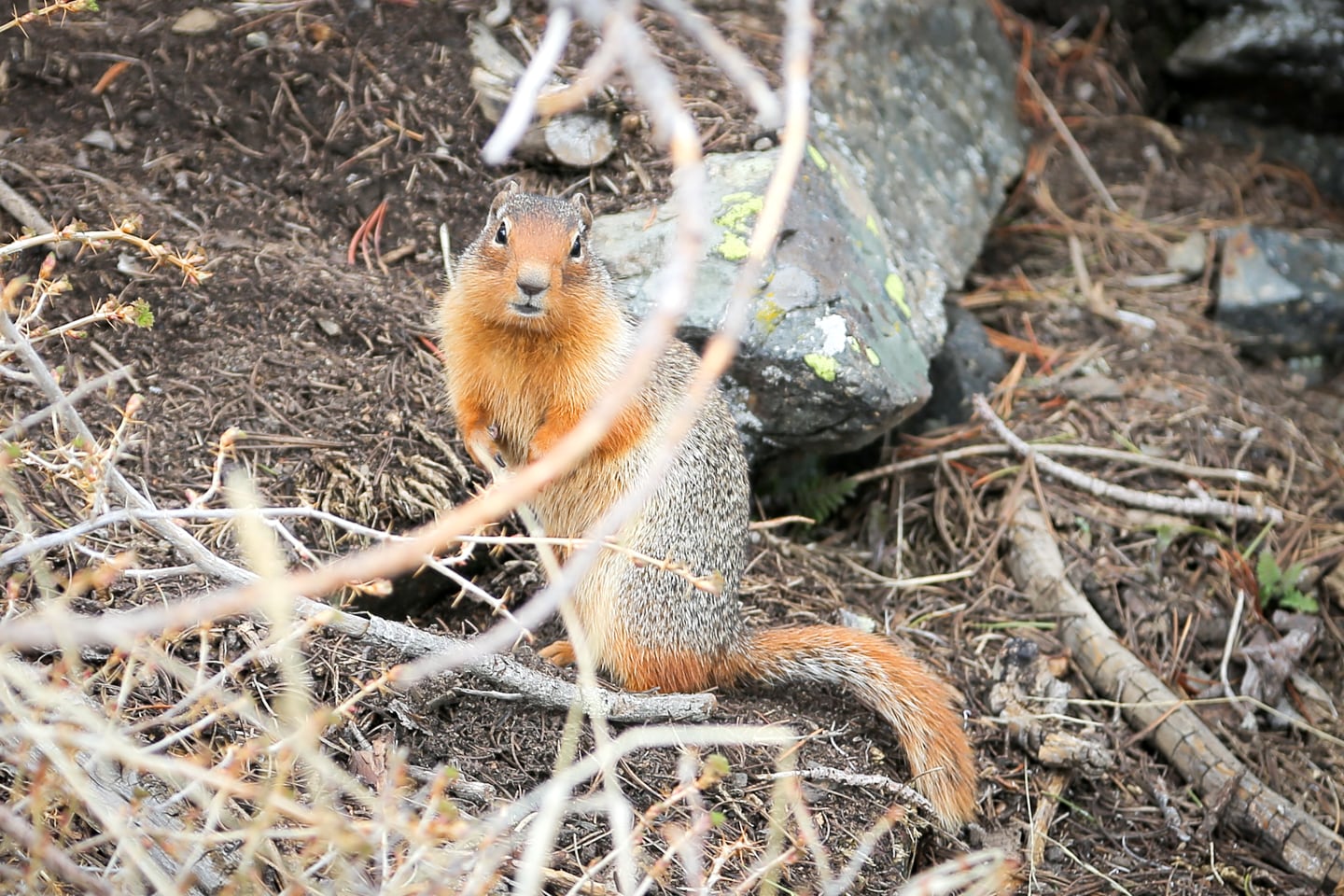 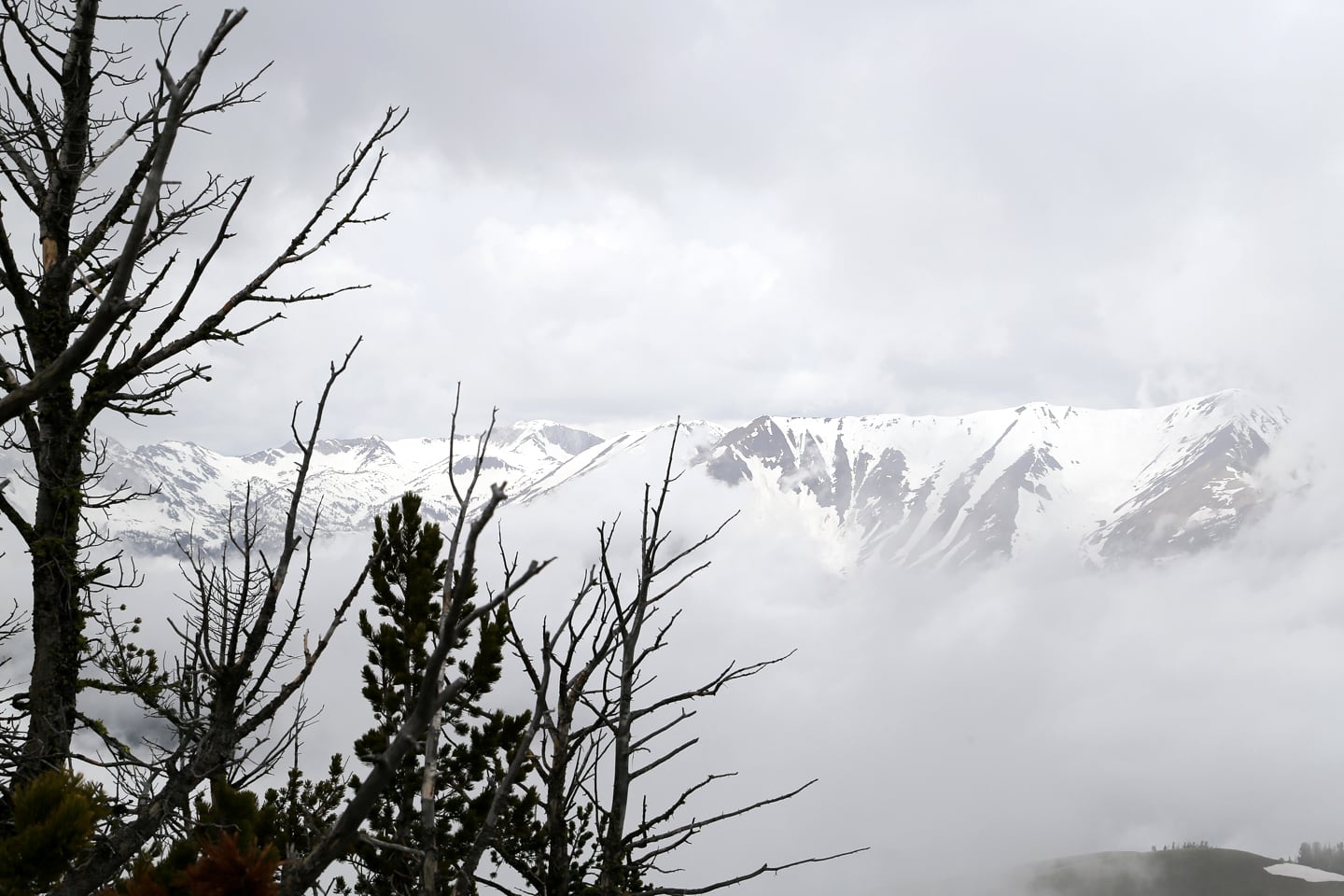 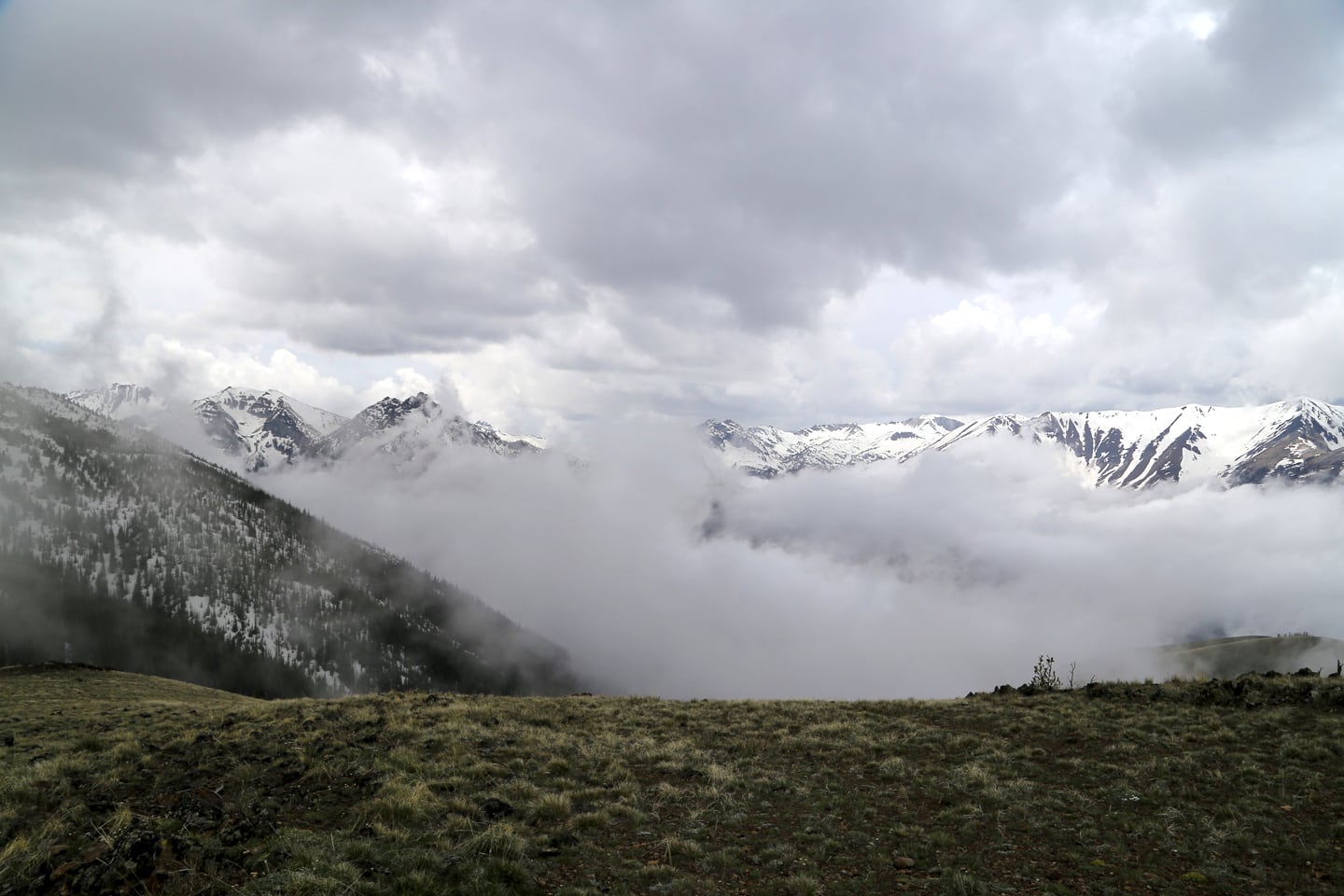 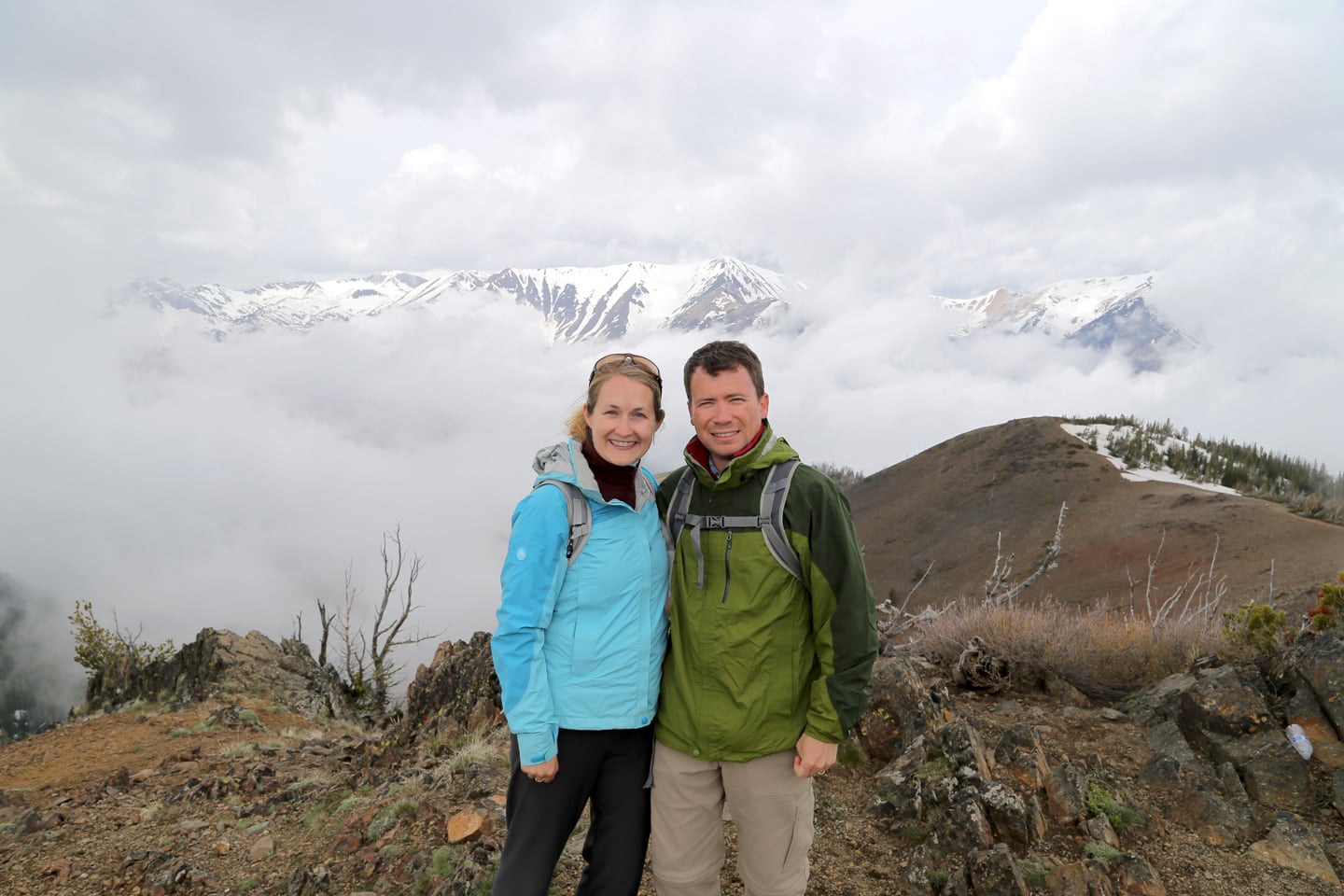 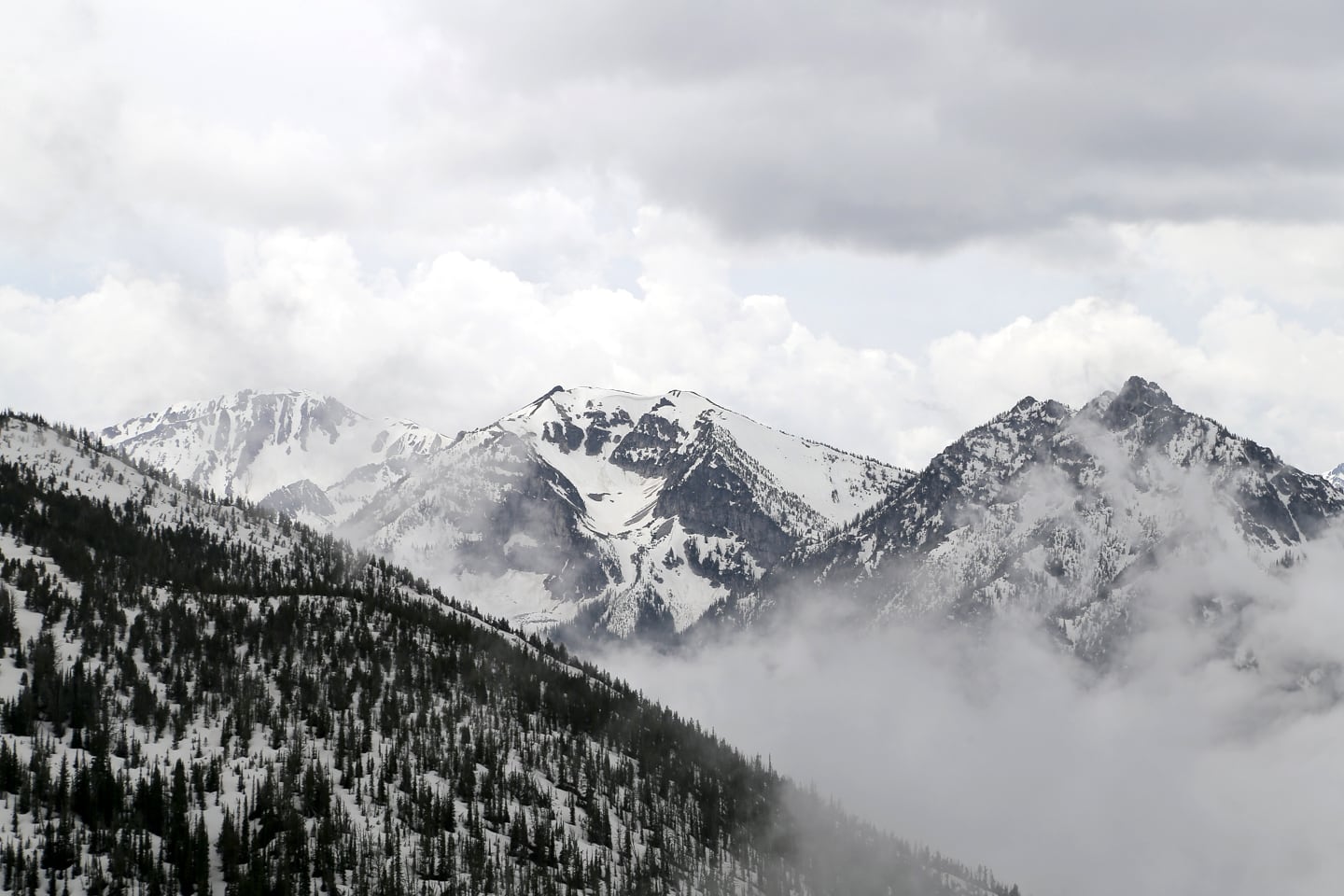 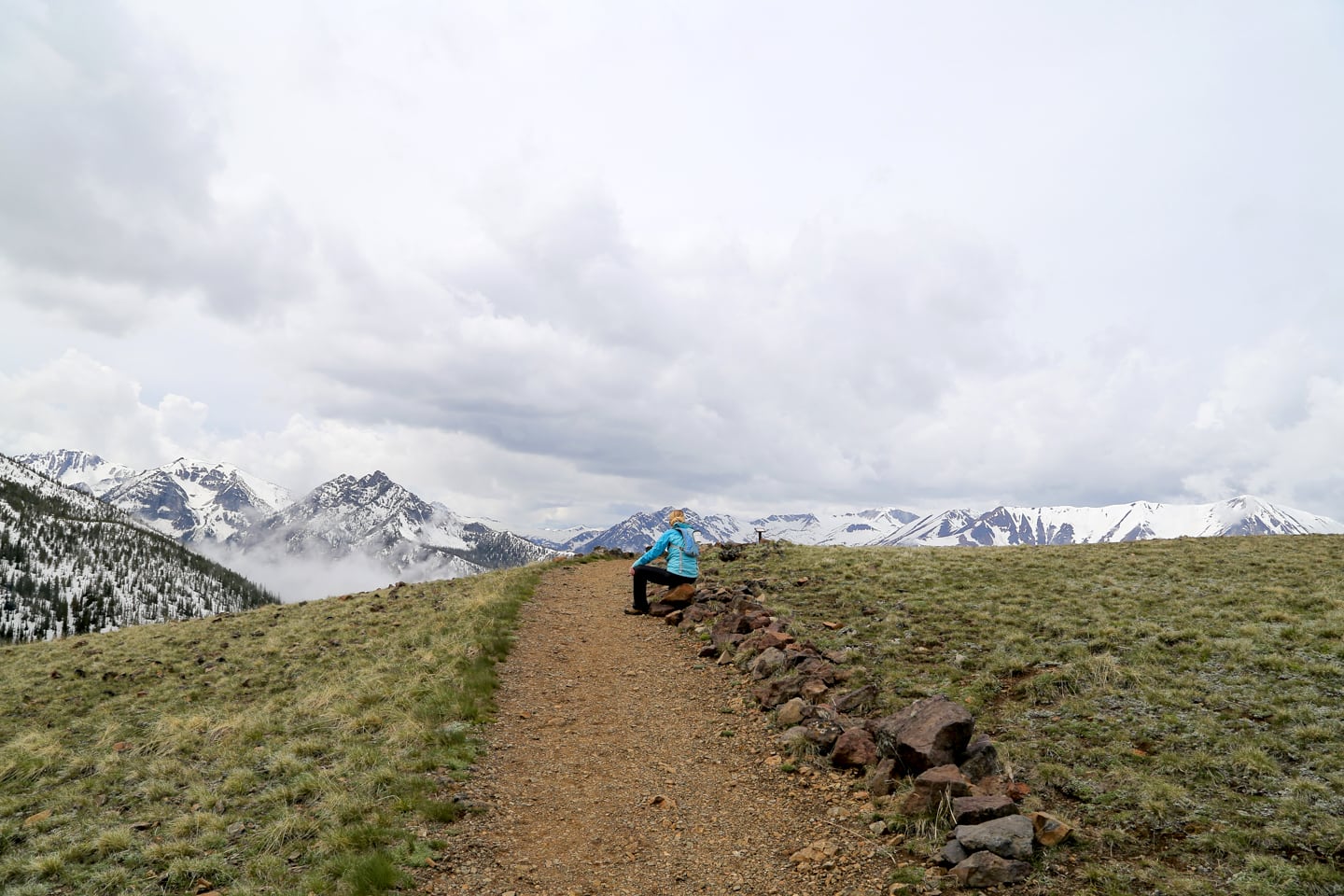 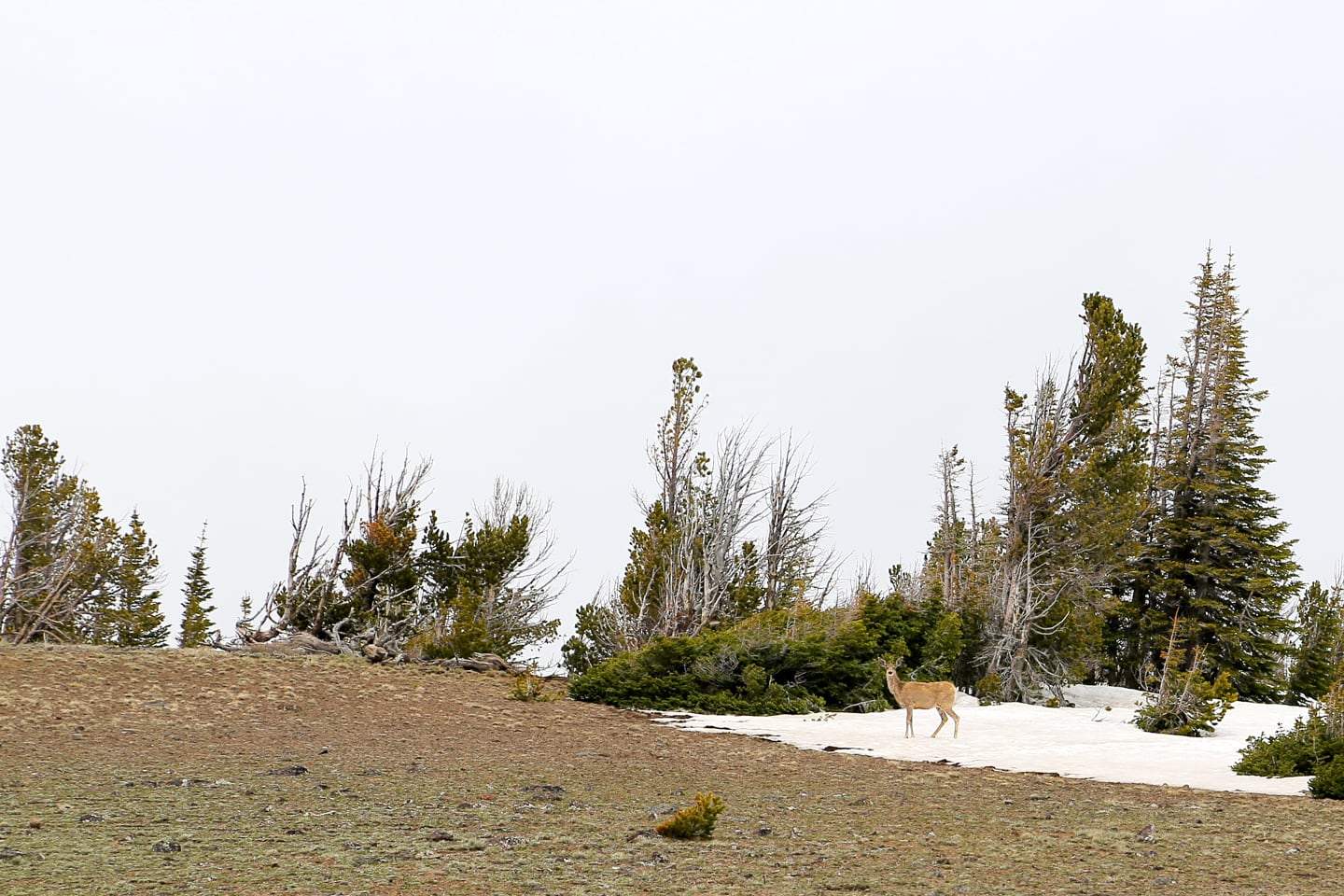 We saw just as much active wildlife on the summit as we did at lake-level, including this passing doe who didn’t seem to be in much of a hurry. 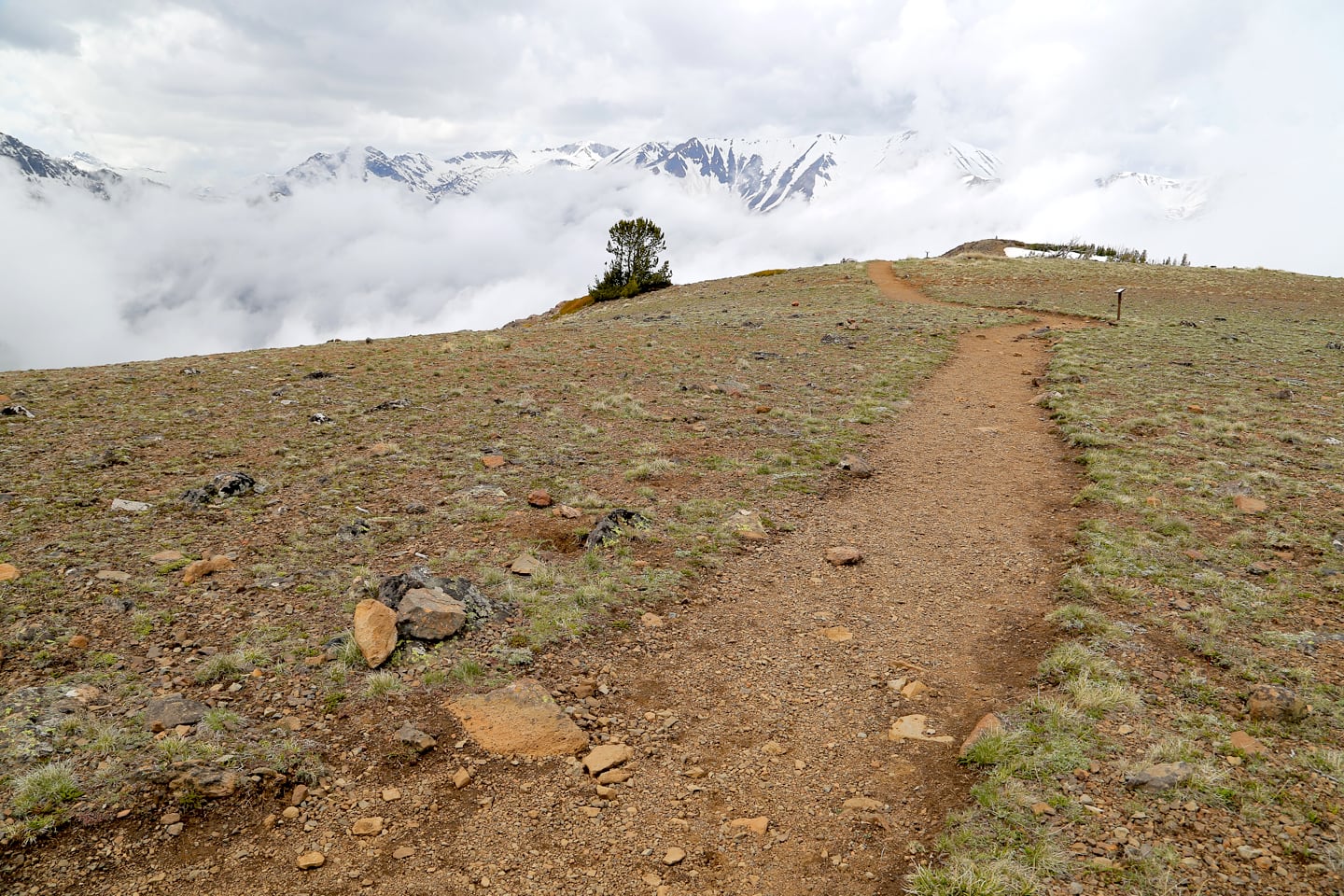 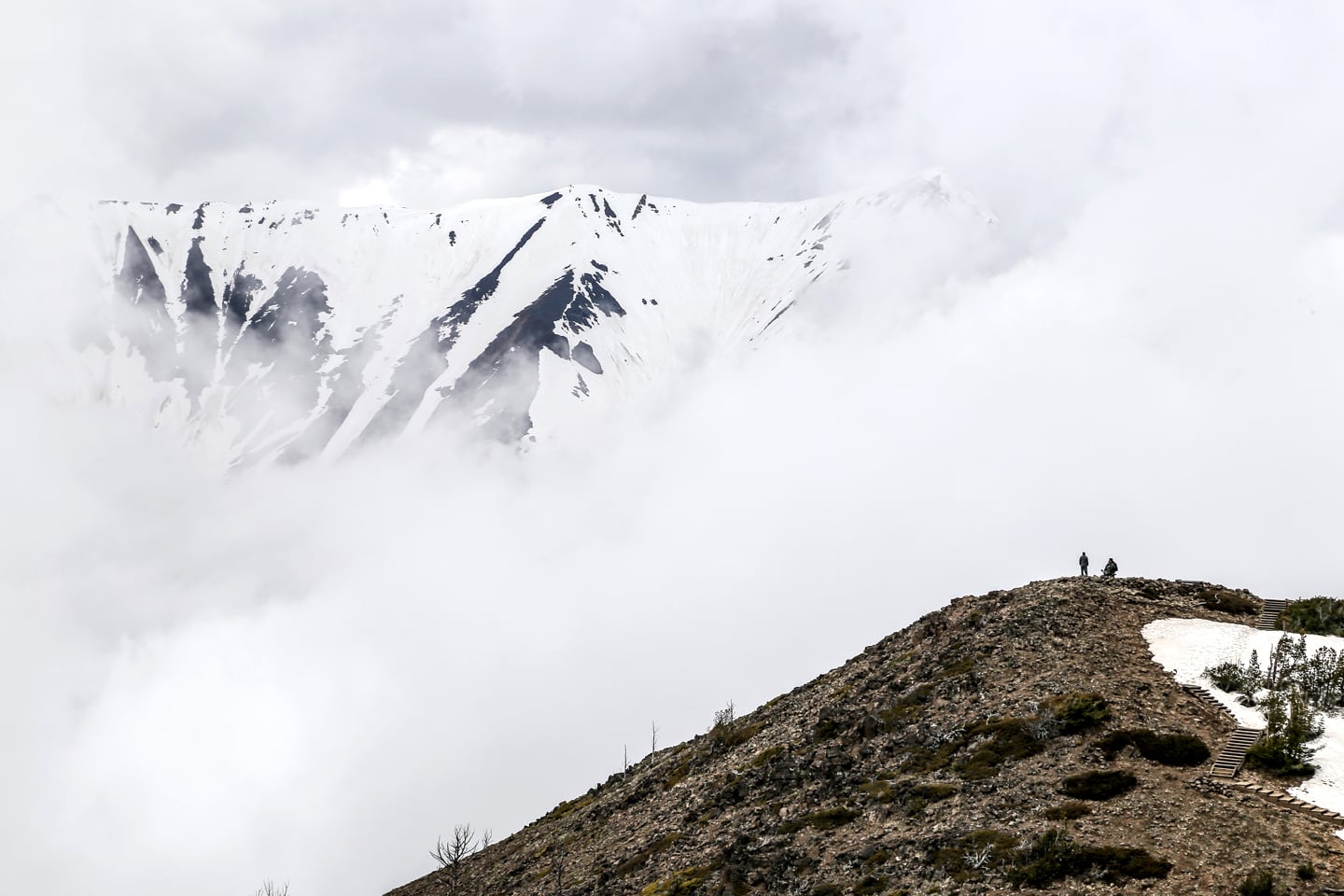 For Memorial Day Weekend, we were surprised to find only a handful of others on the summit taking in the incredibly vistas. 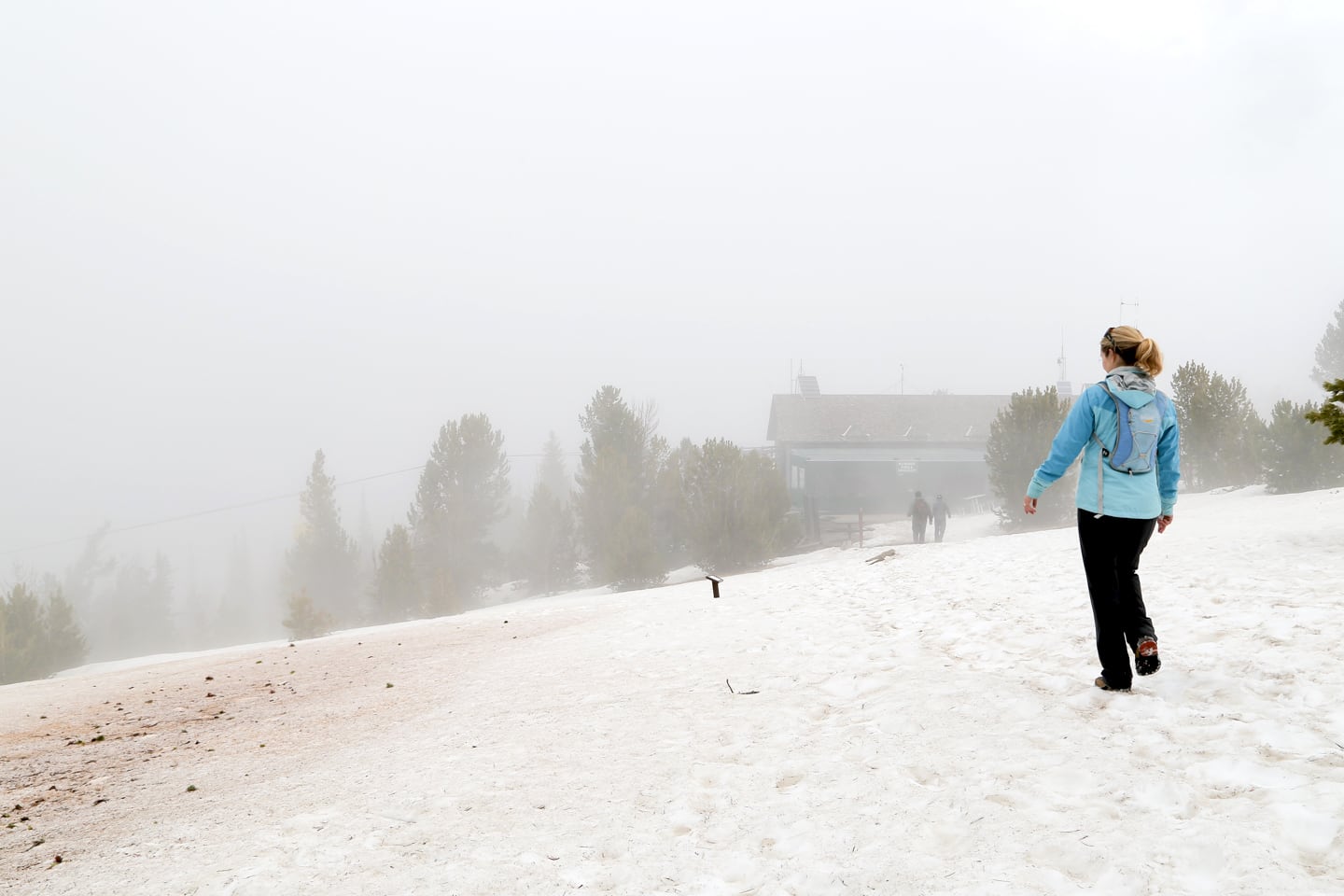 After a few hours on the mountaintop, the fog rolled in and obscured much of the view from the summit.

Apparently, the weather is very changeable on Mt. Howard and it is not uncommon for visibility to be quite good one moment and extremely limited the next.

There is a board listing current conditions at the bottom of the tramway (lower tramway station), which is helpful for planning your ascent.

Tickets for the Wallowa Lake Tramway are not cheap, so best to check out the conditions ahead of time to avoid disappointment.

Have You Taken the Wallowa Lake Tramway? 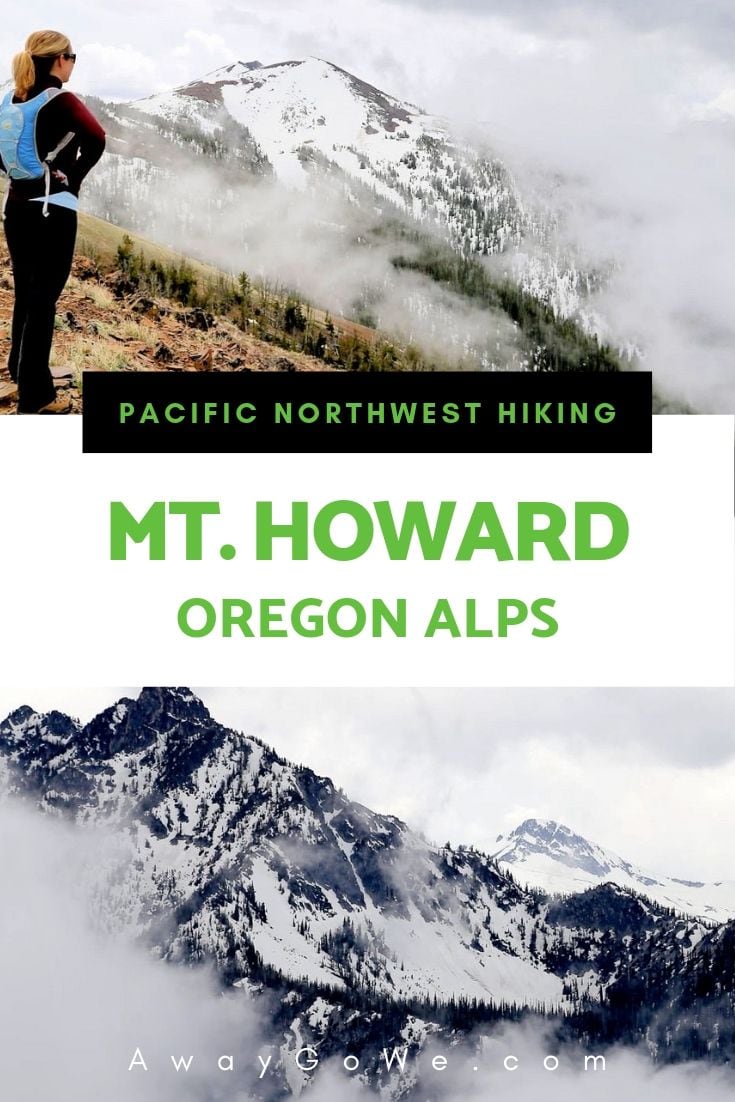