The 1600-year-old land walls of Istanbul (city walls of Constantinople) are an unforgettable urban adventure. What to know before you visit.

Istanbul land walls, Old City walls, Theodosian Wall, and Walls of Constantinople are all popular names for the ancient ramparts constructed nearly two millennia ago to defend this great city.

Known by many names, the Istanbul walls are not yet widely known to mass tourism.

A relative few, however, seem to make it beyond the boundaries of Sultanahmet (i.e. the Old City), or are even aware that physical remnants of the ancient Istanbul walls not only exist, but offer a unique and unforgettable way to dive deeper into Istanbul’s past, present, and future.

What Are the Istanbul Land Walls?

The walls were constructed for the usual purposes of keeping invading marauders out–and the good times in.

A century later, the Theodosian Wall was constructed farther to the west, enlarging the city significantly.

We walked along remaining stretches of the Theodosian land wall, which was constructed in the 5th century, A.D.

Much of the original wall is either in poor shape or no longer exists. However, a handful of pockets of ramparts and fortresses have survived, some having been beautifully preserved and/or restored.

Together, these make up what is known today as the Istanbul walls (or Land Walls). 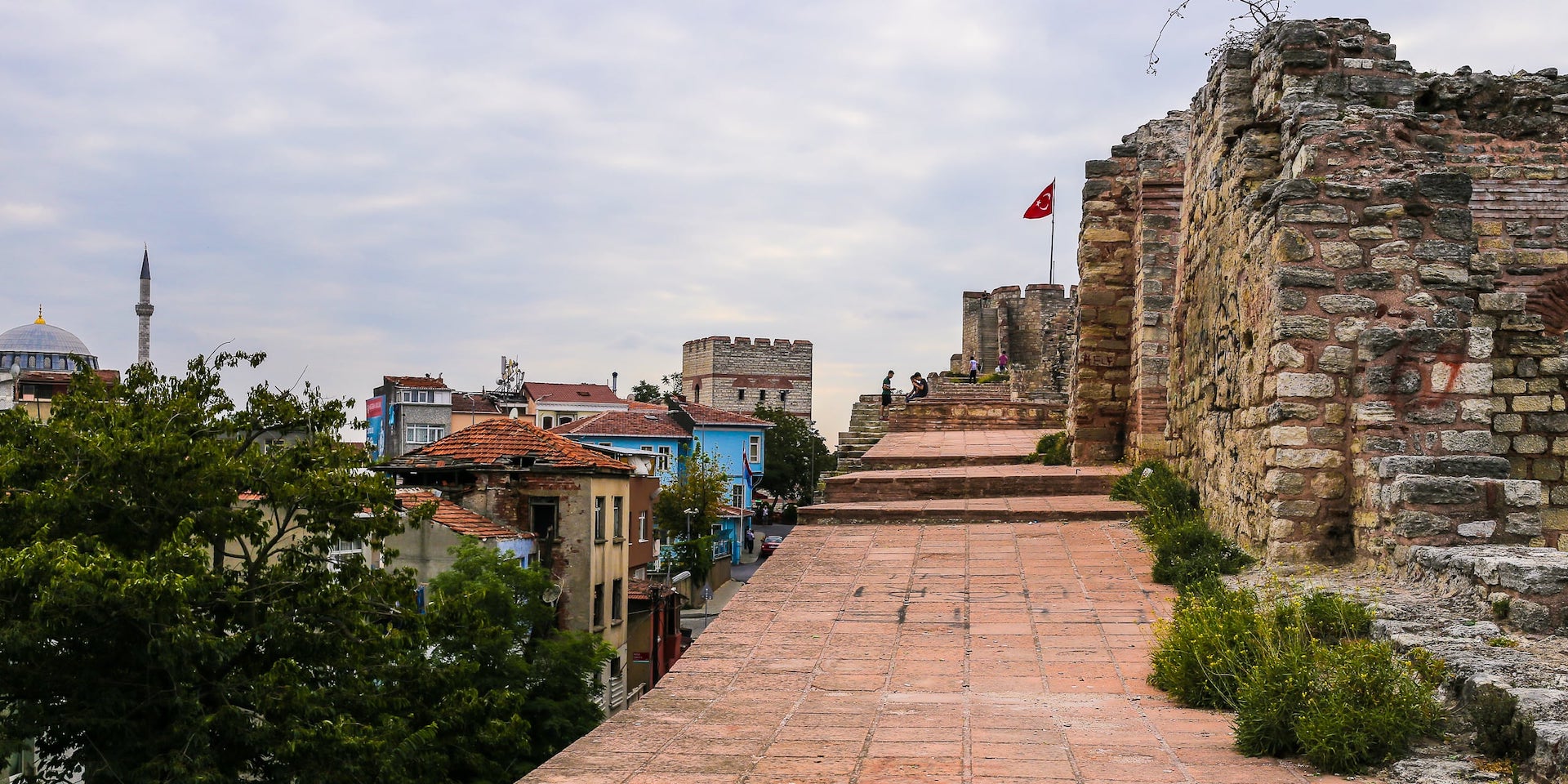 Why Visit the Istanbul Walls?

The Istanbul walls cut through a fascinating area of the city that differs significantly from the primary tourist centers, lending a far different perspective on daily life in this city of 15 million.

Climbing the land walls, however, was the highlight of our trek (yes, you can even climb the ramparts in some sections!), offering stunning views of the massive sprawl that is Istanbul in the 21st century.

While exploring the ancient land walls, we came across a coffee shop, perfectly positioned to take advantage of all two of the wall’s visitors (us) on this particular day. 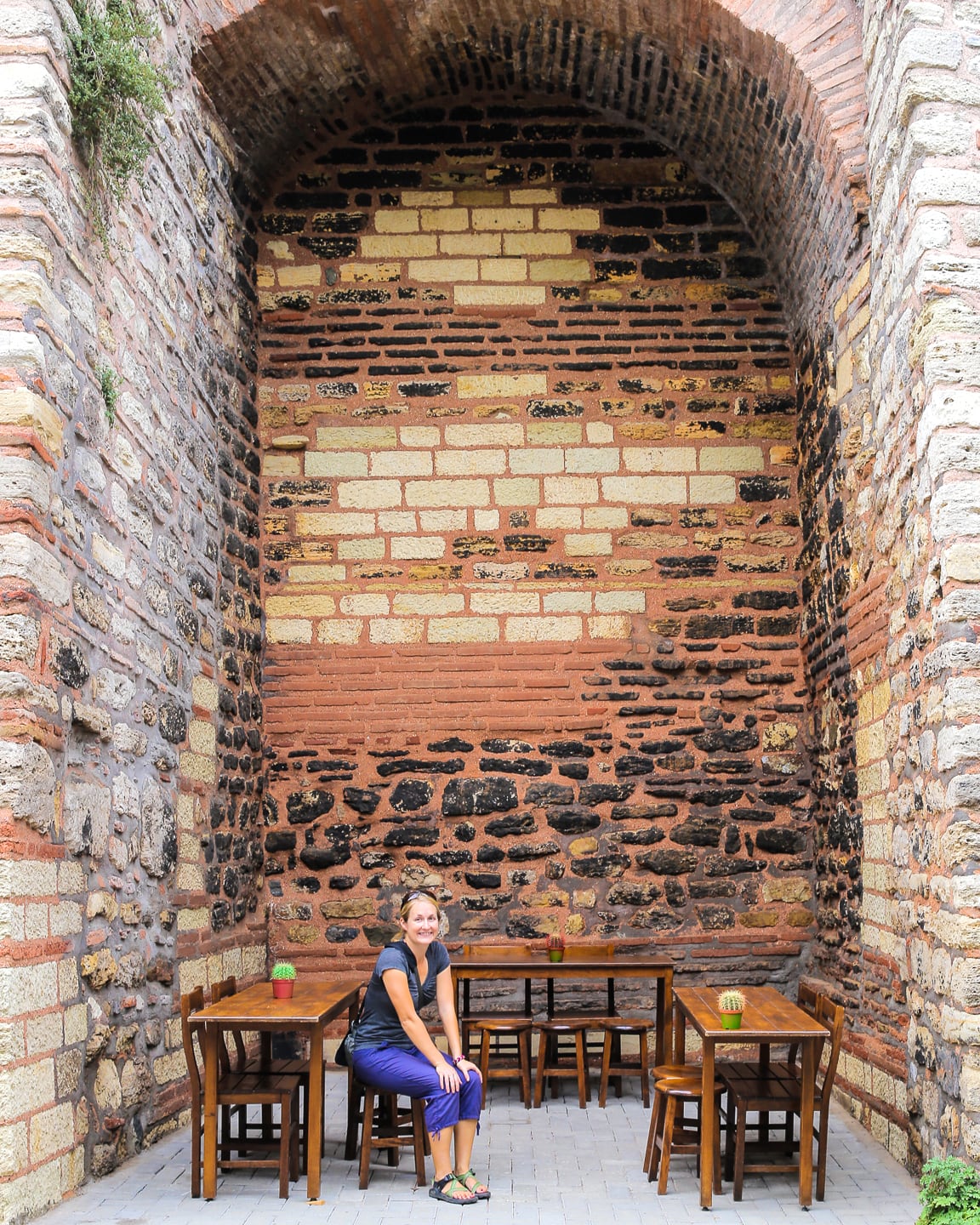 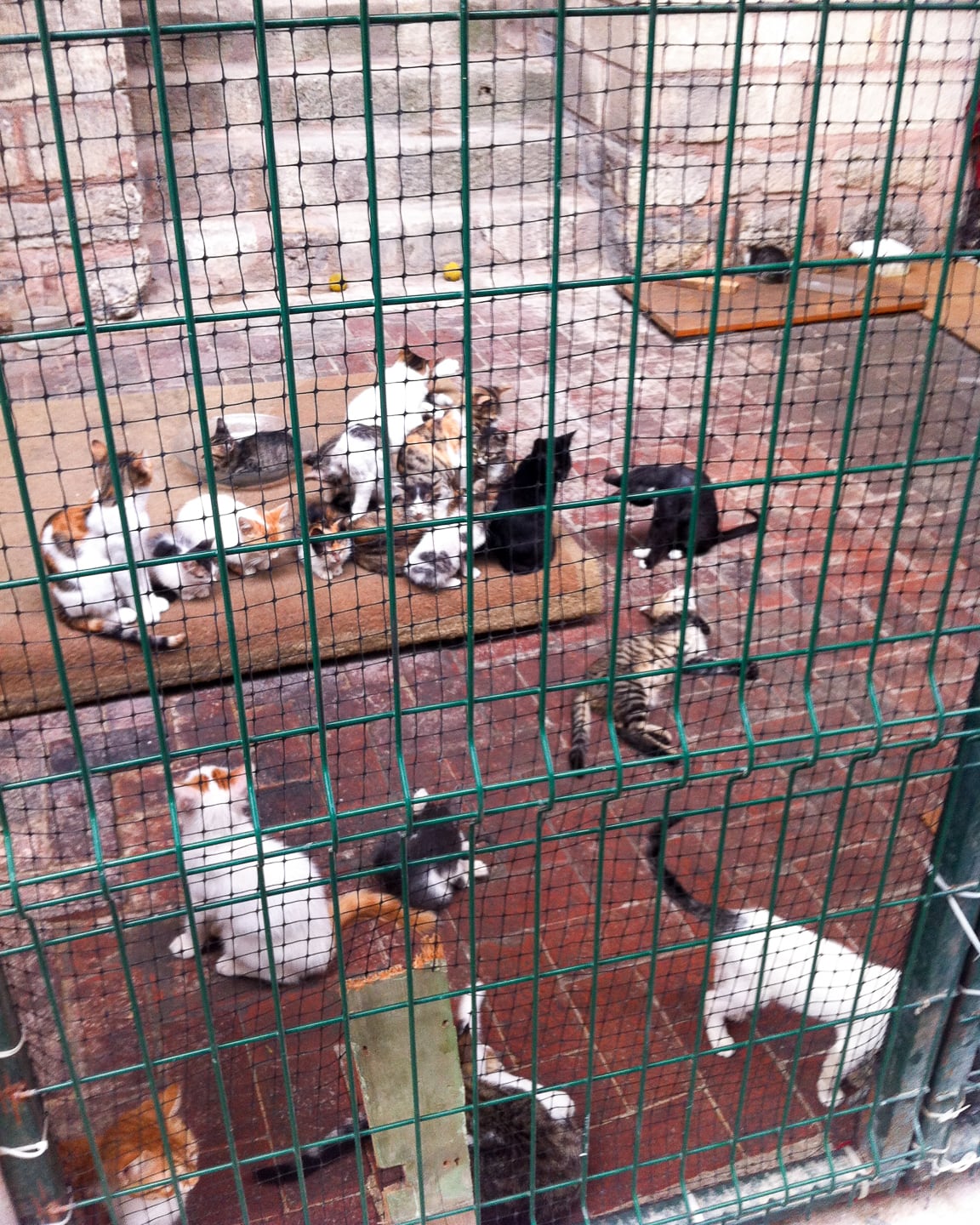 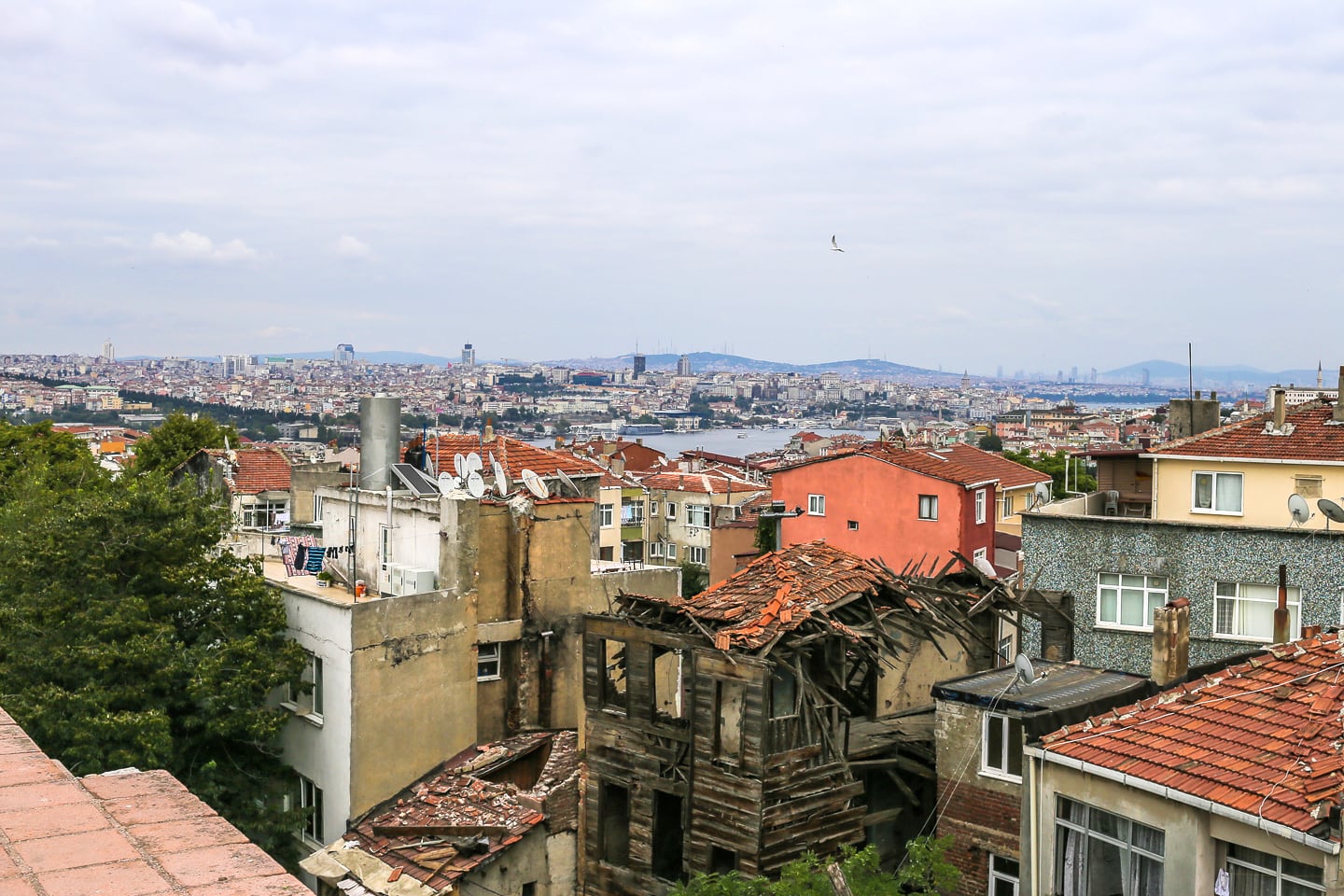 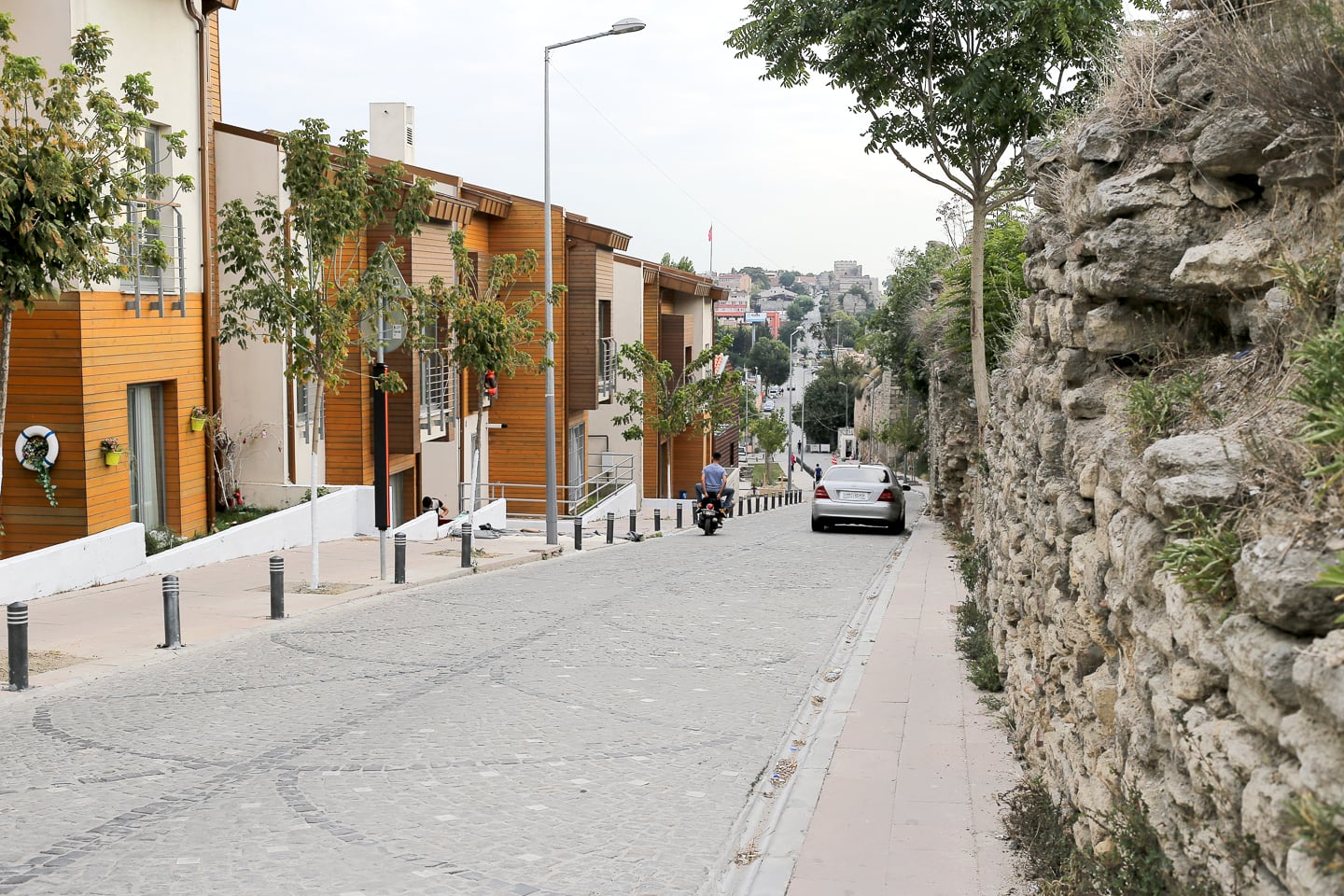 In addition to the amazing views and unique interaction with physical history, walking the length of the Istanbul walls also offers a glimpse into the city’s meteoric rate of gentrification.

In many ways, exploring the land walls is a perfect way to wrap up a stay in Istanbul, immersing yourself in the city’s ancient past while gaining insight into Istanbul’s future. 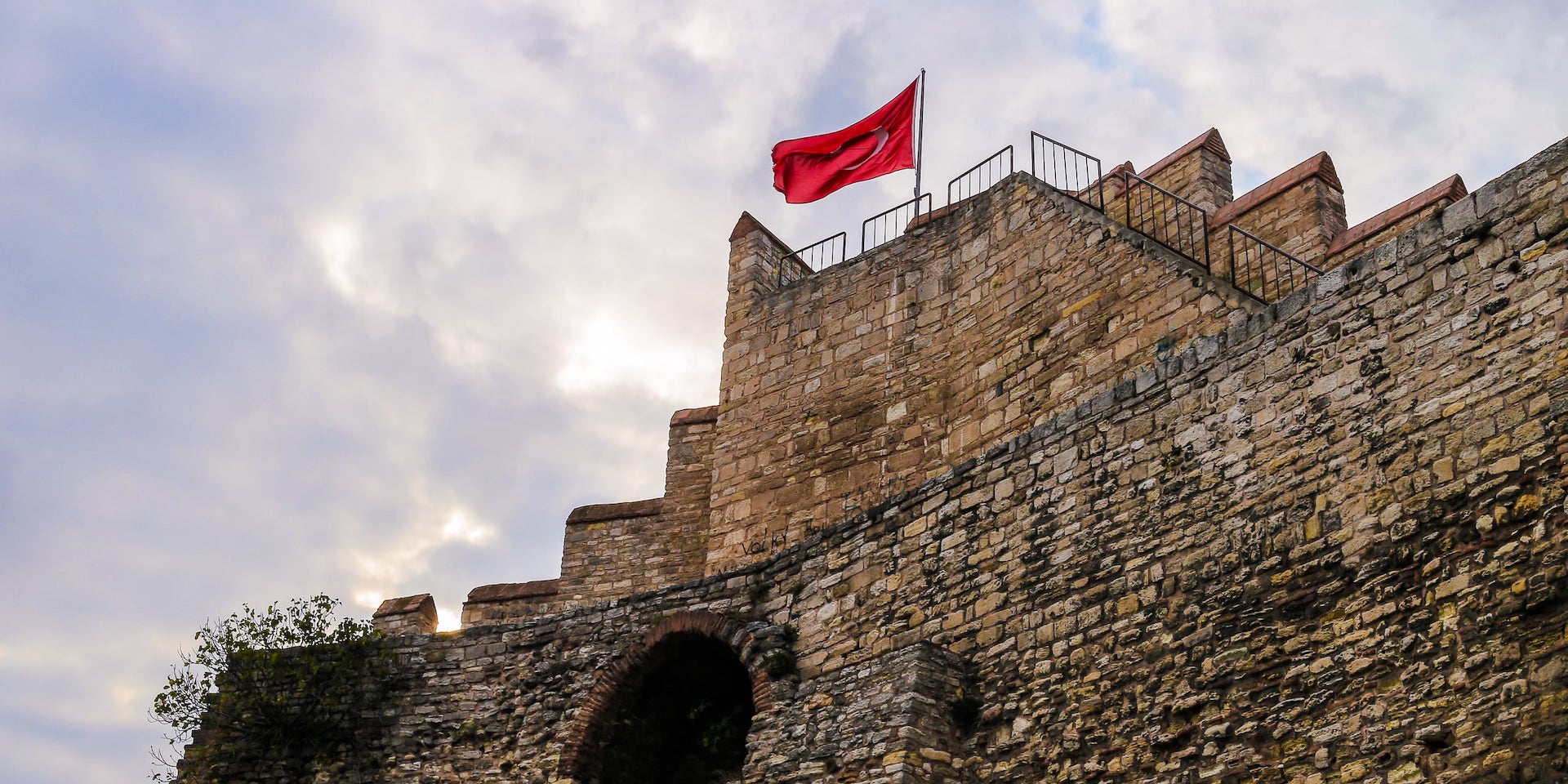 How to Visit the Land Walls

Visiting and walking along the Istanbul Land Walls is fairly straightforward, and only costs the price of a ferry ticket or taxi to get you there.

We took the ferry to Golden Horn Park (Haliç Parkı) / Ayvansaray Ferry Stop at the northernmost point of the land walls, where the walls meet the Golden Horn.

See table above for GPS coordinates and other helpful information. 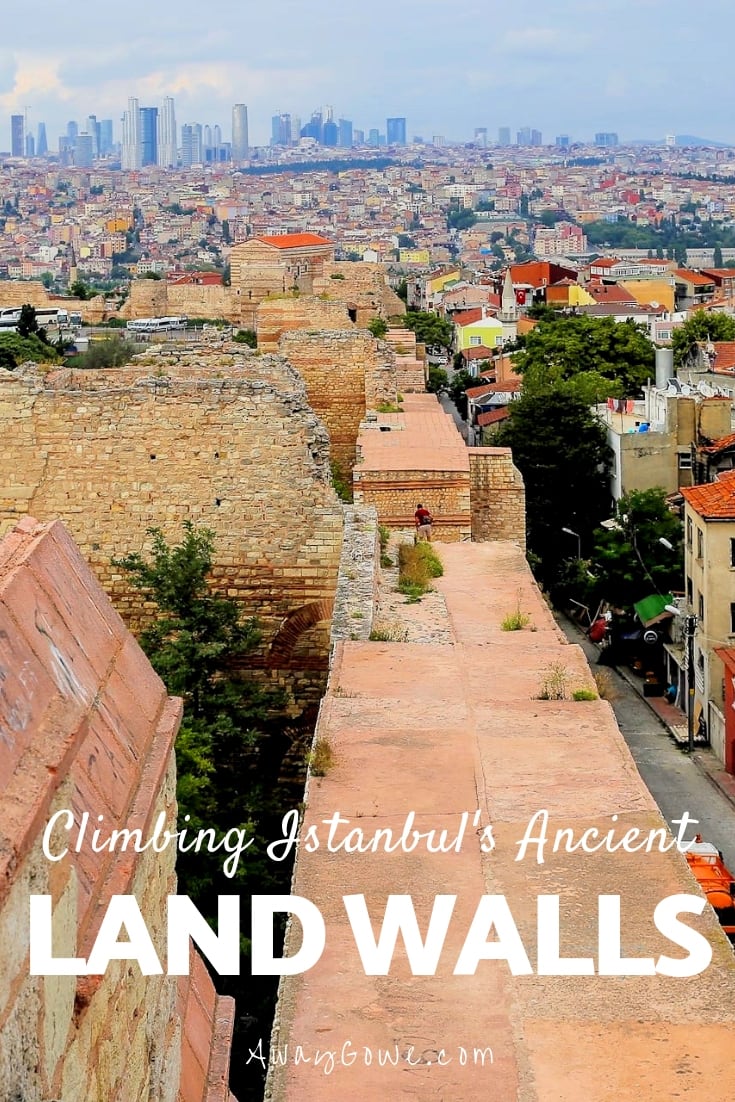 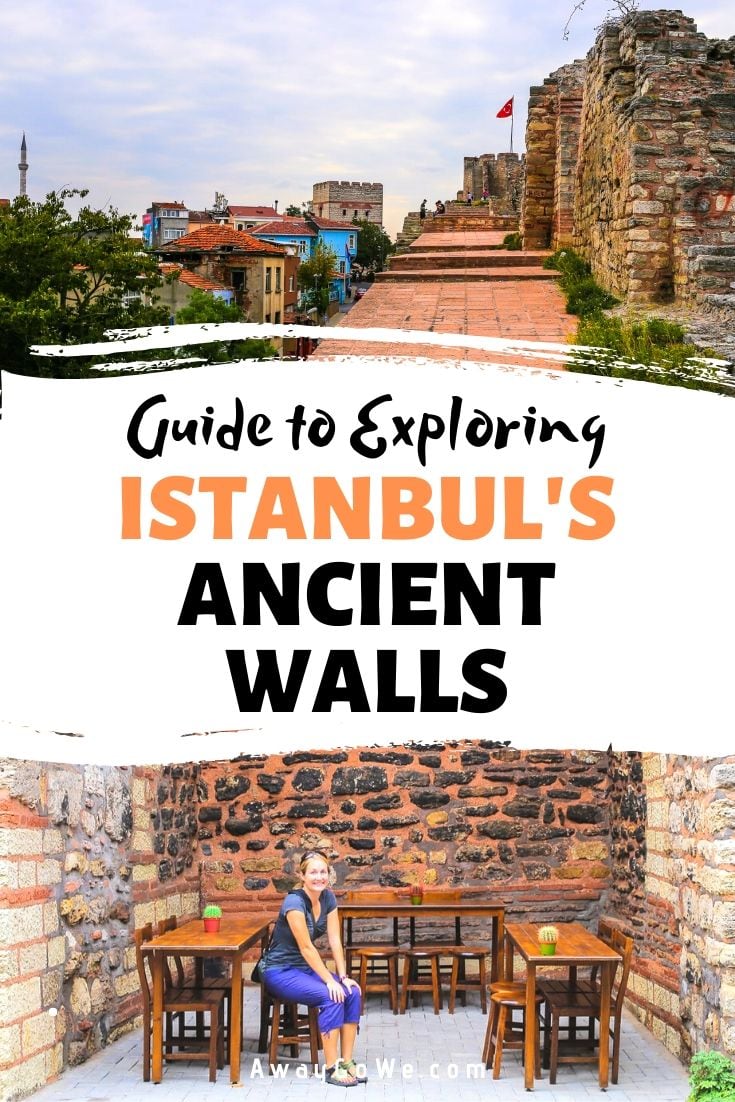 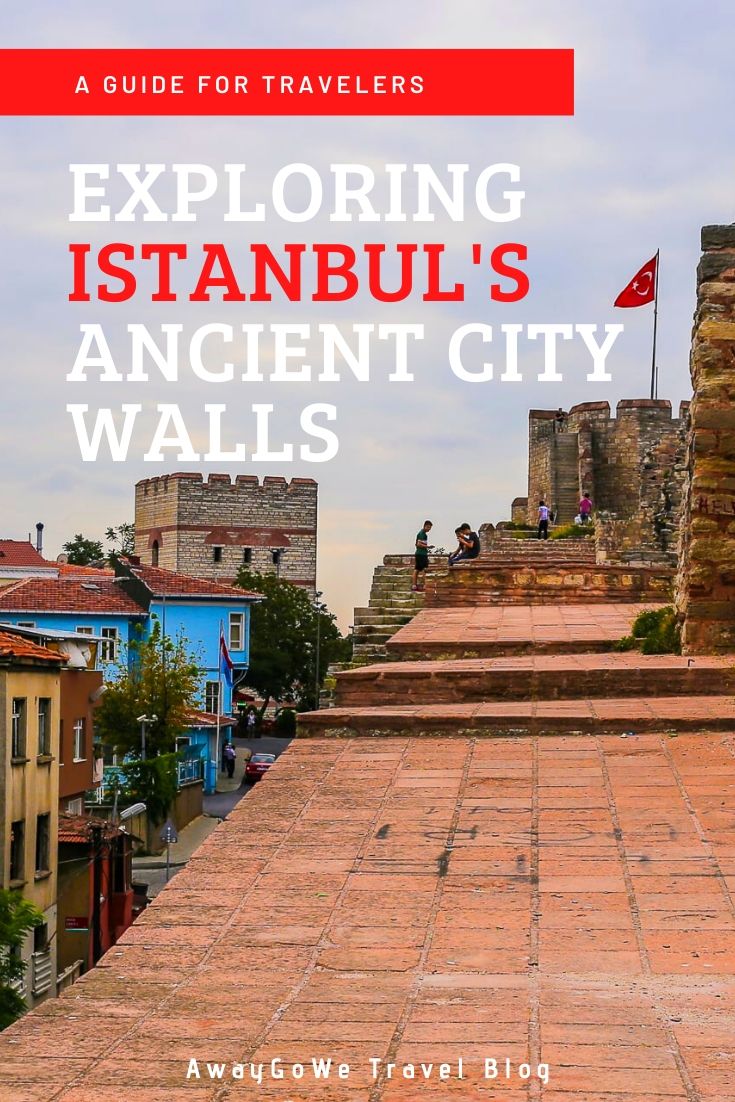