The Old Swahili Isle Of Lamu

Lamu, Kenya. It’s magical, it’s mysterious, it’s endangered. Travel tips and what to expect from a visit to one of the world’s ancient and remote corners.

Lamu is one of my all time favorite places I’ve ever had the privilege of visiting. I traveled solo to Lamu and stayed for five nights in late July, following seven weeks in Uganda conducting two research studies for the World Bank.

It had been a fairly intense seven weeks and my time spent on the Kenyan Coast was an opportunity for some much needed R&R.

I think Lori resents Lamu a bit, given that I went there with out her and gush about my visit frequently, but hopefully the two of us will have an opportunity to return in the not too distant future before the island and region changes forever.

This is my trip report from a week based out of Lamu Town, with helpful tips for your own Lamu adventure. 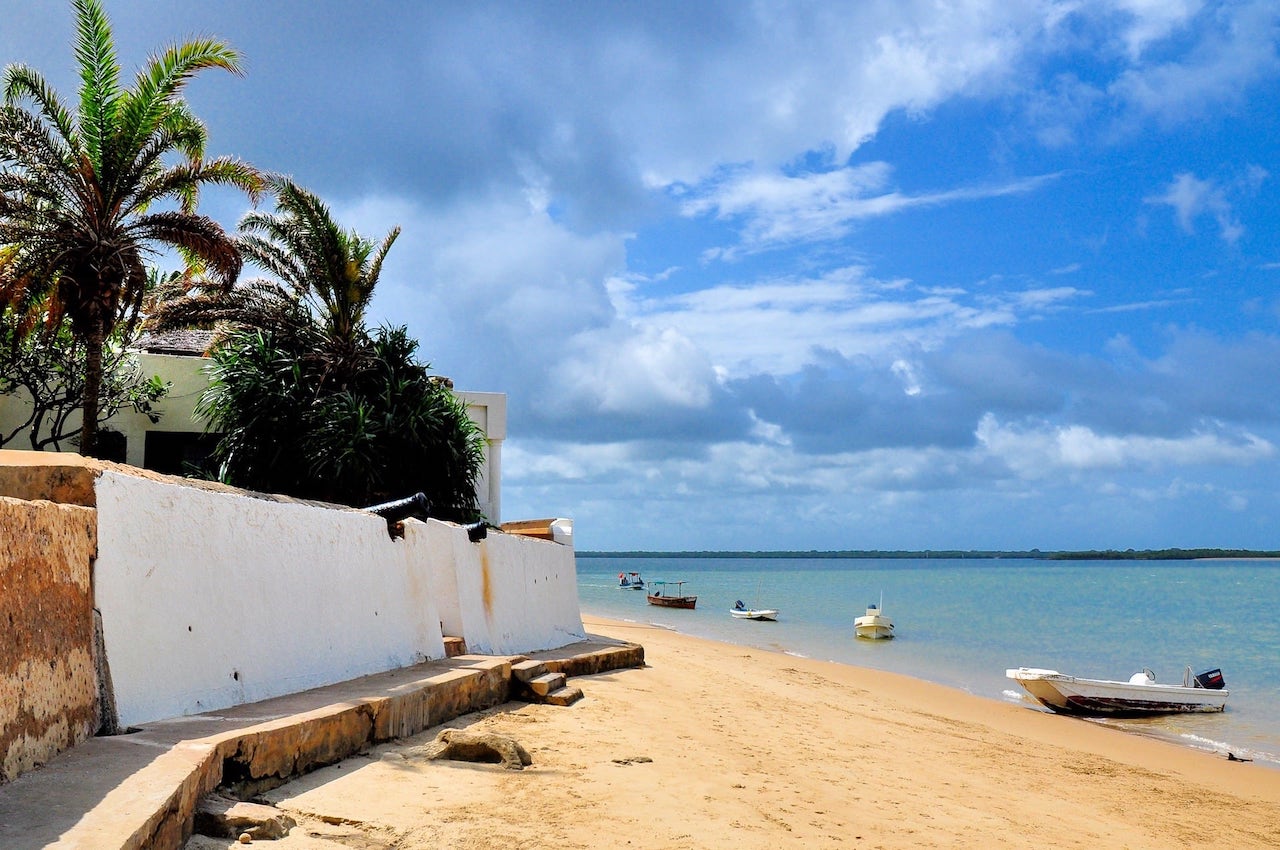 Evocative beaches, top stays, and what you need to know for planning the perfect trip.

The first time I ever heard of Lamu was actually in a guidebook.

It wasn’t so much what the guidebook said about the UNESCO World Heritage Site that intrigued me, but rather the walking tour map provided, which resembled one of those labyrinth games where you have to get the silver marble in the hole on the other side of the wooden box.

Simply put, it was like nothing I had visited before (I hadn’t yet been to Zanzibar) and was intrigued. 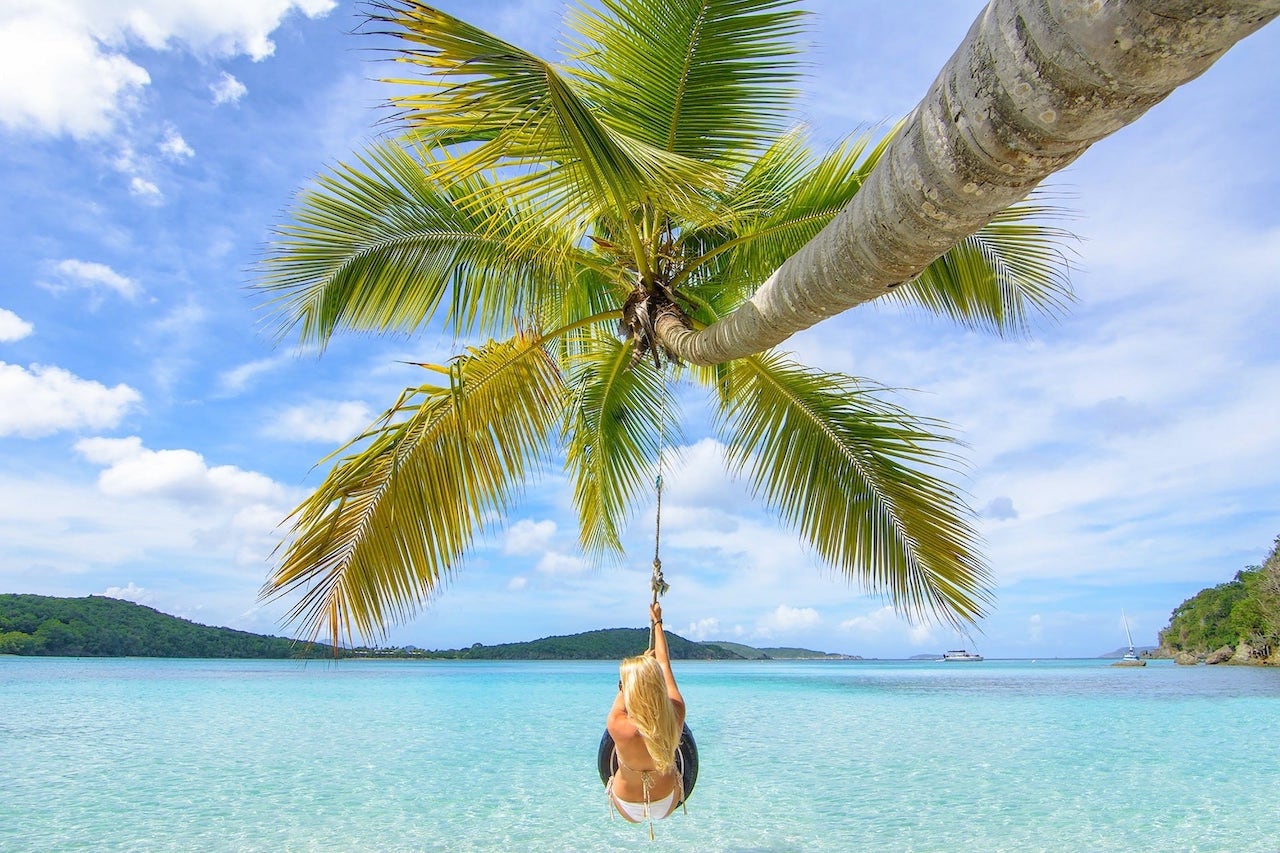 Do you connect to public WiFi when traveling? Don't Miss...

7 Reasons Why You Need a VPN for Travel

Not sure what a VPN is? Read our straight-forward article on why we always use a VPN, and why you'll want to as well.

Getting to Lamu Island

If you don’t take a plane, and don’t take your chances with pirates on the high seas, you get to Lamu by bus.

I’ve been on countless bus rides on unsealed roads through the bush, but this particular journey was in a class by itself.

The first portion of the journey out of Malindi on the Tawakal bus was on beautiful sealed tarmac.

But then, after an hour or two, the bus headed off the main road (as if picking a point at random) and spent the next four hours hopping and dodging its way over the most insanely rutted out excuse for a highway you can think of.

Of course, our bus broke down – it was bound to happen, and seemed only fitting.

Thus, I spent an hour sitting under a shade tree, chewing on sugar cane and watching the other passengers (including a smattering of other foreigners) mill about.

The most notable thing of the whole affair was that a) the bus happened to break down in front of a mechanic’s hut (mind you this was the only village we had encountered for an hour), and b) the mechanic managed to fix the entire problem by climbing up through the front wheel well.

It was fascinating watching his two legs planted in place while various belts and hoses periodically flew out from behind the mammoth tire.

After a long, hot, and harrowing journey, we finally reached Mokowe, which was not my final destination, but merely the small village from where you catch the ferry to Lamu Town.

But we were so close, I could feel it. Even as we were standing in a barren field staring at a lonely waterway waiting for a rickety wooden boat, you could just feel that stuff was about to get real.

The ferry made its way through the narrow passage between the mainland and Lamu Island, passing Manda Island on the left.

There isn’t much to see on the way — mostly mangroves — that is, until the magnificent old Swahili stone and coral buildings came into view.

Then, suddenly, you begin to realize you are approaching some place very special.

While accounts of Chinese merchant ships date back to at least 1415, Lamu has been a key Swahili settlement since the 1440s.

And indeed, the history of Lamu is one heavily influenced by the contributions of various cultures and ethnicities (as is Swahili culture).

Arabs, Portuguese, Chinese, British and of course, Bantu Africans, have all made indelible marks on the island and the culture.

The primary religion is overwhelmingly Muslim — there are over 40 mosques on the small island! (nearly a dozen in the town center — which becomes sort of a “Battle of the Mosques” at prayer time, with the various Muezzins all calling out over the loudspeakers simultaneously (even at 4am!).

Incidentally, I had some great chicken wraps and ice coffees during my time in Lamu at a place called Whispers Cafe.

It’s sort of a place that caters to Euro/expat/”foreign” tastes, and I certainly found it a welcome respite following two months of chipatis, matoke, and hotel food — not that they weren’t all delicious on their own.

I was not completely on vacation during my time in Lamu, as I still had a field report to write, so I found Whispers to be a great place to get work done as well.

The cafe had a nice quiet atmosphere with a lovely little outdoor courtyard, and a power outlet nearby! And the staff (and woman who runs the joint) were also friendly and professional.

Oh, and the food and drinks were delicious and reasonably priced, especially given that they serve stuff you just can’t find many places on the Kenyan Coast.

I asked the owner how she achieves this and she chuckled and answered with a reasonable reply:

“The business doesn’t make any money…we barely break even…but I wouldn’t have moved to Lamu if we just wanted to make money.”

Speaking of money, one can’t help but wonder what people do in Lamu to make a living.

There seemed to be a good amount of construction going on, certainly in nearby Shela. It was also evident a lot of folks make their living from the sea — fishing, transporting, and whatnot.

But the question did weigh on my mind (from a sociological, but also personal, perspective), especially as I began to wonder if there was a place for myself in the Lamu economy.

Yep, it’s safe to say I considered living in Lamu multiple times each day. I even looked a bit into physical therapy prospects for Lori, and there were actually a few.

You may have noticed I have a lot of photos of boats and donkeys. That’s because those are the only two modes of transport on Lamu.

True, the public works department (if I recall correctly) did have a small golf-cart like vehicle that roved up and down the waterfront. But besides that, everything and everybody got around by foot, by mule or by boat.

Frequently, I’d find myself having to hug up against the side of a narrow passageway to let a team of mules carrying sand, lumber, or whatever you can think of, up the road.

Due to this organic form of transportation, the streets of Lamu are often covered in mule poo (which has more than its share of critics on TripAdvisor, believe me). But, hey, it’s all part of the magic of Lamu. You really do feel like you’ve been transported back 500 years.

I actually really wanted to stay at Yumbe House, an old traditional Swahili coral castle, but it was full (though I did end up being able to move over to Yumbe for my last two nights in Lamu (see below)).

Casuarina is quite basic, but still authentic feeling – and the staff is incredibly friendly. Yumbe house is a bit more upmarket feeling…and twice the price.

I paid US$11 for a double room with en suite (cold water) shower at Casuarina, and about US$20 for a very comfortable triple en suite room with outdoor covered area for relaxing (or even sleeping) around the courtyard.

I will say that Casuarina isn’t the easiest place to contact ahead of time…you really just have to show up. But it’s easy enough to find (it’s a big three-story building on the water front near the ferry dock). Yumbe House on the other hand…

Lamu Town is also quite beautiful after nightfall, as the alleyways are illuminated in various shades and townspeople leave the shaded safety of their homes to enjoy the lovely Kenyan Coast evening.

From day one, I wanted to stay at Yumbe House, but they were all booked. At the time of my visit to Lamu, it was difficult, if not impossible, to call ahead (or book online) and reserve any place in Lamu Town.

Upon arrival, I headed directly to Casuarina, mostly because it was marked on my map and I knew it would be a sure thing. I booked a night at Casuarina, hoping that Yumbe House would have availability the next day.

I headed over to Yumbe House and was able to book ahead a few days, staying there during the last two nights of my trip.

Casuarina Rest House was perfectly sufficient, but Yumbe House was what I had yearned for: A basic, yet tasteful retreat deep in the alleyways of Lamu, and thoroughly Swahili.

It once served as a villa for a very wealthy family and is essentially a small castle made completely of coral brick, a common construction material in old Swahili settlements like Lamu and Zanzibar.

I had two beds in my room, but opted to sleep in the smaller of the two. Lamu nights can get quite warm and the smaller bed was near the window…and a cool evening breeze.

The room even had an covered outdoor area where you could lounge/ rest/ sleep/ chill and enjoy the awesome Kenyan coast weather, nature, and conversation from the courtyard below.

A Word About Health & Safety in Kenya

If you're thinking of visiting Kenya, you'll want to make sure you have a good travel insurance policy.

The majority of travelers to Kenya don't encounter serious issues with health and security, but stuff happens. Personally, we've had plenty of things happen that made us relieved to be insured — severe weather, road accidents, broken bones, and other nasties.

We use and recommend World Nomads for all of our independent travel overseas. We also have close family who have had good experiences with Allianz, which might be worth checking out as well.

Have You Visited Lamu Town in Kenya?

What did you think? Let us know in the comments below.

2 thoughts on “The Old Swahili Isle Of Lamu”