Carmel Mission | Why You Should Visit + What to Expect

Planning a trip to the Monterey Peninsula? Don’t miss stunning Mission Carmel. Here’s why and what to expect from your visit.

Carmel Mission is located in the Central Coast’s crazy charming Carmel-by-the-Sea and stands as a stunning testament to the ambitious and harrowing early days of European settlement in Alta (Upper) California.

We’re excited to take in the beautiful, historic, and contemplative structures and grounds with few other visitors just before sunset.

Carmel Mission can get pretty crowded in the summer months. But here in February, it’s perfect.

There may be no better month to visit central and southern California in that respect! 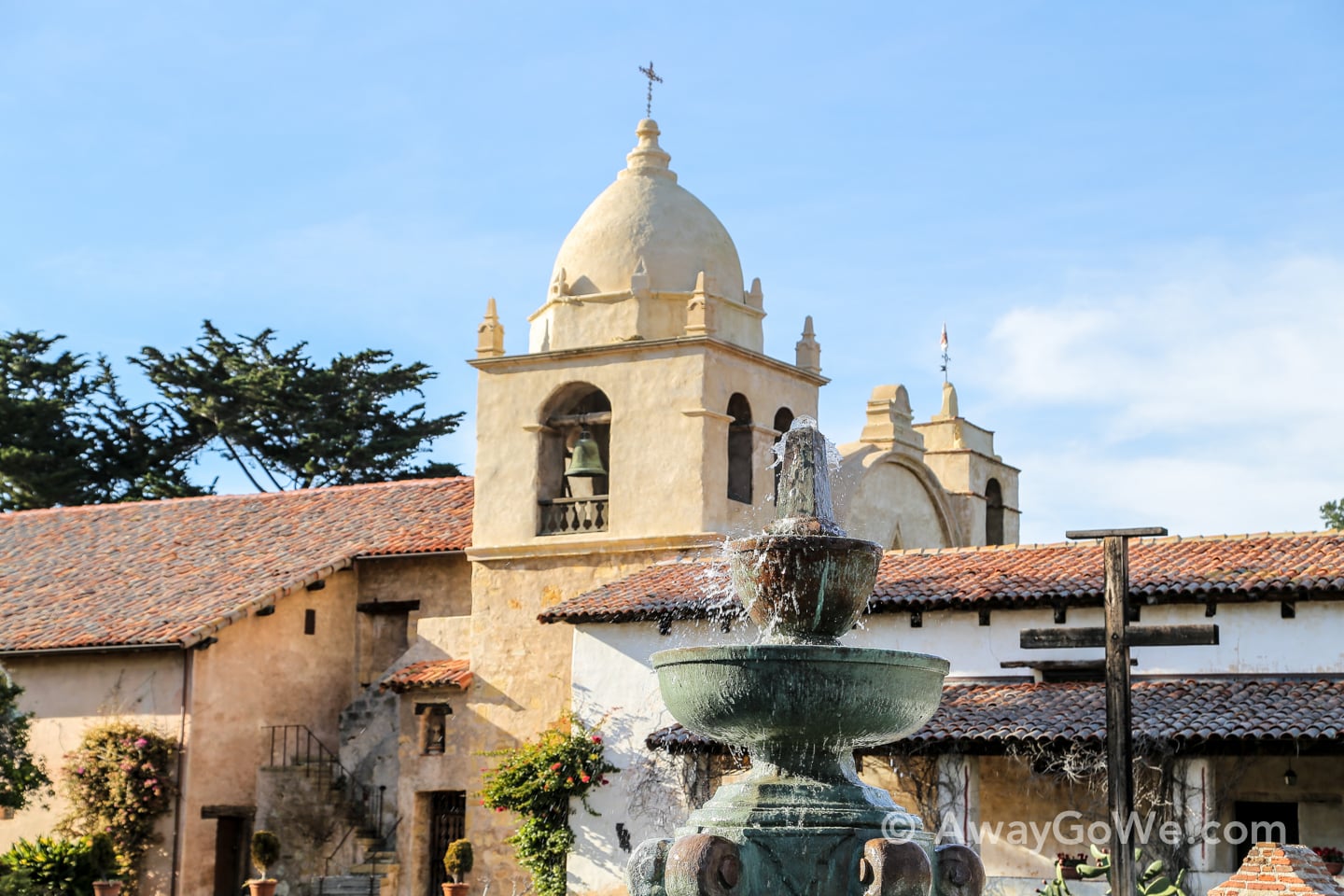 Why Visit Carmel Mission + What to Expect

Neglected for decades, yet intricately restored to a near-original state, Mission San Carlos Borromeo de Carmelo (or Carmel Mission for short) was the second of 21 Catholic missions founded by Franciscan Spanish missionaries.

Most notably, Carmel Mission served as the headquarters of Alta California’s missions and is the final resting place for Father Junipero Serra who led the establishment of the missions in California in the late 18th century. 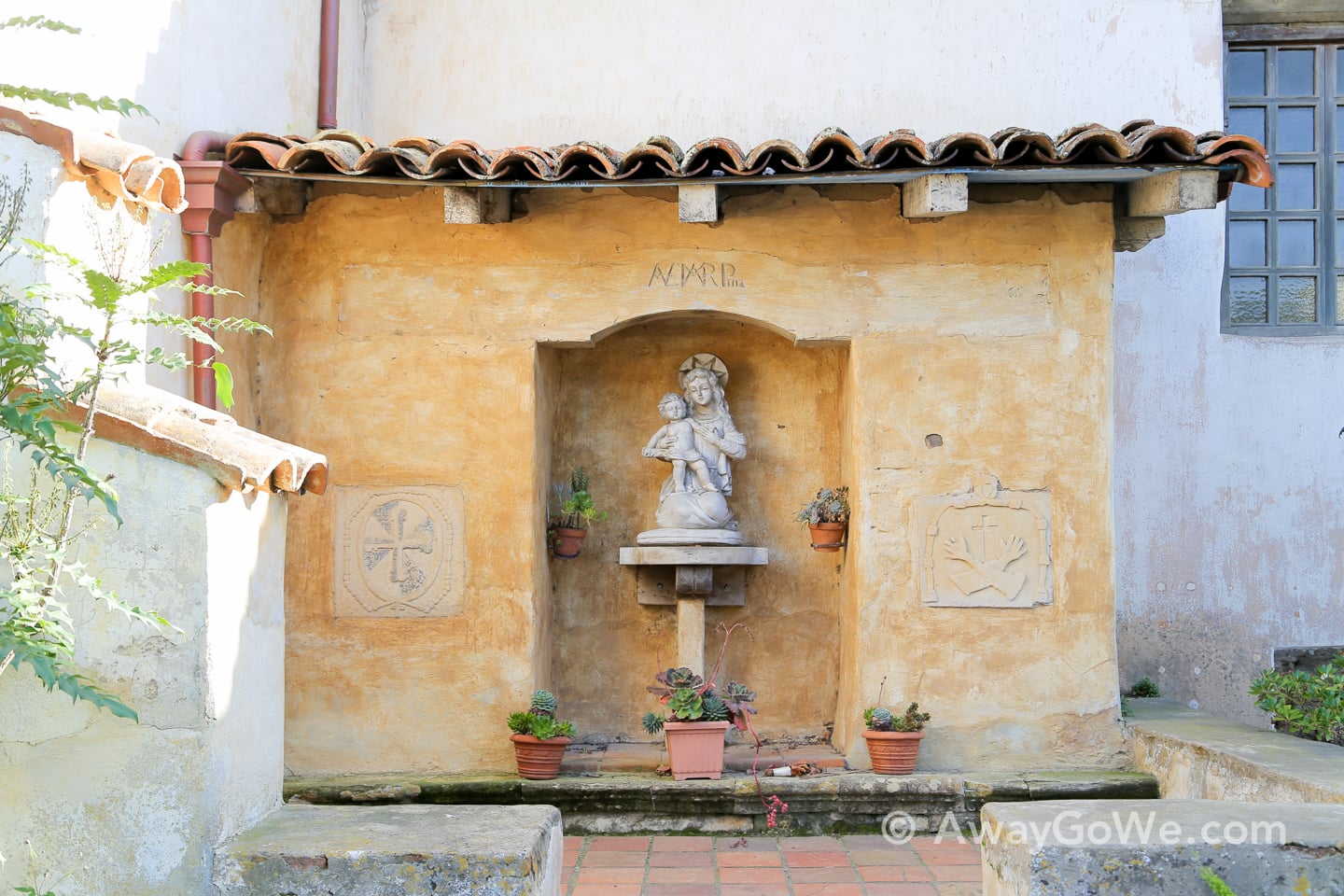 We happen to arrive at the start of a wedding, just as the bride is about to enter the sanctuary. Consequently, the sanctuary will be off limits to us during this visit, but there’s plenty else to see around the mission grounds.

To say that Carmel Mission is a popular wedding venue would be a gross understatement. The waiting list and criteria are insane. 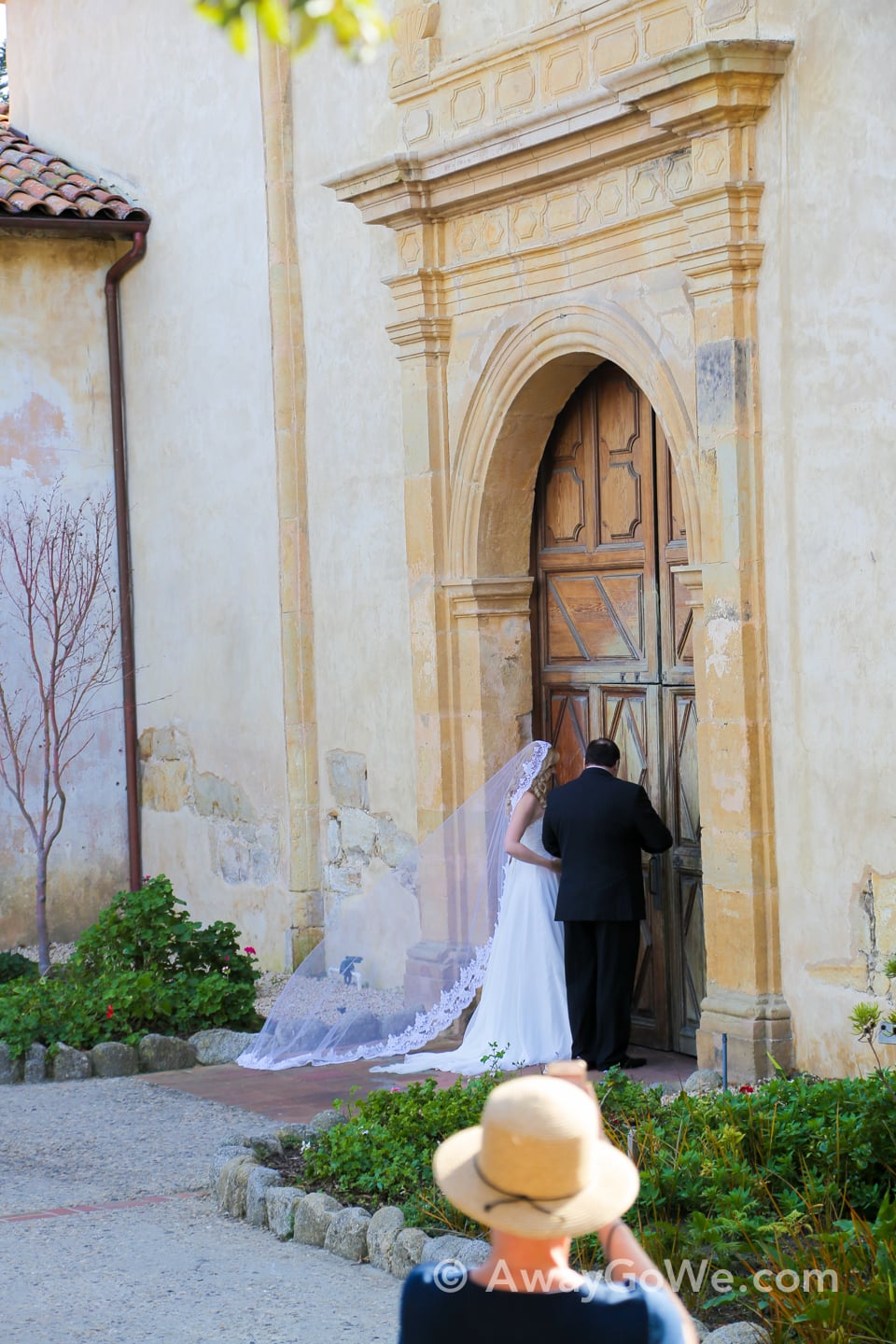 Carmel Mission was founded on Italian Saint Carlo Borromeo de Carmelo’s saints day in 1770. And it is for this saint that the city of Carmel (Carmel-by-the-Sea) is named.

Carmel mission’s prominent status also led to nearby Monterey becoming California’s first capital from 1777 to 1854, largely under Spanish and Mexican rule, until California was annexed by the United States following the Mexican-American war, in which Mexico lost half of its territory to its northern neighbor. 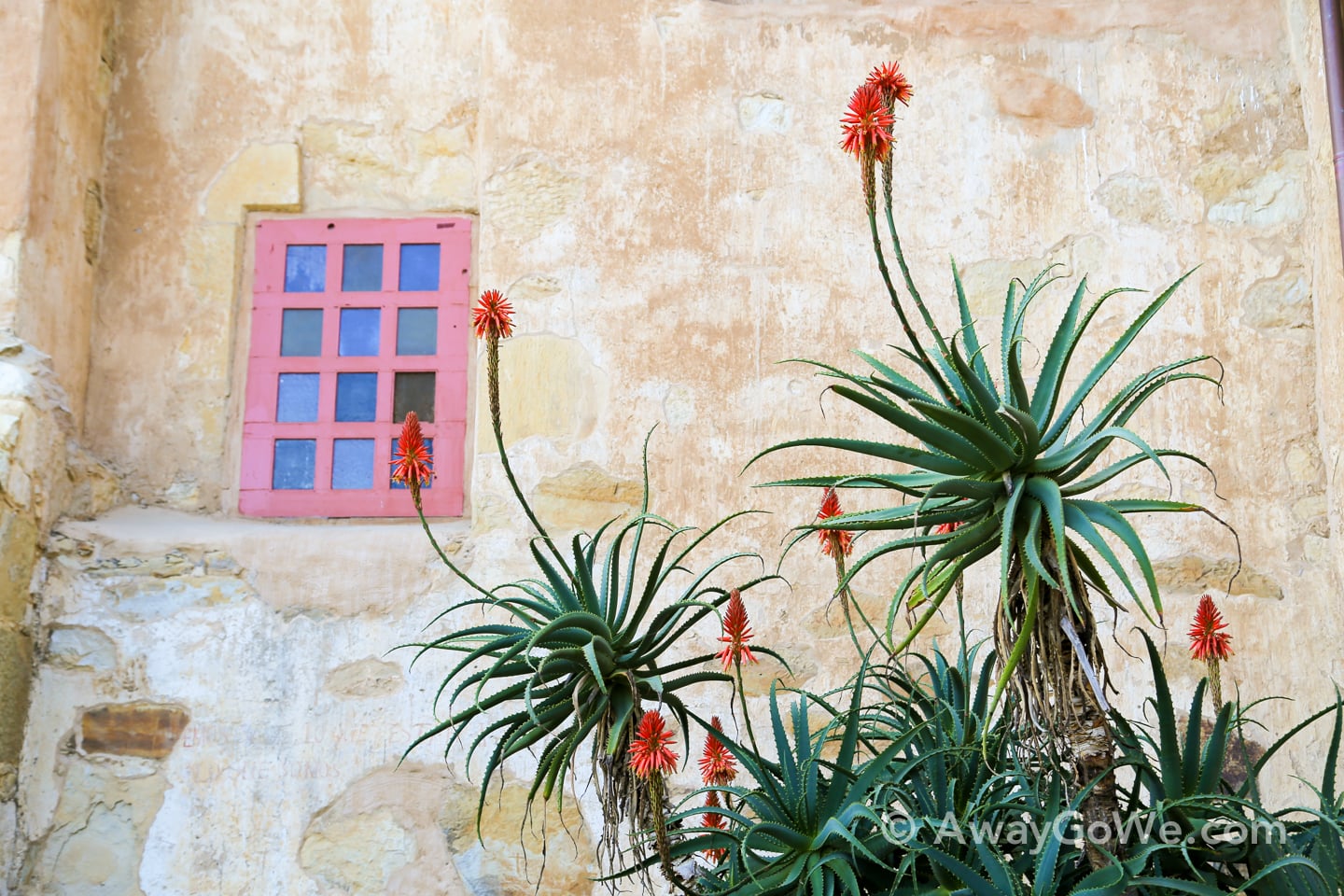 We had planned to stop at Mission San Juan Bautista near Hollister (one of the better known missions along the Camino Real (Royal Road)), but didn’t make it before closing on our way down.

One summer when I was a kid, my family did a tour of California Missions of sorts, hitting both San Juan Bautista and Mission Carmel. I remember enjoying exploring the old missions, but didn’t fully appreciate them at the time.

It was fun to take Lori on her first foray into the fascinating world of California Missions, many rivaling some of the best sights we have visited in Latin America and Europe.

Five turned out to be a good number for a ten day road trip. 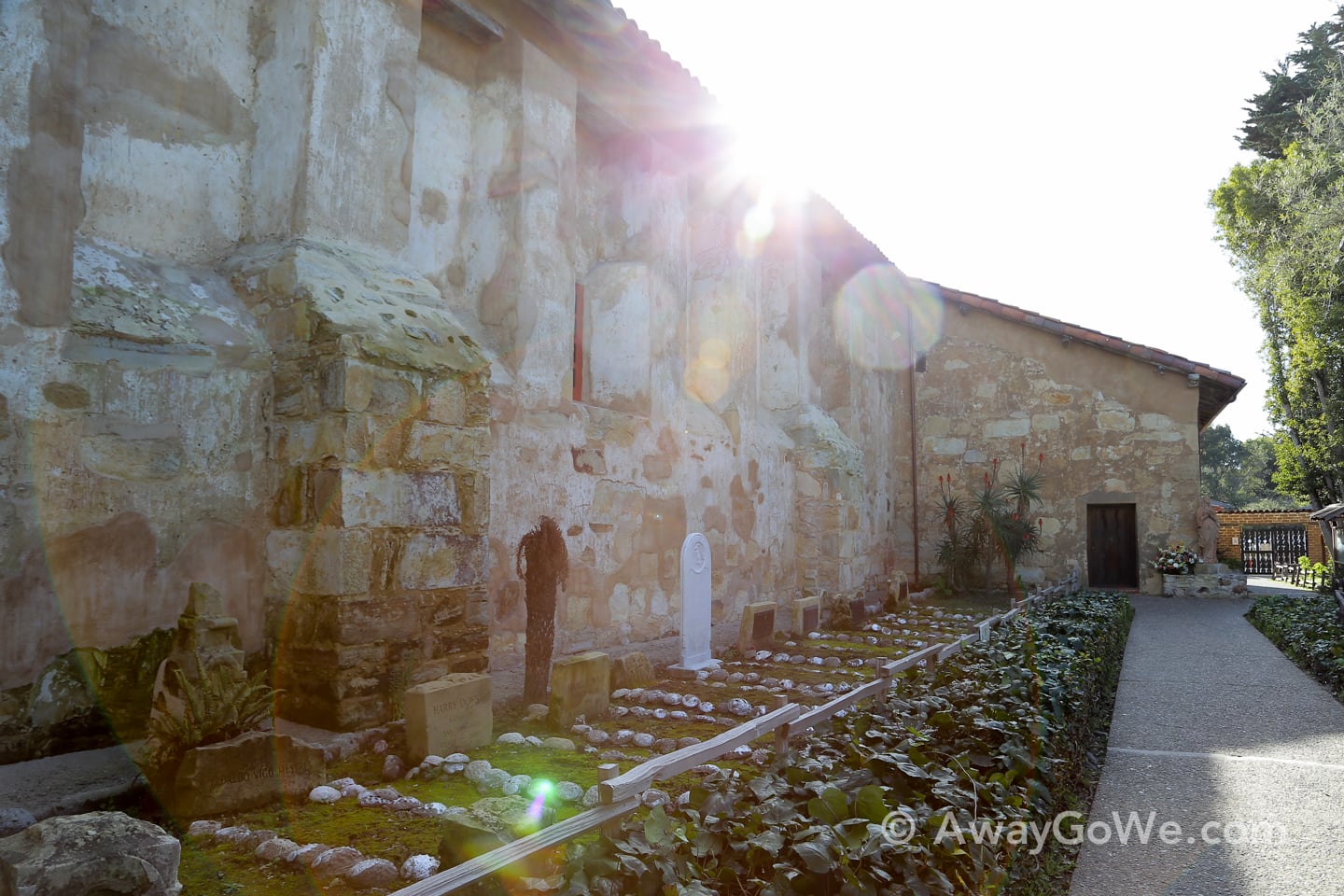 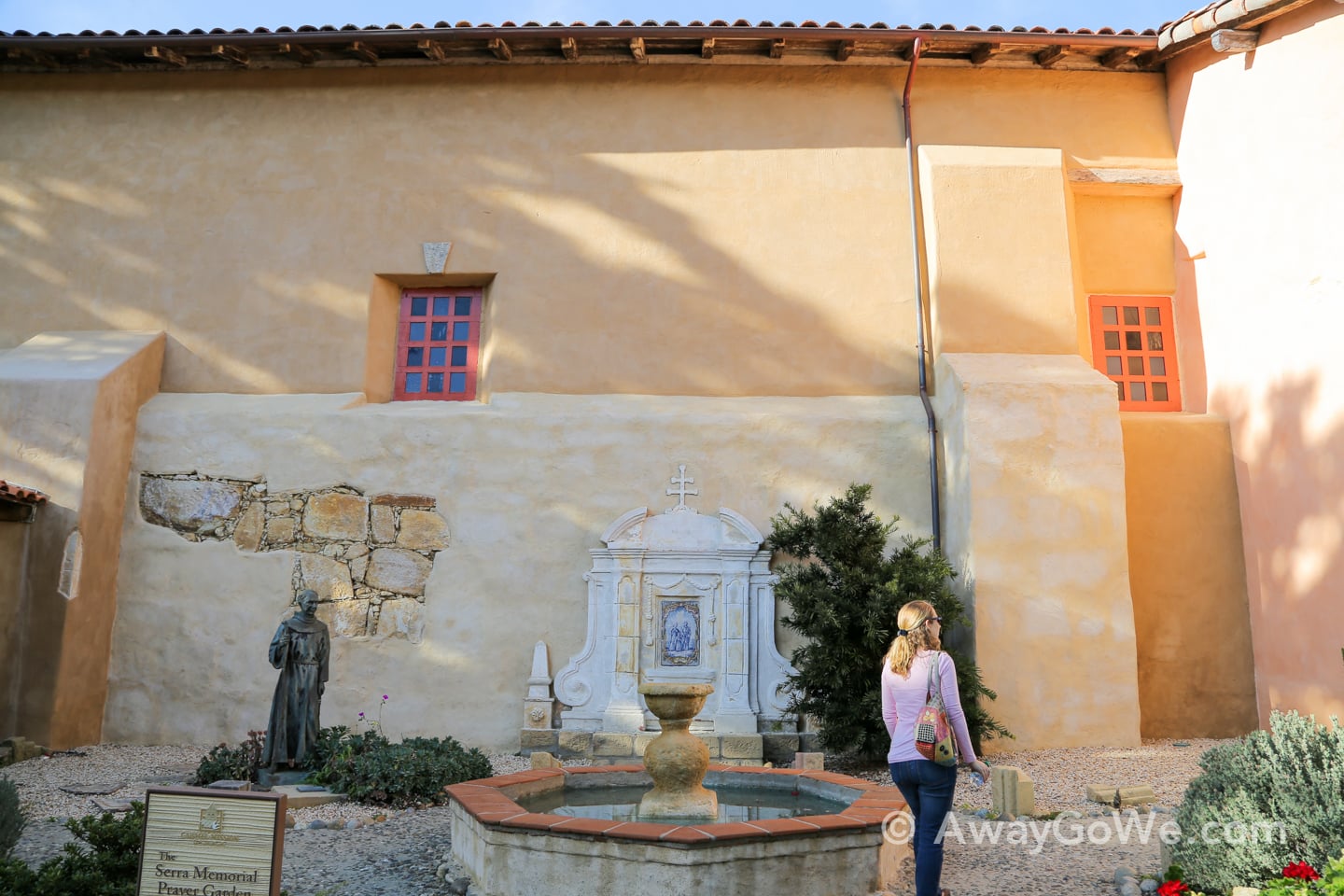 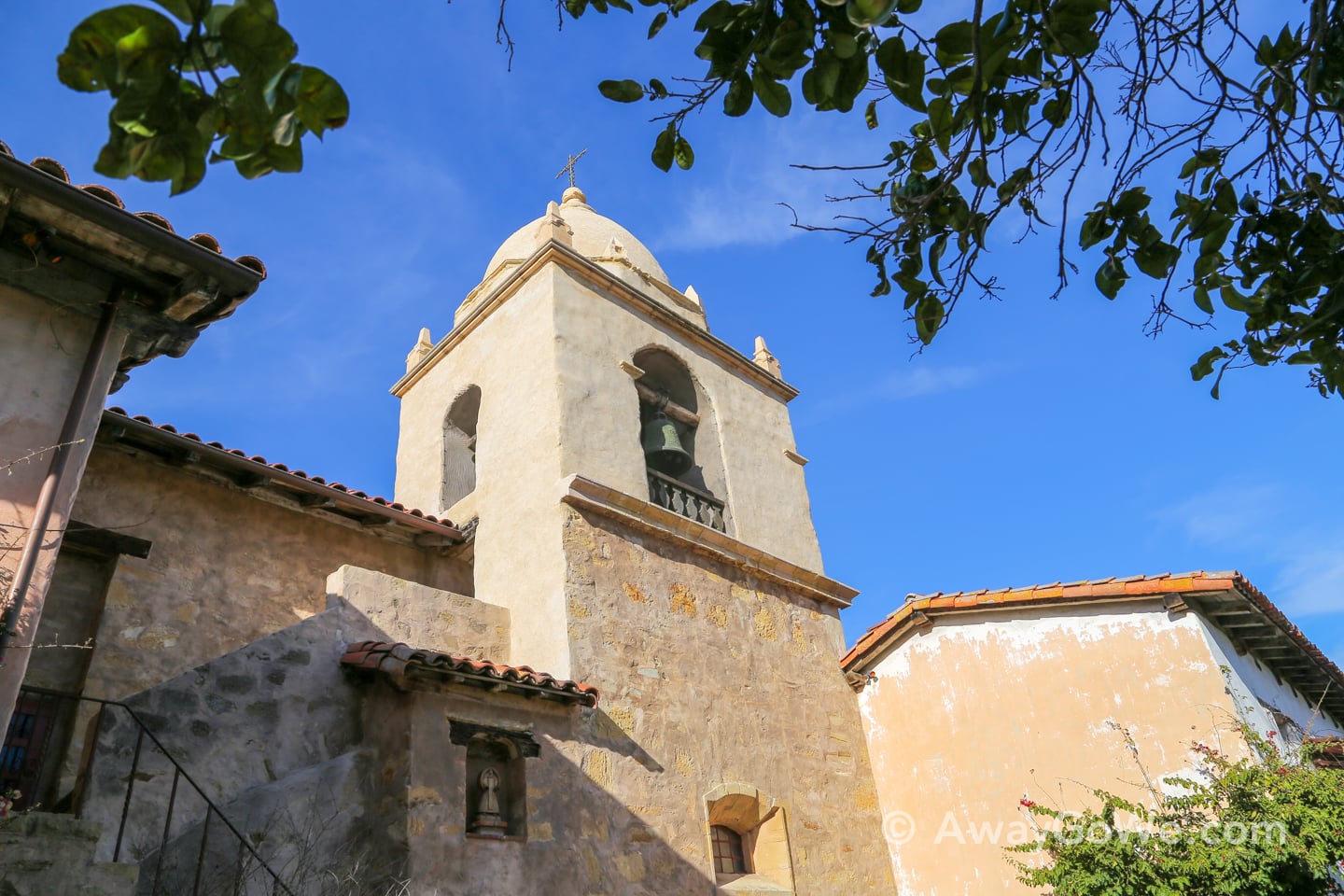 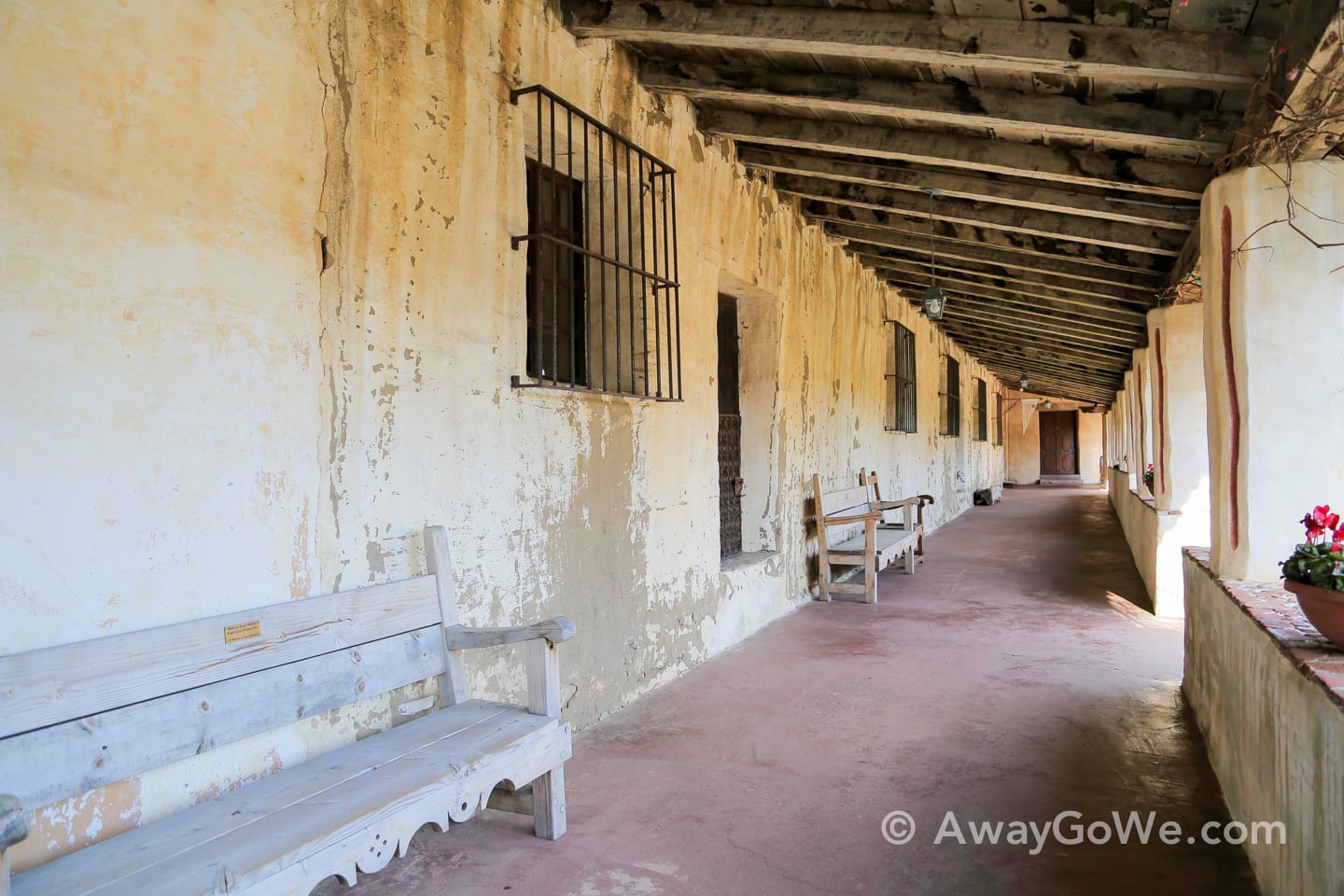 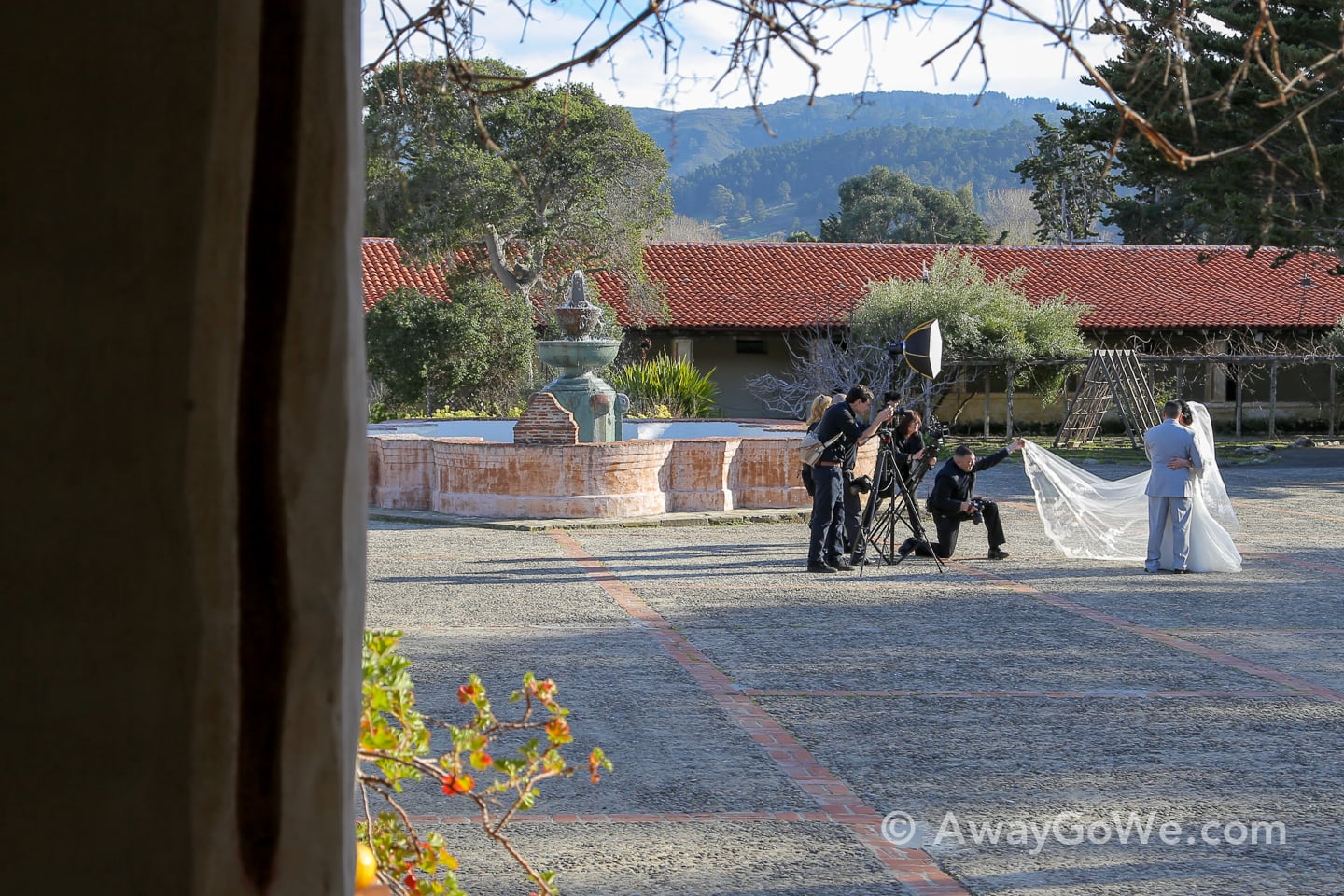 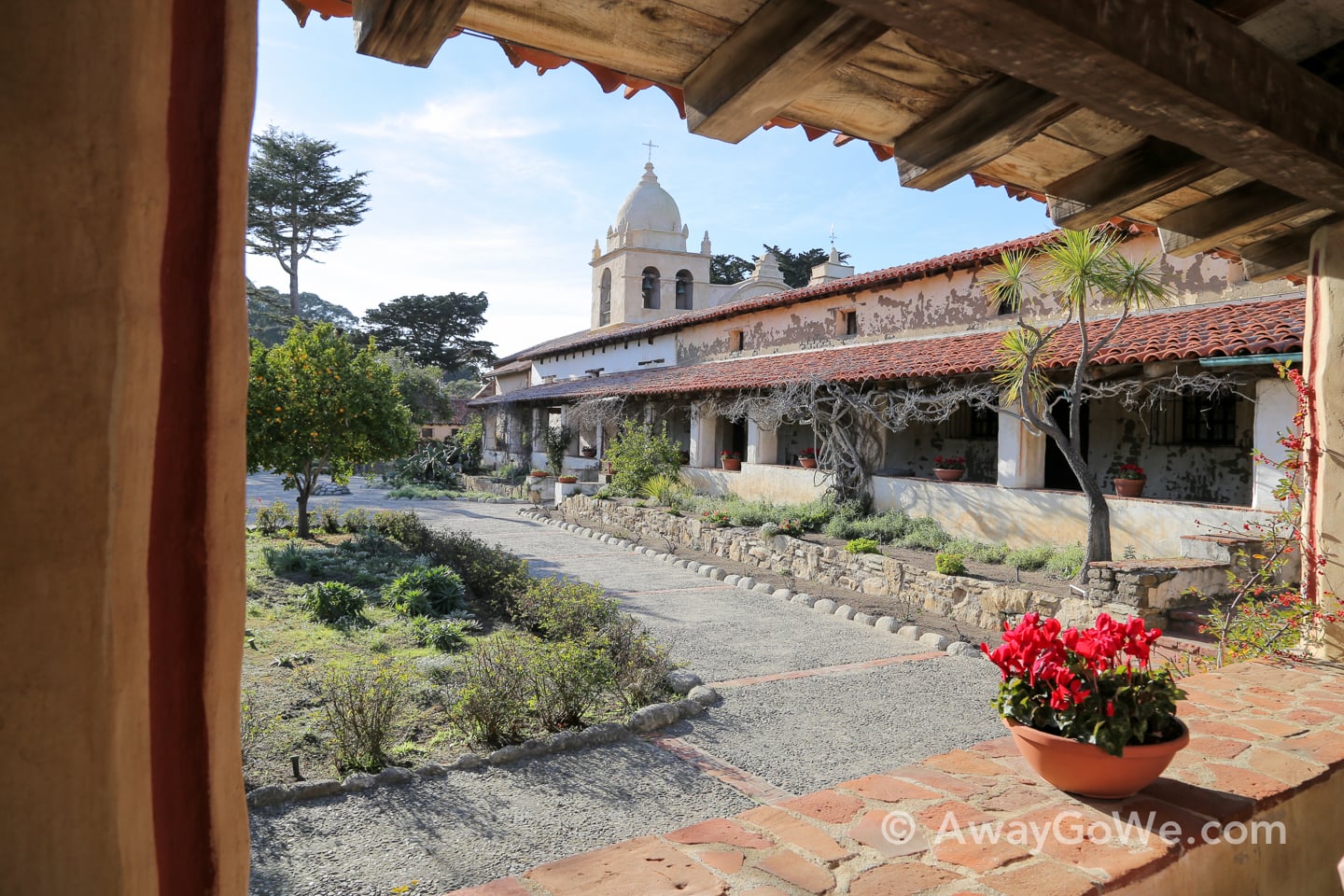 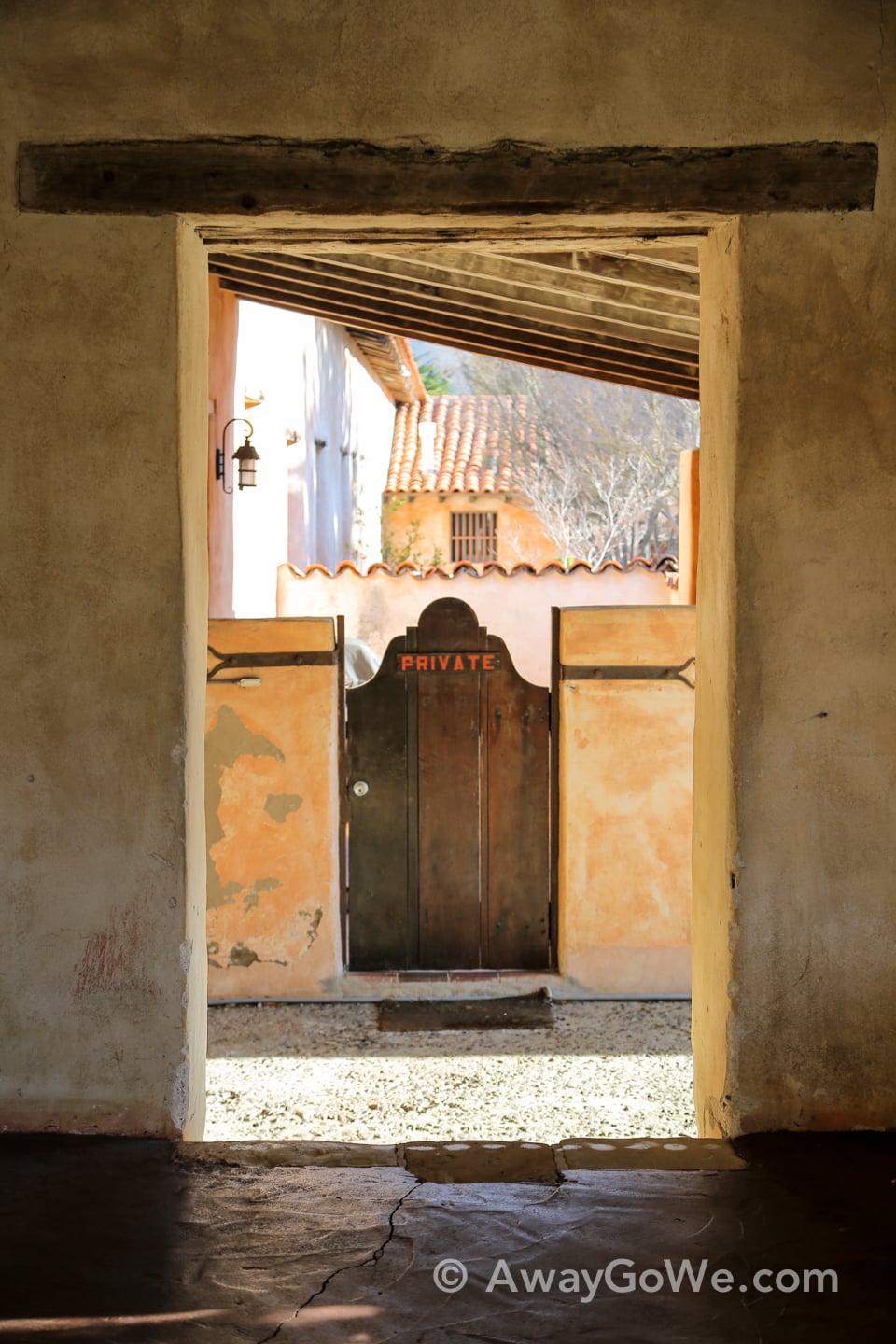 Perhaps inspired by the surroundings and wedding photography happening all around, we decide to stage our own “Babymoon” photoshoot in the main plaza. 21 weeks! 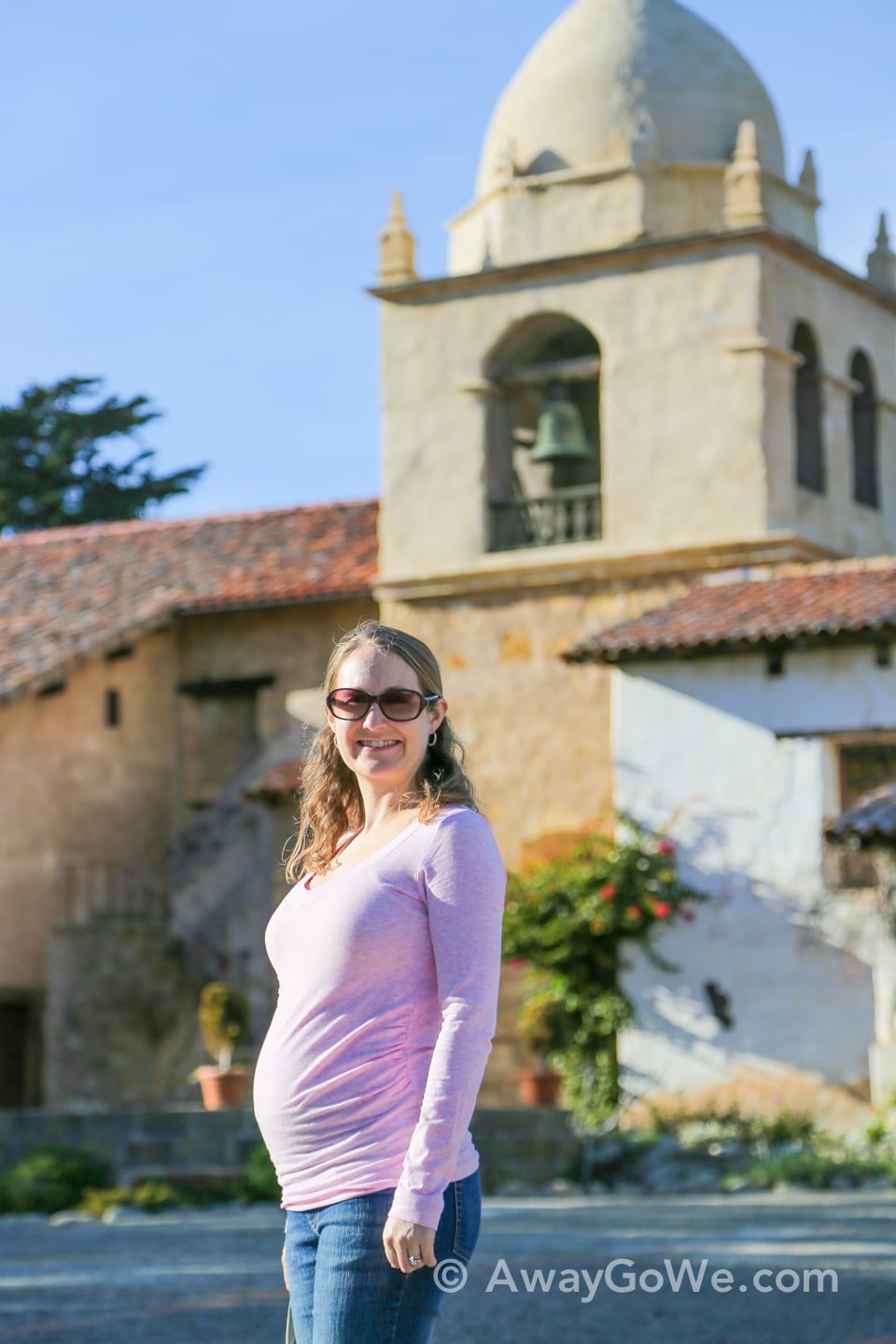 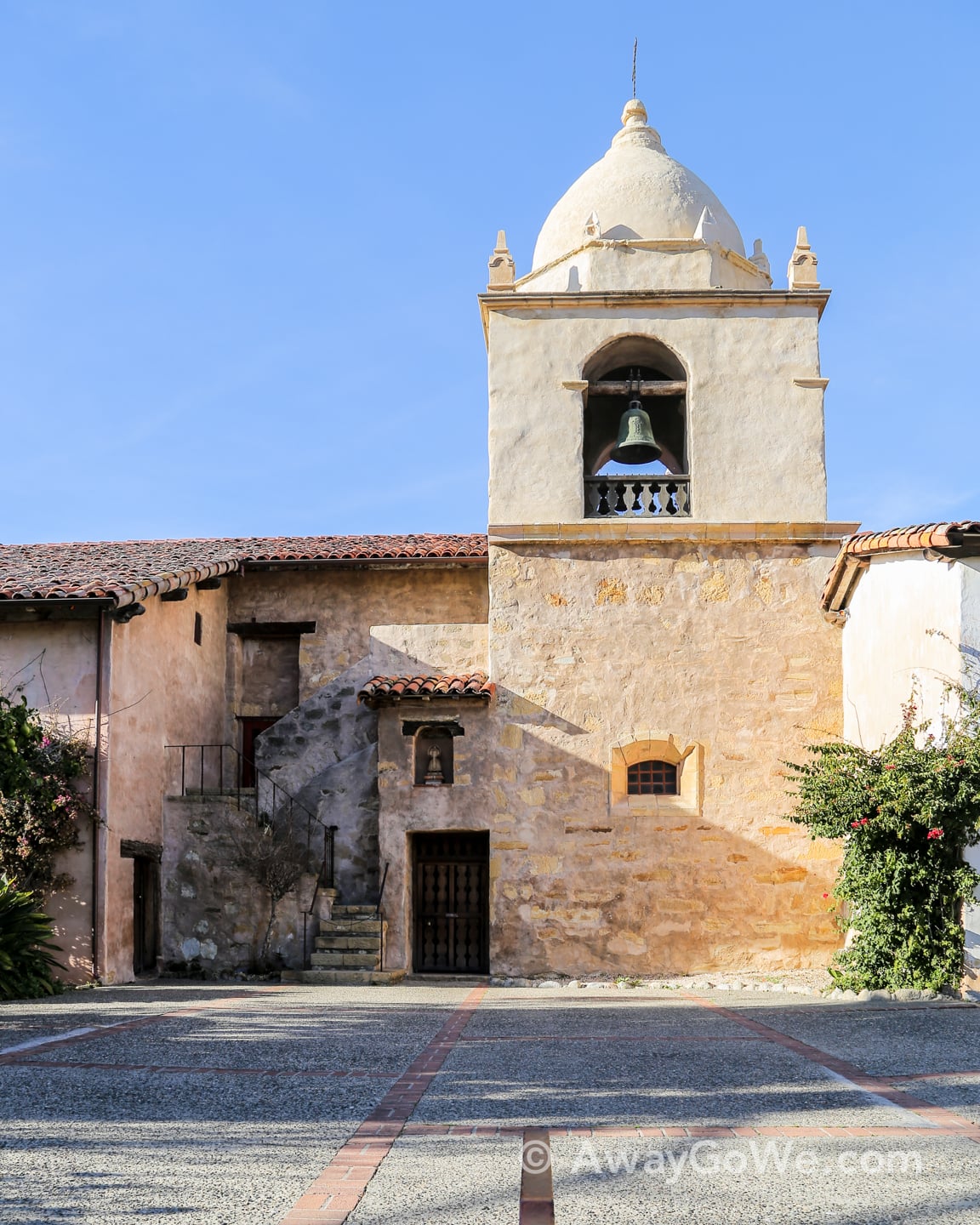 I told Lori that I wanted to live in a place like this some day. She humored me as usual, though she would love to live in Mexico one of these days, so you never know… 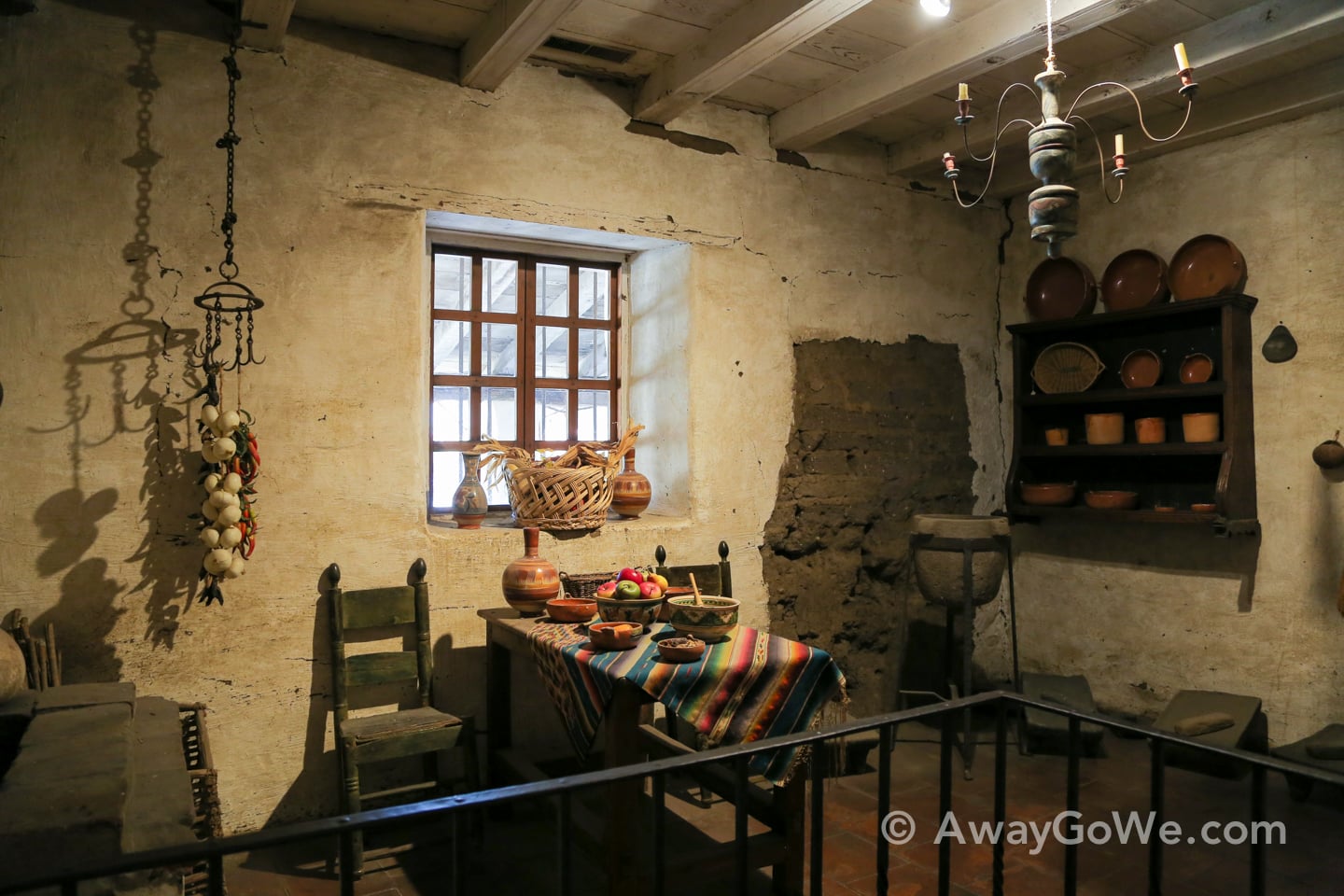 And what visit to Carmel would be complete without a stroll down Ocean Avenue and along Carmel’s wide strand of beach? 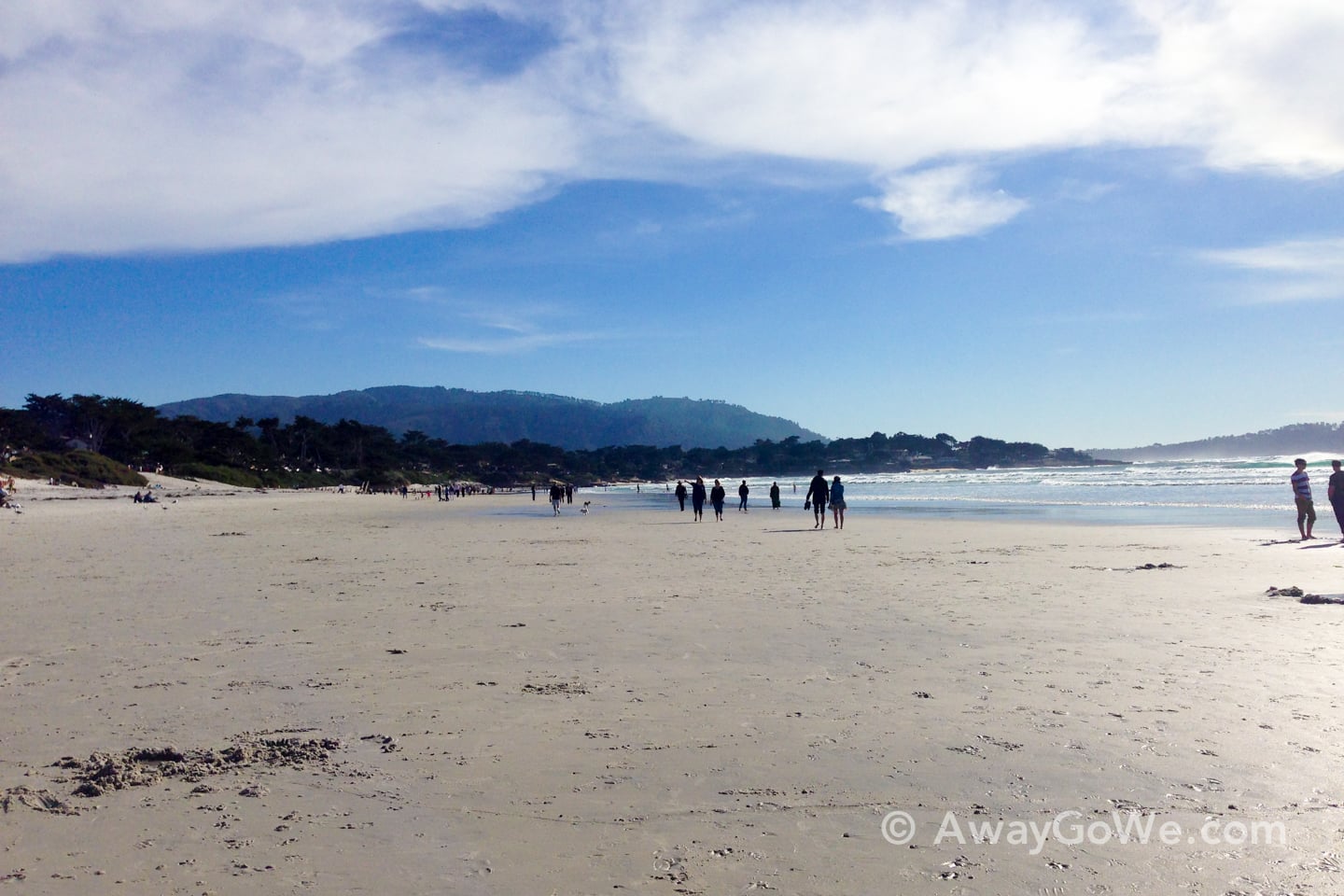 After visiting Carmel Mission, we pay the $10 to take the long road back to Pacific Grove — Pebble Beach’s scenic and exclusive 17-Mile Drive.

We hadn’t realized that the Drive is actually a loop, and ended up driving several miles through winding wooded hillsides with zero view of the sea before realizing just shy of reaching Pacific Grove that we had gone the wrong way!

Well, the wrong way if you actually want to drive past Pebble Beach and along the coastline, which I suspect is most visitors’ objective.

So, we turn around and drive the entire loop back around (with the exception of a small shortcut).

We had been commenting on the lack of traffic…until we turned around.

Then we hit the Pebble Beach Golf Course stretch, which seems to be gearing up for the AT&T Pro-Am in the coming week.

We find most of the viewpoints to be fairly crowded, but traffic eventually thins out and which makes for an enjoyable remainder of our drive. 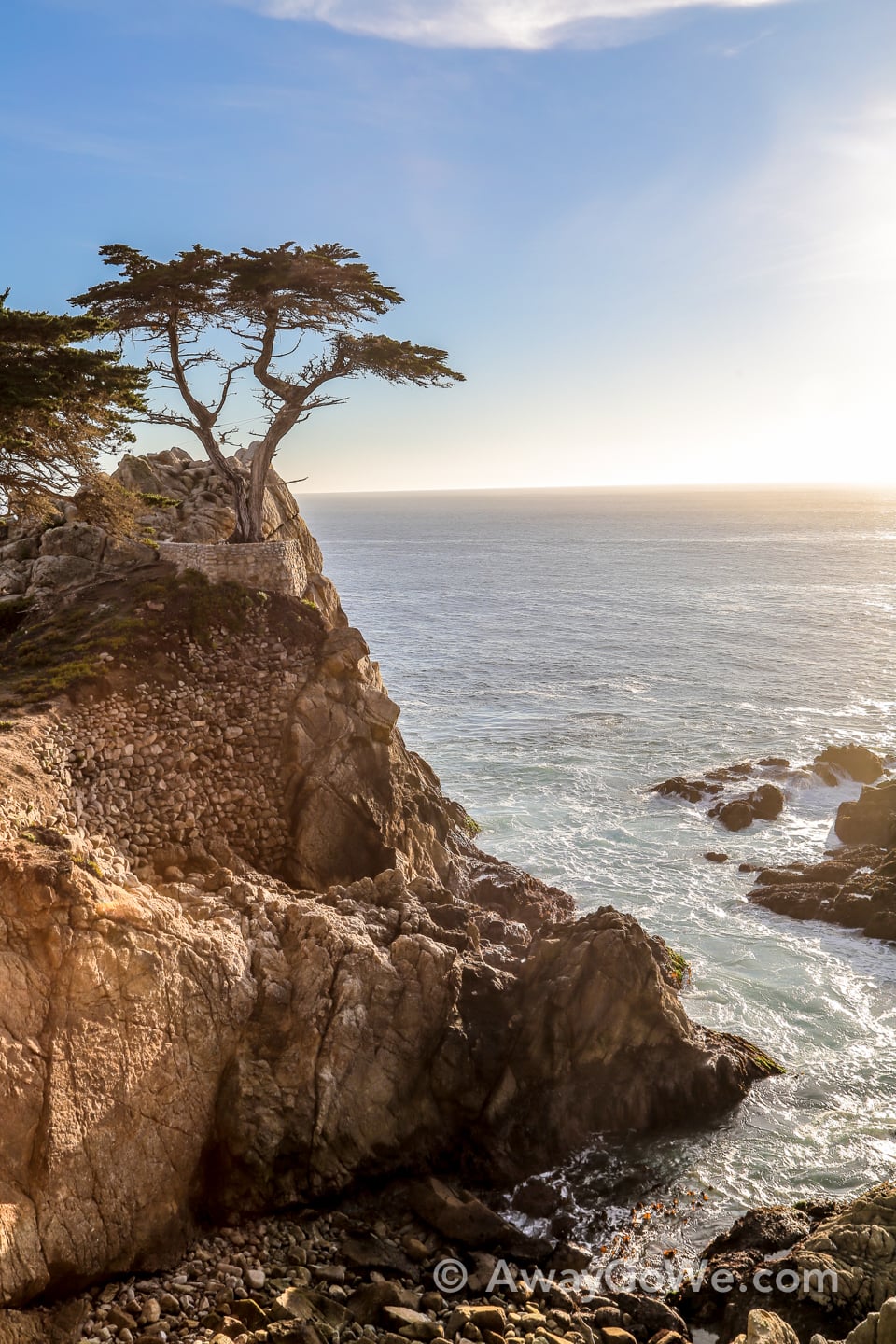 Along the way, we encounter the famed Lone Cypress (above), estimated at some 250 years old.

It has survived fire, erosion and earthquakes.

It has also been trademarked since 1919, apparently. I was not aware that a tree could be trademarked, but this one is.

So you can take a snapshot of the tree, but if you plan to try to sell the imagine, you may find yourself being hunted down by the Pebble Beach Co. trademark police, or at least Bill Murray.

The lone cypress below is not THE Lone Cypress, and is not trademarked…for now. 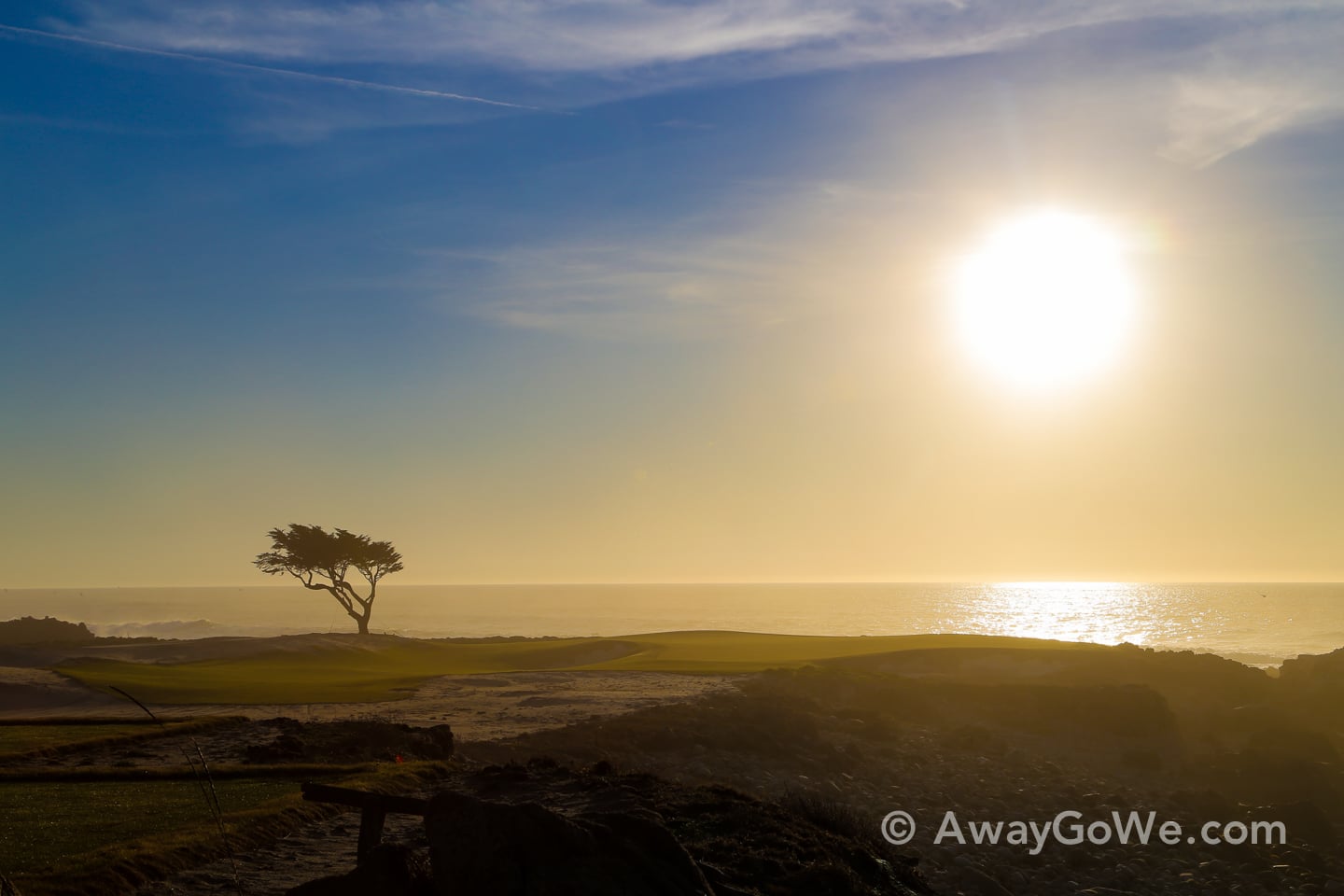 Have You Visited Carmel Mission? 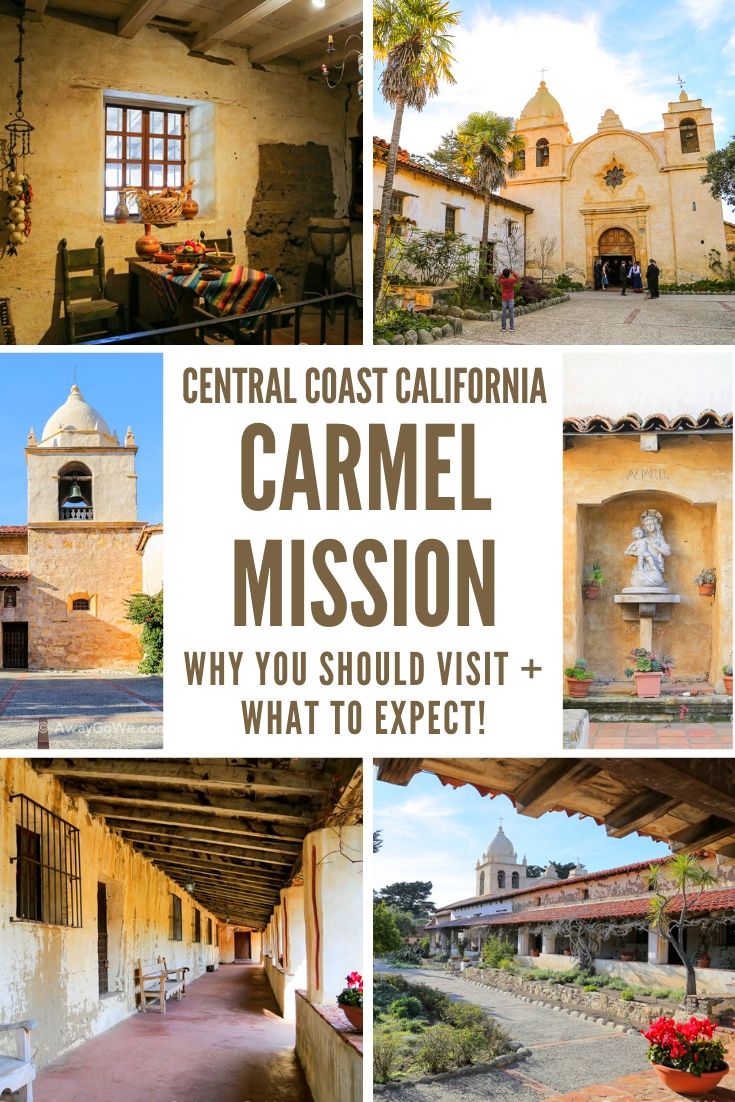 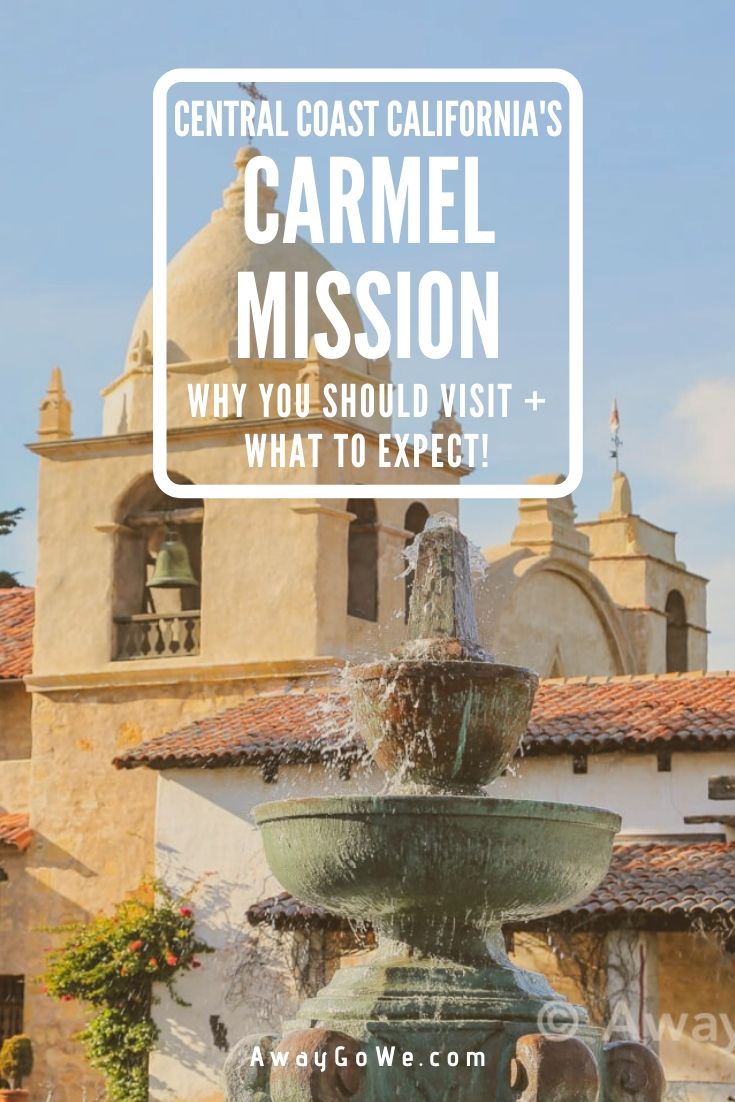