Sad to leave Istanbul (but ready for our 15-week Africa backpacking adventure to begin), we board a plane to one of my favorite cities in the whole wide world. 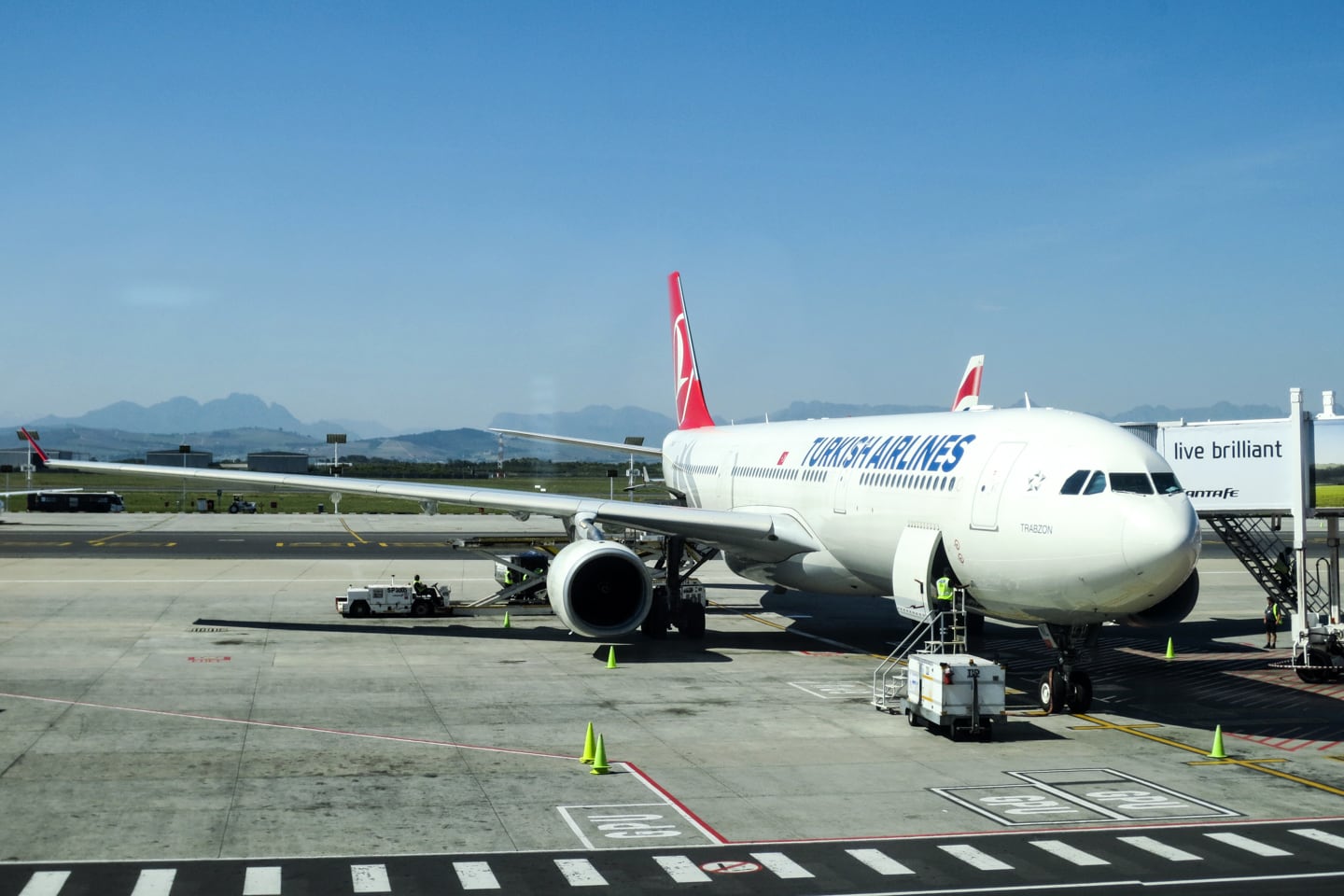 We landed in Cape Town on an absolutely gorgeous spring day, to the extensively renovated (for the World Cup, of course) Cape Town International Airport. The airport was virtually unrecognizable from what I had flown into a decade ago, but the cab ride into the city was just as fast and terrifying as I remember it.

Click on the image above to browse our interactive map of eats, sights and other points of interests we visited in Cape Town. 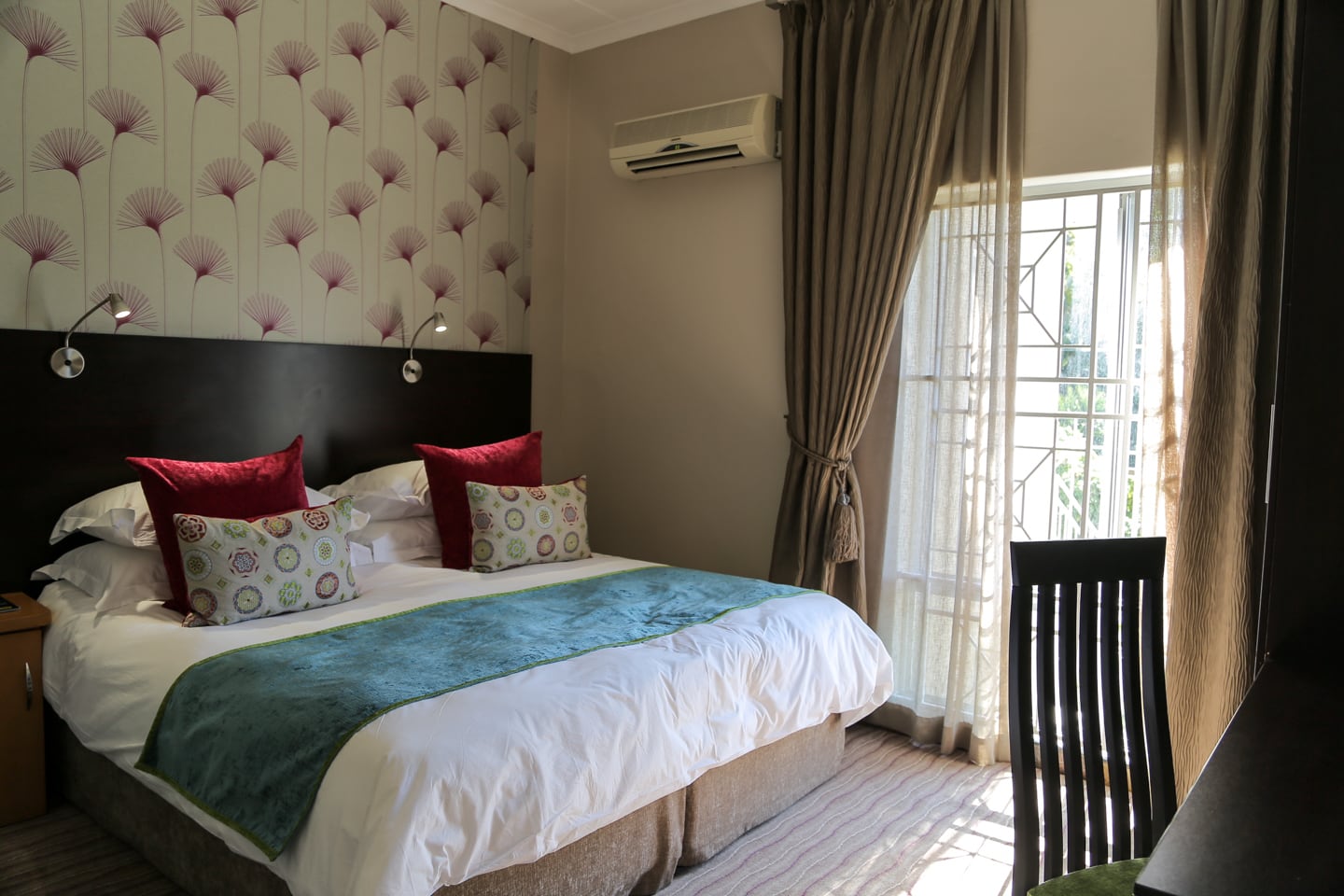 Compared to major cities in the U.S., Europe, and, well, most of Southern and East Africa, Cape Town is a steal. That being said, the city is quite a bit pricier than the rest of the country, in terms of lodging, food, and sightseeing. We played with the idea of staying in a loud, aging hostel with few amenities in City Bowl. Thankfully, we found a great deal at Signal Hill Lodge for about $50 per night.

We do generally like to be in the thick of things, and Signal Hill Lodge is not. But it was certainly walkable, and the weather was perfect for walking, so the distance ended up being just fine in that respect. We realized early on, however, that not a lot of folks staying at the Lodge walk to and from the city center, which did become problematic in terms of getting in and out (there’s a gate in the rear at the bottom of the hill and you have to summon the hotel staff, but the intercom was broken and we didn’t yet have a SIM card for our phone, etc., etc.) but they do shuttle service in addition to city cabs for normal people. 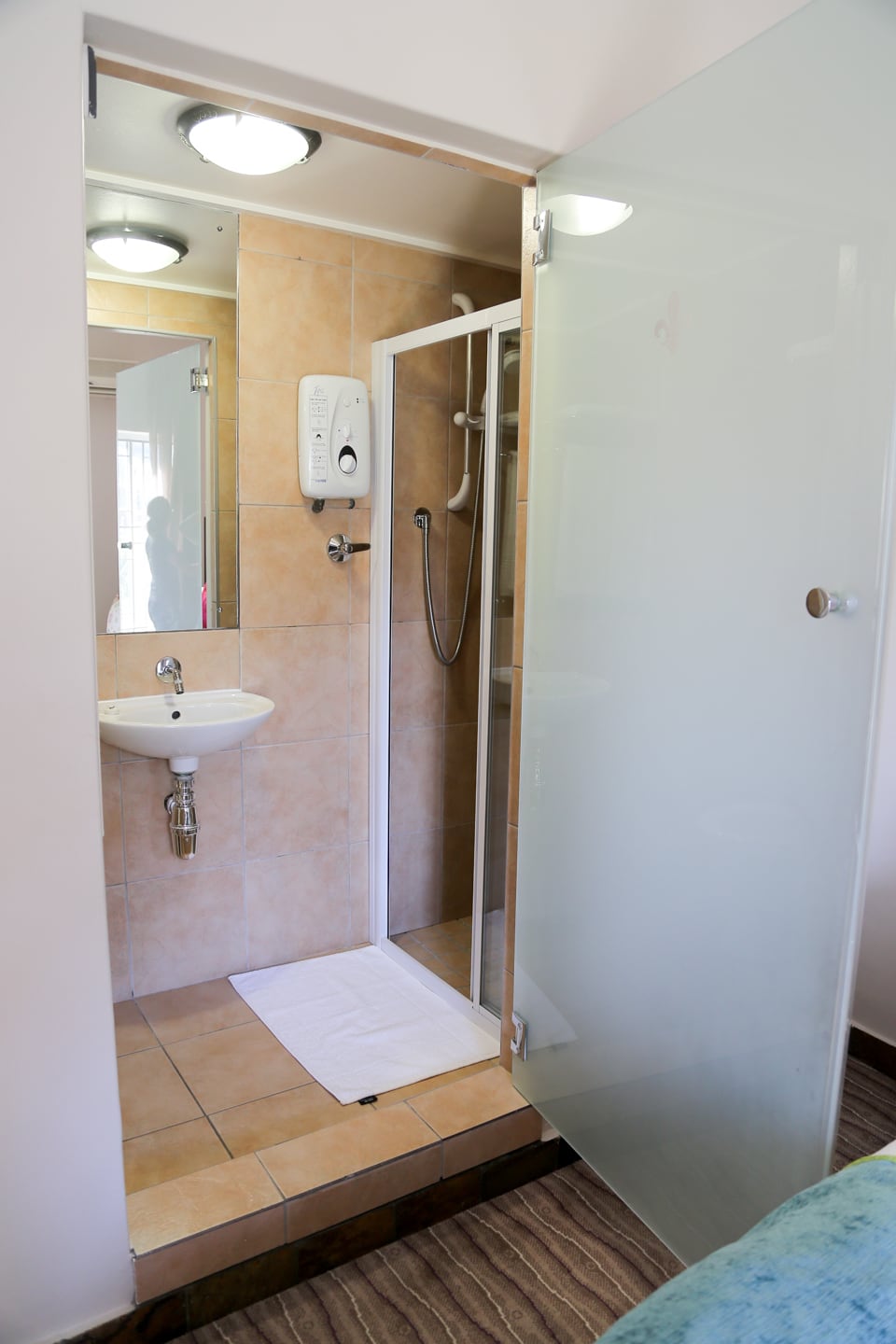 So what does $50 a night get you at Signal Hill Lodge? In addition to being in the Bo Kap district, which is fantastic in itself, we got A/C, hot water, the snack station (below), a TV (though we never turned it on), and all the pillows you could ever want! (see above). 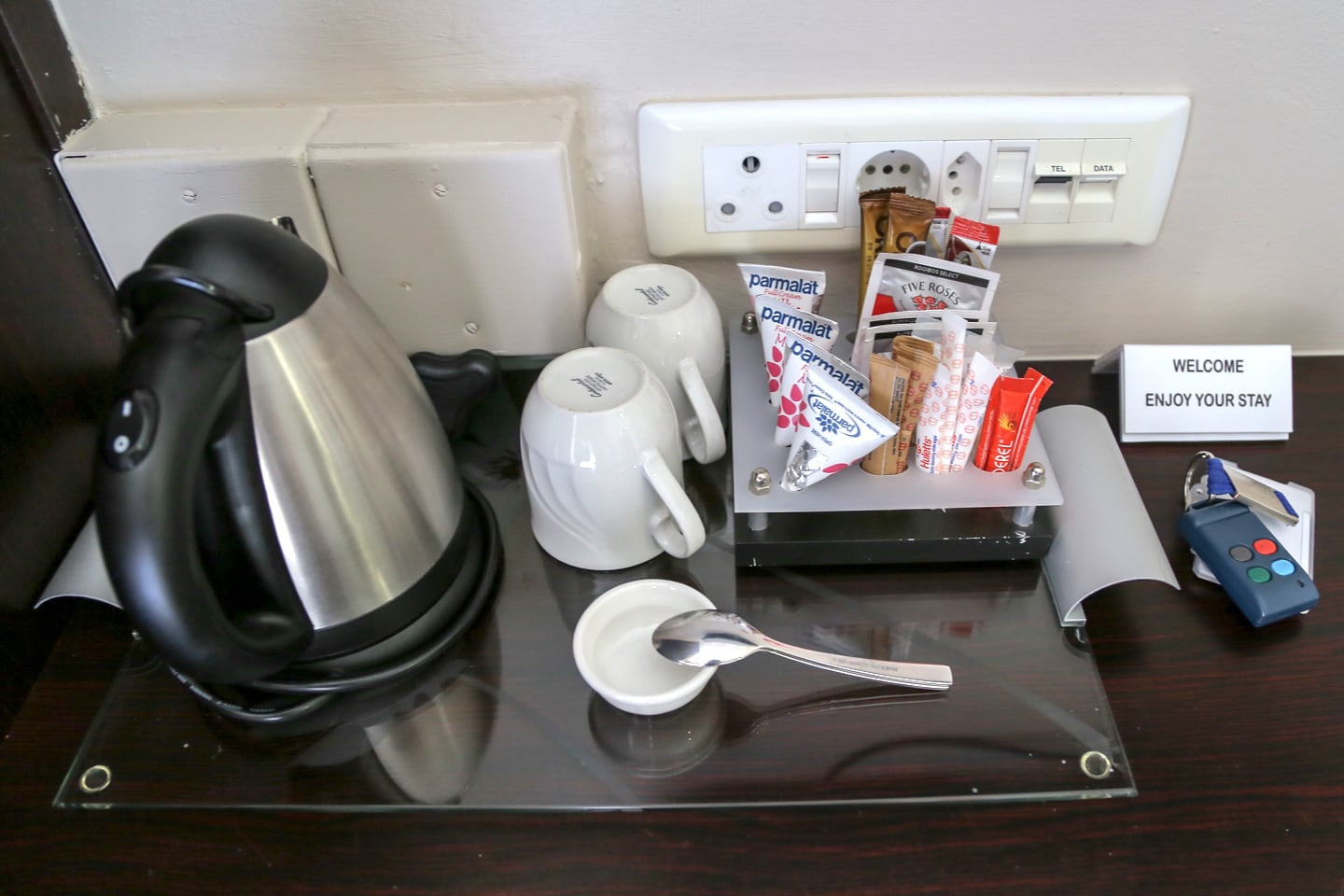 And, a killer view from the bar and back deck! 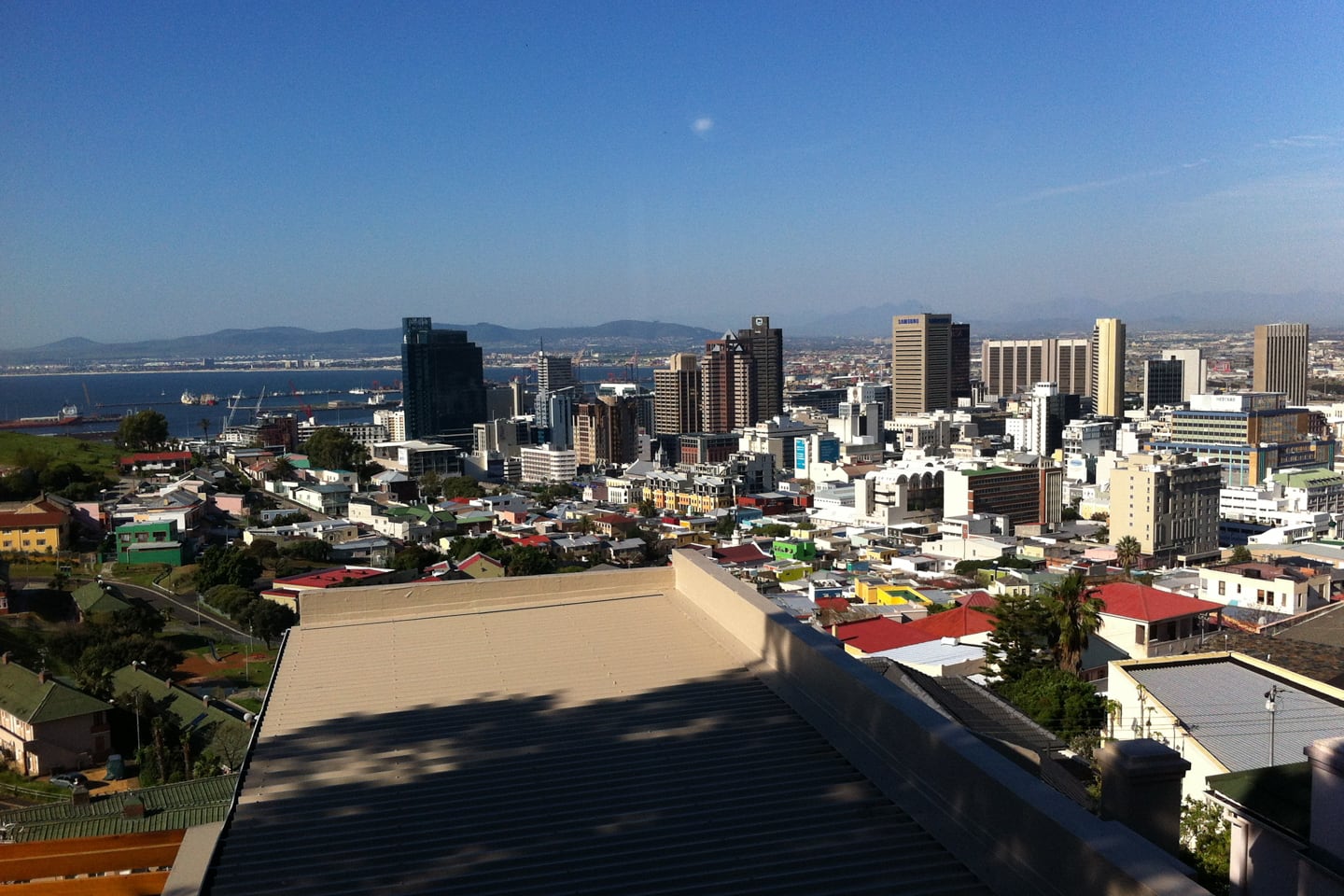 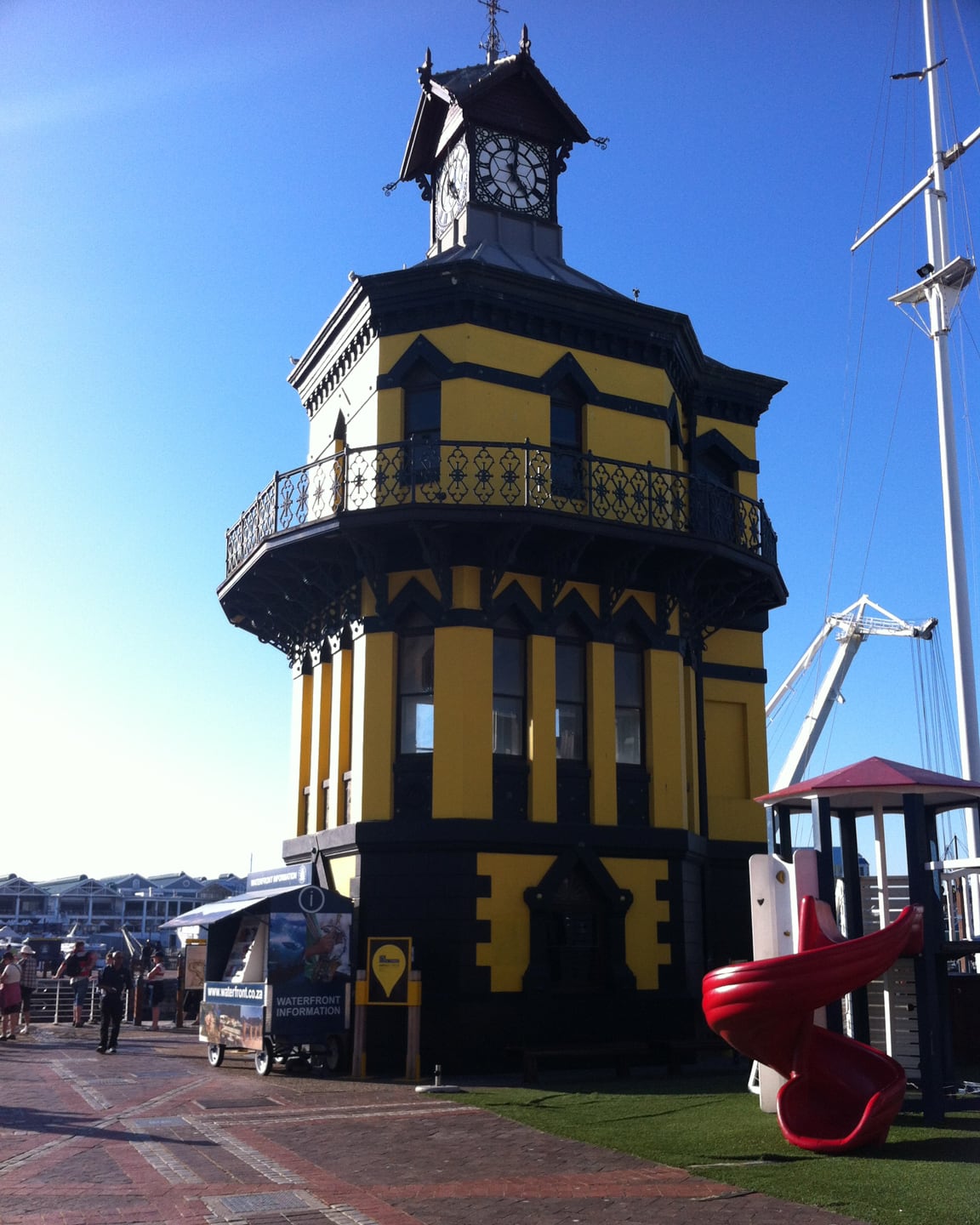 After checking in at the hotel, we trekked down to the V&A Waterfront, but not before dropping our dirty clothes off for some washing. Incidentally, ten days in DC and Istanbul had left us with a pair of cool weather socks and a very large bag of laundry between us, so laundry was priority number one. Unfortunately, the lodge did not have laundry service at the time, but they were able to suggest a place downtown and give us a lift there.

Part coffee shop, part cleaners and part hipster hangout, “I Love My Laundry” is a unique laundering experience, to say the least. It was US$6.50 for 2.4 kg of laundry, which was a steal, considering no other place during our past travels even came close. The only downside was that we were too cheap to get a cab back to the hotel the next day when we picked them up, so we had to carry the big ol’ bag of clean laundry up the hill through the Bo Kaap neighborhood and back to Signal Hill Lodge. Oh well — a small price to pay for clean duds. 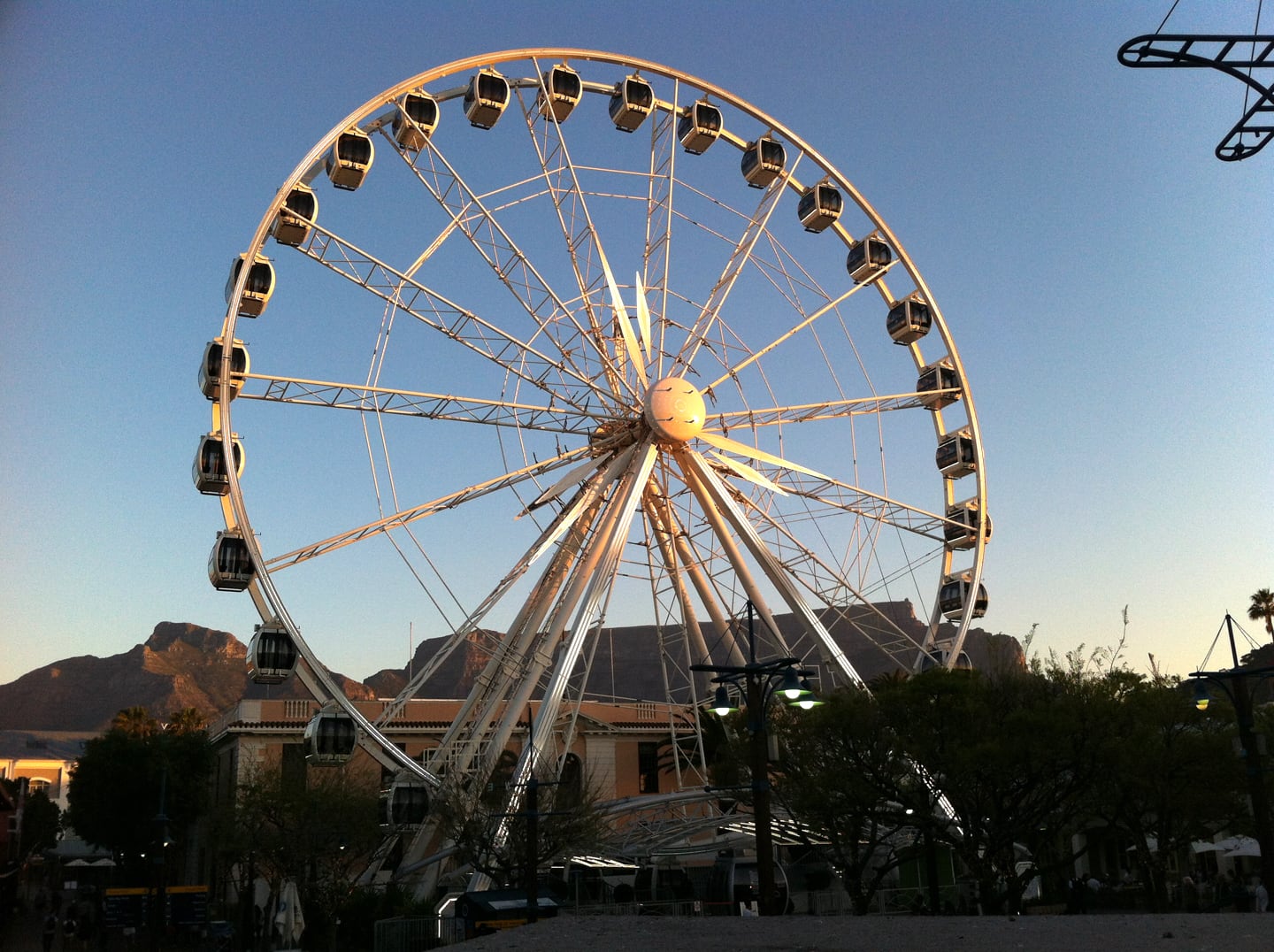 The V&A Waterfront was just how I remembered it from my visit in 2006…except for the mini London “Eye” and mammoth construction project taking place on the south side of the harbor near the Diamond Museum, making it virtually impossible to approach the waterfront from the south. But sitting at one of the outdoor tables at Belthazar, one of the restaurants I had dined at eight years prior, the waterfront seemed unchanged. It will be interesting to see if that’s the case in another eight years. Me thinks probably not. 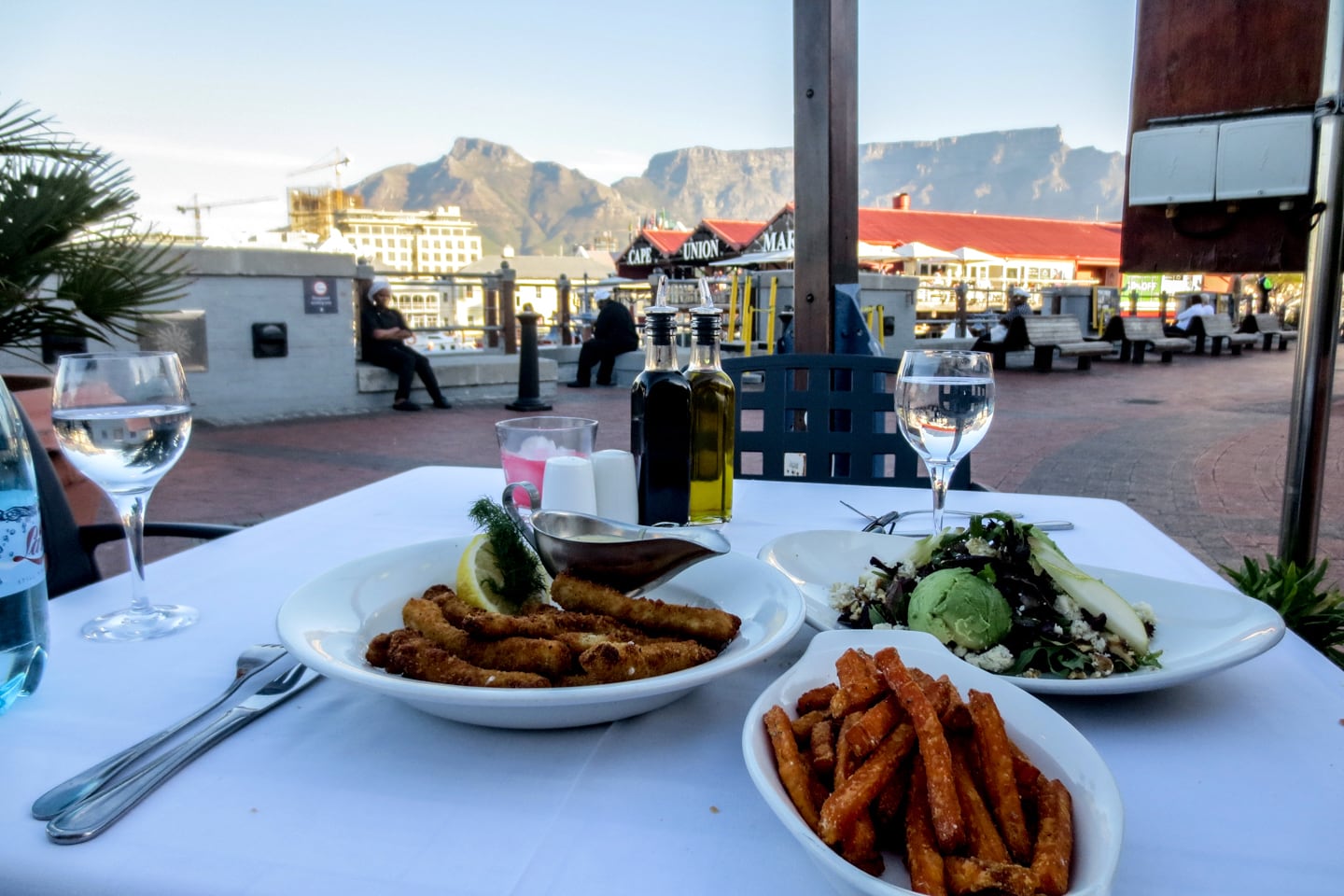 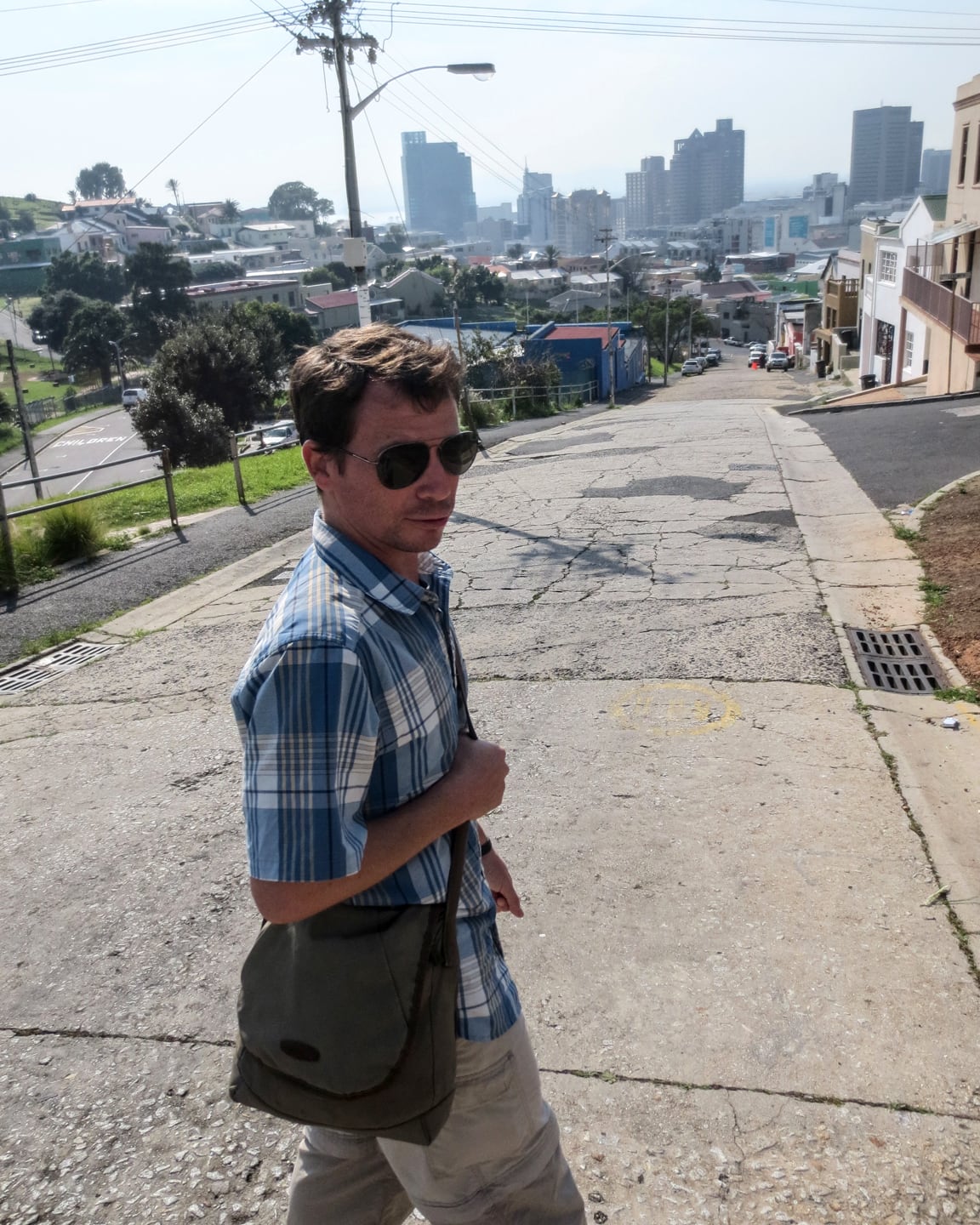 We awoke early to another gorgeous Cape Town morning, and quickly headed out the door to get a jump on the day. We followed the road from the back of Signal Hill Lodge (above) through the Bo Kaap neighborhood (the brightly colored cultural heart of Cape Town’s Malays (as seen in the first photo of this post)) and down to Latitude 33, where, for three consecutive mornings, we had a delicious and very reasonable breakfast. We did eventually branch out and try new things, but as we suspected, none of it lived up to Latitude 33, at least not for the price. 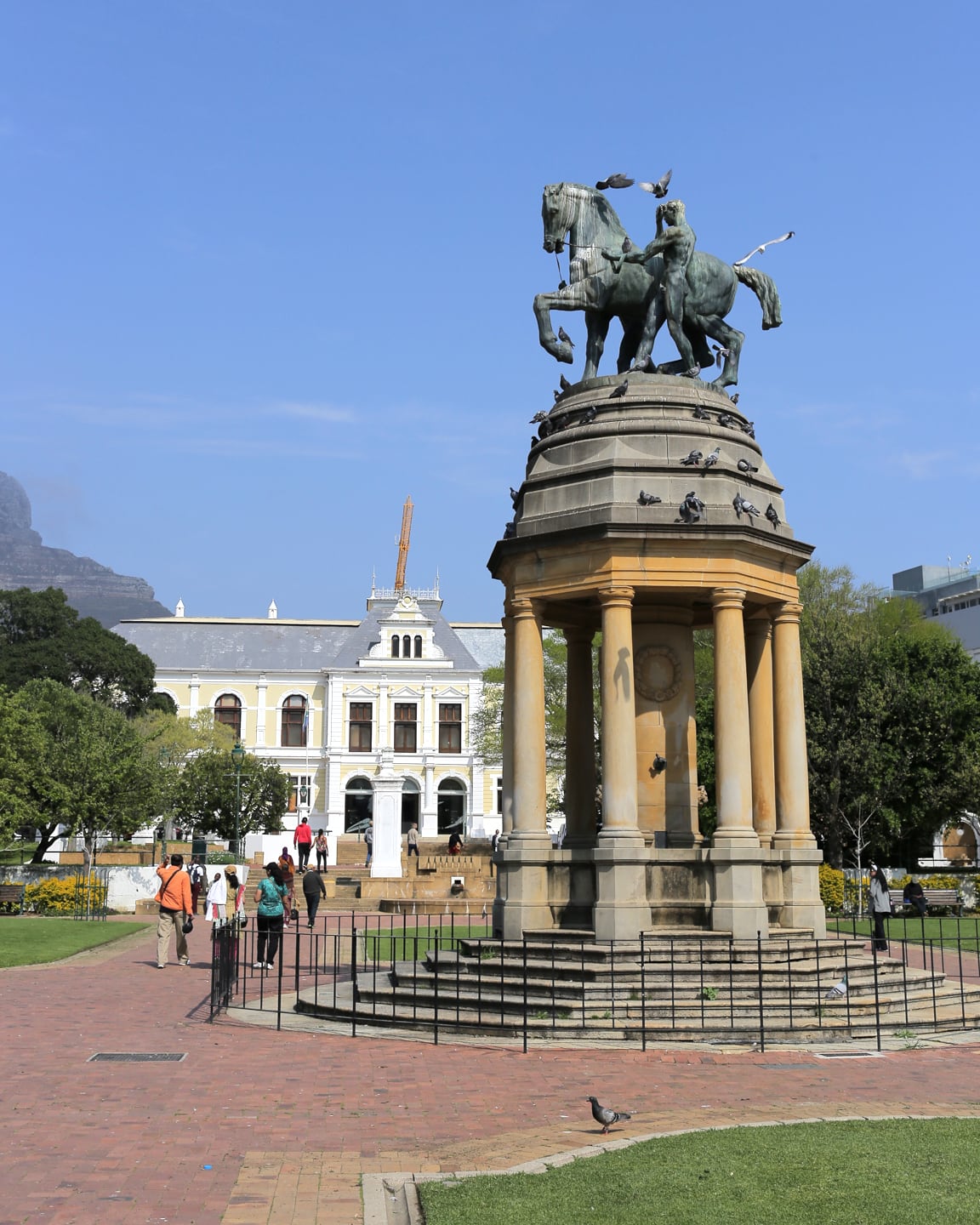 Even though Cape Town is indeed on the southwestern tip of Africa, I don’t really consider myself in Africa, per se. After all, walking around town it’s easy to forget we’re on another continent! Sort of ironic, actually. People from Western Europe, North America and Australia pay thousands of dollars and travel thousands of miles to get here so they can go to “Africa,” when this place has all of the amenities of “home” and few of the travel challenges of “Africa” for the casual visitor — fantastic Western cuisine, topnotch public transportation, street lights that drivers obey, a climate that evokes Central Coast California or the Mediterranean… Heck, the place is so tidy and orderly, I’m not sure what to compare it to.

Now don’t get me wrong, Cape Town is one of my favorite cities in the entire world. But I think it’s important to keep a bit of perspective when visiting a place like central Cape Town. Like the rest of South Africa, there is a lot more to the city of Cape Town than just the colonial heritage spots. There are thriving black African and other non-European ethnic communities here that vastly outnumber the European communities. Indeed, only 15% of the city’s 3.7 million people are of European descent! You’d never know it by sticking to the colonial center of Cape Town — but it’s so tourist-friendly, it’s hard not to. 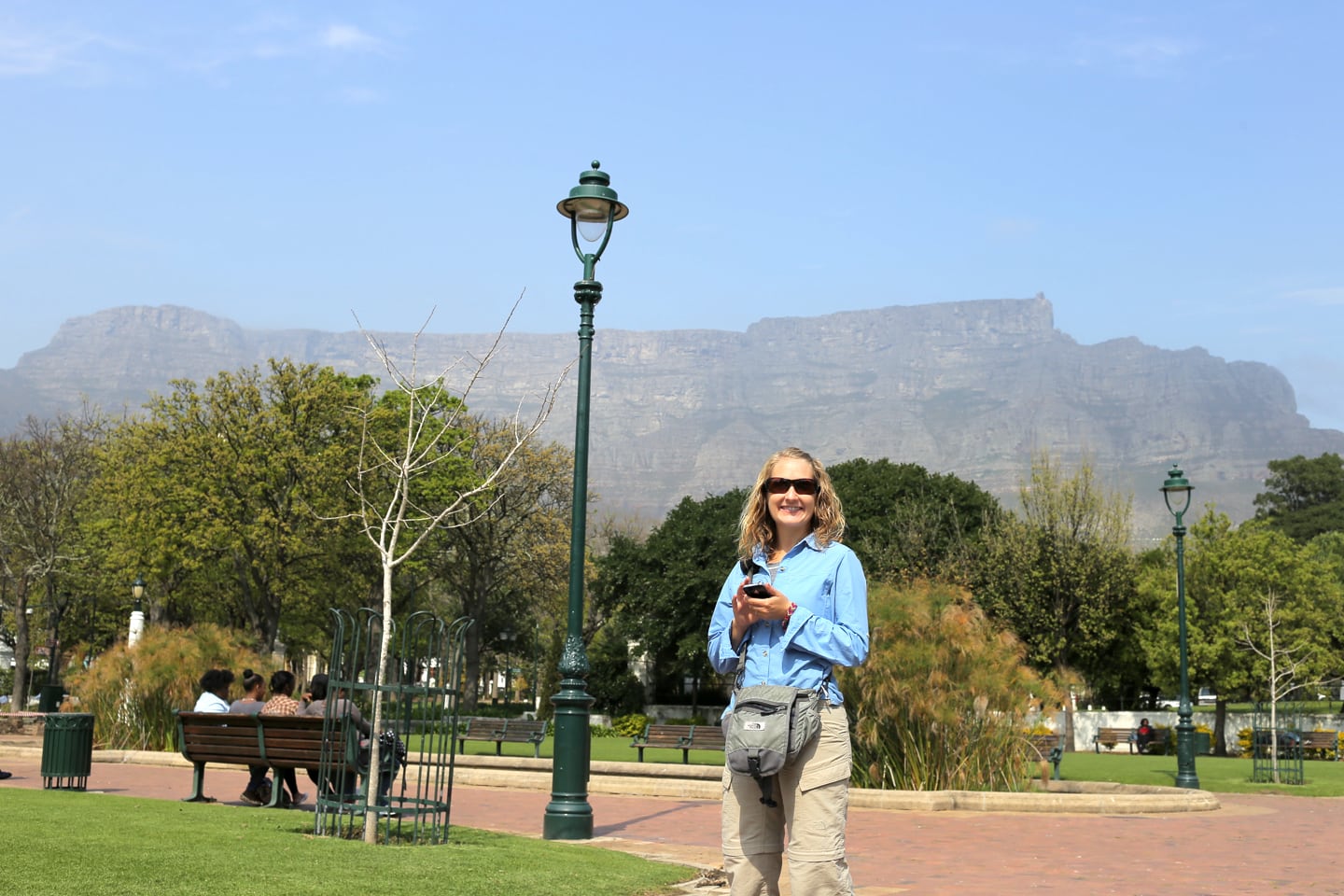 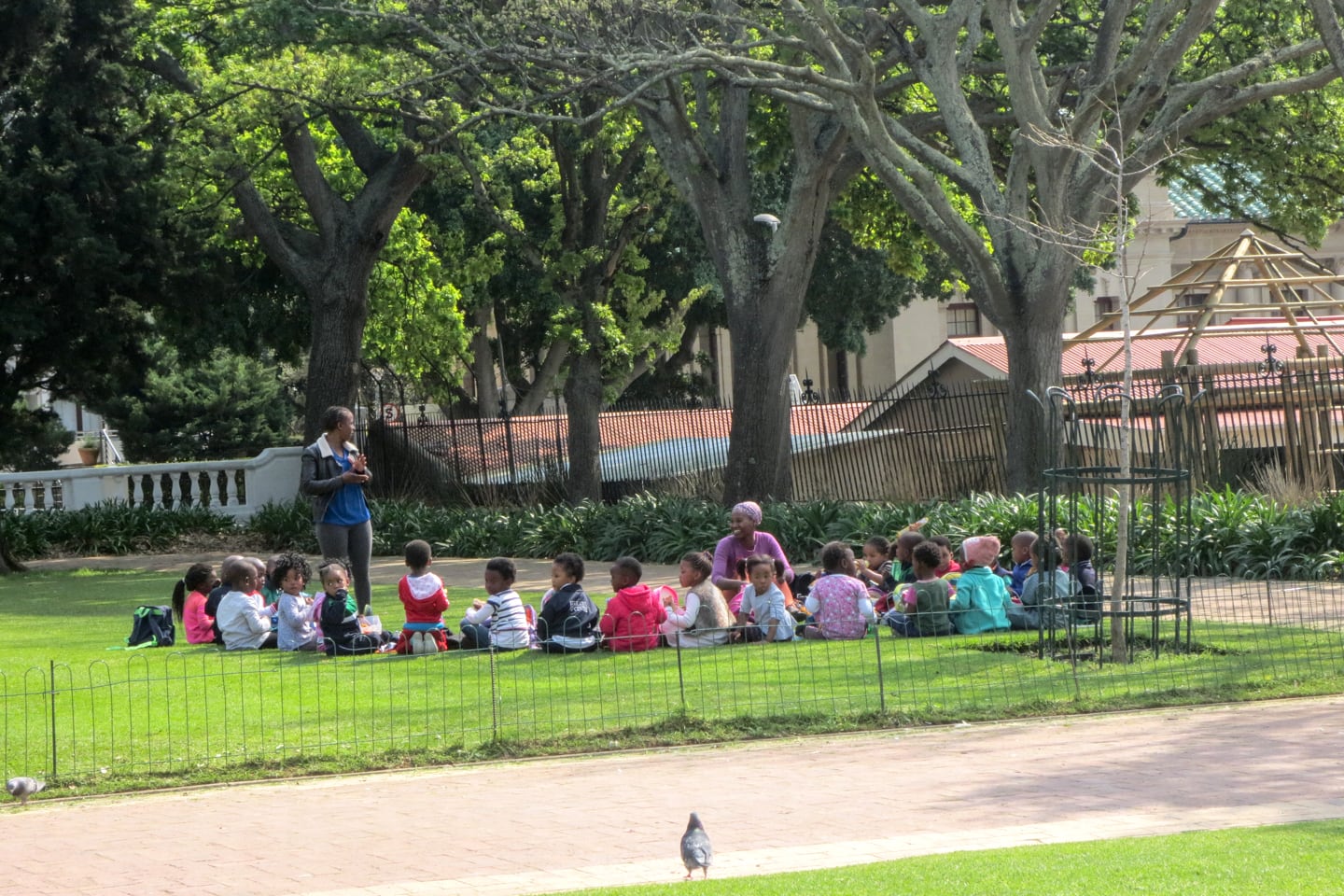 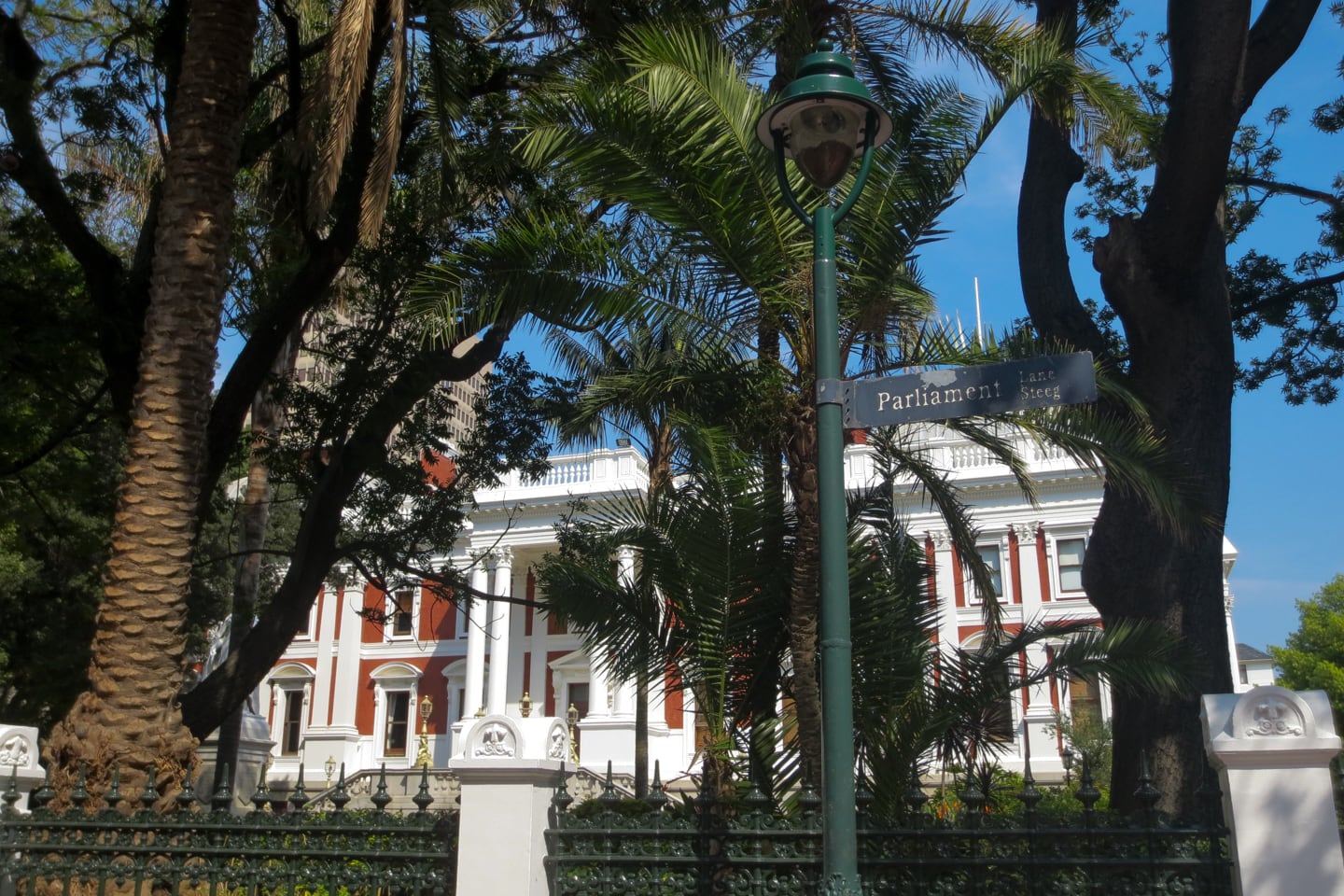 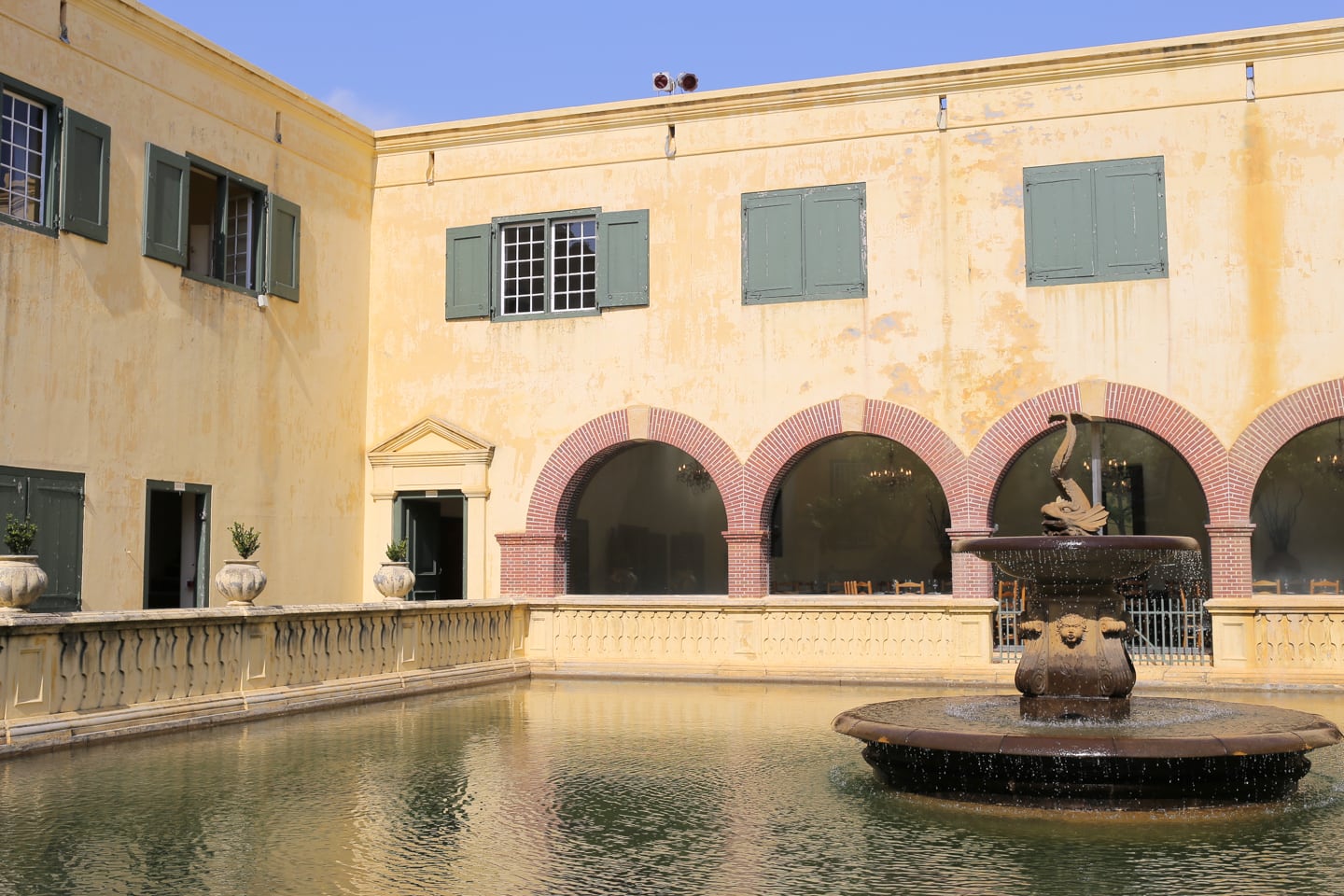 I’m not going to go into detail about the history of the Castle of Good Hope. If you want the scoop, the tour guides here can do a better job than I ever could. All you really need to know at this point is that it’s a very old colonial fortification constructed for the same purposes that all fortifications are constructed: to protect candy from Lori! 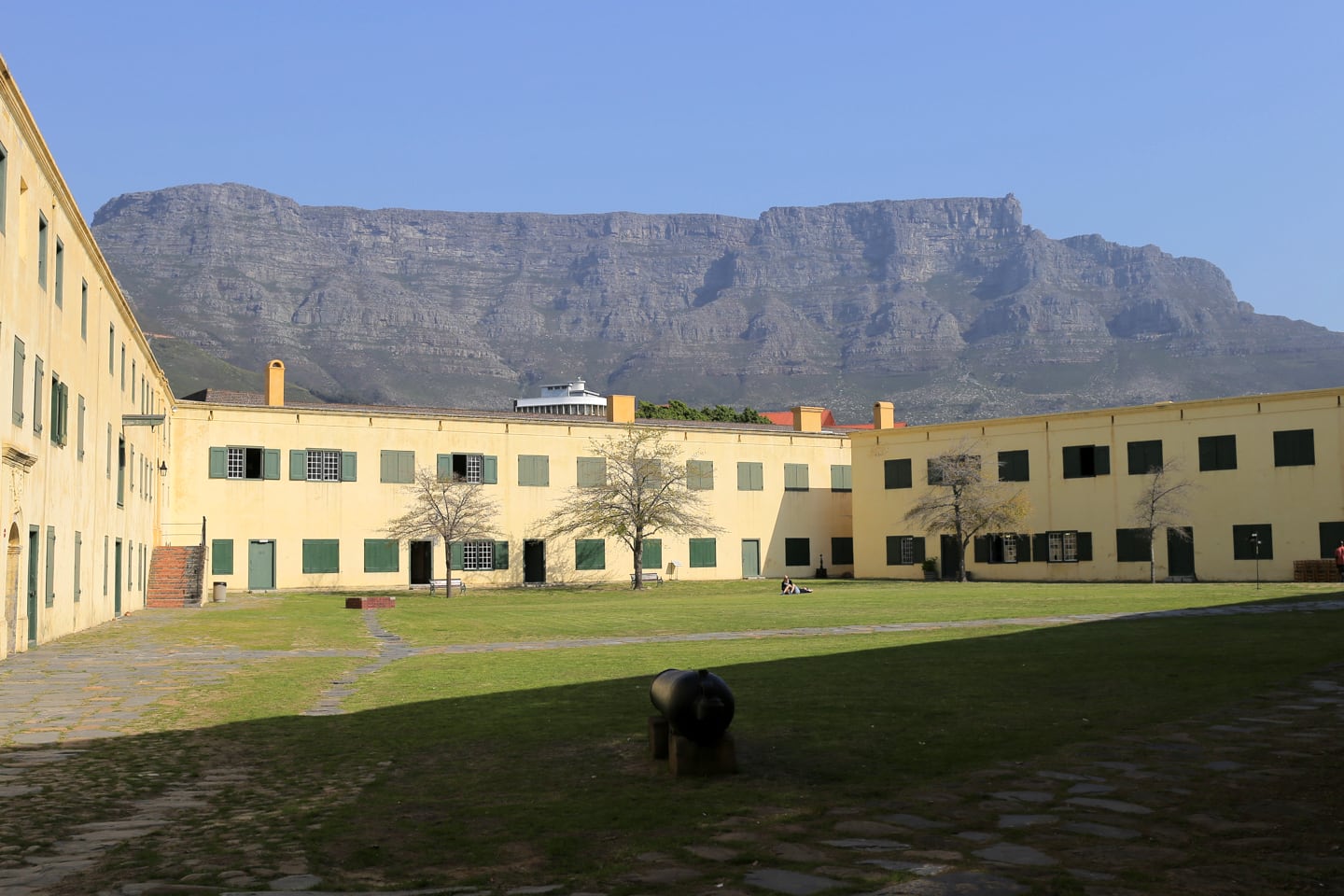 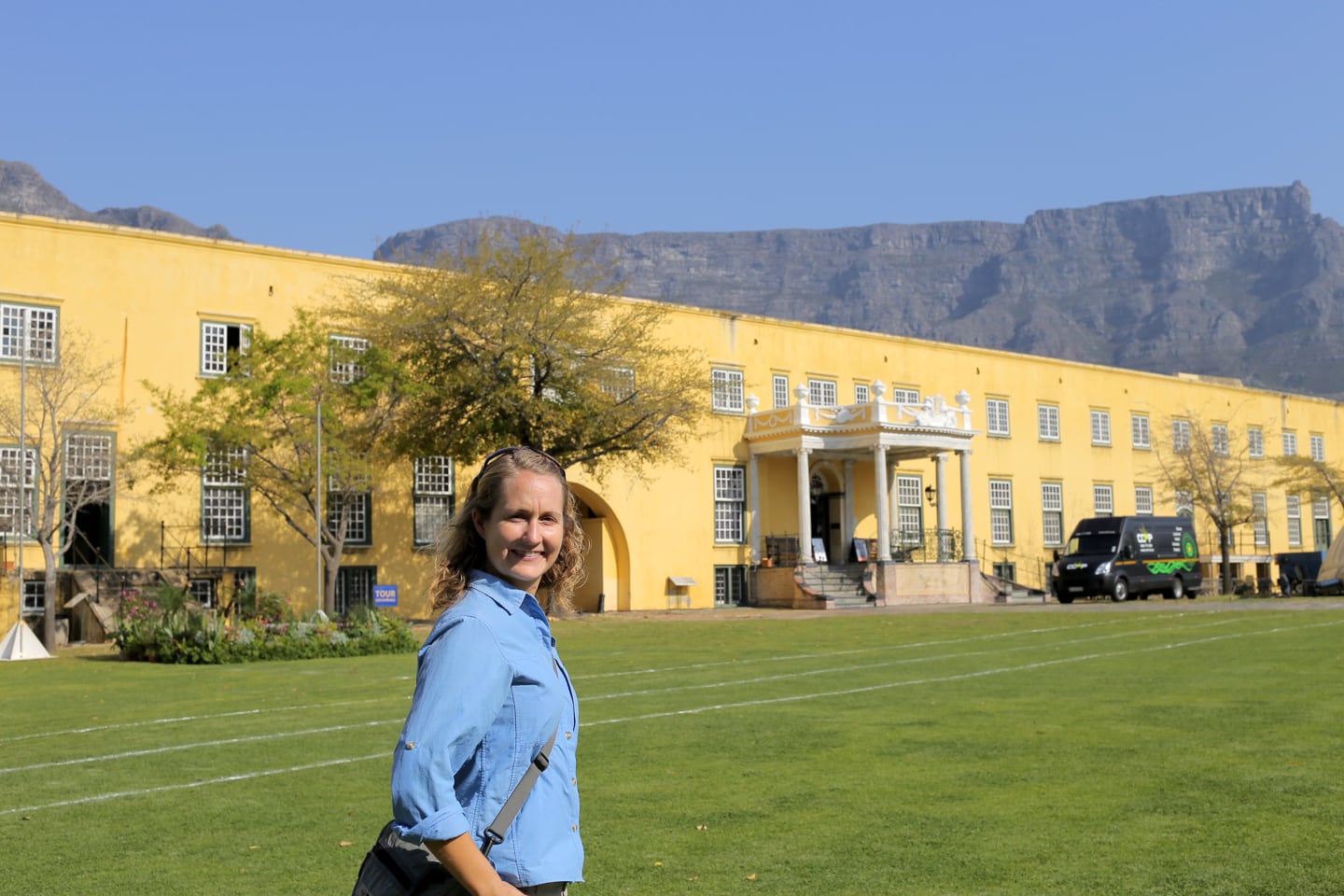 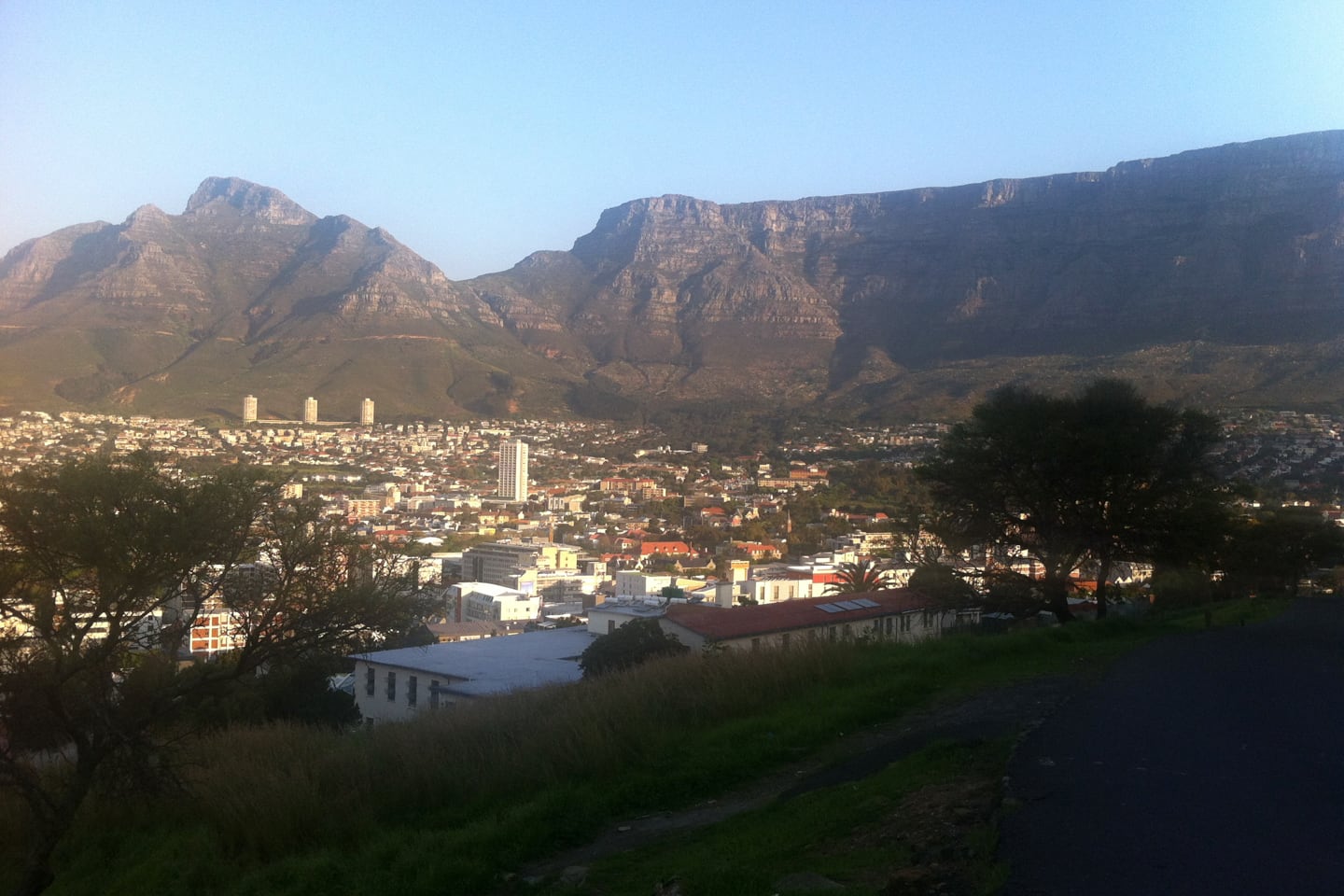 Back at the Signal Hill Lodge, watching the sun set on Table Mountain. 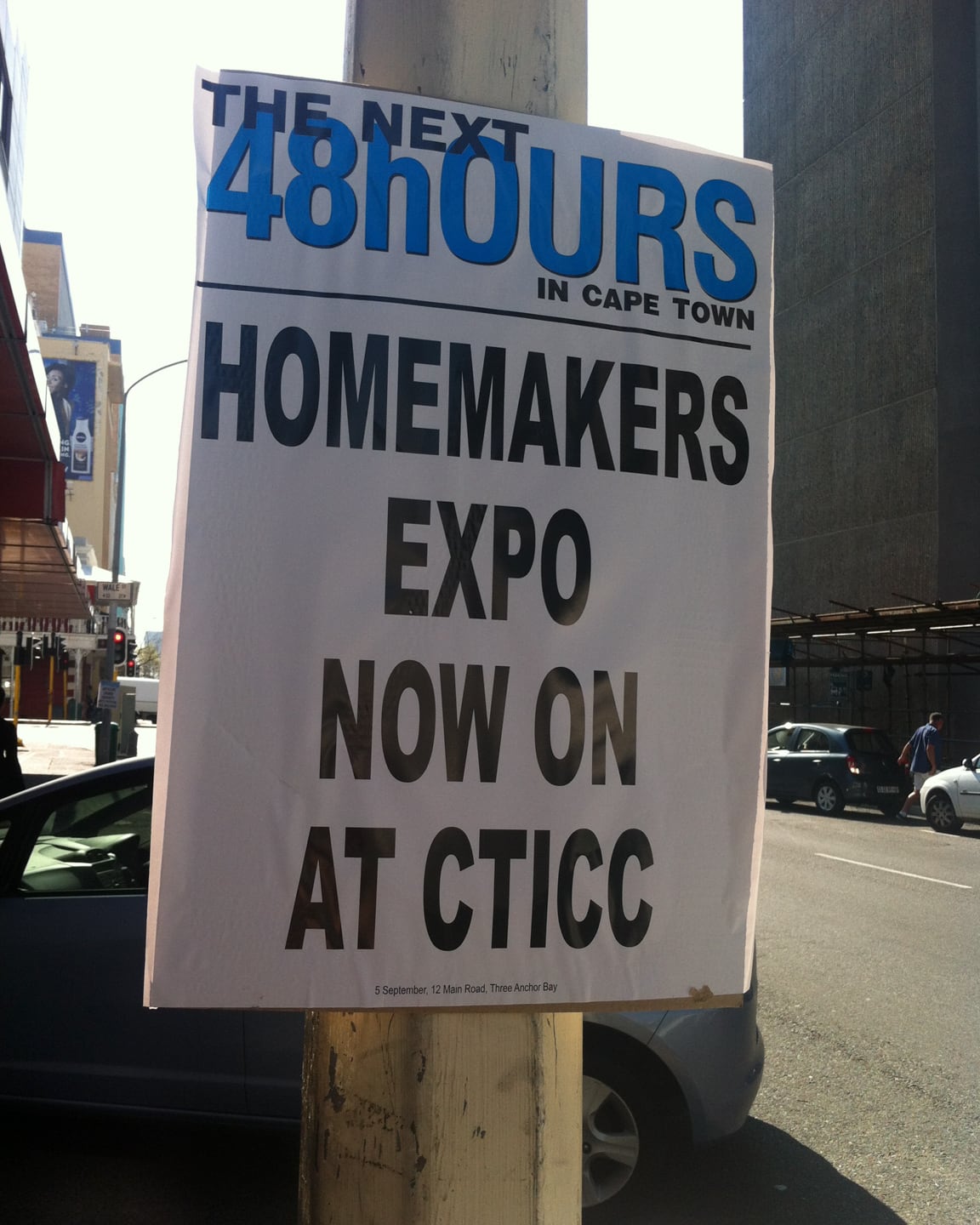 Finally, we leave you with this sign, which gave us a good chuckle. I do wonder how many American housewives and house husbands showed up to the event only to be thoroughly disappointed… 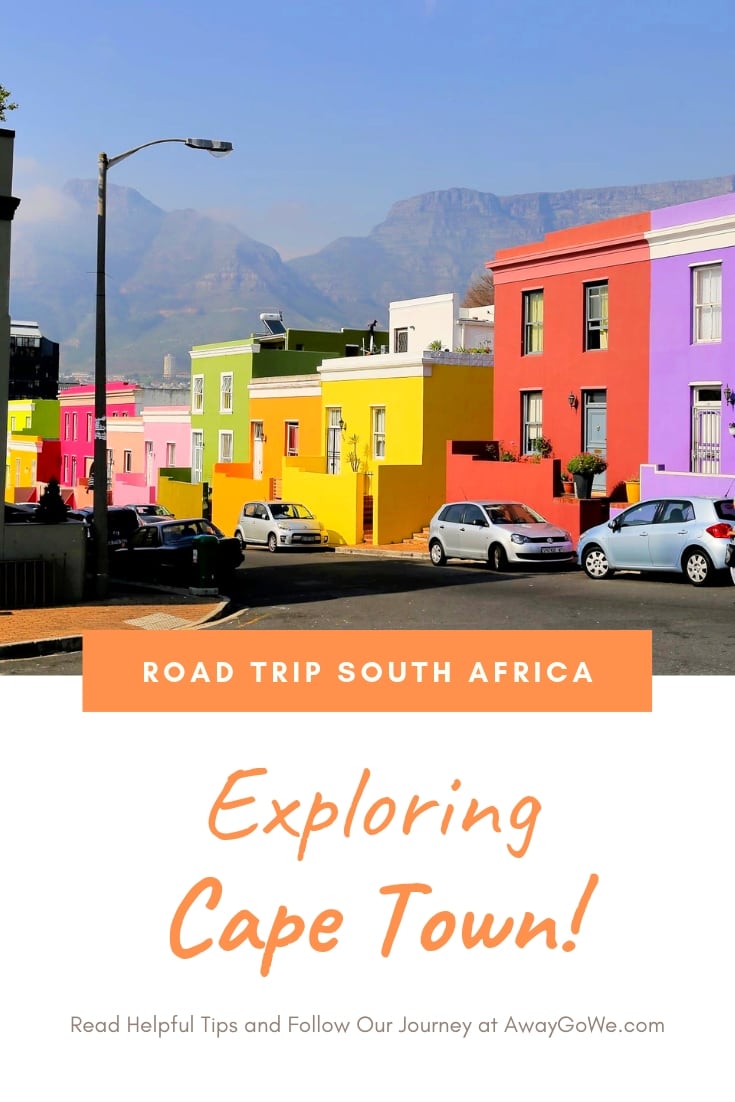 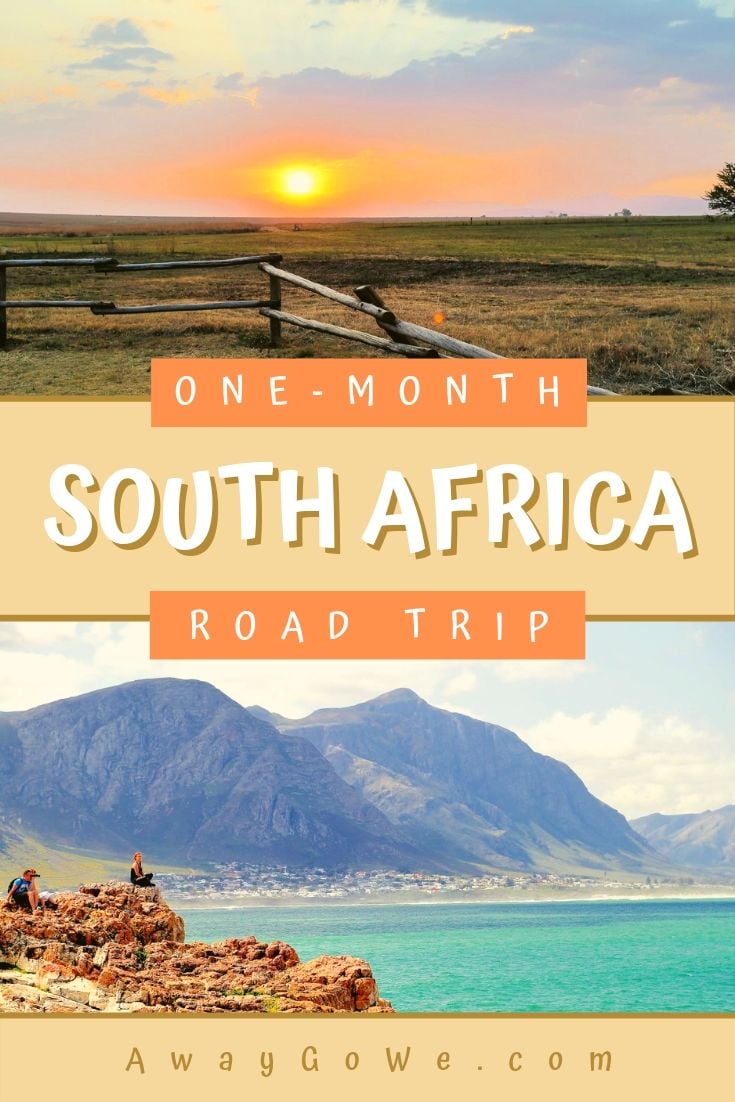