Beacon Rock is an 848-foot volcanic plug that you can hike to the top of with relative ease, thanks to a series of 51 switchbacks, handrails and bridges originally constructed by Henry […]

Beacon Rock (located near Stevenson, WA on the Columbia River) is an 848-foot volcanic plug that you can hike to the top of with relative ease, thanks to a series of 51 switchbacks, handrails and bridges originally constructed by Henry Biddle beginning in 1915, and added to by the Civilian Conservation Corps (CCC) in the 1930s.

The trail is a 2-mile out-and-back with 600 feet of elevation gain and takes about 30-40 minutes to complete at a leisurely pace. Additionally, the path and summit offer some of the best views anywhere on the Columbia River Gorge. Owing to all of the above, Beacon Rock is an incomparable hike unlike any other around, and one of our favorites in the region. 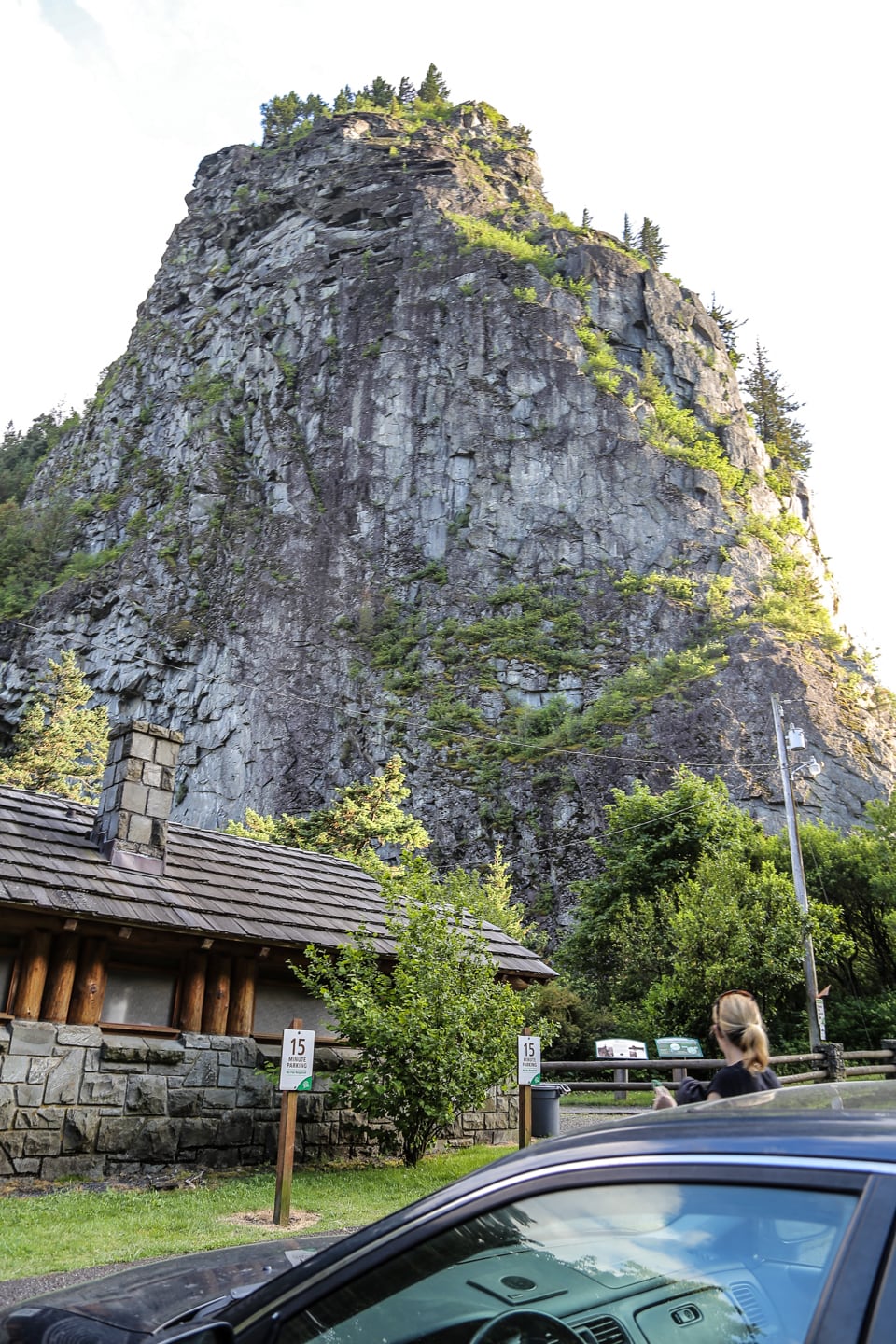 We hiked up to the top of Beacon Rock for the first time in May on our return trip from Eastern Oregon. We had left Wallowa Lake earlier that day and had been driving for several hours along back roads.

It was late in the afternoon when we reached Beacon Rock State Park, but the sun was still high and the temperature was cool and comfortable–perfect for a quick hike equivalent in elevation gain to climbing the 41-story Wells Fargo Center (Portland’s highest building). 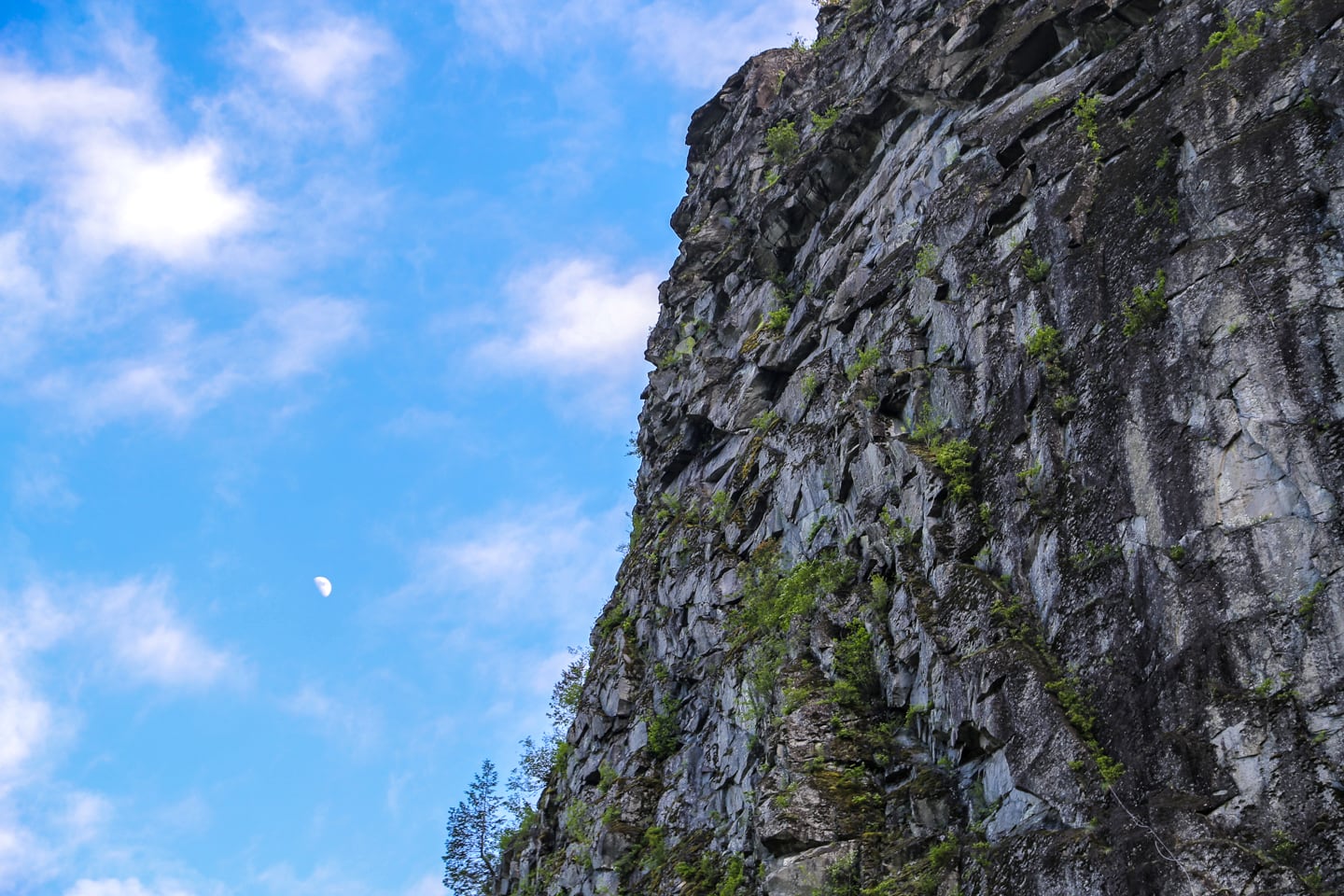 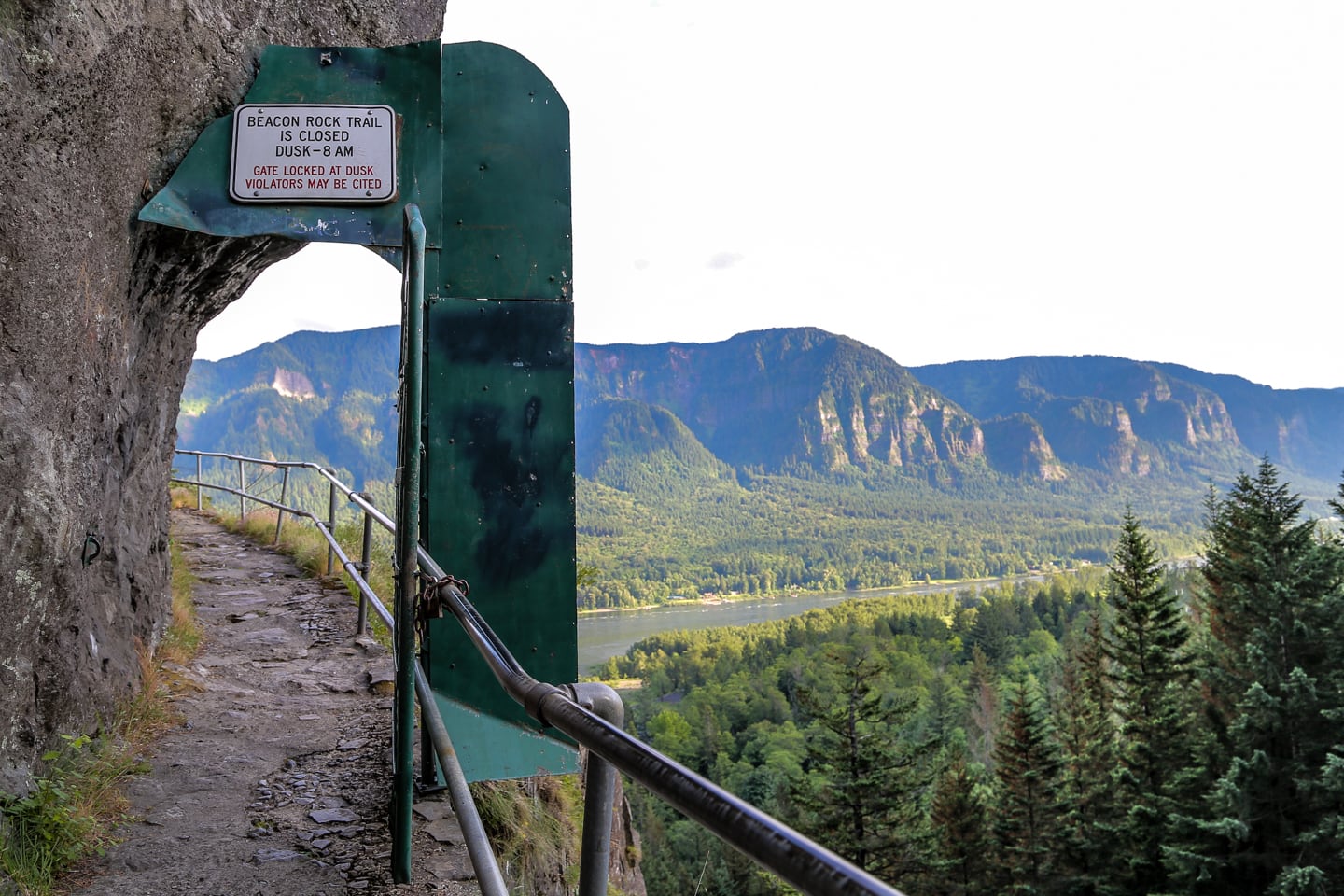 We returned to Beacon Rock with friends in June, again right before sunset. I’ve read reports of this hike being crowded, but honestly in May and June about an hour before sunset, we only encountered a handful of others, mostly on our way back down.

About 5-10 minutes into the climb, you approach a gate that ominously announces its closure promptly at sunset. While the thought of getting locked in (or more likely, cited and asked to leave) is a bit of a buzzkill, we had no problem catching a beautiful sunset over the gorge wall and getting back to the car before official sunset time. 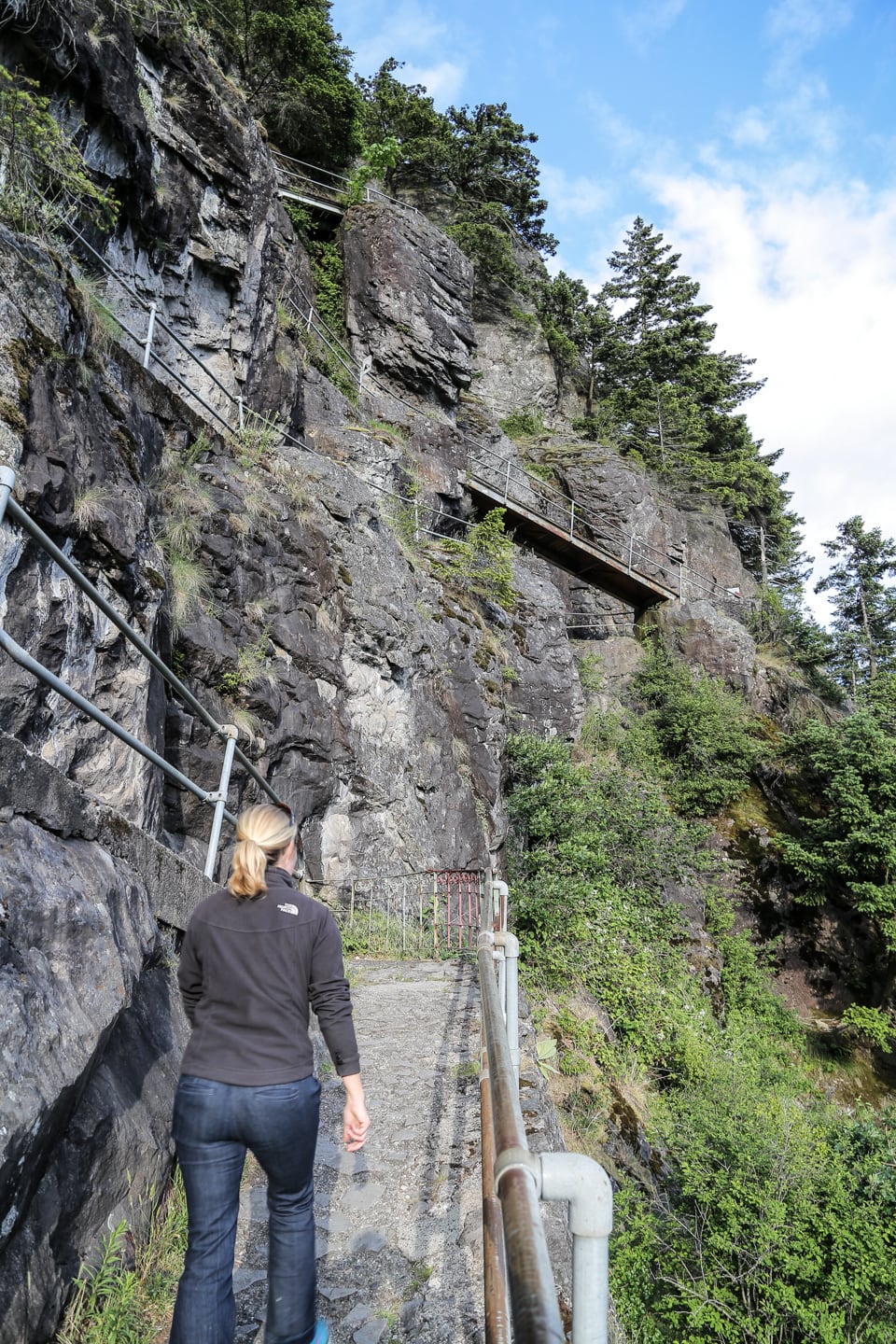 As mentioned above, one of the defining characteristics of this hike are the series of 51 switchbacks, rails and bridges which aid in the ascent up the rock while offering a solid workout at the same time. Definitely gets the heart pumping! 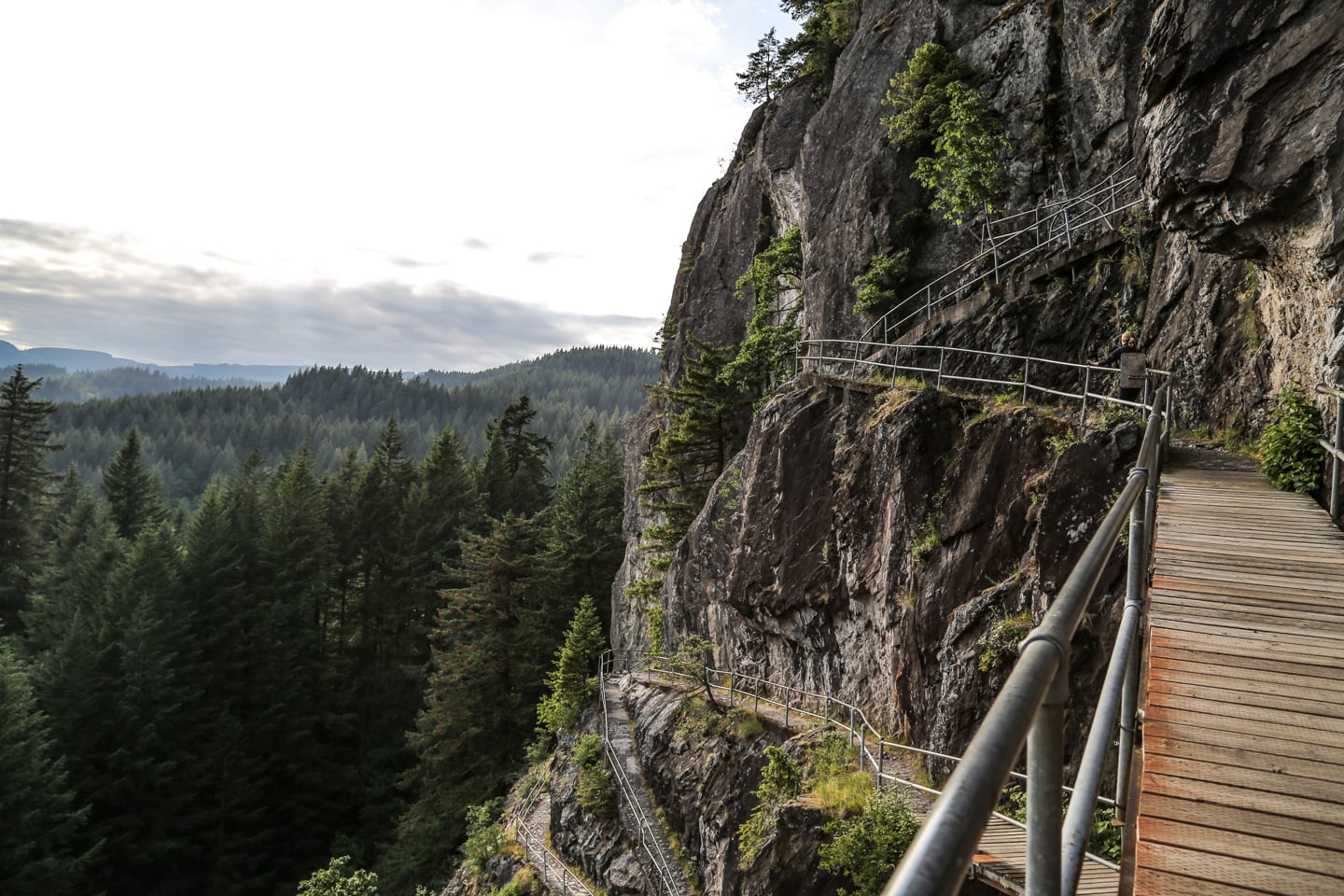 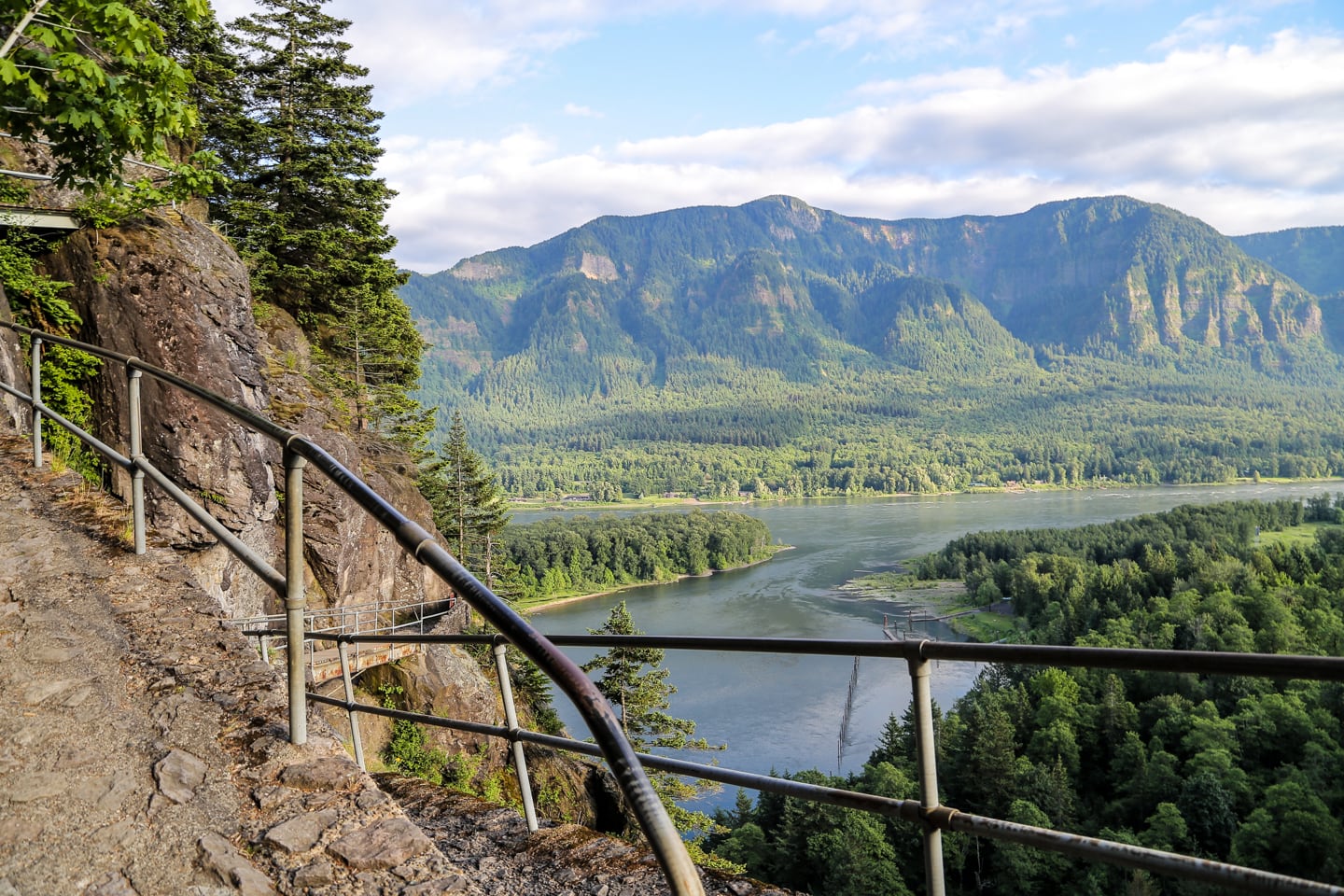 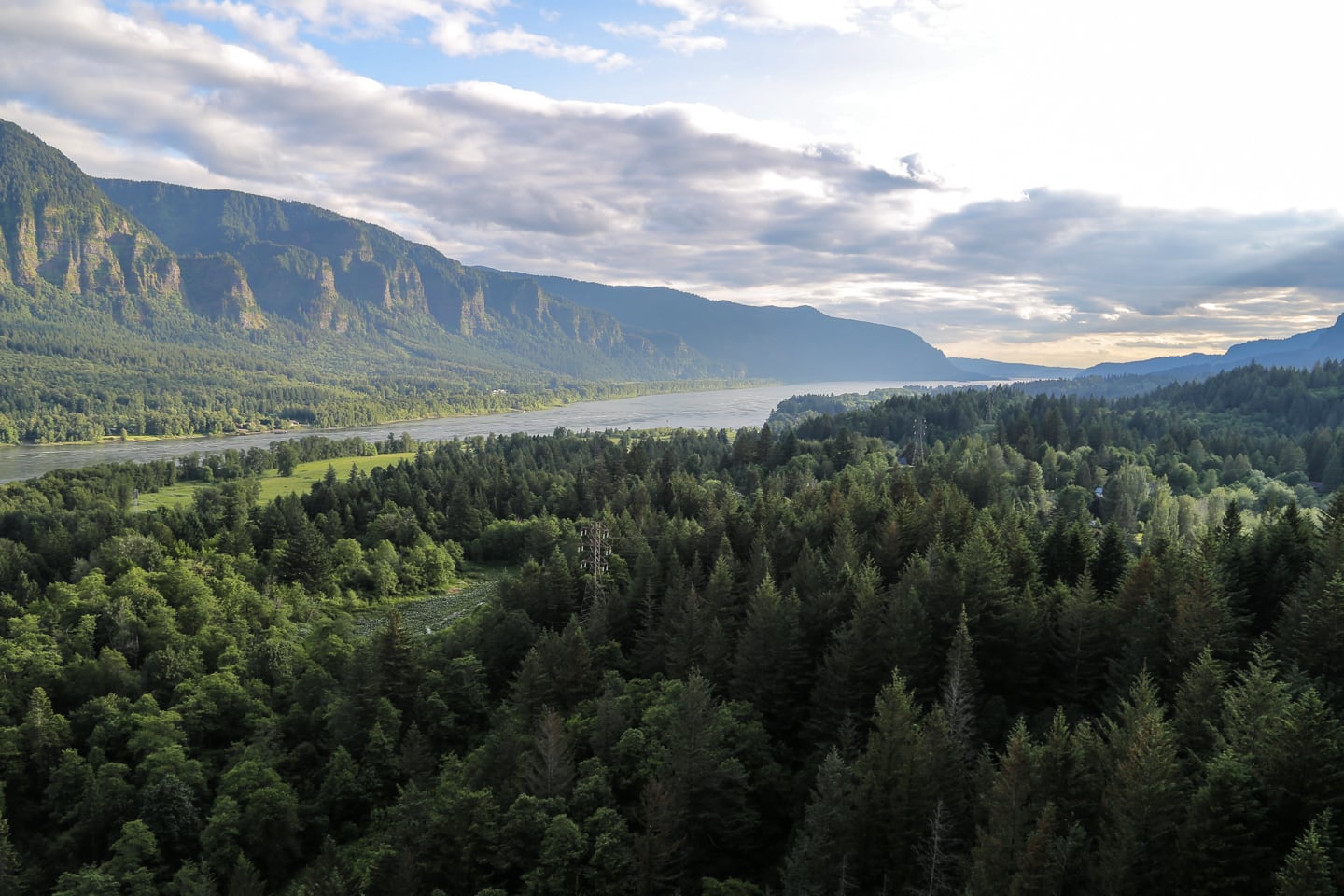 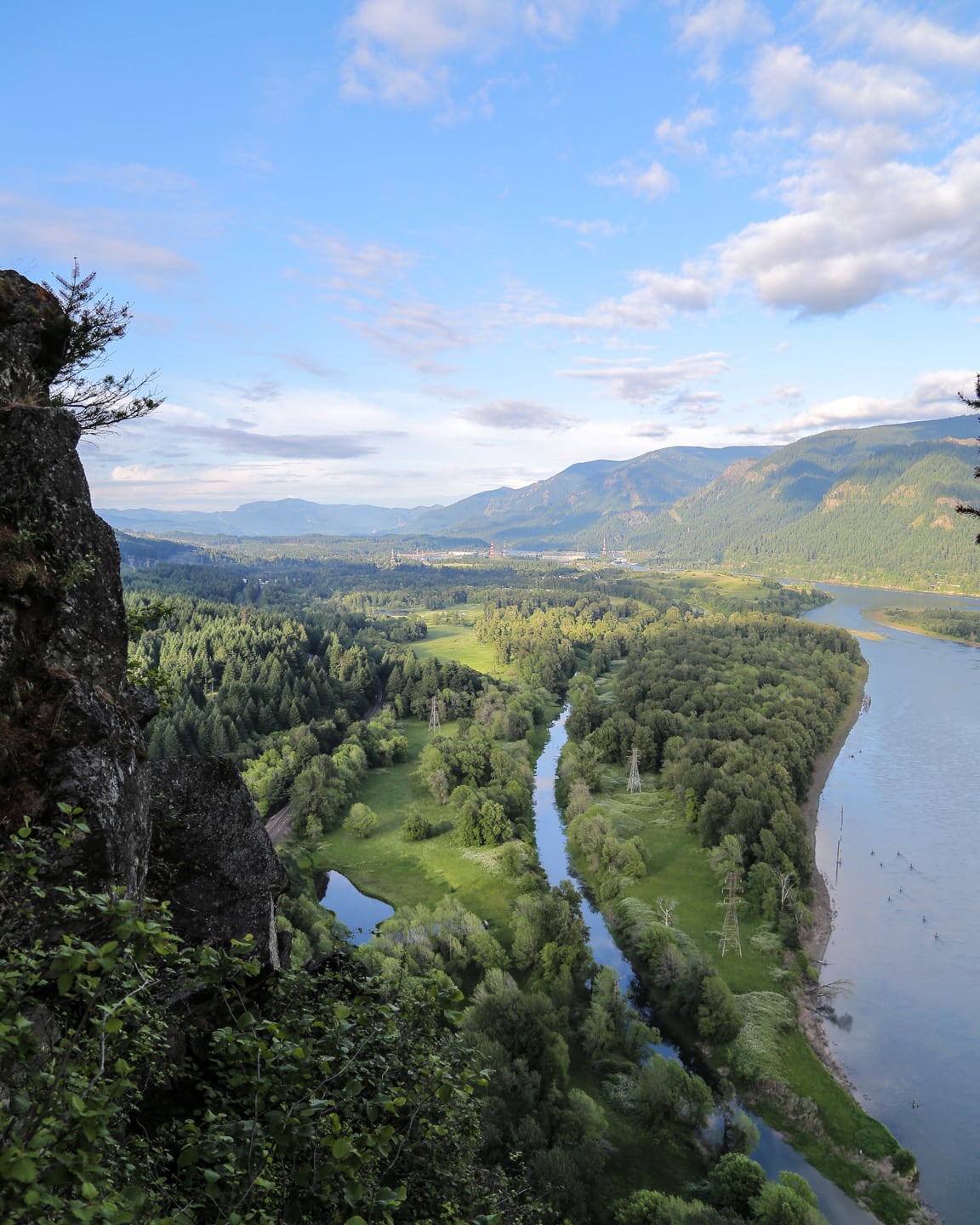 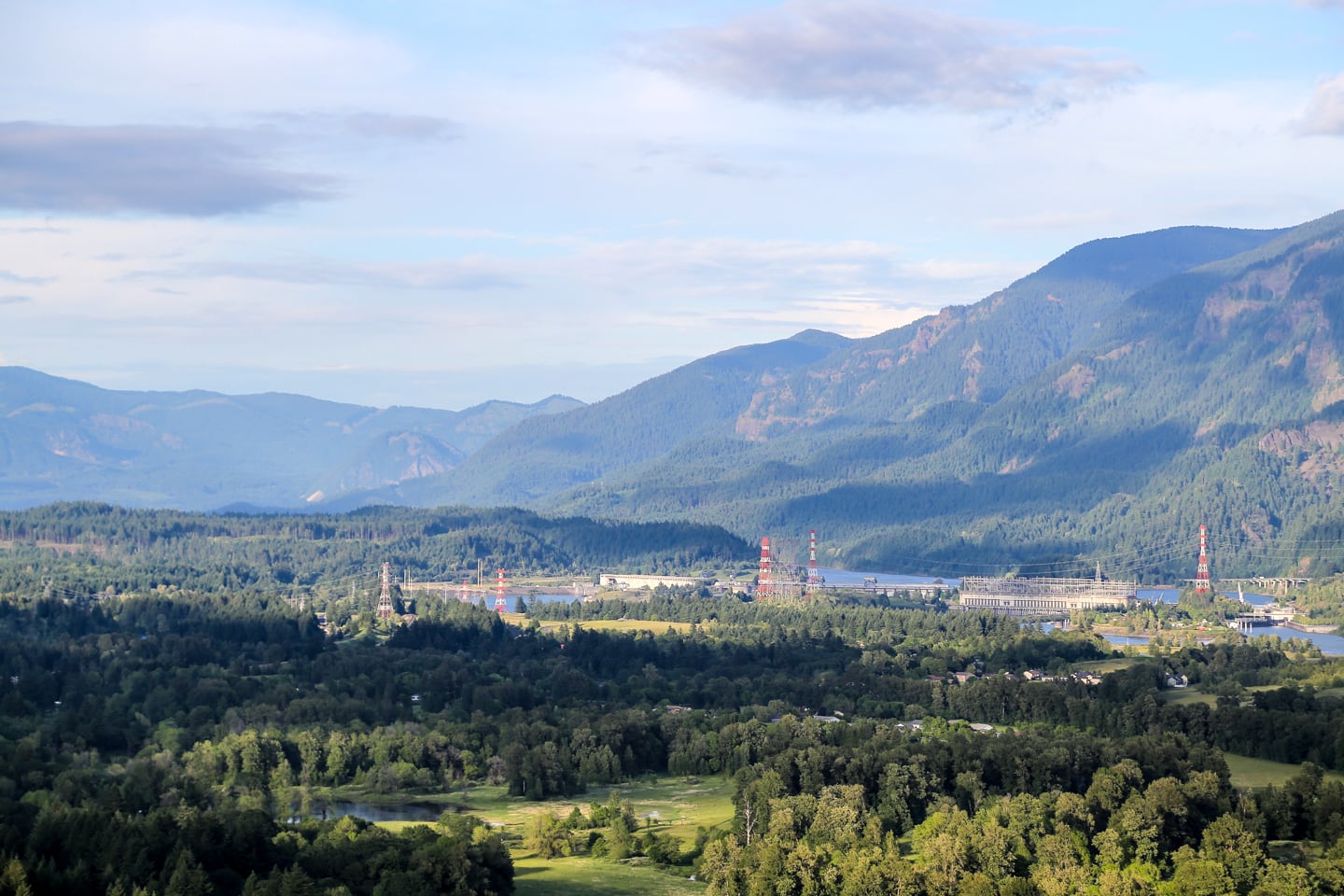 In addition to commanding views of the Columbia Gorge to the east and west, the summit also offers a unique view of the Columbia’s historic (and controversial) Bonneville Dam. 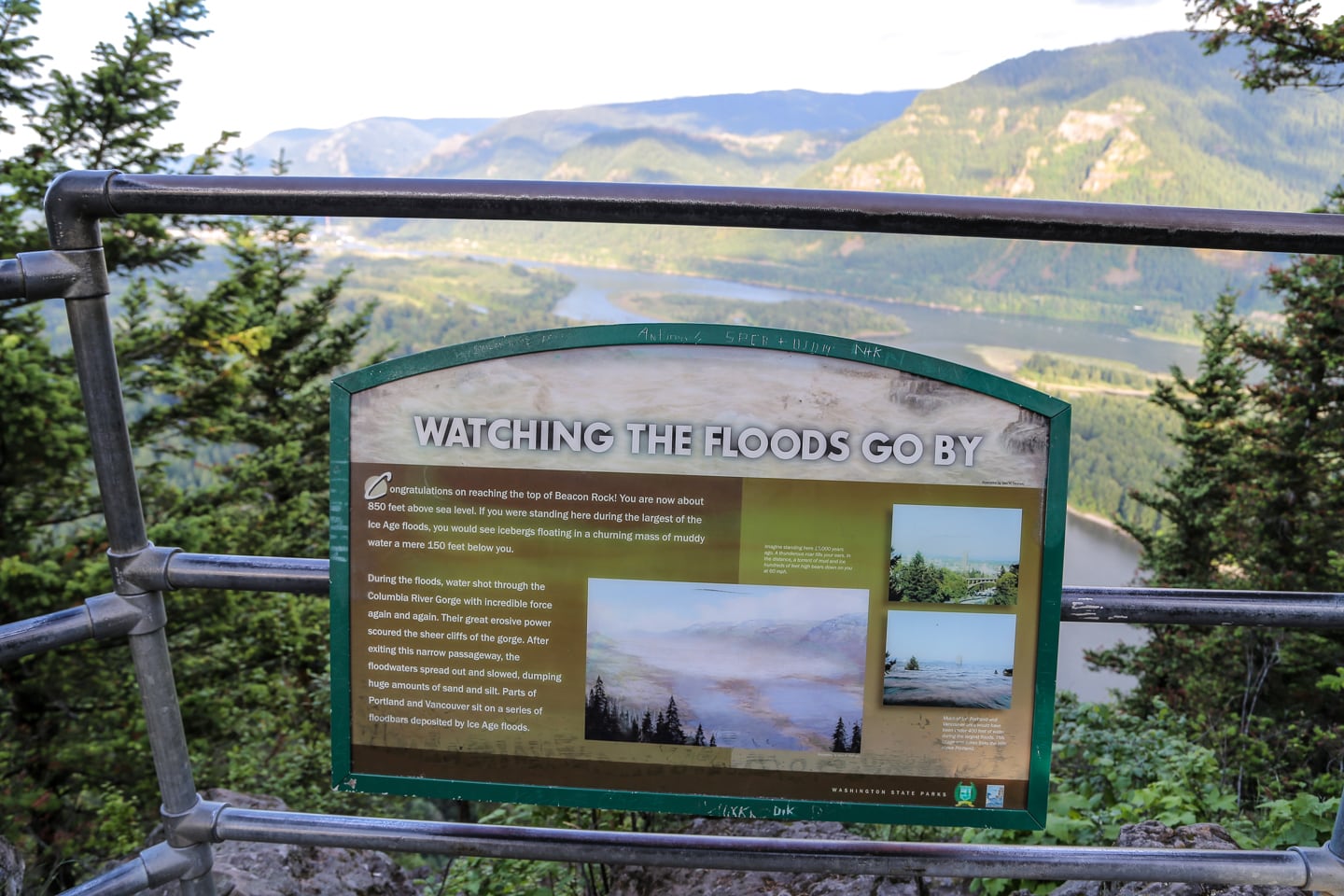 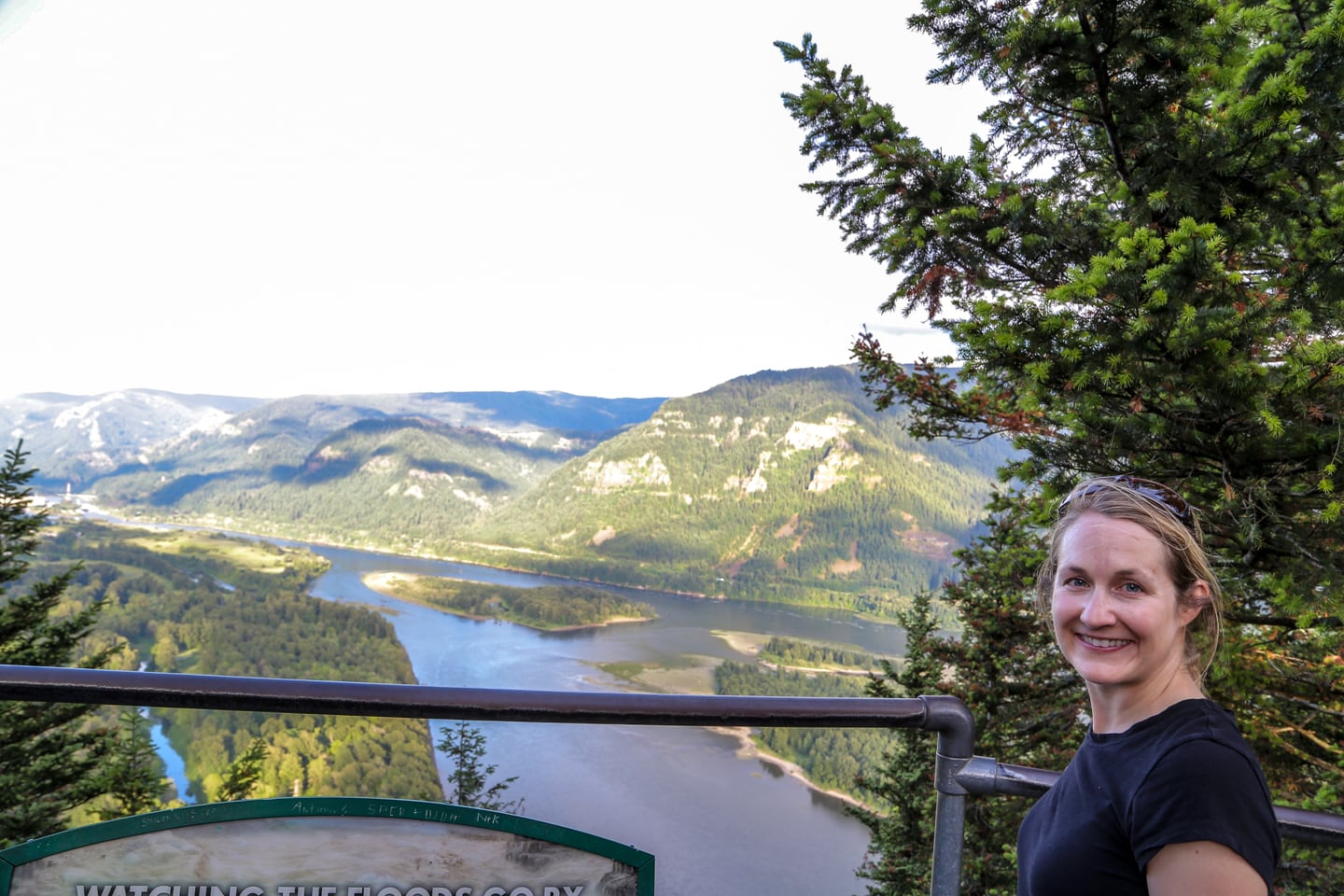 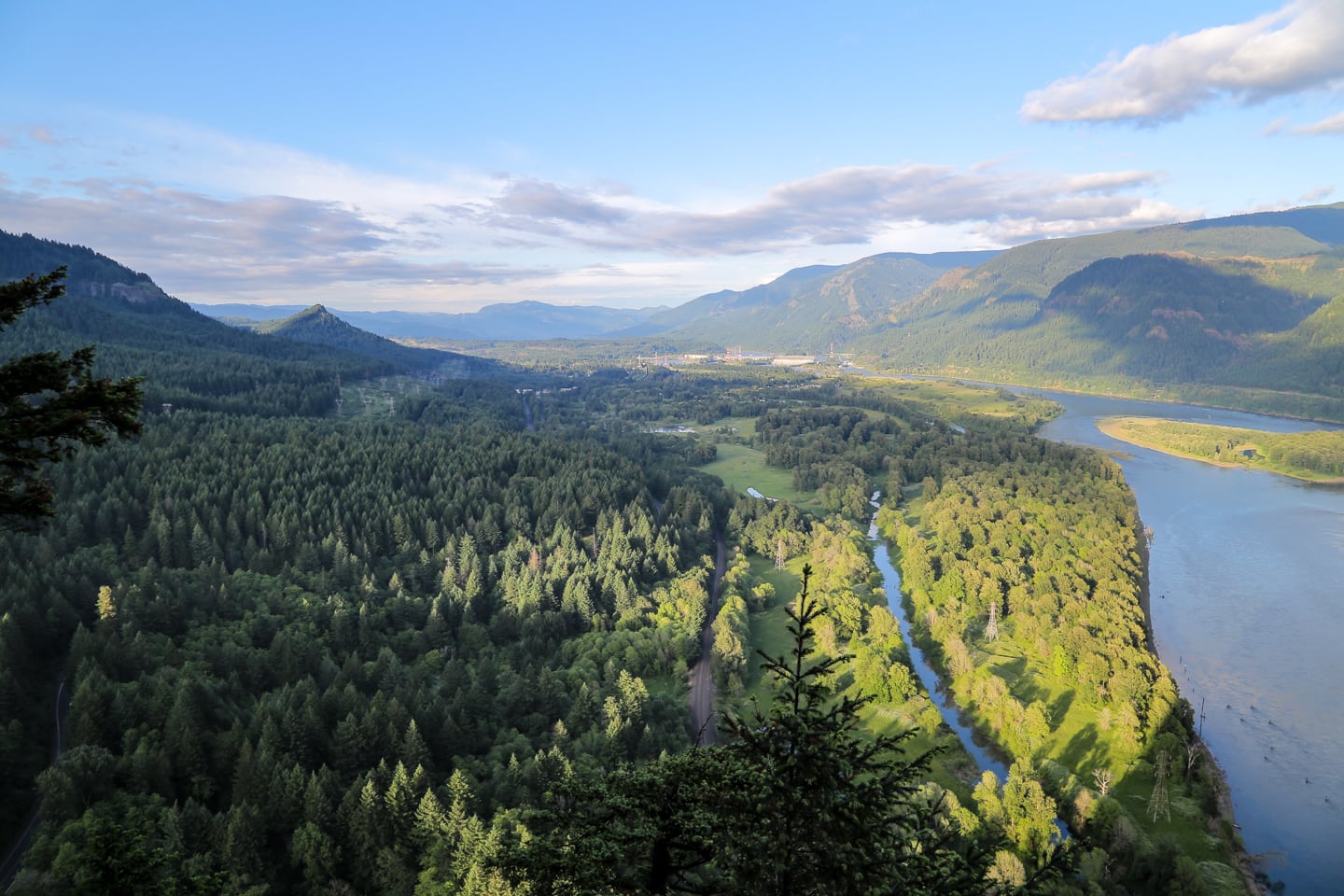 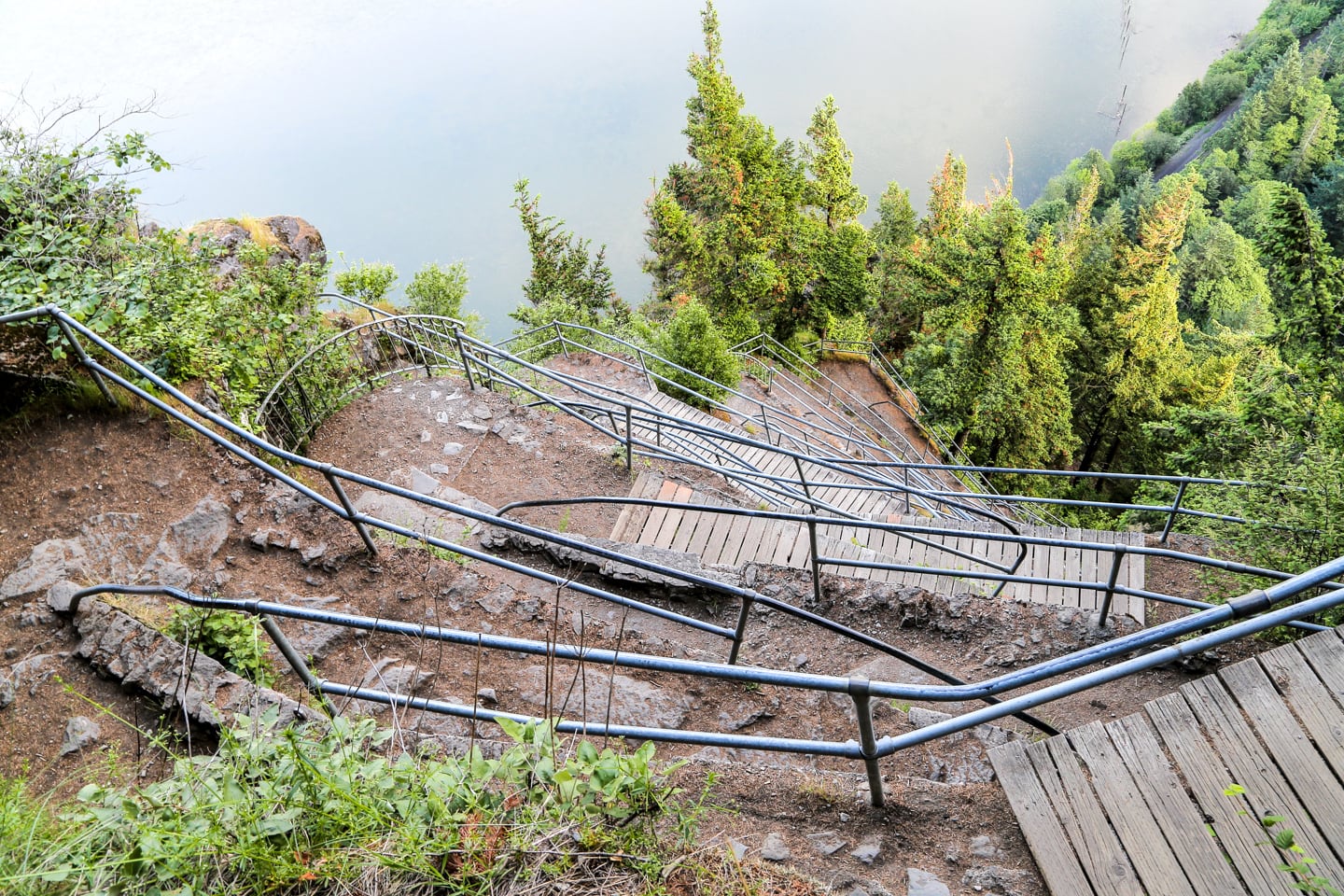 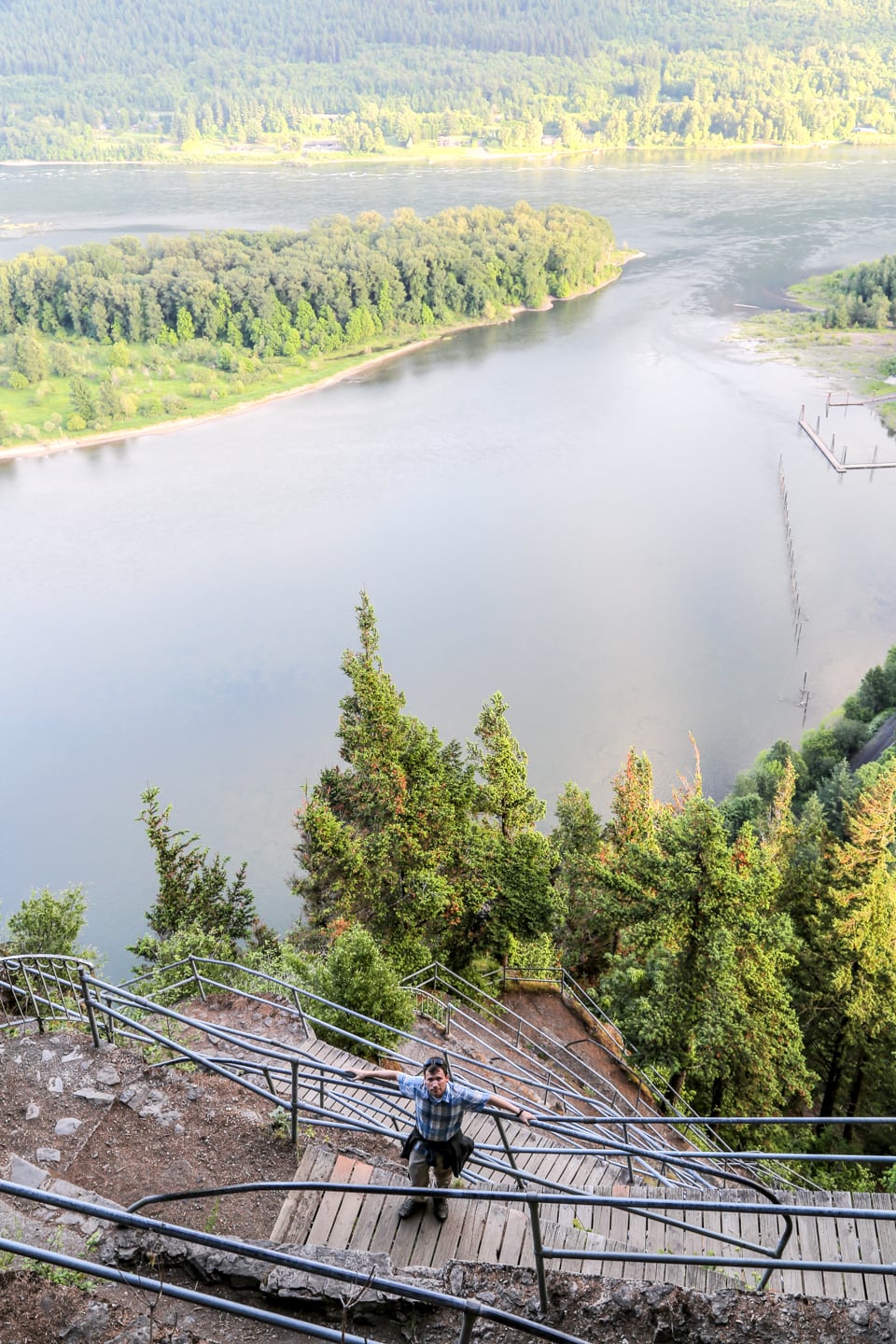 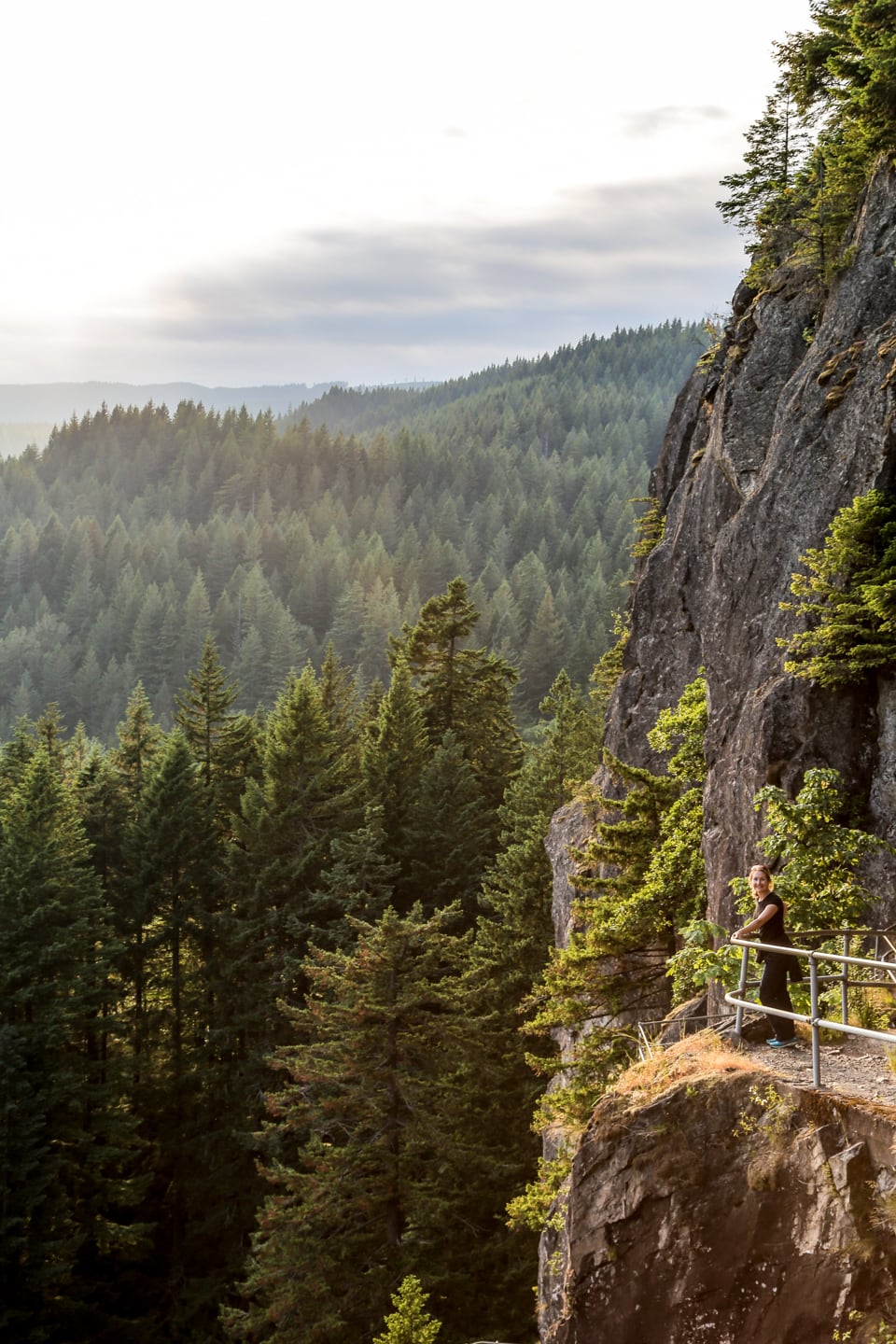 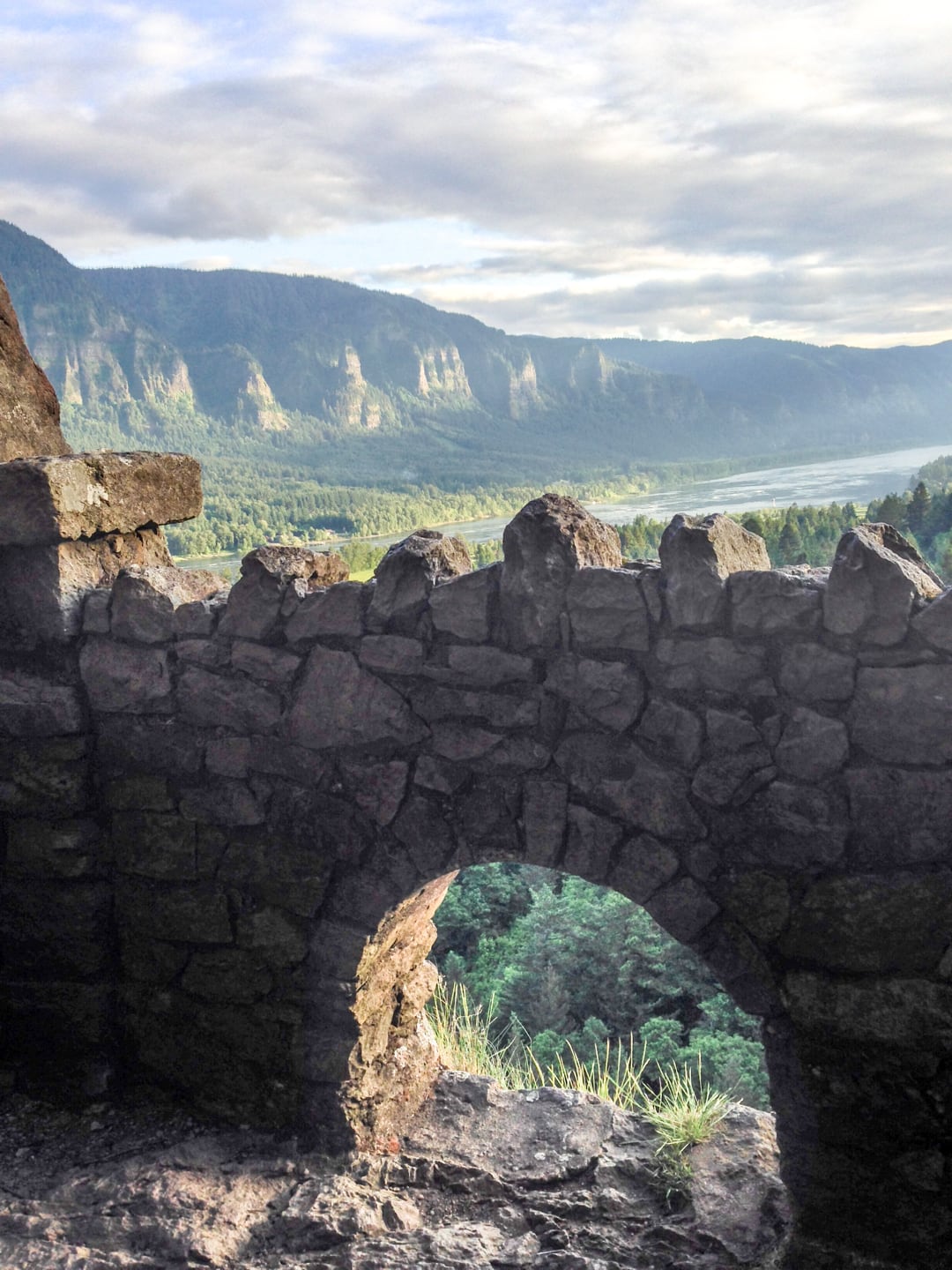 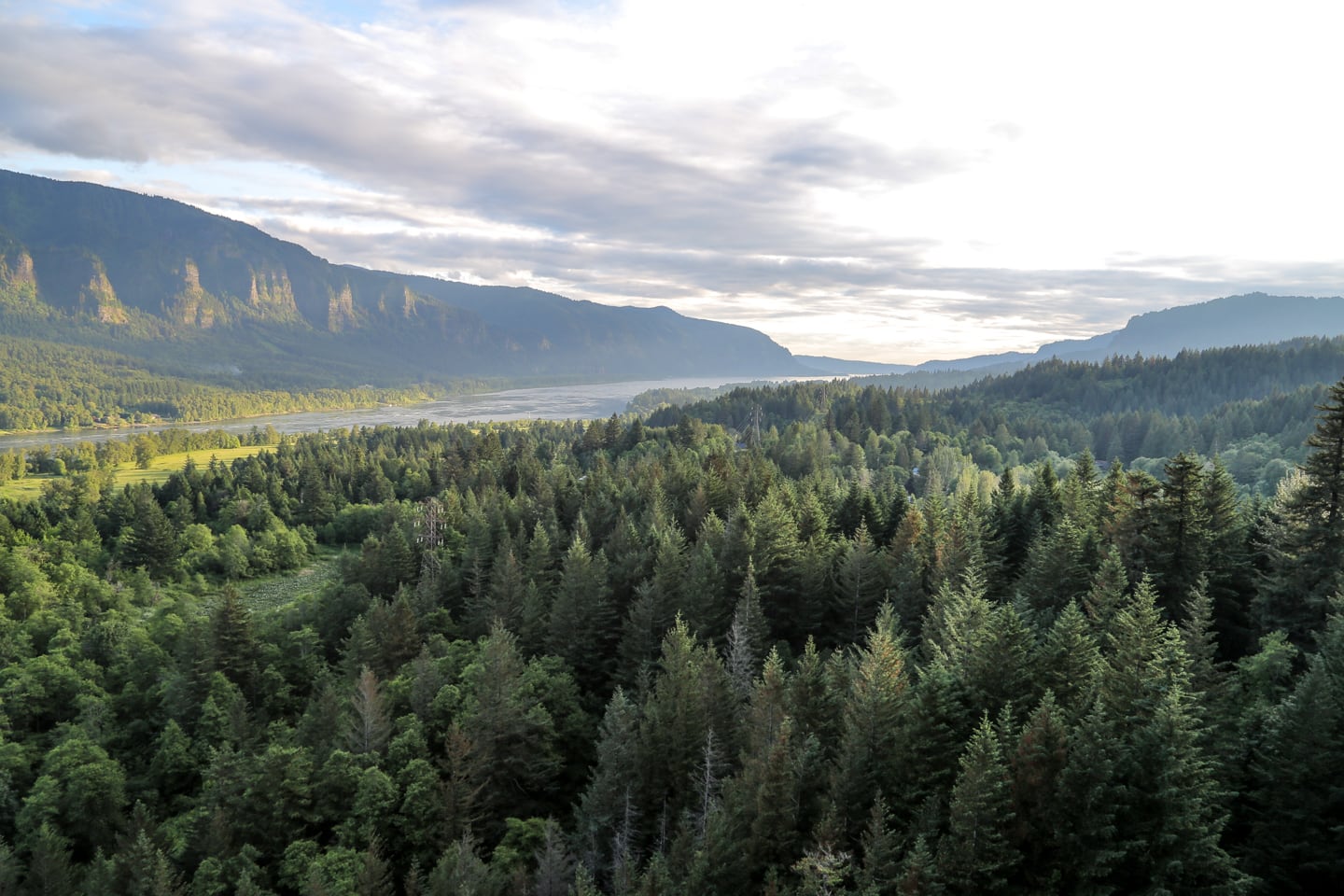 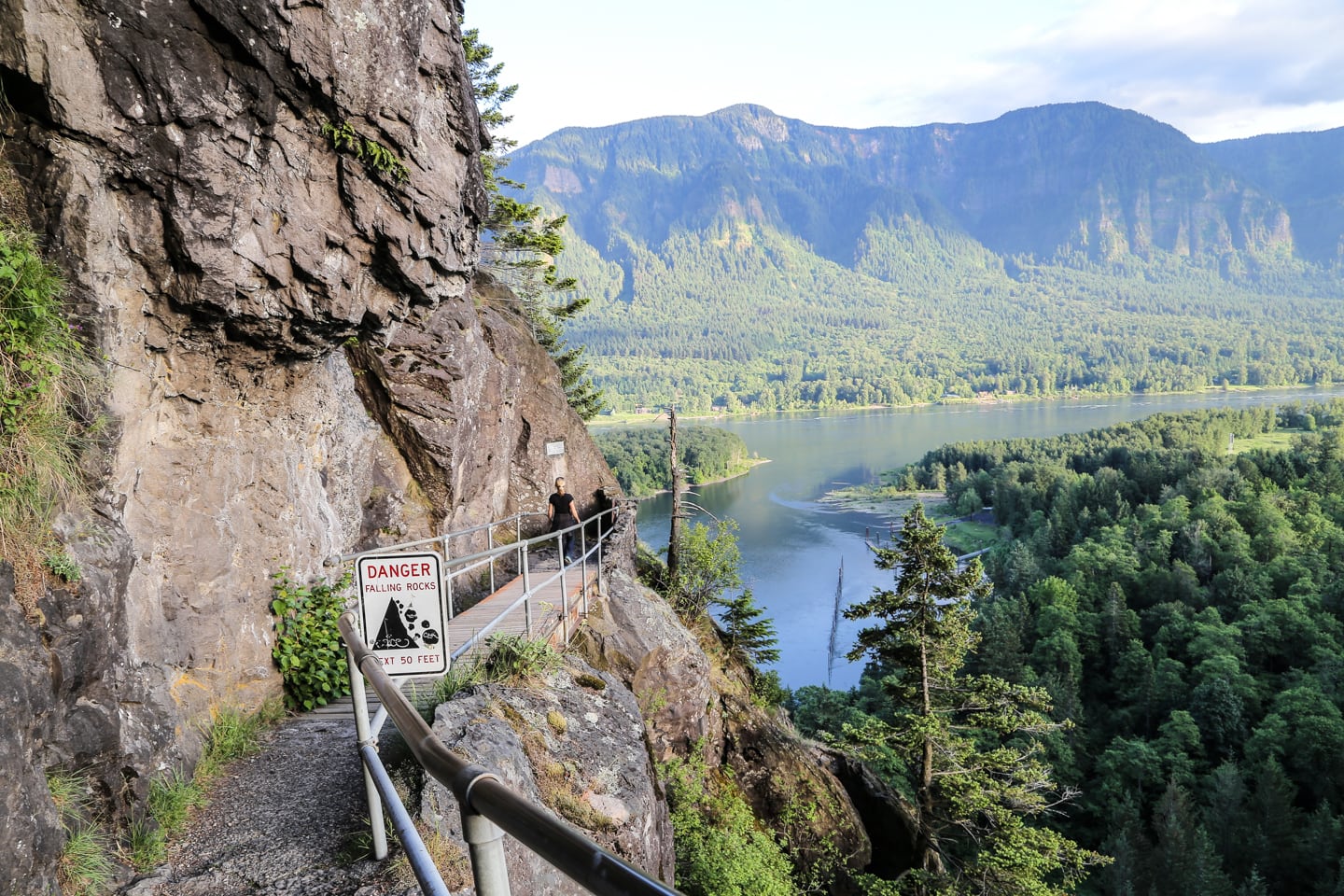 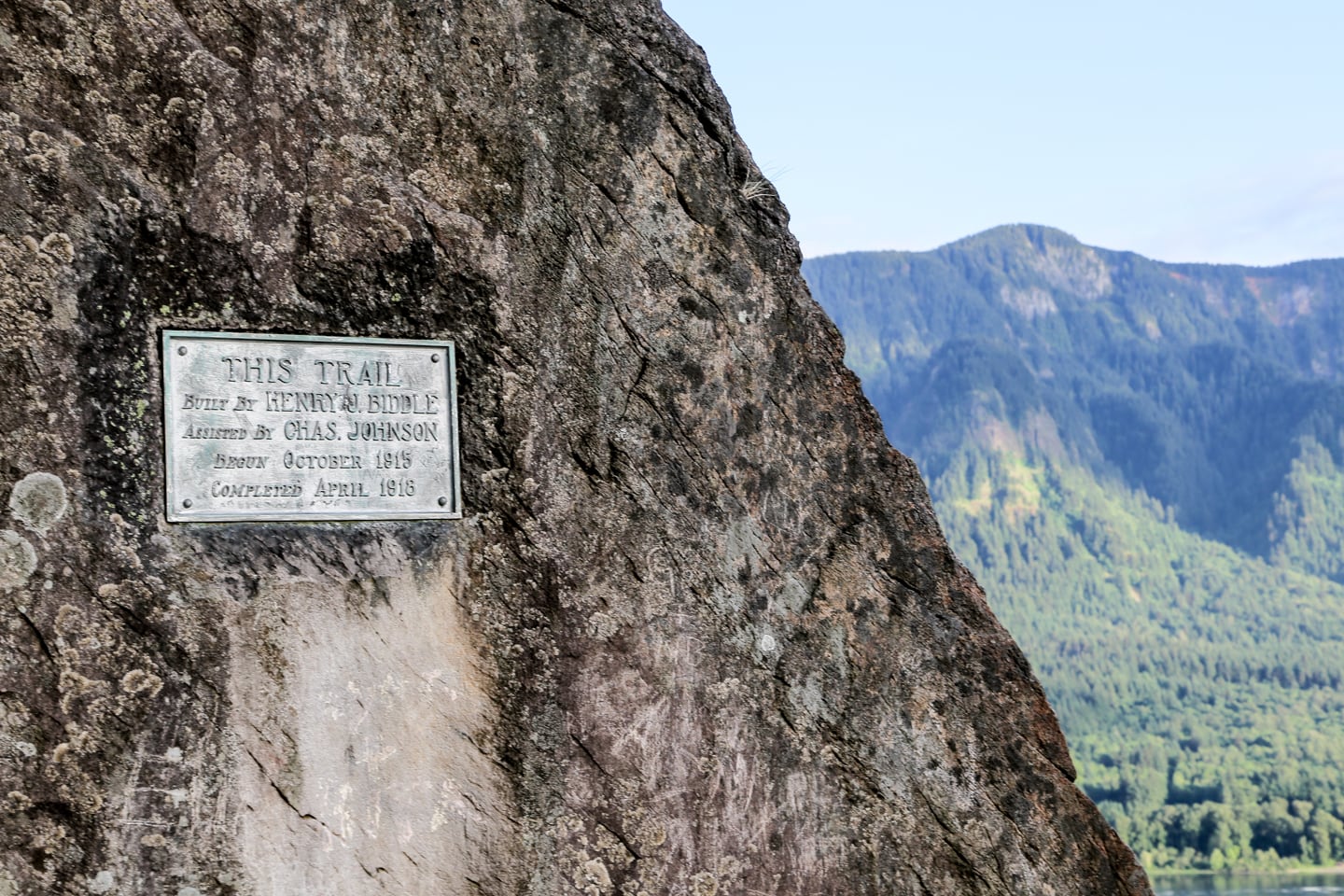 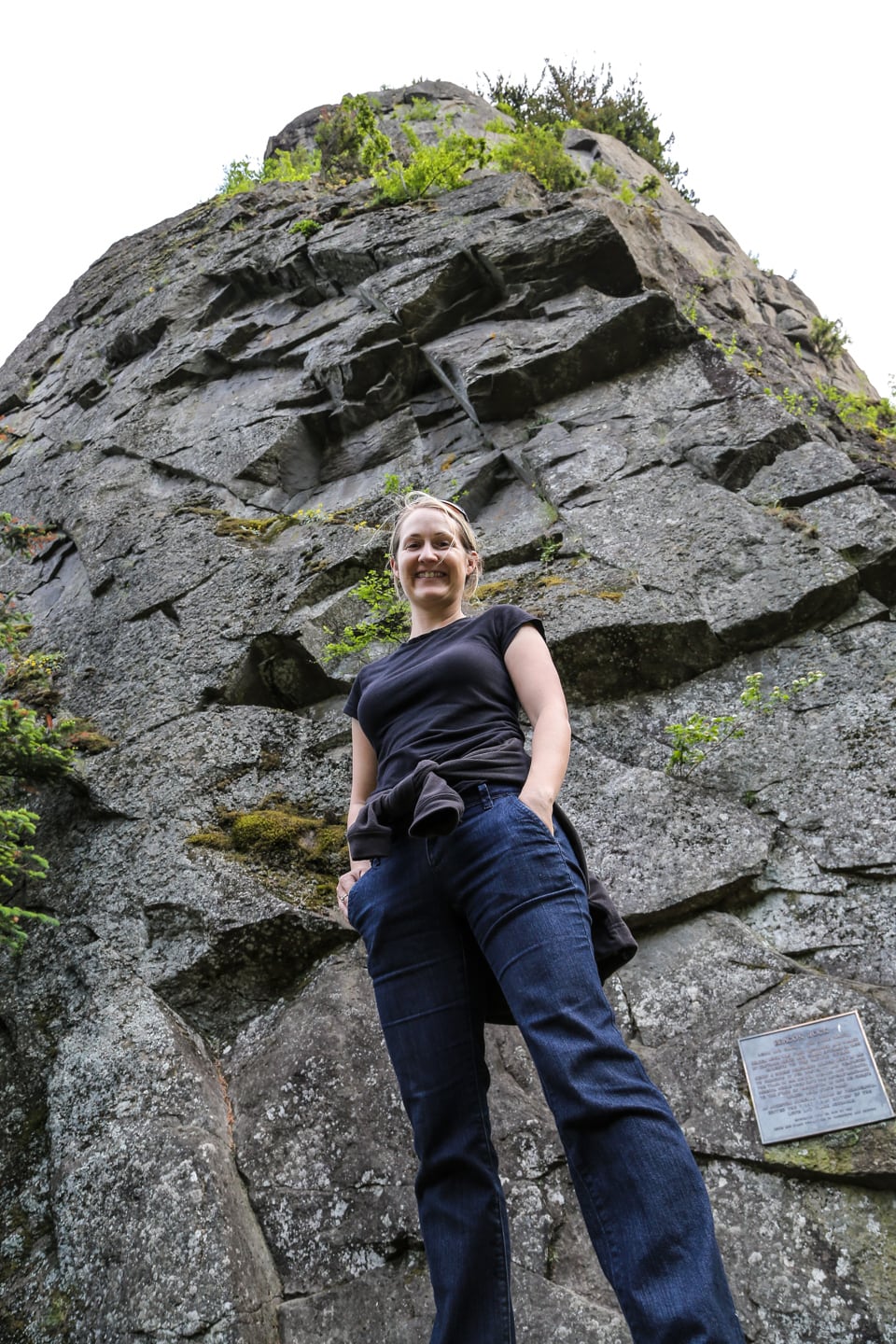 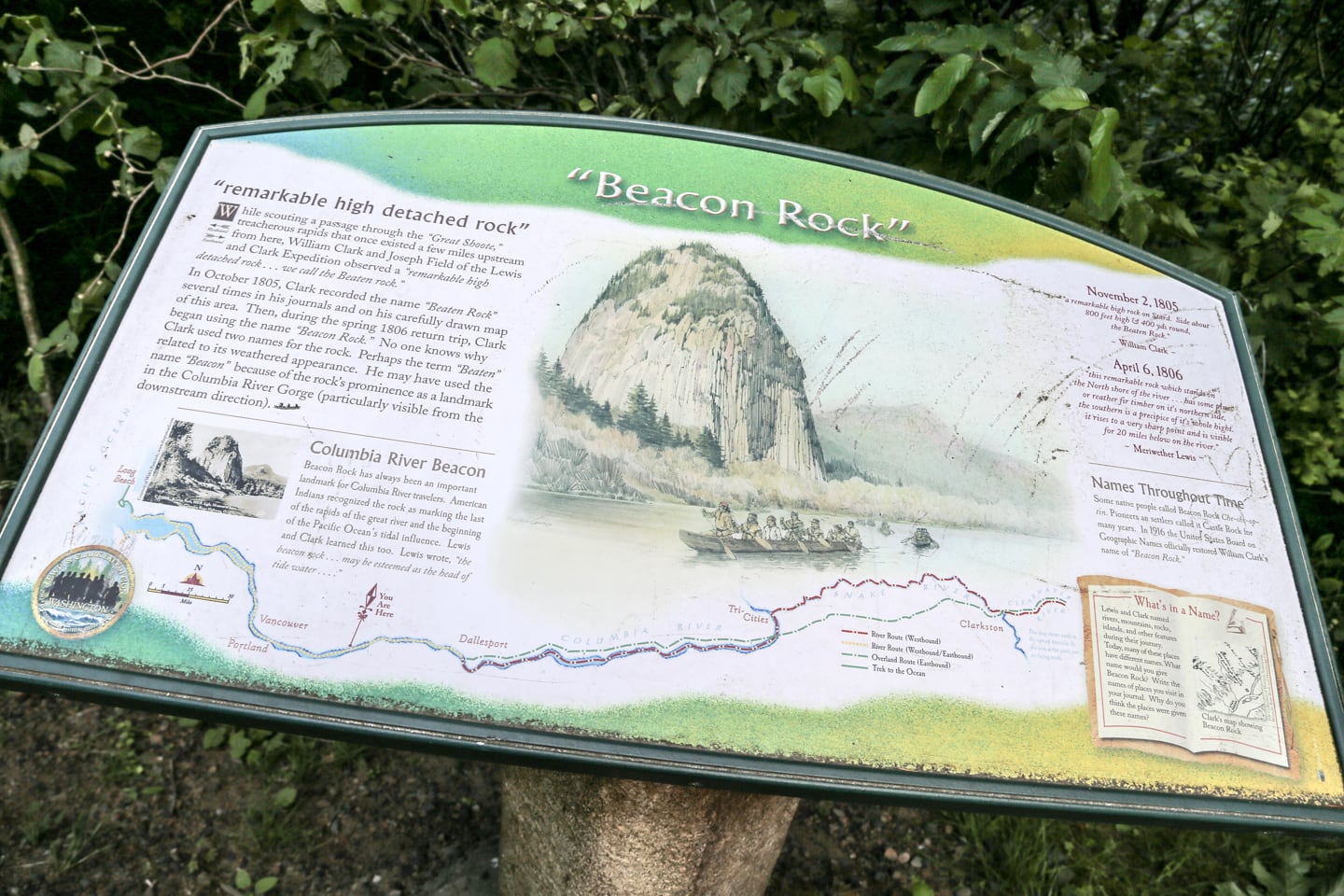 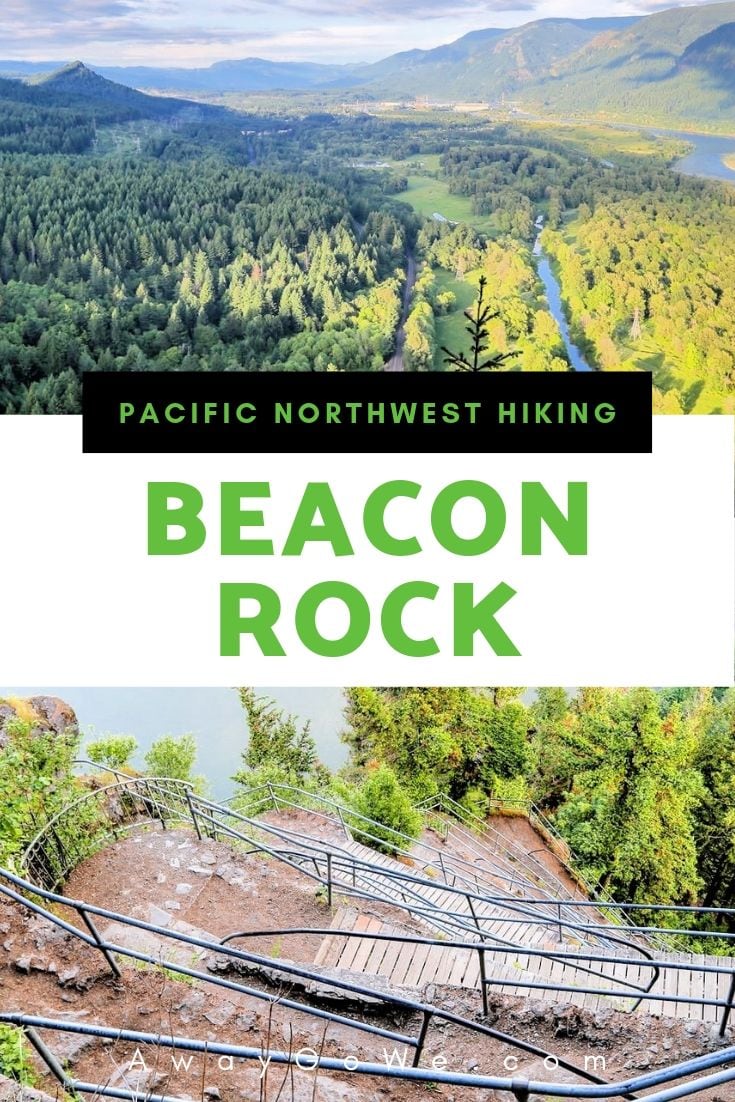