A few weeks back we joined my parents on safari through a game reserve featuring over 70 species of exotic animals, including tigers, giraffes, zebras, lions, elephants, […]

A few weeks back we joined my parents on safari through a game reserve featuring over 70 species of exotic animals, including tigers, giraffes, zebras, lions, elephants, cheetahs and bears. No, we didn’t get a last minute deal on a flight to Africa. One of the best game reserves in the U.S. just happens to be a few miles outside our hometown of Roseburg, Oregon! 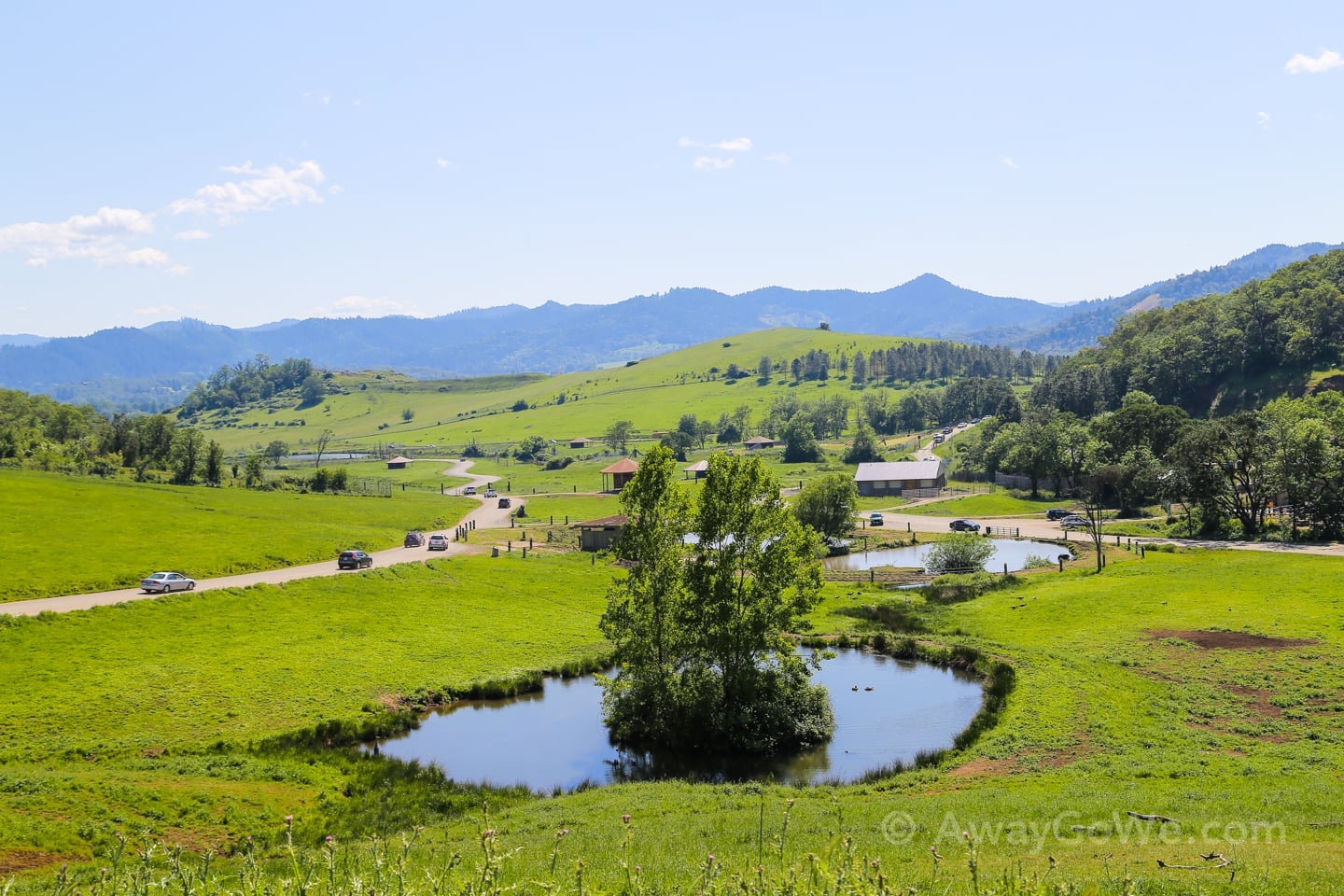 Wildlife Safari has been around for over 40 years, and Lori and I visited the park frequently as kids, never thinking some day we’d be so fortunate as to actually see a lot of the same animals in their native Africa and Asia.

Even after visiting parks in those places or seeing hippos, elephants and zebra in the wild in their native habitat, Wildlife Safari still managed to impress. Sure, we’ve been there many times when all of the animals are napping or hiding from the sun (which is why an annual membership is a great idea if you live anywhere near this place), but this day was different. It was an unseasonably hot and dry Saturday in early May, but the animals were about as active as we’d ever seen them. And the grounds, about as green as ever. 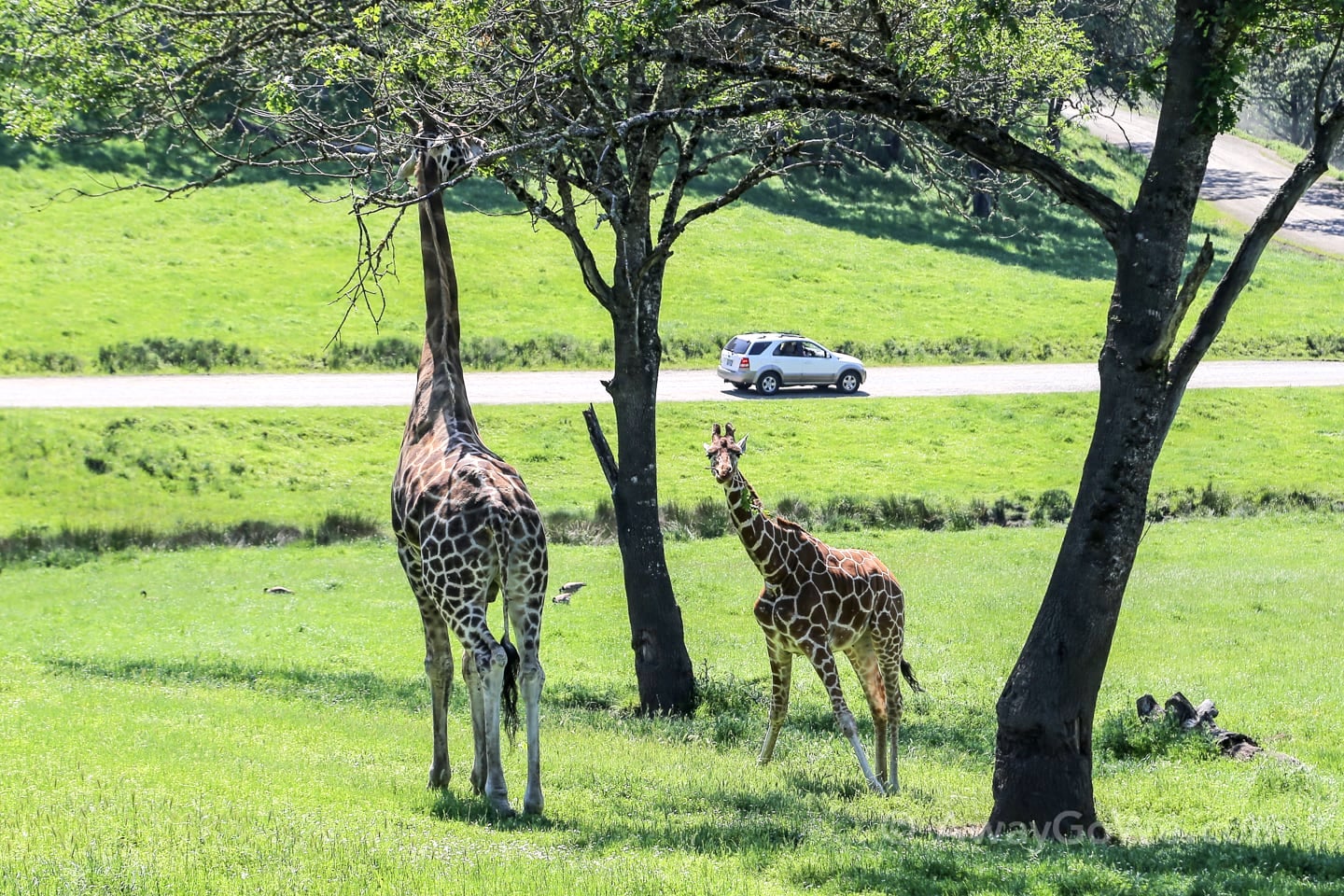 Wildlife Safari is divided into two parts, the 600-acre drive-through park, and the free walk-through Safari Village. The park is AZA-acredited (Association of Zoos and Aquarium) with a focus on conservation of rare and endangered species. Wildlife Safari might best be known for it’s world-renowned cheetah breeding program, which has produced over 170 cubs to date. 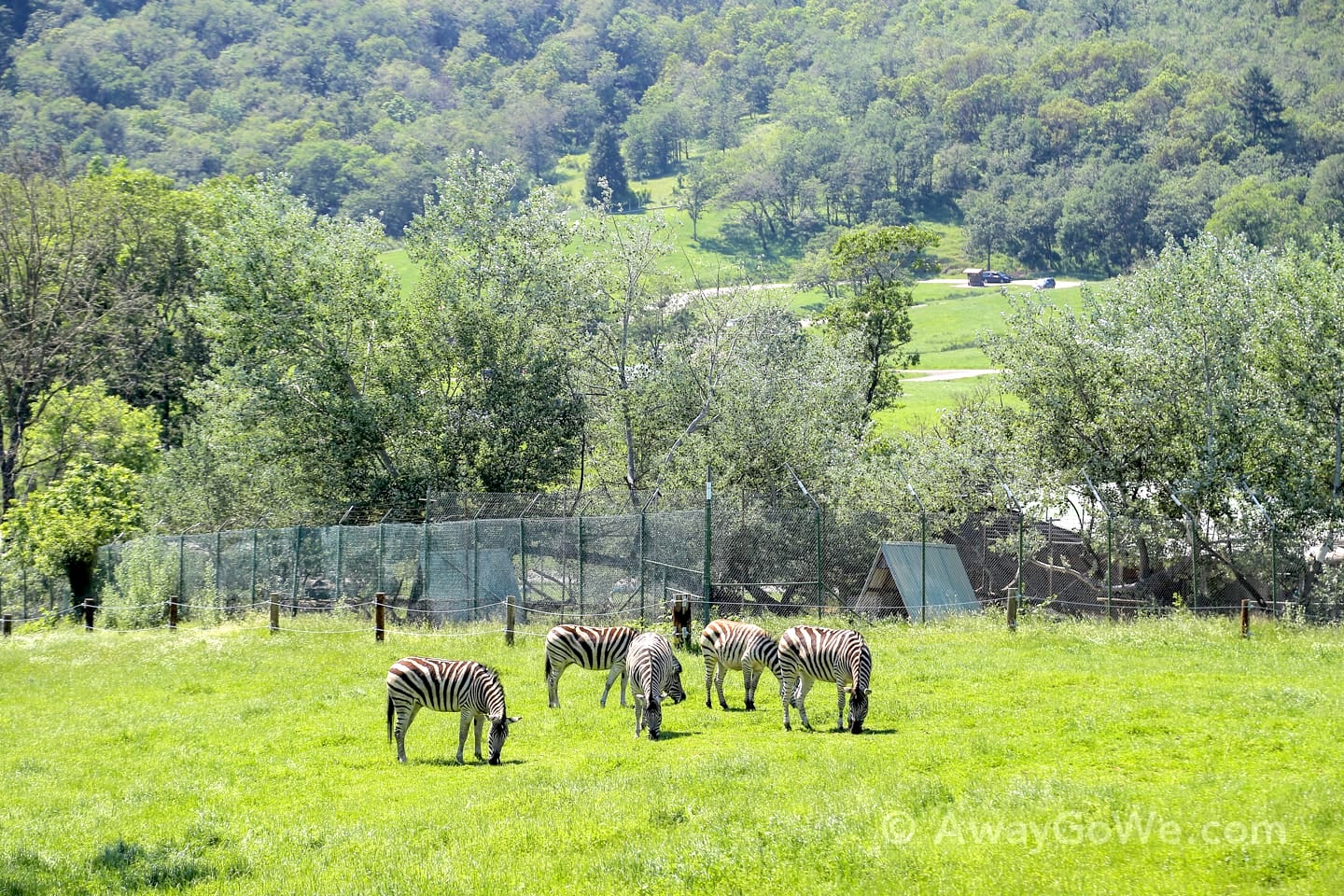 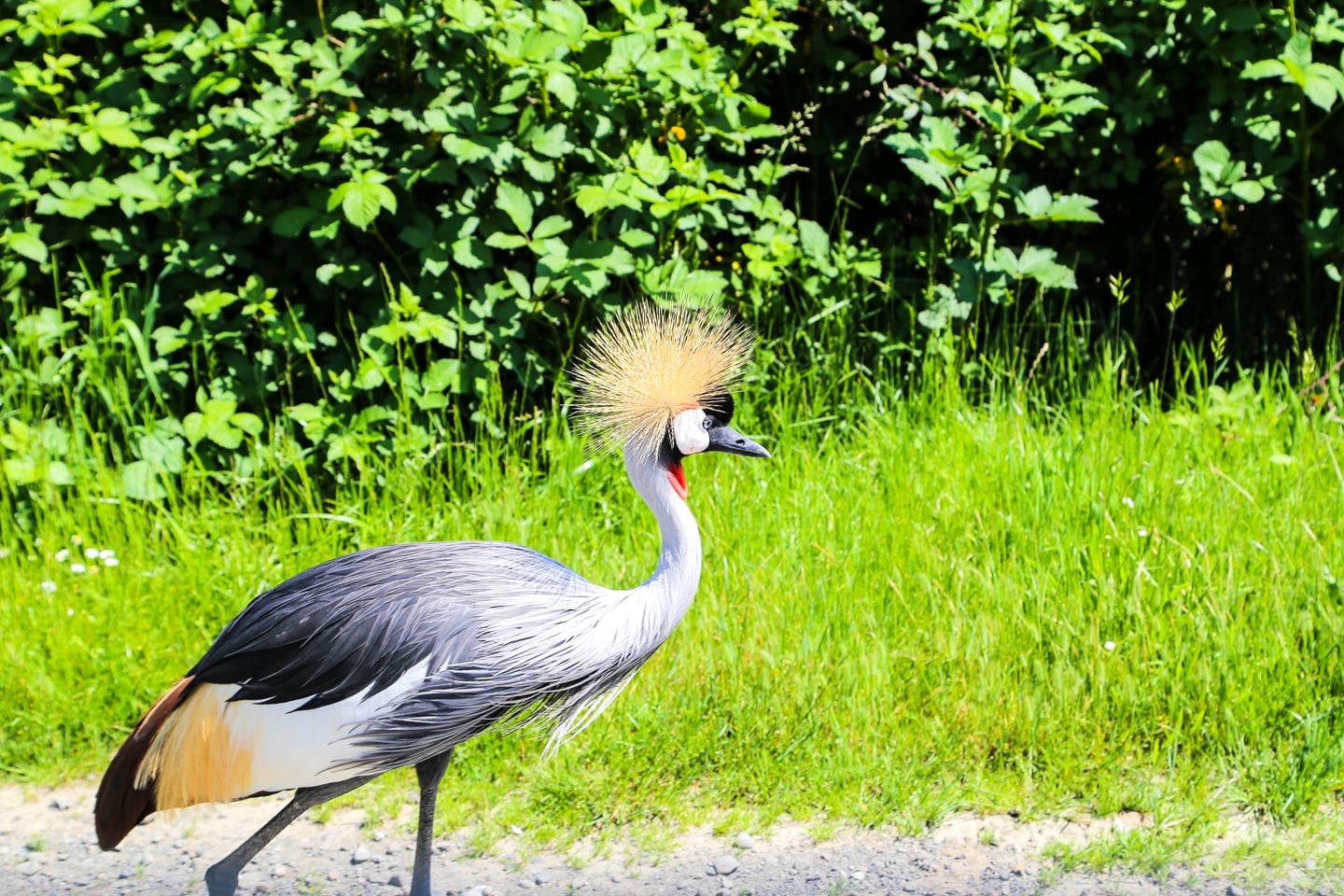 Remember this guy from Uganda? It’s an East African Crowned Crane (or Crested Crane, as it is known in Uganda), and is the national bird of Uganda. 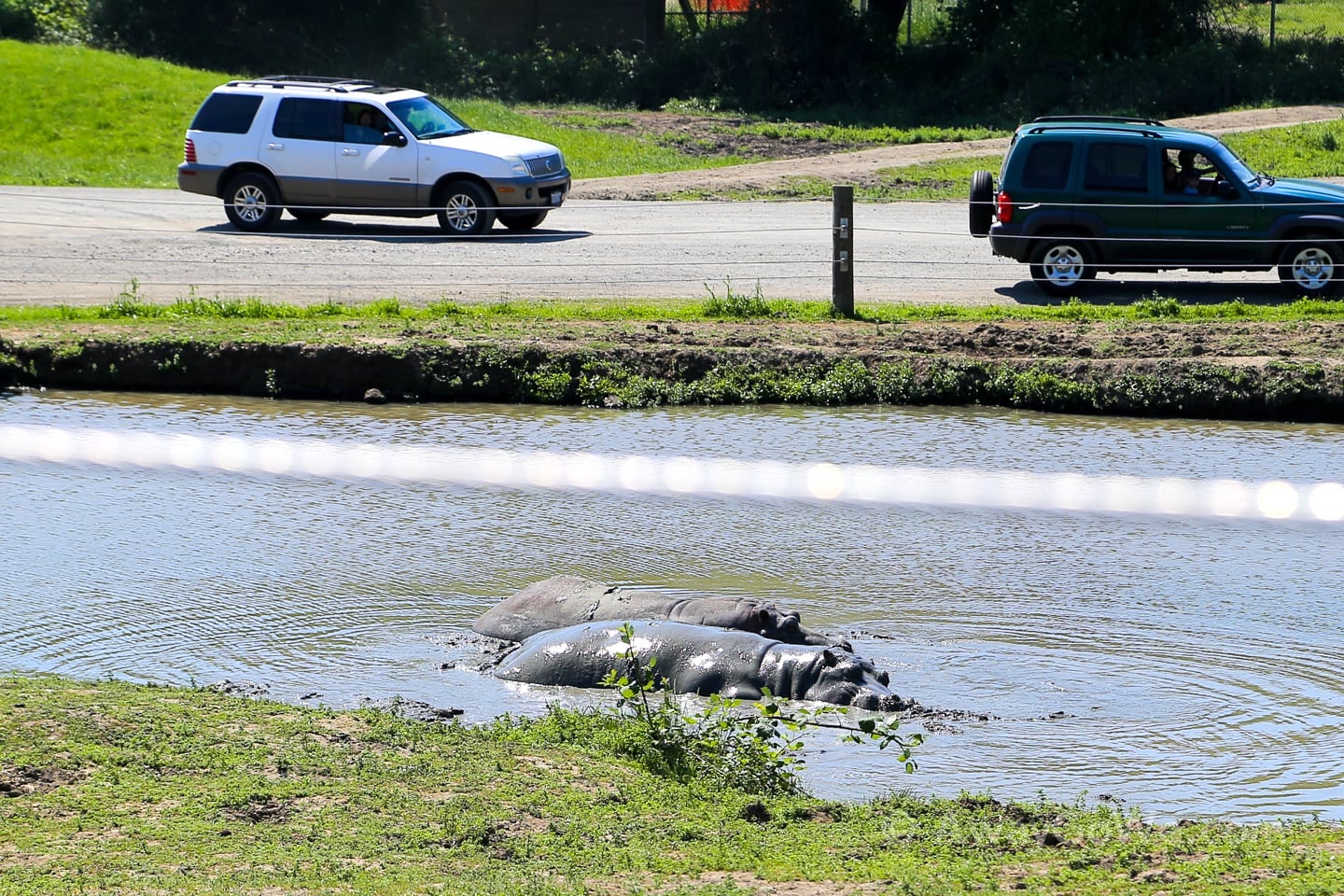 Hippos! While an electrified fence separates us from these powerful and territorial animals, seeing them brought back fun memories of riding alongside them on Lake Naivasha. 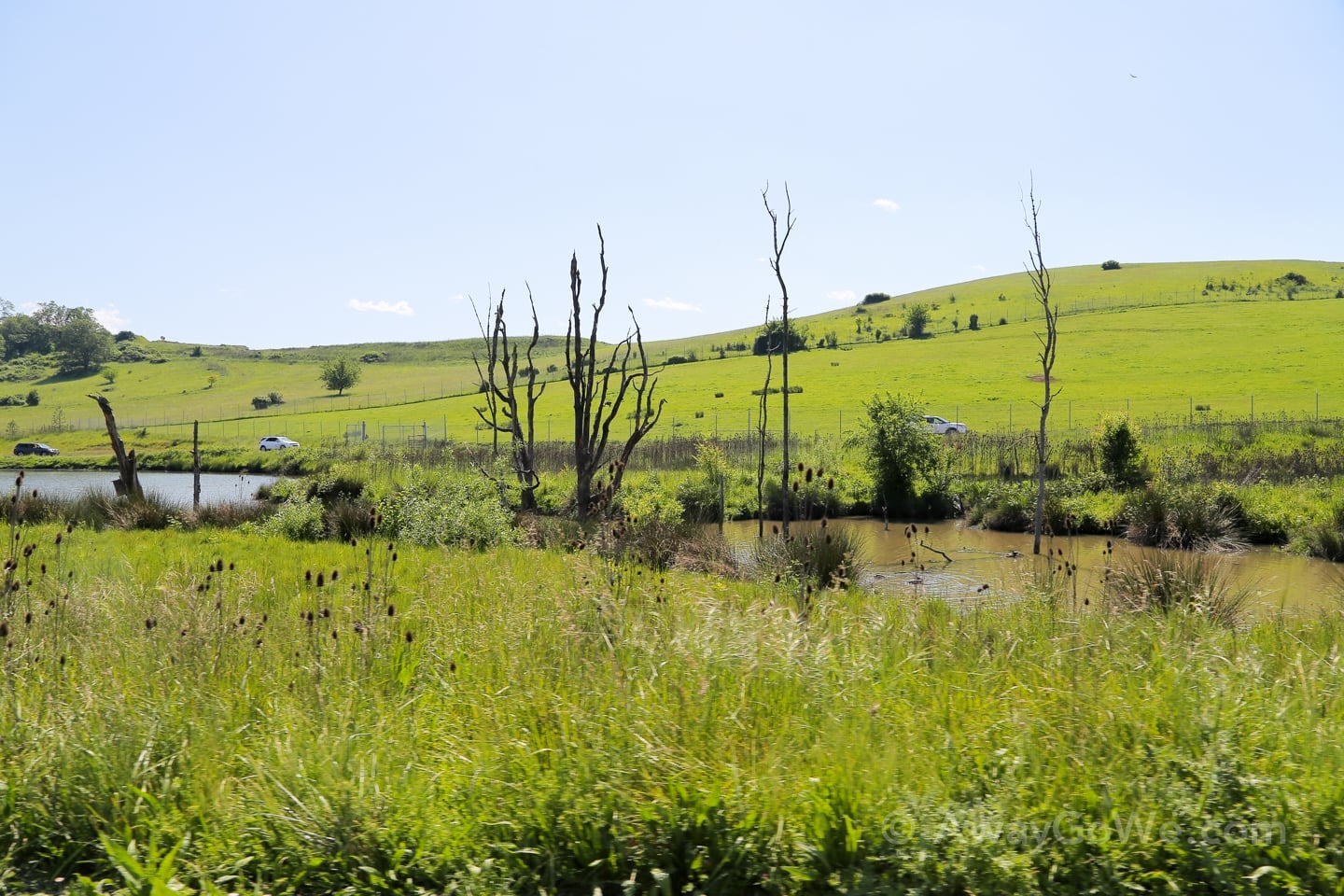 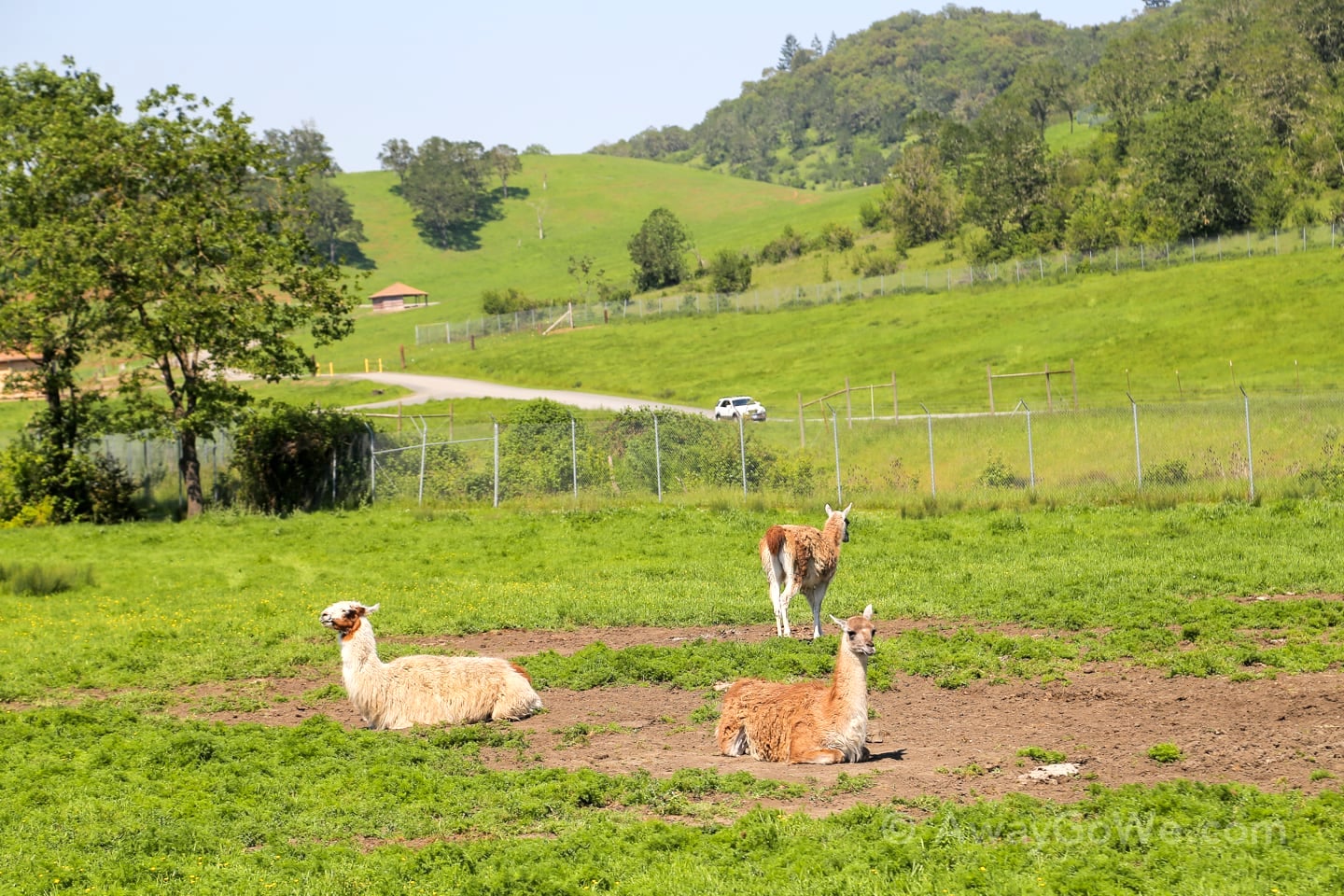 Didn’t think the brown bears would be so active at noon on a hot day, but they were. A big reason for this was that they were actually being fed while we passed by. Lucky us! It’s lunch was decidedly not so lucky. 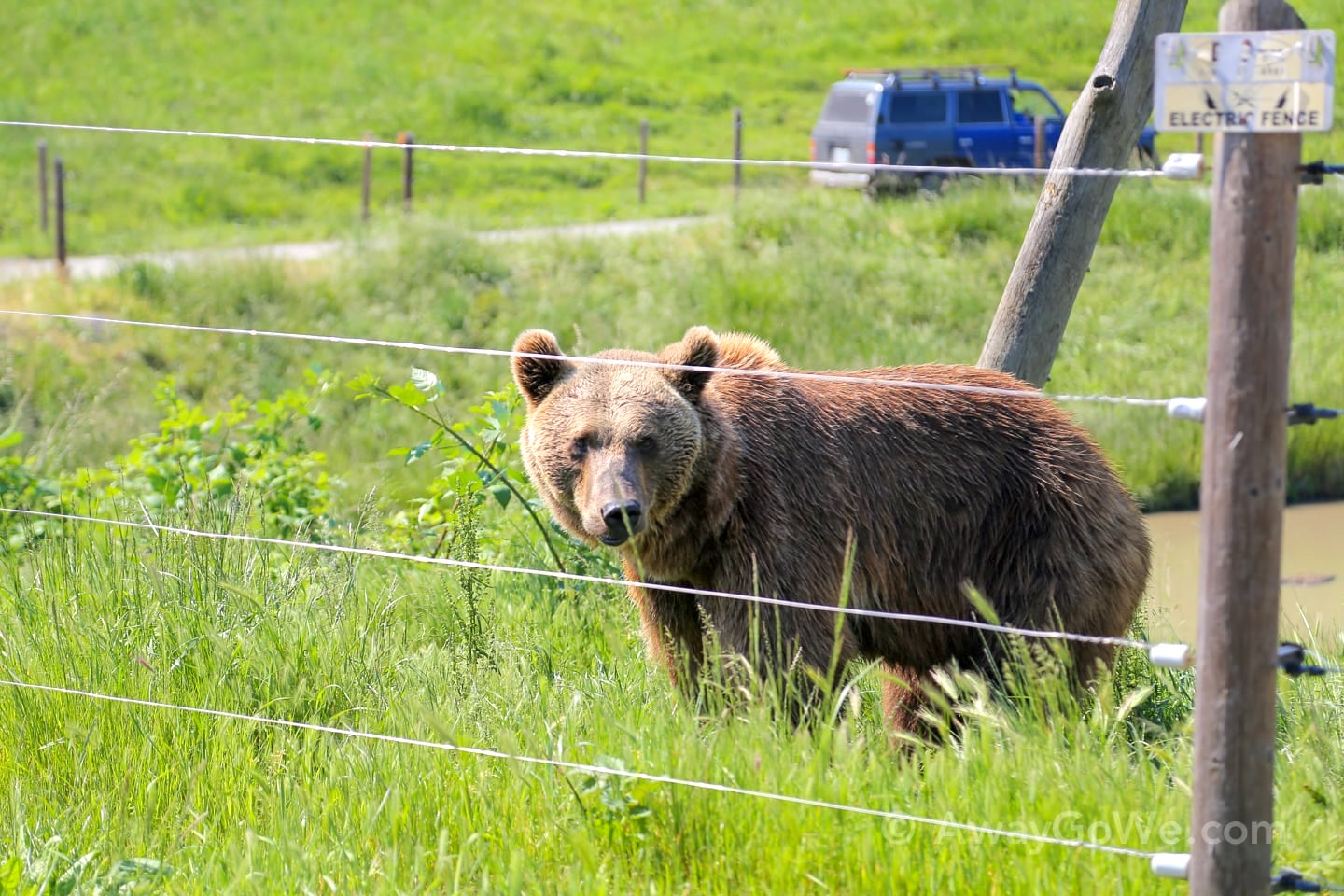 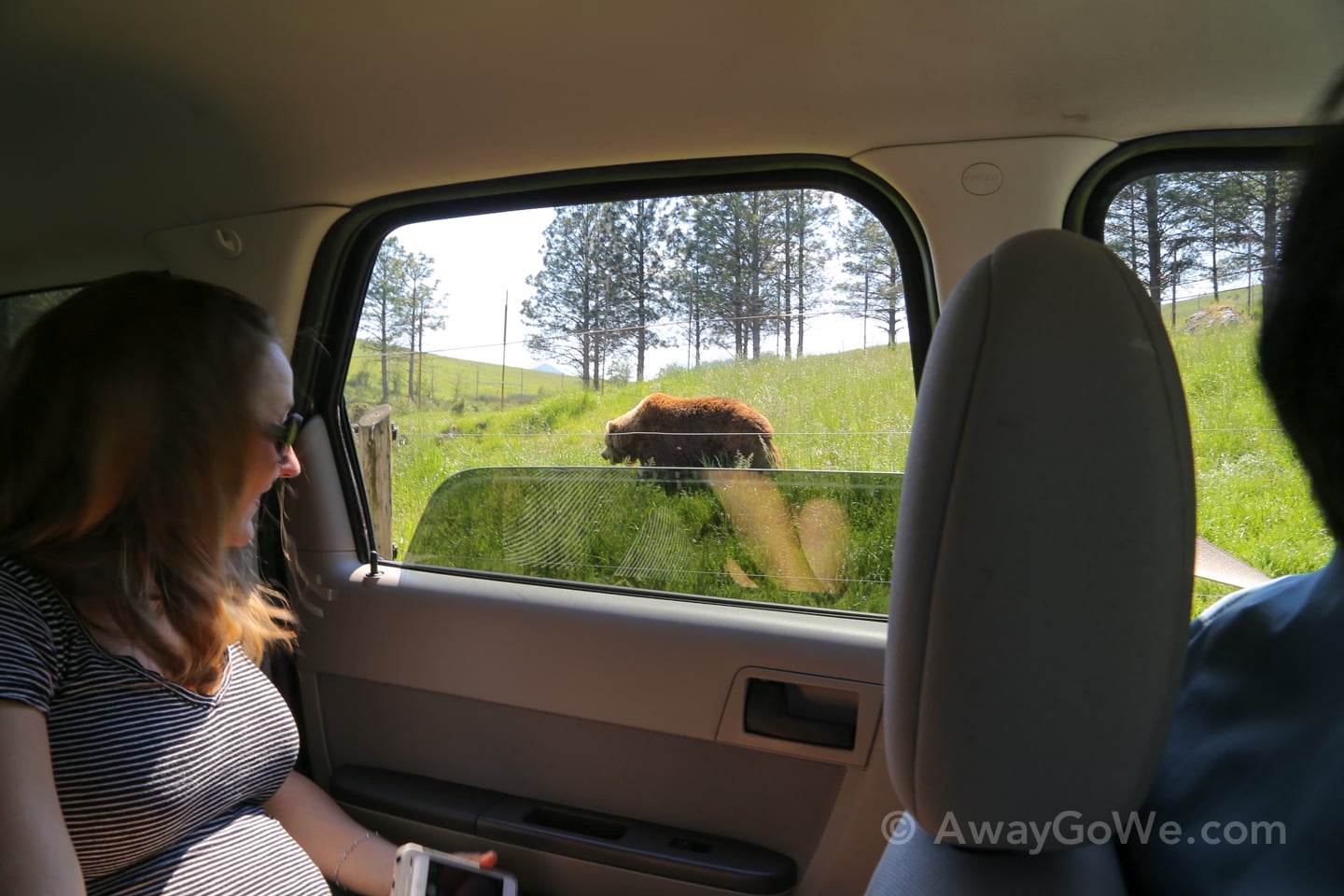 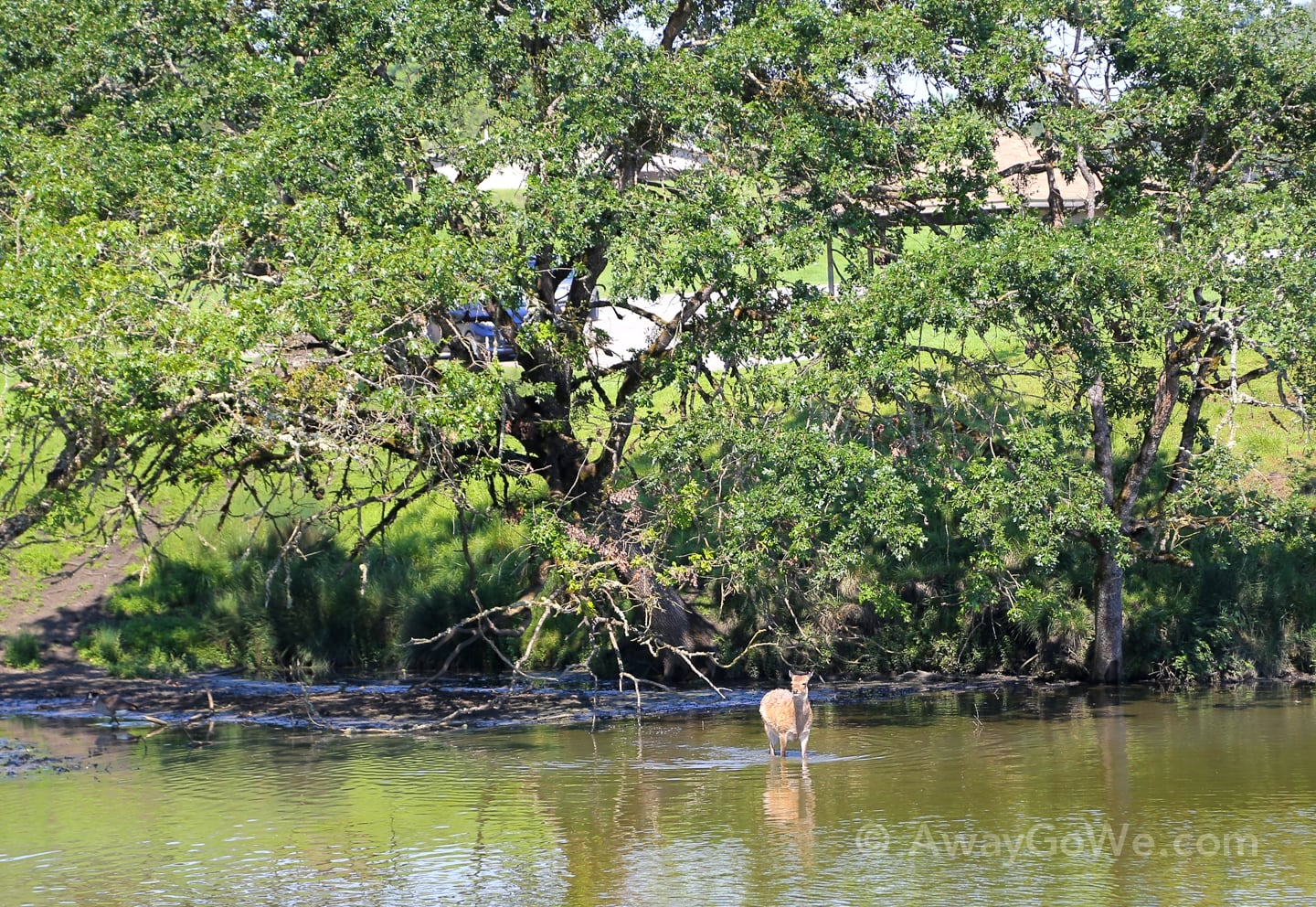 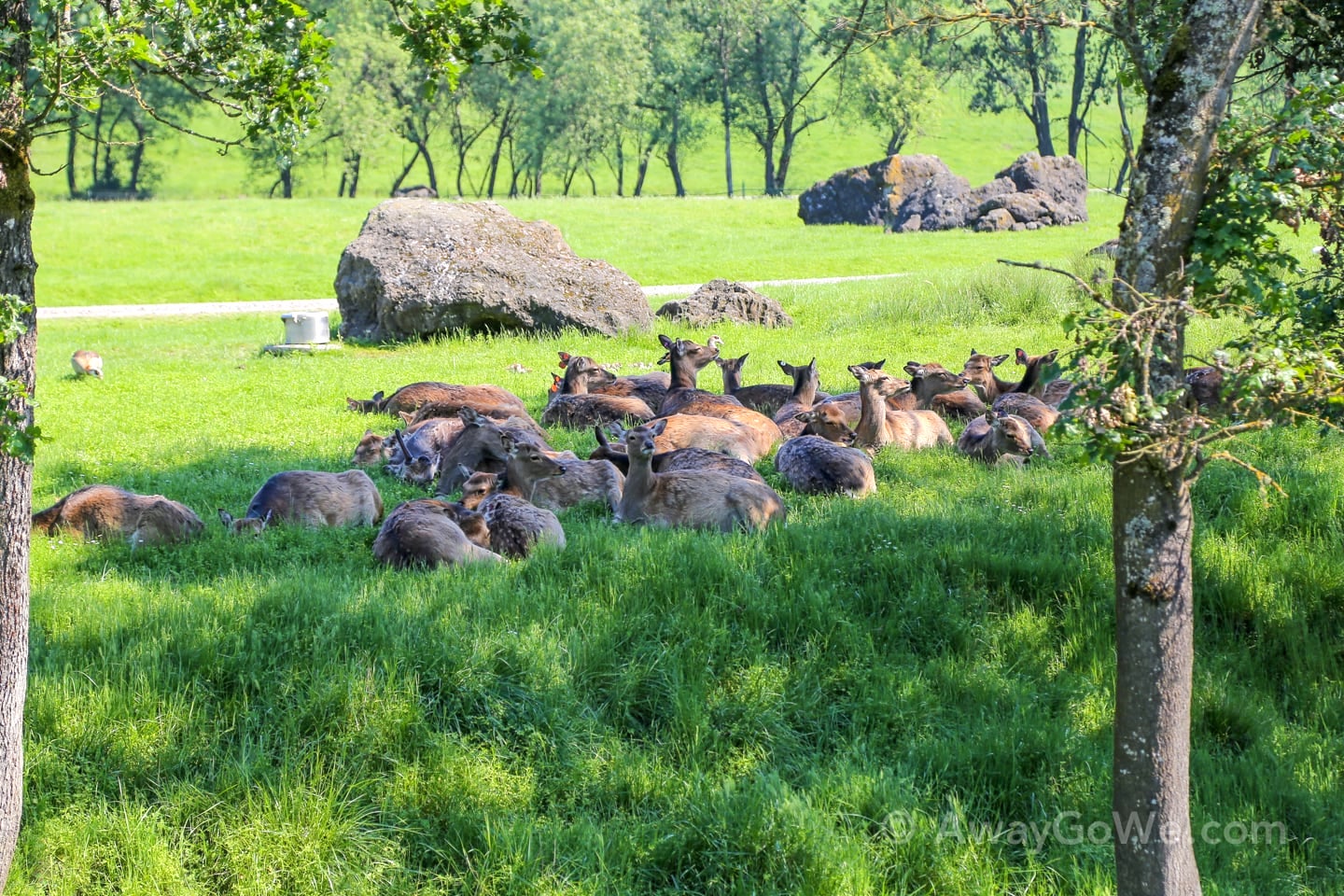 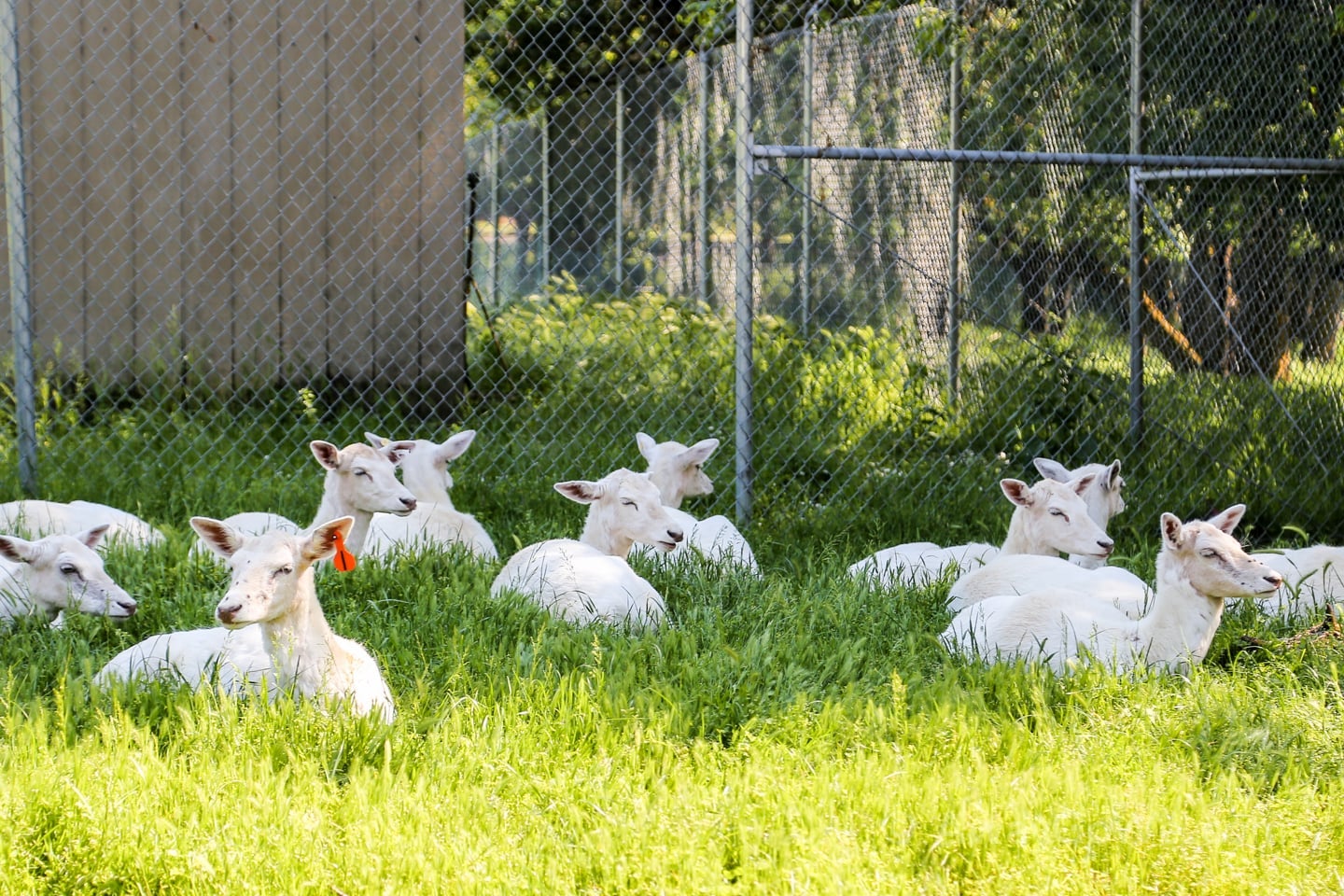 This cheetah had just eaten and was perfectly contented doing absolutely nothing, as cheetahs often do. 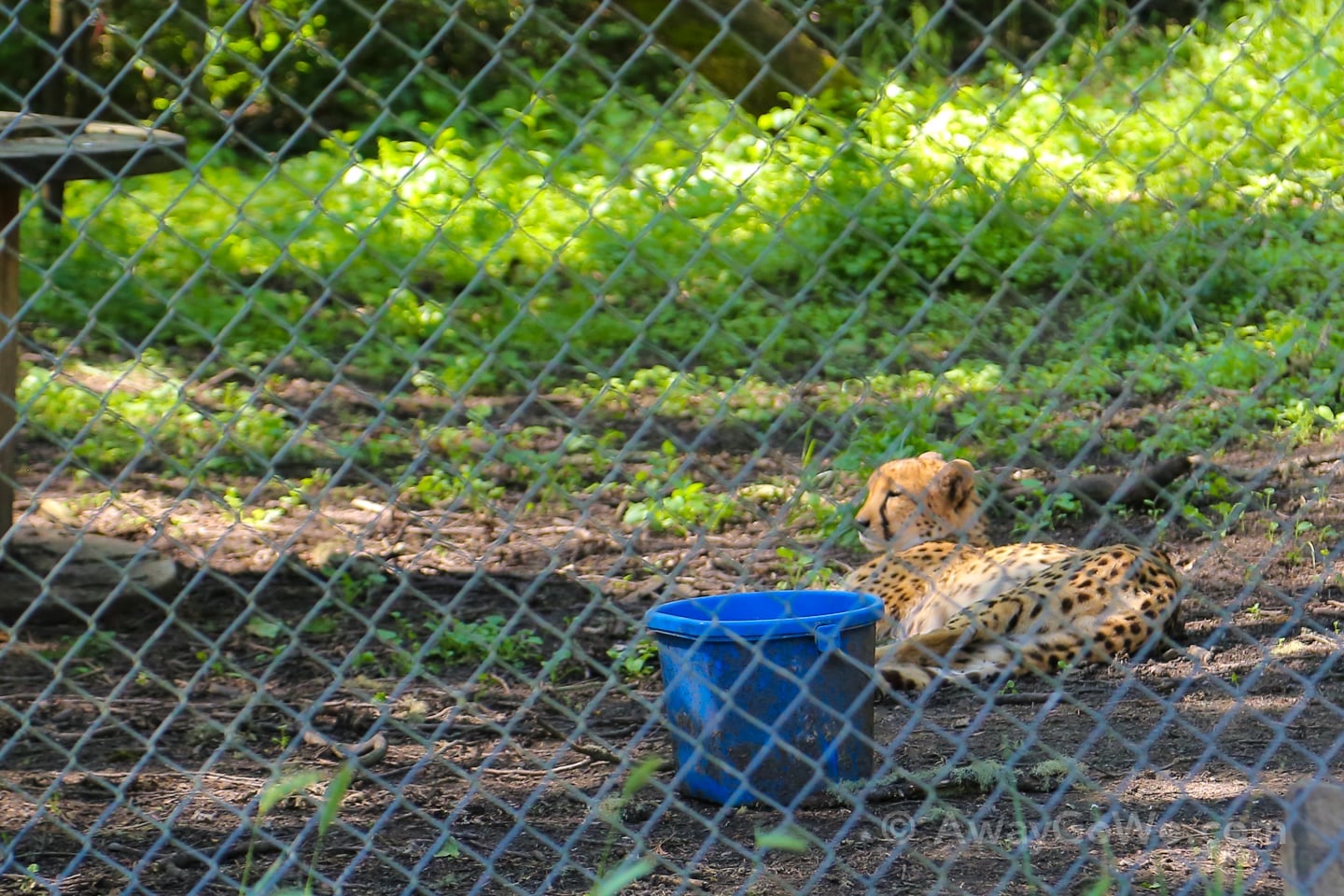 After completing the drive-through portion of the park, we took a walk around the Safari Village to see what was new. The Pink Flamingos were definitely one of the highlights. It may look like these flamingos are getting fresh, but they’re actually fighting. The goose in the foreground’s got $50 riding on the one on the right, who ended up losing by a feather. It’s a good thing goose didn’t bet the farm. 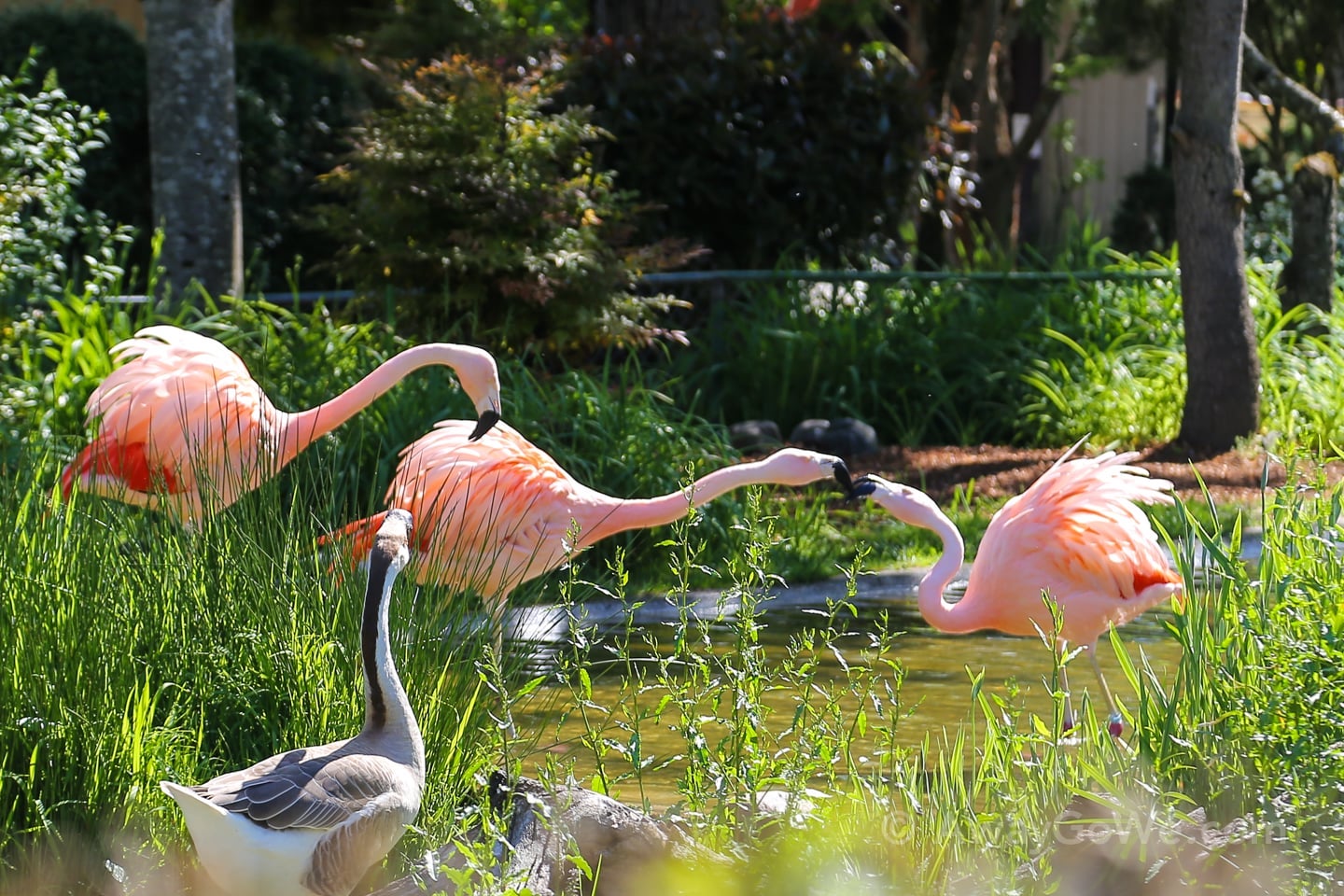 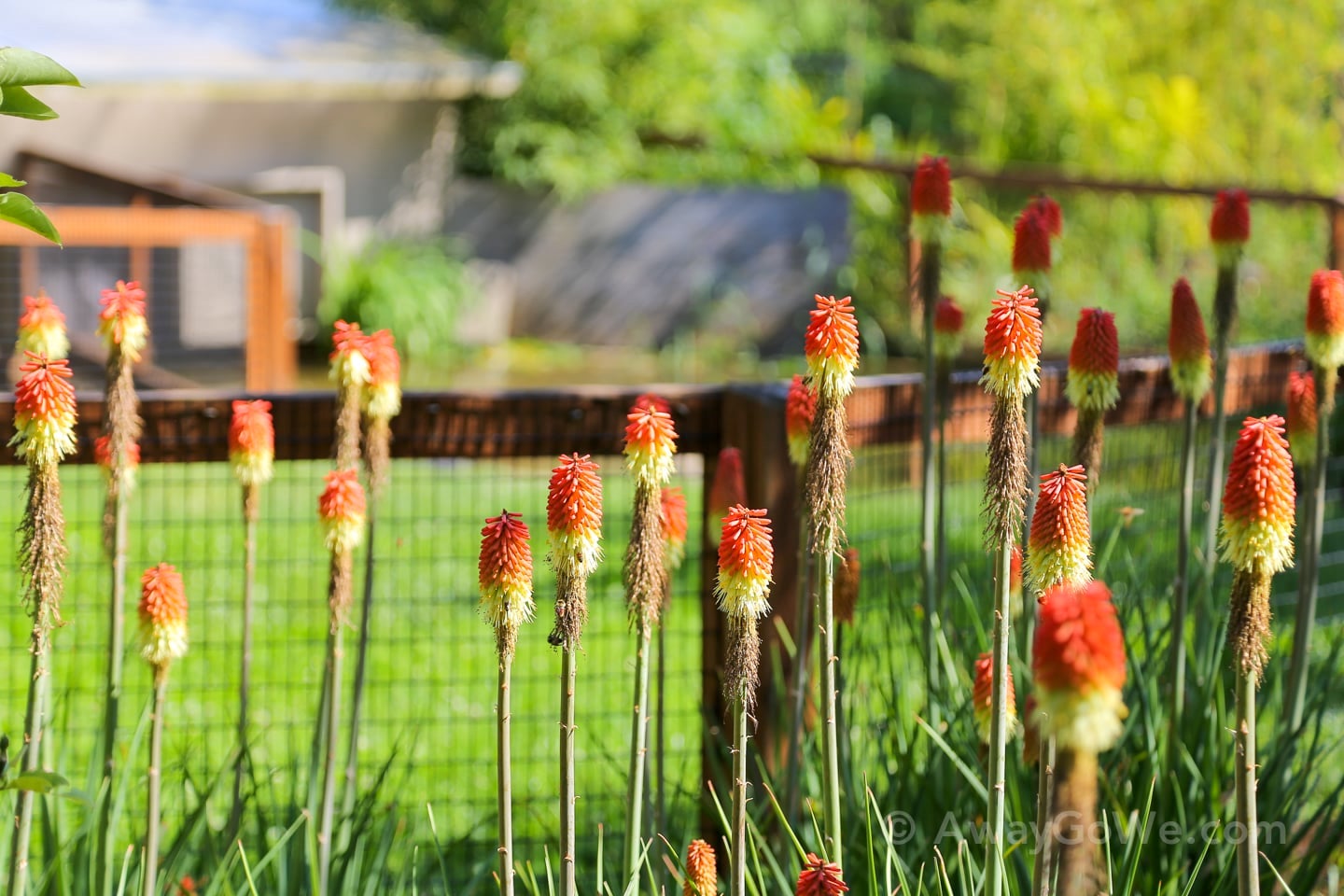 We made sure we were first in line so we’d get good seats — you know, near a window, lots of leg room, working armrests, the usual. Actually, I have no idea what constitutes a “good” seat on a toy train, but we made sure we’d score them. 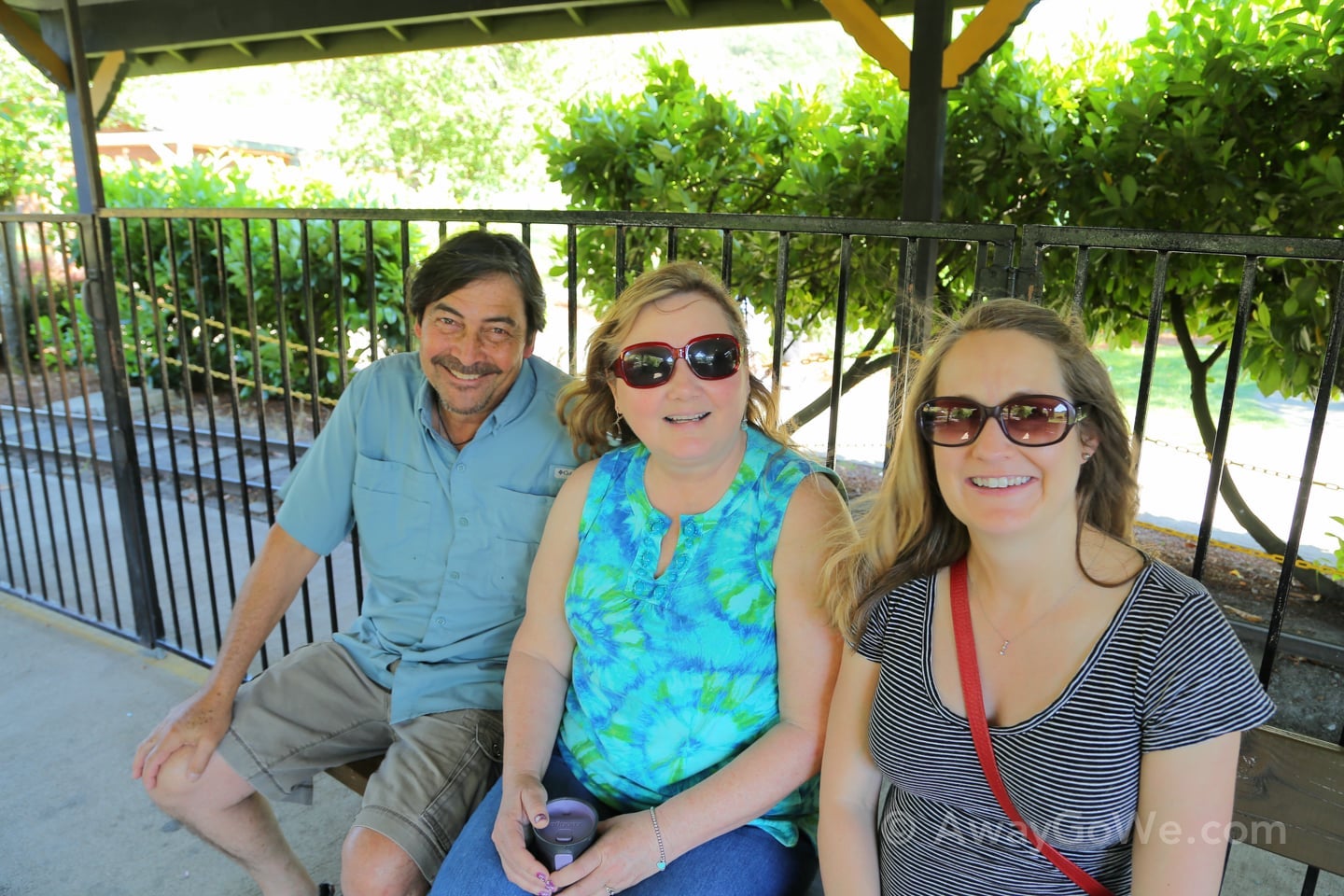 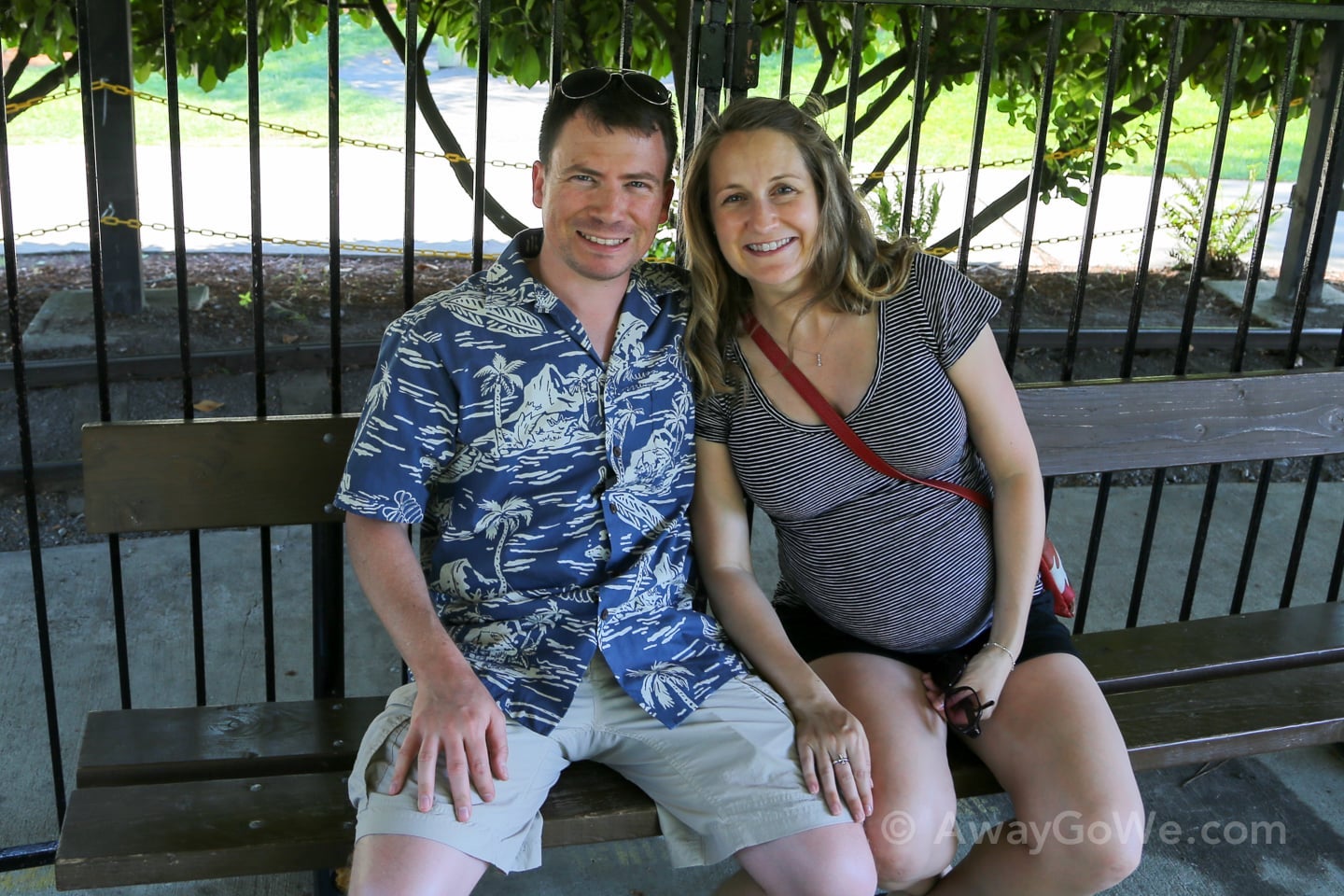 The train was called the Uganda Railway, named after the famous “lunatic express” of the same name that once ran between Kisumu, Uganda on Lake Victoria to Mombasa, Kenya on the Indian Ocean. Part of the line was still in operation on my first visit to Kenya in 2011, but it was a logistical nightmare trying to figure out when the train ran and how to buy tickets. So I ended up on a bus from Nairobi to Mombasa, instead. I can scratch that one off the list now… 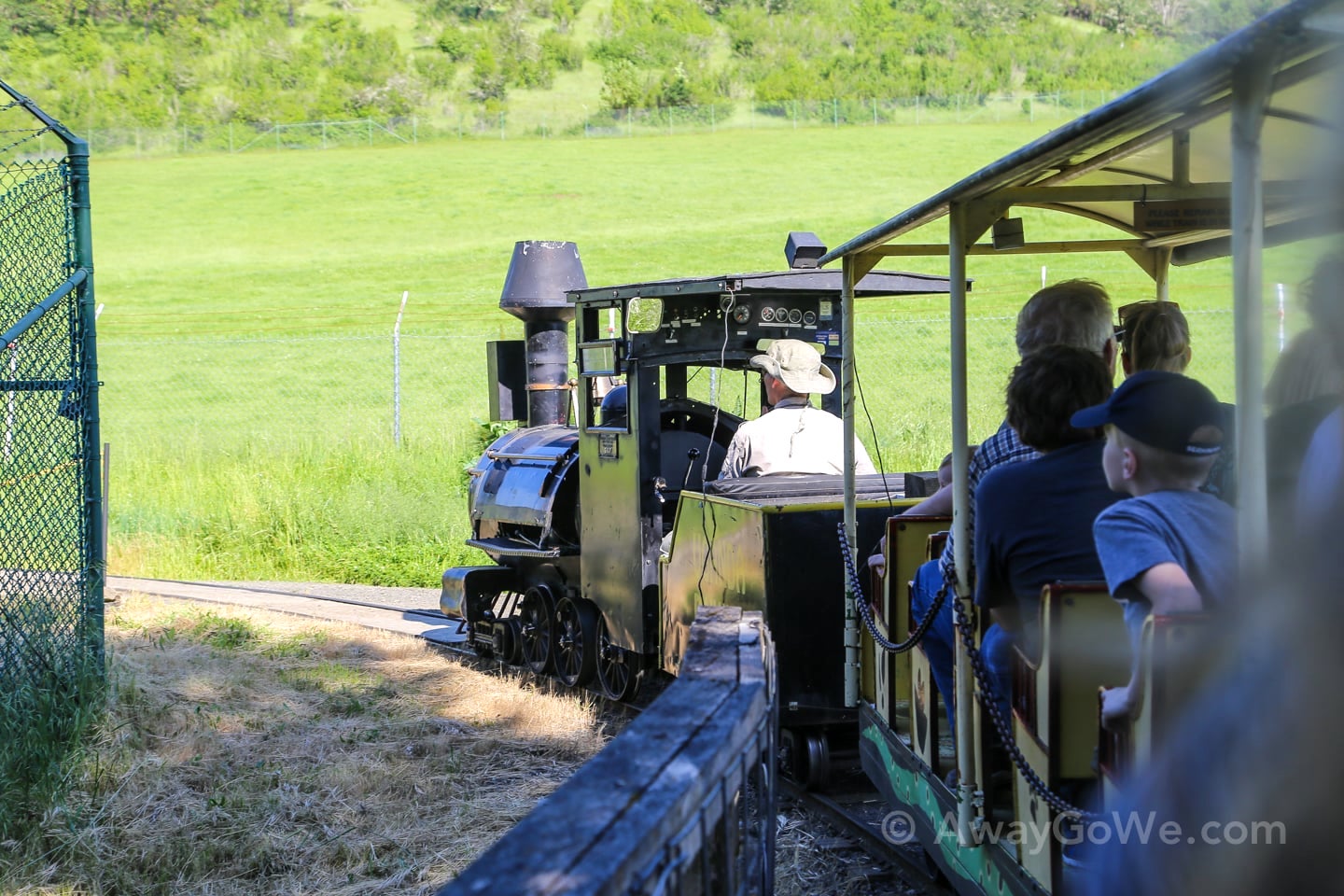 One of my best memories as a kid was the camel rides at Wildlife Safari. Looks like they’re still doing them. 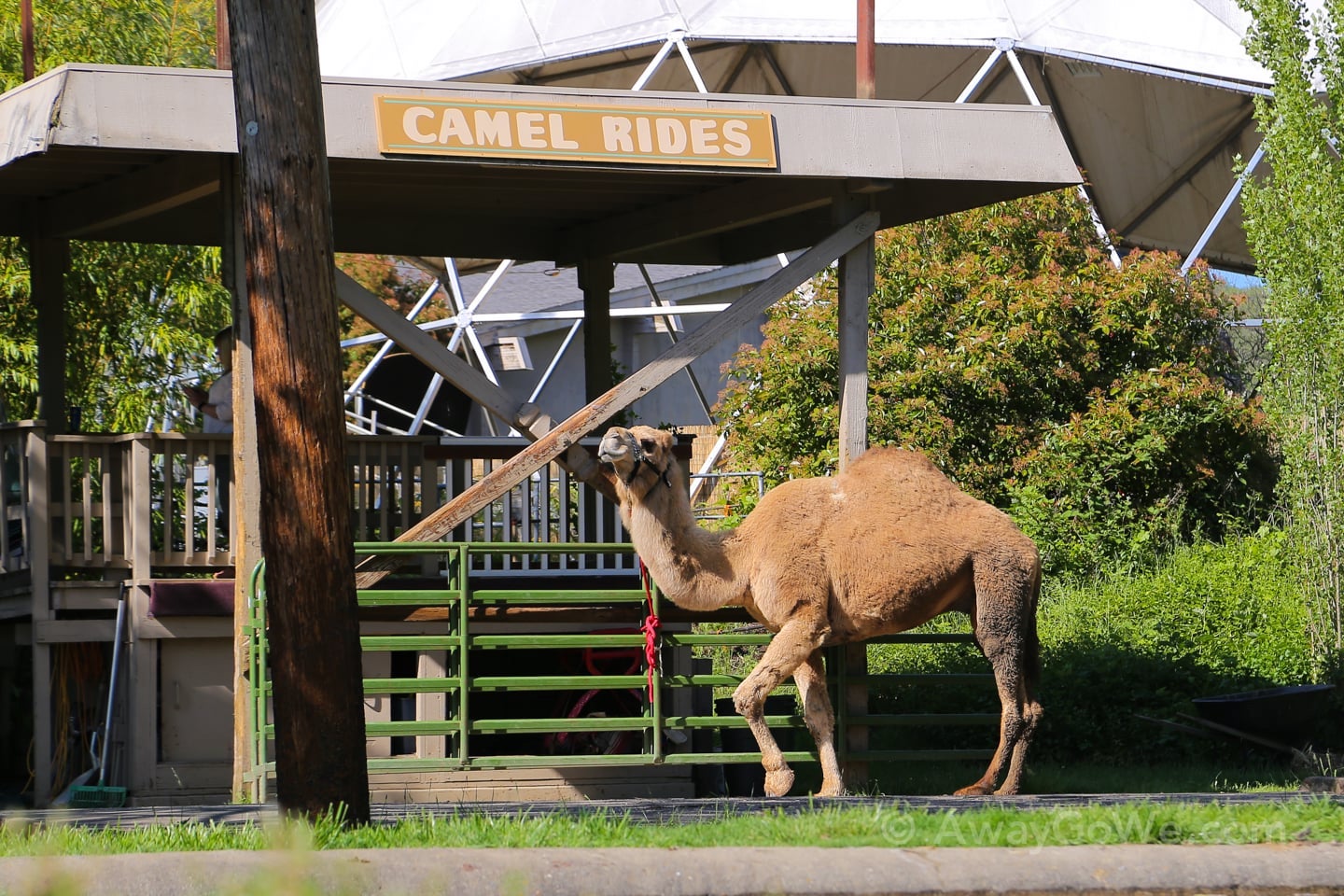 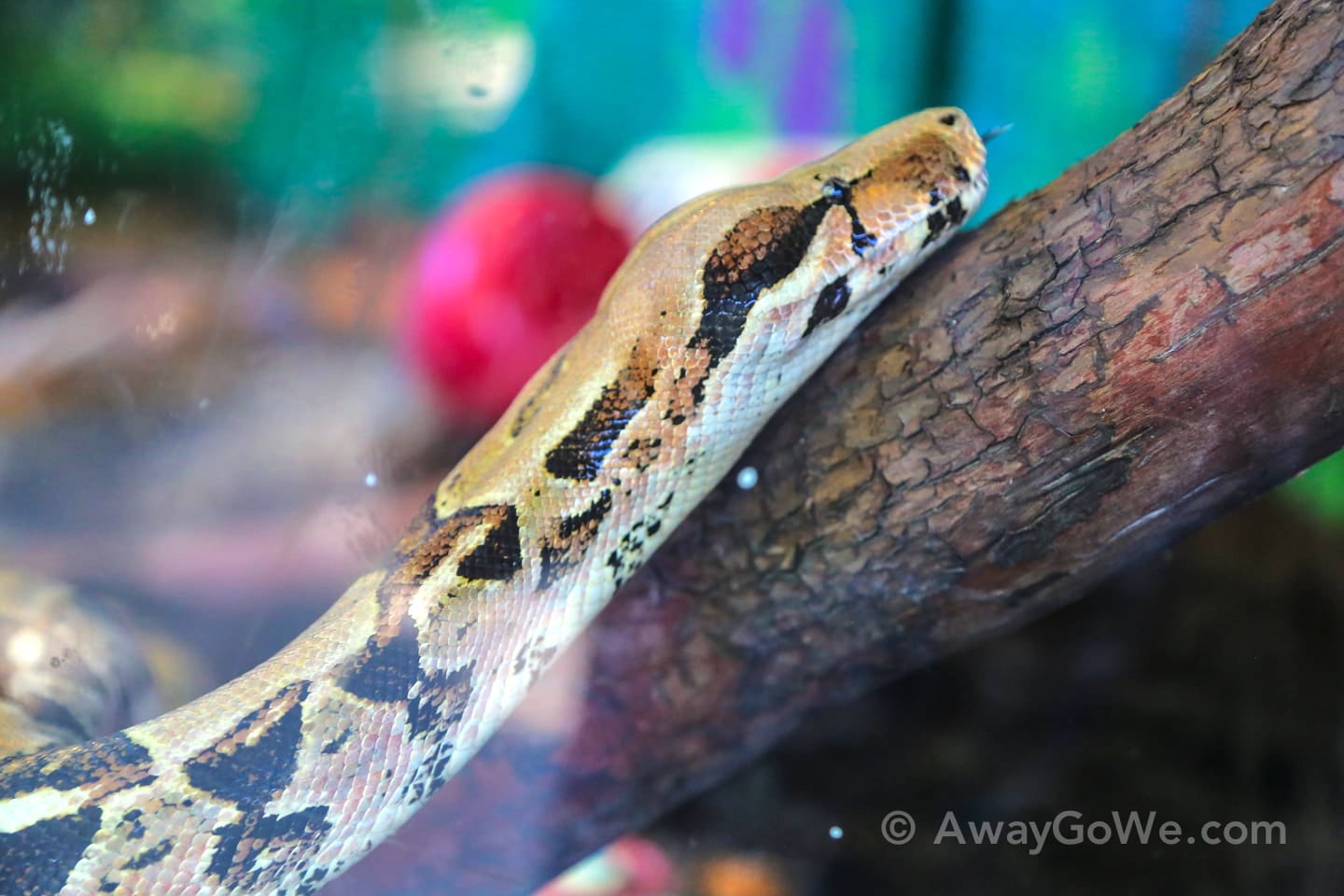 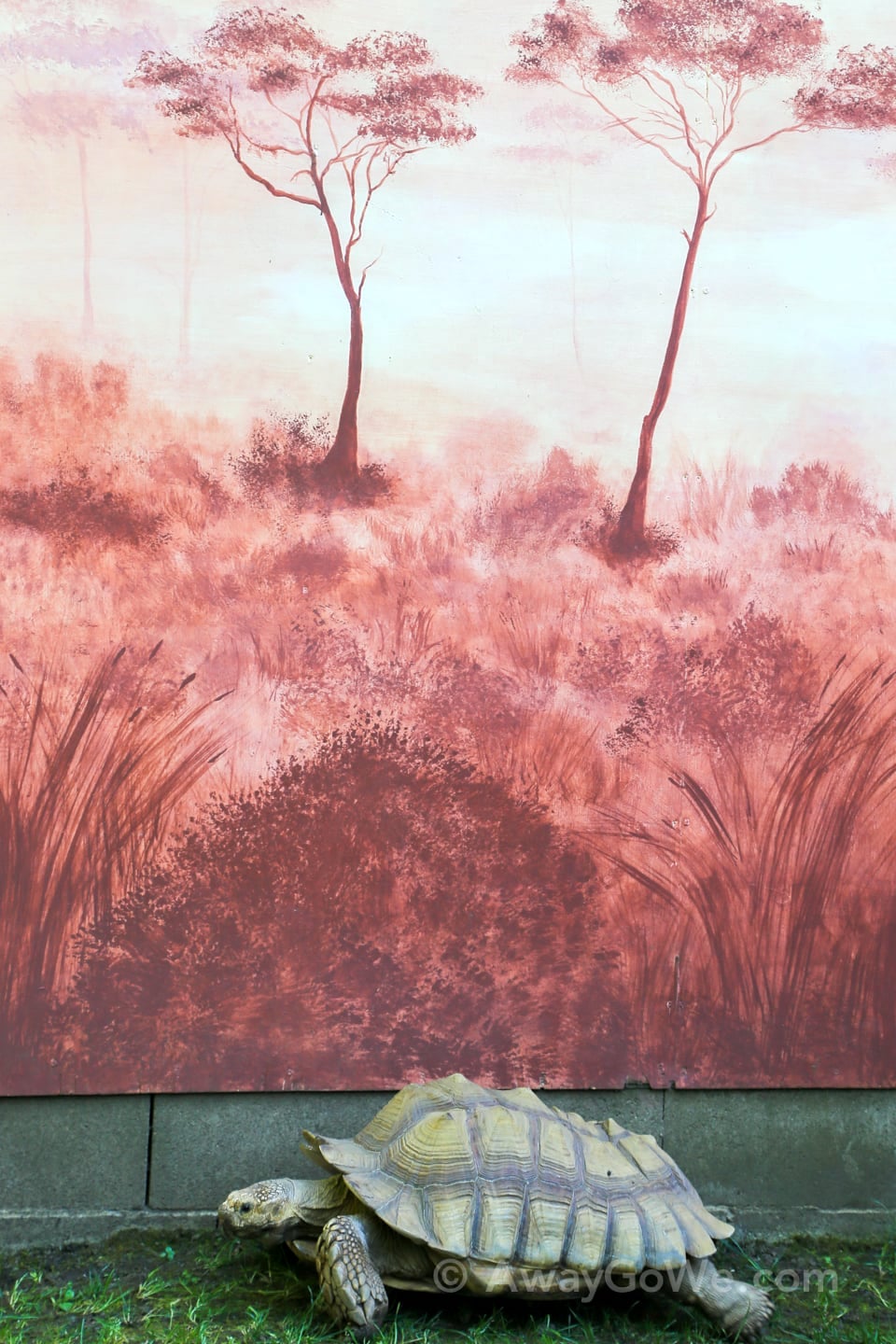 On May 7th, we were just shy of 35 weeks with baby. Lori’s still going strong and feeling good, but getting kicked a ton. Baby’s protesting the cramped quarters, apparently. Sorry kid, you better get used to it the way we roll. 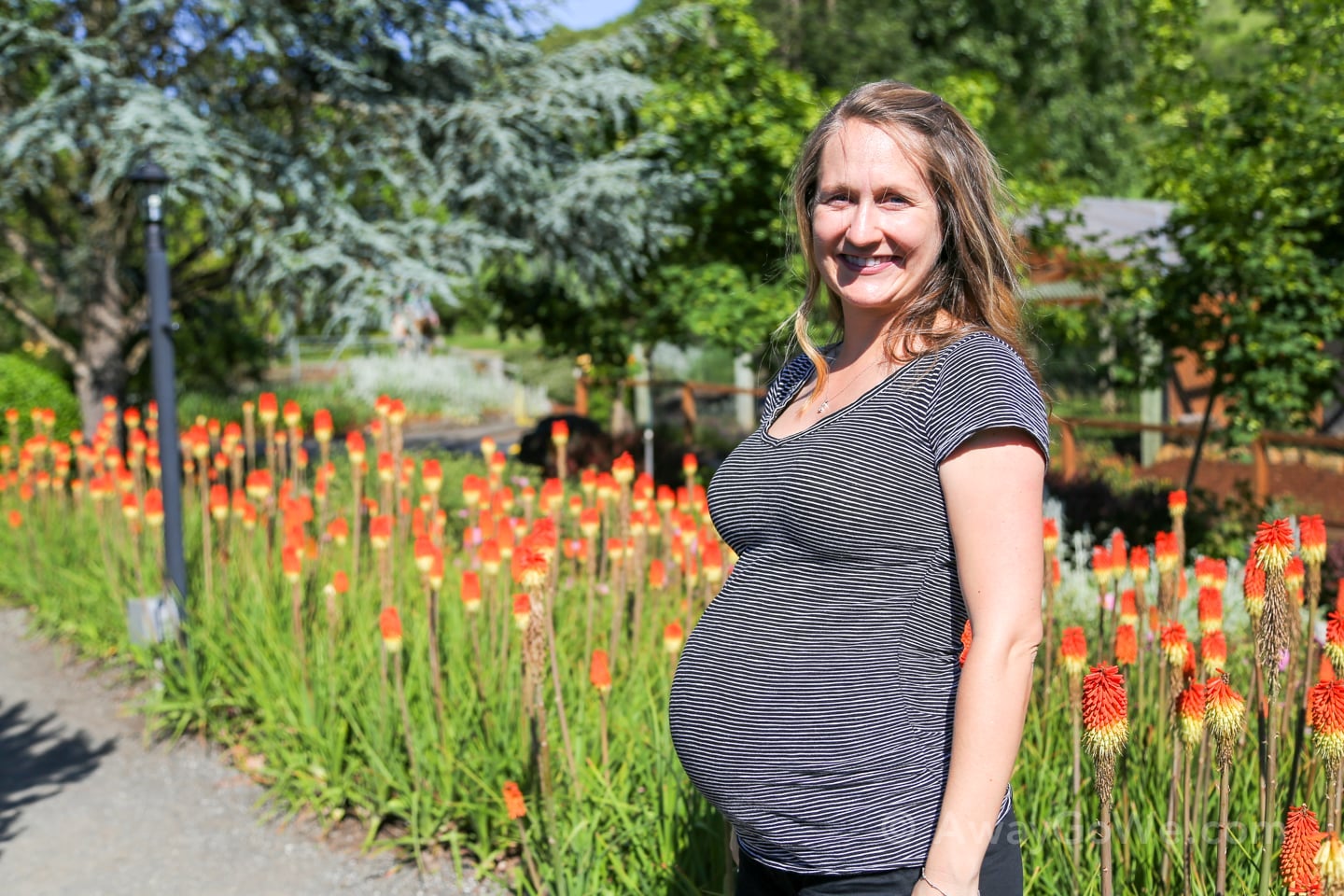