We were born and raised in Oregon and had never heard of Cape Kiwanda or Pacific City before we spent a weekend there last March. We’re still not sure how this little slice of SoCal on the Oregon Coast eluded […]

We were born and raised in Oregon and had never heard of Cape Kiwanda or Pacific City before we spent a weekend there last March. We’re still not sure how this little slice of SoCal on the Oregon Coast eluded us for over 30 years, but we’re glad to have found it when we did. 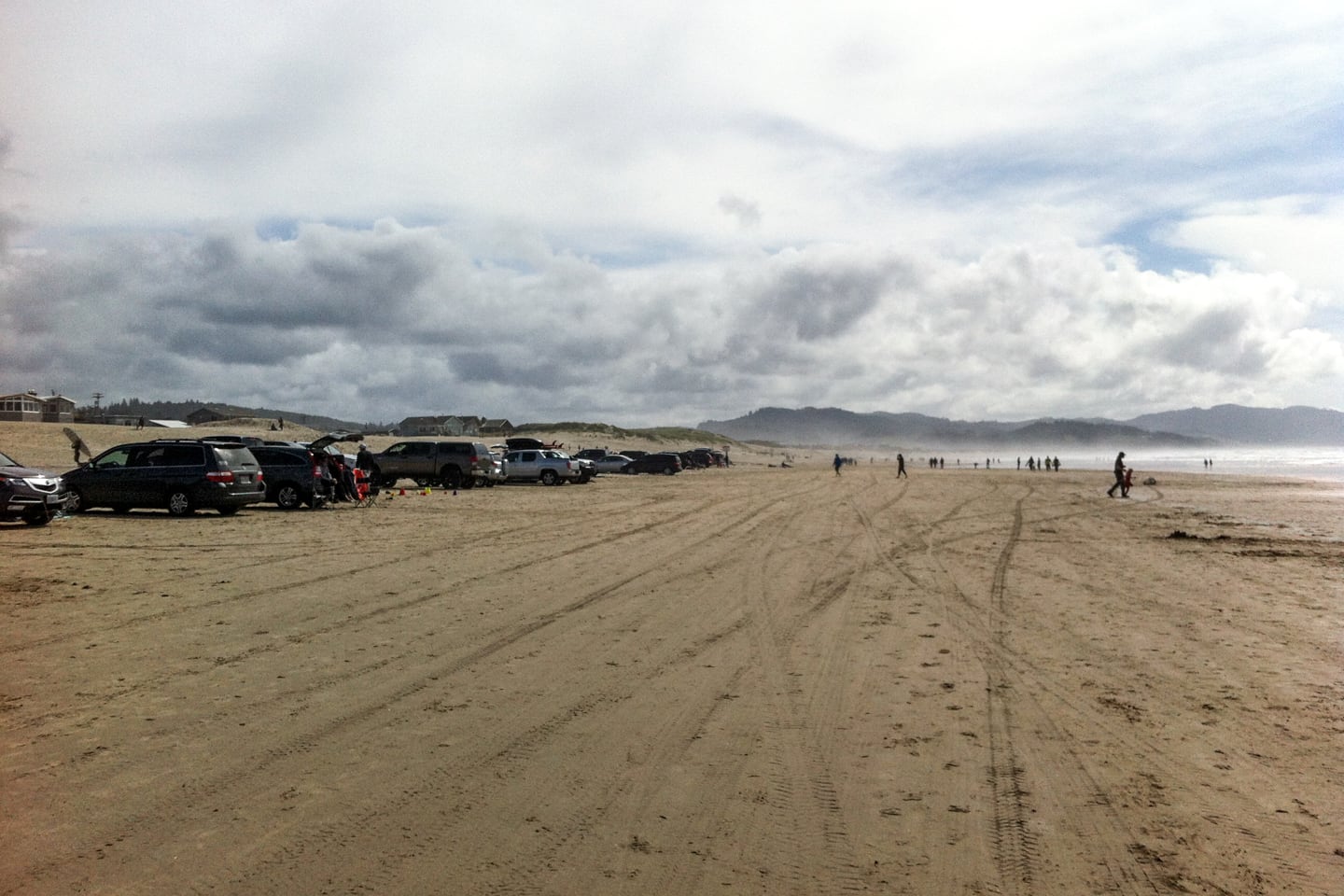 Part of the reason why we hadn’t come across this place before is that it is a bit off the main road. You could zip right by on Highway 101 and never know it. From Southern Oregon, where we grew up, Lincoln City was the end of the line heading north for weekend or even summer trips. If we were Cannon Beach-, Seaside- or Astoria-bound, we’d get there via I-5 and the Sunset Highway. For decades, that left a mysterious dark zone on the map that neither of us had explored. 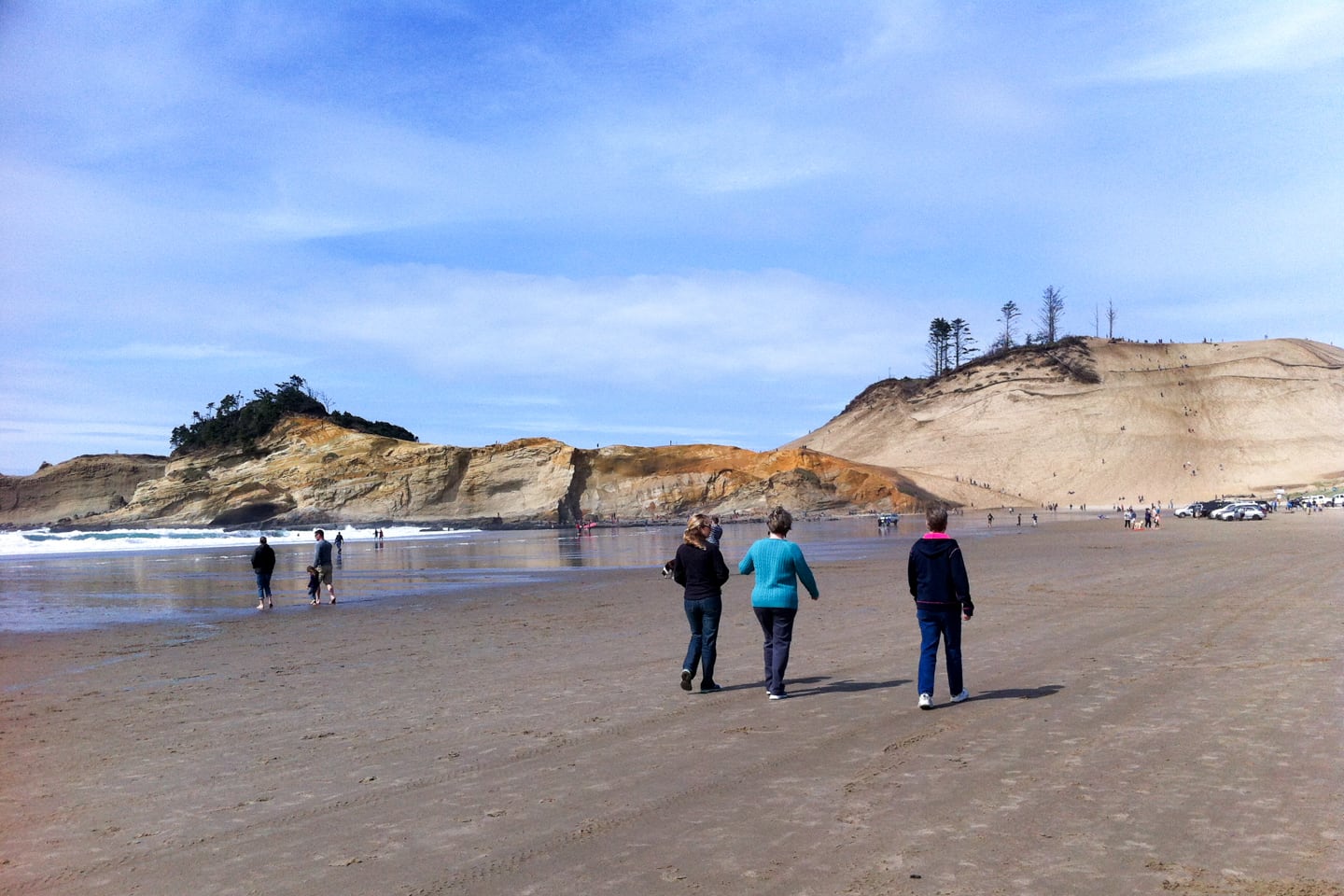 Pacific City is an unusual little enclave with an interesting history. It is not actually a city, but an unincorporated community of about 1,000 residents in Tillamook County, and was settled (by non-native settlers) through a chain of unfortunate events.

The area was originally known as Woods and was home to a substantial native community known as the Nestuccas until a massive wild fire (reportedly started by a cook who deserted his ship on the Columbia River to lay claim to land in the Willamette Valley) destroyed 1.5 million acres of the Yamhill Basin and the village of Woods. Given that already 80% of the tribe had been decimated by disease, it was not long until other non-native settlers moved into the community, largely owing to the bay’s abundance of salmon.

By the late 1800s, Pacific City (known then as Ocean Park) had already established itself as a vacation destination for Oregon Trail pioneers, and by the mid-20th Century, tourism had replaced fishing as the community’s primary industry, due to over-fishing by commercial interests and a nice righthand reef peak on the inside of the cape that’s been popular with surfers for as long as dudes and dudettes have been catching waves off the Oregon Coast. After the large-scale commercial fishing activities ended, fishermen switched to surf-launched dories (small wooden rowboats), for which the area is also known.

Cape Kiwanda and the designated State Natural Area by the same name, lies just to the north of town, now home to a growing community of surfers, seasonal residents, and the Pelican Brewery. 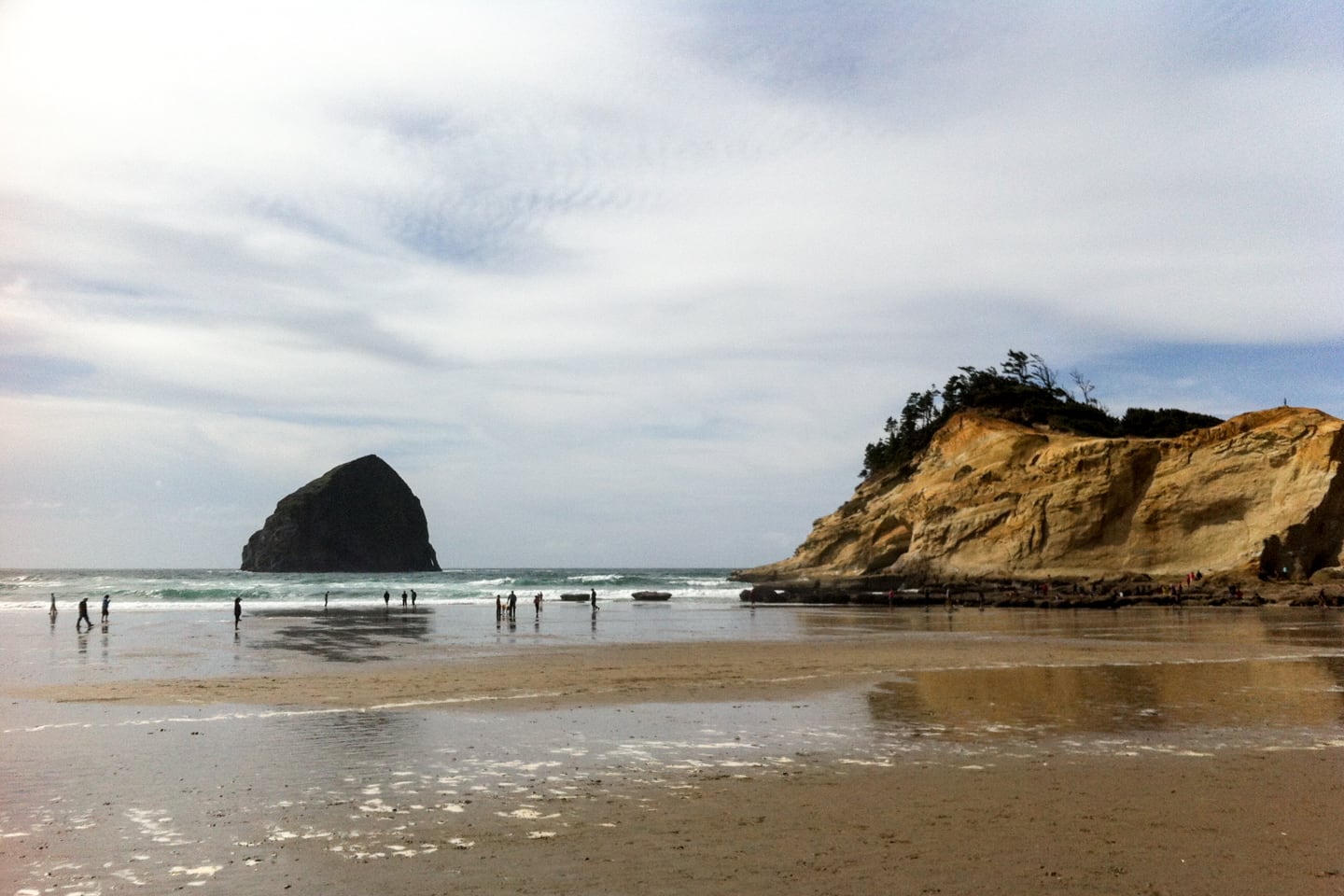 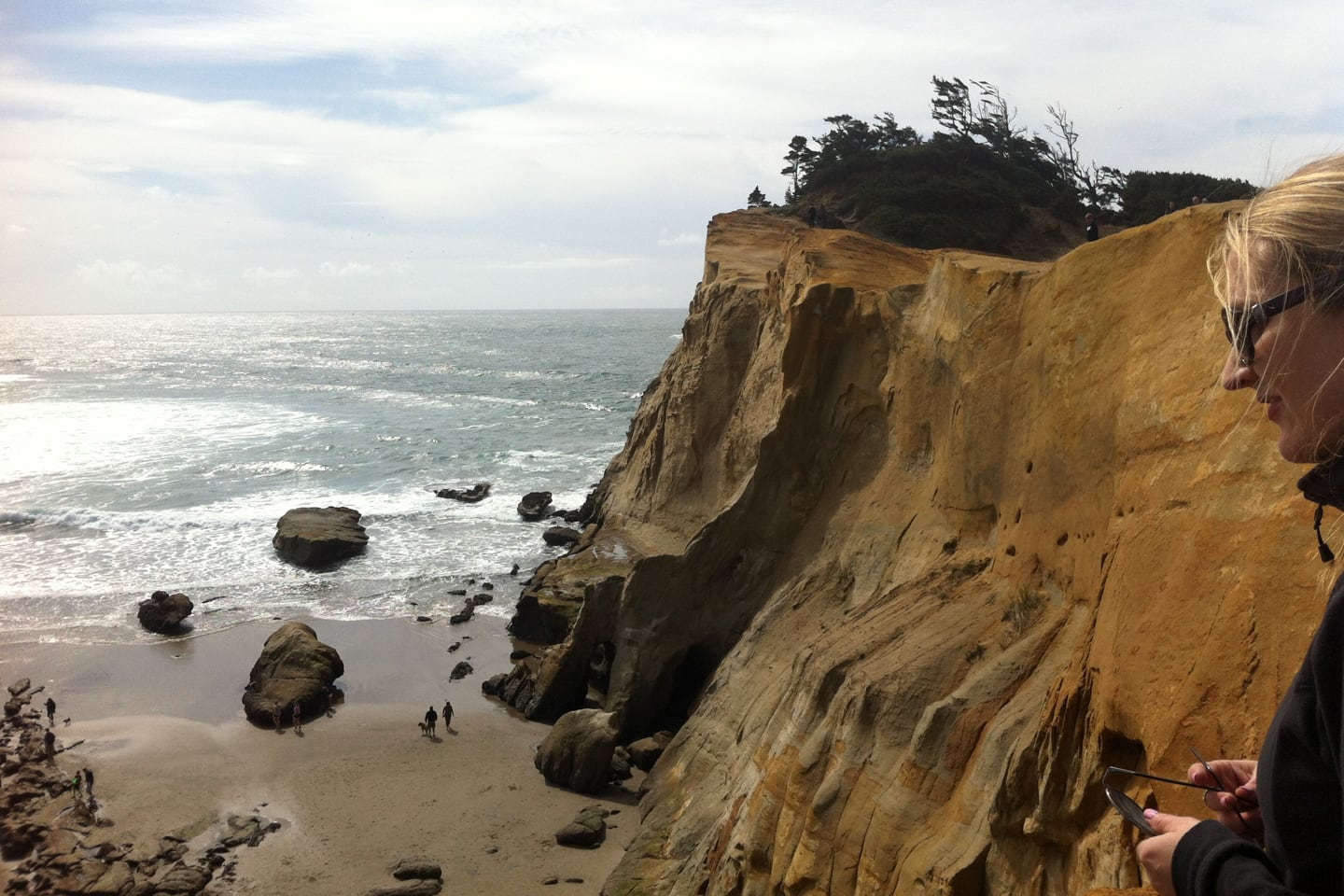 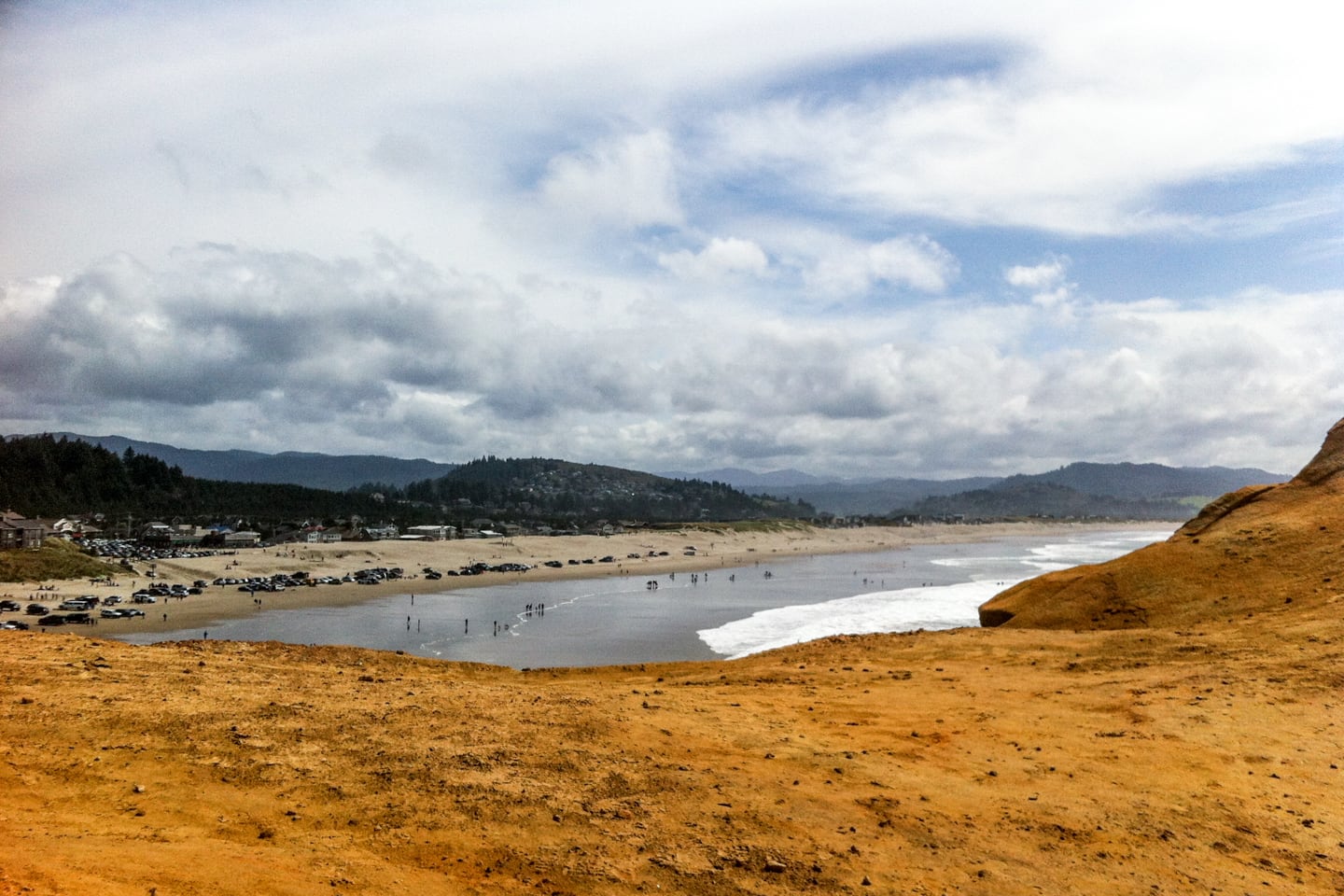 We happened to find ourselves in the area on a particularly nice March weekend, almost warm enough for shorts…almost (though some Oregonians seem to wear shorts and sandals year-round in any ol’ weather). 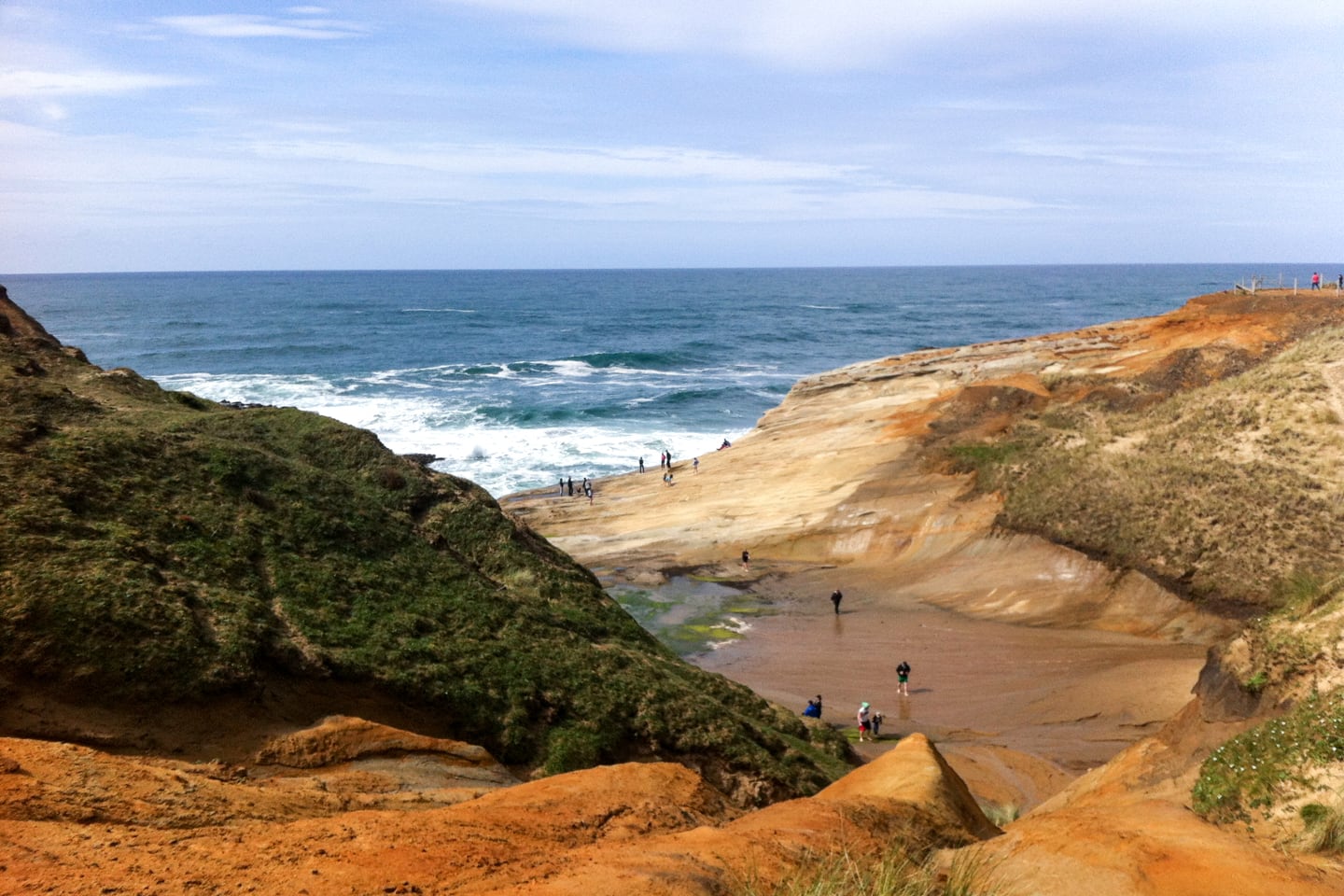 Also unusual (at least for us) was the lack of wind. Lori and I have vivid memories of visiting the coast as kids and having it be cold, very windy, and overcast — conditions that suggested anything but stripping off one’s clothes and actually moving towards the water.

It’s easy to chalk some of the amazing weather we experienced this spring to Climate Change, as temperatures and conditions are definitely changing. However, we’ve also discovered that weather conditions on the Oregon Coast are frequently much nicer in the spring than in the summer due to seasonal shifts in the winds off the Pacific. 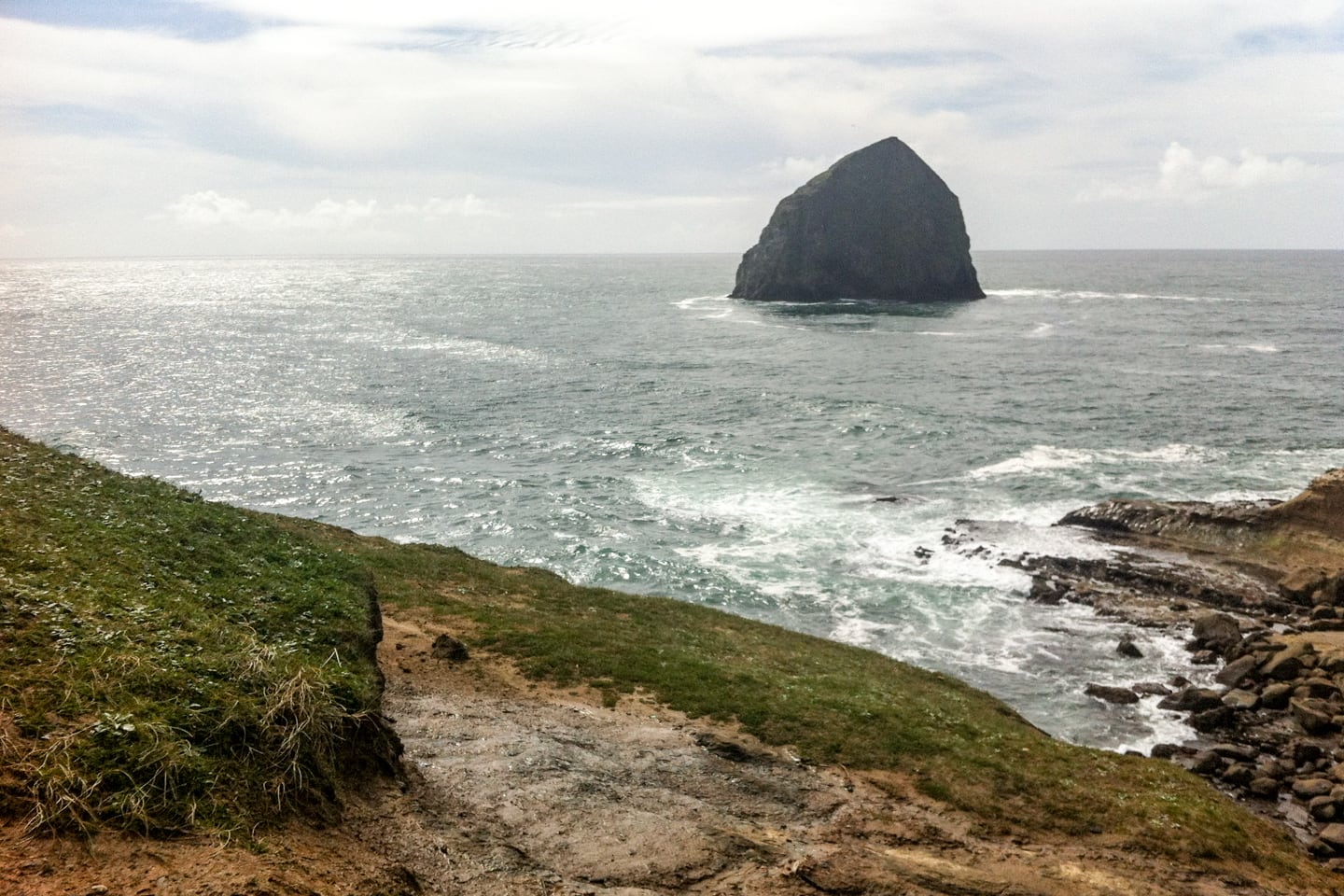 Seems that every coastal town in Oregon has their own “haystack rock.” This is Cape Kiwanda’s. 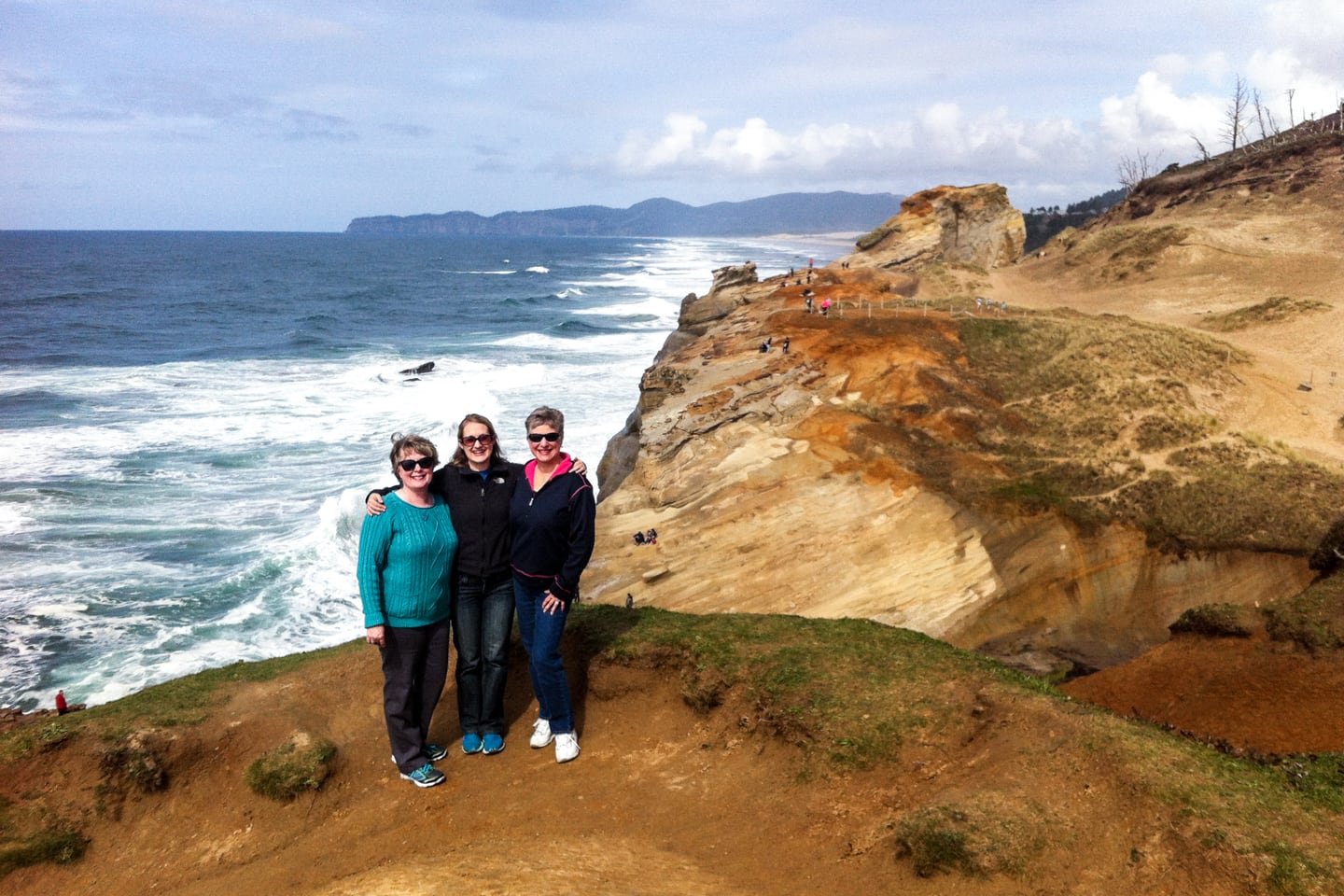 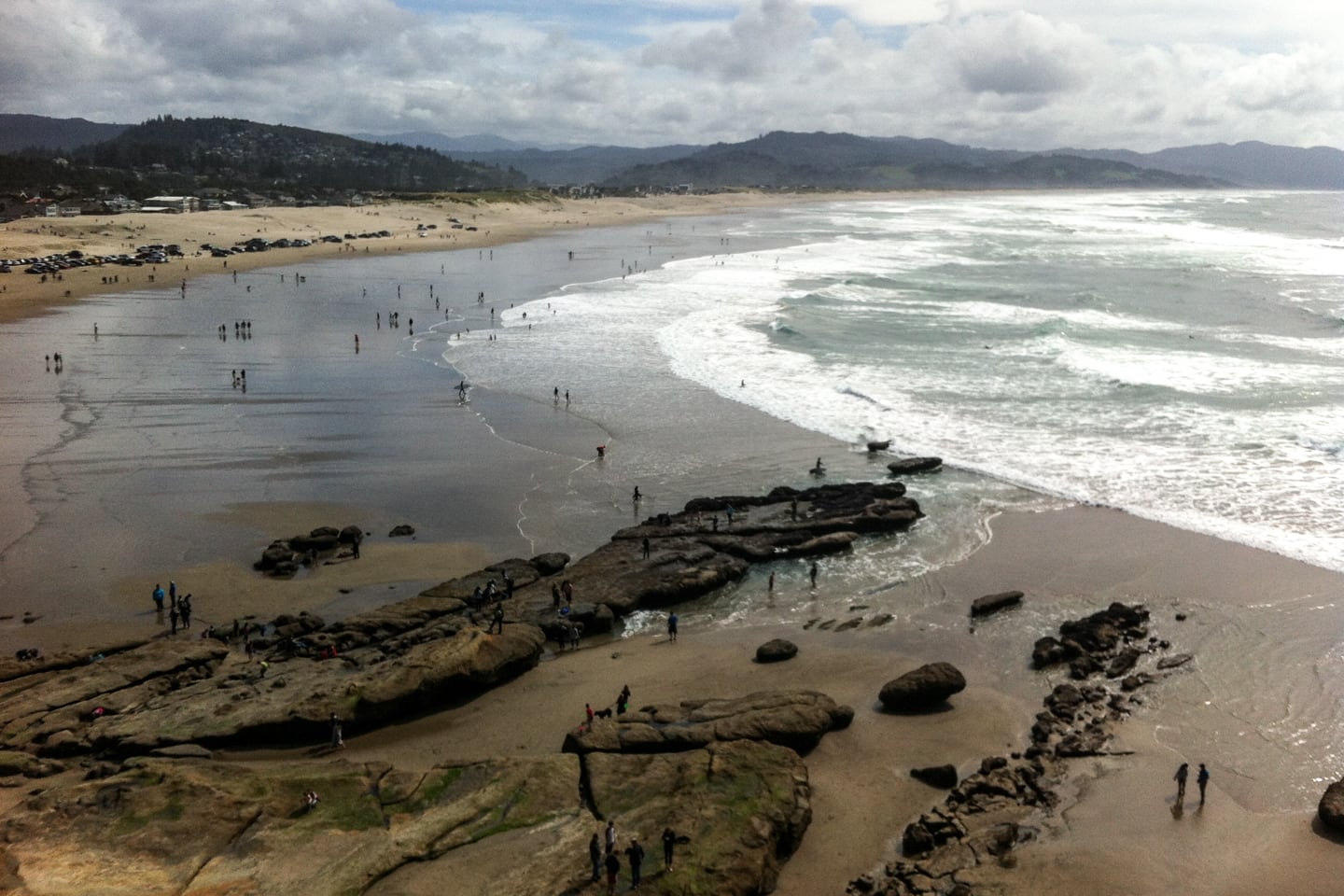 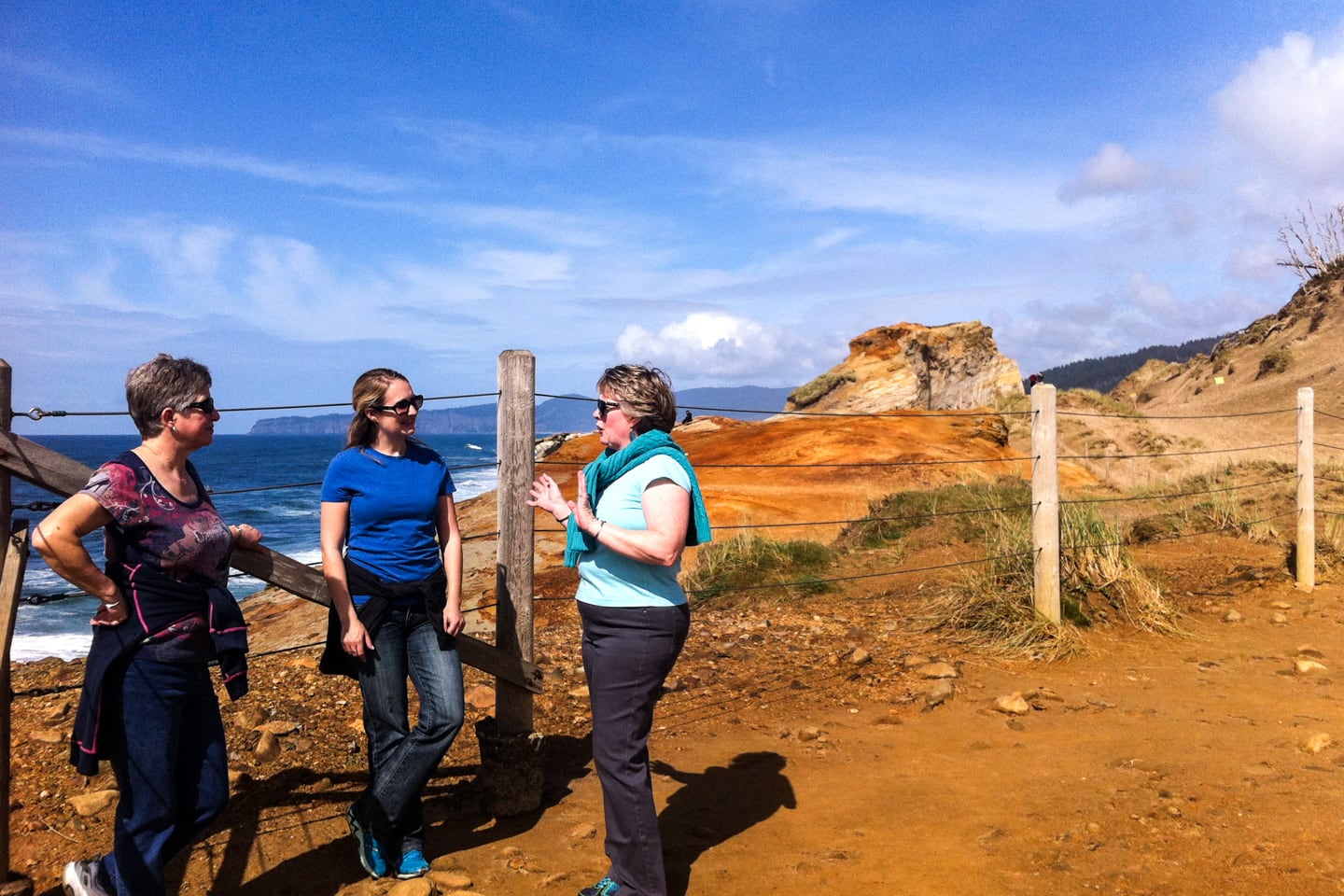 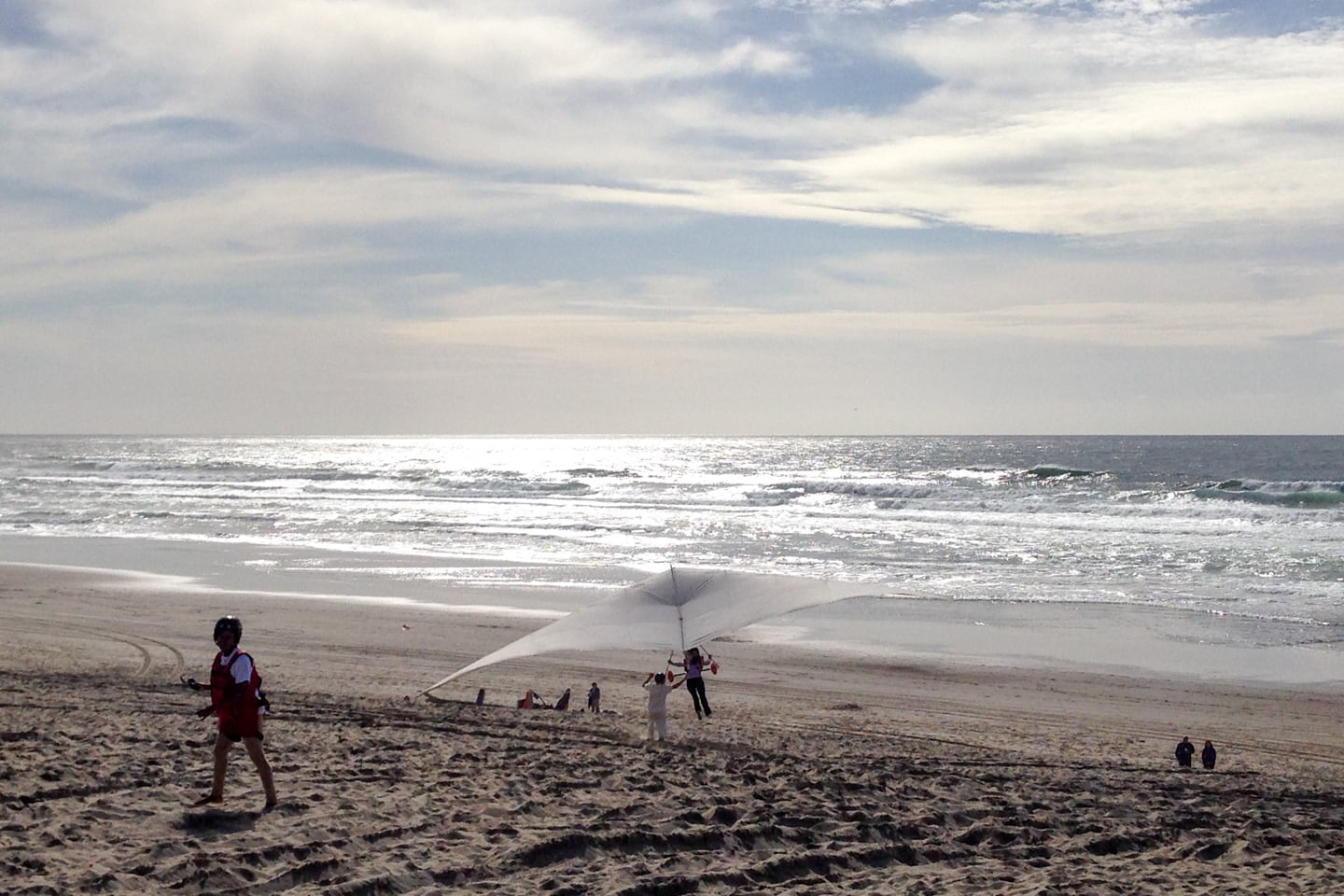 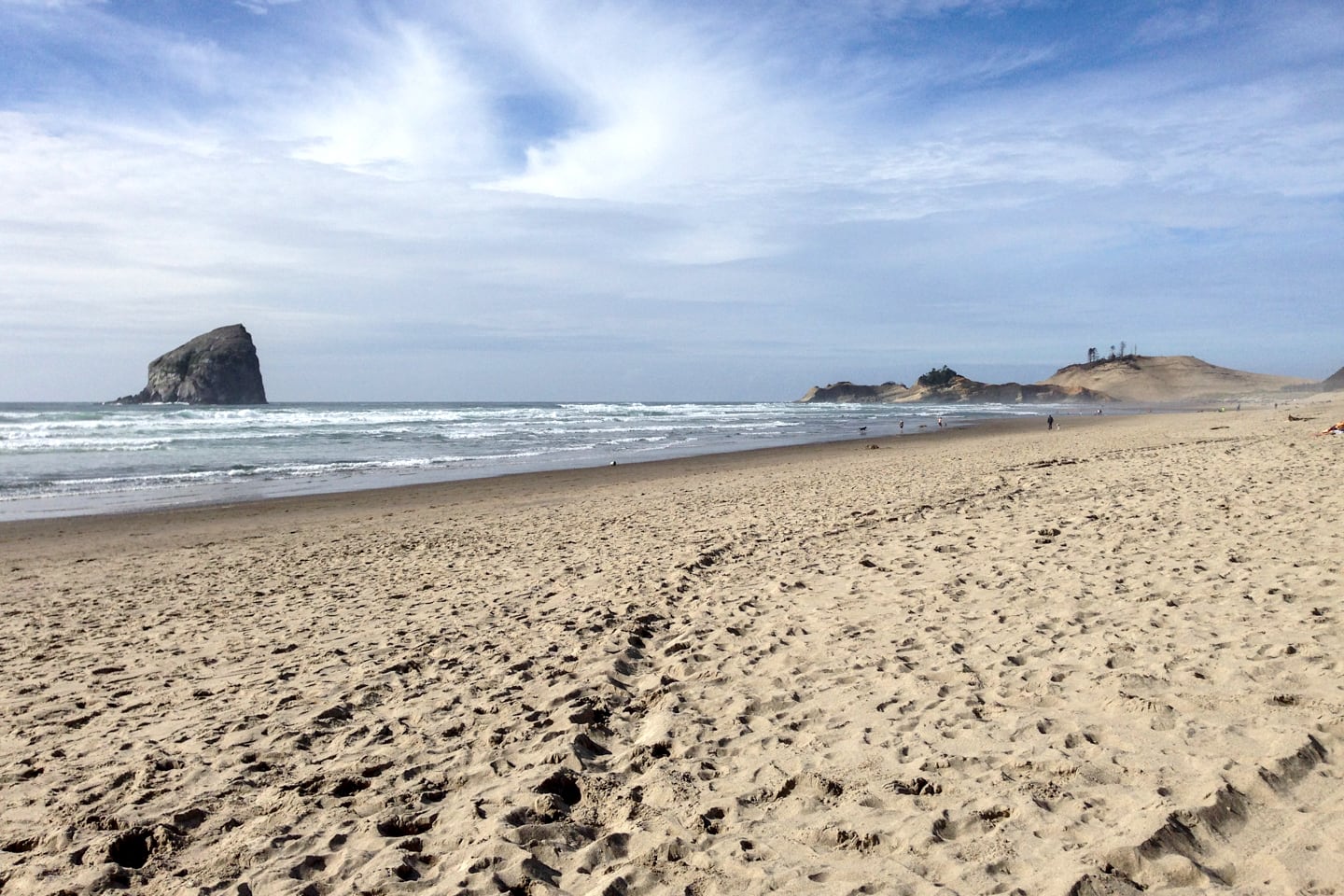 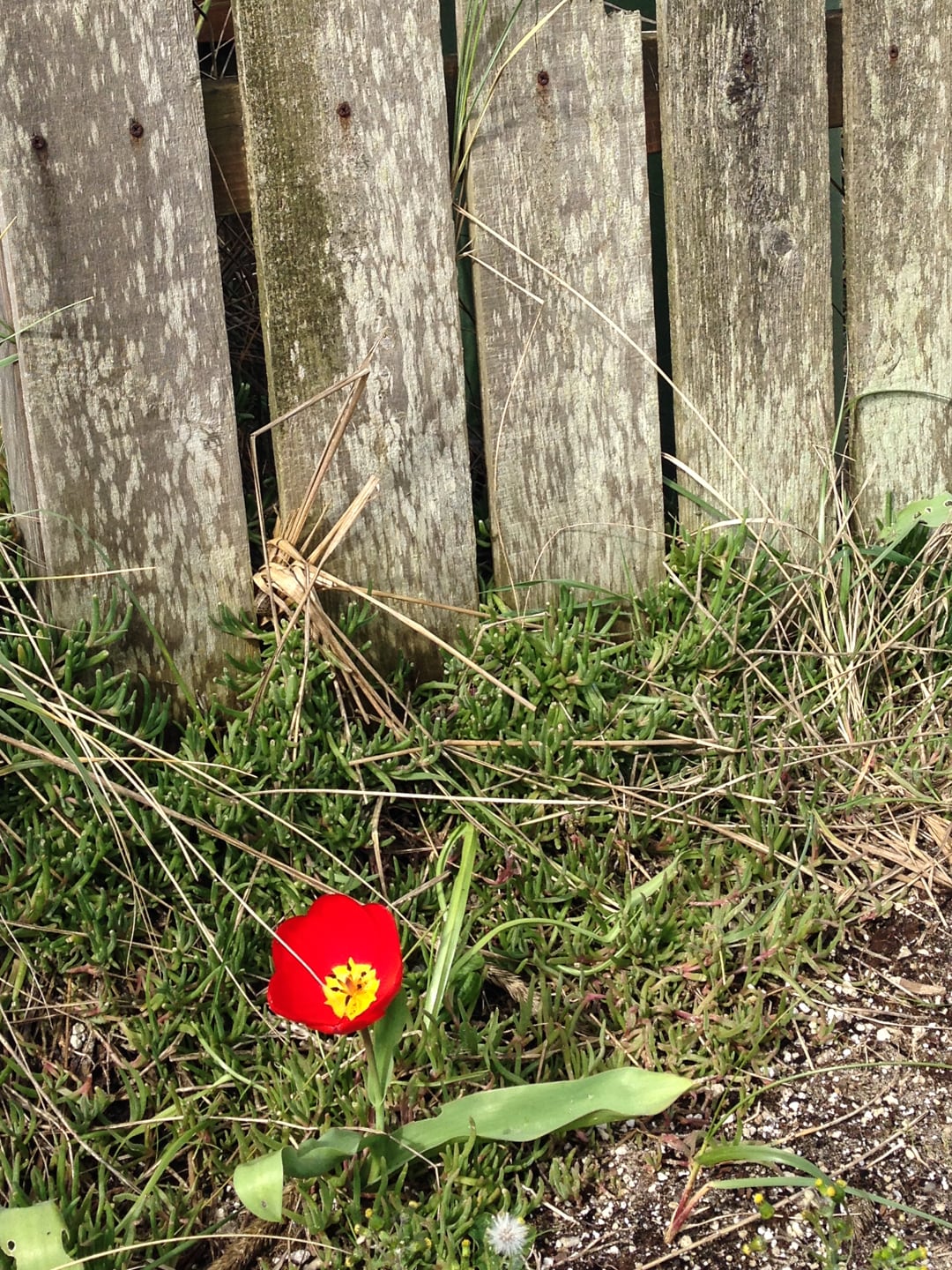 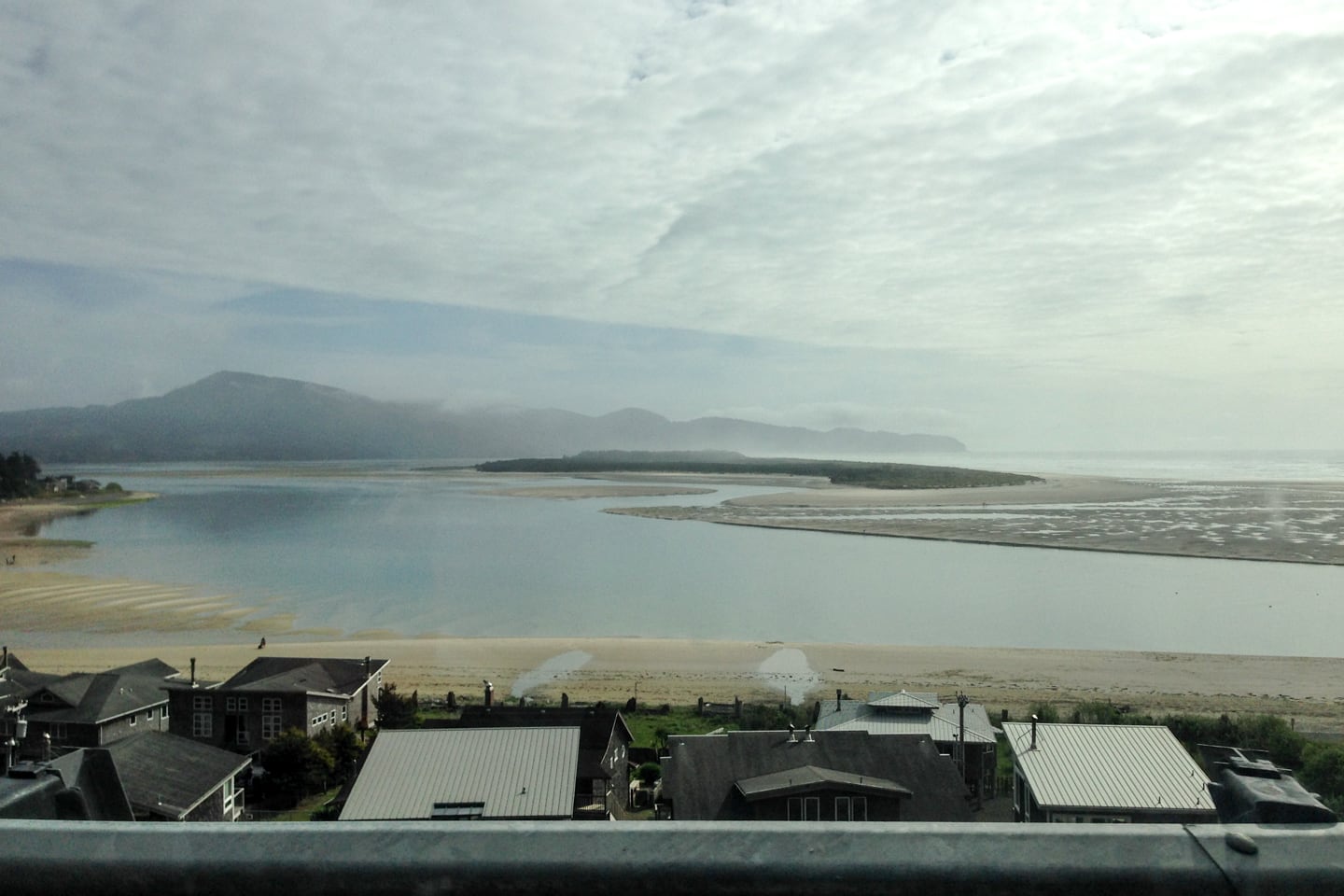 On our way back to Portland, we took the scenic route, stopping at the “Three Capes,” each offering stunning scenery and a little something funky for the visitor. 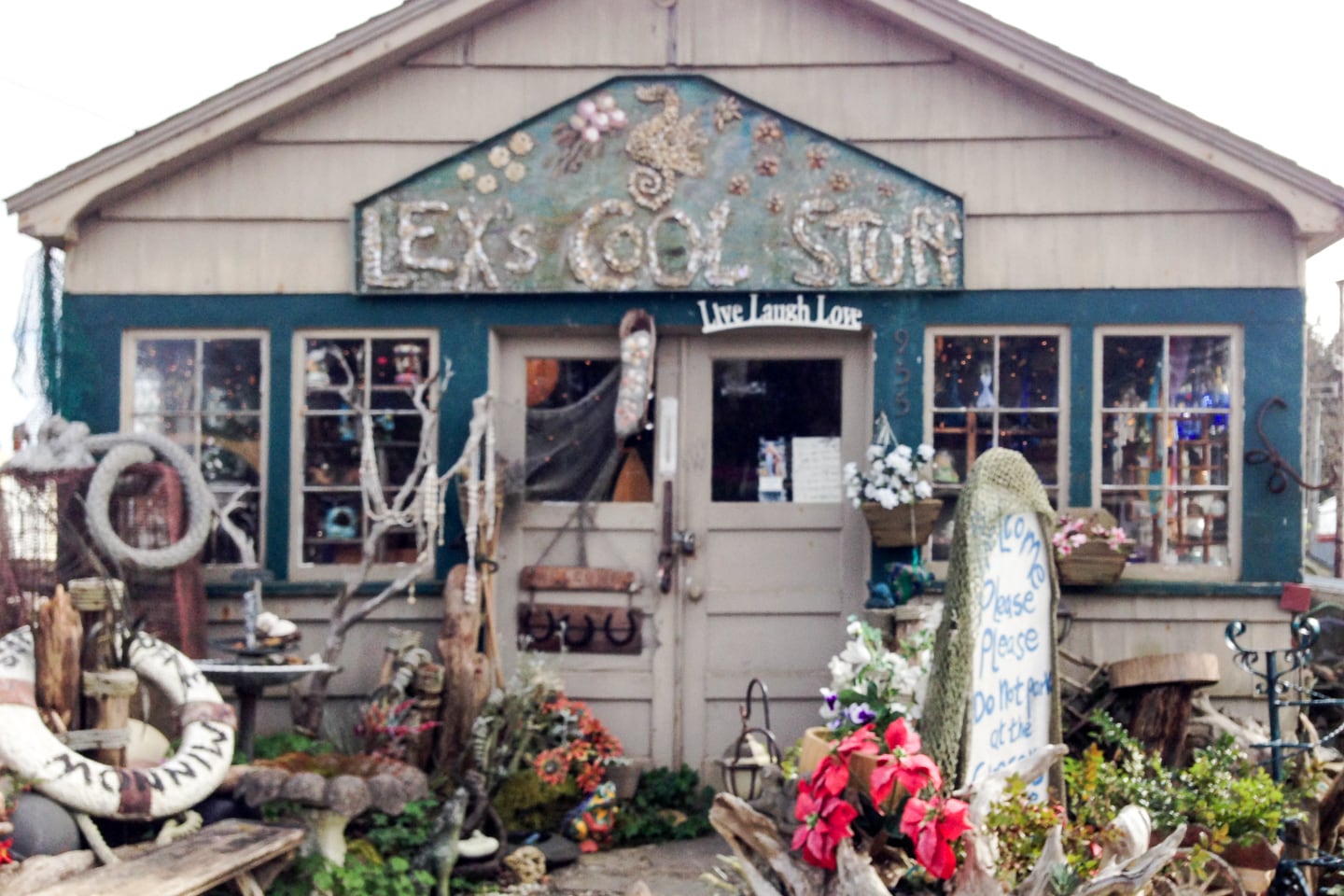 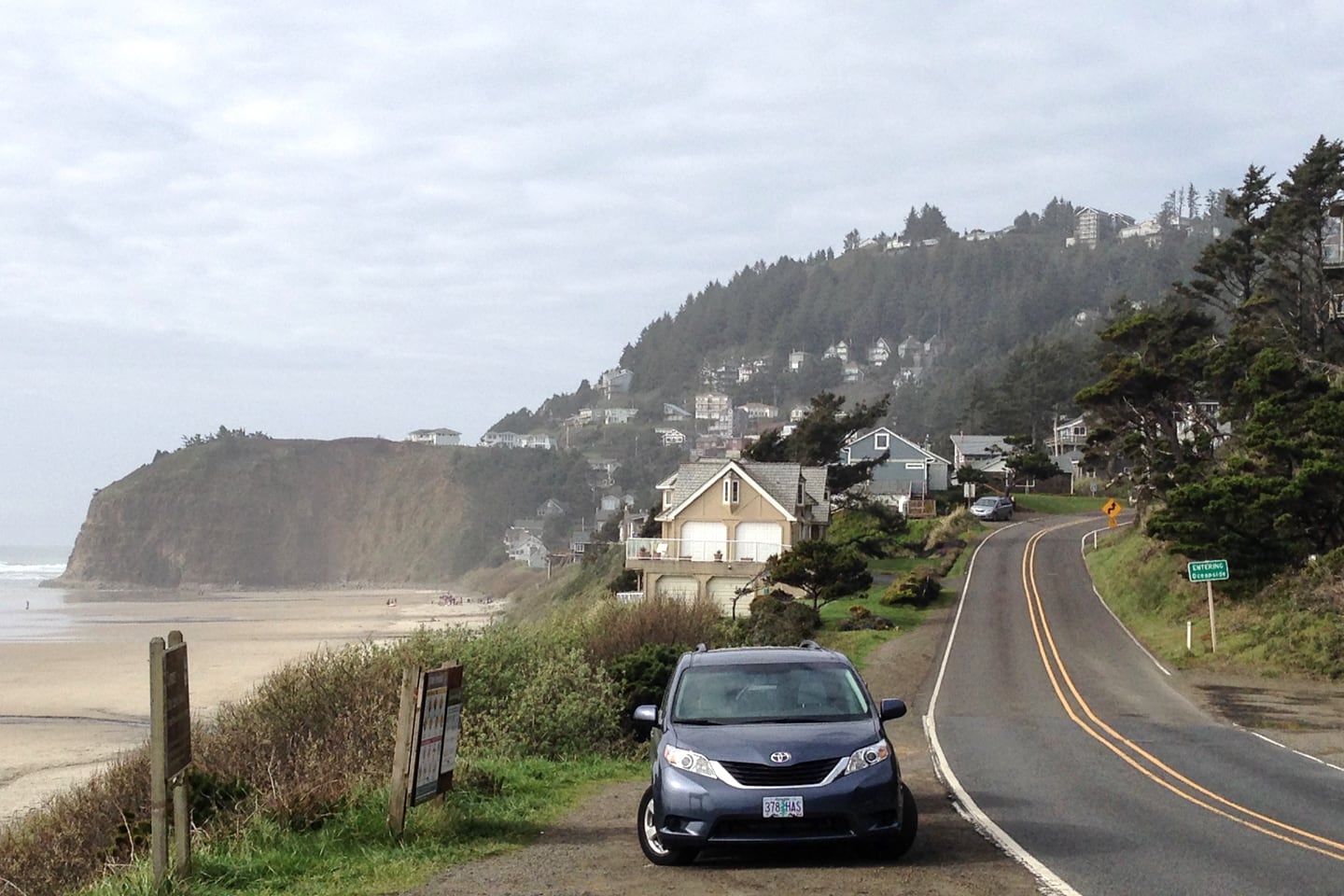