After a fun and relaxing overnight visit with family in Santa Monica, we continued on to our most southern destination of the trip — San Diego. 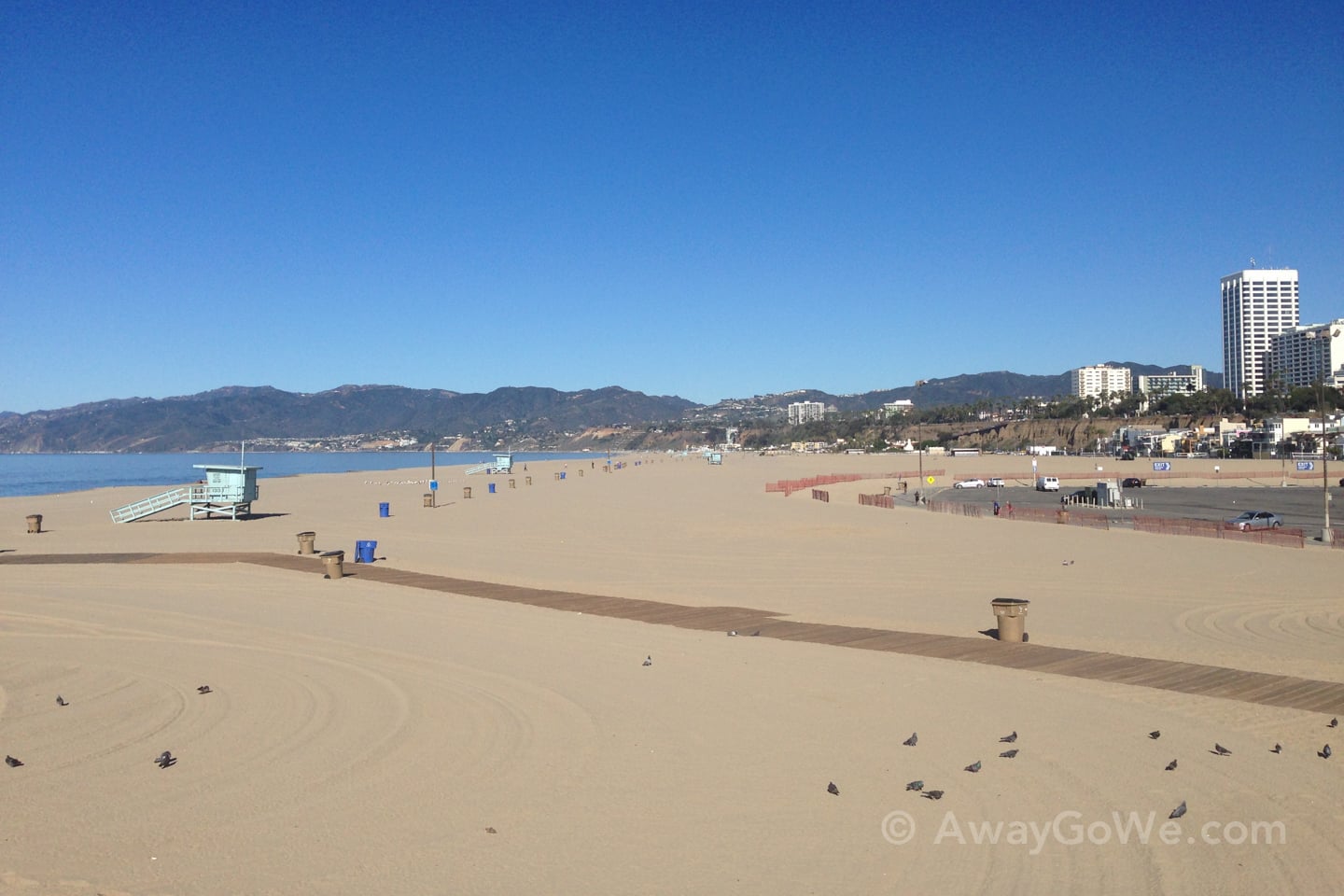 …but not before soaking up the brilliant So Cal sunshine at Santa Monica’s famous pier. 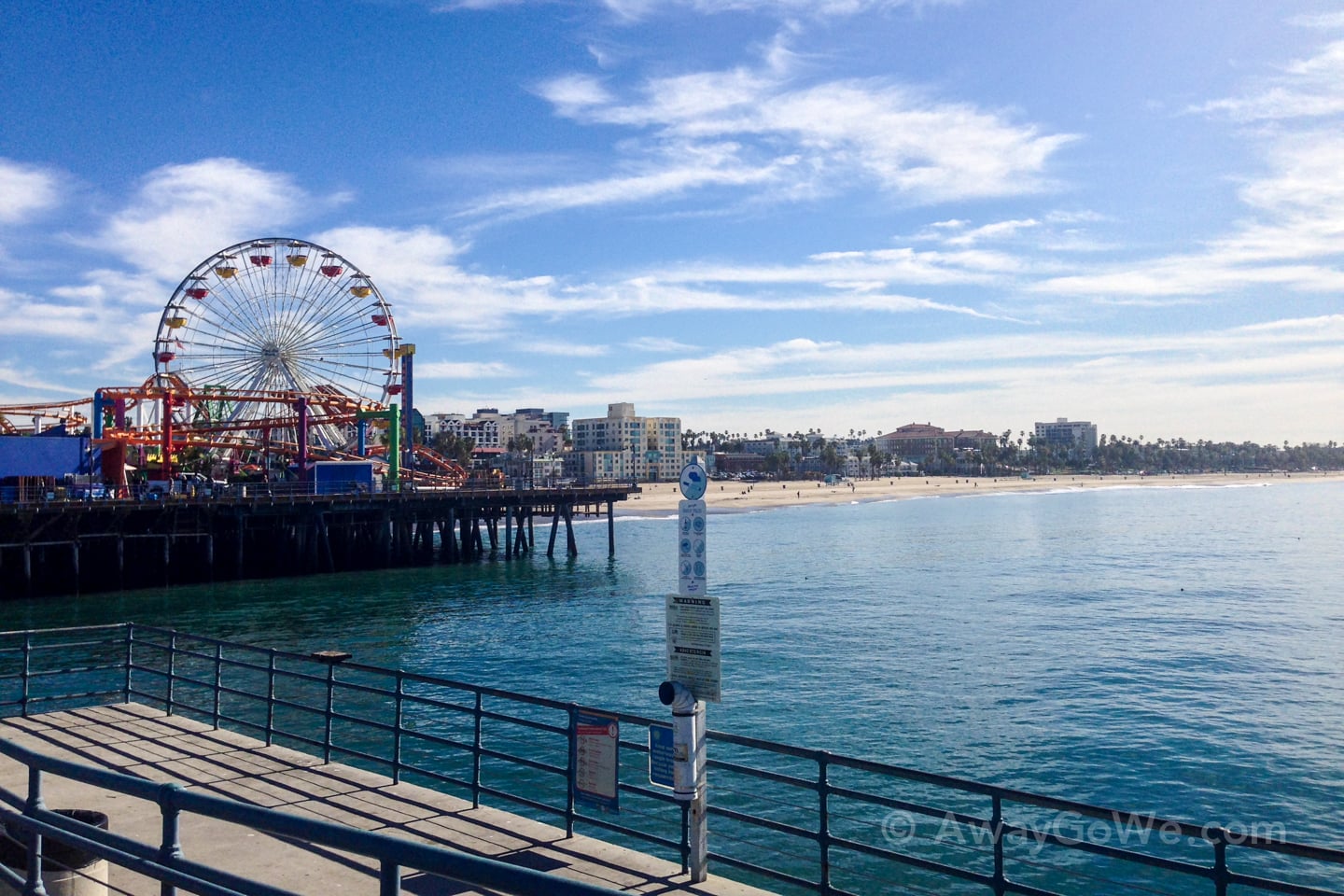 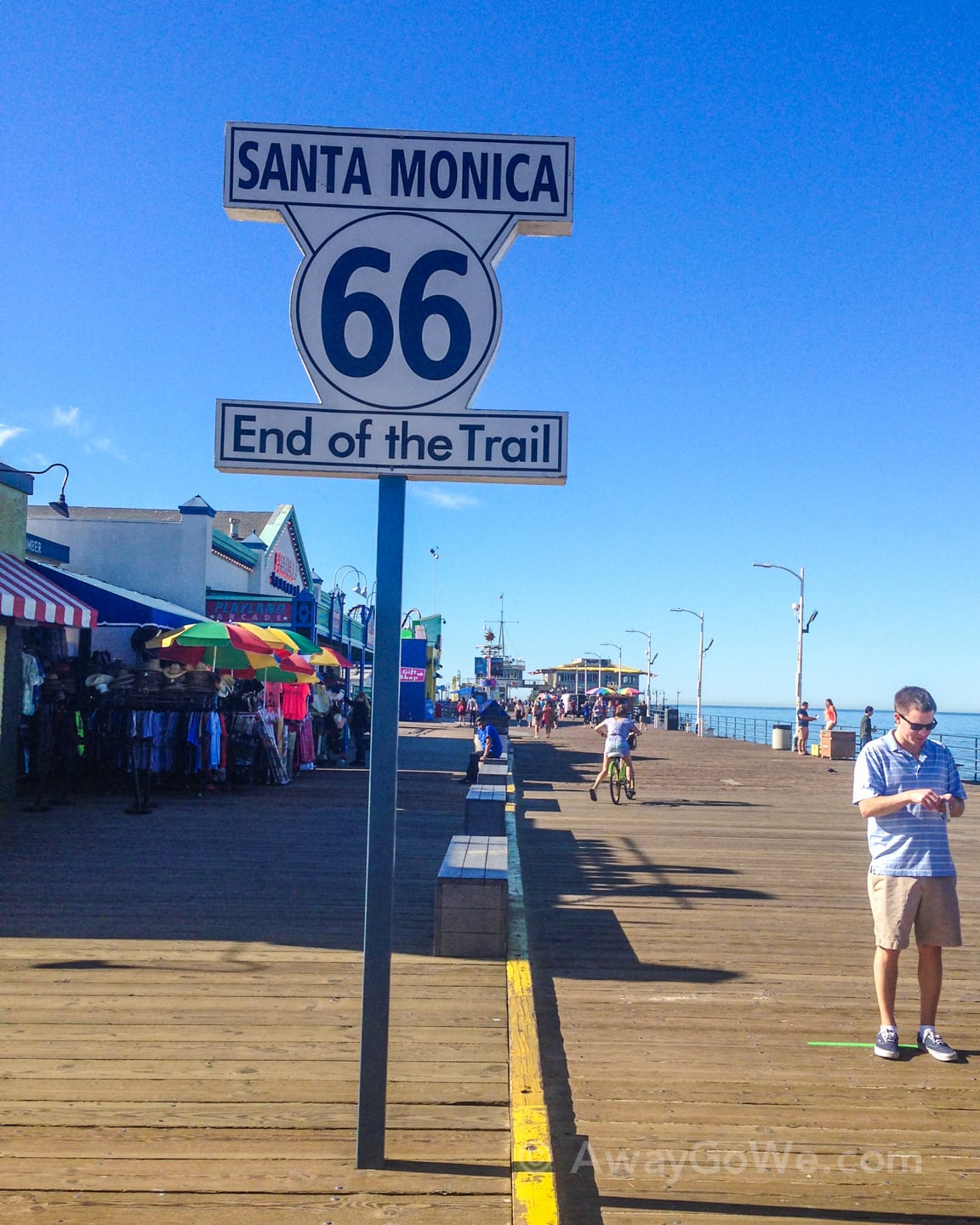 Browse the interactive map above to learn more about the route.

It’s been years since I last came through L.A. It’s never been a city that’s appealed to me in a big way — nice to visit yes, and it’s hard to beat the sun — but when it takes 1.5 hours to go 30 miles on the freeway at 10am on a weekday…I’m not so impressed.

We entered that day’s route from Santa Monica to Seal Beach (30 miles south of Santa Monica as the crow flies) into Google Maps and discovered that the difference between Highway 1 and I-405 was negligible (~15-20 minutes), which gave us two options: 1) Spend two hours hugging the coast and seeing a bit more of L.A., or 2) Spend 1.5 hours staring at lines on a sea of concrete. We opted for Highway 1 and, though slow, traffic was steady, and the journey, far more interesting. 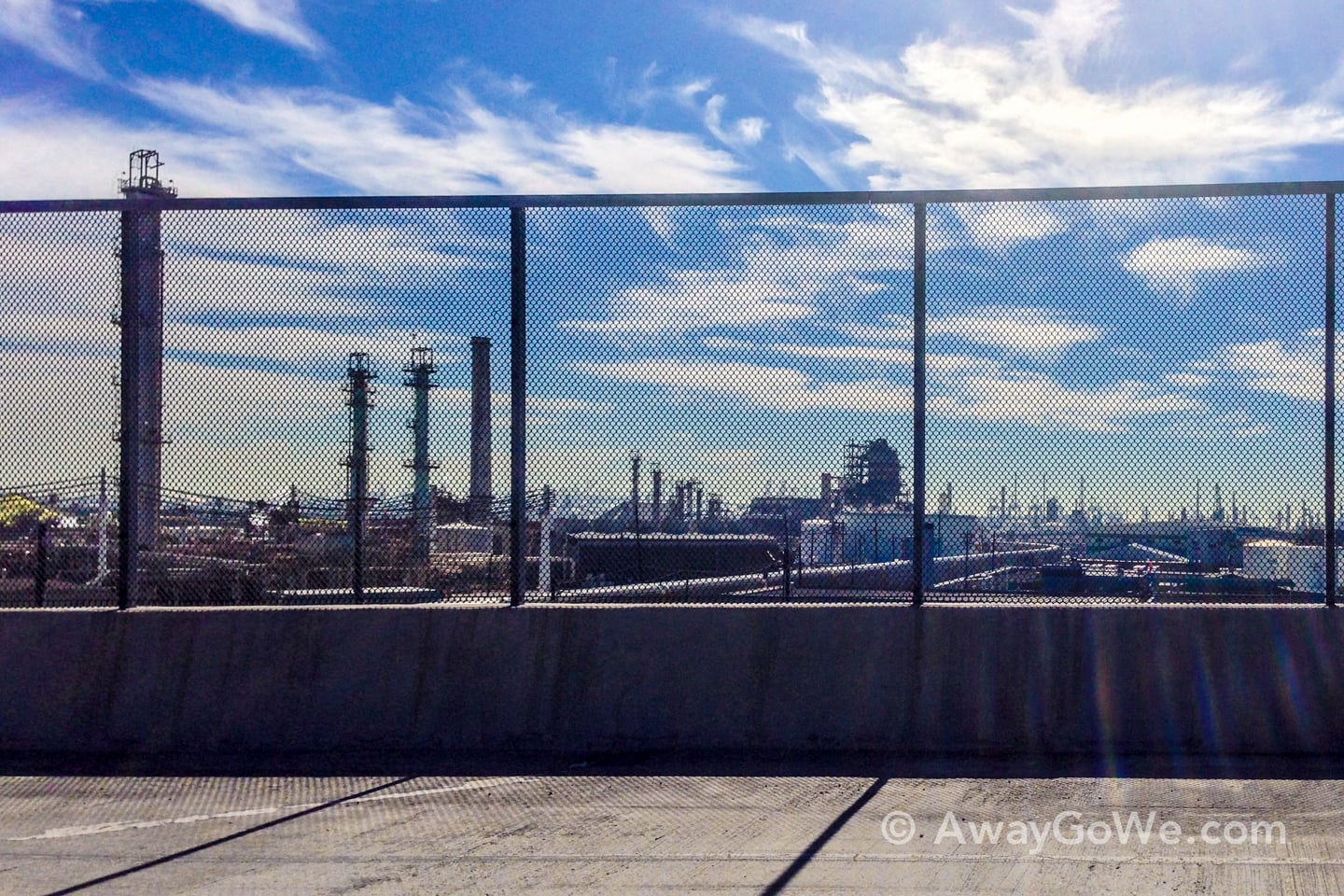 Crossing this overpass gave us a commanding view of the city of Long Beach, in all its industrial glory.

An hour and a half later, we arrived in Seal Beach. 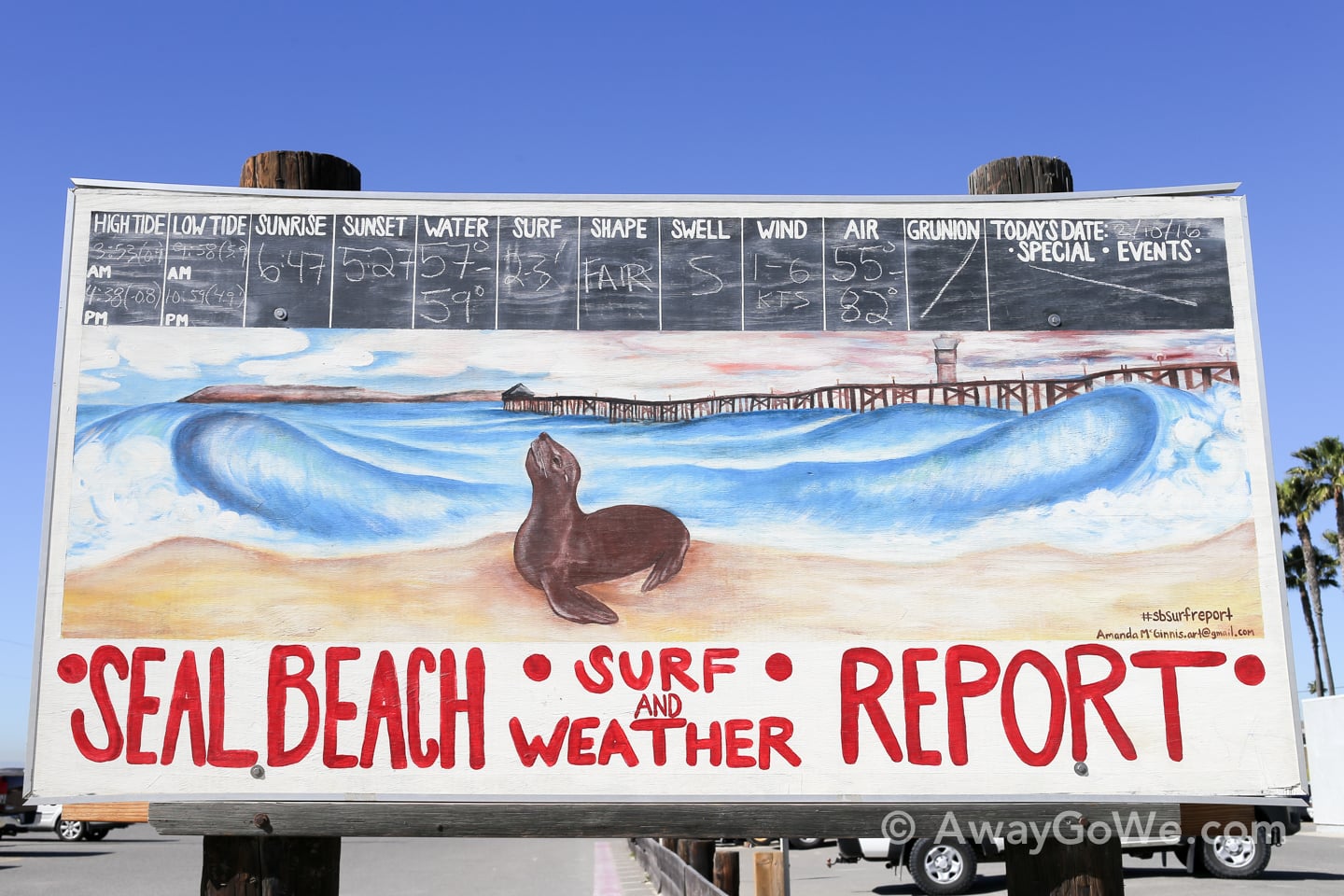 Looked like a nice lunch stop on the map — and it was. A quiet and pleasant oasis amidst a seemingly endless jumble of urban sprawl. We stretched our legs on the beach, watched the surfers and grabbed some burritos at a local taco joint. 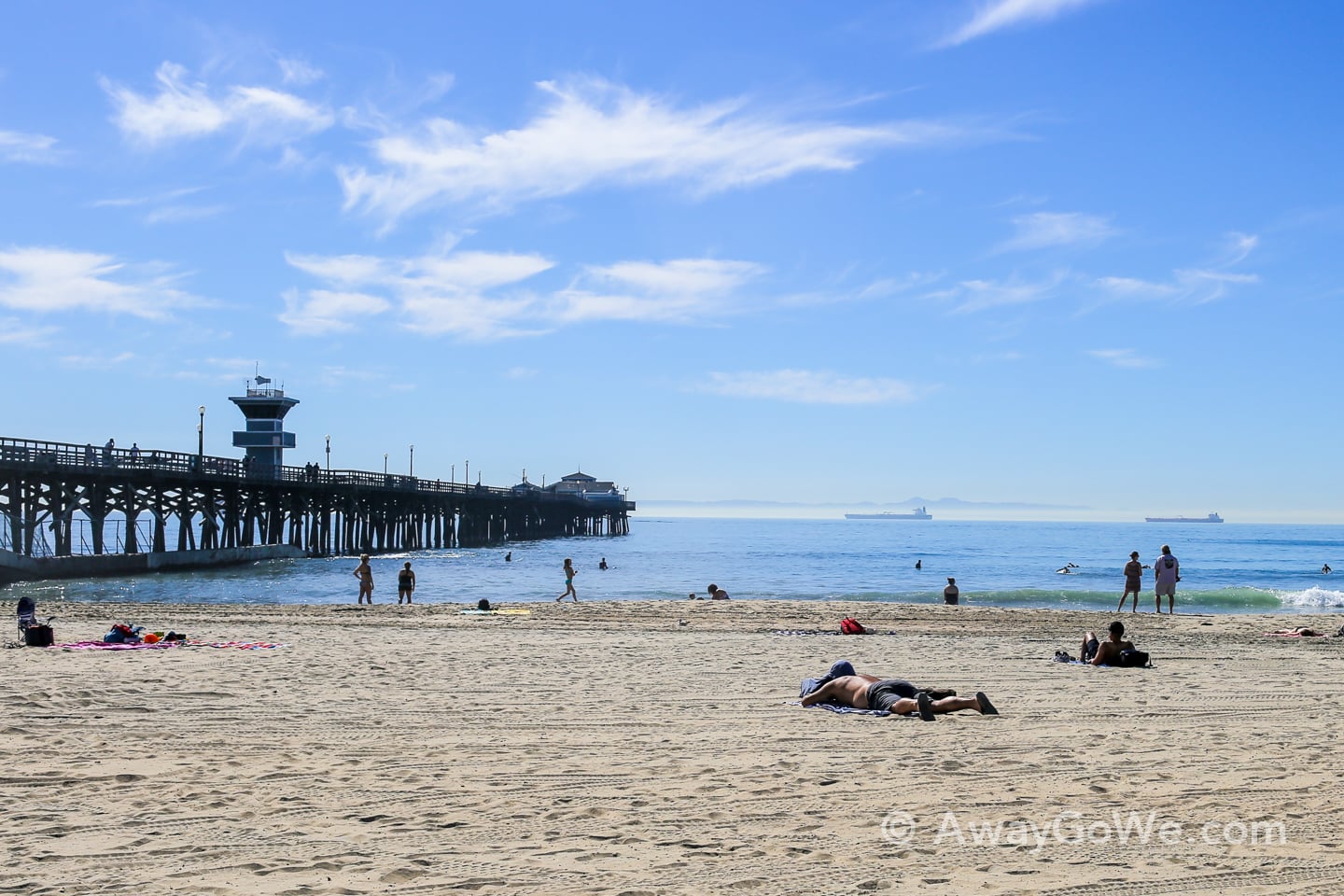 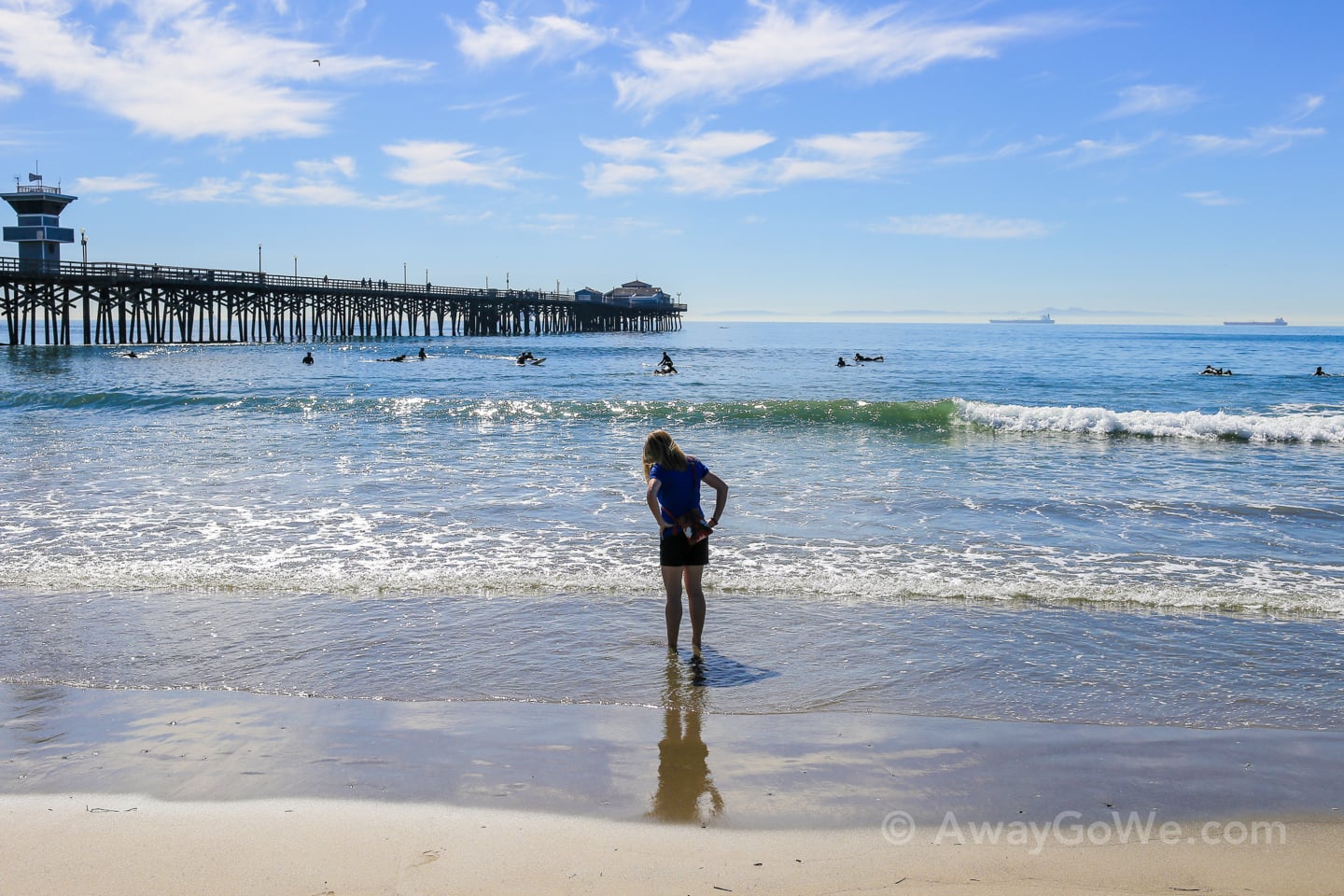 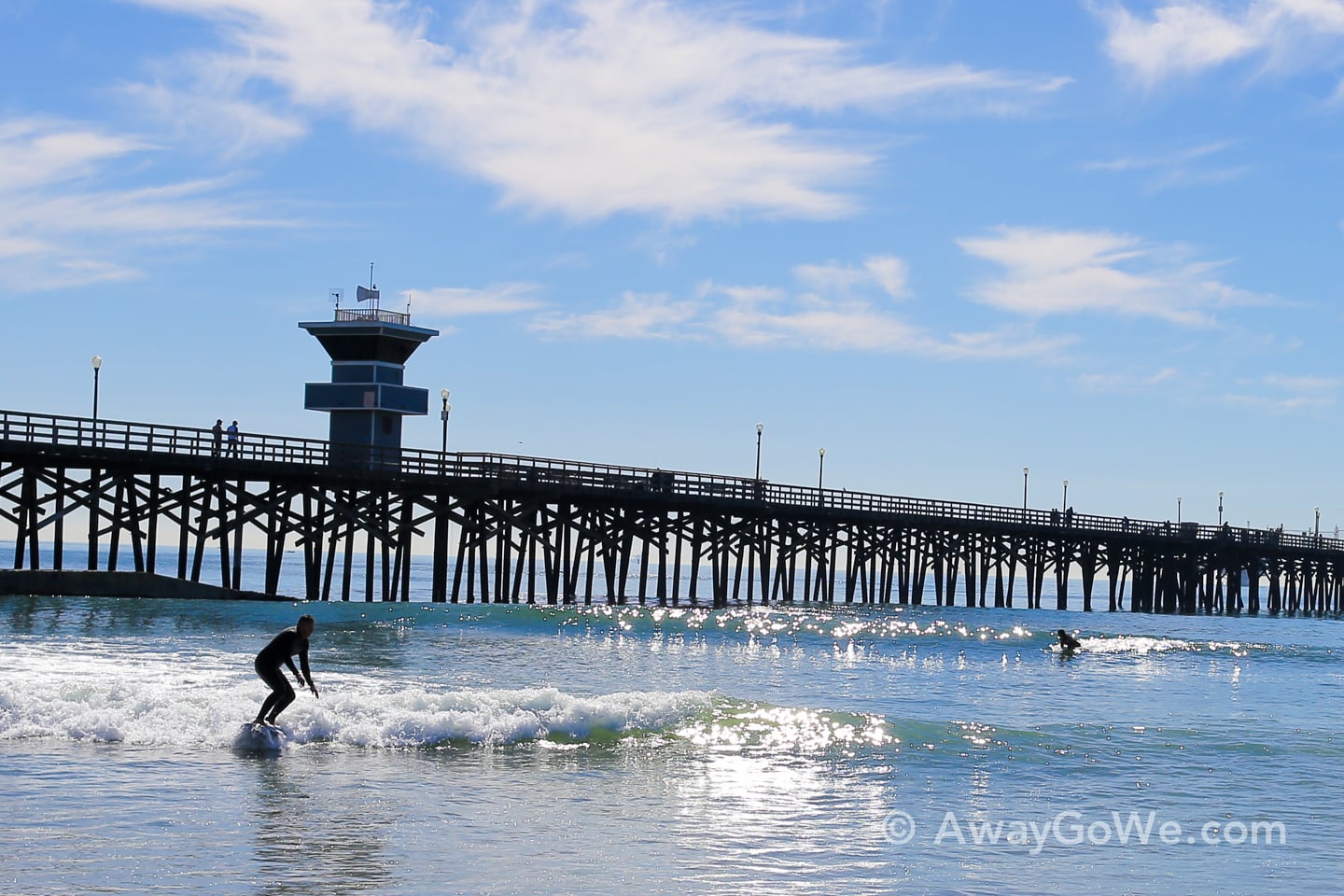 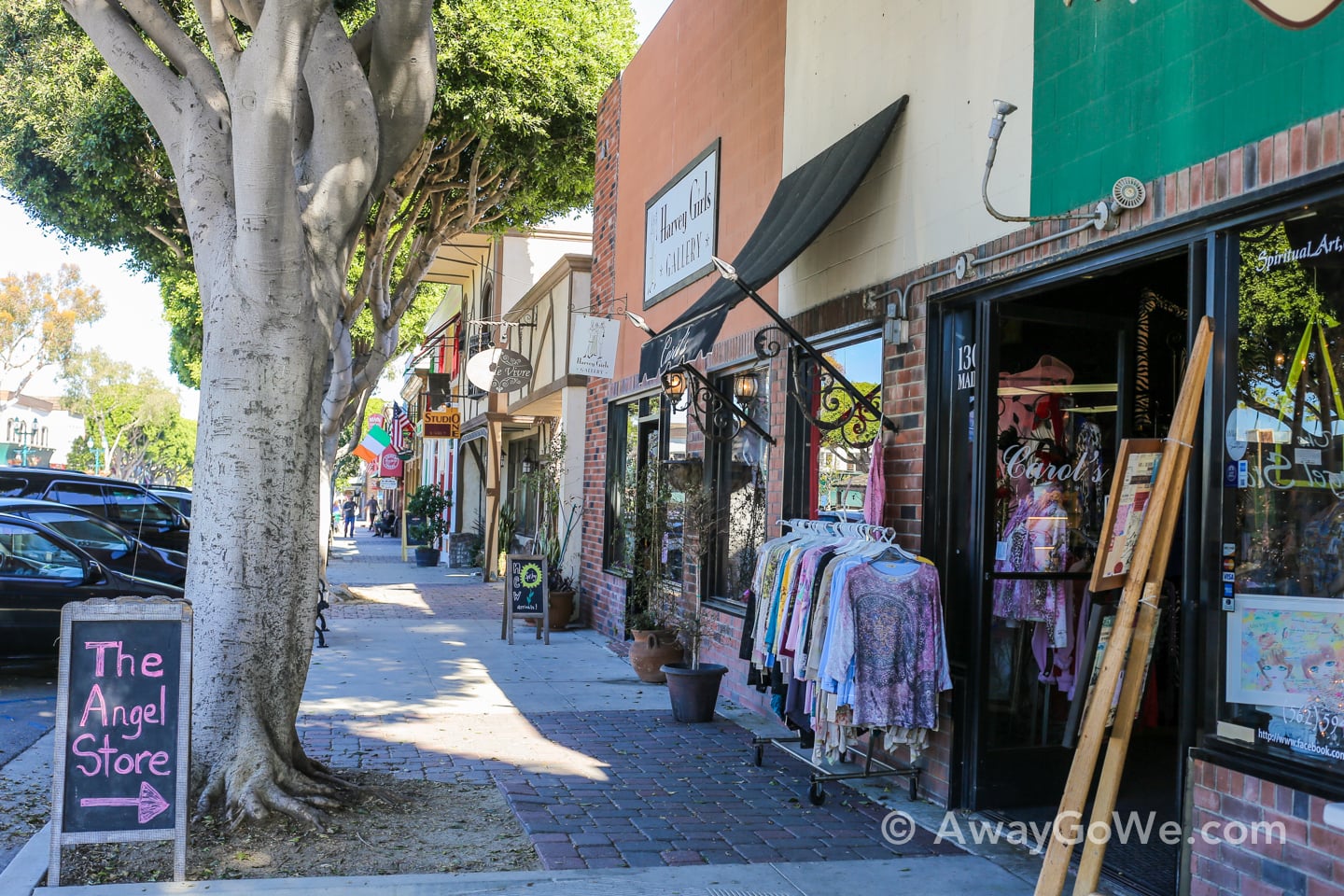 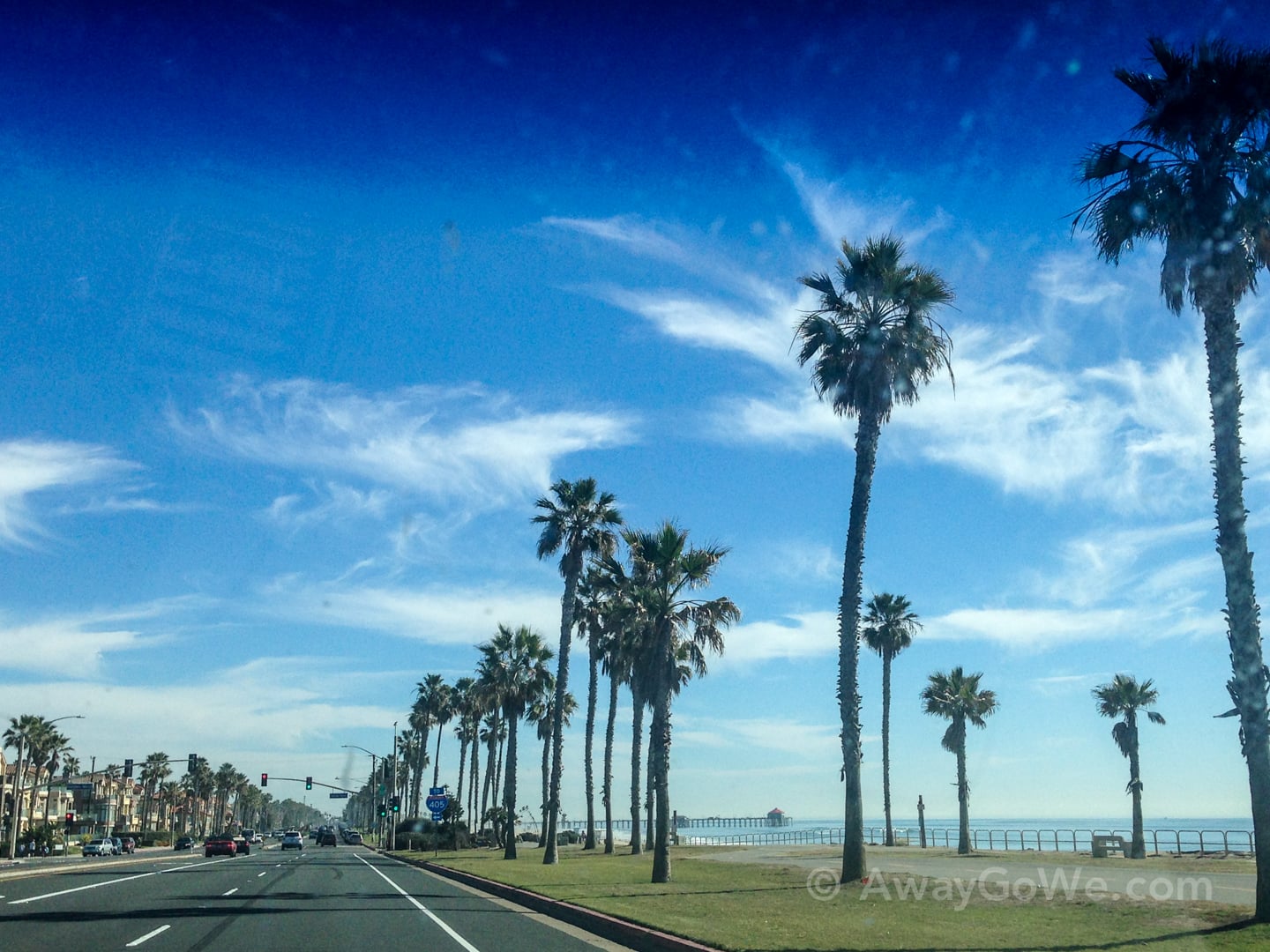 I breathed a big sigh of relief leaving L.A., as the highway opened up, the rugged landscape of the Pacific Coast re-emerged, and traffic began to flow freely. 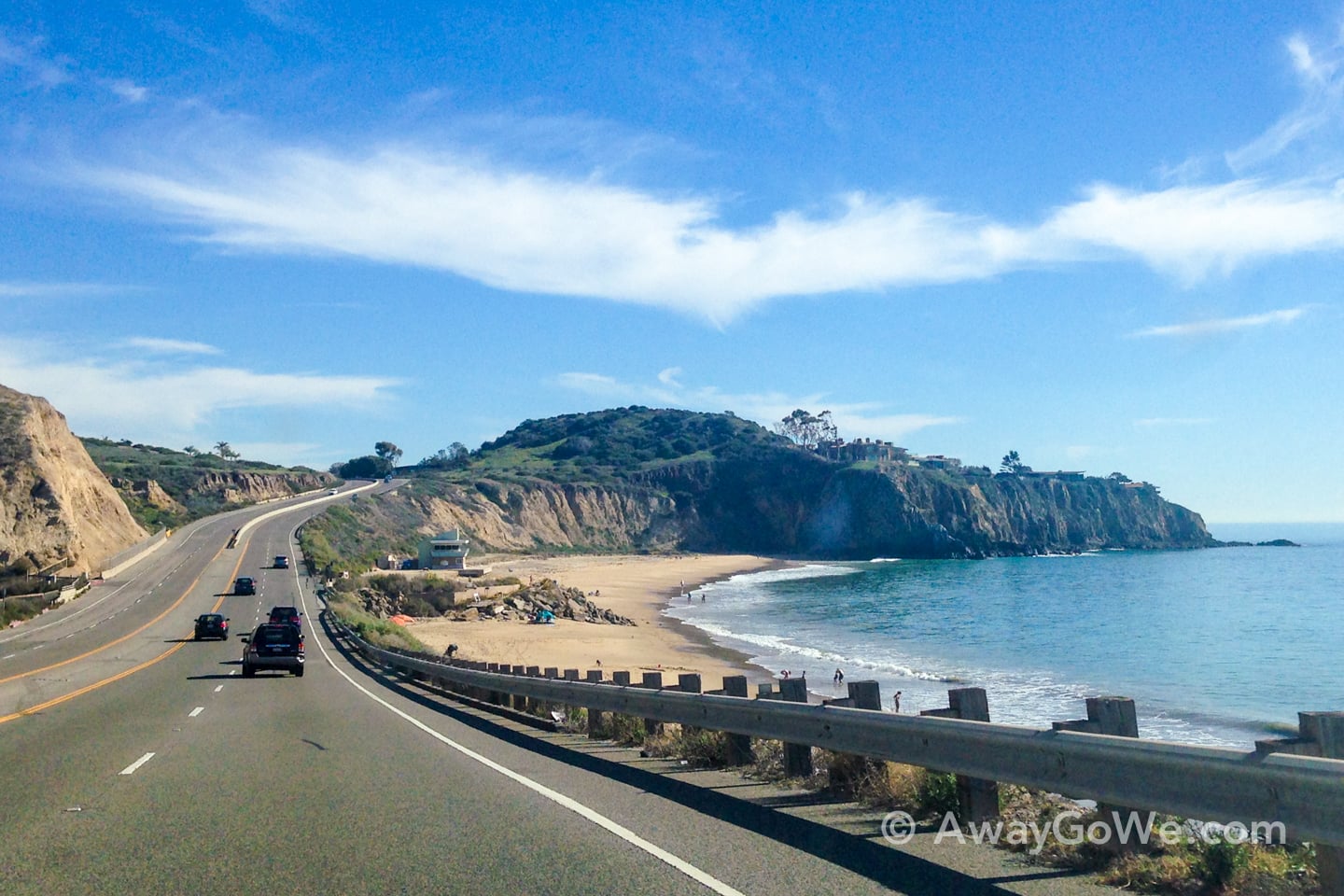 I’d like to think I could live anywhere for a period of time, but L.A. has a way of conspiring against that sentiment, no matter how great of a time I have there or how enticing the sun and surf seem. San Diego, on the other hand…

But before reaching our destination for the day, we had one last stop to make: the legendary Mission San Juan Capistrano, about half way between Santa Monica and San Diego. More on that in our next post. 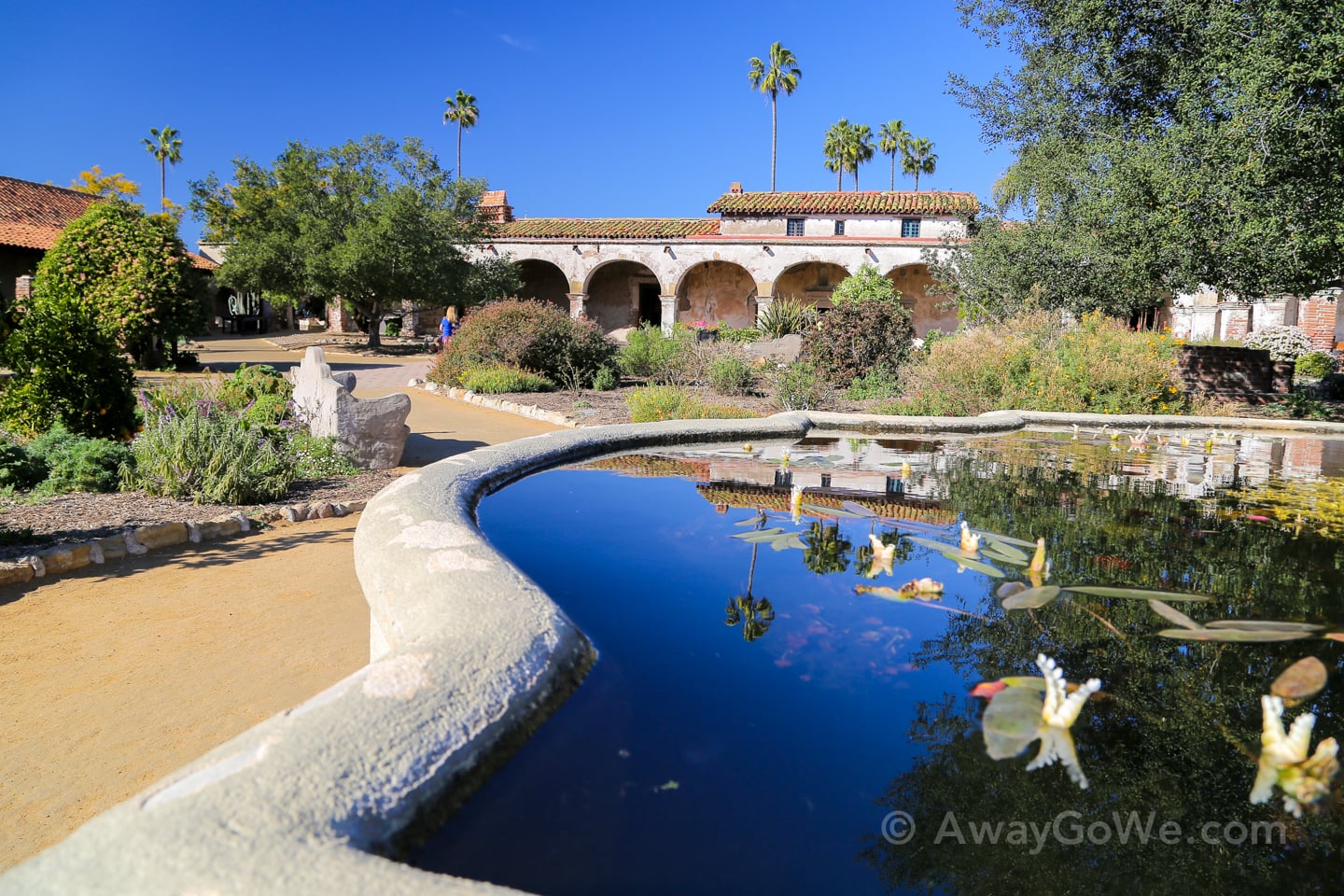 On a good day, the stretch between San Juan Capistrano and La Jolla is another one of my favorite drives, especially around sunset. A sunset drive down the 5 comes with a cost of course, called rush hour (though fortunately San Diego’s rush hour is nowhere near as insane as L.A.’s). Plus, we were coming into the city and exiting early for Mission Beach, so really it was quite pleasant.

Passing Camp Pendleton, Lori snapped this pic for me from the freeway. I heard something and then saw it. Lori had no idea what it was, but I knew full well what it was once I caught a glimpse. I’m sure I’ve never seen one in person, but grew up hearing all about them. One of the most unique and most controversial aircraft in the U.S. military: The V-22 Osprey.

Half airplane, half helicopter, its wing-mounted propellers tilt depending on whether it’s landing or cruising. Very cool, very useful, but also incredibly delayed, over-budget, and easy to stall (i.e. crash). Originally projected to cost some $2.5 billion and be combat ready by the early 1990s, the V-22 instead cost over $27 billion to develop by the time it finally entered service in 2007, with another $27 billion spent to build the actual aircrafts beyond the prototypes. Furthermore, there have been seven hull-losses of Ospreys — none of which were in combat — killing a total of 36 servicemen and women.

Oh, and it’s a distraction to drivers on Interstate 5. 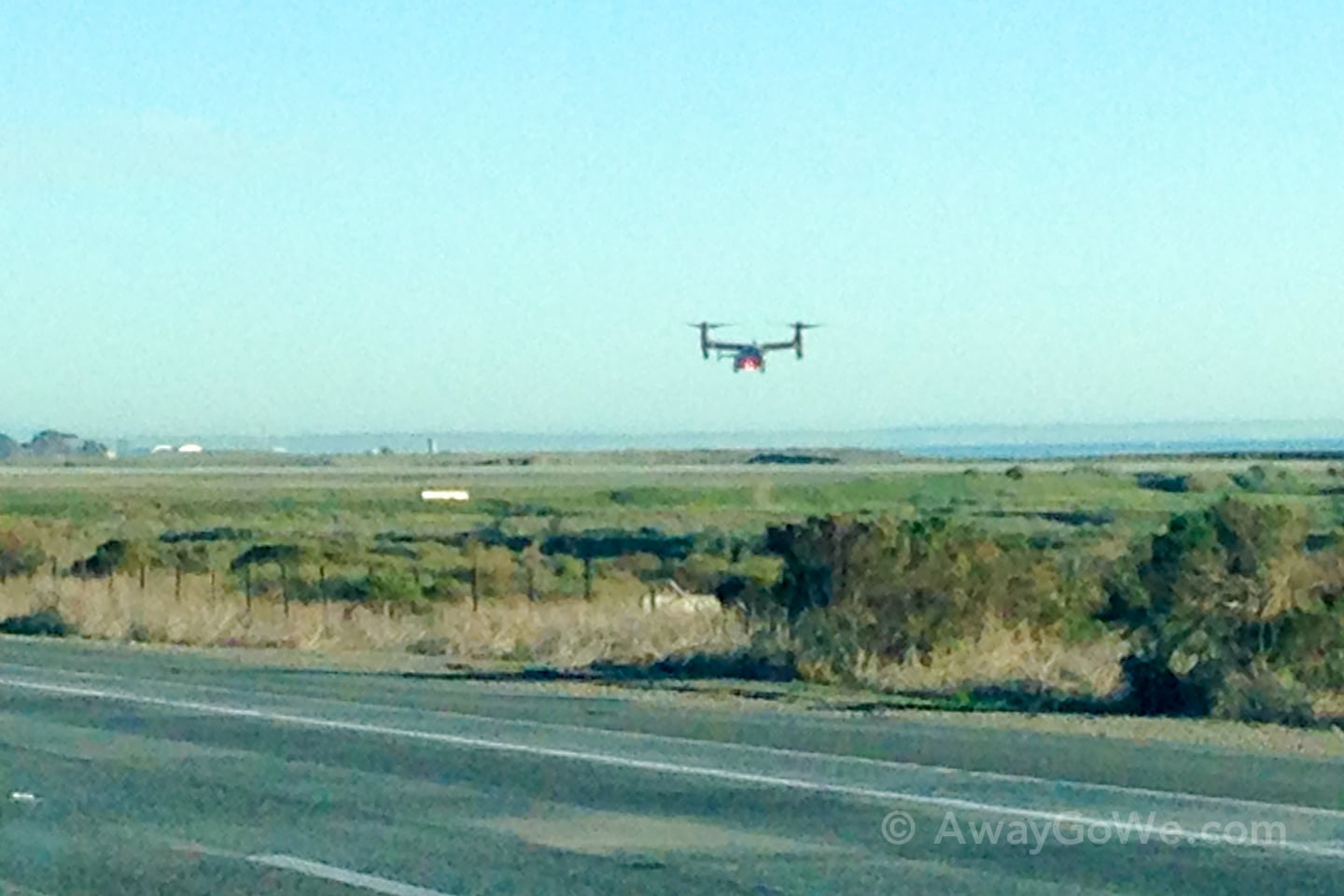 But, you know, it’s hard to dwell on all the problems in the world when you live in paradise. San Diego, you’re a dangerous temptress. 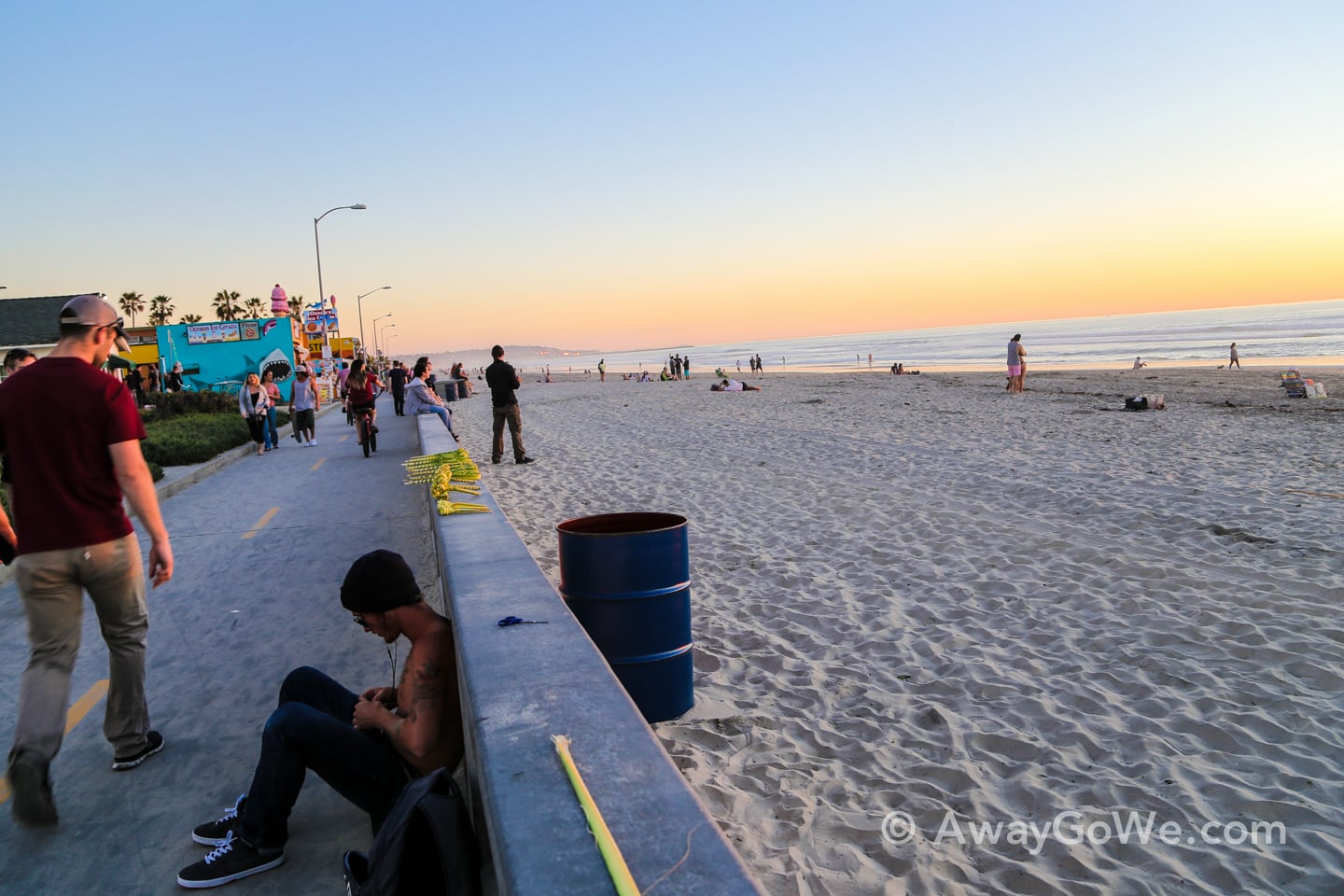 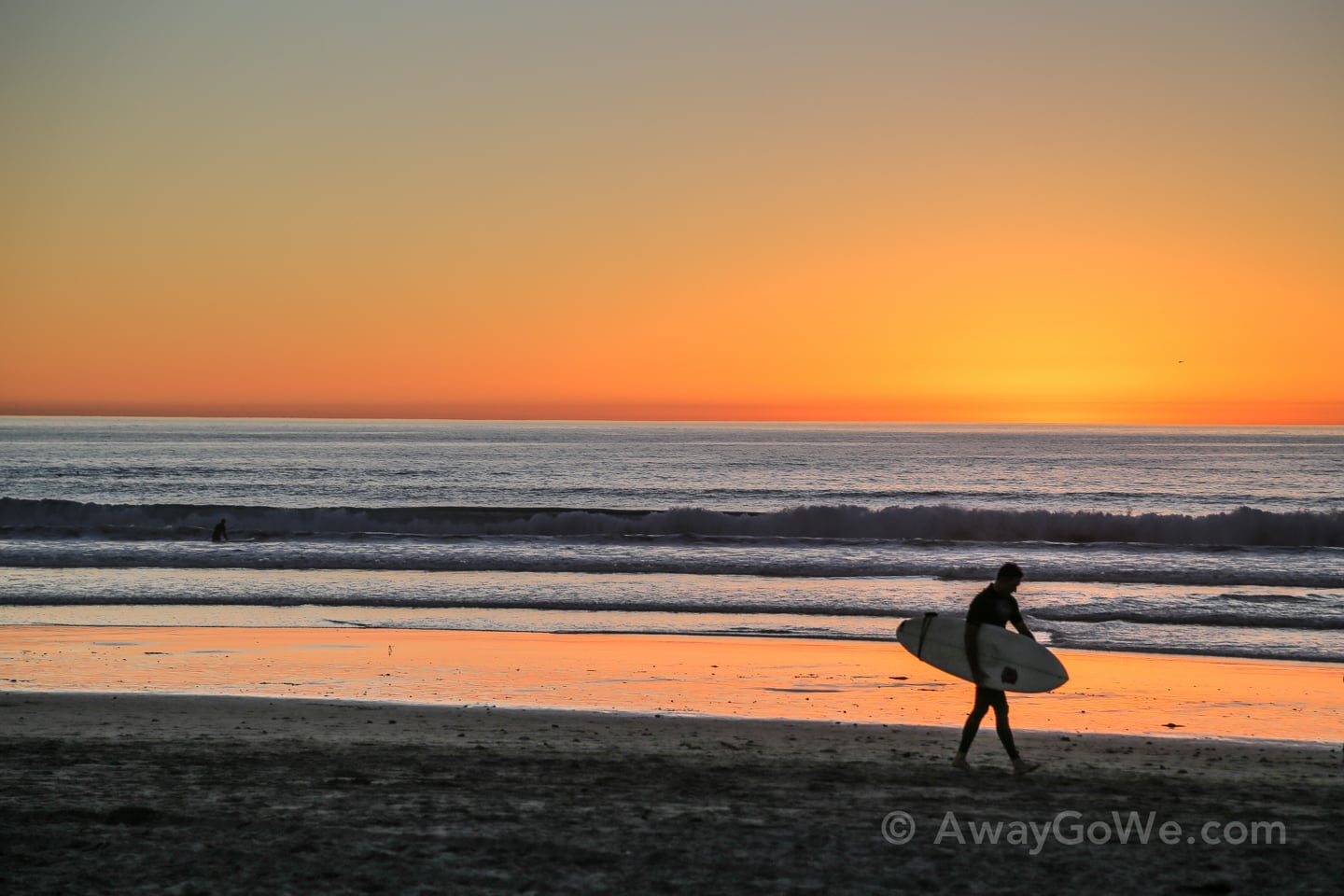 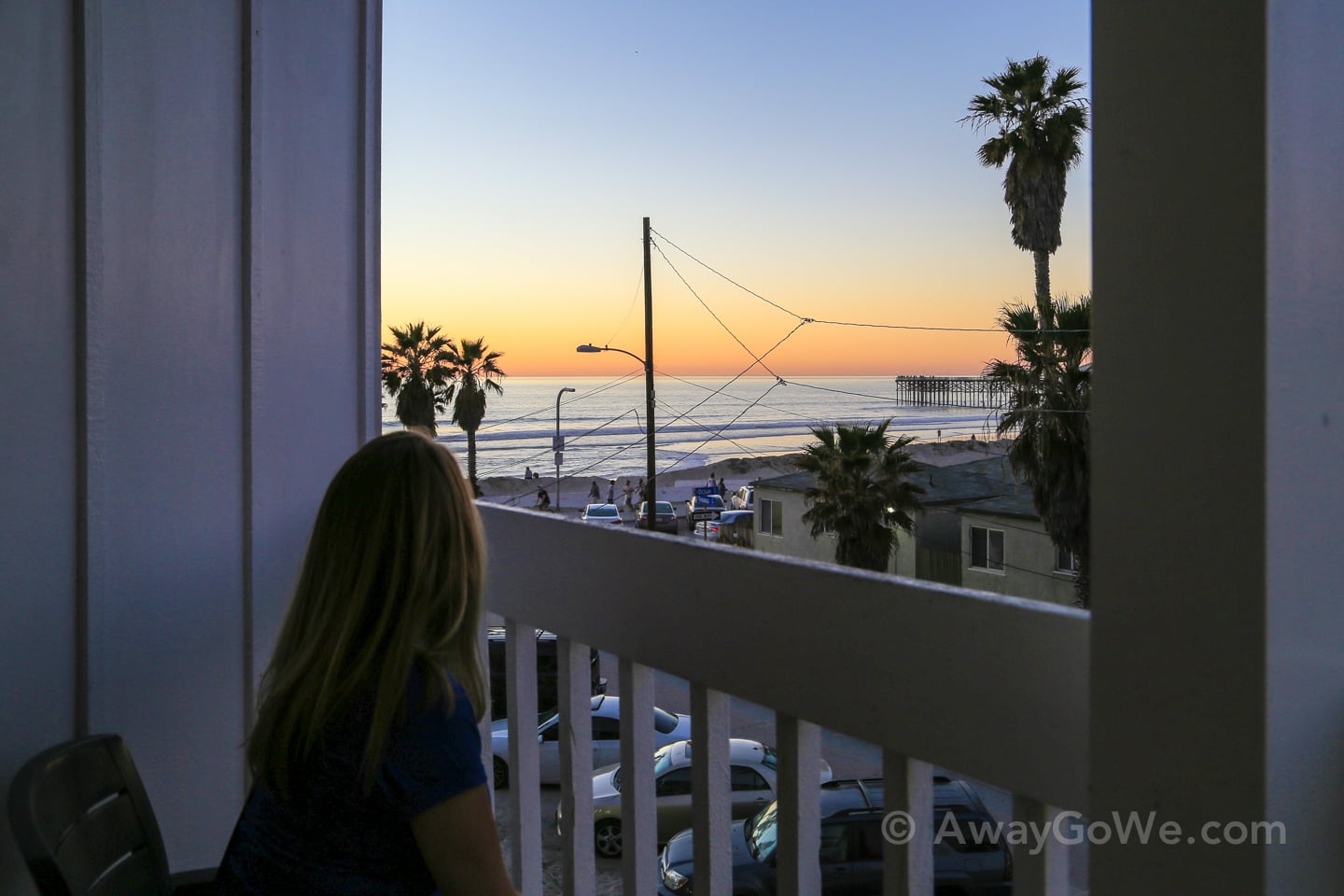 Pretty nice digs, eh? Actually the best deal in town, if you ask me: The Beach Cottages at Pacific Beach.

Yes, we got off-season pricing, and yes we opted for the cheaper “rooms” rather than the beach cottages, but we were quite pleased with our choice. Everything we need and a superb location between Mission Beach and Pacific Beach. Who can ask for more? 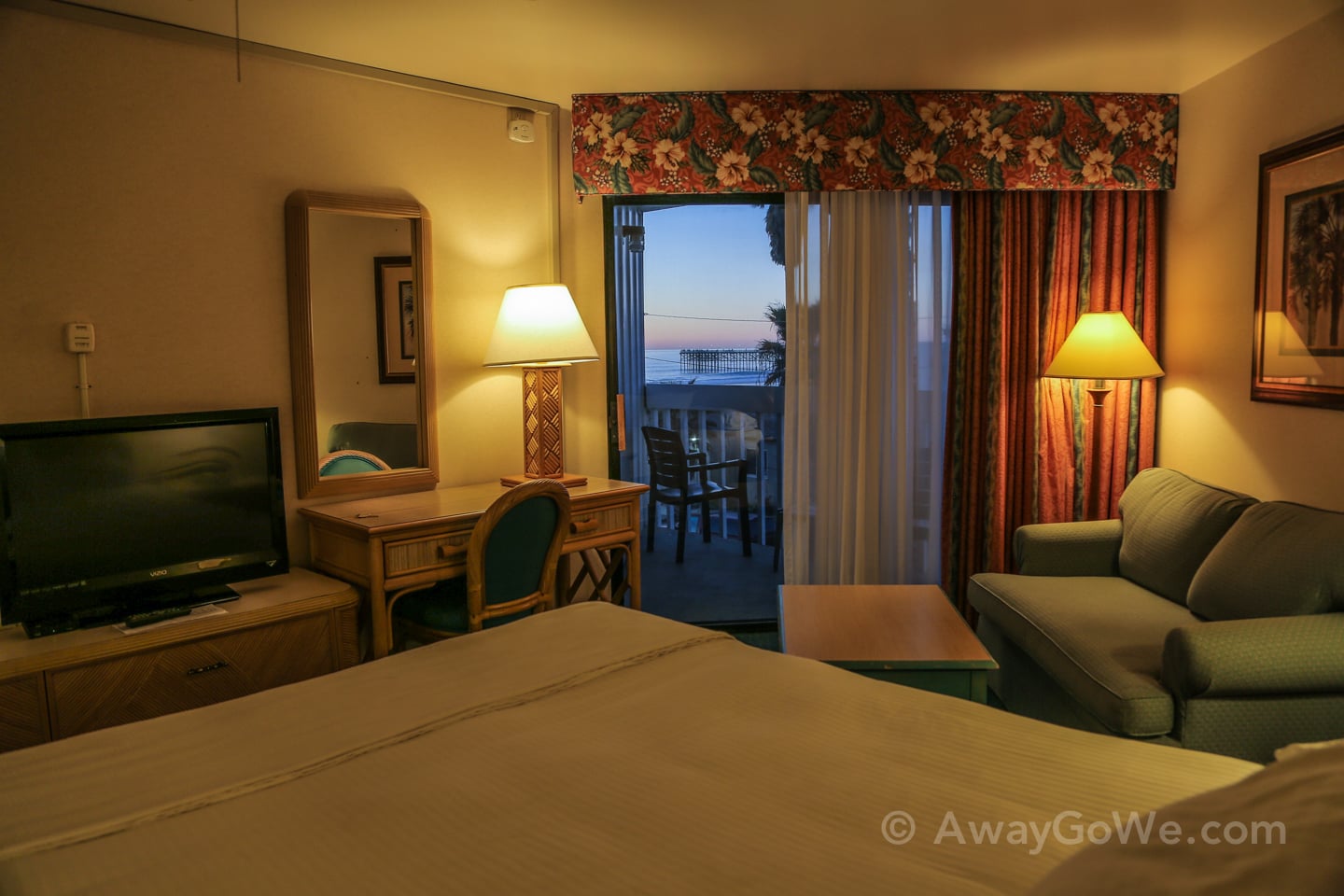 And did I mention Baja Beach Cafe is only steps away — good beer, great food, awesome view.

Oh, and I am actually drinking for two here — my pregnant wife is not helping me on this one (she got a yummy virgin concoction of her own). Happy hour was 2 for 1. I don’t usually make a point to so blatantly rub in my alcohol consumption to poor Lori, but having driven 1,200 miles over the past few days, it was kind of called for. 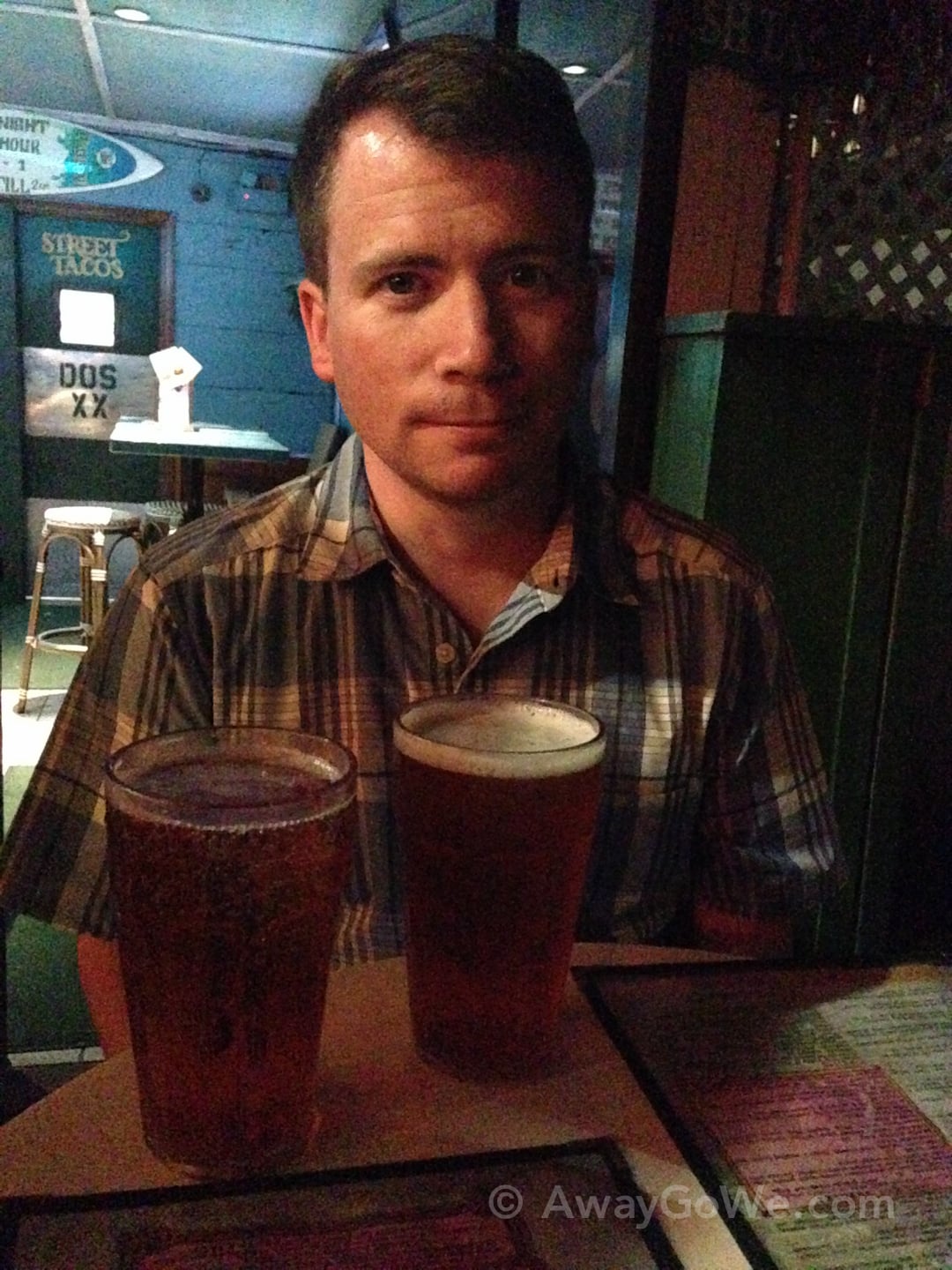 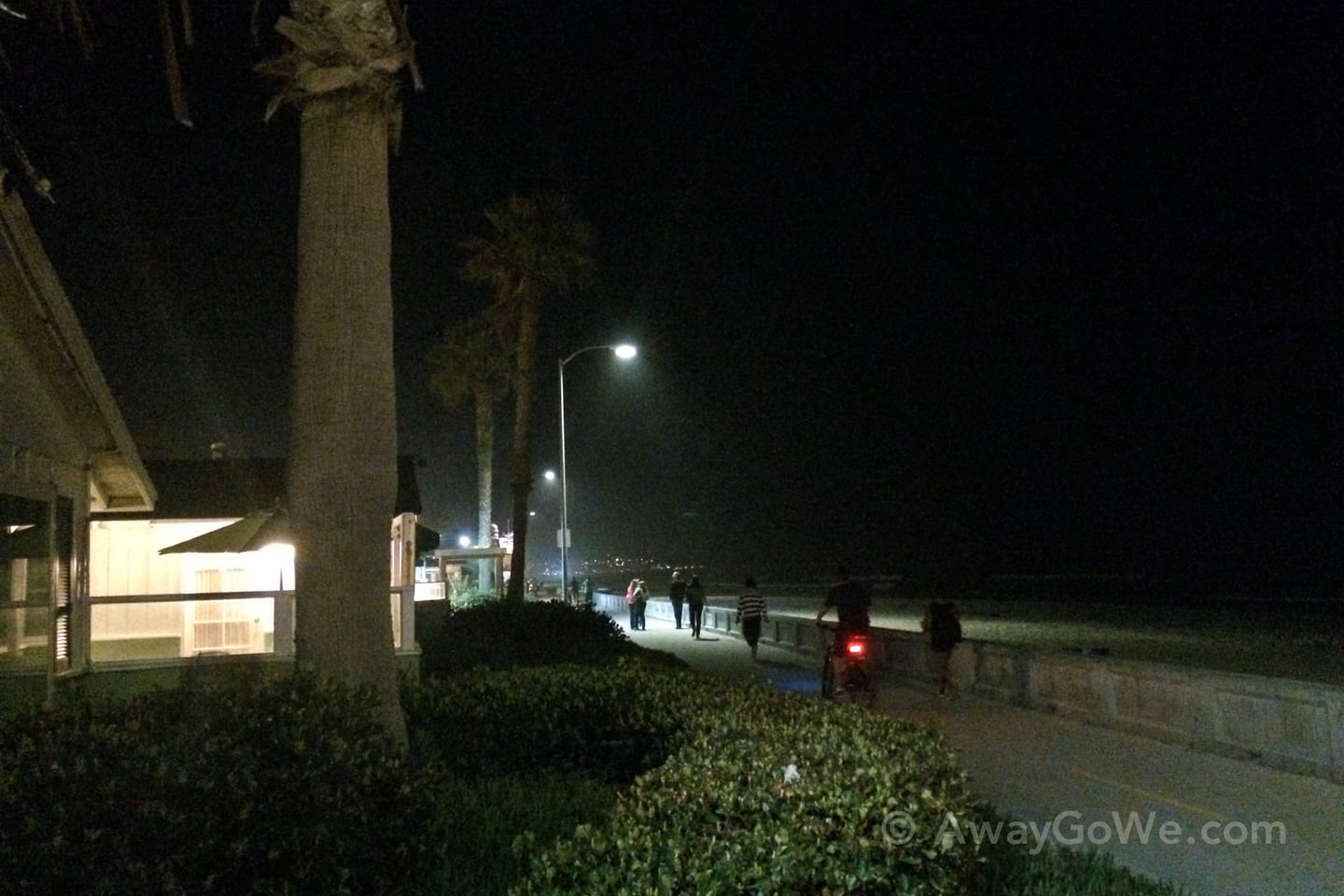 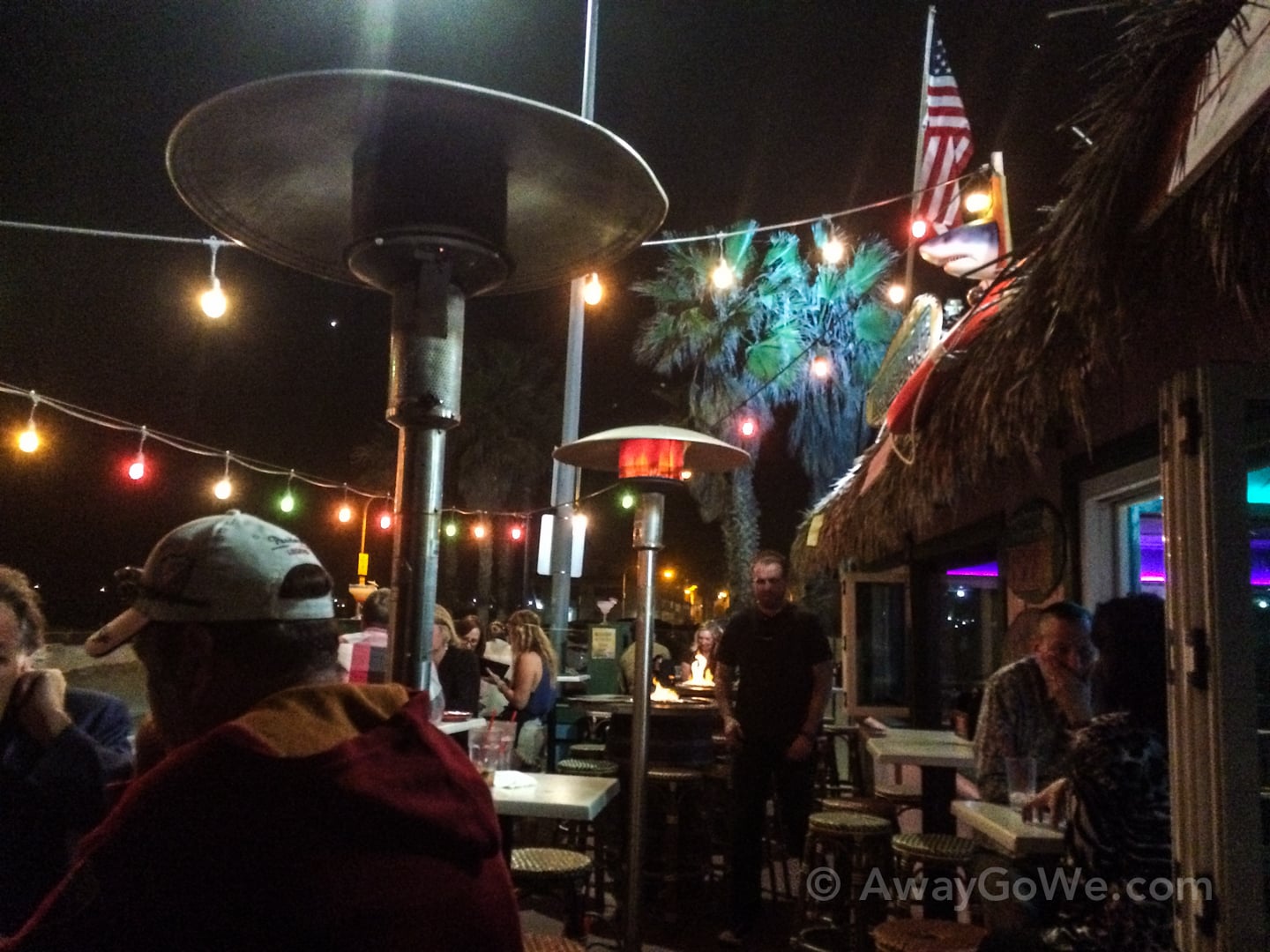 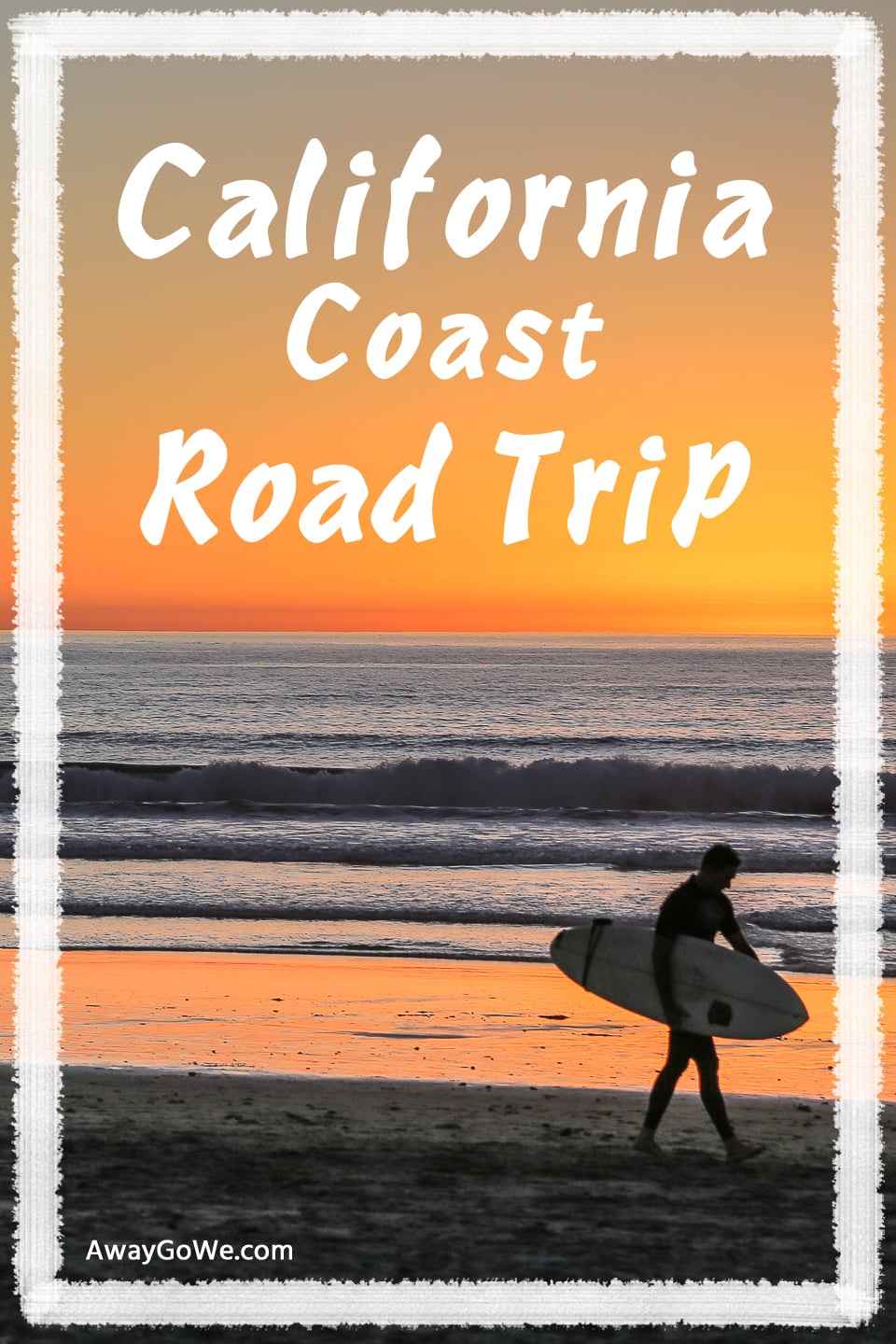