Following a relaxing evening strolling around Pismo Beach and listening to the waves crashing outside our room, we awoke to a brilliant sunrise and a very lazy beach town […] 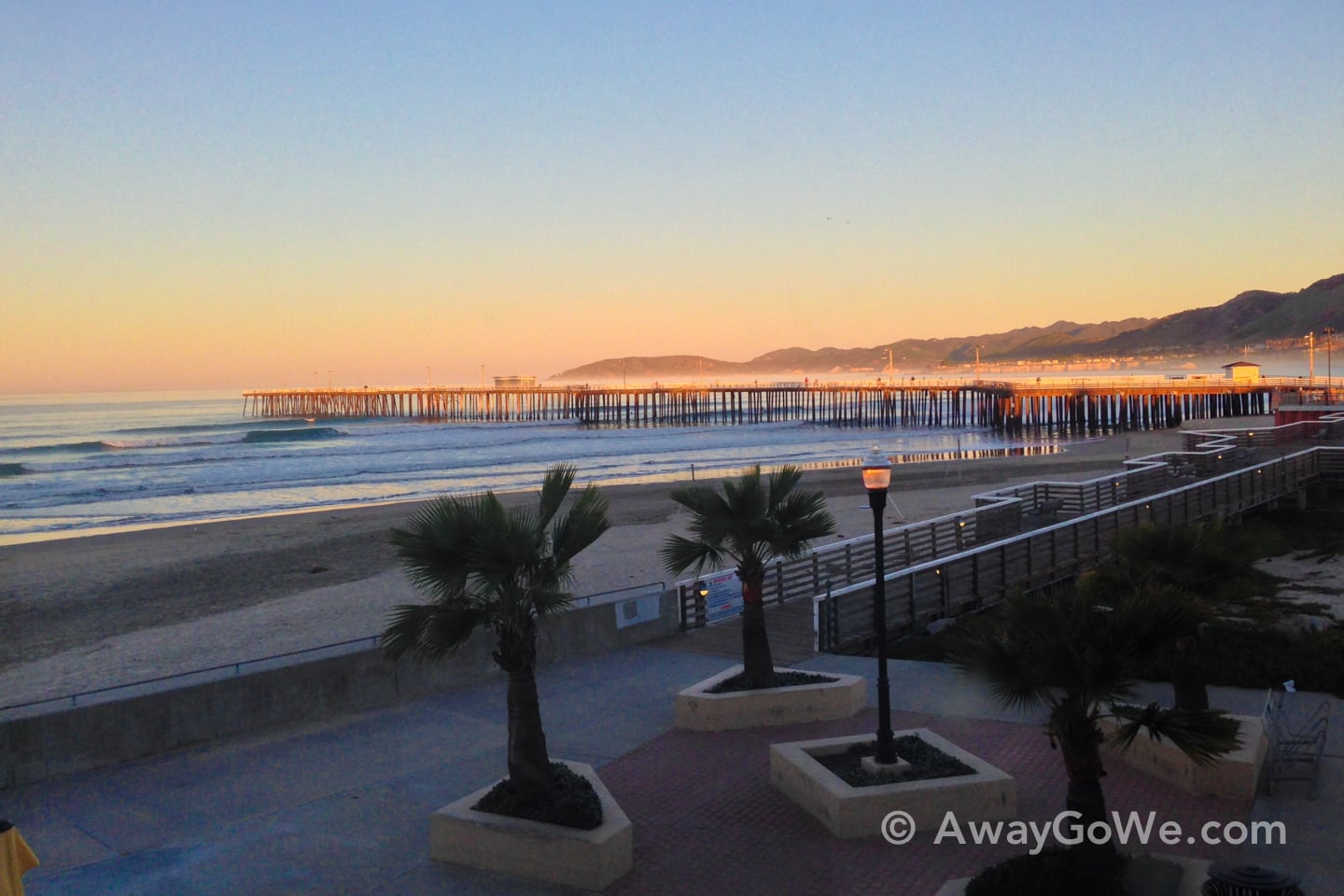 Following a relaxing evening strolling around Pismo Beach and listening to the waves crashing outside our room, we awoke to a brilliant sunrise and a very lazy beach town. 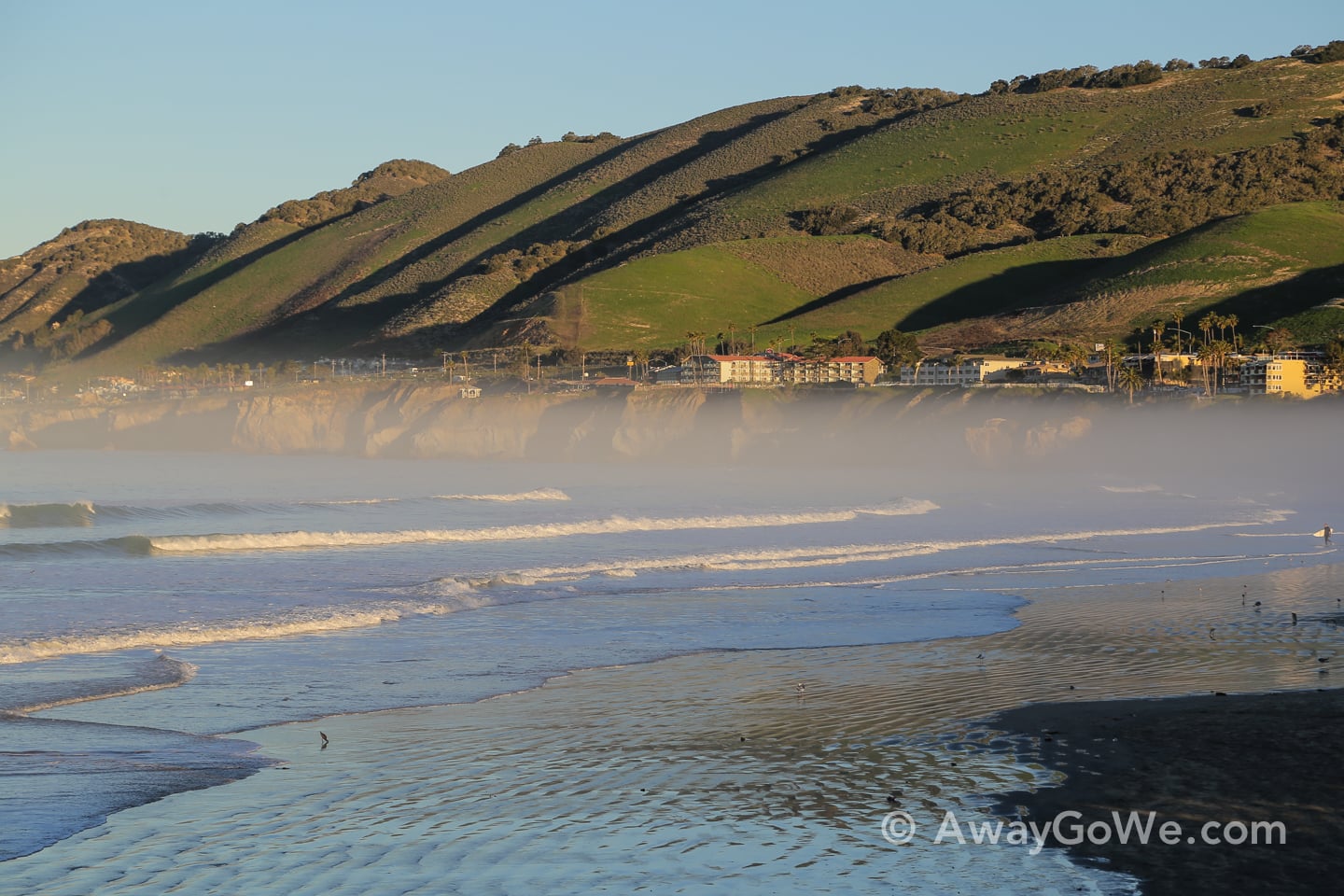 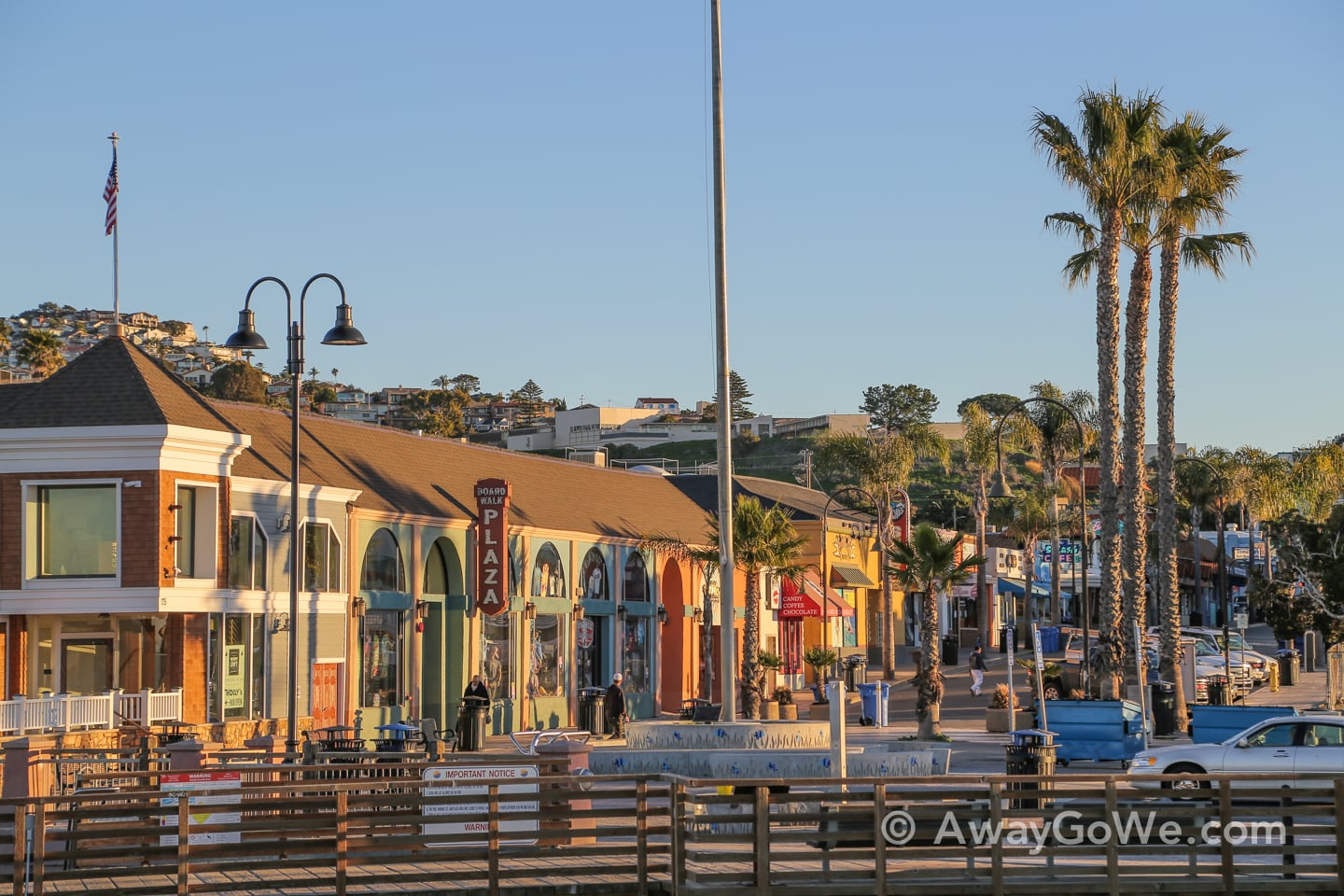 Pismo was surprisingly busy the night before, with the few restaurants and bars near the pier packed with people. That was a Sunday night. Monday morning in February, apparently, is a different story. 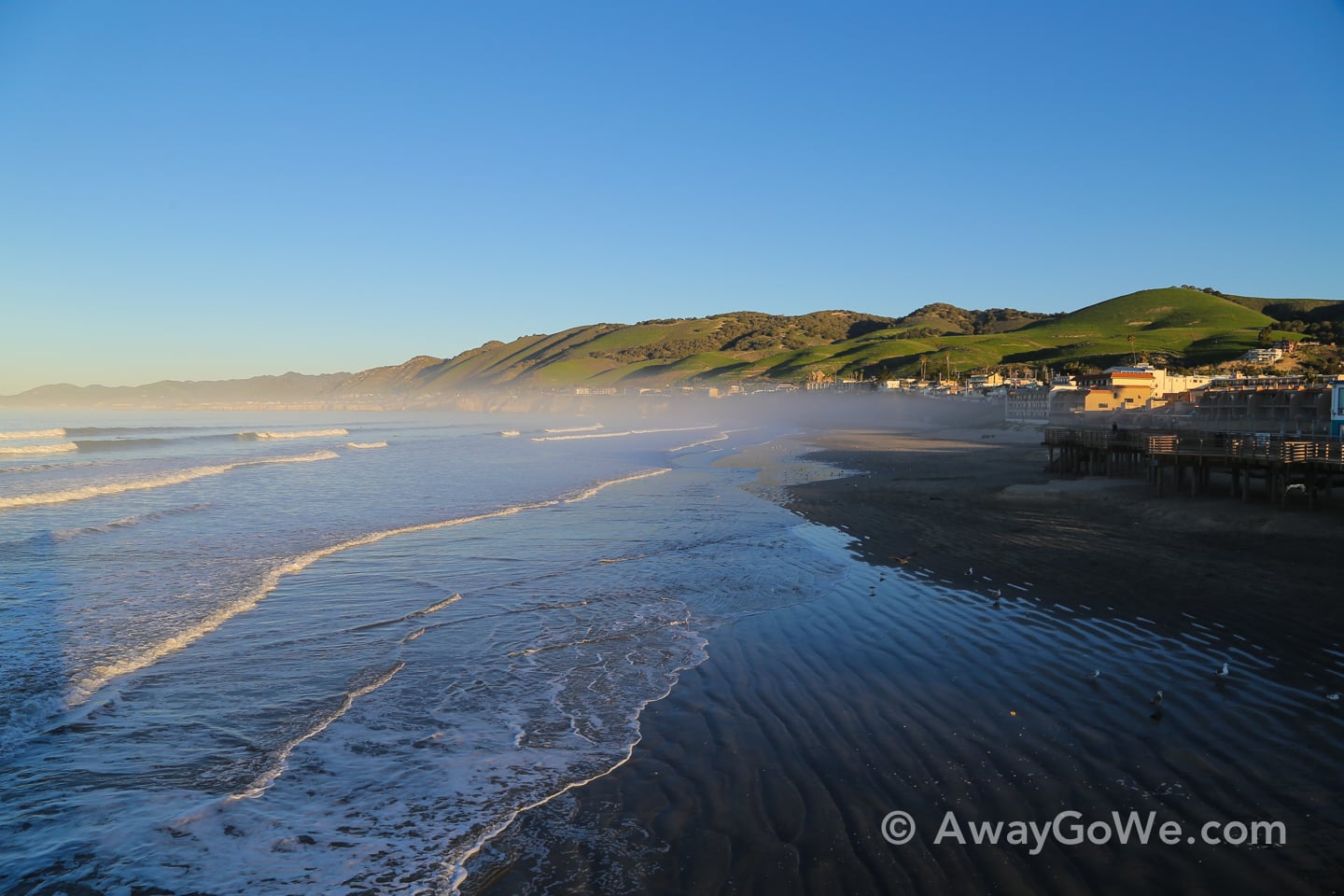 Sandcastle Inn ended up being a great value, with an awesome location, lots of amenities and one of the better complimentary breakfast buffets we’ve had in a while. 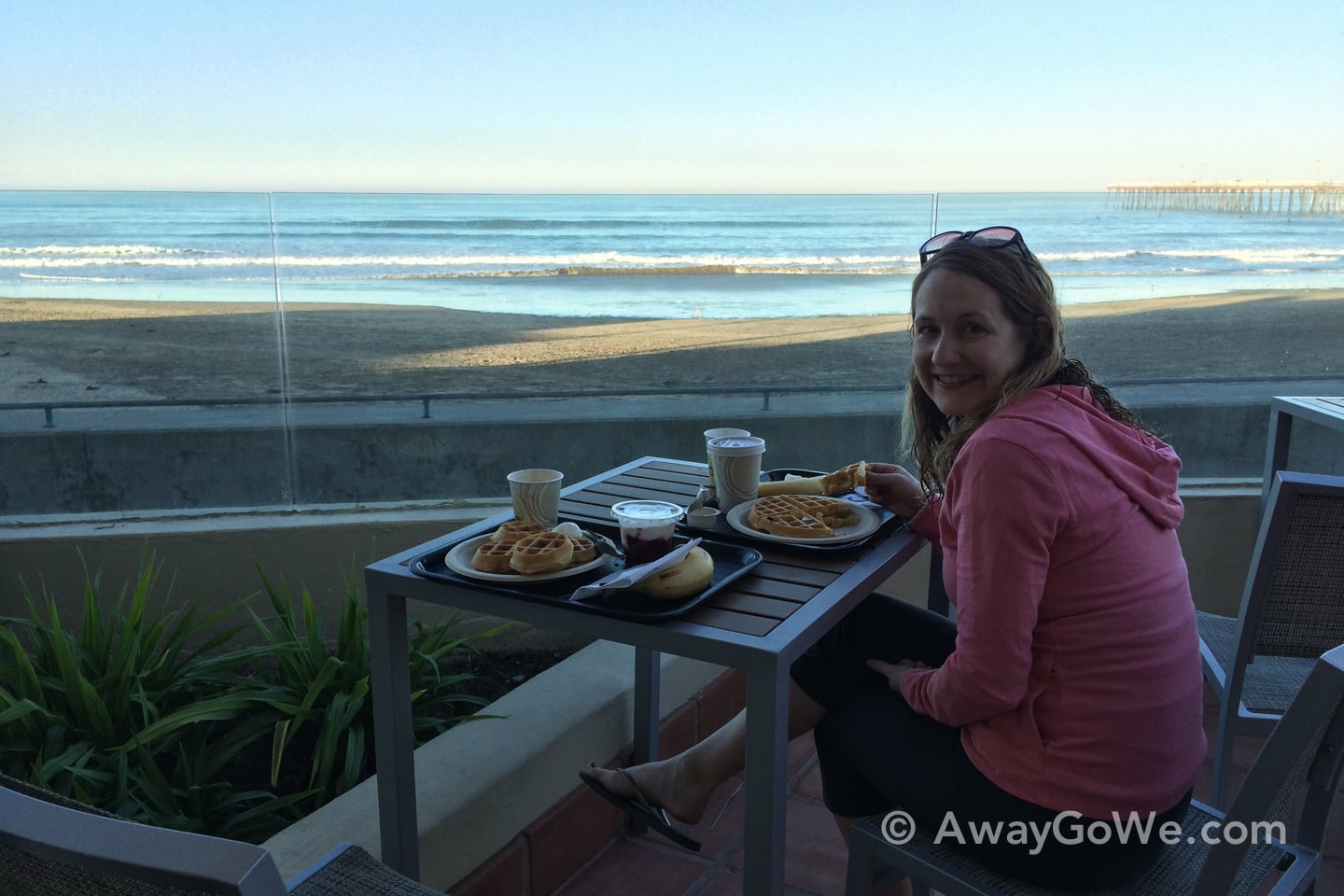 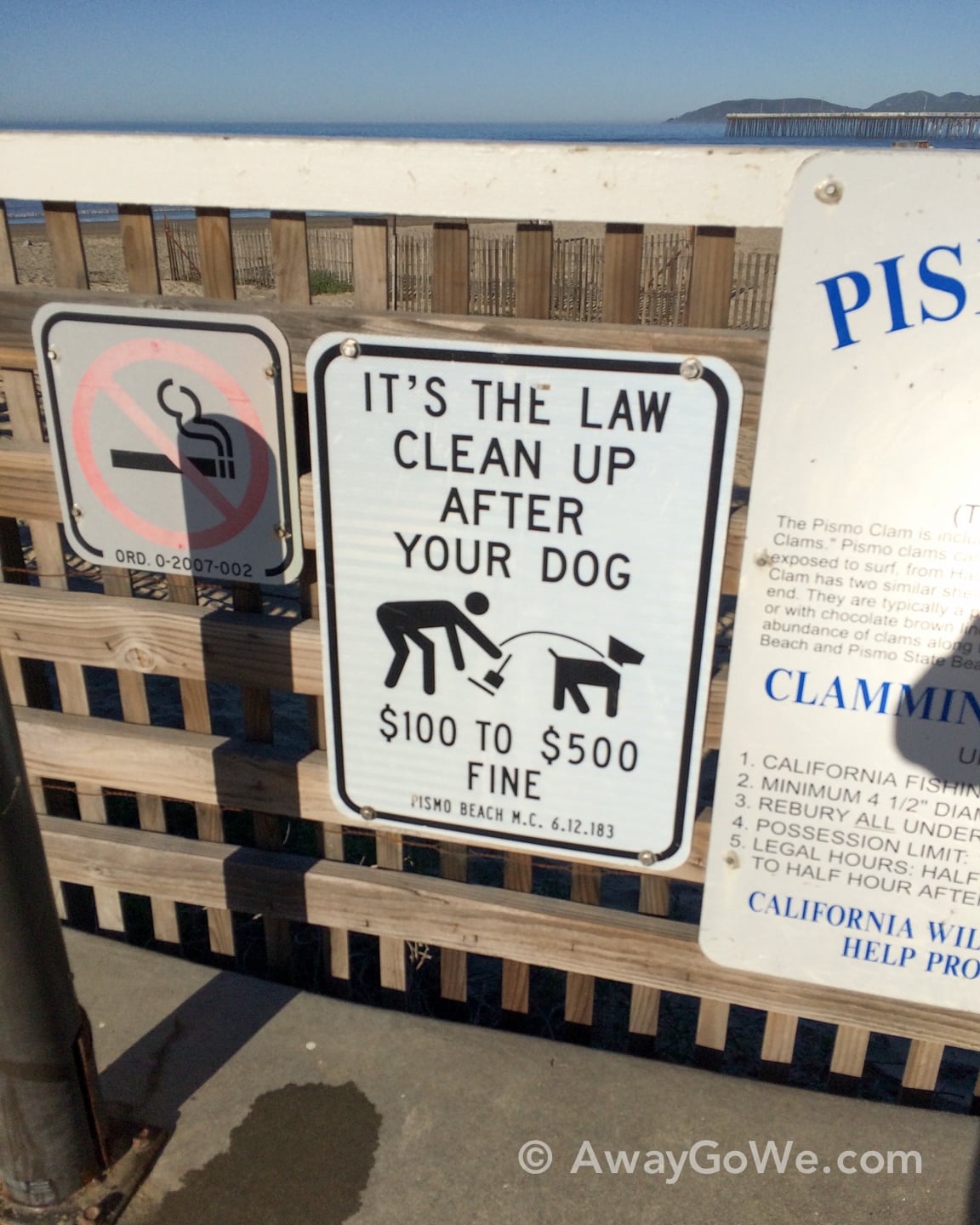 Lori got some postcard stamps while I got coffee next door. Wish stamp buying was this fun back in Portland! 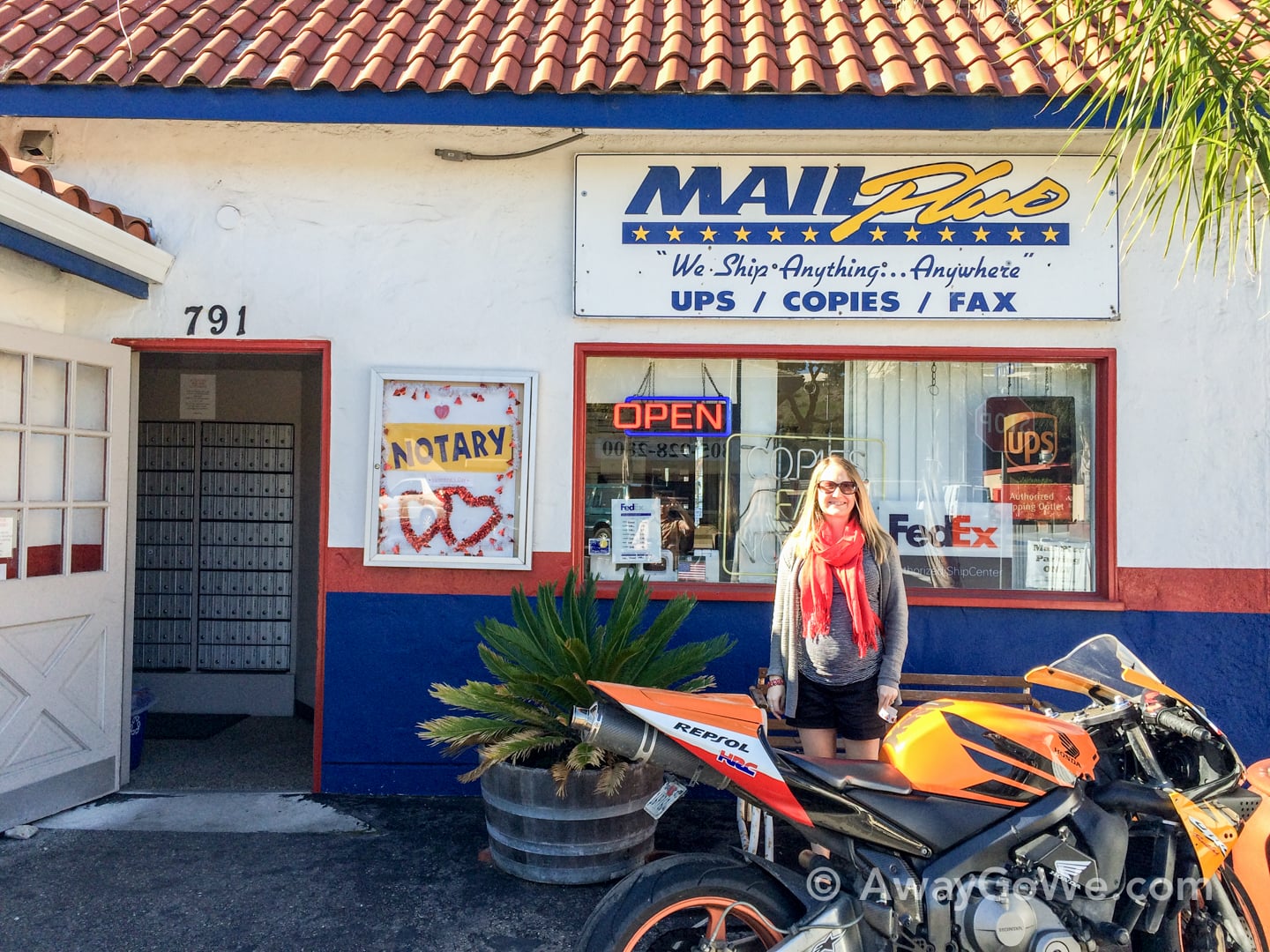 You know you’re in California when you start seeing Rabobanks everywhere (or Rob-a-bank, as my aunt and uncle lovingly refer to it). Not a great name for a bank, I suppose. I think it’s a Dutch brand, so I’m thinking [hoping] it was a lost-in-translation sort of thing…or not. 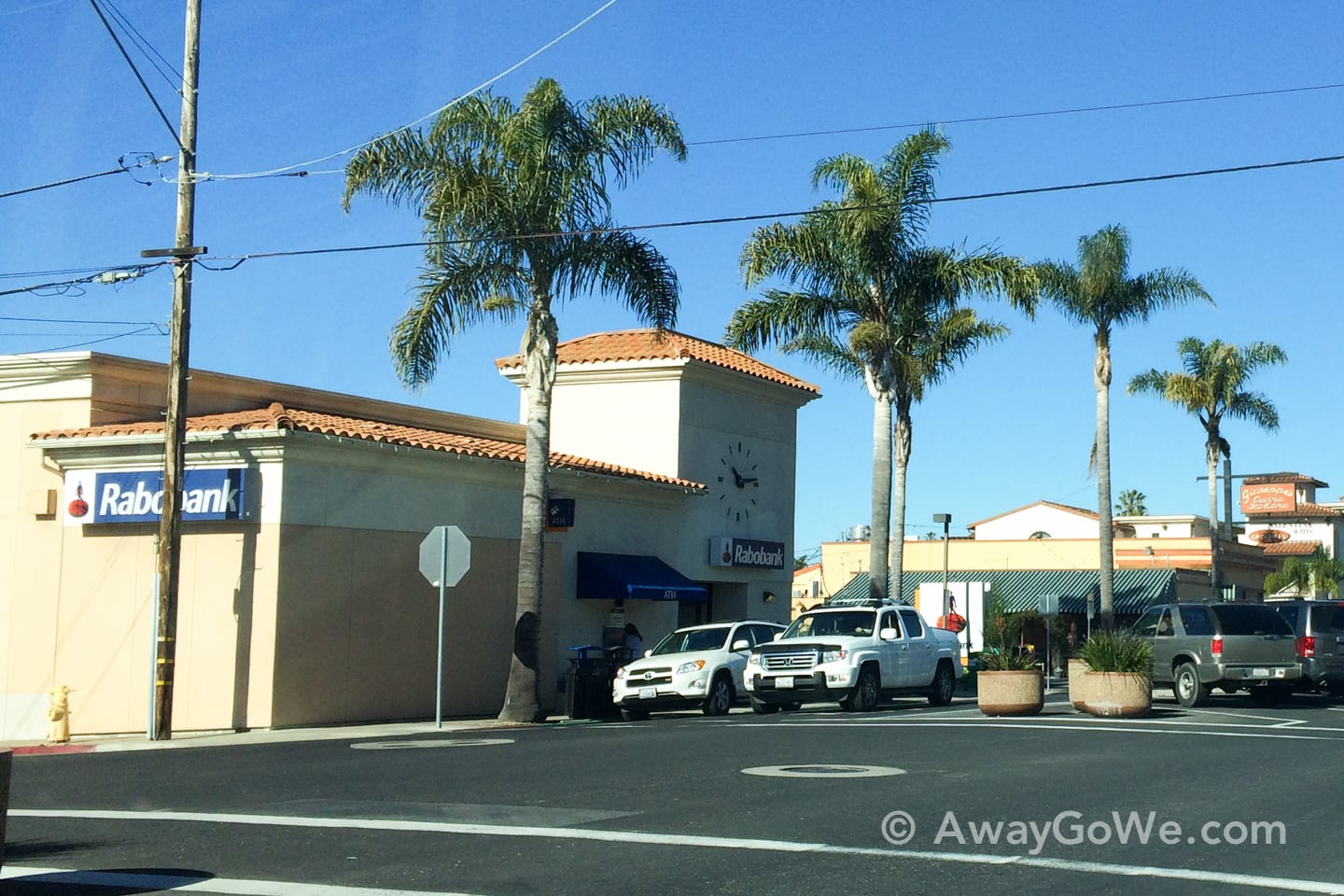 It’s Monarch butterfly season on the Central Coast, so what visit to Pismo in February would be complete without a a stop at the Pismo State Beach Butterfly Grove!? 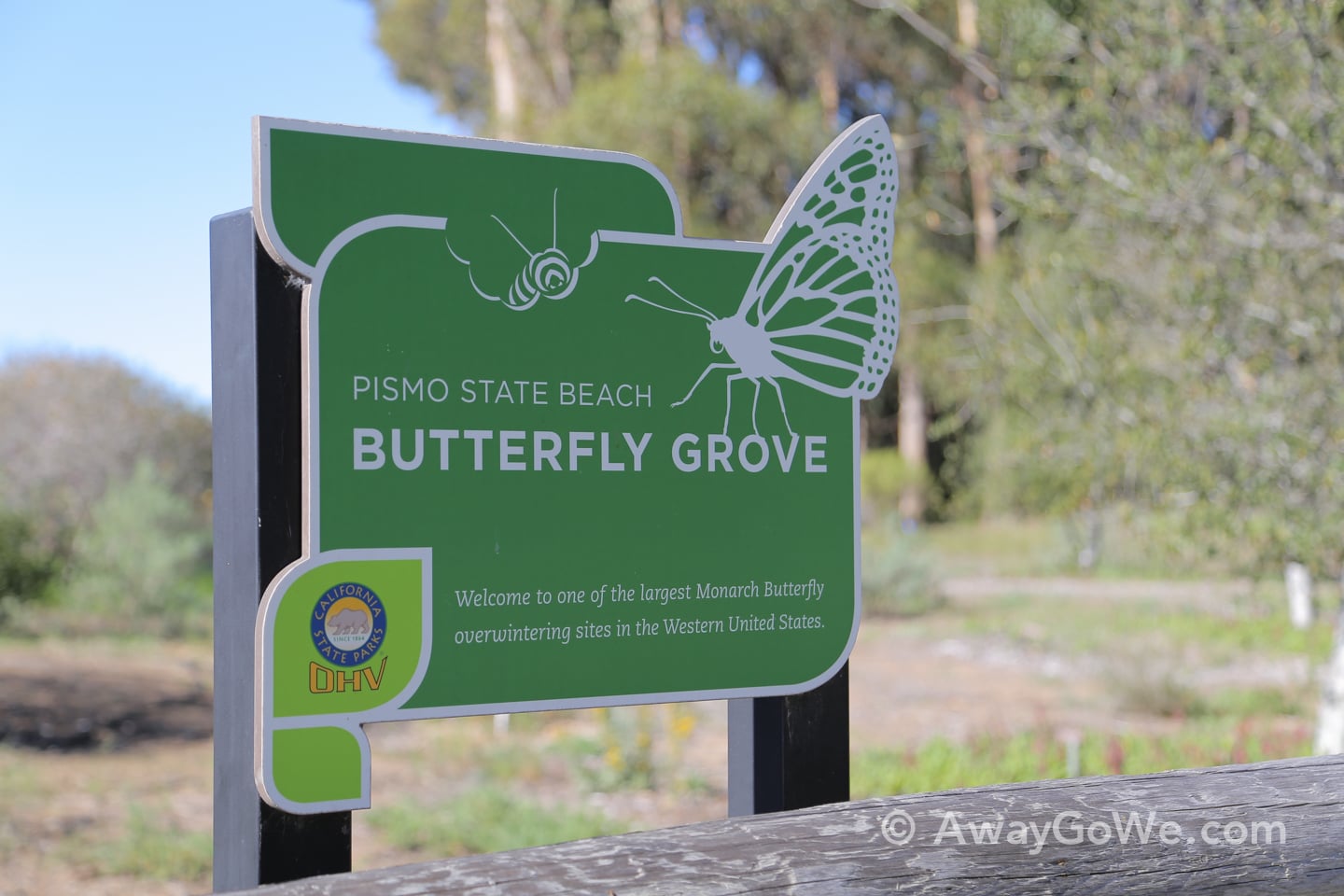 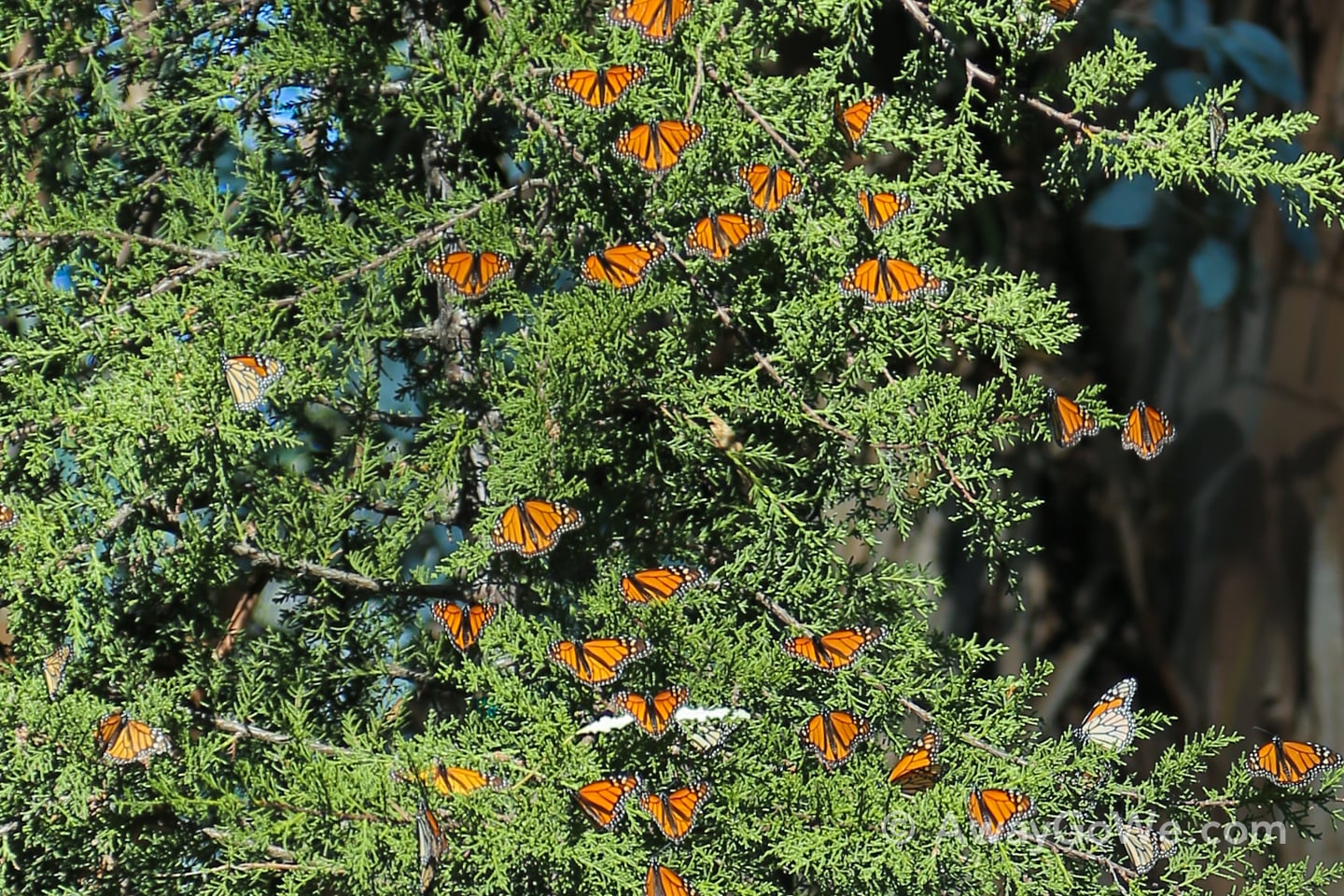 And so many kids at the Butterfly Grove. We thought that on a random Monday in February that, you know, most kids might be in school or something. After seeing kids everywhere, it started to get weird. I’m not sure how many times we checked our calendars, even though we knew full well that it wasn’t President’s Day for another week. We checked the interwebs, but no help. We went to the beach. So many kids! We made up all sorts of hypotheses for this phenomenon. As we made our way down the coast we passed one, then two, then three schools, completely vacant. Finally, on the third school, some one had the decency for all of us totally out of the loop to post a sign that simply read: “No School Monday.” Well, ok. No school today. The Monday before President’s Day. Don’t get it exactly, but mystery solved. 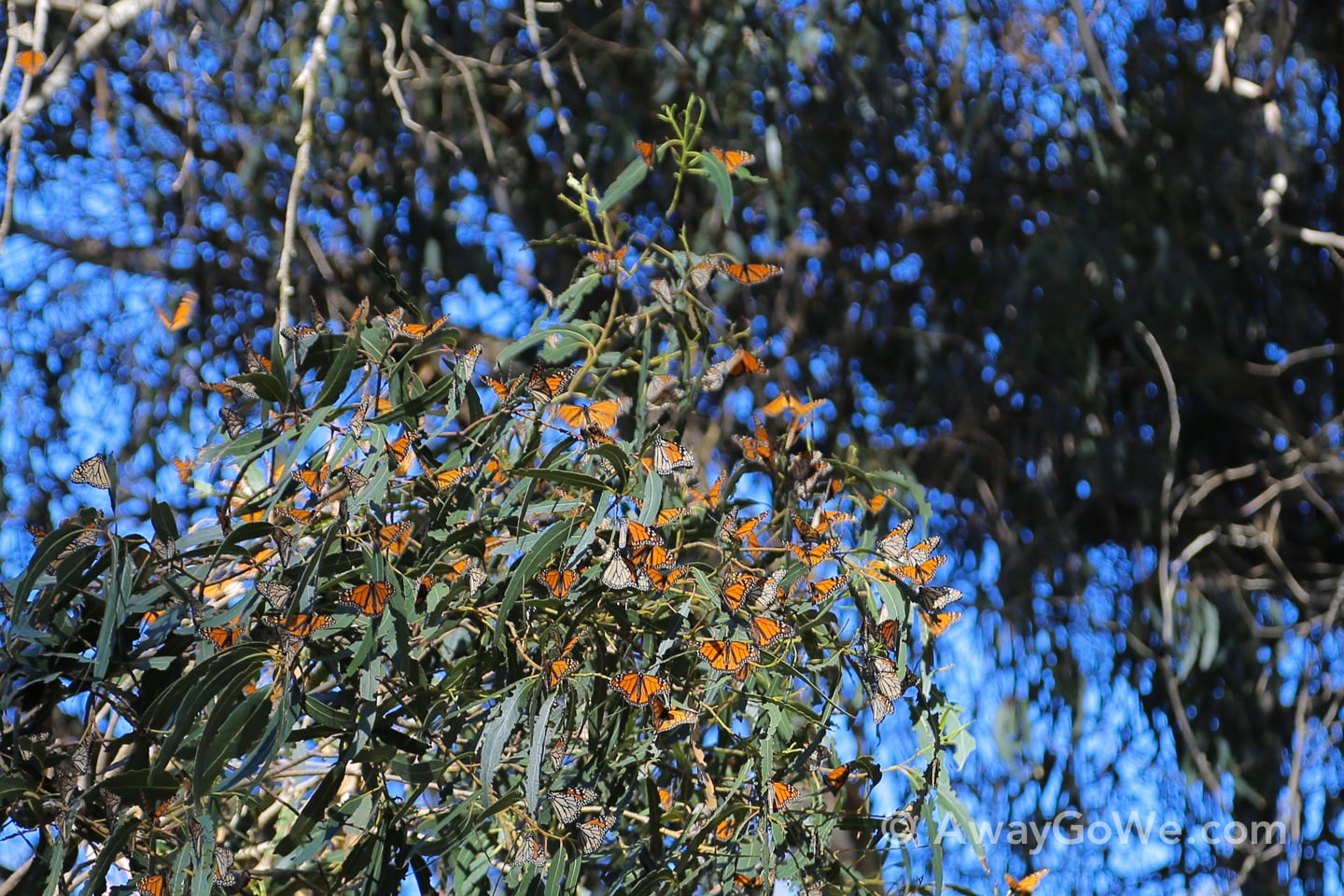 As for the butterflies, well, each year Pismo Beach receives thousands of Monarch butterflies. From October to February, they migrate south to Central Coast California to escape the freezing northern winters. They love Eucalyptus trees. The colony that visits Pismo is one of the largest in the U.S., numbering around 25,000. The Monarchs that migrate to Pismo are very unique due to their extra long life span of six months versus just six weeks of common Monarchs. Still, this means that those Monarchs that fly back north in March will never return. 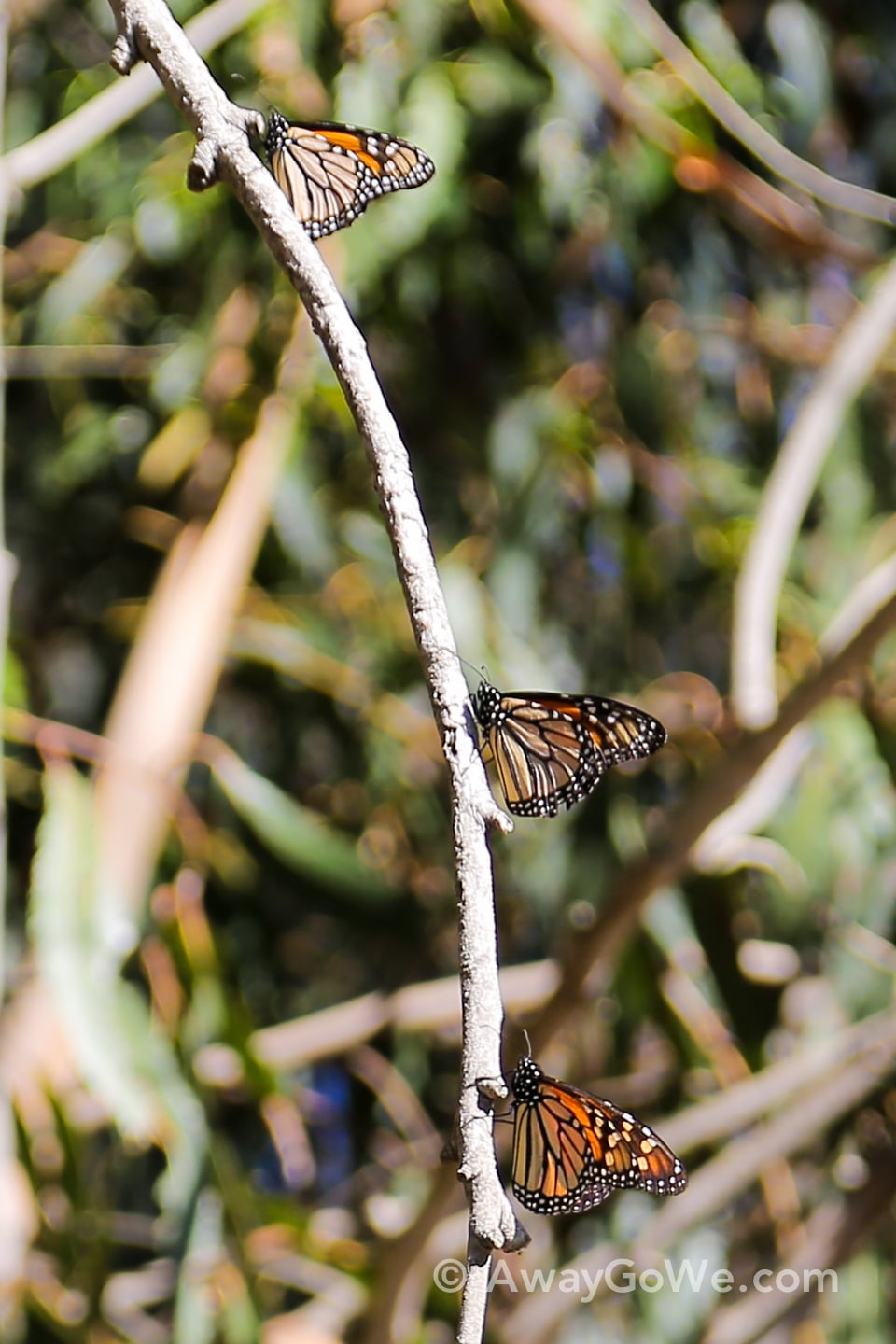 And then this happened. We were on our way to Guadalupe-Nipomo Dunes — the second largest remaining dune system in the U.S. — and we ended up in Mexico! 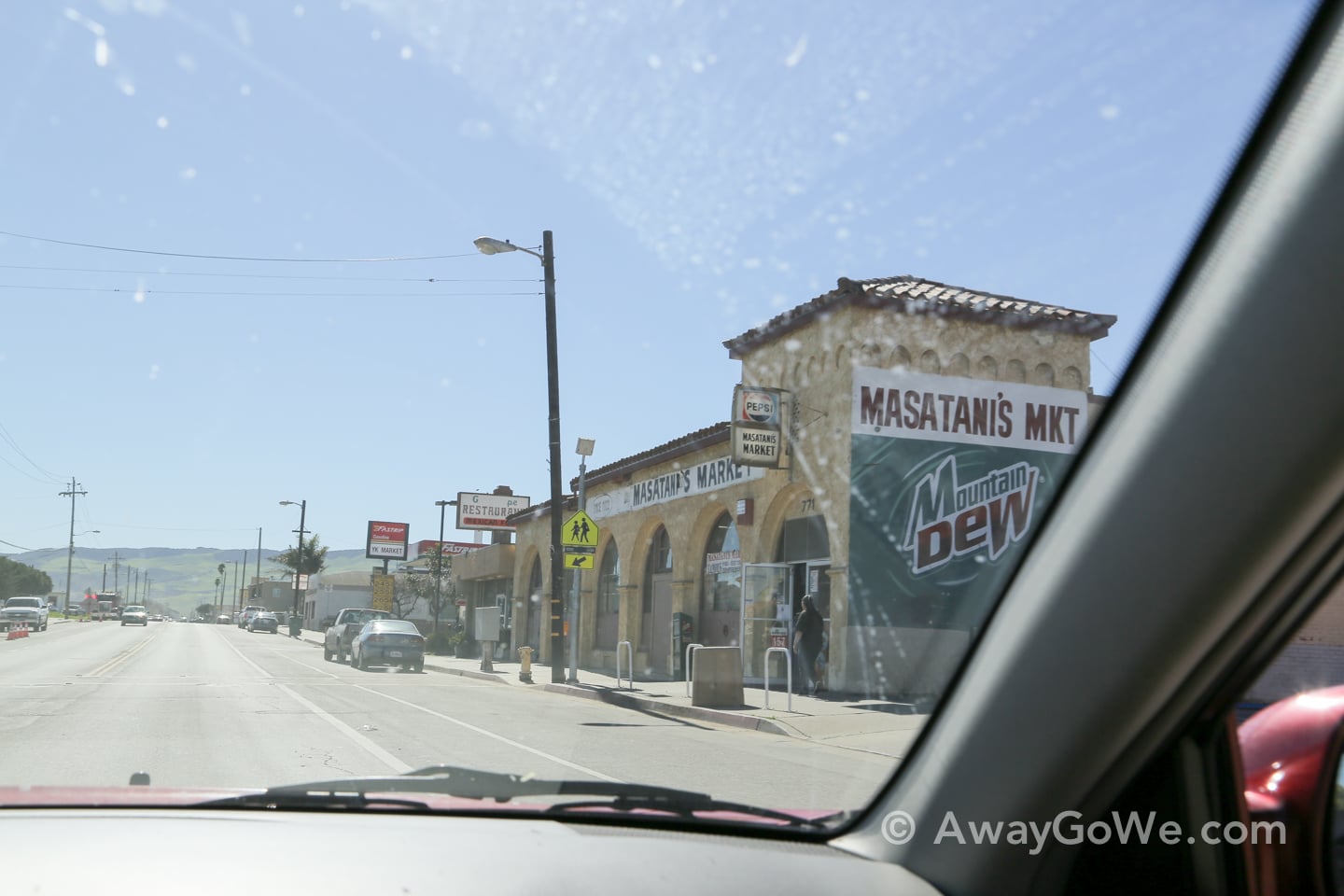 Well, not exactly. But the town of Guadalupe, a few miles inland from the dunes, made us recheck our map just to make sure. The mercados, the restaurantes, the surrounding scenery, the residents themselves, all struck us so much that we turned around and made another pass through town. These towns are probably a dime a dozen in California, but not generally on well-worn tourist paths. If anything, it really made us miss Mexico. But we had dunes to see, so Mexico would have to wait. For now. 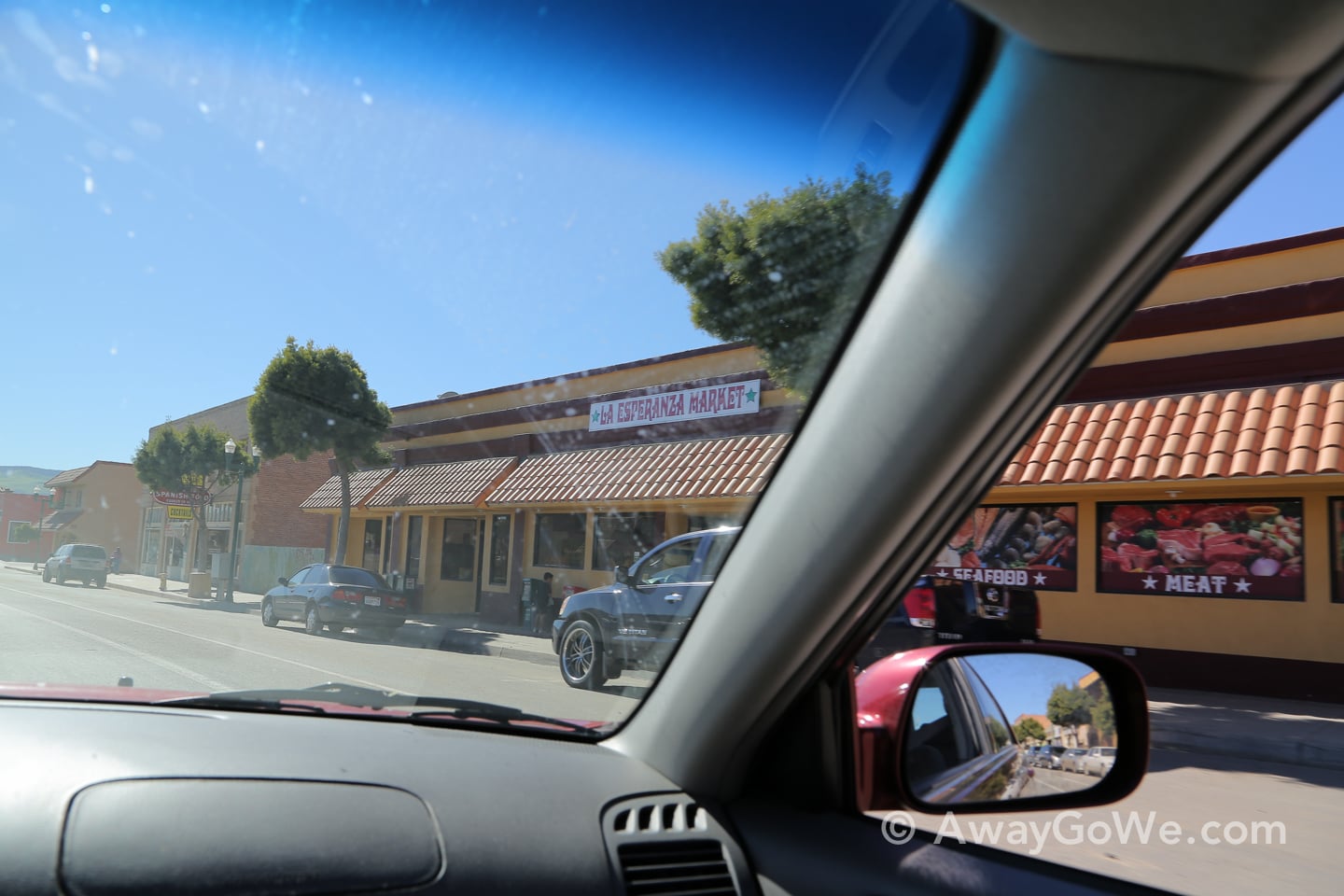 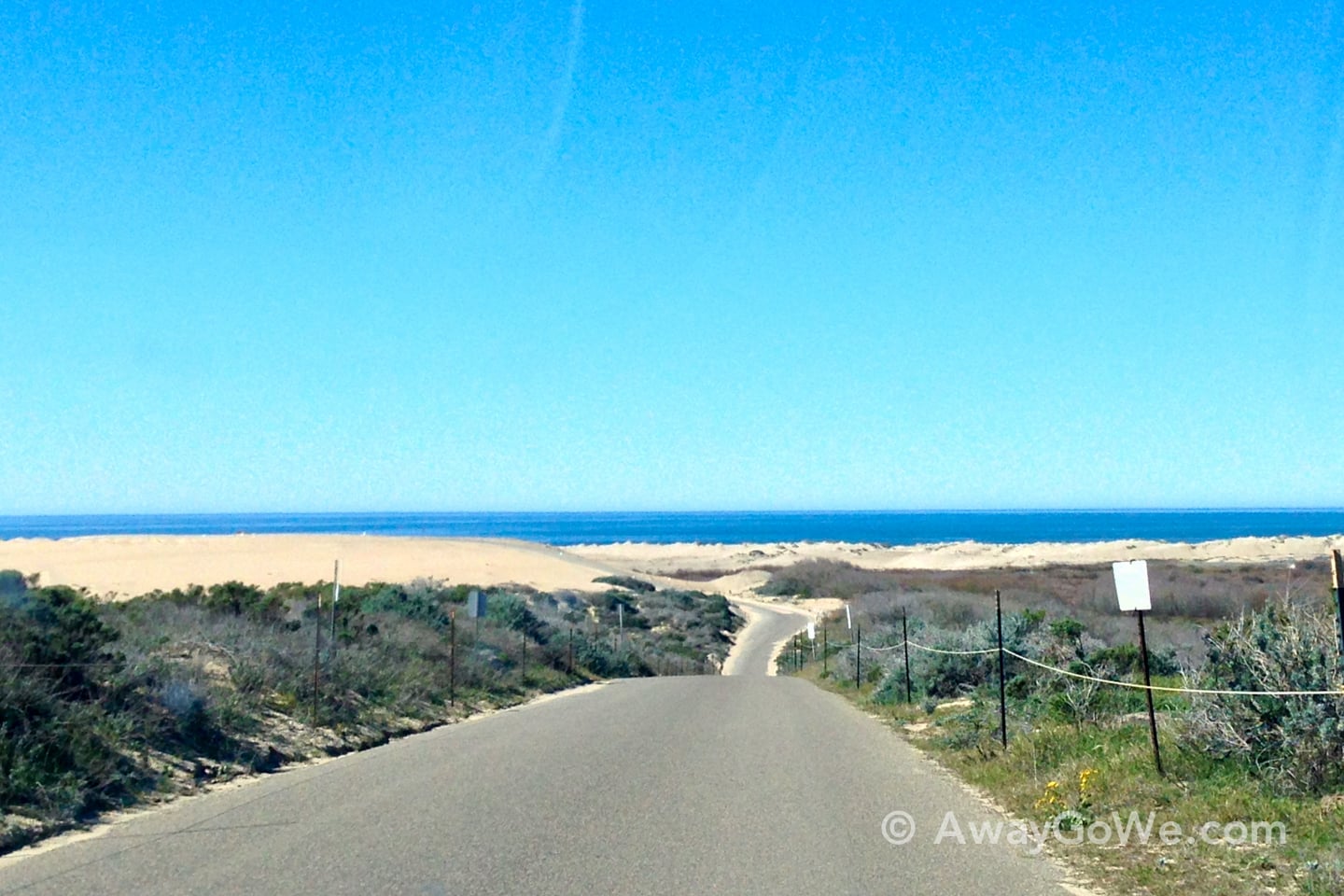 So this Guadalupe-Nipomo Dunes is pretty big. It covers 18 miles of coastline south of Pismo Beach. It’s pretty crazy to think that California still has 18 miles of uninhabited and undeveloped coastline, but indeed it does, thanks to its status as a National Natural Landmark. Its a unique dunes system home to many endangered and threatened species of animals and plants. To further help protect the bulk of the dunes, a small portion was set aside for ATV recreational use. 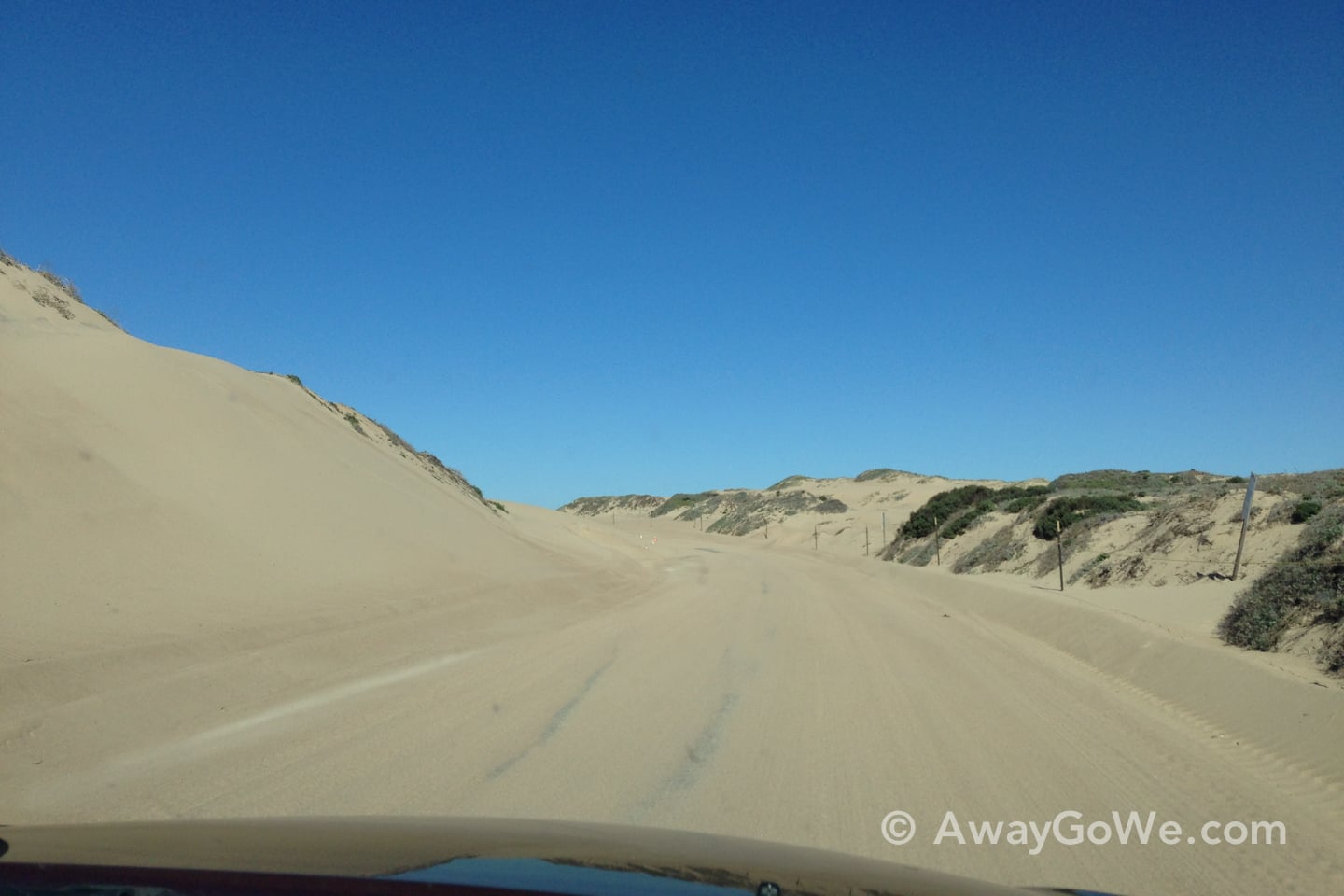 The road to the beach leaves no doubt that Mother Nature runs things around here. 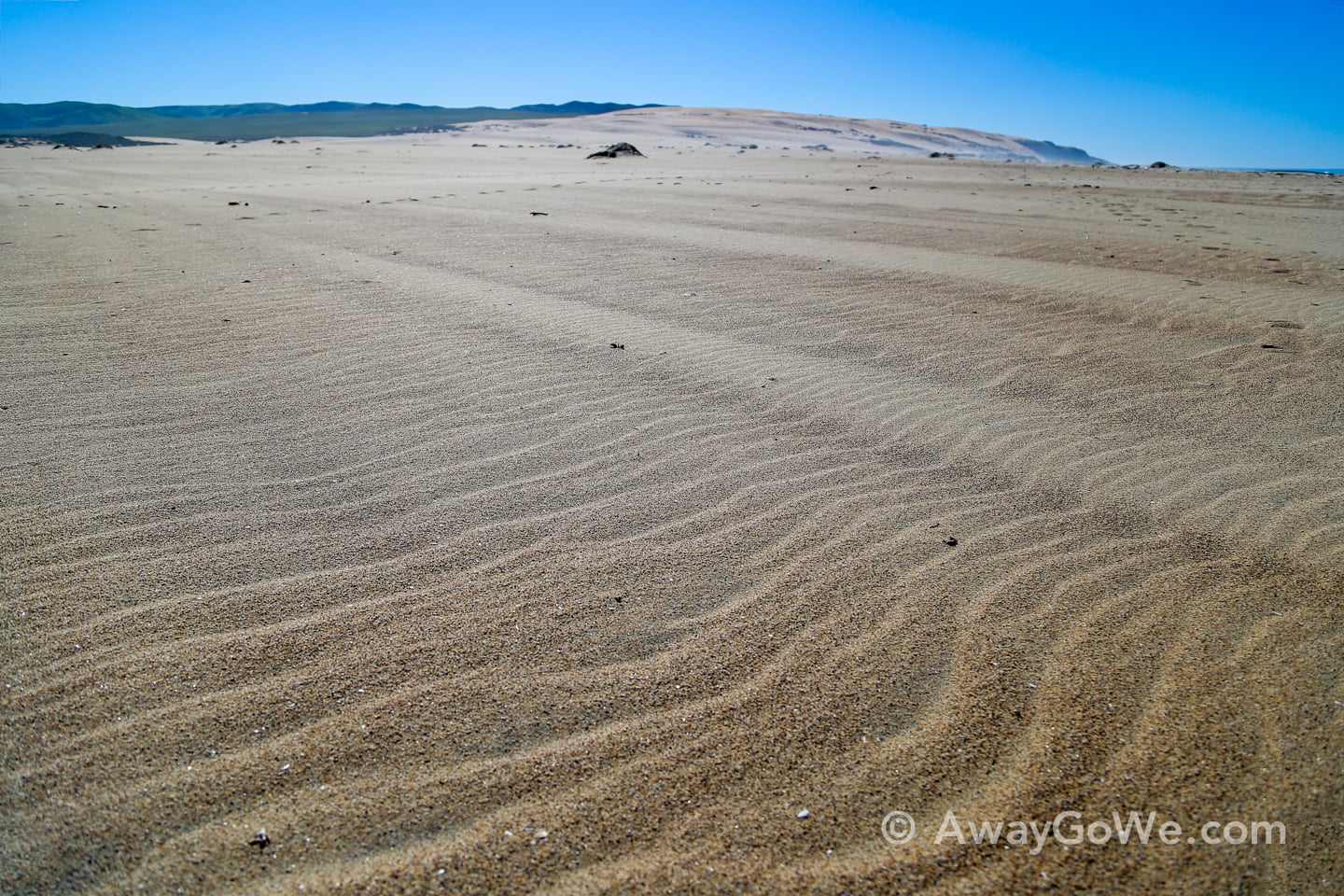 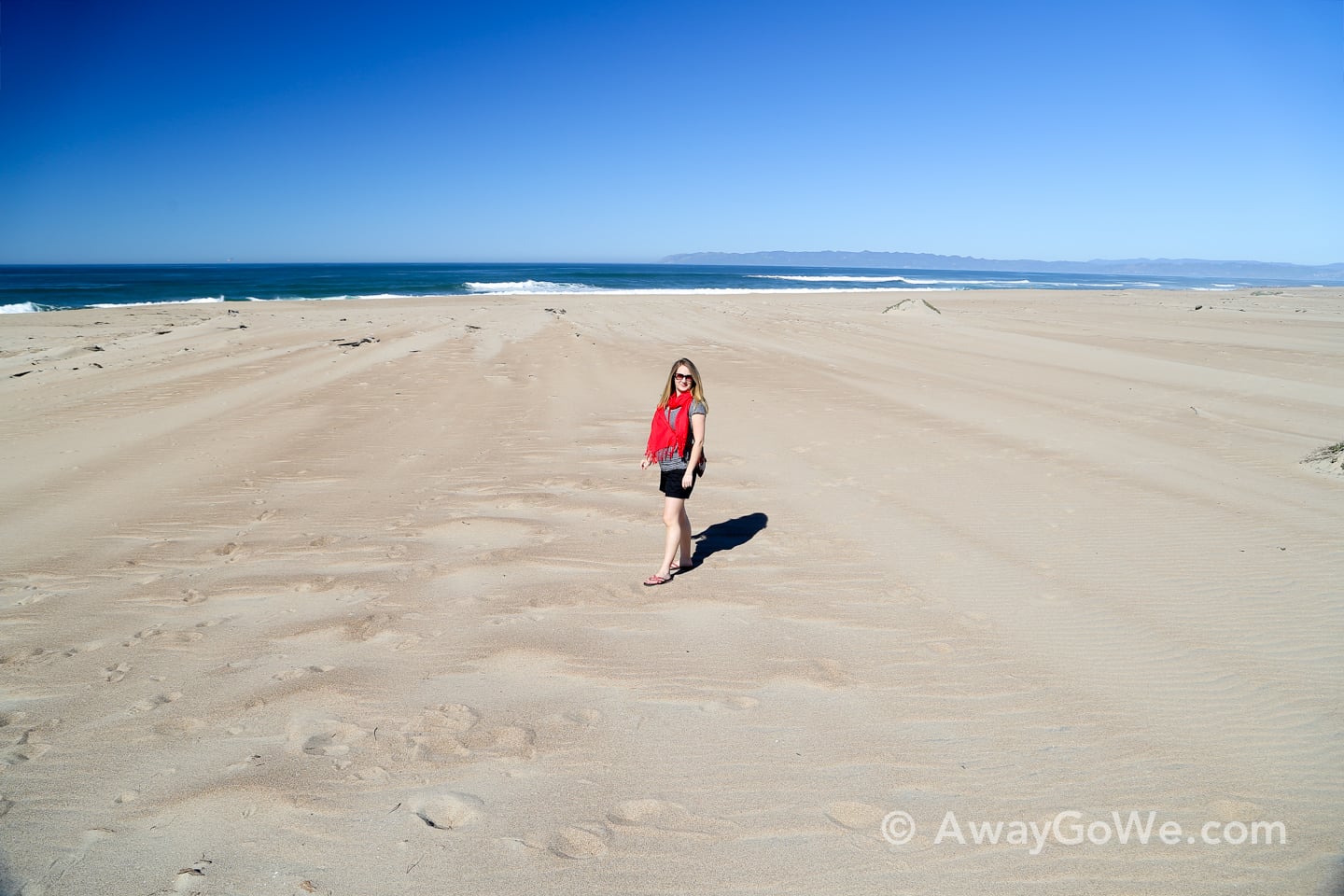 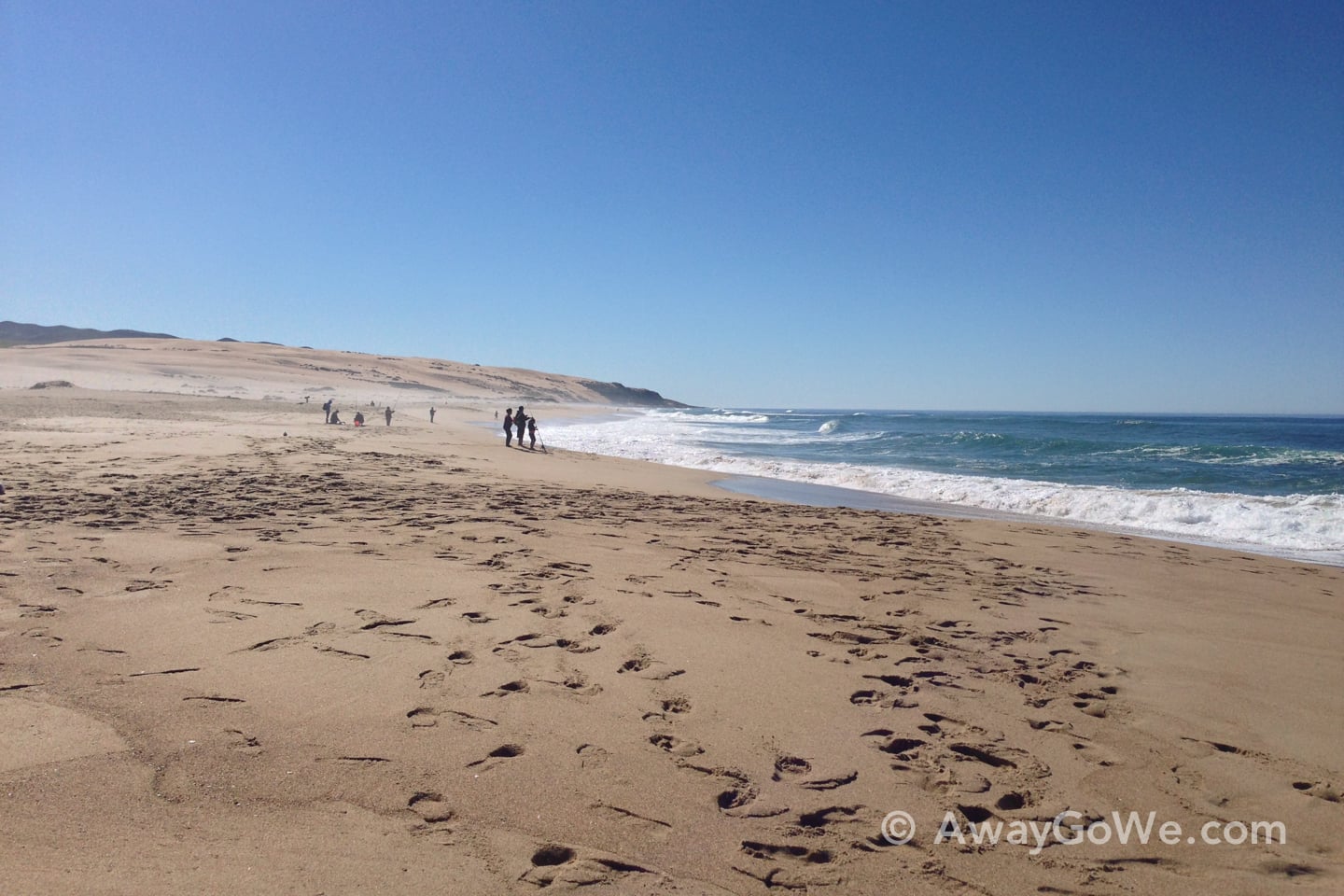 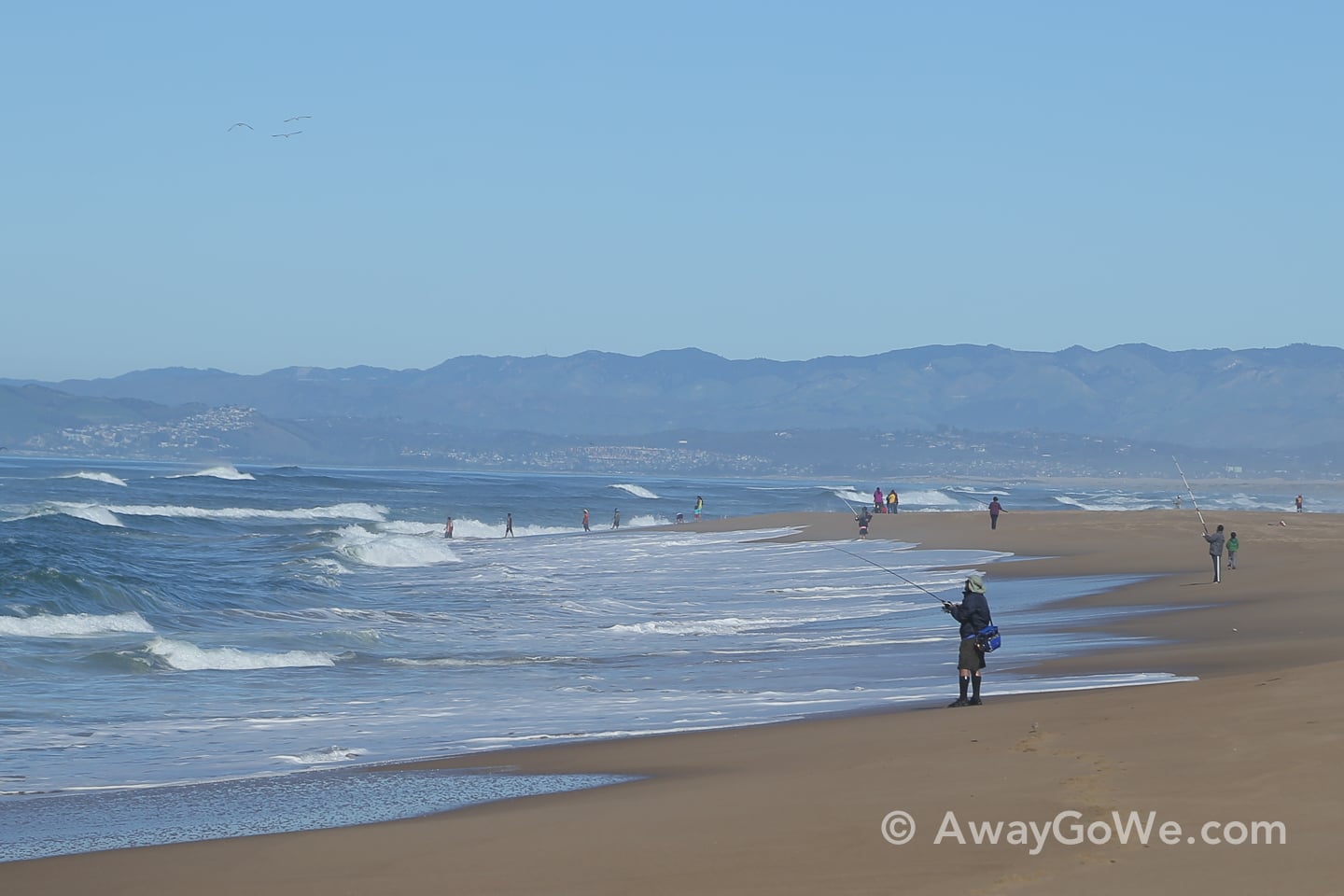 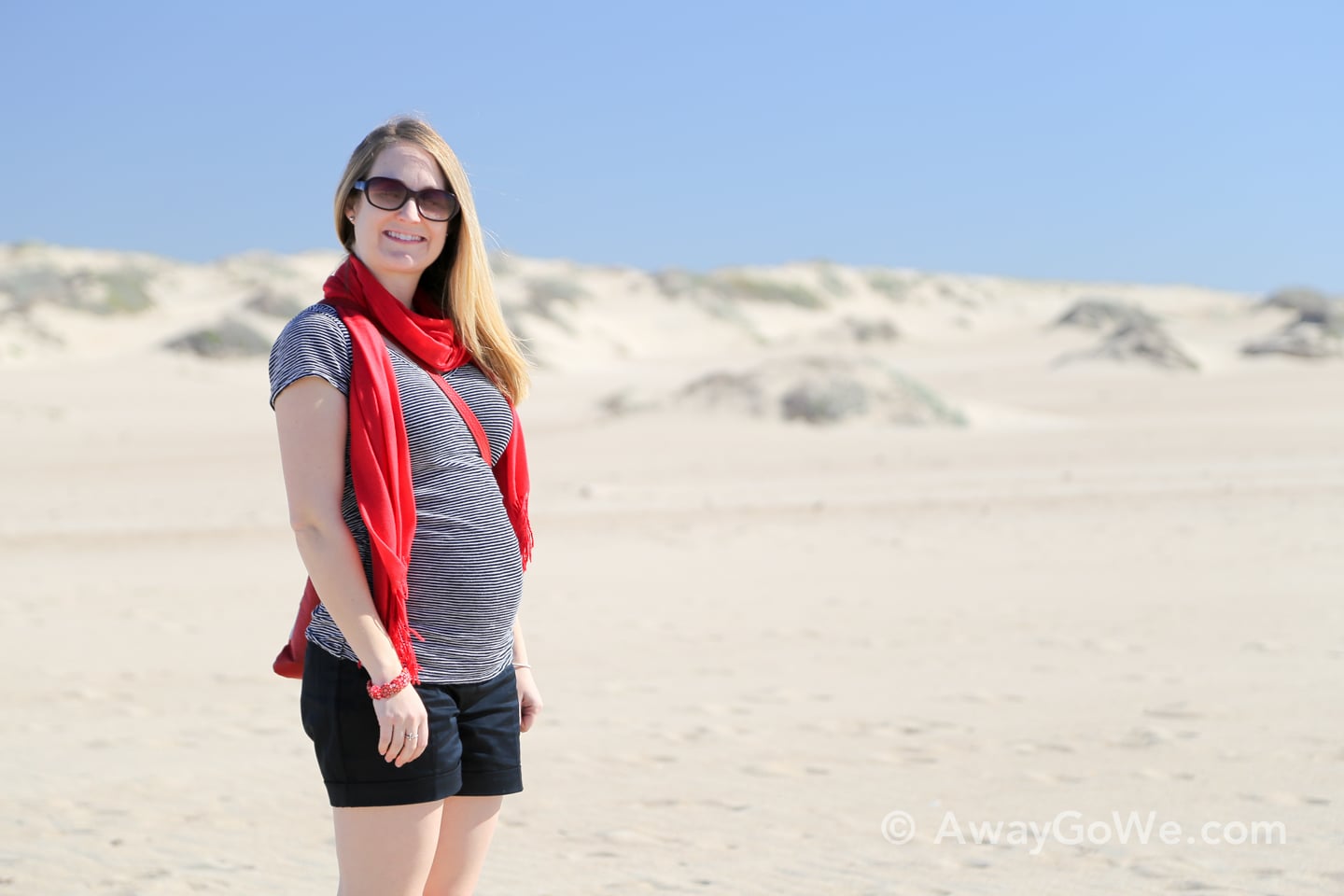 Lori catches me in the act. Of what act, I have no idea. 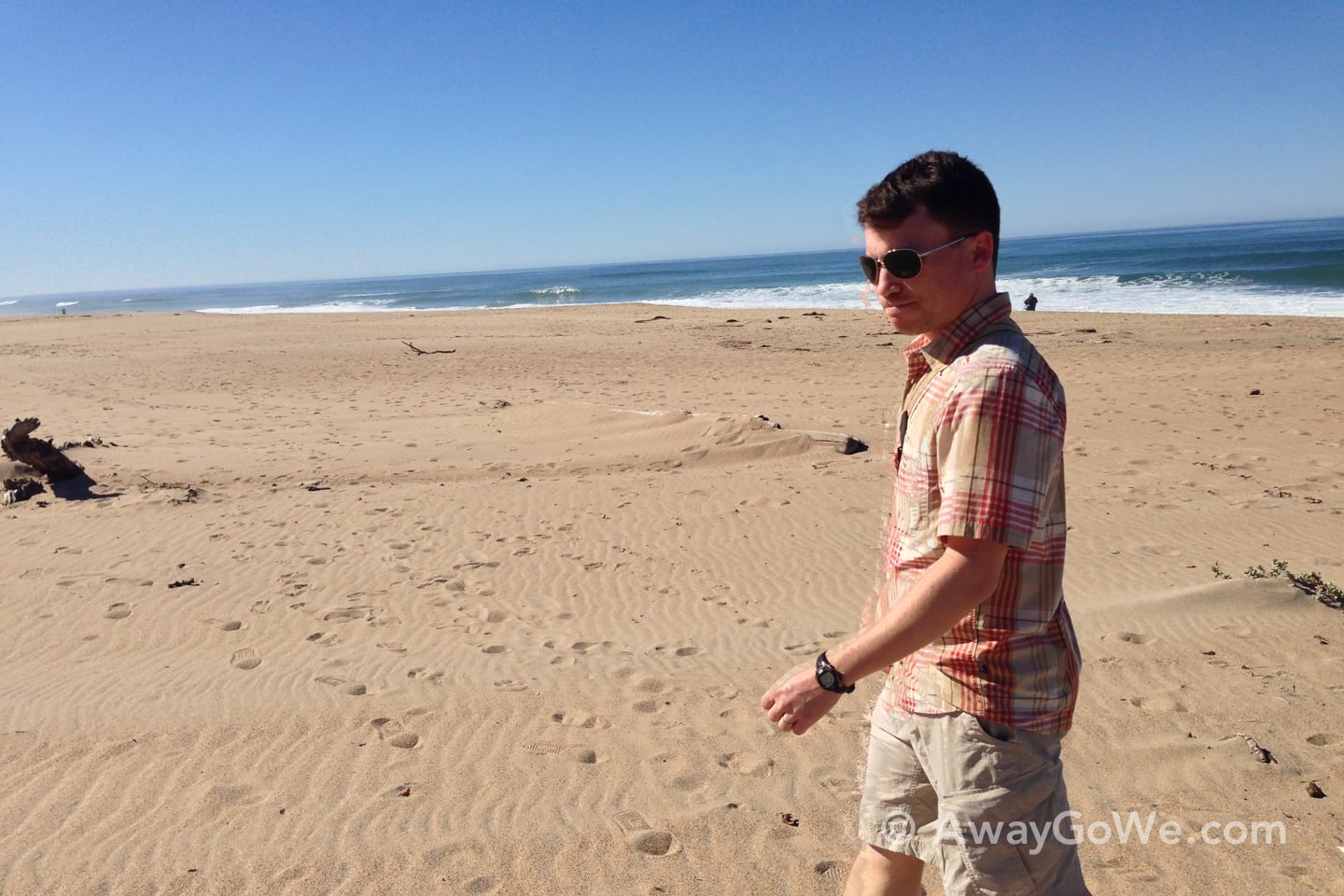 Two dudes catching a wave at the Dune. The waves were forecast to be mega rad, and a bit gnarly, by midweek due to unusually high surf, so I’m sure surfers were quite stoked about that. 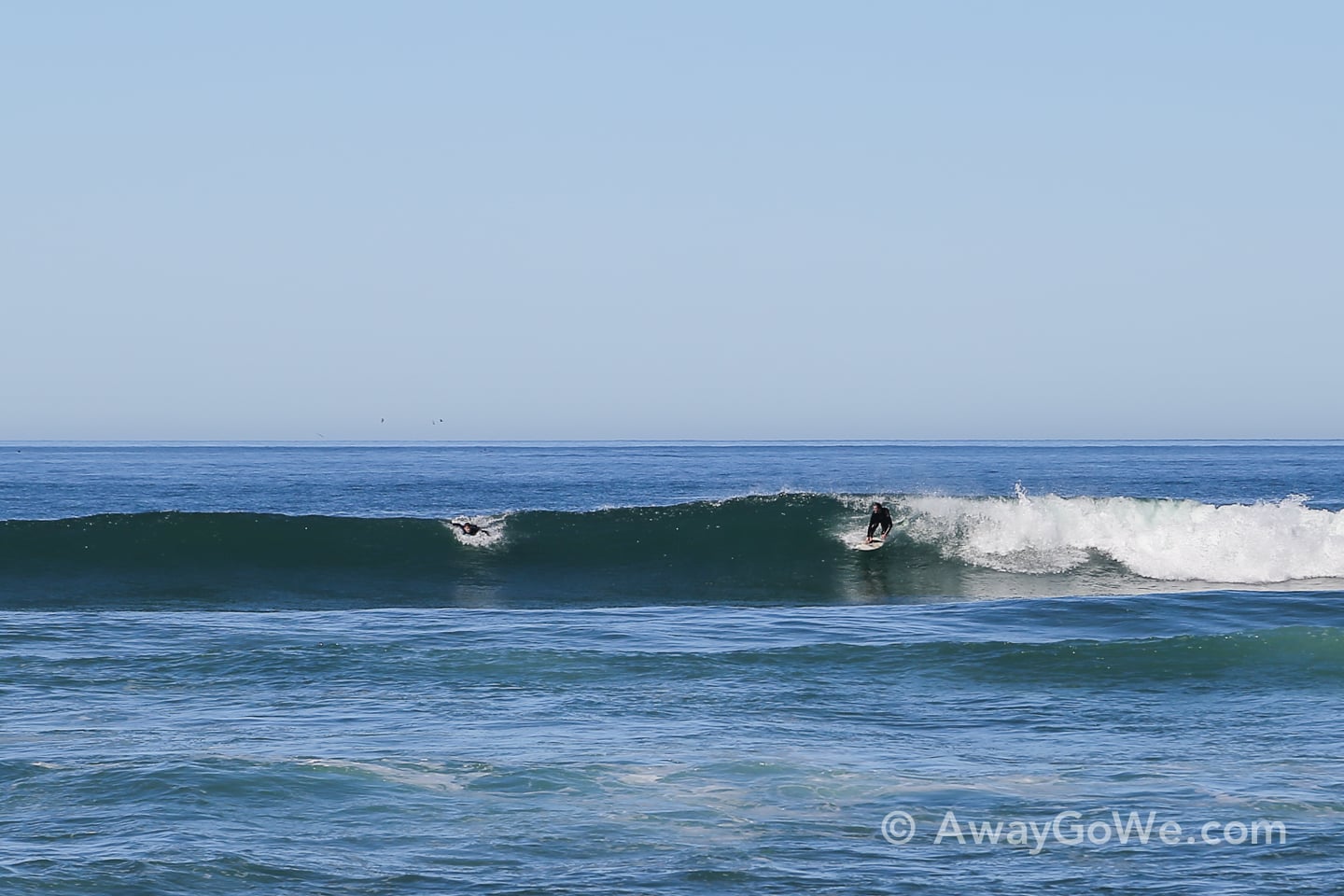 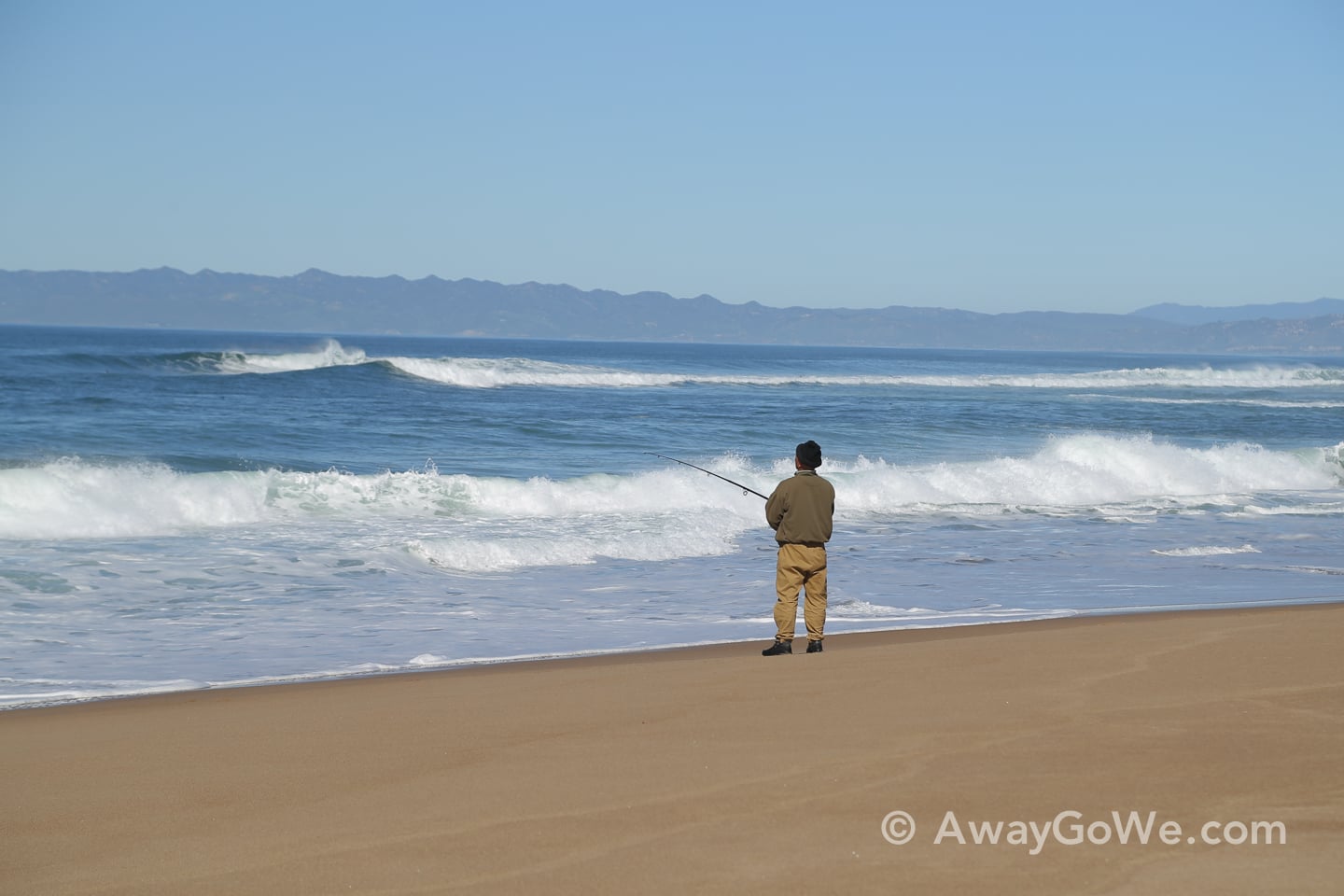 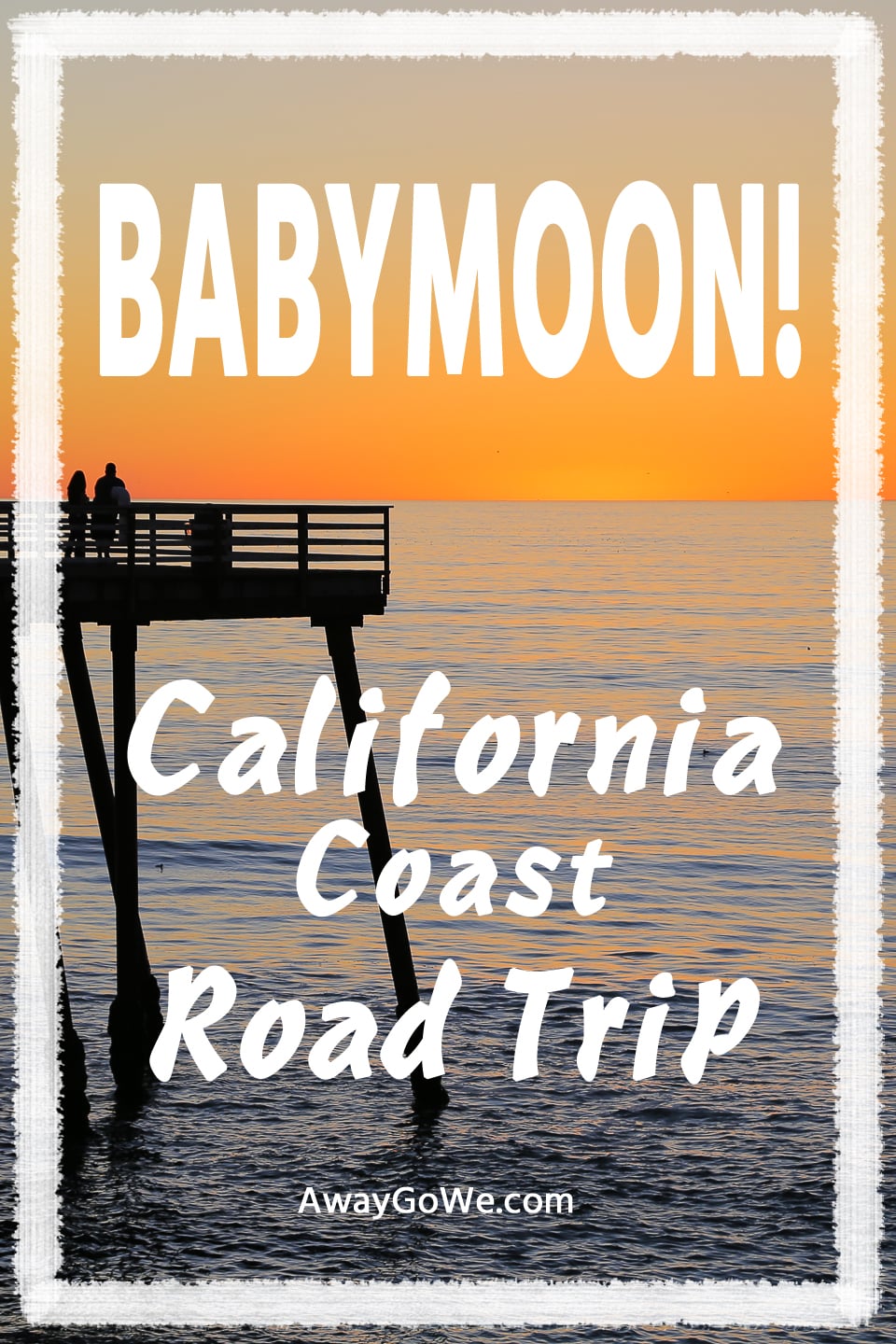