In addition to visiting Smith Rock State Park in Terrebonne (near Redmond), we also made a few trips into Bend. We walked about three miles of Bend’s one-of-a-kind Deschutes River Walk […] 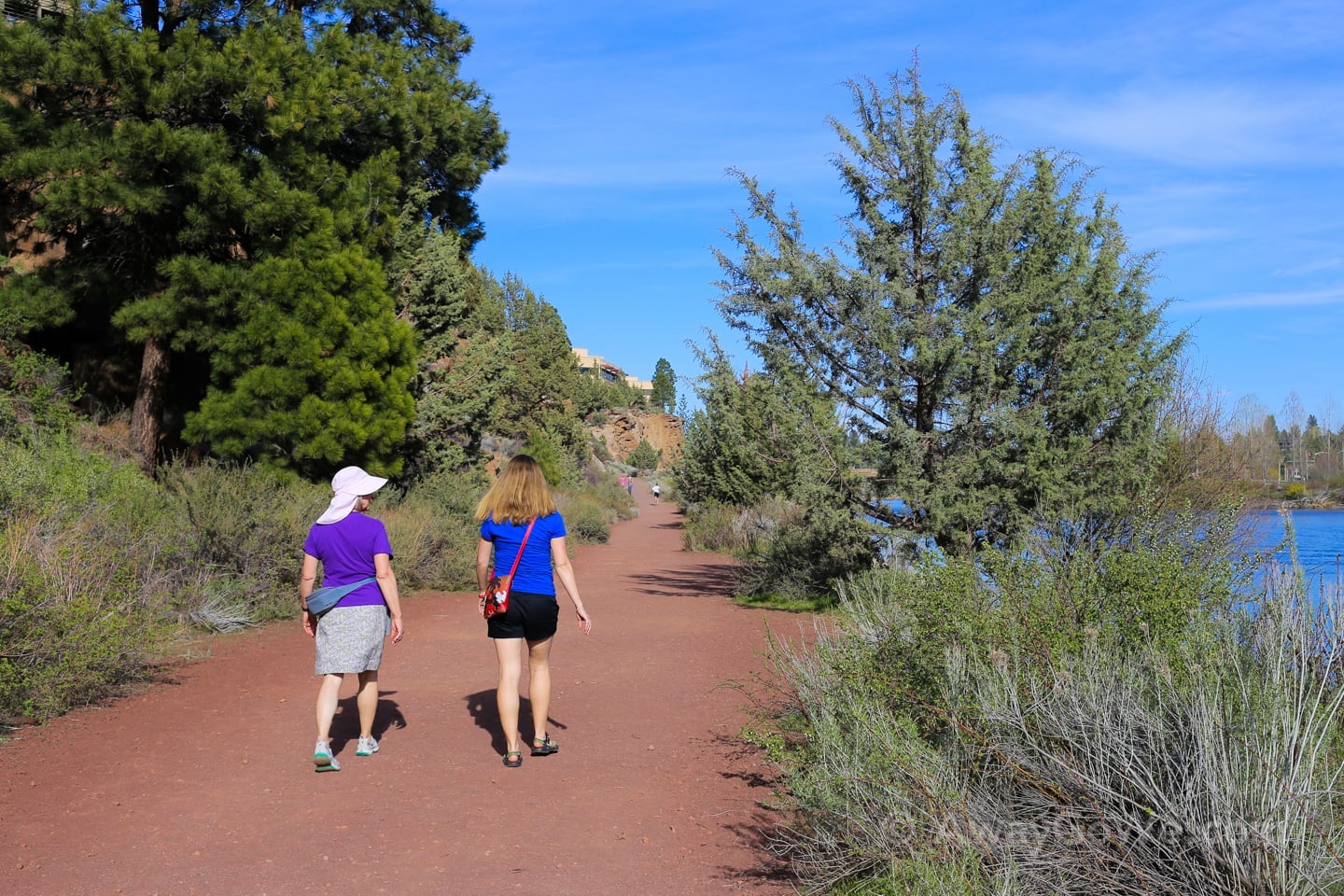 In addition to visiting Smith Rock State Park in Terrebonne (near Redmond), we also made a few trips into Bend. We walked about three miles of Bend’s one-of-a-kind Deschutes River Walk trail through the Old Mill District. It’s hard to believe that this area of town was a vast industrial landscape of lumber mills and factories not twenty years ago. Now, this stretch of the Deschutes River is home to restaurants, galleries and nature preserves full of people walking, jogging, biking, kayaking, tubing, and even surfing. 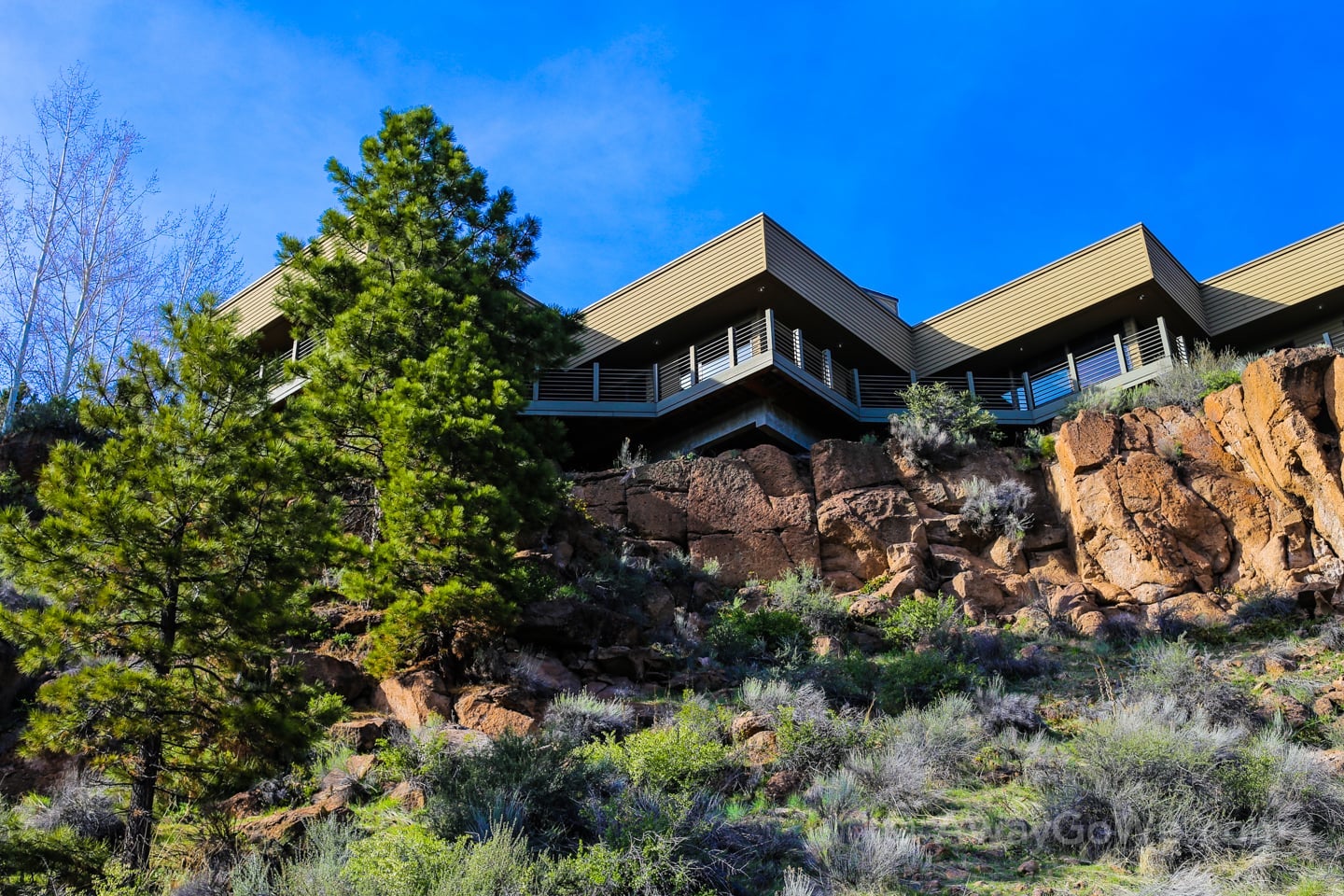 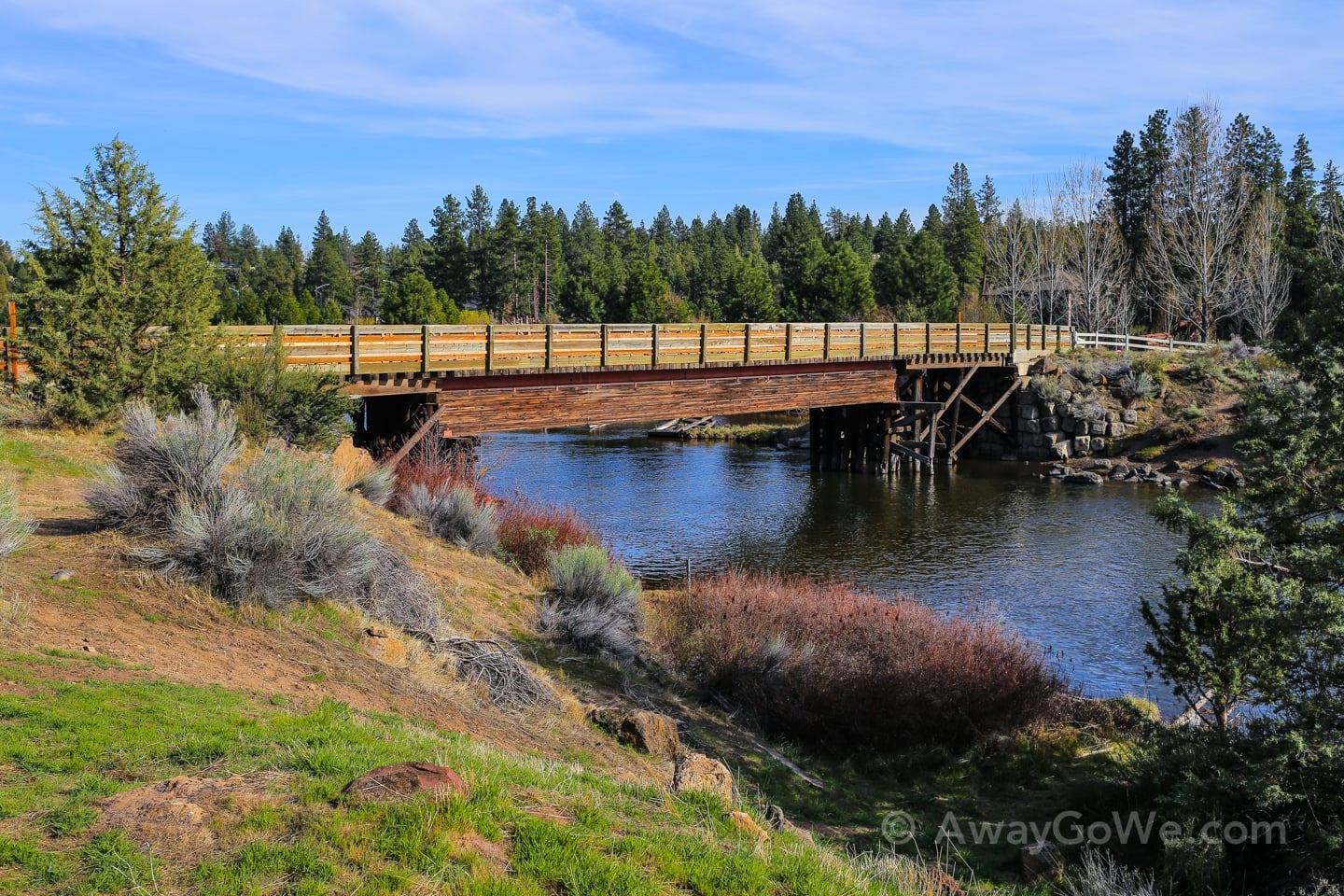 In the summer time, river floaters pack the waterway. Unlike the North Umpqua river where I grew up, the tubing here gets all organized ‘n’ stuff. There’s even a shuttle to take you from the end of the float back to the start point/ parking lot. Down on the Umpqua, we’ve always had to do the two-car shuffle to get our float on. 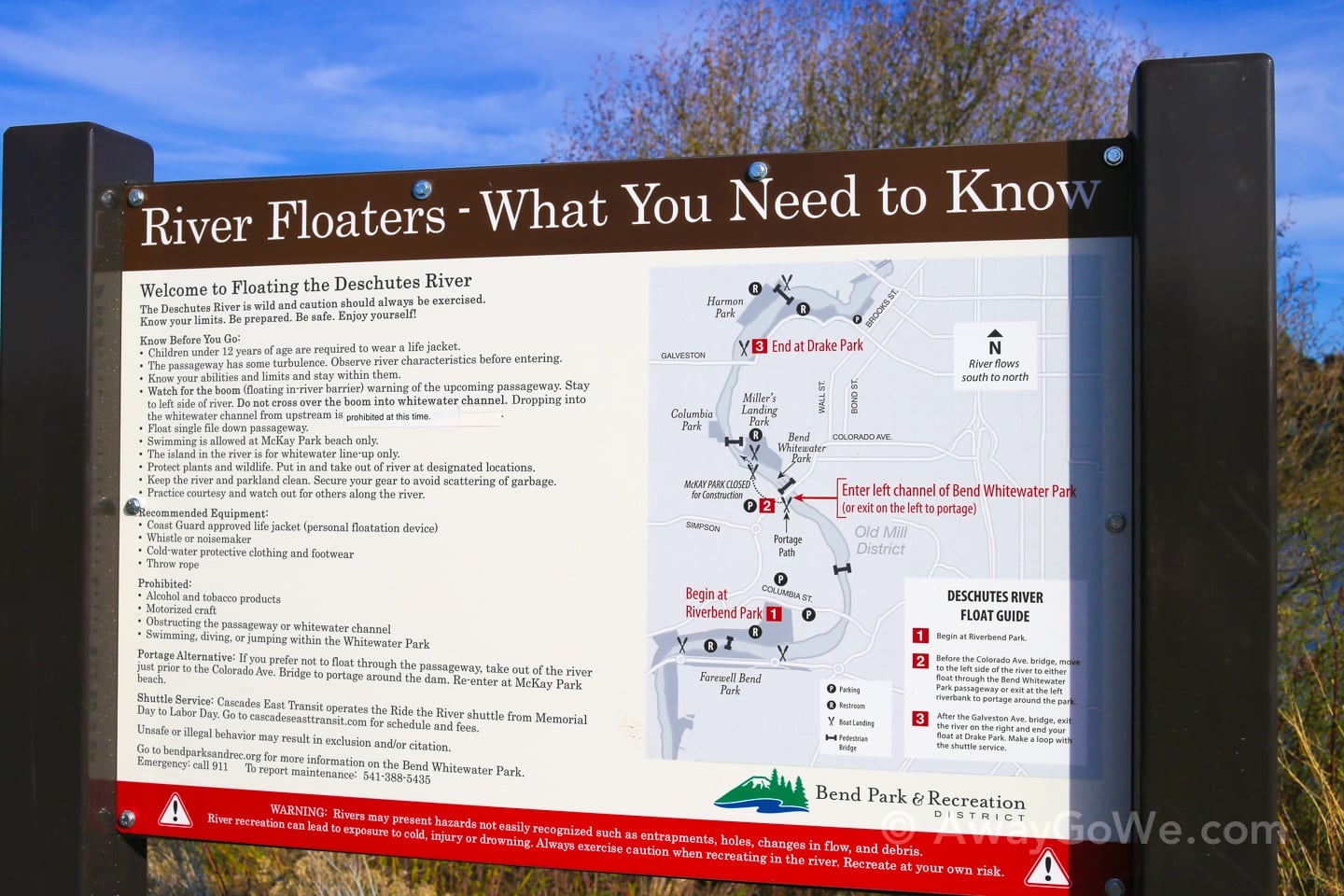 There’s even a “Dog E Rest Stop,” presumably for your furry companion…and everyone in Bend seems to have at least one of those! 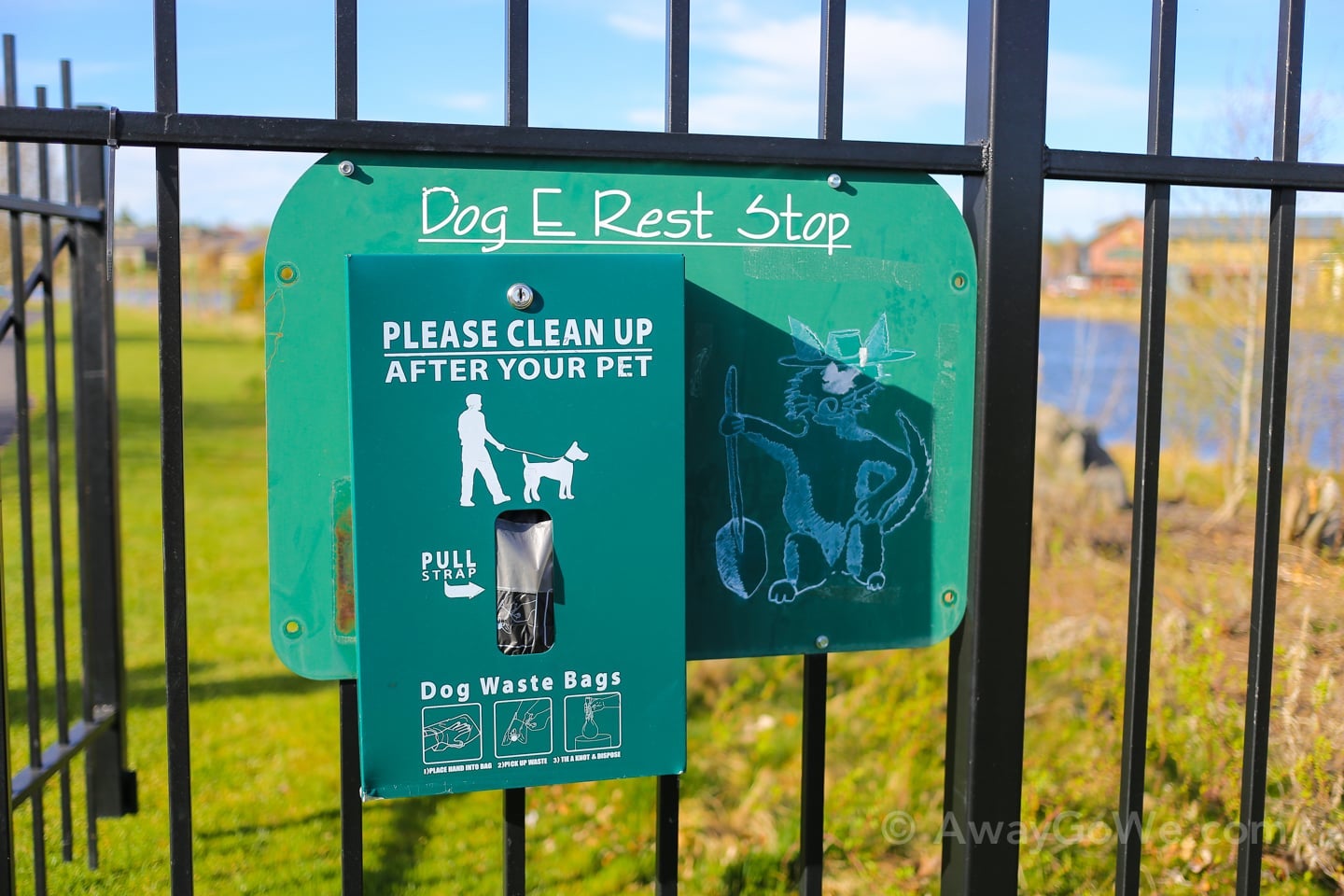 Remember the surfing I mentioned earlier? Wondering how that all works? Well, it helps to have a “whitewater park,” as it’s called. It’s basically an area of the river that’s set up to divert water over an underwater formation that creates a constant wave in the middle of the river. In case you were wondering, tubers are diverted around the waves. Bummer dude. 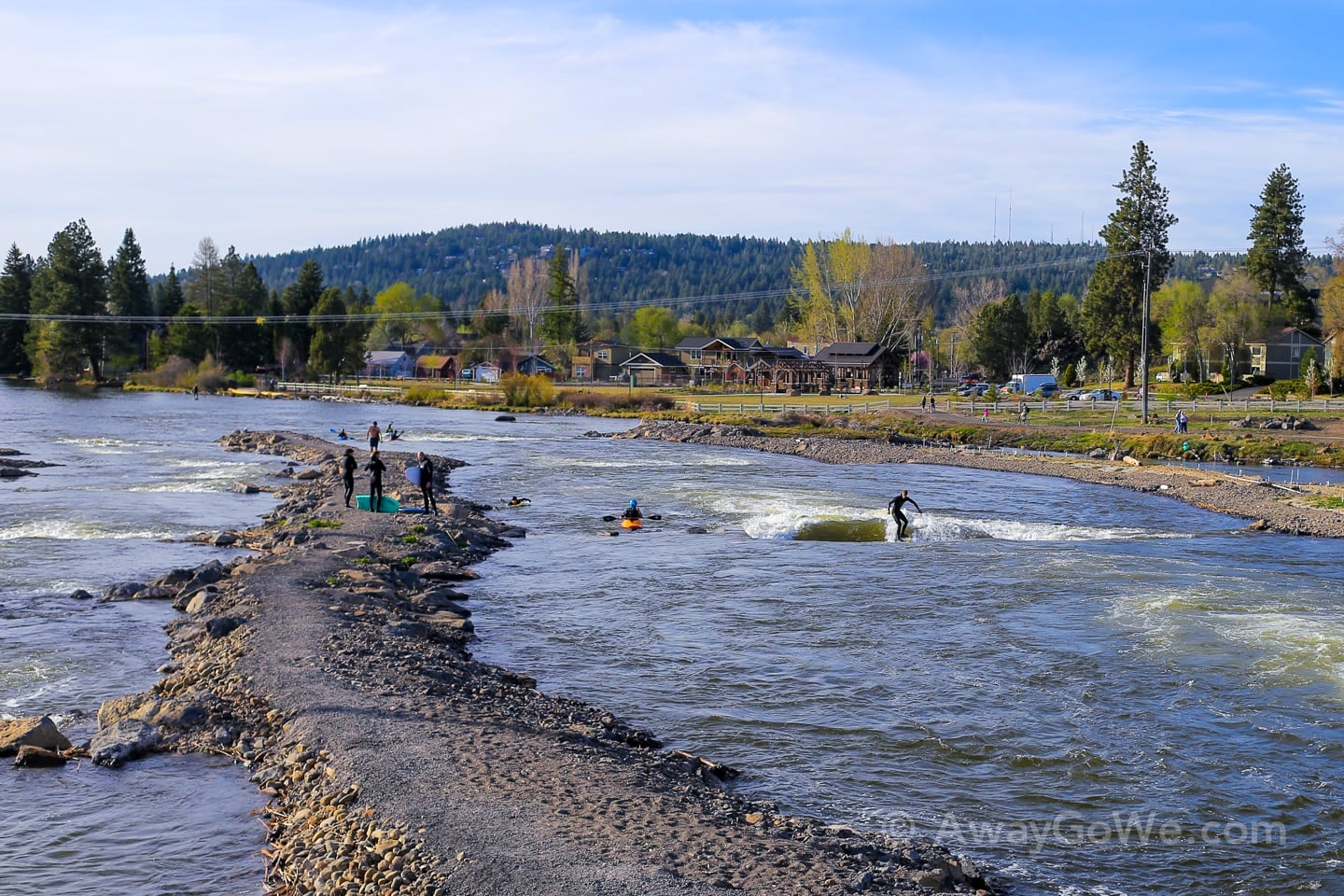 Ok. Where else can you ride your bike to REI, buy a kayak, paddle across the river to a major craft brewery (Deschutes), sip on a taster tray, then paddle back to your bike at REI, all within the span of about a half mile? 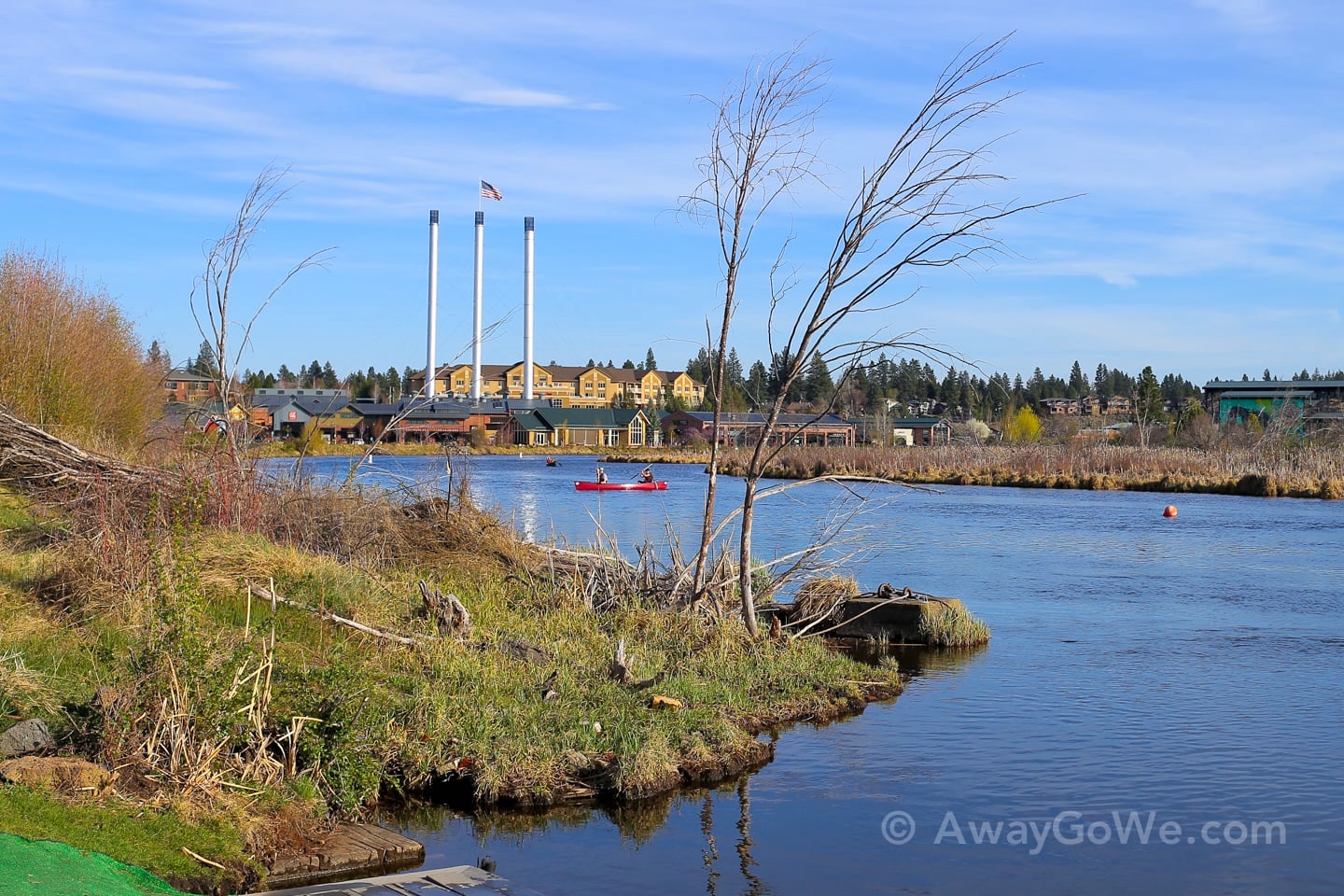 For the better part of a century, two competing mills dominated each of the banks of the Deschutes. The lumber’s long gone, but the original structures remain, now serving a very different purpose. 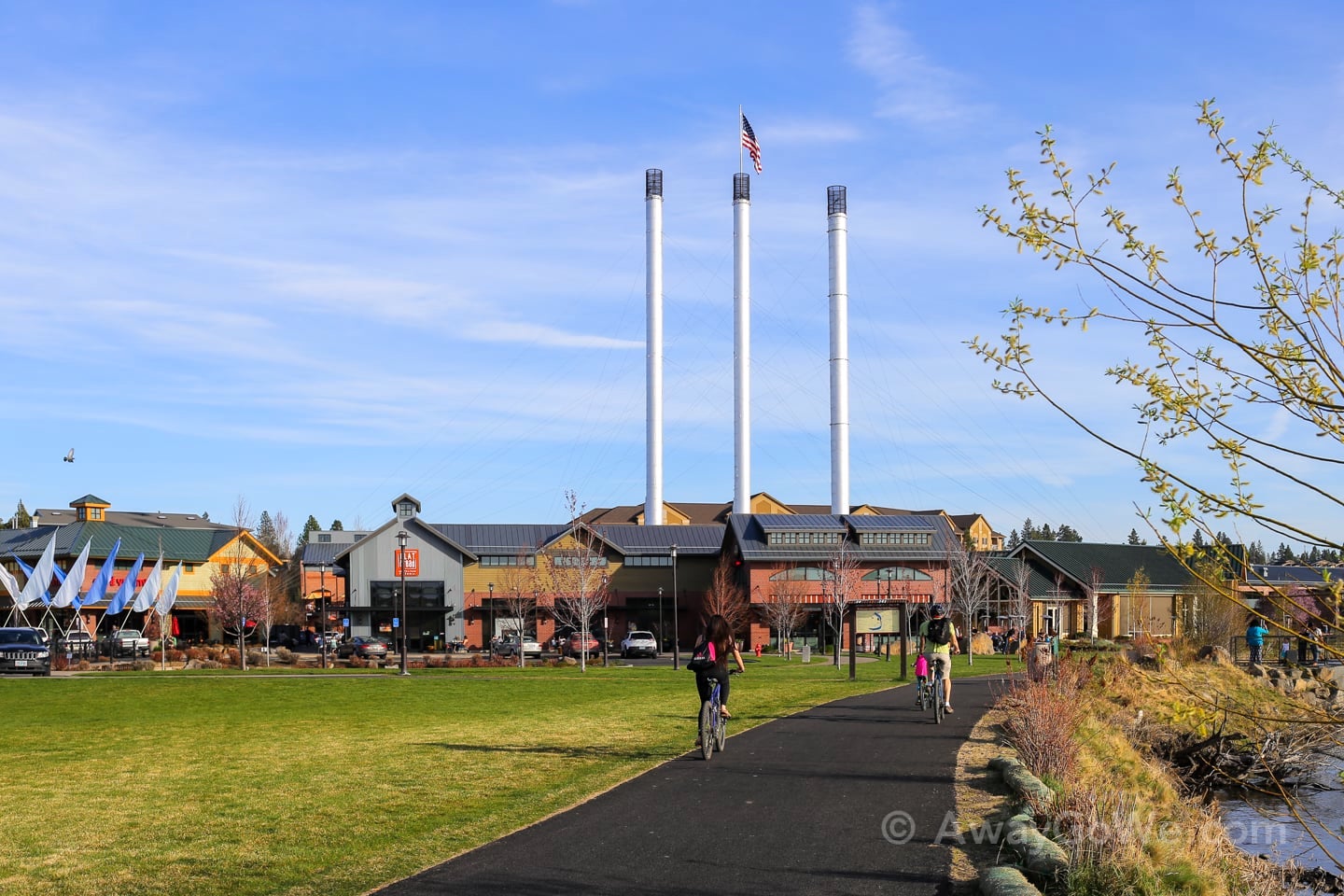 What visit to Bend would be complete without a visit to the High Desert Museum? Well, apparently every trip to Bend I’d ever had prior to this one given that this was my very first time visiting the acclaimed museum.

On that note, I present to you a touching sculpture of mother and colt…just don’t actually touch it! It’s made entirely out of barbed wire. Apparently the sculptor went through quite a few pairs of gloves putting that piece together. Only in the high desert, folks. 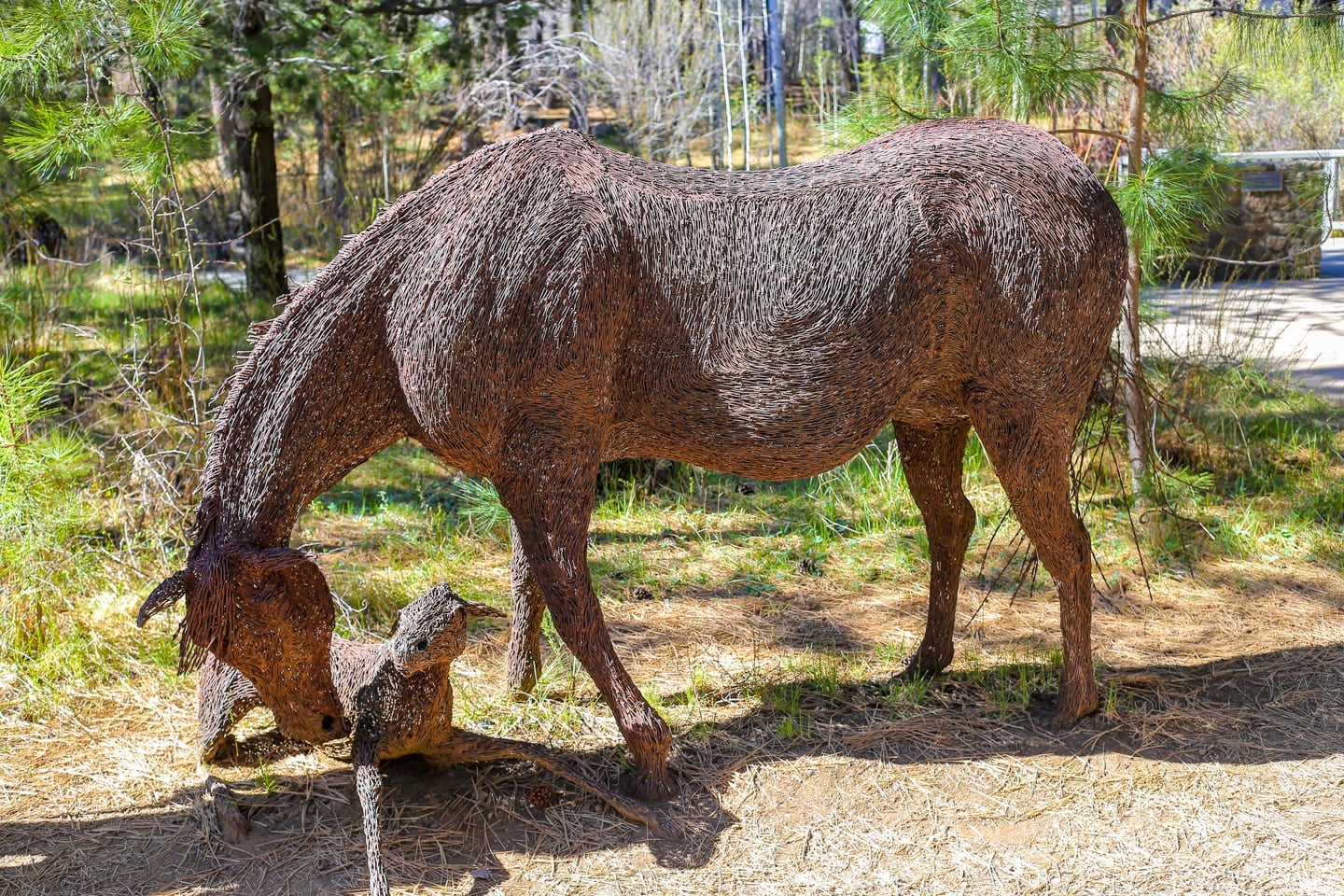 The High Desert Museum is definitely worth a visit and is packed with interesting exhibits and activities. There were scheduled nature walks, and a porcupine demonstration. But the highlight was when we were all corralled into a large room and one of the docents let a rescued Barn Owl loose for about twenty minutes. 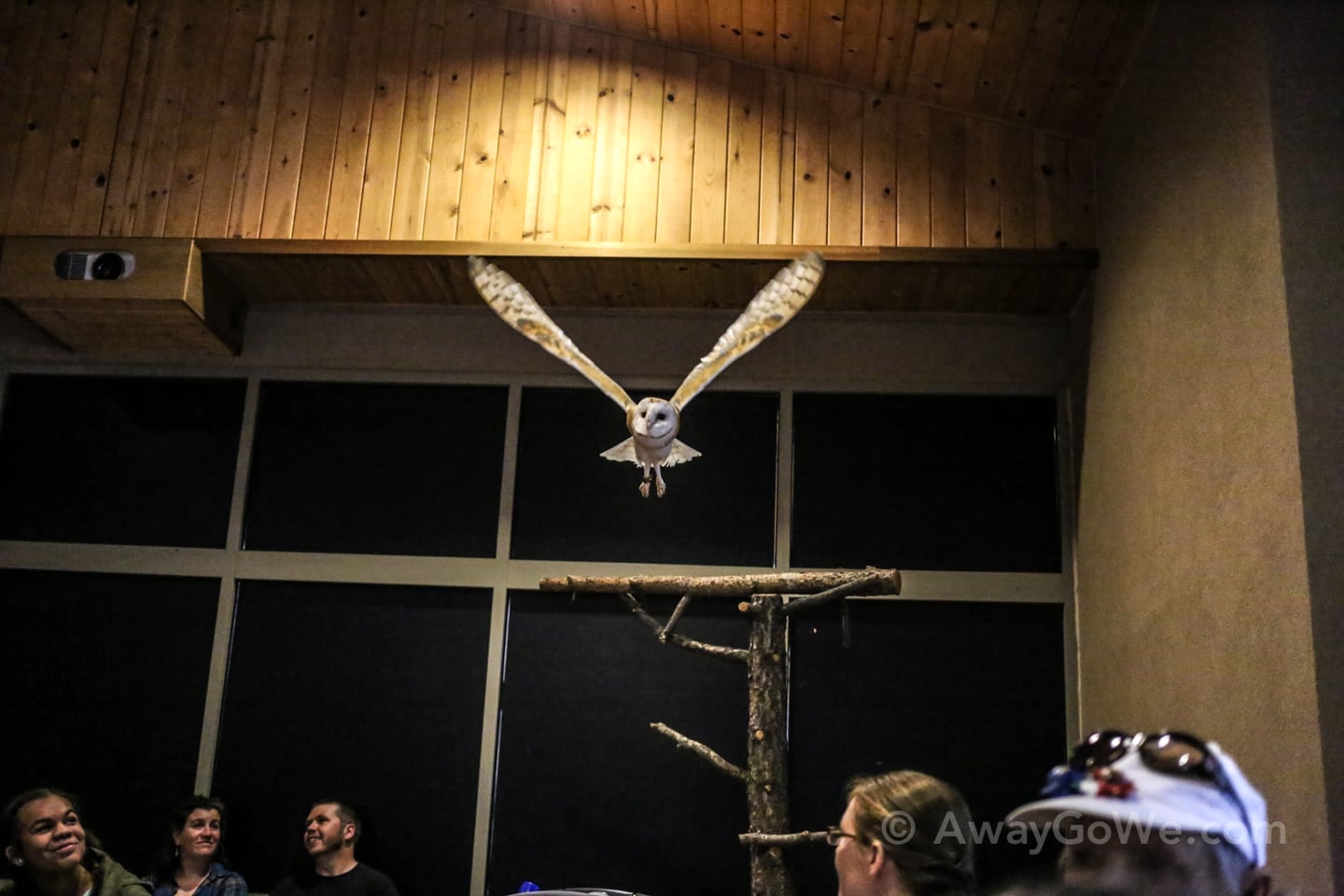 And if crazy flying Barn Owls and barbed wire art doesn’t get you going, perhaps the bright yellow vintage 1919 Caterpillar will. 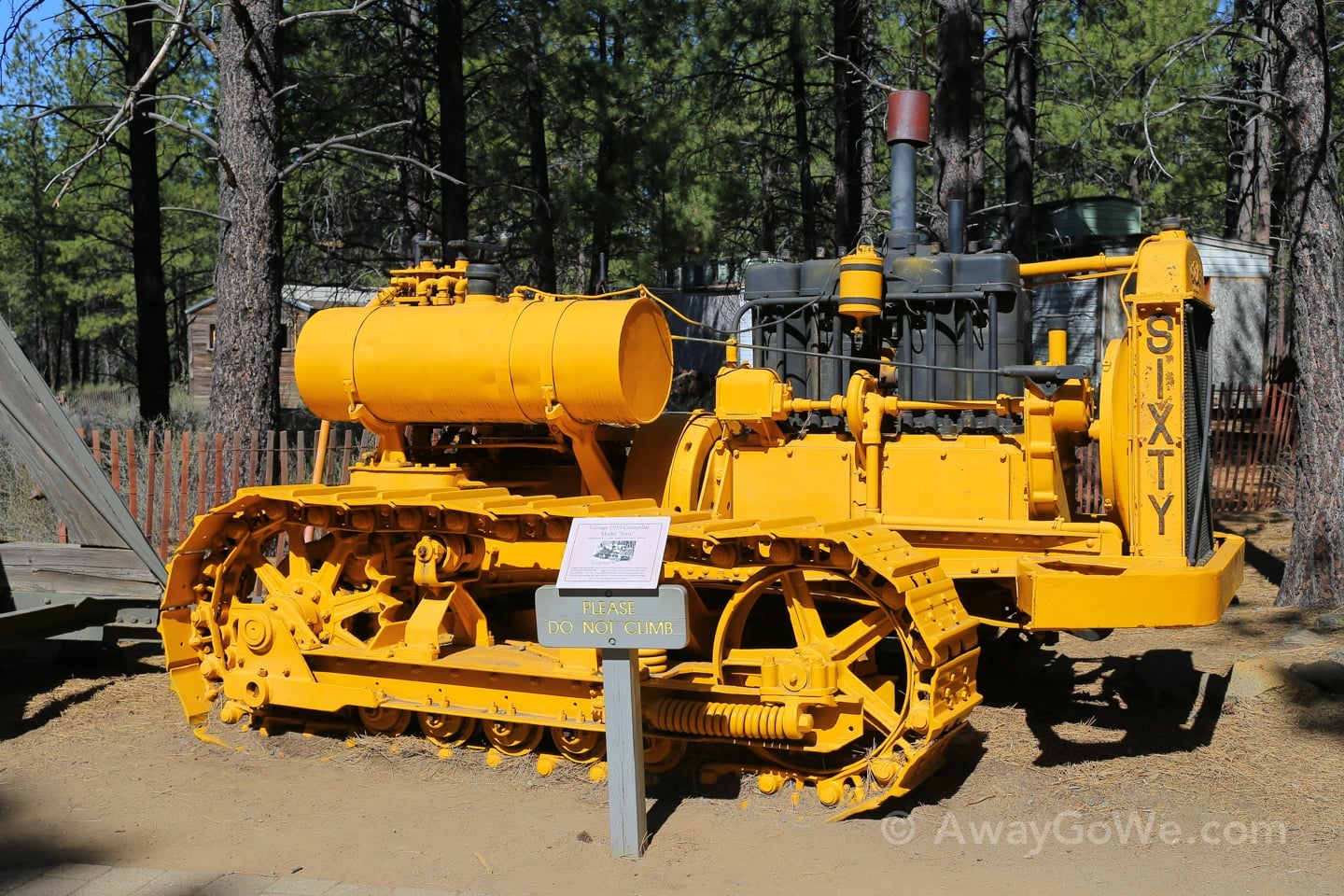 The tractor is part of an outdoor living history exhibit where a handful of dedicated actors populate a recreated mill and homestead. I generally cringe at the thought of “living history” exhibits, particularly when the actors are really into their character and are pushing you to play along with them, but this was actually pretty informative and well done.

So, we’re going to end the post on a poignant note — a photograph I found particularly striking in the museum.

You may remember the story of Celilo Falls (which, by the way my wretched auto-correction likes to change to “Cello Falls”–oh how I loathe you, auto-correction) from last year’s post on the Columbia River Gorge–center of commerce and trade for the people of the Pacific Northwest for around 15,000 years erased from the face of the earth on one day in 1957.

Well, anyway, here’s a photo from 1940. There’s a lot going on in this photo that the caption doesn’t even begin to capture. 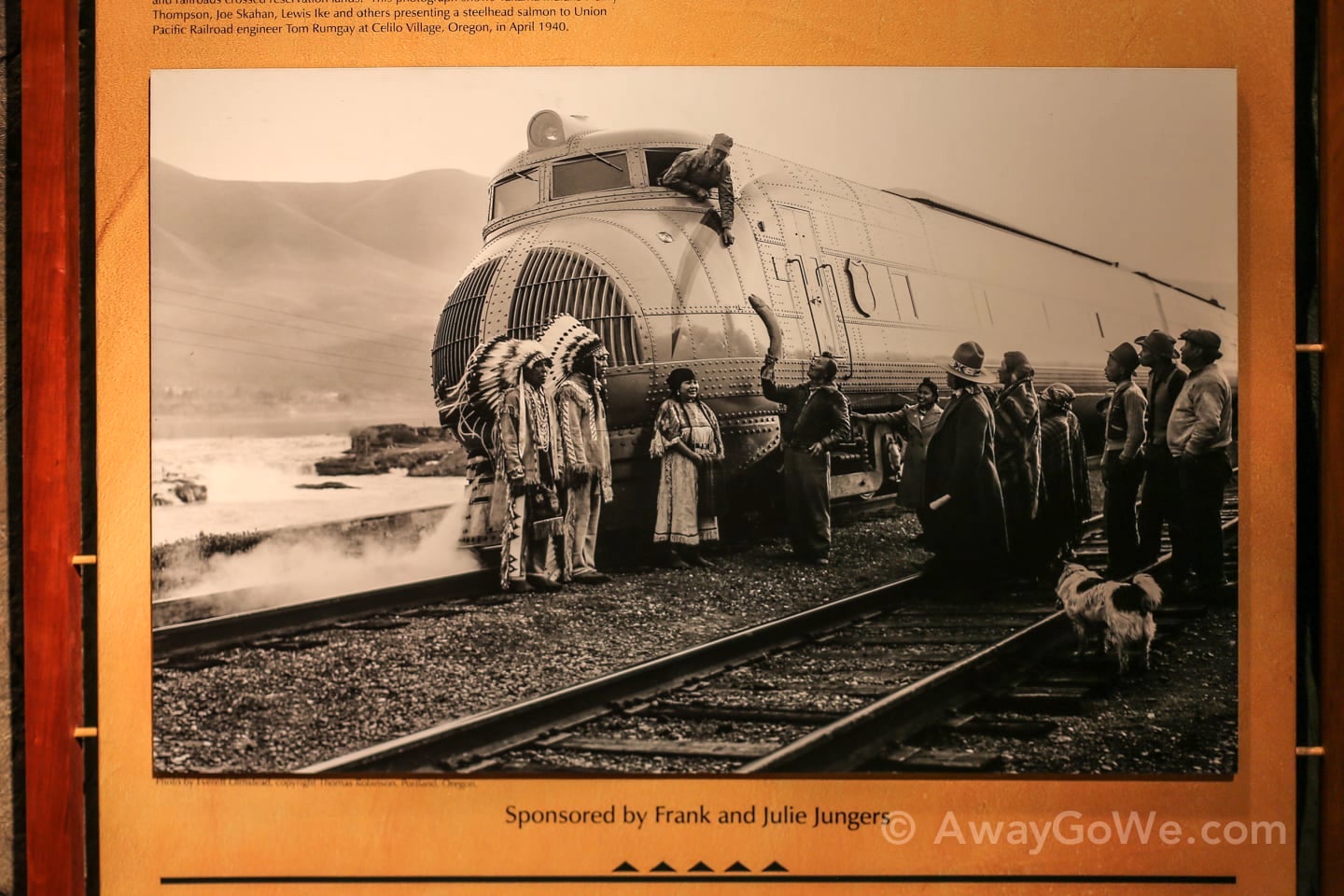 First of all, that’s not just any sleek-looking locomotive, but the M-10002 “City of Portland” diesel-electric streamliner, the second diesel locomotive ever built AND the only train ever to make the trip from Los Angeles to New York City in just 57 hours–a feat that has never been topped by any train since. On this day in 1940, this train represented the peak of technological advancement.

Second, that’s not any spot on the Columbia River, but the spot — Wyam, or Celilo Falls. And in the foreground, a delegation presumably from either the local Chinookan or Sahaptian-speaking peoples, offering a salmon — the most revered and prized of all North American fish — to the engineer of the “City of Portland.”

For better or worse, this one photo magnificently captures a hugely significant moment — the final pages of one chapter of human history, and the first pages of the next.