We spend Belize Labor Day (May 1) hiking through the jungle to Toledo’s own Tiger Cave to commune, yet again, with the Mayan Underworld of Xibalba.

We took our holiday last Thursday to finally visit Tiger Cave, located just outside of San Miguel village in Toledo district. We’ve wanted to explore this cave for a long time, having heard great things from our good friends at Back-a-Bush Guesthouse where we like to go on a regular basis to get away from PG for awhile. The cave is named after a vicious and terrifying Belizean “tiger” (Ocelot) that used to call the cave home.

Our guide, Pedro, met us at the guesthouse, from which point we hiked about 1.5 hours on unsealed roads, farms and dense jungle. A big storm had come through the previous night (very unusual for early May) bringing both a ton of rain and cooler temps. So while we found ourselves slogging through muddy patches in the middle of the “dry” season, we were not having to battle with 100 degree (F) heat.

Before we go any further, my apologies for the date and time burned into the photos. I should have known better. We were using Lori’s camera to inventory insurance items and well, I forgot to turn it off. So now you know that we passed the Horse Balls at 10:30am and Hot Lips 13 minutes later. Lucky you! 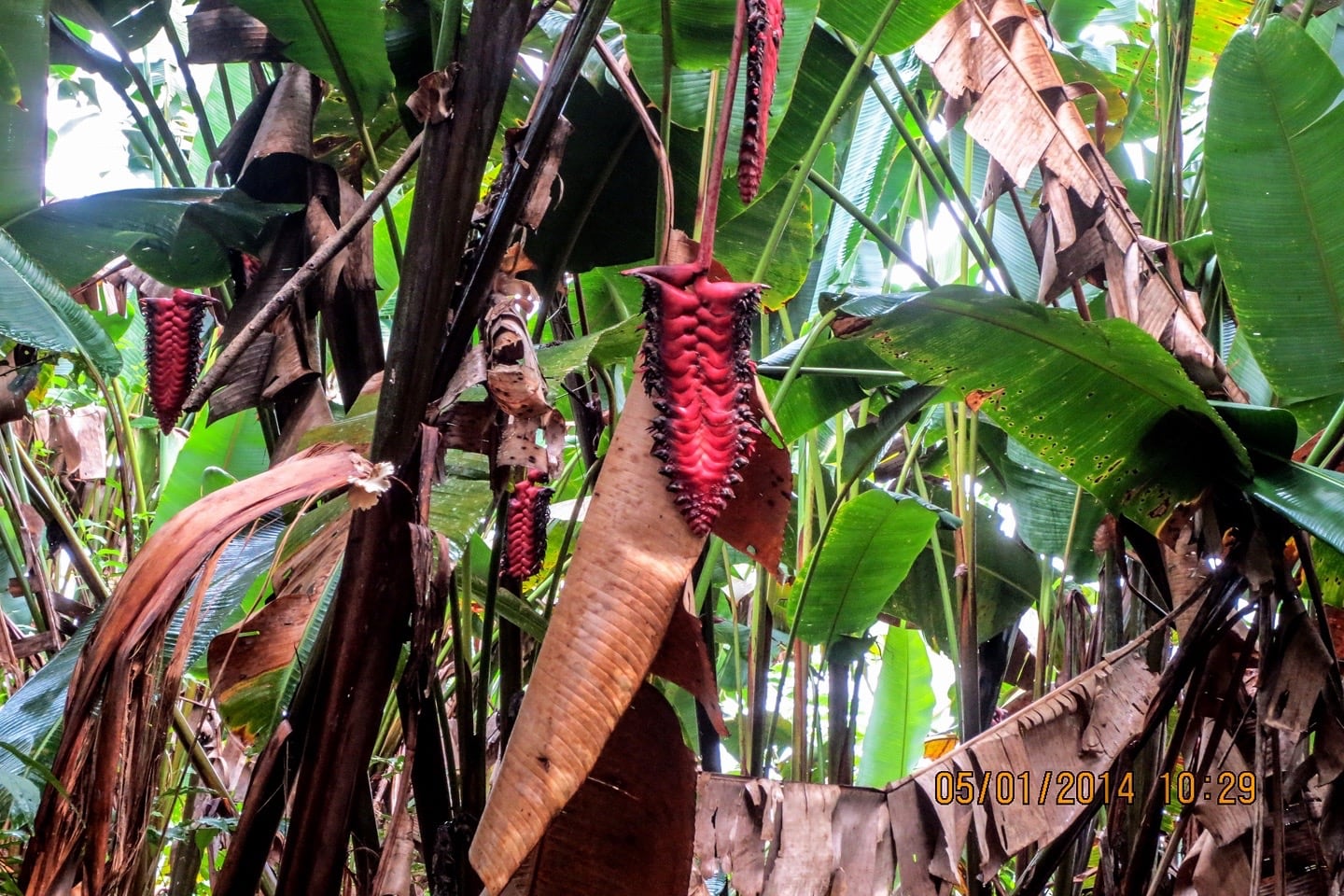 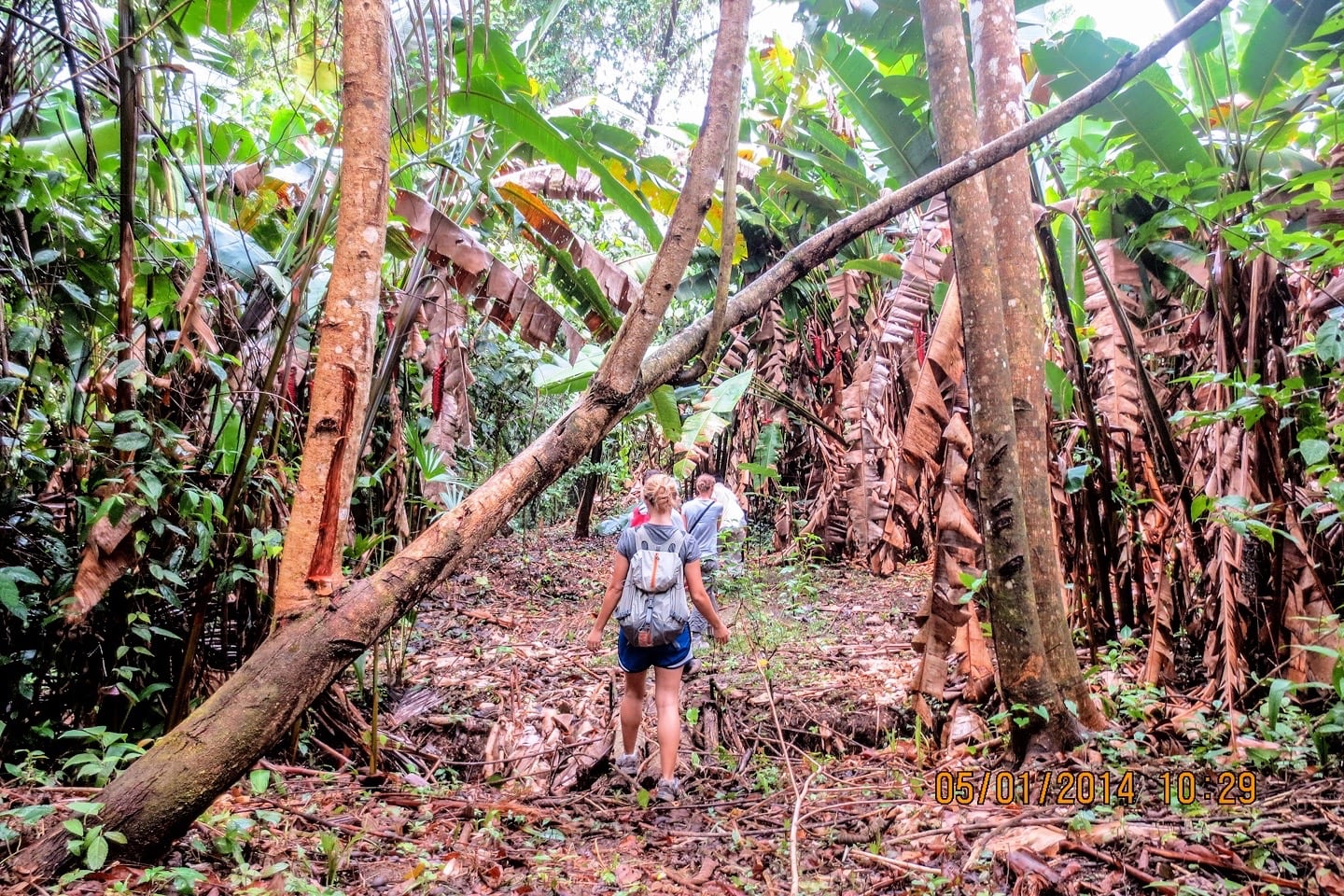 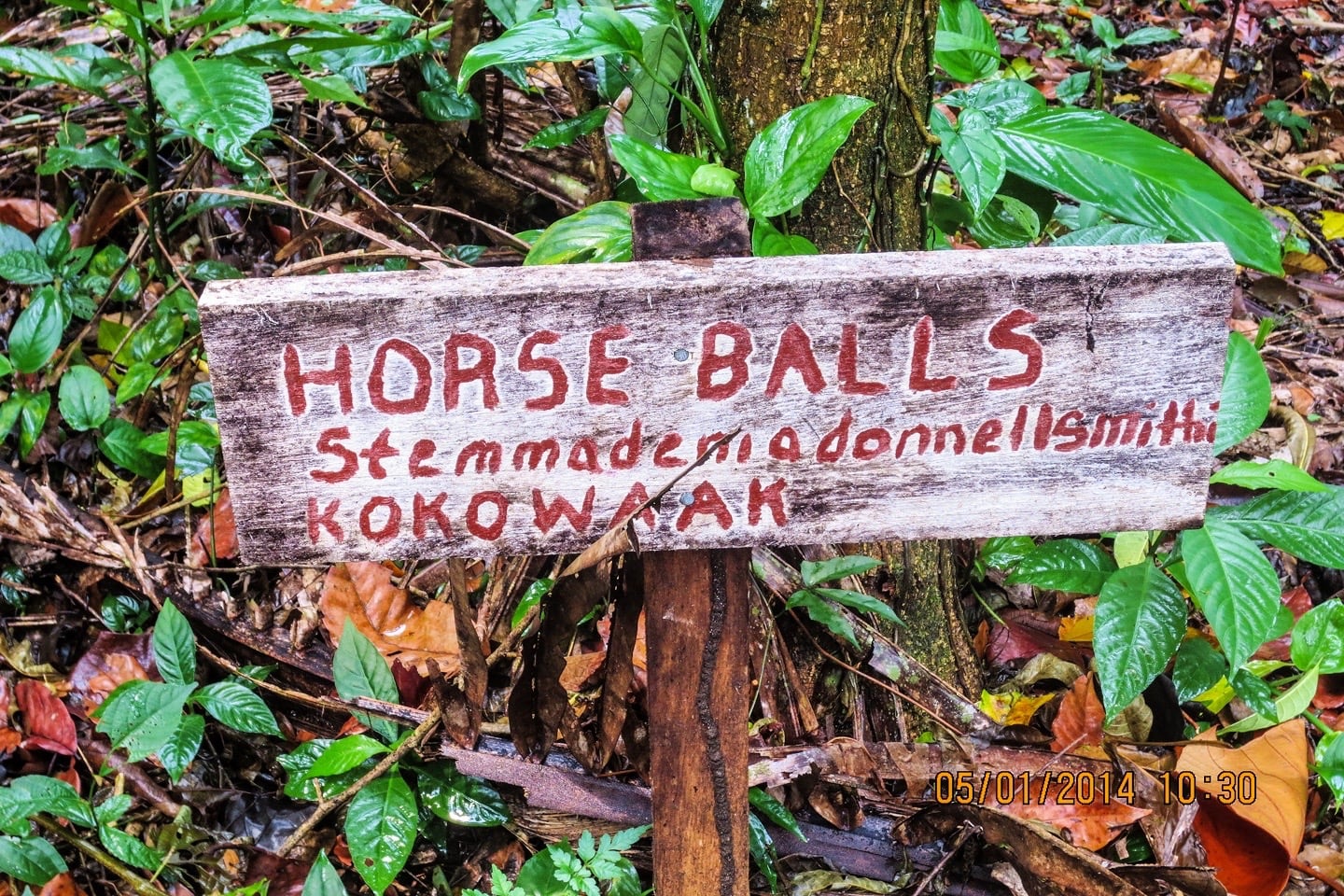 Along the way, we encountered several interpretive signs for a variety of vegetation, which required a bit of…interpretation… 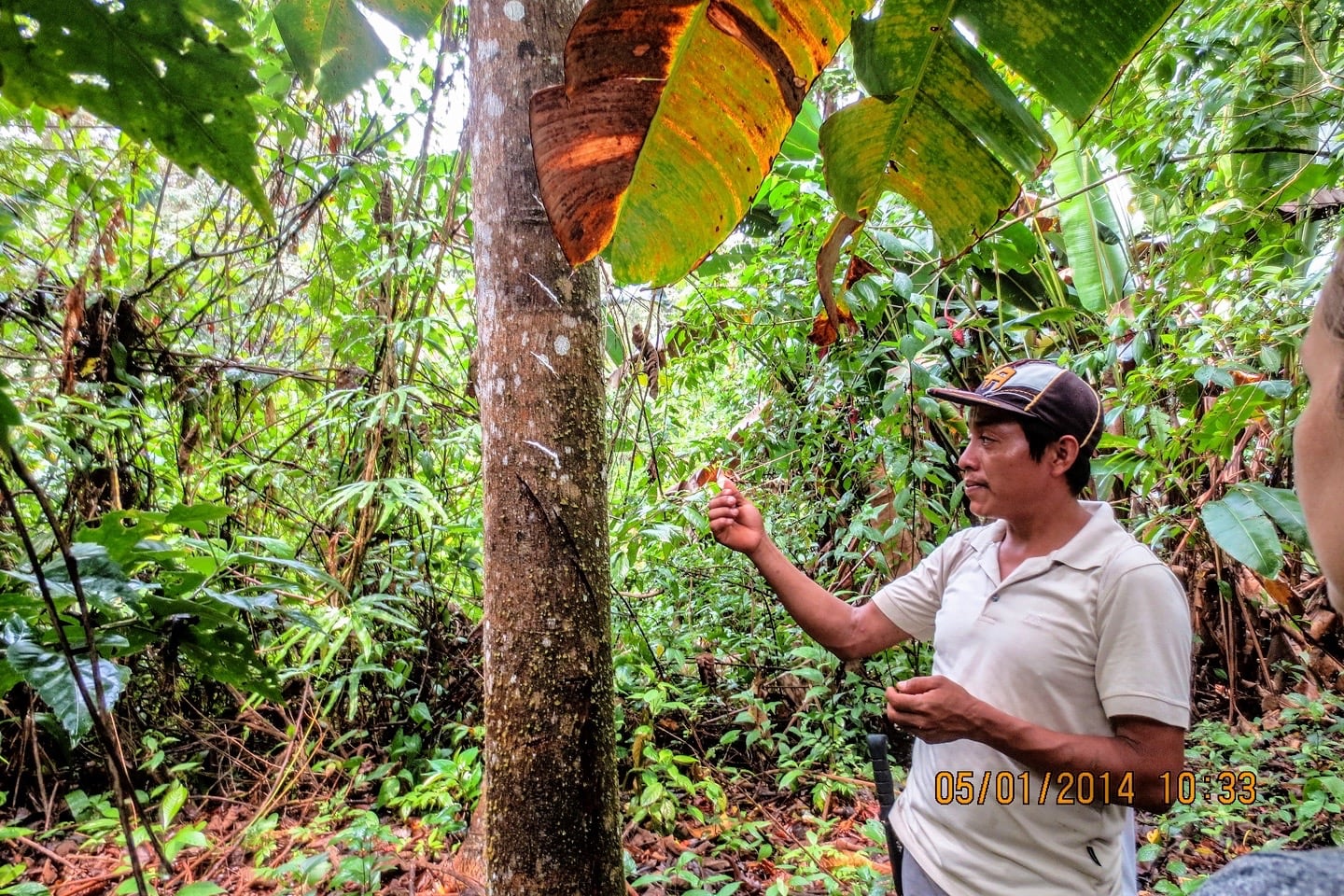 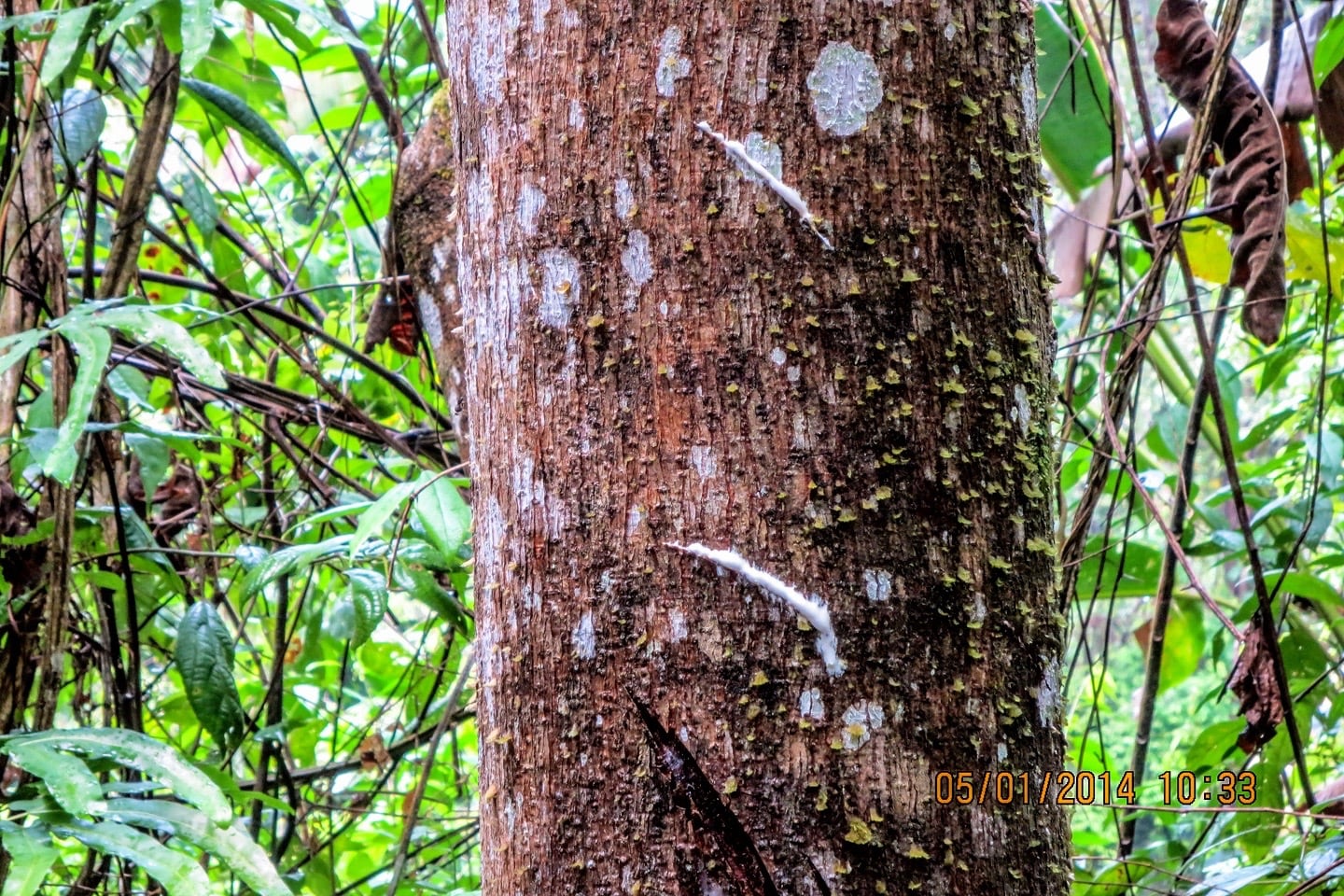 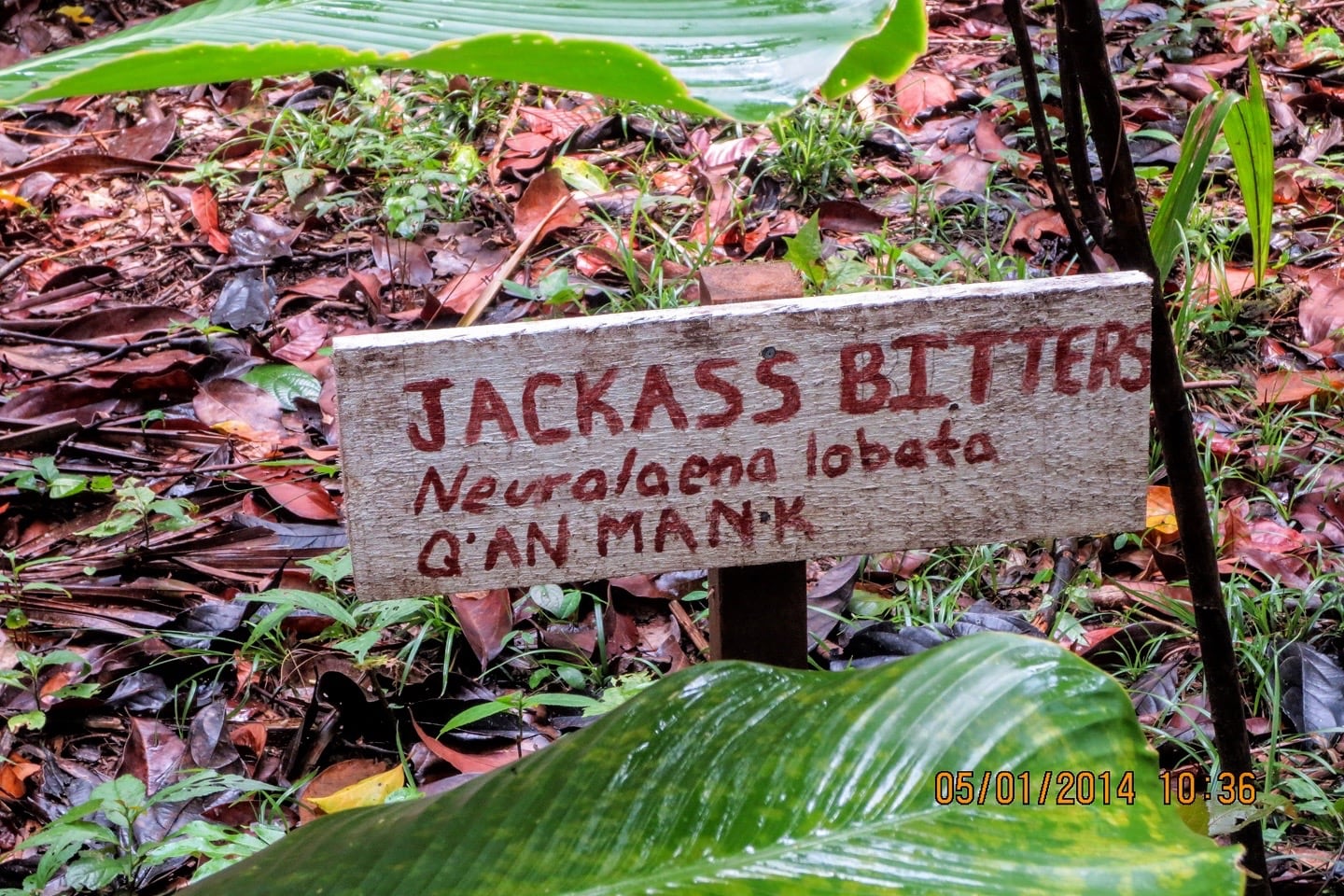 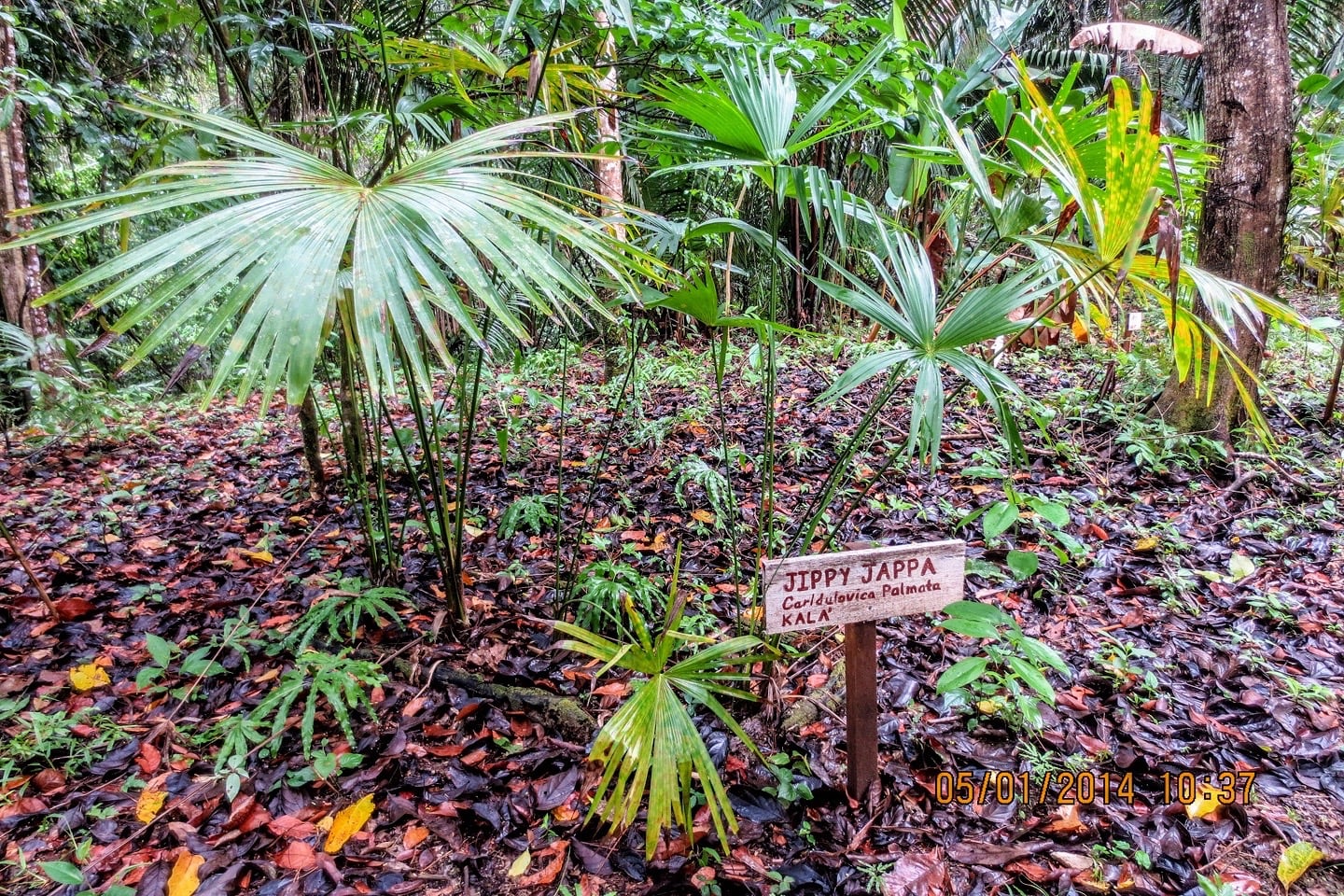 For anyone who has ever been to a Mayan village in Southern Belize, chances are you’ve had a plate full of jippy jappa, a Mayan staple. If you’ve ever wondered where it comes from, here you go. 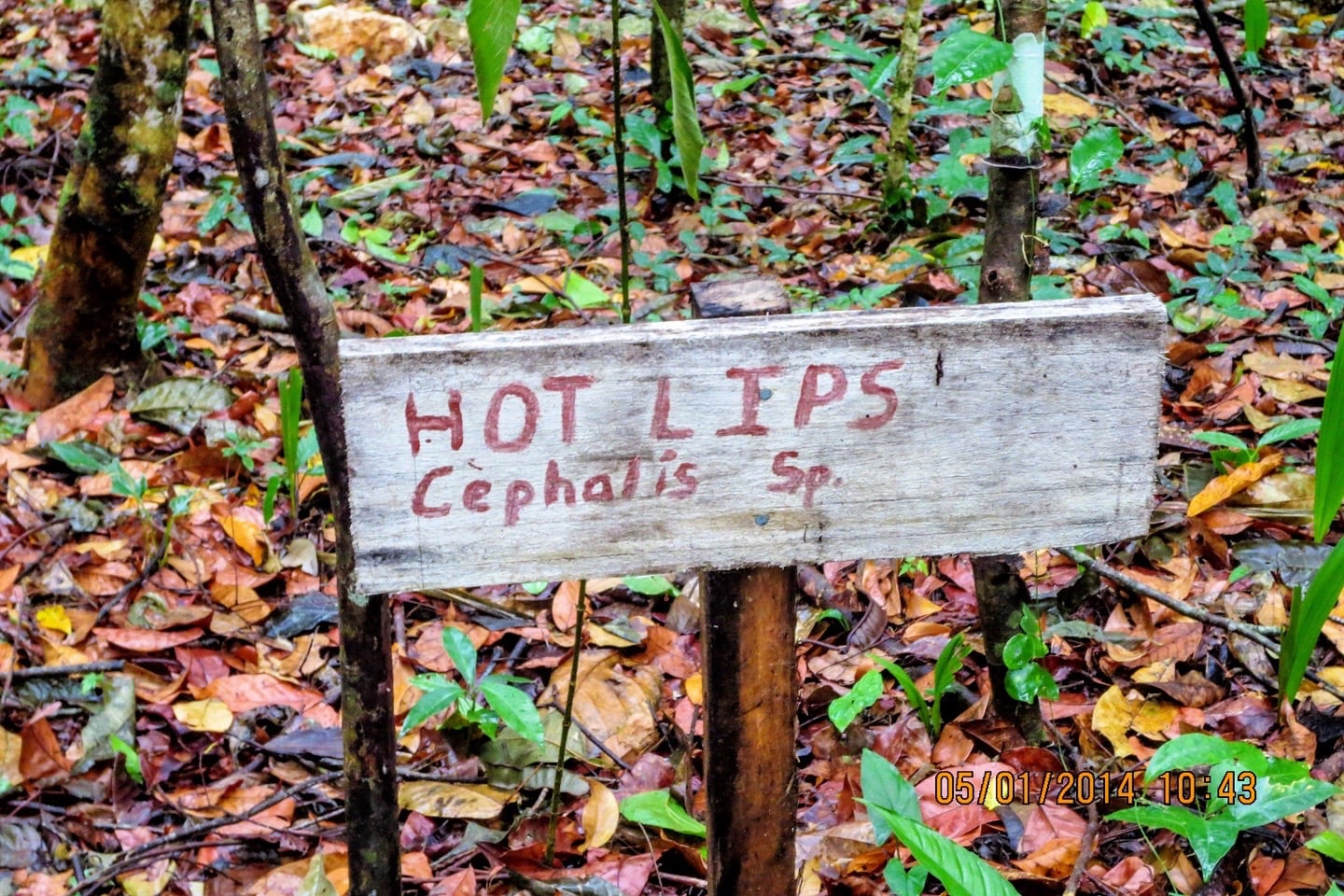 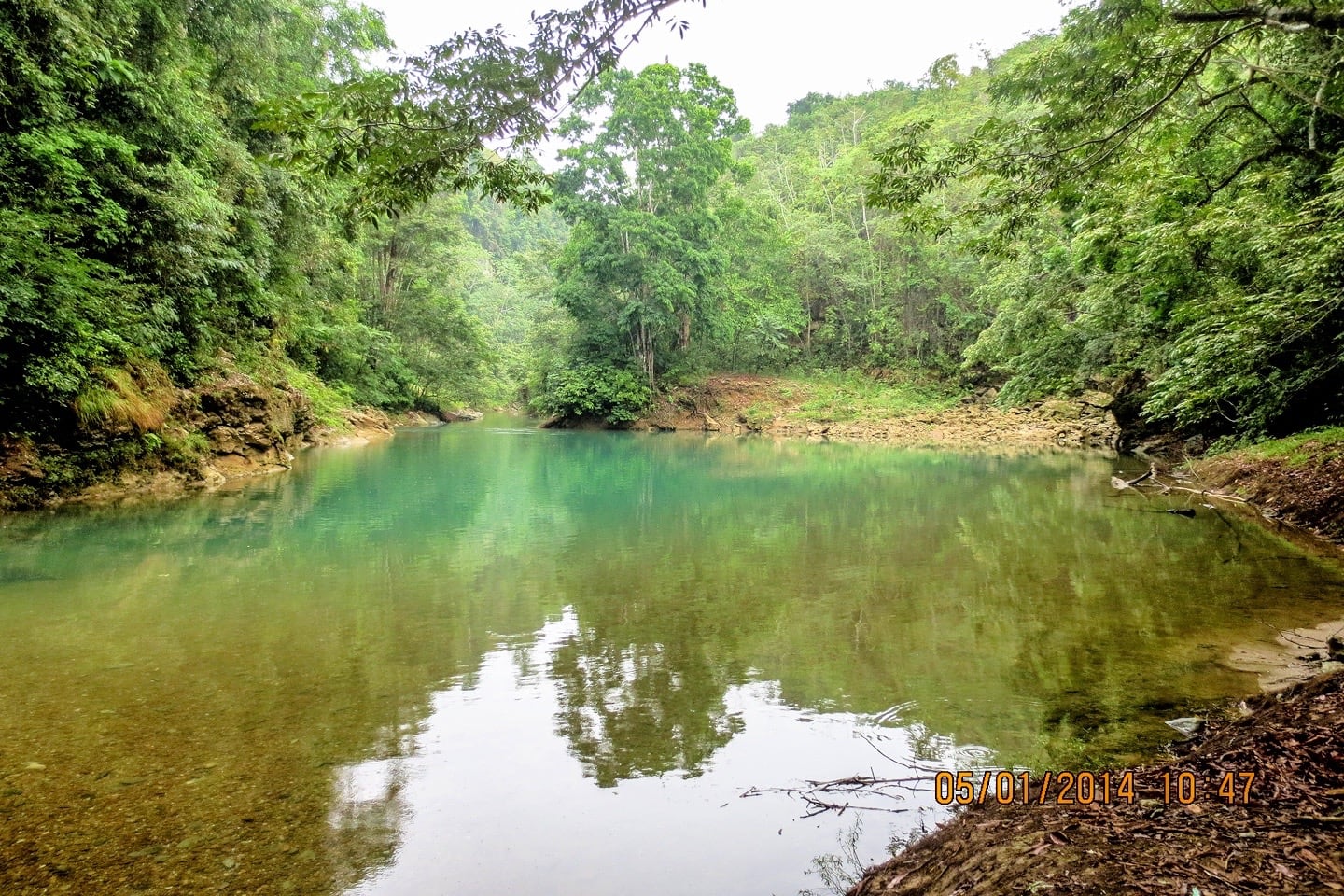 Often hiking in Belize requires one or more stream crossings. Lori and I have crossed streams up to our necks with full gear. Bunches of fun…especially when the rocks are slick and the current is fast. We were told we wouldn’t have any water crossings on this hike, but the recent rains made sure that wasn’t the case. Regardless, it was an easy (and refreshing) portion of the trek. I wouldn’t mind going back on a hot day and spending a lot more time at this spot. But we had a destination, so onward it was! 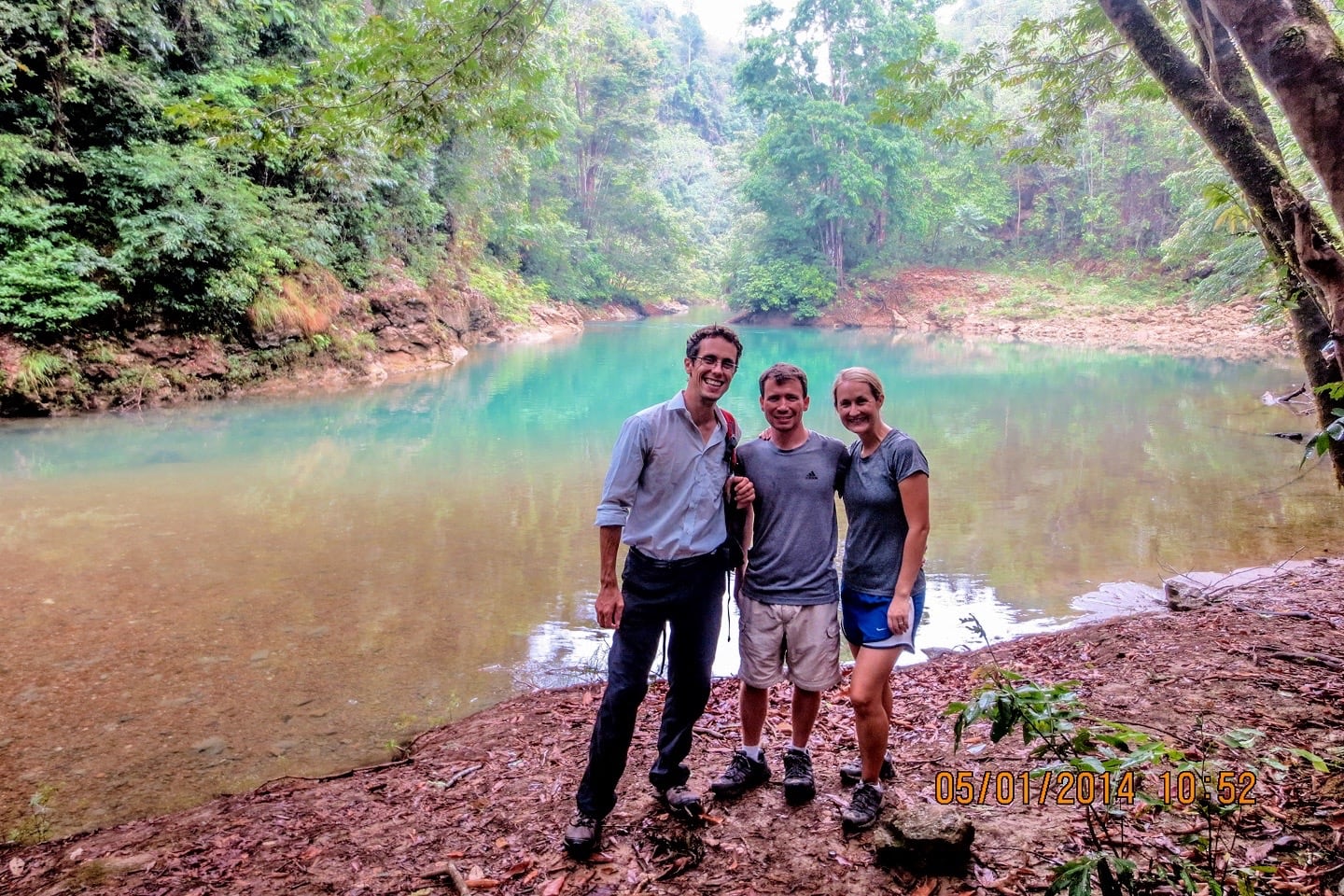 Since Hillside closes for all national holidays (May 1 is Belize Labor Day), we were able to get away from the clinic in the middle of the week with Andrew, one of Hillside’s docs from the UK, and his partner Rachel, one of our long-term nurses from Australia. Andrew was sure to break out his smartest hiking gear for the occasion. 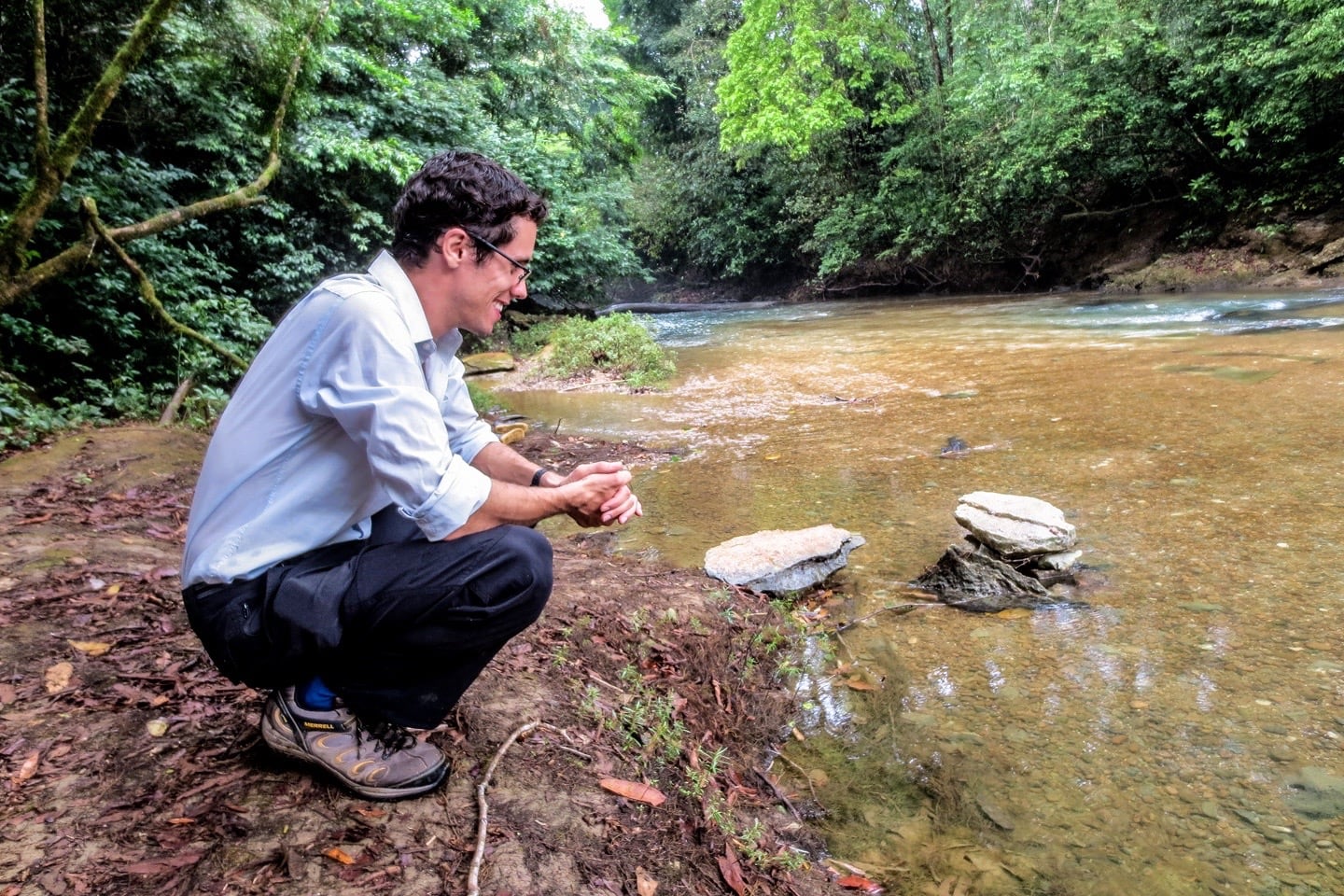 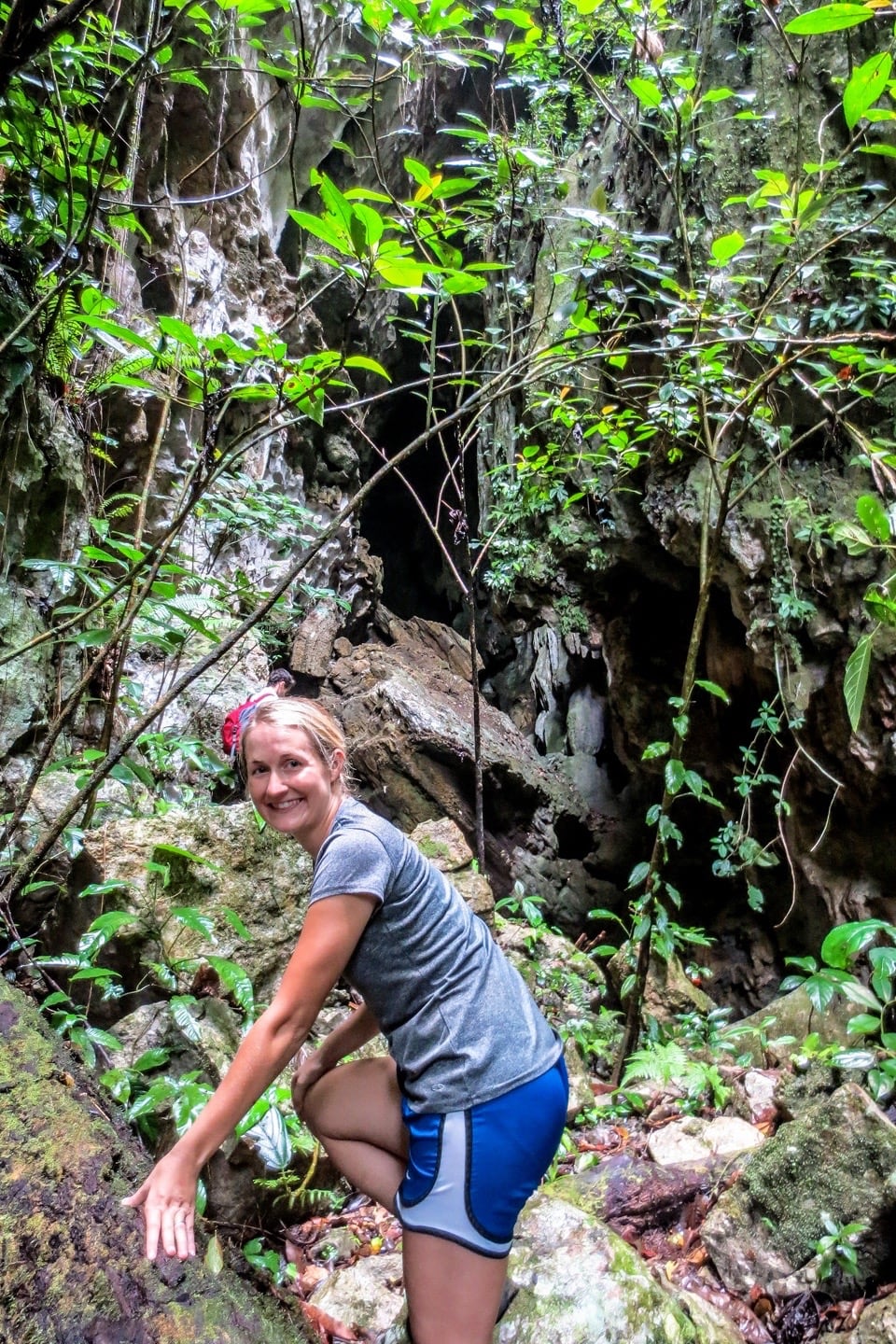 Pausing at the mouth of the Tiger [Cave]. Grrrrr! 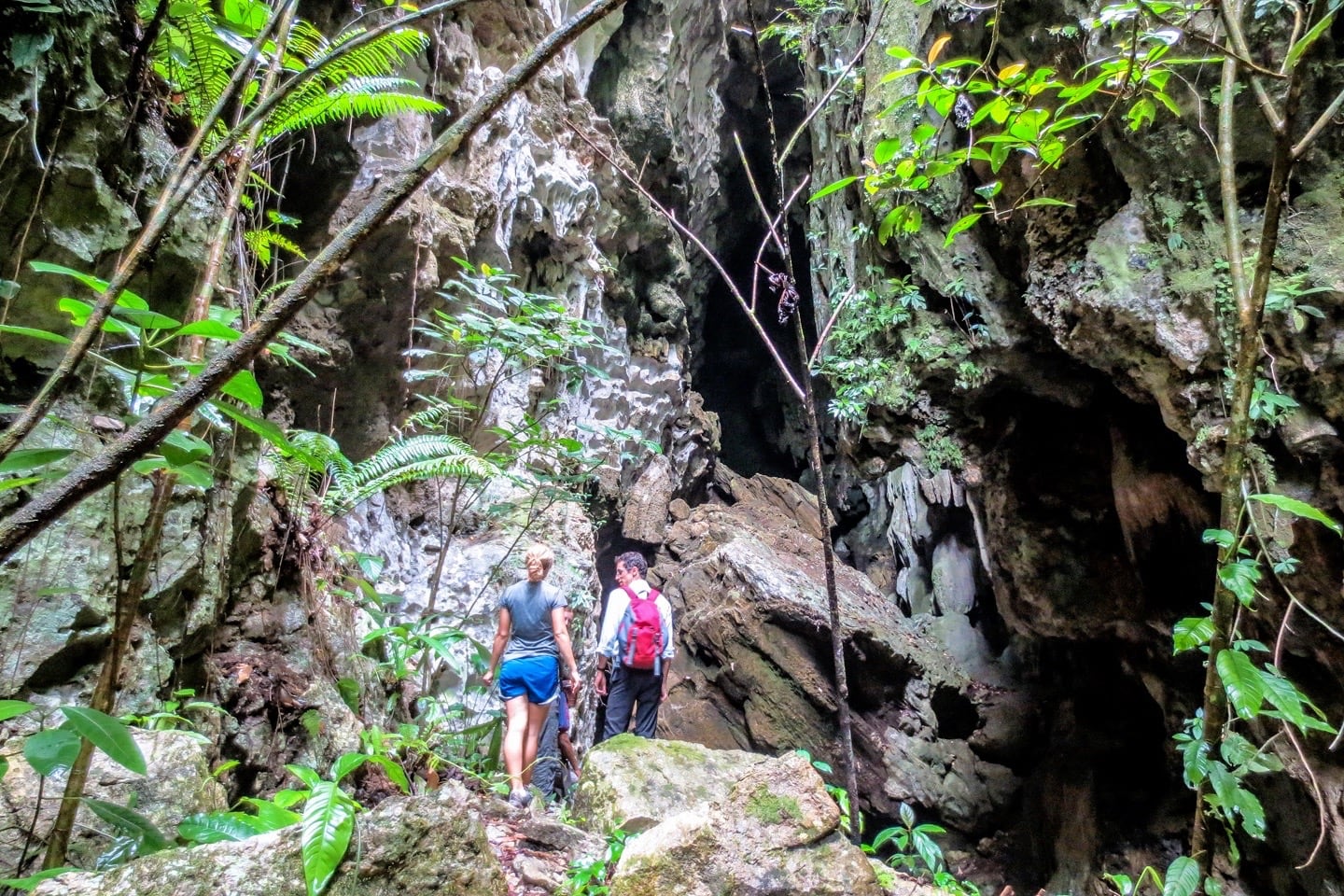 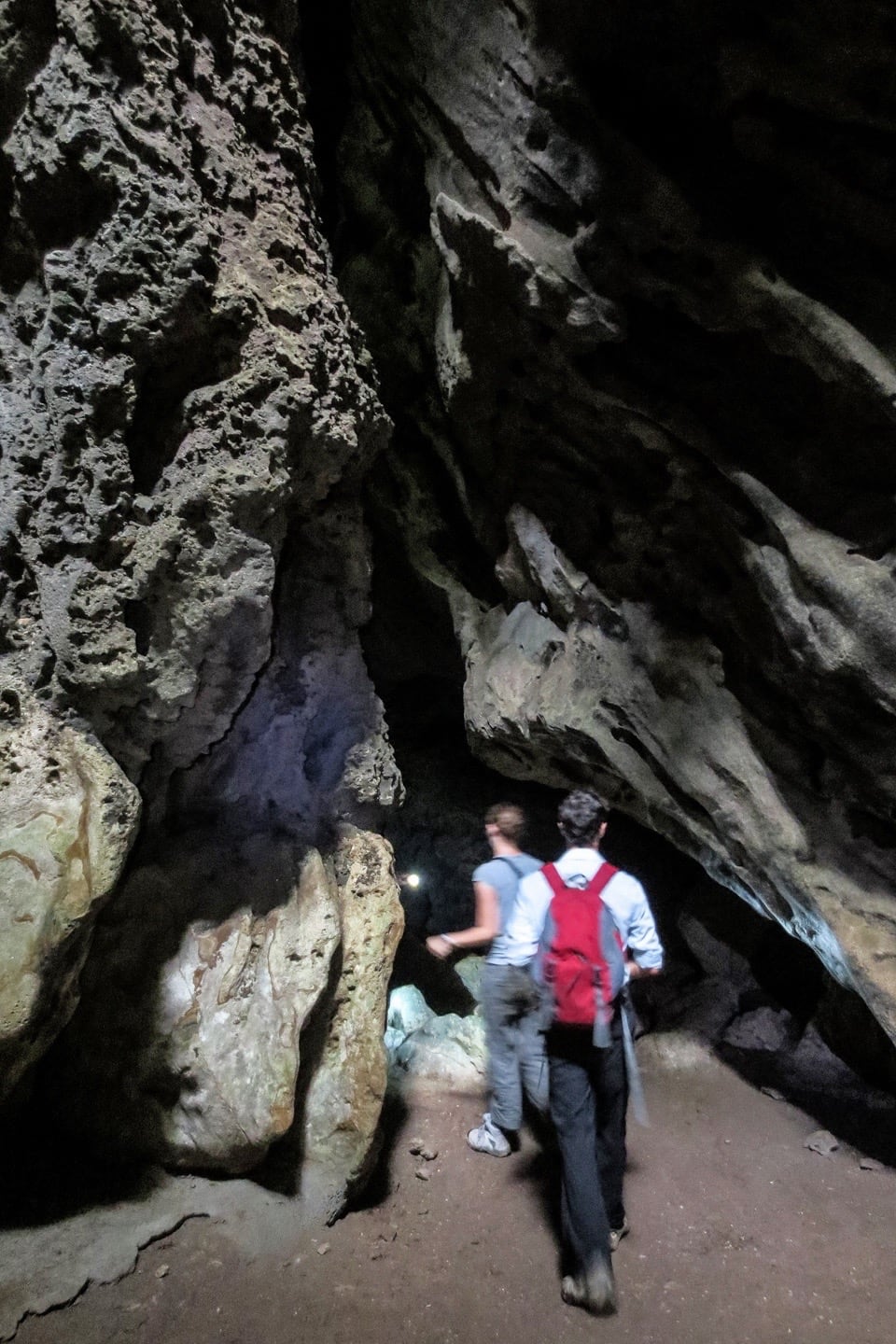 Hey Scooby…I have a baaaaad feeling about this… 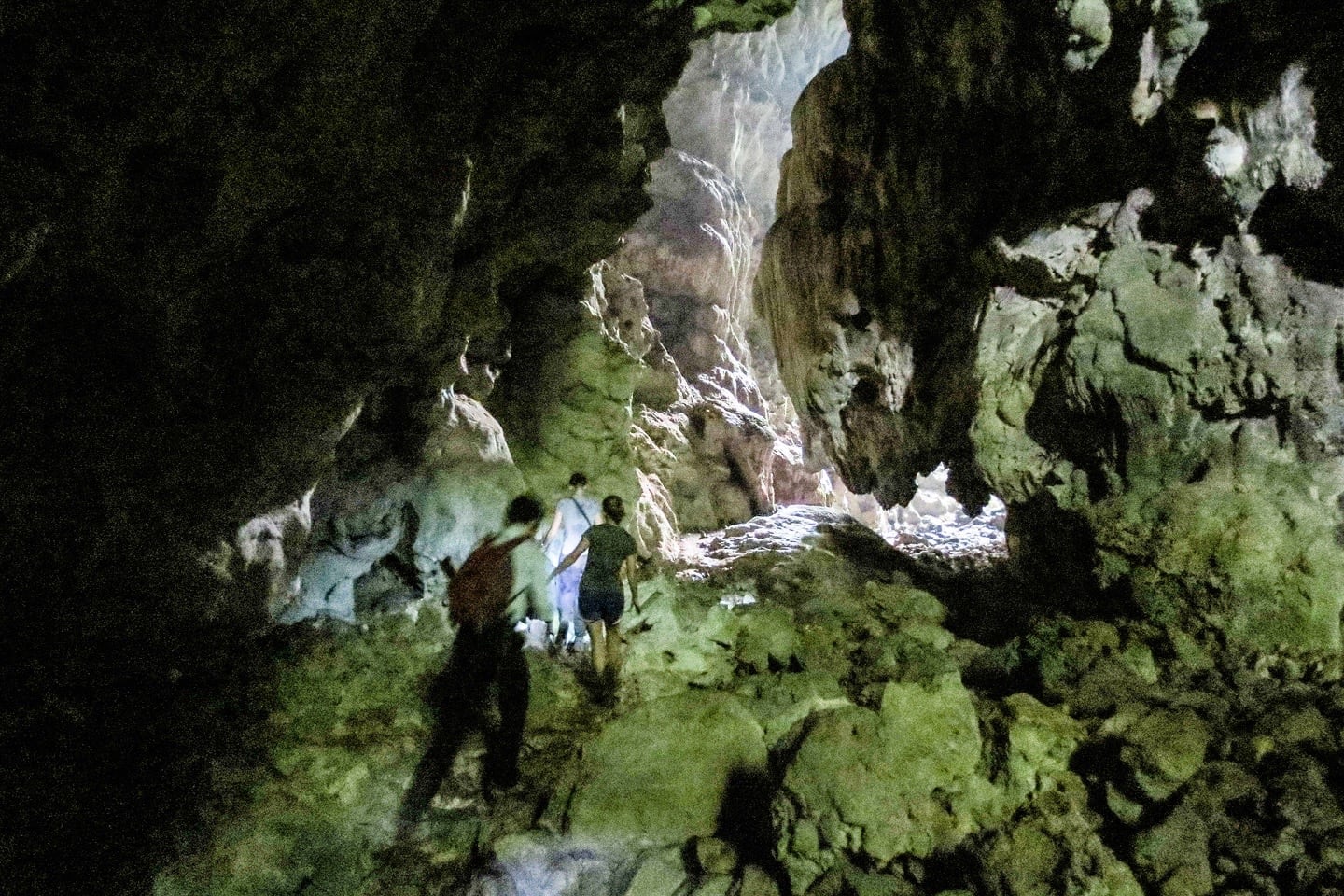 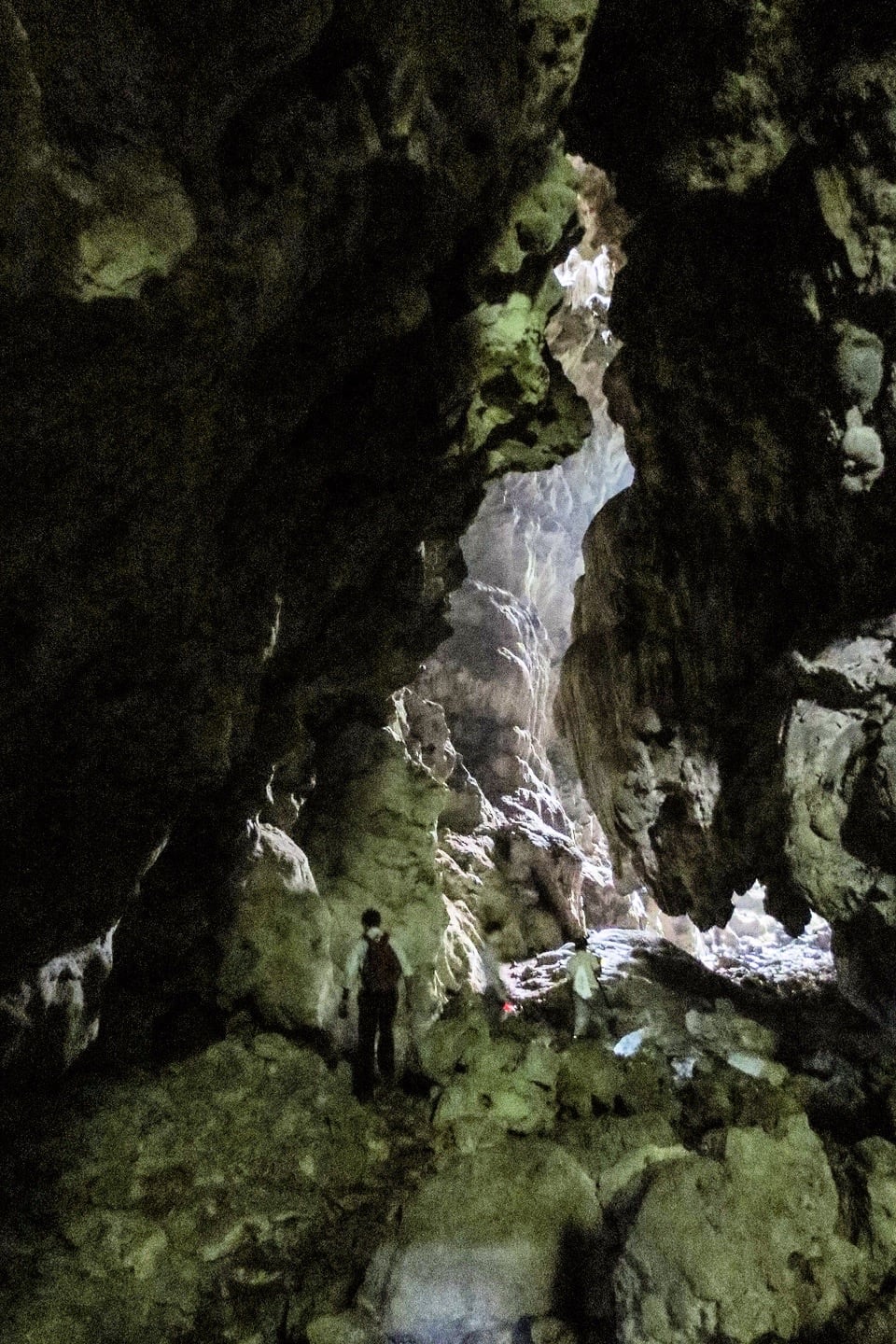 Lori and I have been in a few caves in Belize and have marveled at how different of an experience each one offers. What made this one particularly unique is that it had no water running through it (the others had subterranean rivers carving out the underworld), and opened to the outside world high above from time to time. It was also our first cave experience in Belize in which our guide didn’t utter ‘XiBALba’ once. NOT ONCE! Xibalba (shee-BAHL-buh) is the name of the Mayan underworld. Our past guides invoked it’s usage so many times, you’d probably die if you made a drinking game out of it. But not Pedro. Pedro didn’t dare utter that Mayan word of fear and mass-tourism. 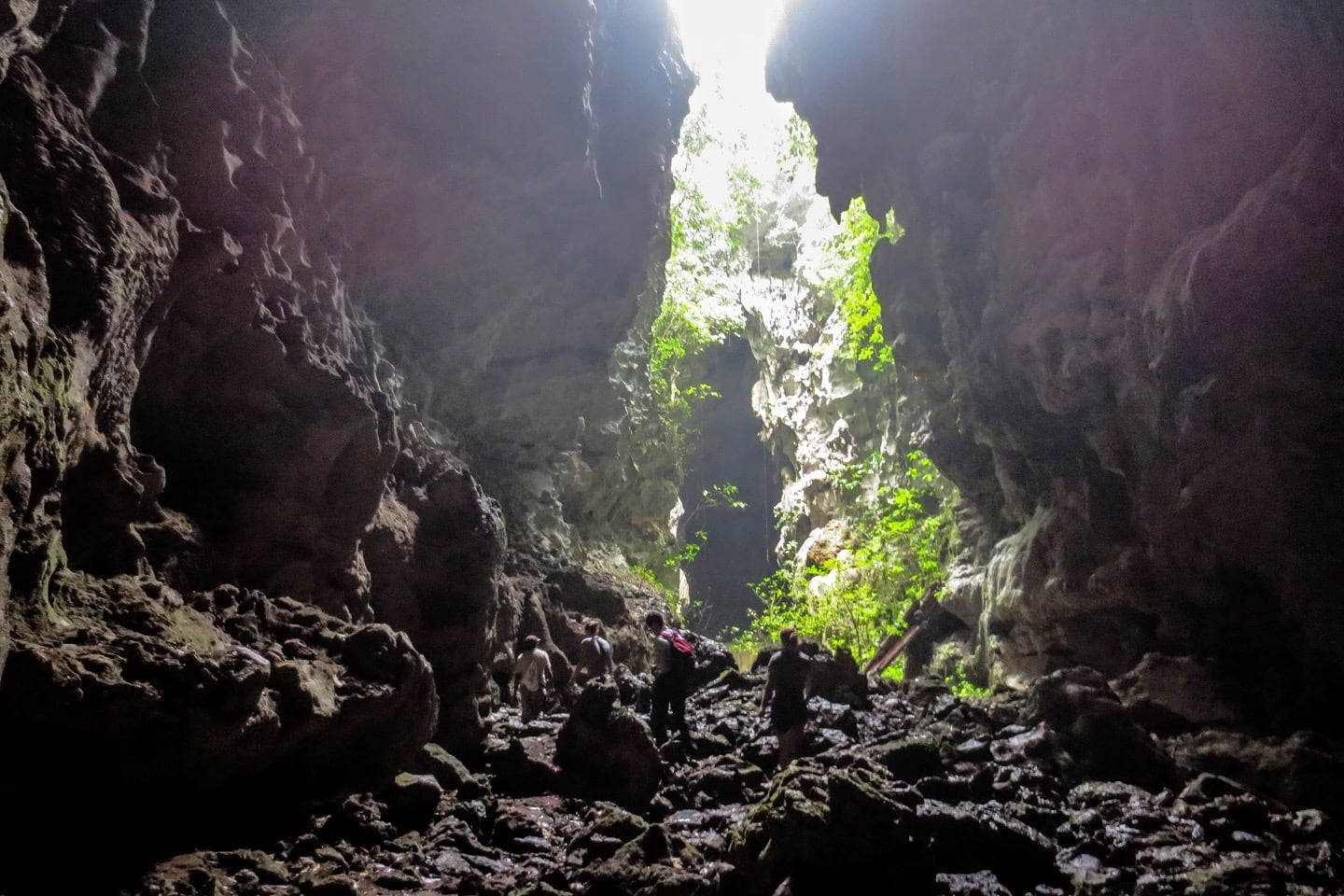 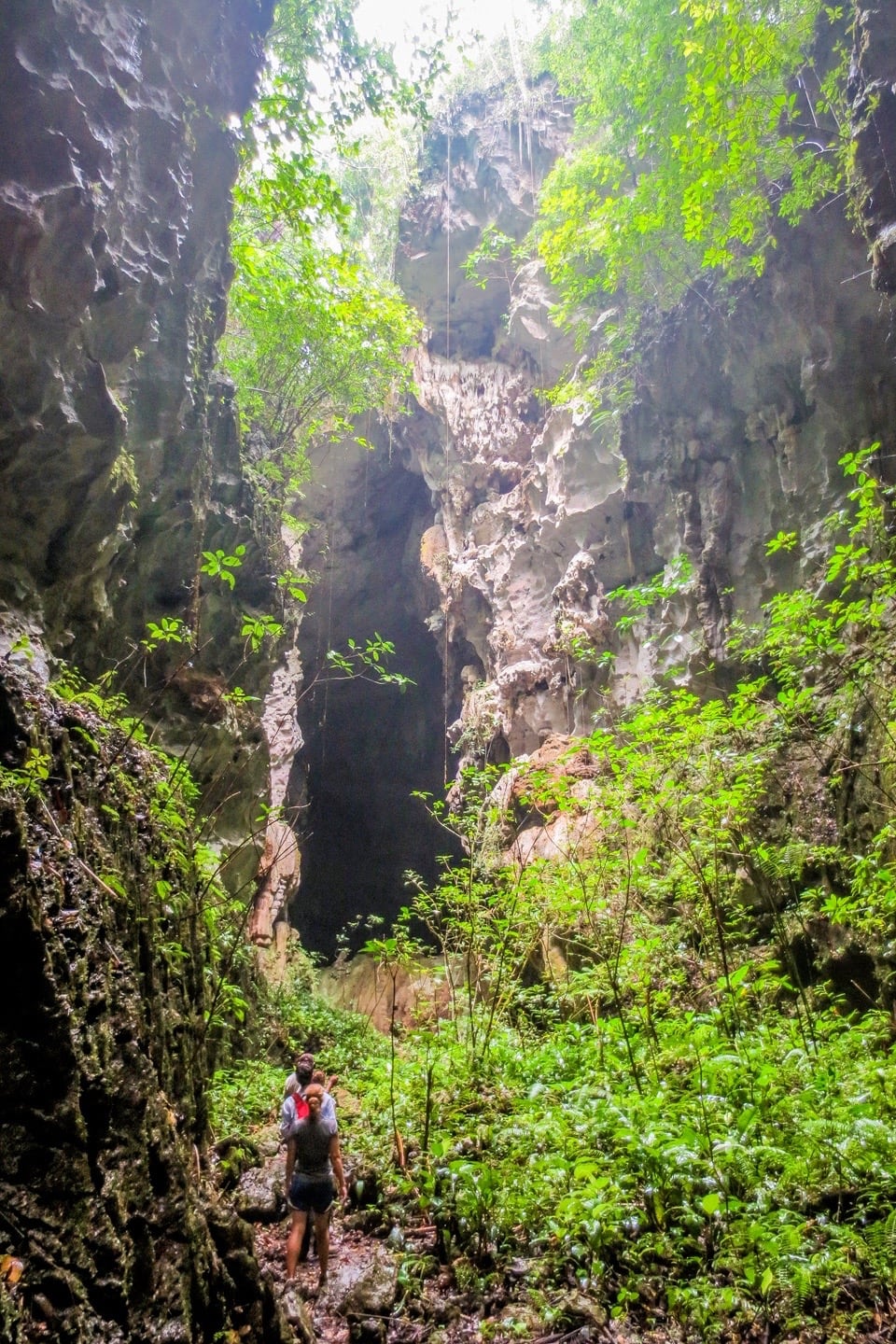 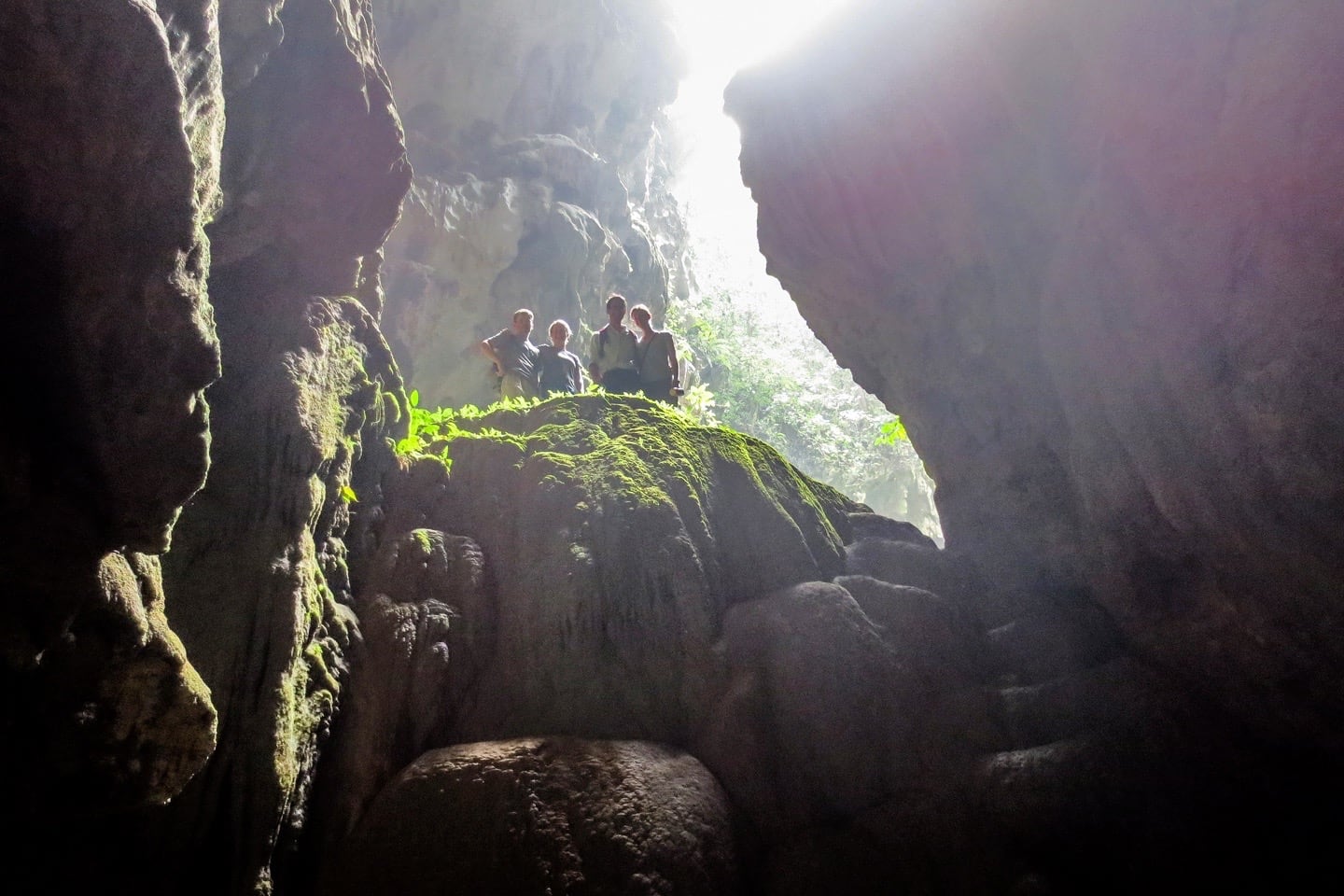 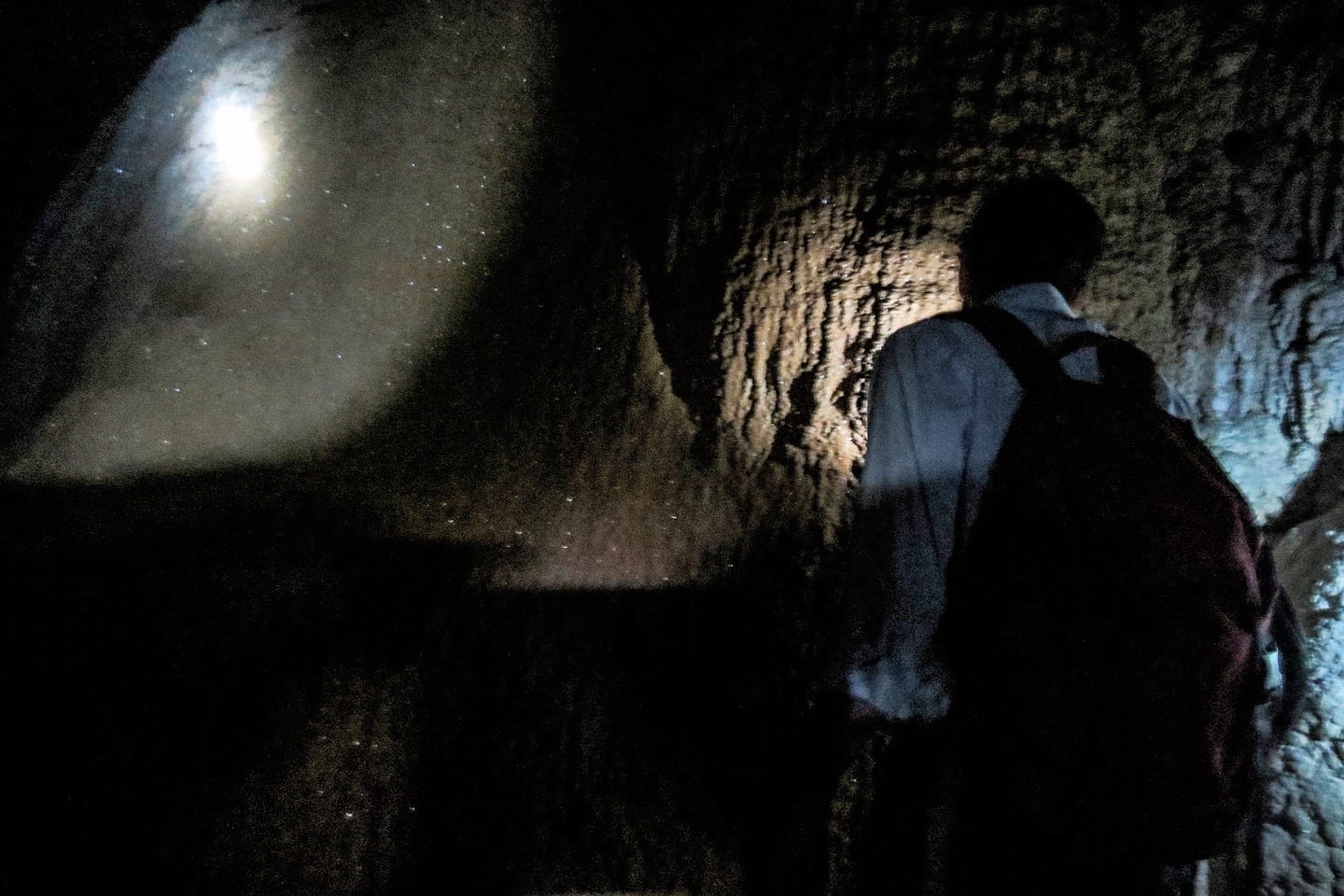 Shimmering crystals on a cave formation deep within the bowels of the Tiger [Cave]. Grrrrr! 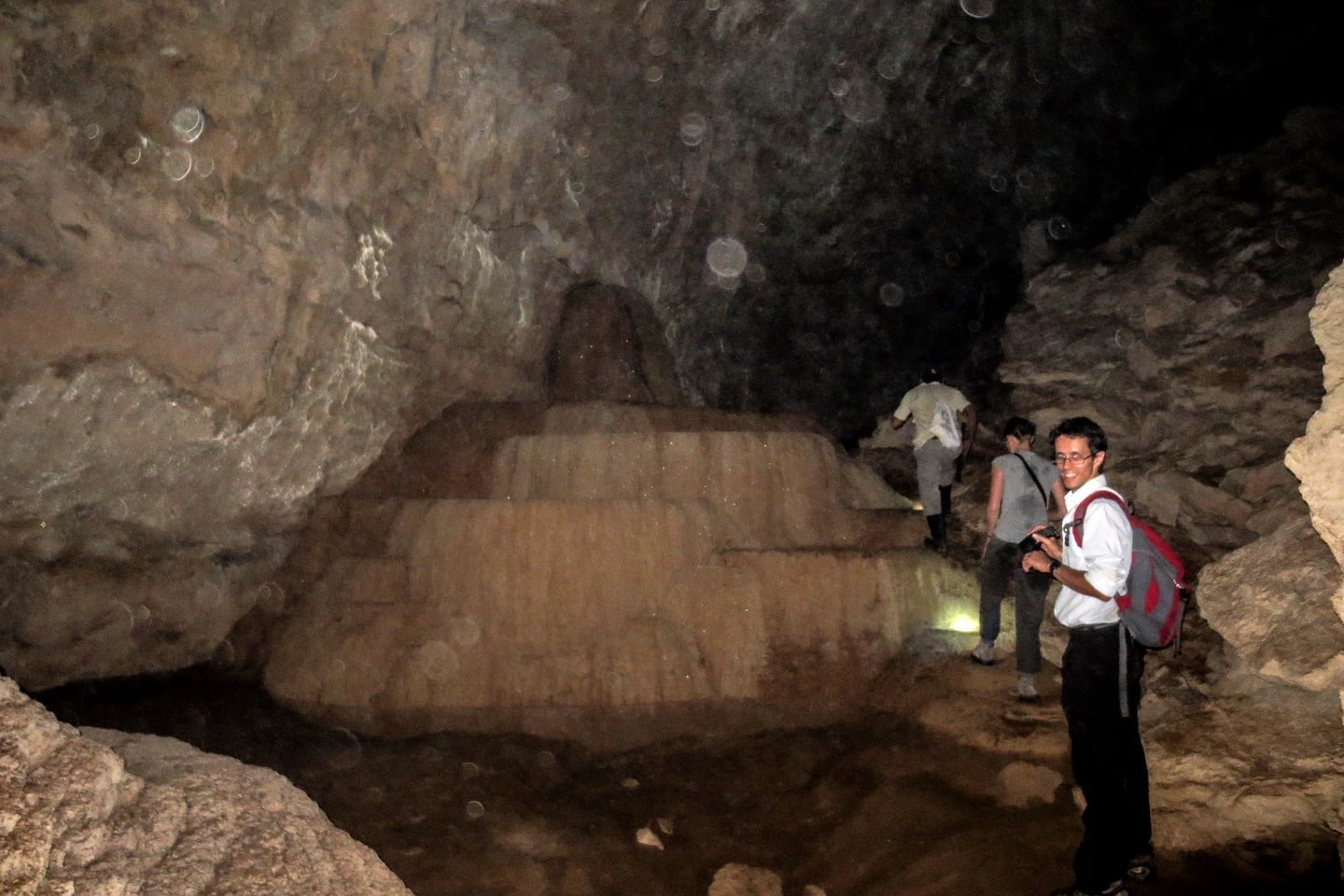 Apparently, during the rainy season, this crystaline formation is awash with cascading water. In May, it resembles the product of a Jell-o party mold. 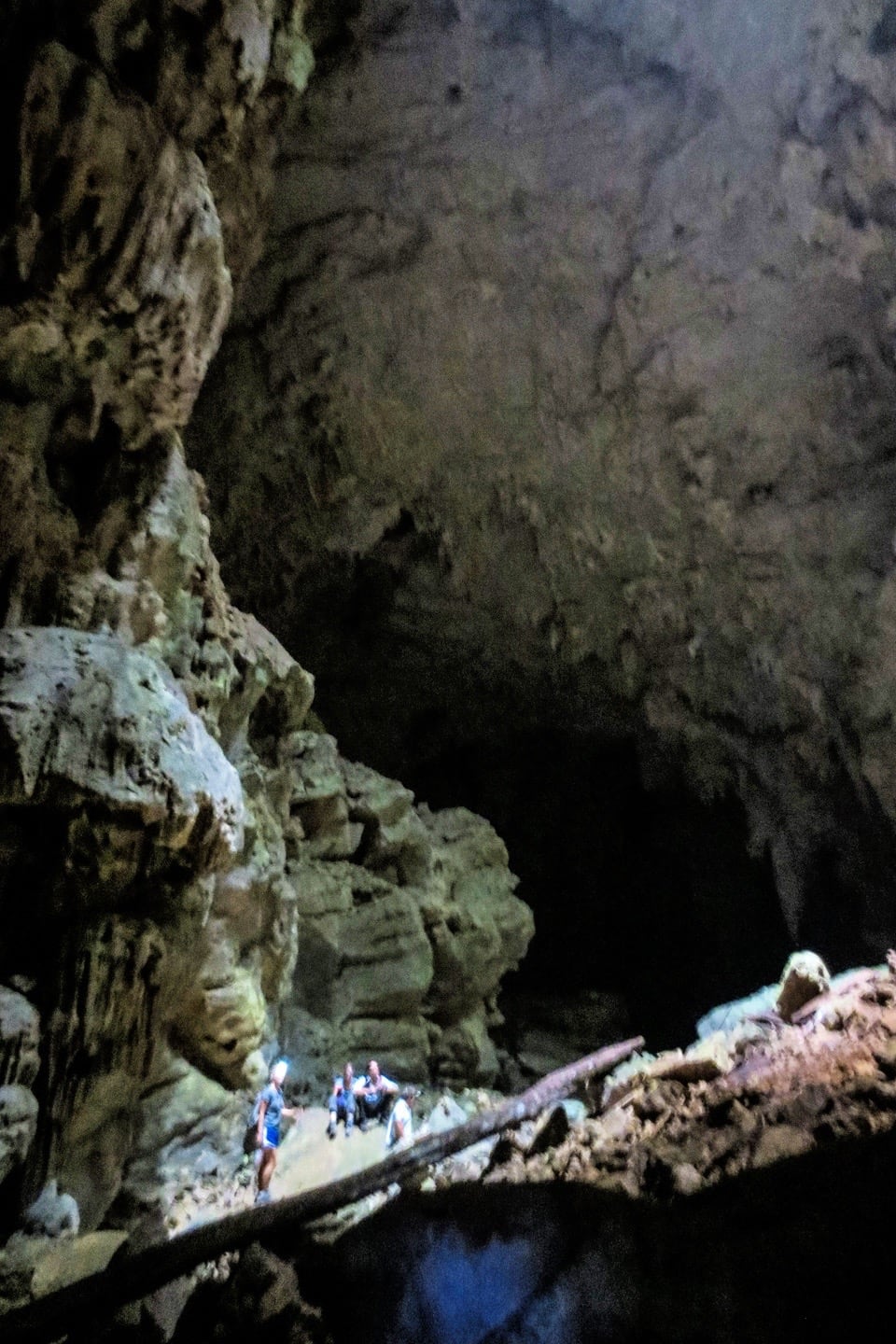 Taking a break where the sun shines in. 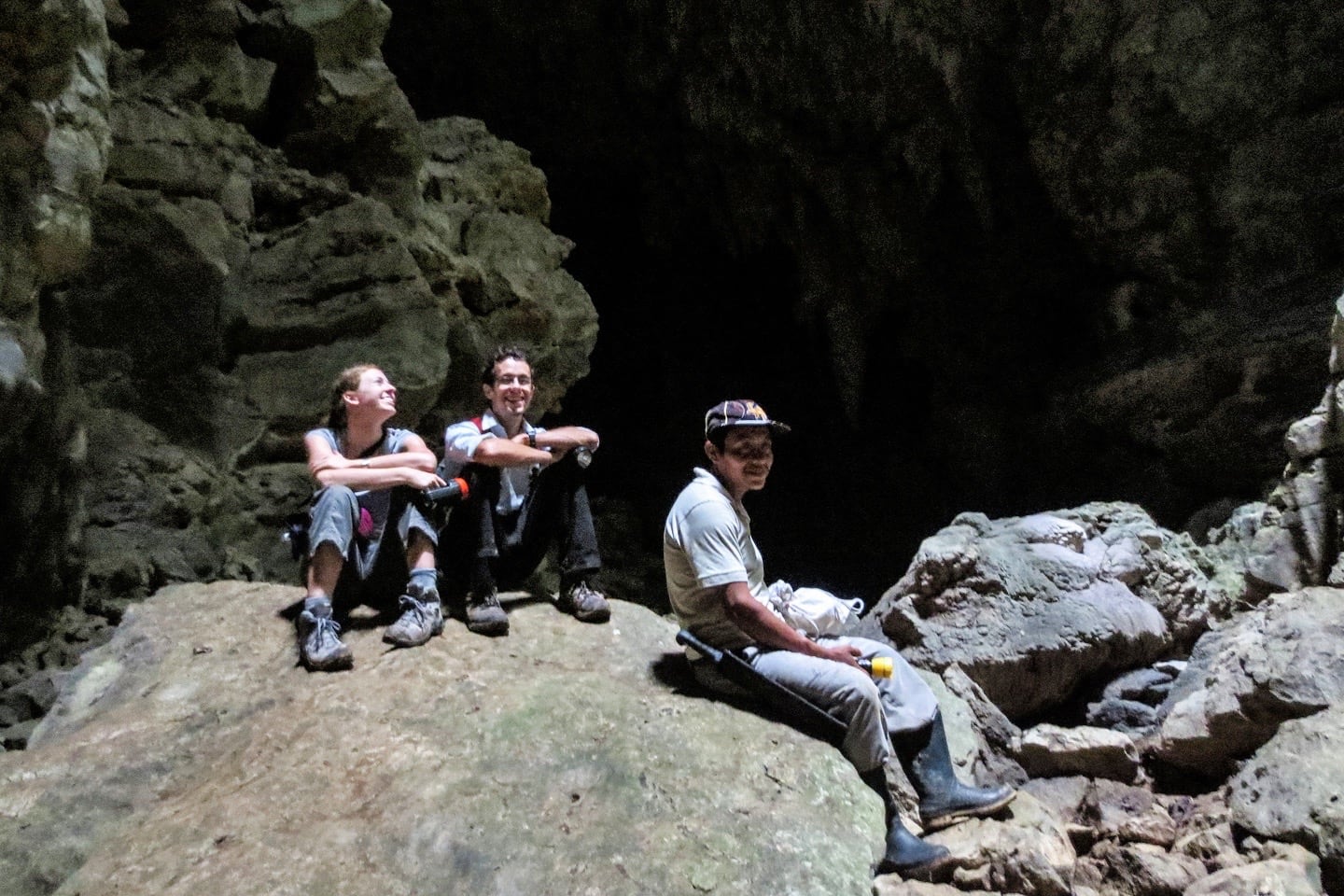 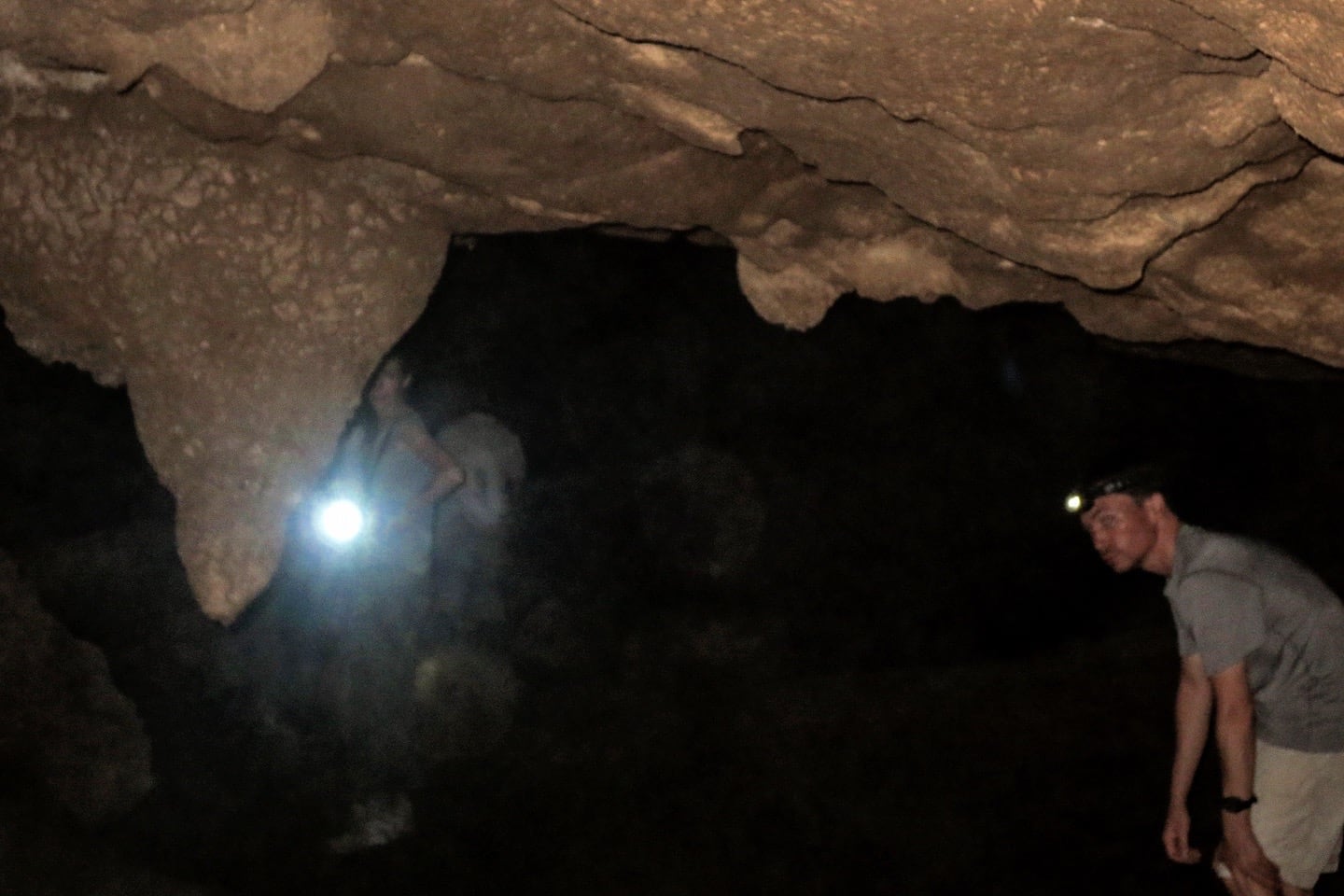 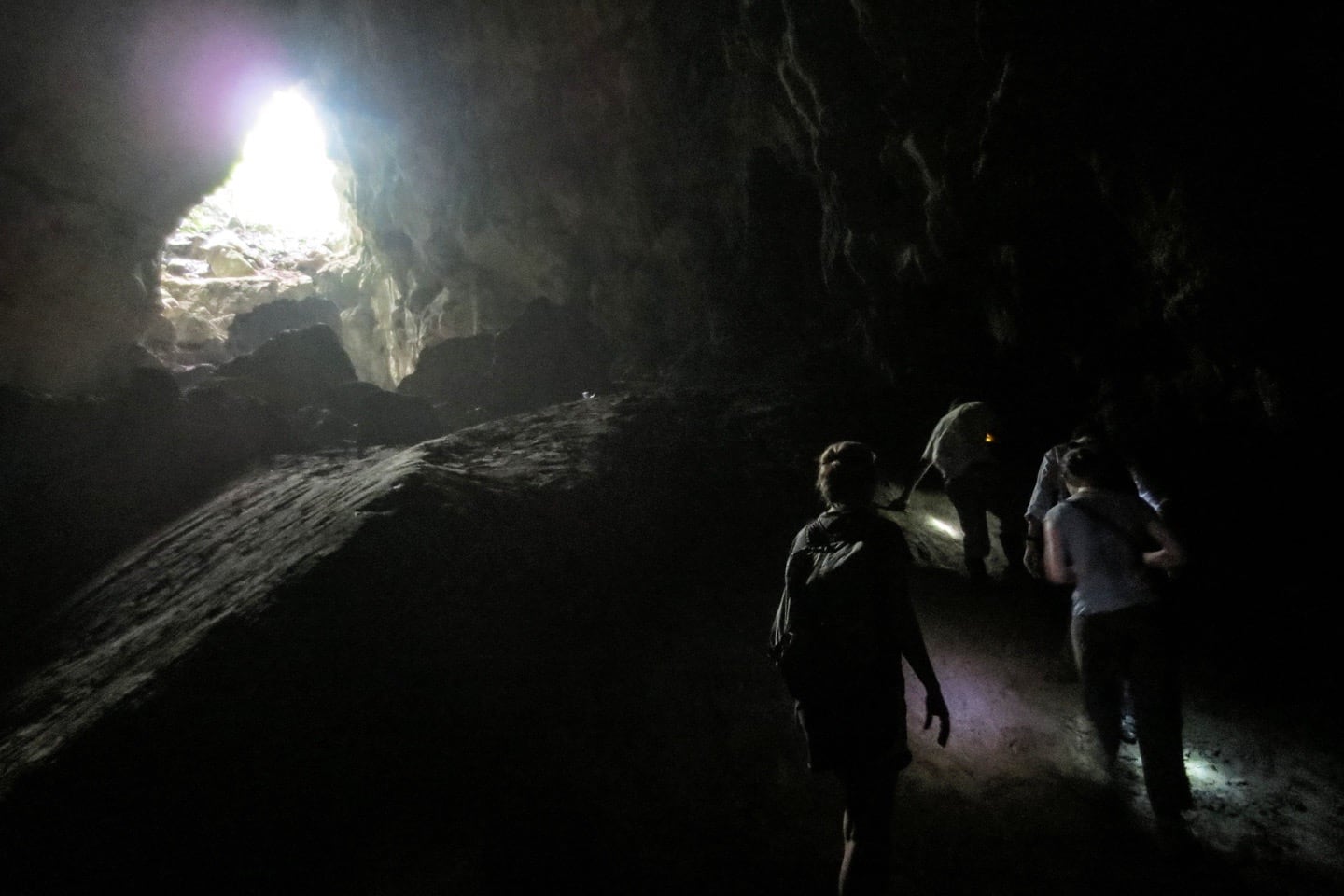 After a while meandering through the cave, Pedro gave us the option of retracing our steps and hiking back out the easy way we came, or climbing up a muddy embankment to another less-trodden exit, into dense jungle and bushwhacking our way back to civilization. We chose the latter option, of course. 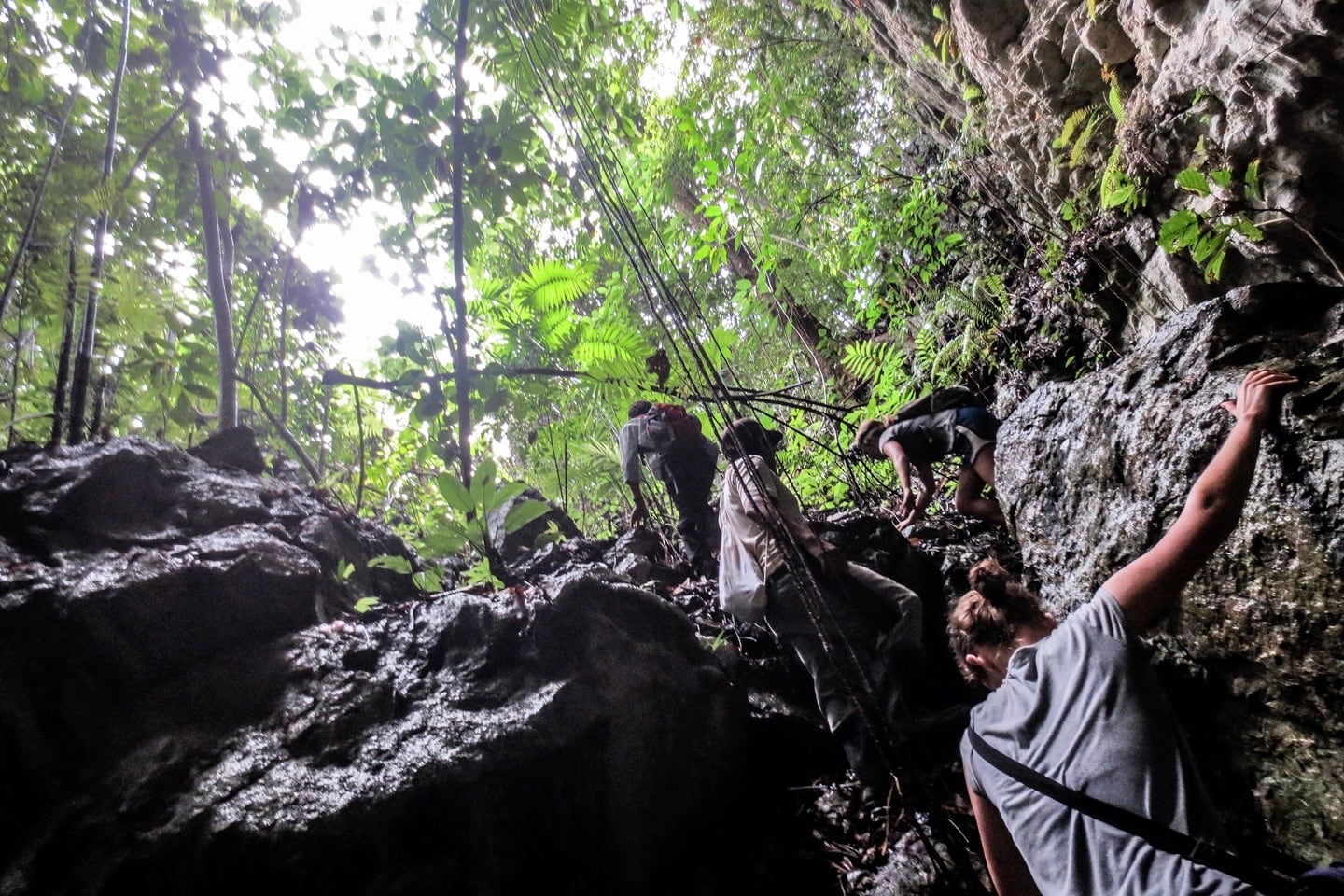 Climbing out of the backside of the Tiger [Cave]. Grrrr! 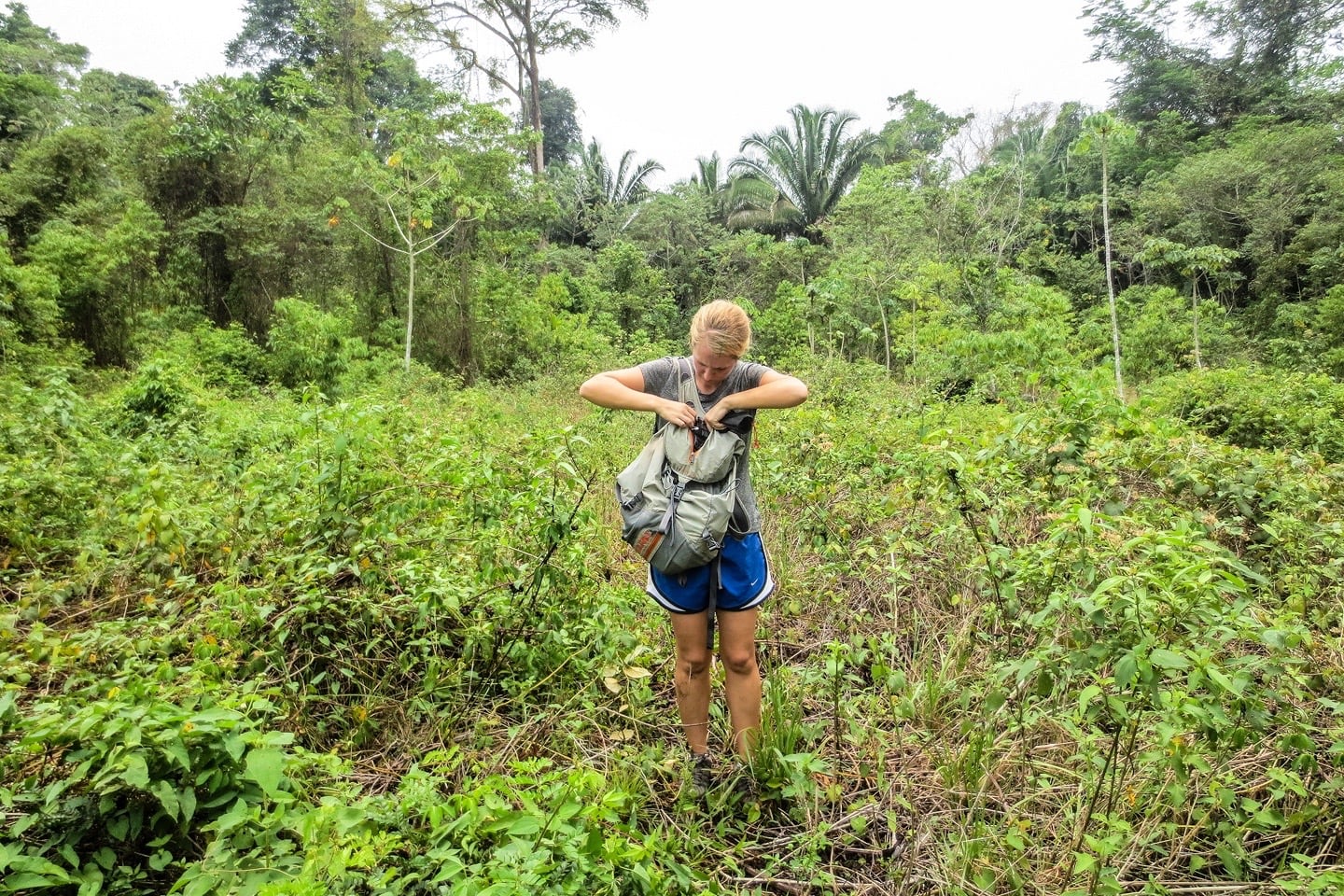 I like to call this one: “Battling with a Broken Rucksack Zipper in a Jungly Meadow” 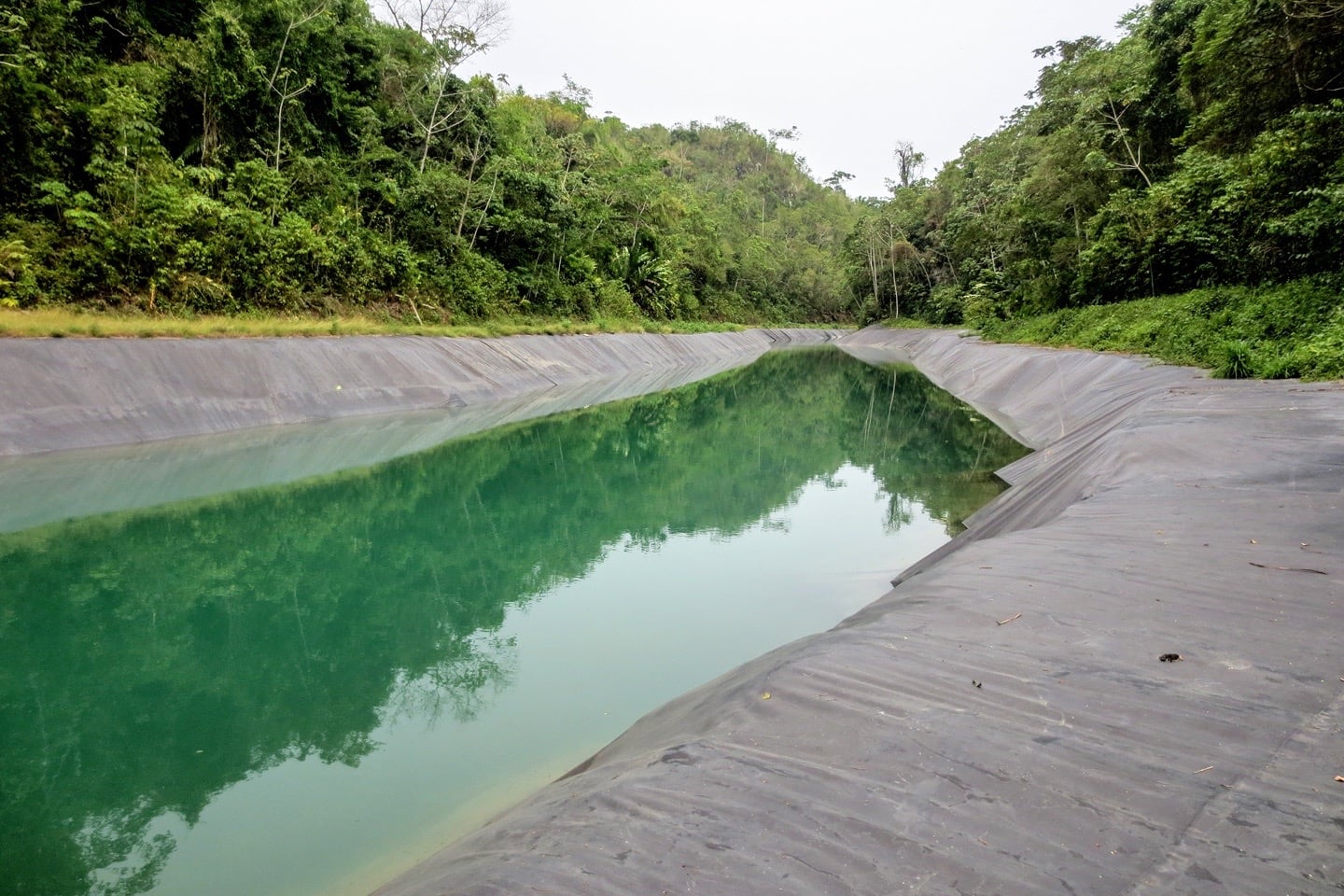 Our exit path took us along a reservoir on the Rio Grande. It was unique in our eyes as we hadn’t seen a reservoir constructed with a sort of teflon lining before. It didn’t seem as if it would hold up for very long, and indeed Pedro informed us that one section is changed each year during the dry season. He was also asked whether he thought the dam was a good thing, but didn’t have much to say about that. Still, I’m curious about the project and have attempted to find out more online, but the contentious HydroMaya dam project proposed in the nearby Bladen Nature Reserve seems to be getting most of the area’s attention. 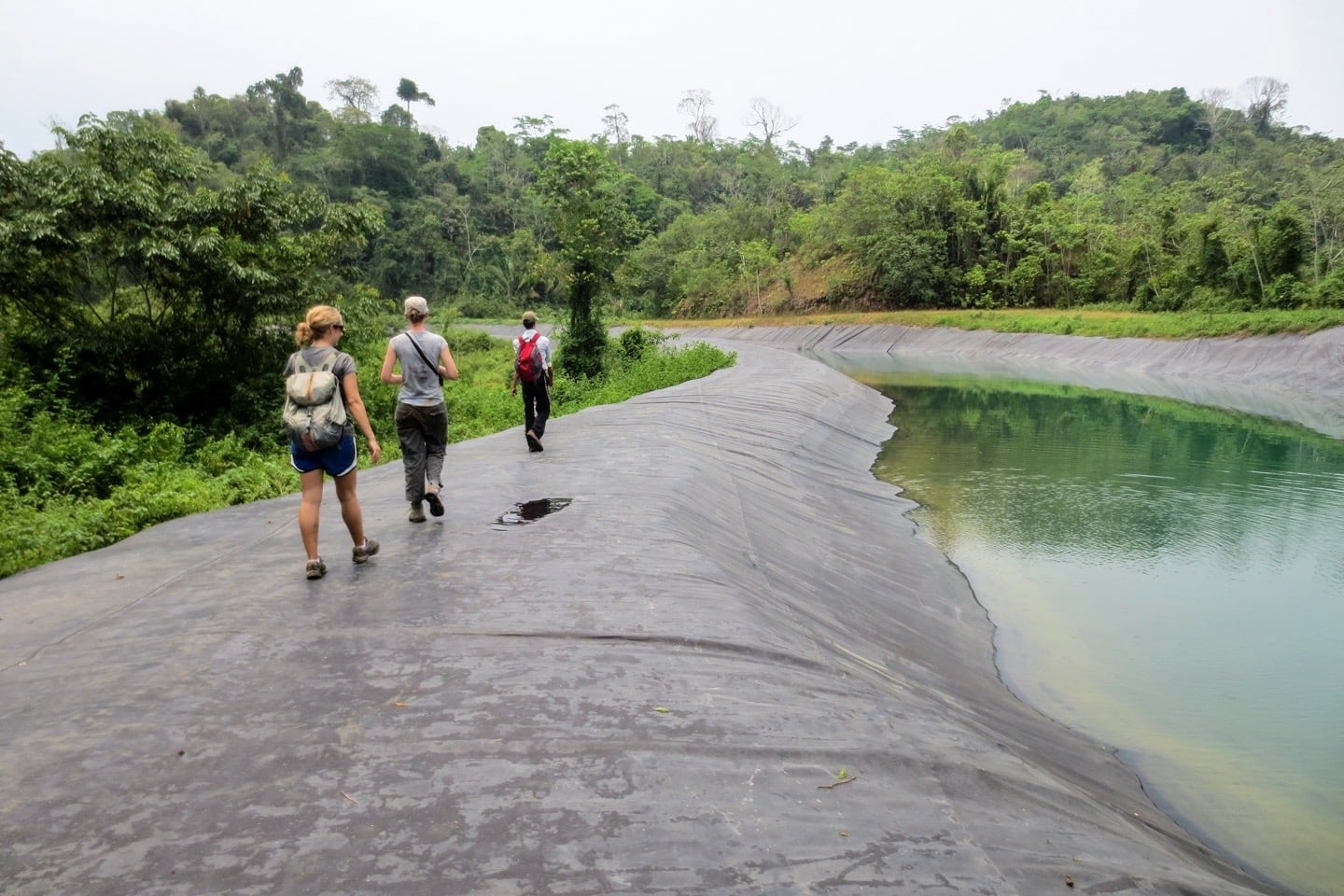 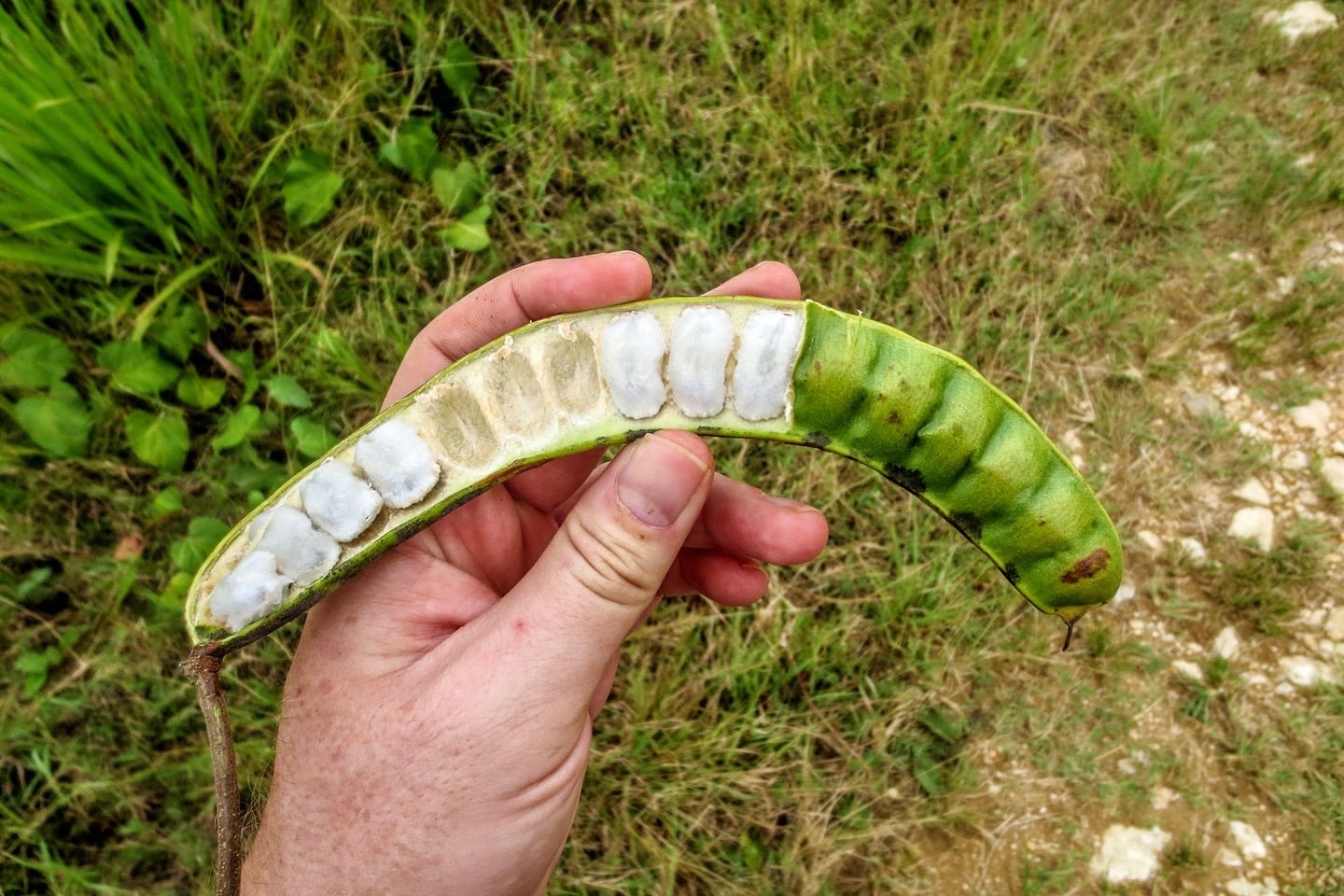 Known as Bri-Bri here in Belize, Pacay in parts of Central America and Ice Cream Bean in other English-speaking tropical countries, a few of these pods provided a sweet and tasty treat for the hike back to San Miguel.