After four long weeks in Mozambique we arrived in Zanzibar, and the difference was startling — the food, the friendliness, and the value for the money were incomparable. 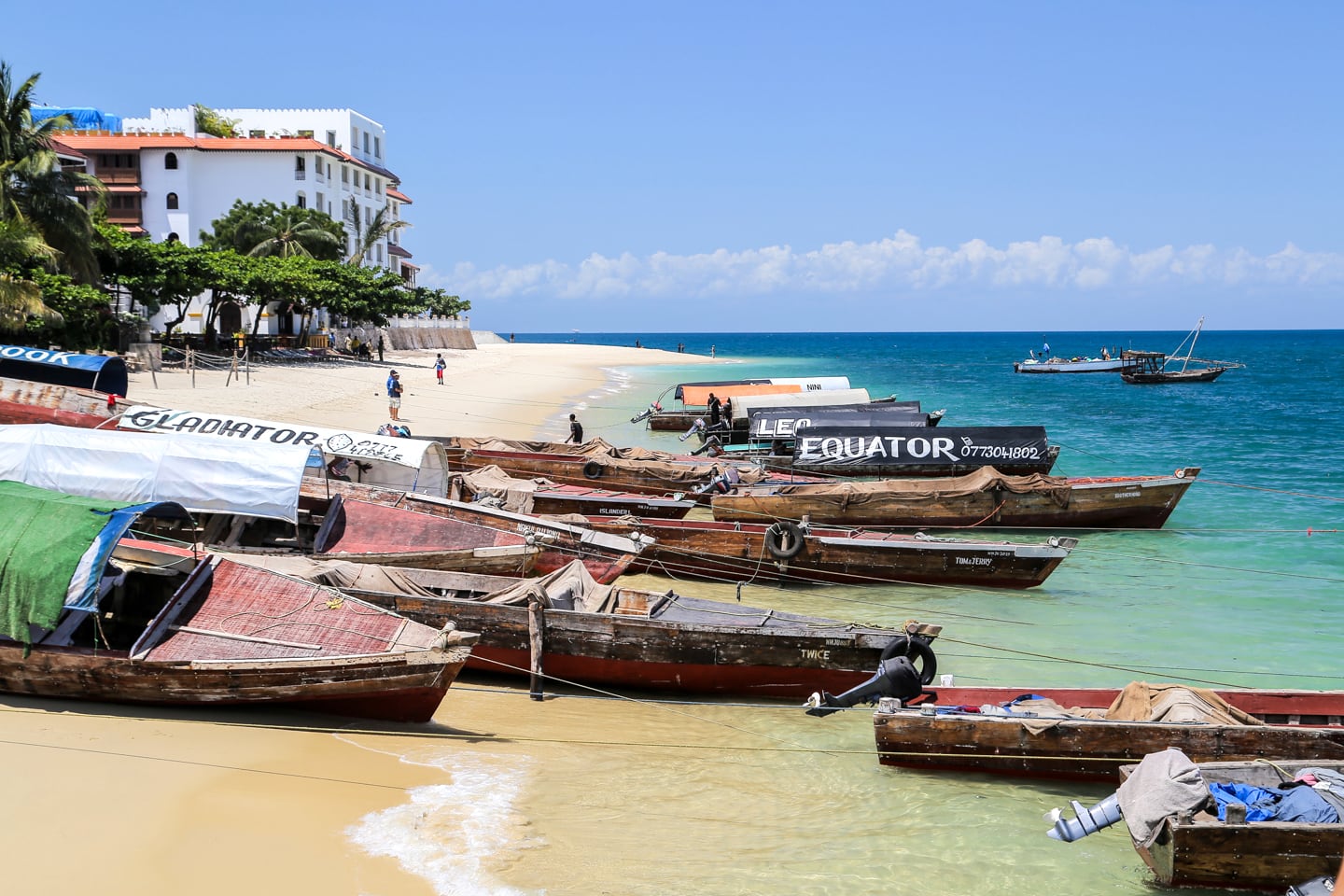 Oh Zanzibar! Arriving in a new country hasn’t felt this good since leaving India for Thailand!

I knew Tanzania was going to be a bit different from the moment we started calling around from Mozambique to various hotels in Dar es Salaam and Zanzibar and they were just so nice and so courteous, saying absolutely crazy things like please and thank-you and you’re welcome.

Even speaking very kindly and respectfully with people in Mozambique in Portuguese in a country that I lived in for two years and knew a great deal about, people of all walks and all occupations were just incomprehensibly unhelpful and apathetic, if not downright rude. It isn’t clear to me whether this is something that has grown worse over time or that I’ve simply blocked out over the past decade. Either way, it’s very sad. It’s not that I blame Mozambicans, necessarily. It’s got to suck in a lot of ways to be Mozambican these days, I mean, really suck. But still, a decade ago, I remember people being so kind, thoughtful, genuine and optimistic, even after enduring three decades of conflict, and so on and so forth. Our experience this time around was very different in that respect, unfortunately. But back to Tanzania…

We had heard a lot of bad stuff about Tanzania — the crime, the touts, the difficulty traveling, but were ready to give it a chance. And then BOOM, we’re there at the airport in Dar and the airport staff (and even some of the immigration officials) are just incredibly courteous and the waiting areas have…dare I say…FREE HIGH-SPEED WIRELESS INTERNET — something Lori and I hadn’t really experienced since leaving DC over two months ago! Plus, food prices, transport prices, lodging prices, are far more reasonable, and there is definitely a sense that we had been transported to another galaxy altogether.

By the time we reached Pemba in the far north of Mozambique, we were beat. It had been building to this for a while — the long, hot, uncomfortable bus days starting at 2:30am, the unfathomably high prices of everything, paying out more than we would in DC and going to bed hungry, paying more than you would for a Motel 6 in the States for hellishly hot cockroach-infested dives, wondering who saves their money for months just to subject themselves to this level of travel torture that really doesn’t seem to be paying off at all (um, that would be us!).

Three weeks into our time in Moz and I, for one, felt like I had had enough of Mozambique for two lifetimes and was ready to move on. Lori was feeling similarly. One problem though, a big problem — a few days earlier we had booked flights from Pemba to Dar es Salaam (Tanzania) for the very last day of validity of our Mozambique visa, October 29th. At that time, we were done with the long and torturous travel days. We would have just assumed end the trip before continuing from Pemba, overland into Tanzania and up to Dar. At some point in my life, I would have been up for the adventure — I’m not sure which day in 2004 that would have been, but I’m sure there was a time. But I suppose there comes a time when you’ve had numerous adventures and you become a bit — maybe conservative isn’t the right word, maybe it’s economically-minded — about things — weighing the costs and benefits, the pros and cons. I could be spending three hellish days overland trying to get to Dar, or for about the same amount of money spend that time sipping beer and eating real food on the beach for two days before taking a flight on the third…hmm.

So we booked the tickets. We were going to use that fourth week to head up to Ibo Island and the Quirimbas, which were supposed to be amazing (but very expensive and/or very basic). After spending a few days in Ilha de Moçambique though we began to think that we really didn’t want to go to the Quirimbas after all…that we really just wanted to stop lugging our stuff all over the place and stay put for a little while — which made for an extended stay in both Ilha and Pemba, but that’s another story. We also barely got the U.S. cash together to enter Tanzania, and that’s another story as well. 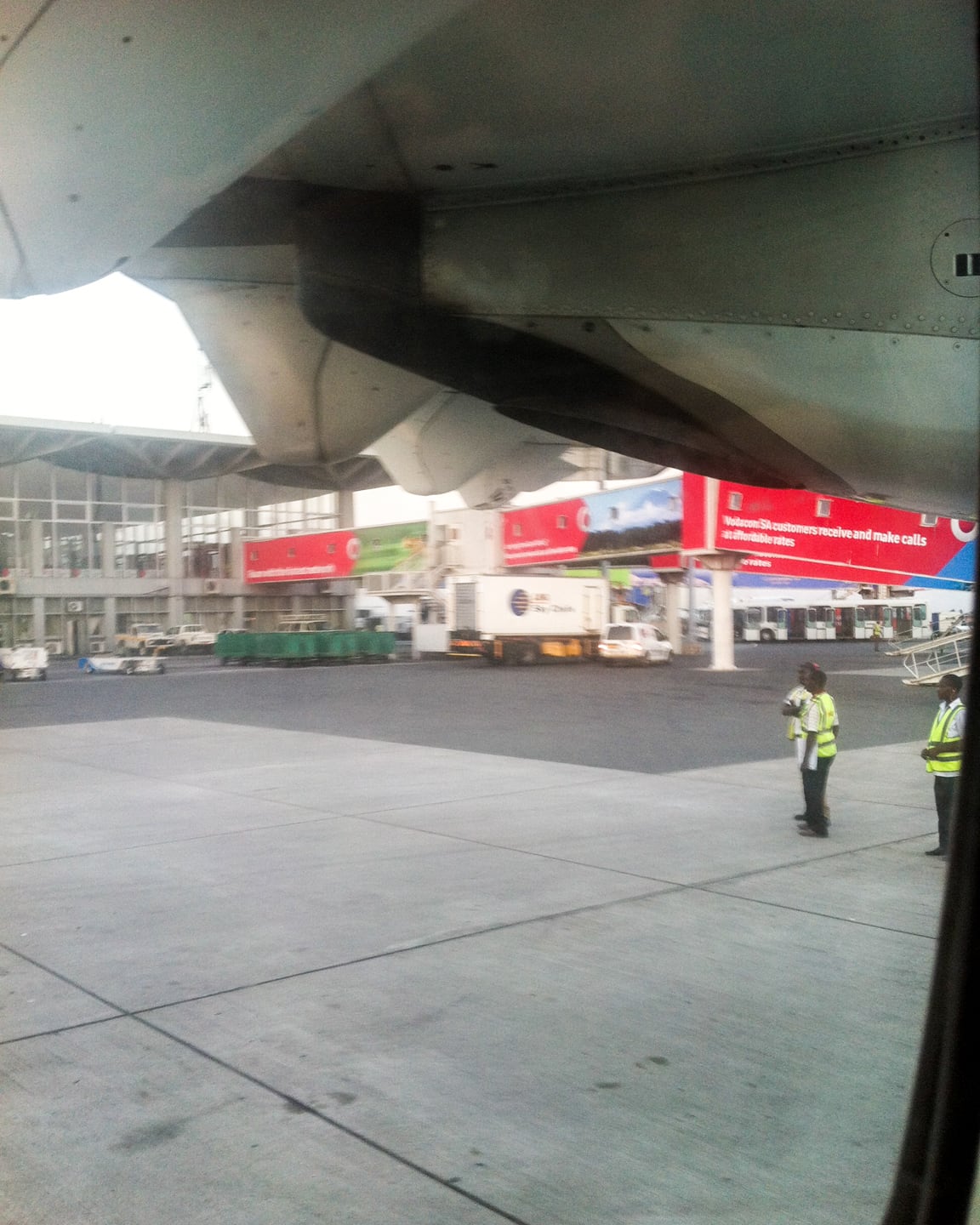 After a luxurious layover soaking up the free high-speed wifi at Julius Nyerere International airport in Dar es Salaam, we boarded our PrecisionAir twin turbo-prop ATR-72 to discover that we were the ONLY PASSENGERS ON THE PLANE. Um, awesome? Or creepy? 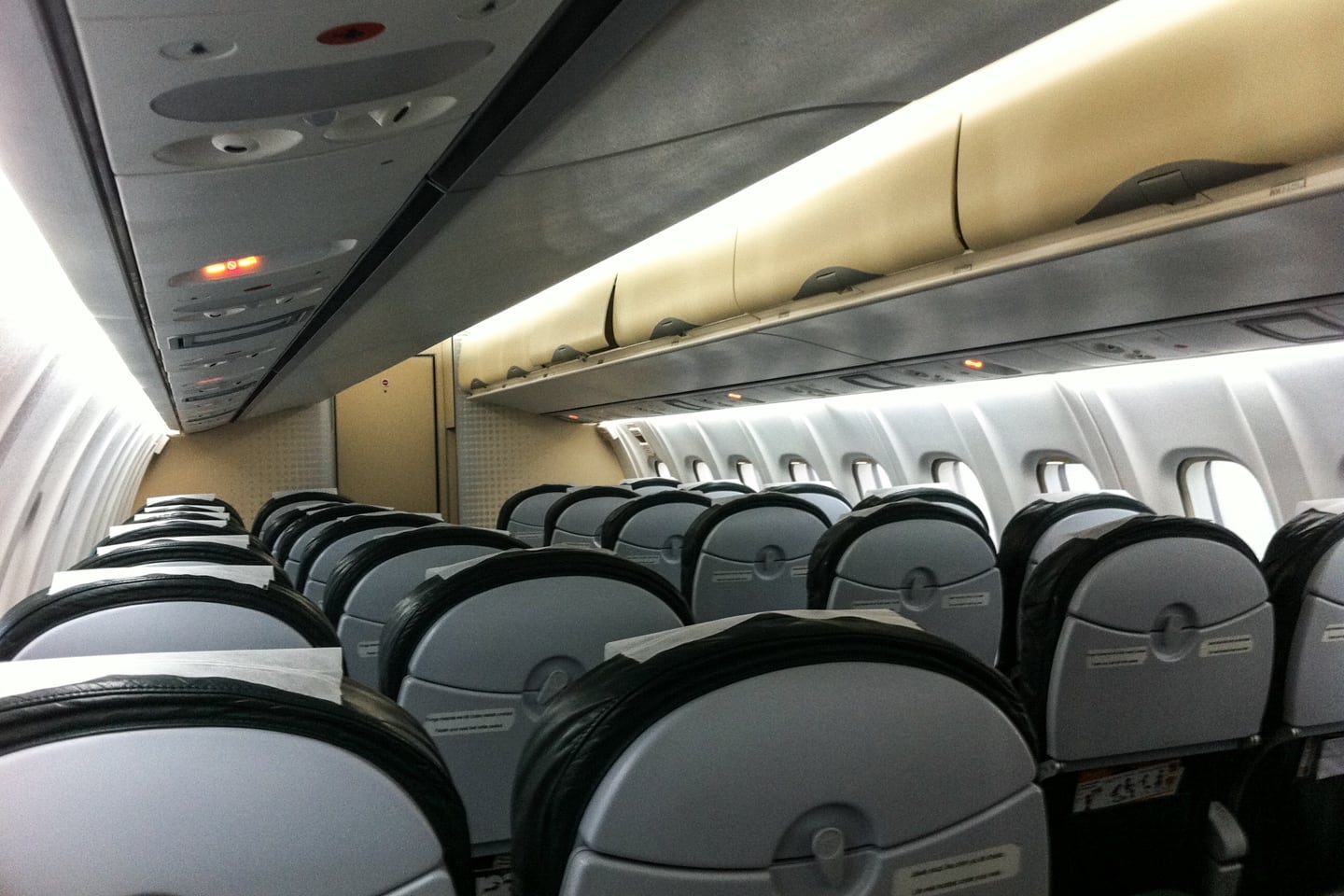 Seconds before departure, in true African fashion, a half dozen other passengers emerged from seemingly nowhere and took their seats. We were all grouped together under the wings, for proper weight distribution (or moral support in the event of a hard landing), I imagine. I’ll admit, it was kind of swank, sort of like having an executive airline all to yourselves — minus the bottomless champagne, eighteen feet of leg-room and personal in-flight massage, of course. 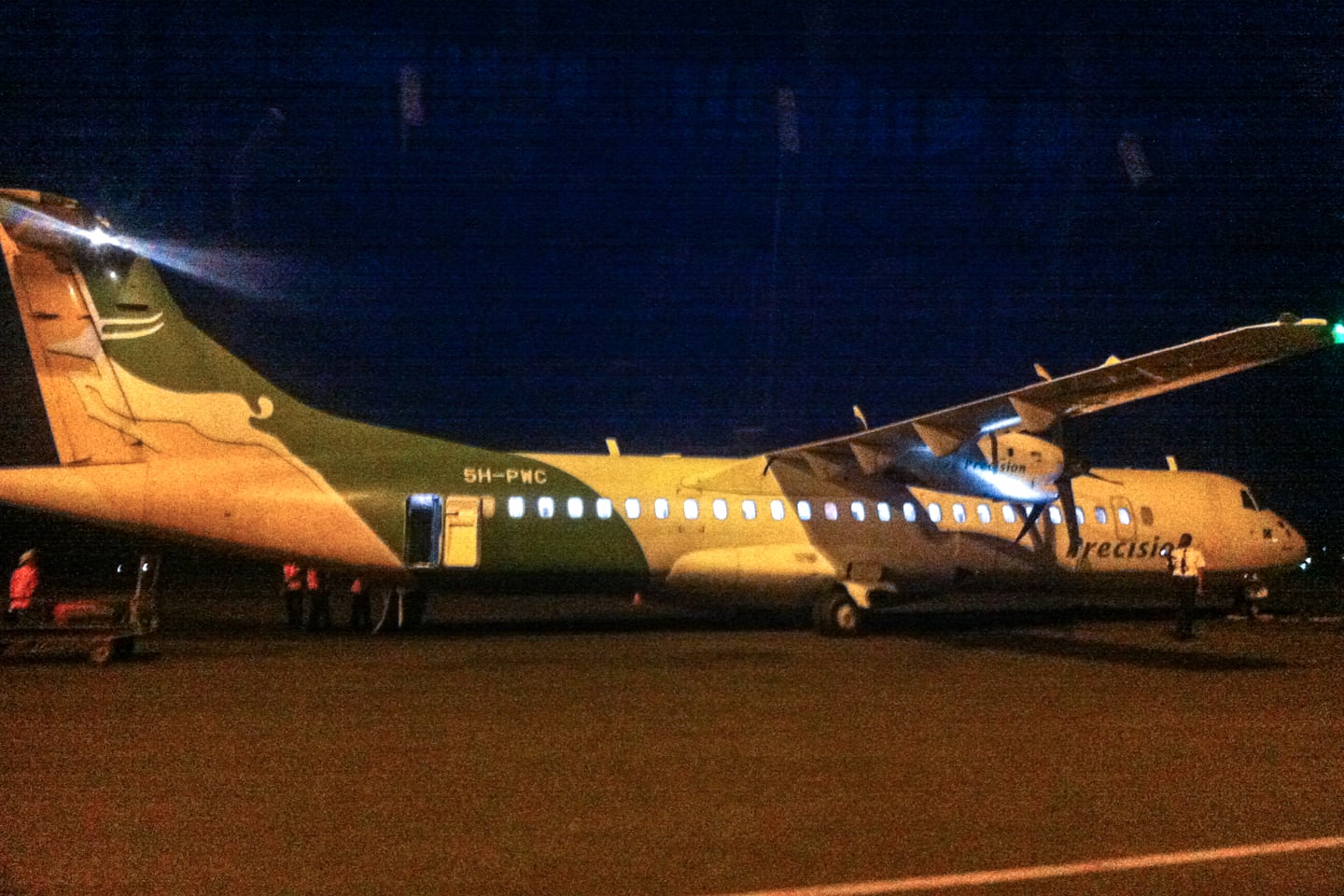 We left Dar and a gorgeous sunset, flying at 5,000 feet over the Indian Ocean. I had just reclined my seat and reached for the in-flight magazine when the pilot instructed the flight attendants to prepare for landing. Moments later, we were on Zanzibar. Flight time: 18 minutes.

We arrived in Stone Town, and it was glorious! The cab driver from the Zanzibar airport was great. Not only did he NOT pull a gun on us, steal our belongings or force us to withdrawal the full daily limit on all of our ATM cards, but knew exactly where our place was, and didn’t try to overcharge us or even ask for a tip (though we gave him one after the fact because he really went out of his way to get us to our not-so-easy-to-spot-in-the-dark hotel).

Our hotel — Coco de Mer — was a bargain and far exceeded our expectations, and we were already impressed the minute we arrived. And to top it off, there was an incredibly tasty and authentic Indian restaurant a short walk away from our place. We knew we’d get our share of Zanzibari food over the rest of our time, but it was heavenly just to be able to walk into that place, be enveloped by India and have that taste that we had craved on the tip of our tongues. 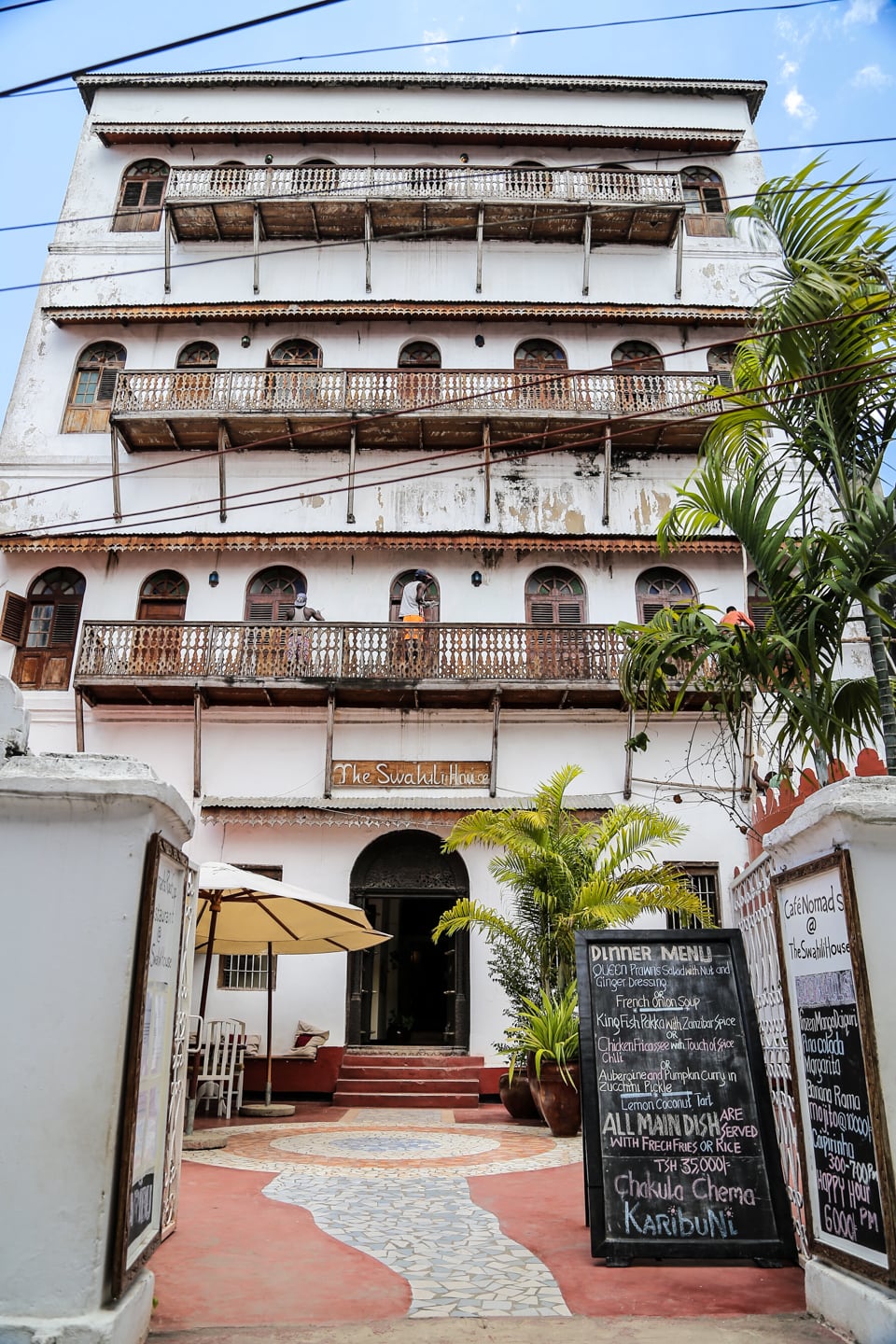 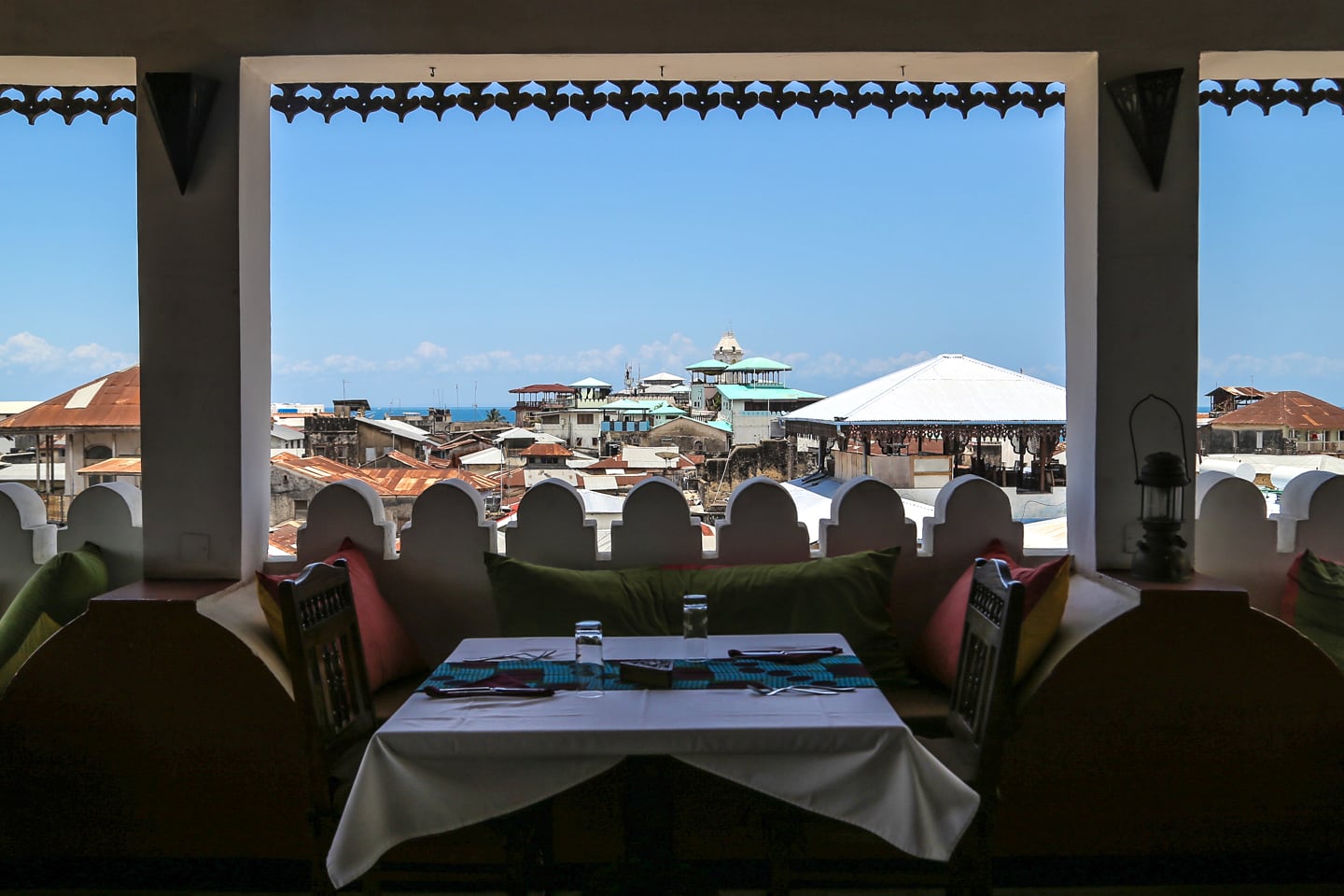 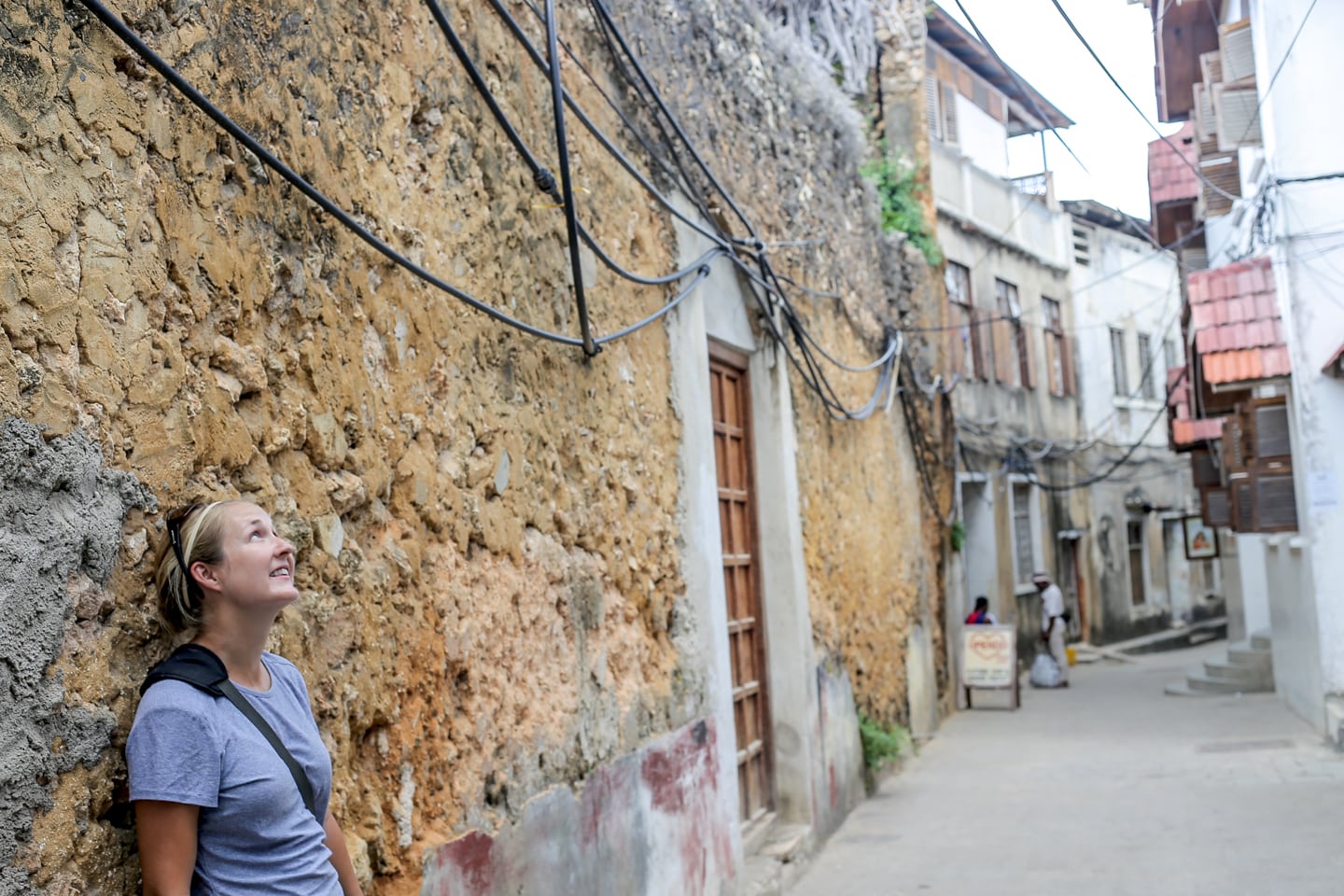 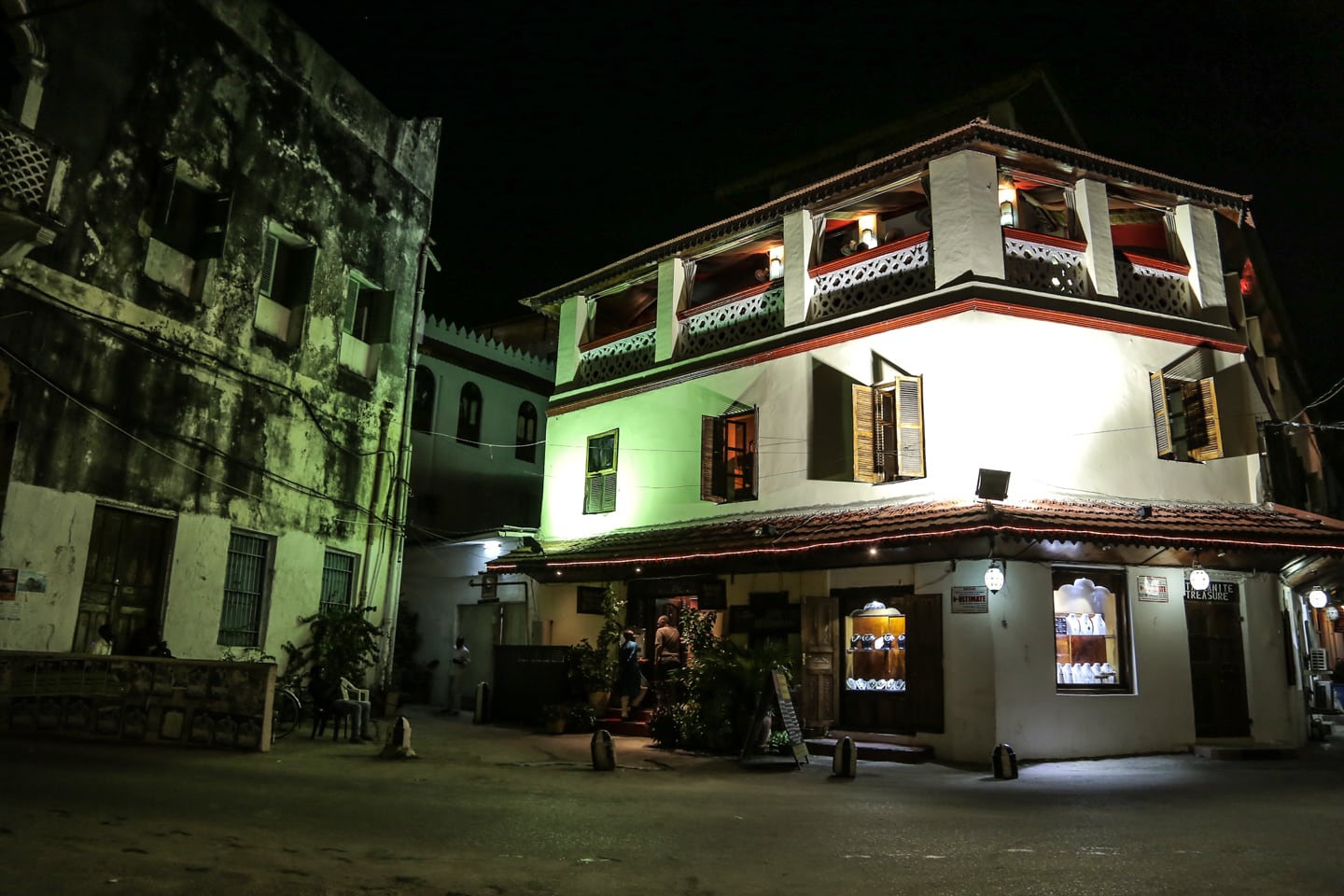 Happy to hear about good experiences.
Great place—always amazing when I see these kind of electric cables, miracle how it all works !!! 🙂

You deserve this break after the money exchange fiasco!