One of our final items of business in Quito was to explore the neighborhood of Guapulo, not exactly an easy feet on foot from Old Town, but undoubtedly worth it.

Our LP guidebook had this to say about Guápulo:

“If you follow Avenida 12…you’ll reach the Hotel Quito at the top. Behind the hotel, stairs lead steeply down the other side of the hill to the historic neighborhood of Guápulo. The views all the way down here are magnificent.”

Now, who can resist such an invitation? Even if it means a five mile round trip from our hostel…

But first, a word from the President… 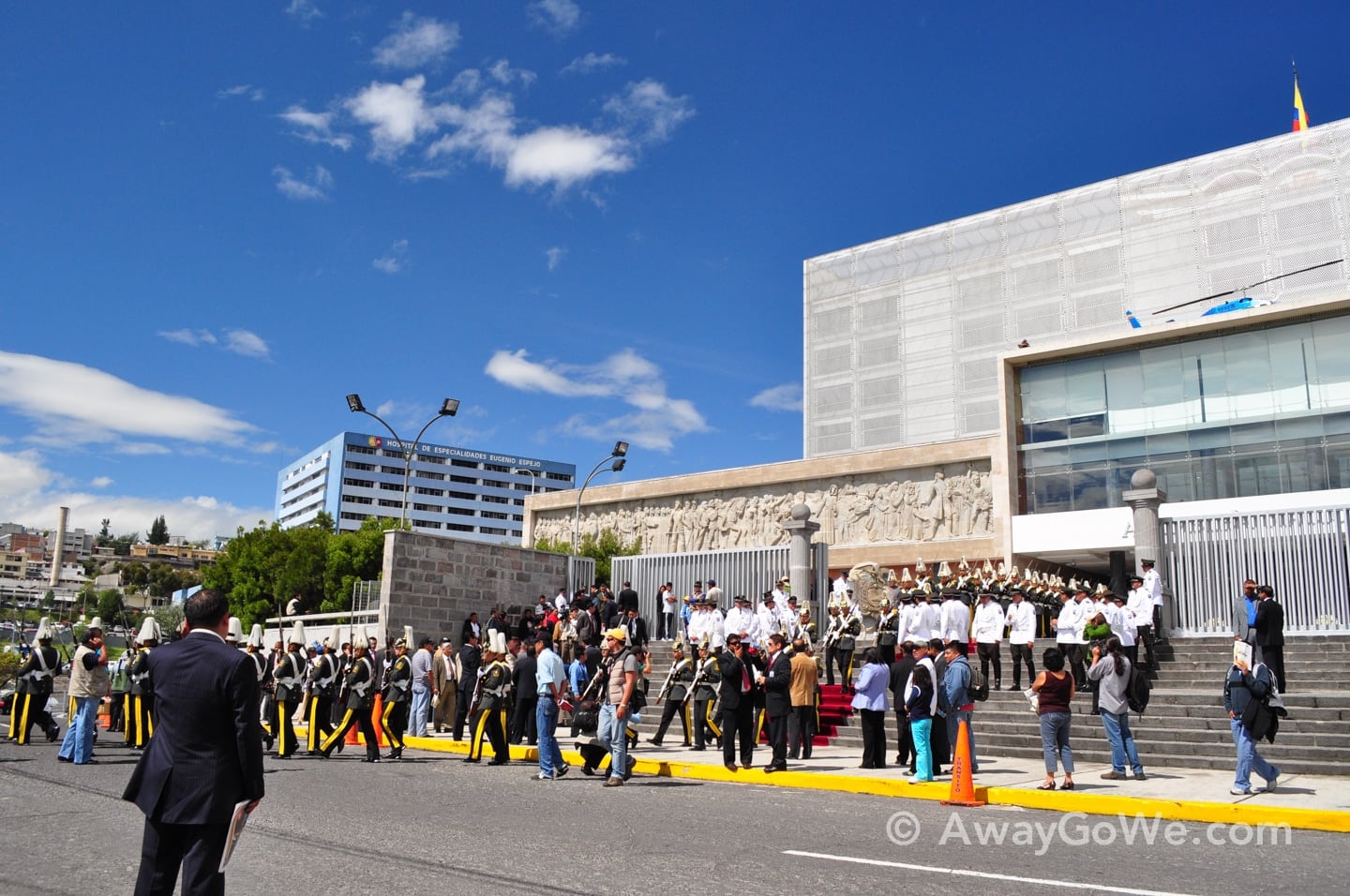 Yep. It was only inevitable that we’d run into President Correa yet a second time on our way to Guápulo. Our route to Guápulo took us right by the National Assembly in Quito, where we encountered another gathering much like the one the day before. And of course the president was there, and his posse, and his band, yada yada. Just another day in Quito, I guess.

One thing that was fun about this presidential sighting was that we were intercepted by two teenage girls who asked to interview us for a school project. Naturally, I let Lori do all the talking, mostly because her Spanish is lightyears ahead of mine and, well, let’s face it, she just likes to gab.

From Hotel Quito, we got our first glimpse of Guápulo. There’s a statue here of Francisco de Orellana, who is looking down into the valley. The actual De Orellana was the first European to make the descent from the Andes to the Atlantic via the Amazon River in 1541. In fact, the Amazon was previously named the Rio de Orellana.

His 2,500 mile journey started at this very point.

Something tells me, however, that de Orellano did not encounter this on his way down the hill. Guápulo and the rest of Quito might have changed just a tiny bit since his time. 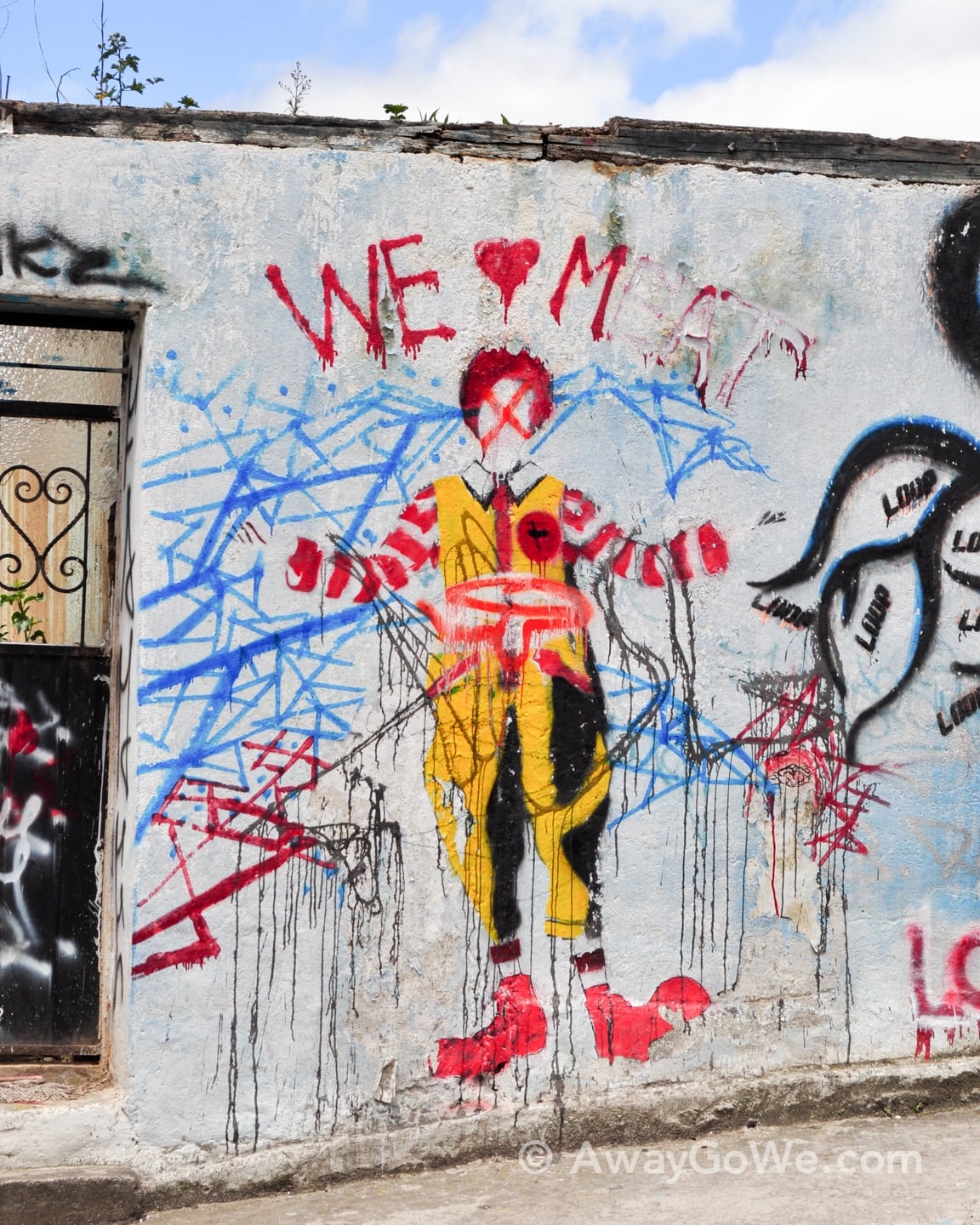 A ways down the hill we arrived at the centerpiece of Guápulo, the beautiful 17th century Sanctuary of El Guápulo. Well, not quite yet, we still had some walking to do.

Awww, you are just the sweetest thing, Sidewalk… 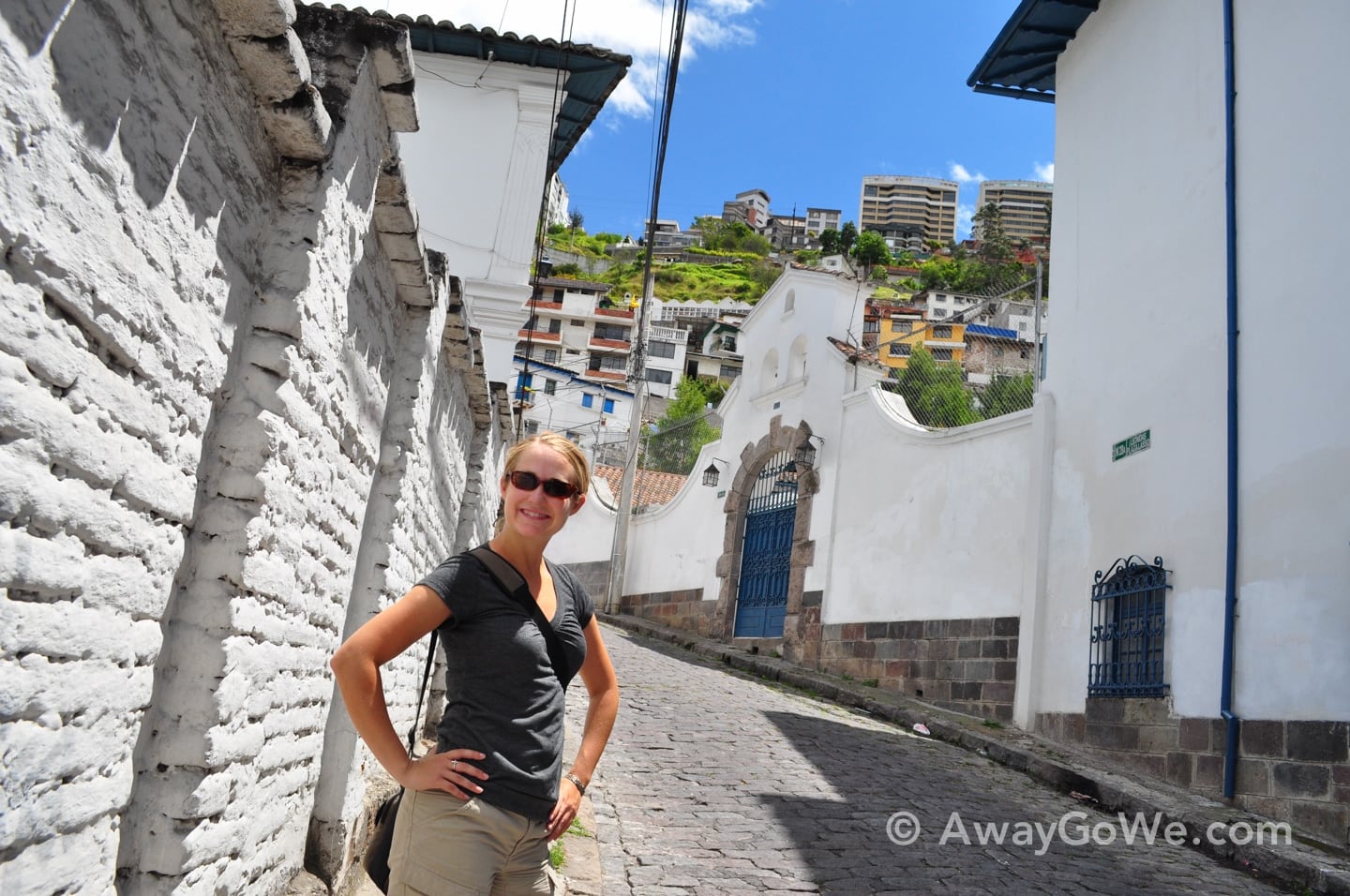 Finally, the Sanctuary of El Guápulo — a fitting end to our final day in Quito, which in itself is a culmination of six weeks of overland journeying from the start of our backpacking journey in Lima to the isolated islands of Lake Titicaca, from trekking the Inca Trail to Machu Picchu high up in the Andes to bushwhacking through the Amazon jungle and following the Pan-American Highway up along the spine of Ecuador to Quito. We’ve loved our time in South America and hope to return very soon — perhaps for six months instead of weeks, next time.

One journey ends, but another begins. Hasta luego, Ecuador! 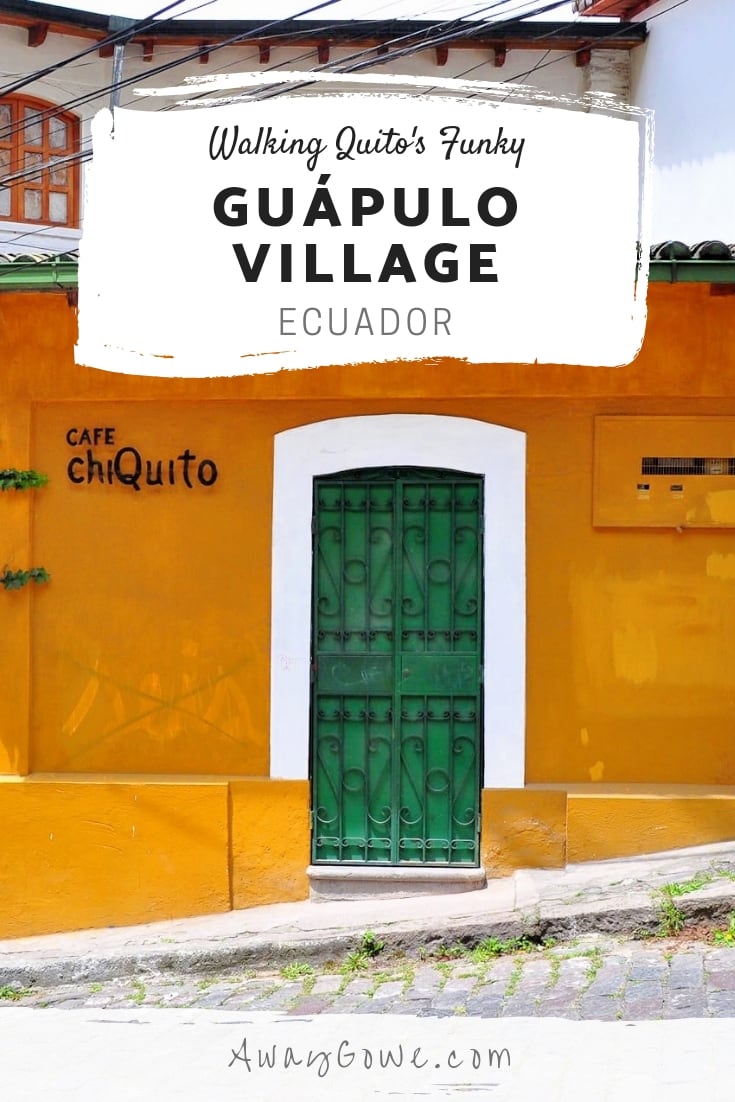