Perched at 12,556 feet above sea level on the shores of mammoth Lake Titicaca at the southern tip of Peru, the city of Puno has a distinct feel all its own — and the residents aren’t afraid to flaunt it.

Browse the interactive map above to learn more about our route.

For more on our Peru and Ecuador backpacking adventure, start here.

In a lot of ways, Puno is the end of the road — the literal road before you hit Lake Titicaca and Bolivia, but also in talking about southern Peruvian cultural and ethnic identity. It sits at the crossroads of the two modern-day countries of Bolivia and Peru, but has also long been a major migration hub for indigenous people of the Andes on their way to Peru’s largest cities.

It’s not exactly a kind place, in terms of climate — the air is thin and dry, and it can get very cold. It doesn’t help that we drastically underestimated the weather — even after literally putting on every last piece of clothing in our backpacks, we were lucky that we made it back from dinner last night. Fortunately, the owner of our guesthouse was ready with hot water bottles for us to sleep with. And, unlike our previous stay in Puno, our room also had a heater!

But here it is, the dead of winter, the sun is out, and the day is warming up. It’s Sunday and we’ve just returned from staying on the islands for a few days, foregoing many of the amenities Puno residents take for granted. And here we are, in the central plaza, and there is some sort of event happening — quite a large event, full of military pomp and pageantry…

We stop for a while to watch — the marching band plays, people cheer, and the military personnel file out.

And then, marching two-by-two, the children arrive.

…accompanied by their own police force…

And all the while, professional photographers (or what I presume are pro photographers, running around with bright vests and enough kit for ten African safaris), snap away, left and right. So many photos. But still more kids!

After a long while, the kids slowly morph into adults, all marching in distinct groups, wearing distinct clothing — some traditional — all festive.

And then, it’s over. Lori and I look at each other, say, “That was fun. Now where were we headed, exactly?”

Ah, yes. We were headed to take a stroll along the waterfront promenade.

That’s not grass there, folks. That’s algae. And beyond the algae, paddle boats! But, it’s winter time, so the swans are off for the season. Not so romantic, perhaps. But the sun is shining, which means we won’t freeze to death — as long as we avoid the shadows. The temperature difference between the sun and the shadows can kill you in Puno.

A bus back to Arequipa, then a flight to Lima and another into the Amazon jungle — and the largest city in the world that is completely inaccessible by road. 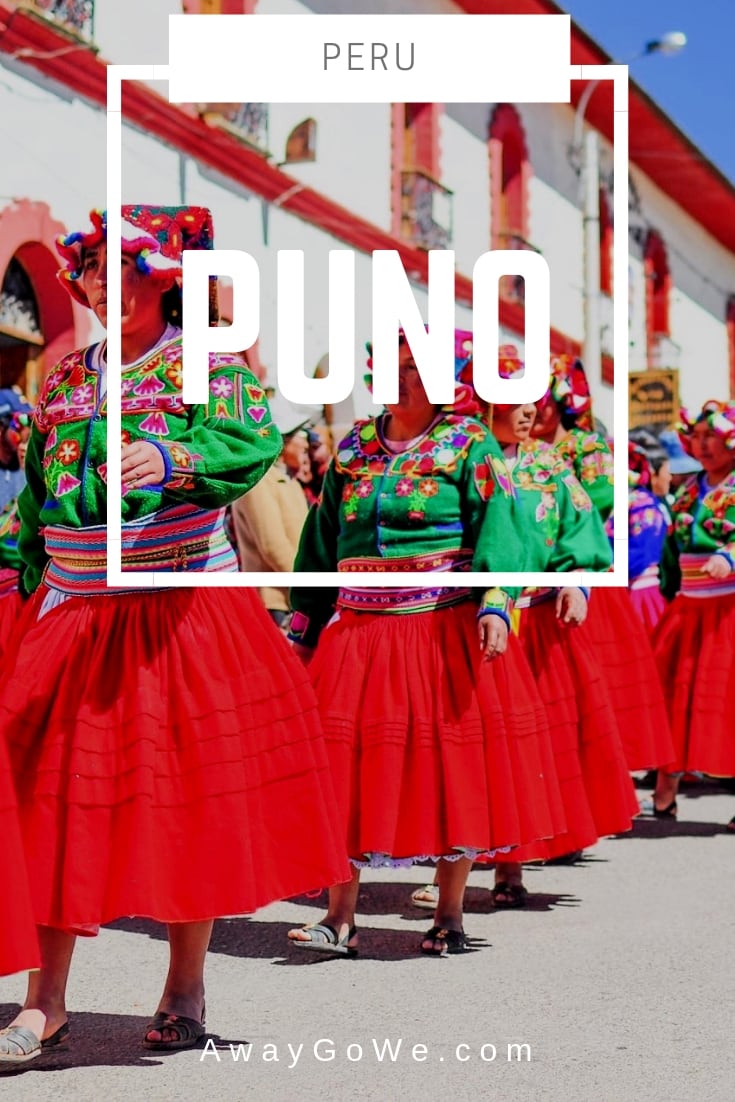