Otavalo Market in Ecuador is a must-visit experience just outside of Quito. What to expect plus helpful tips for your visit.

Otavalo Market is often considered the best and biggest market experience in Ecuador (and some even say, all of South America!). After learning about the market, it immediately went on our itinerary. With all great things in life, however, timing is everything.

Fortunately, we’d be arriving in the area just before the weekend, which was perfect timing for experiencing Otavalo’s famed Saturday Market.

About Otavalo and the Saturday Market

Otavaleños (people of Otavalo) are particularly known for their fine wool textiles.

Given all of the above and its close proximity to Ecuador’s capital, Quito (about 90km), Otavalo had all the ingredients to catapult it into a thriving market center.

As tourism to Otavalo has increased in recent decades, Otavaleño products have become increasingly sought after on the world market as well. 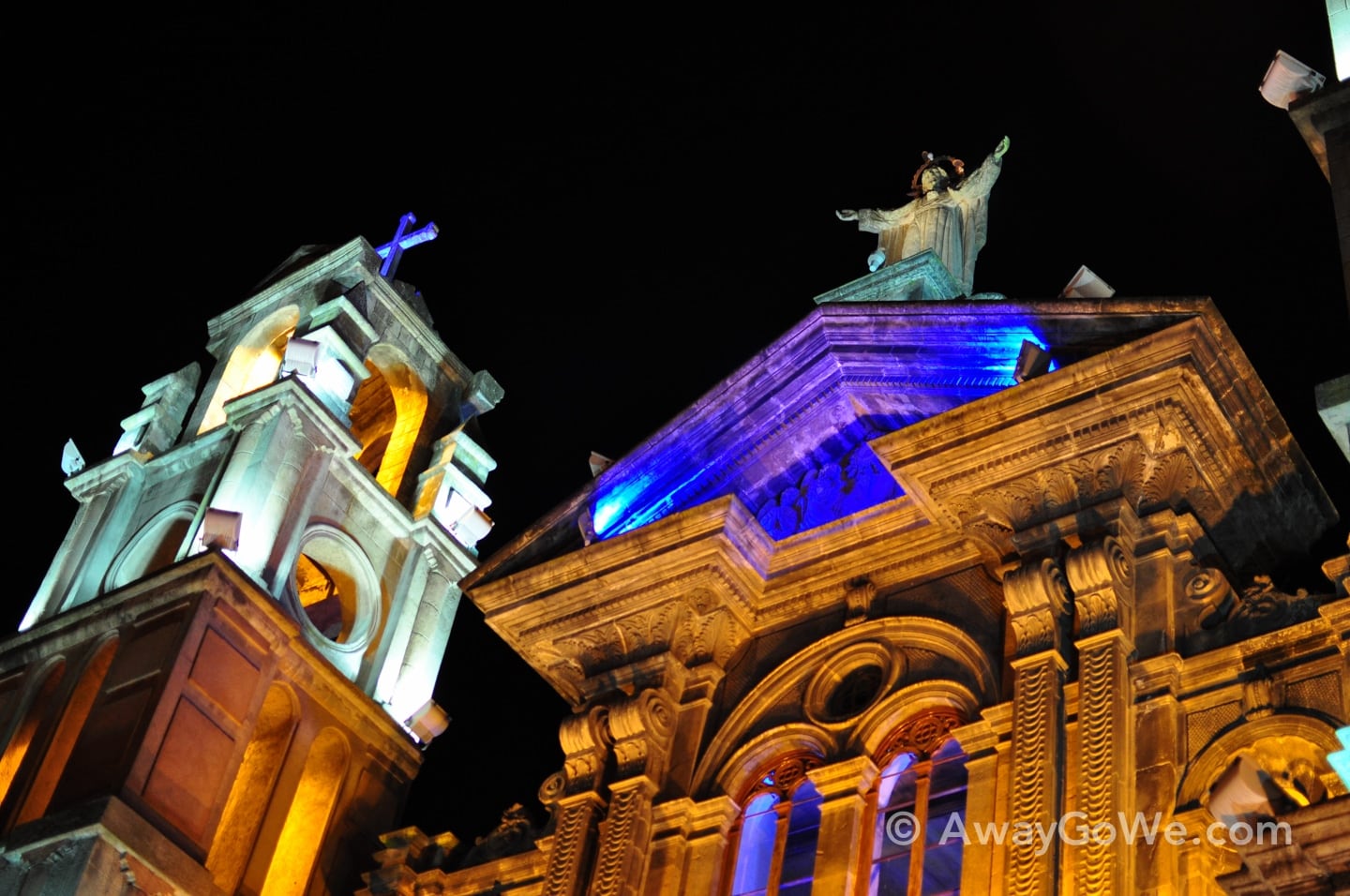 Apart from the market for which it is known, Otavalo is a very agreeable town of 90,000 residents, cobblestone streets, fine architecture, and a mild Andean climate. 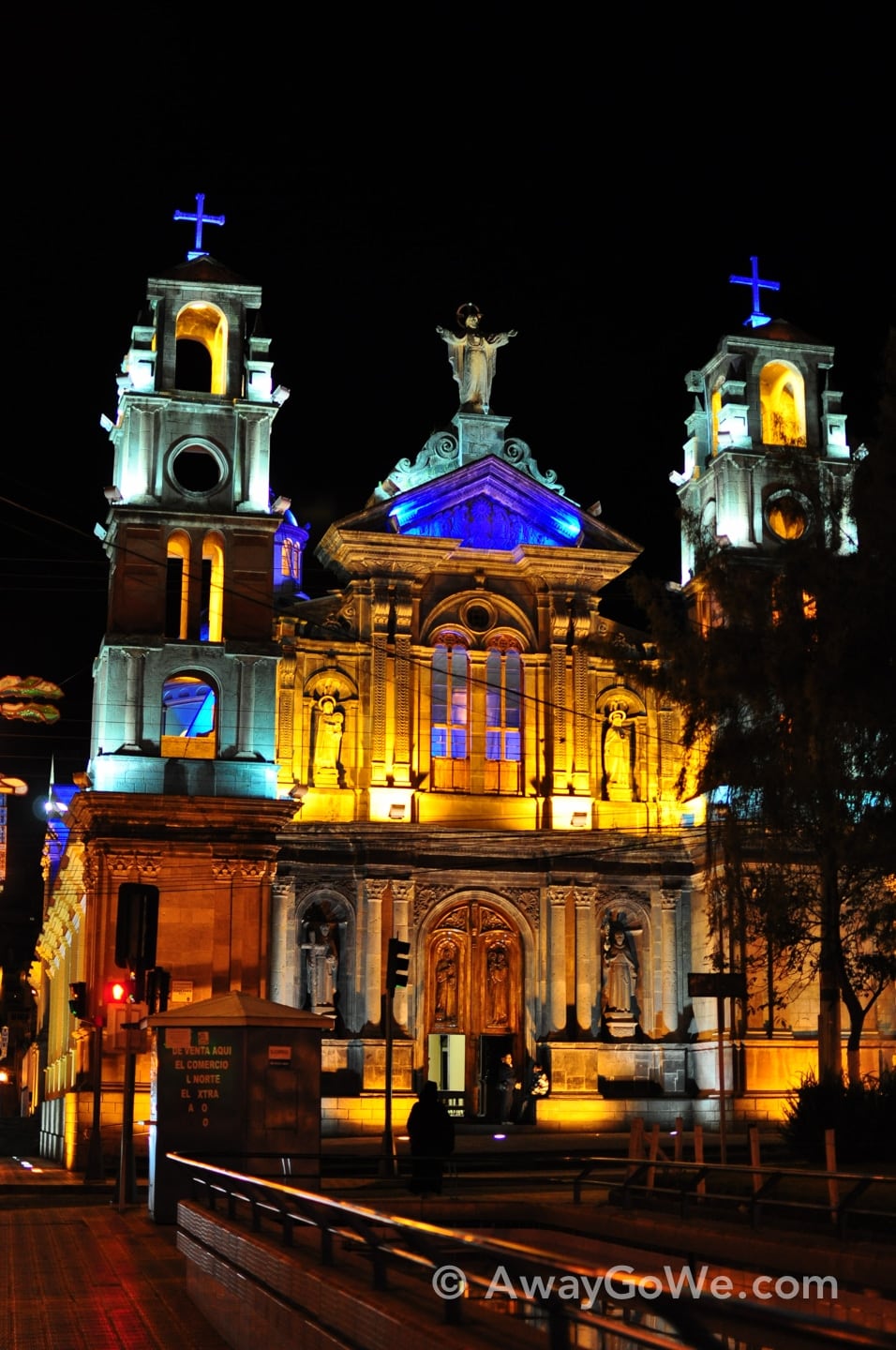 We encountered one of the coolest and most offbeat things about Otavalo the night we arrived: The Musical Garbage Truck.

Lori and I had heard something strange around the corner. So, we went to go check it out and were astonished at what we stumbled upon: a garbage truck slowly making its way around the neighborhood playing an enchanting tune.

The music appeared to be a signal to residents that the garbage truck had arrived and it was time to bring out the trash.

We found ourselves quickly becoming trash truck groupies, chasing the truck all over the neighborhood. Though, the trash collectors must have thought we were clinically insane. 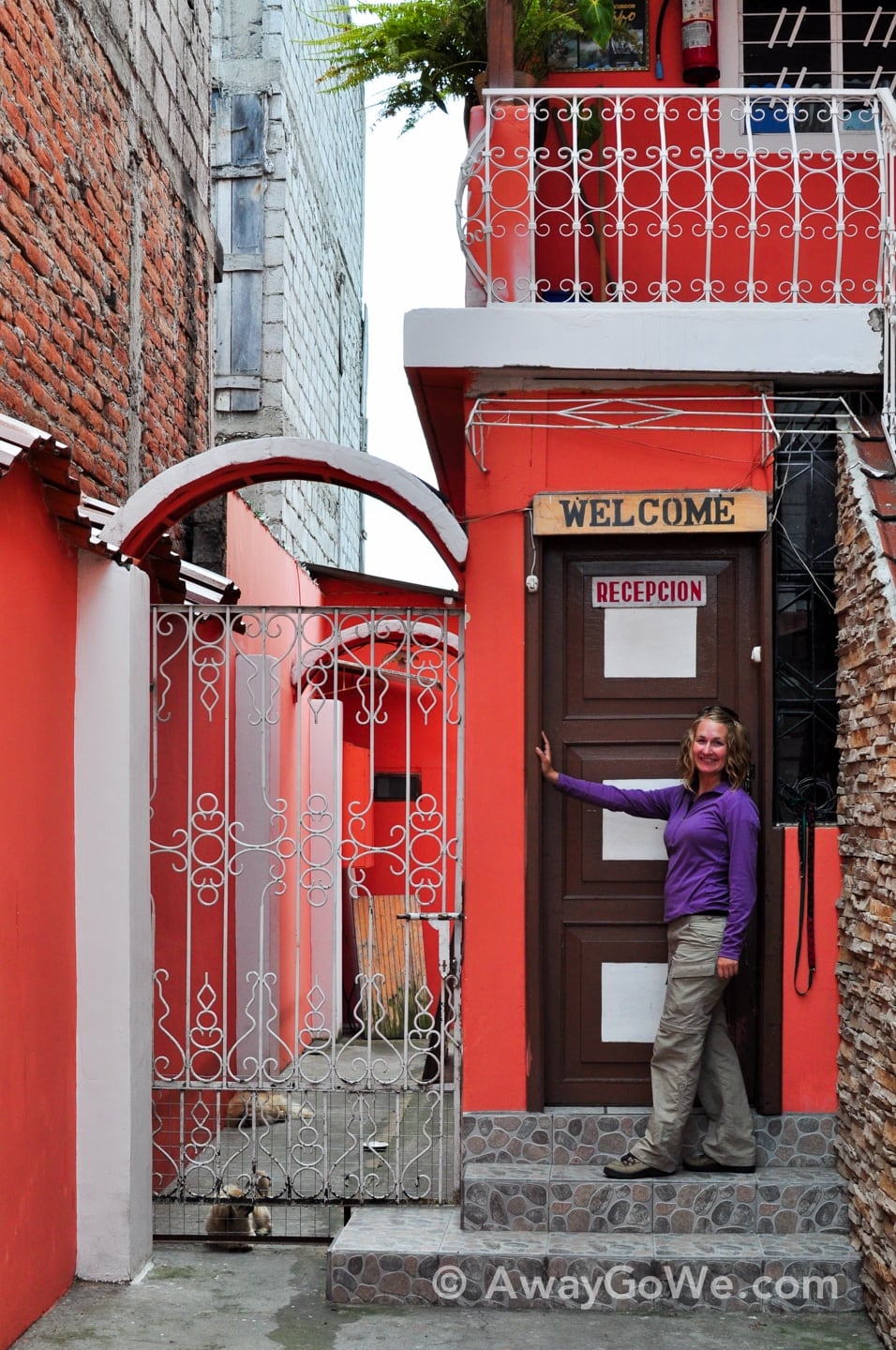 One thing worth noting in Ecuador is that the guesthouses all fed us incredibly well. Complimentary breakfast was the norm at most of our guesthouses in Ecuador, and were some of the most amazing breakfast buffet spreads we’d seen before or since.

In addition to the textile and produce market, we had heard that the cattle/livestock market was also not to be missed.

The livestock market begins around sunrise on Saturday morning and finishes up by noon.

Since the textile market didn’t start until almost noon, we knew we’d have some time on our hands.

We didn’t wake up at sunrise, but had a nice, leisurely breakfast before heading out to look for the pig party.

Lori and I must have canvassed most of the city, following all the major roads until the concrete turned to countryside, and asking half the town for directions, but with no luck.

A bit disappointed but still looking forward to the main event, we found a coffee shop with a second-story perch on the main drag to people watch until the producers got set up.

And before long, it was market time! 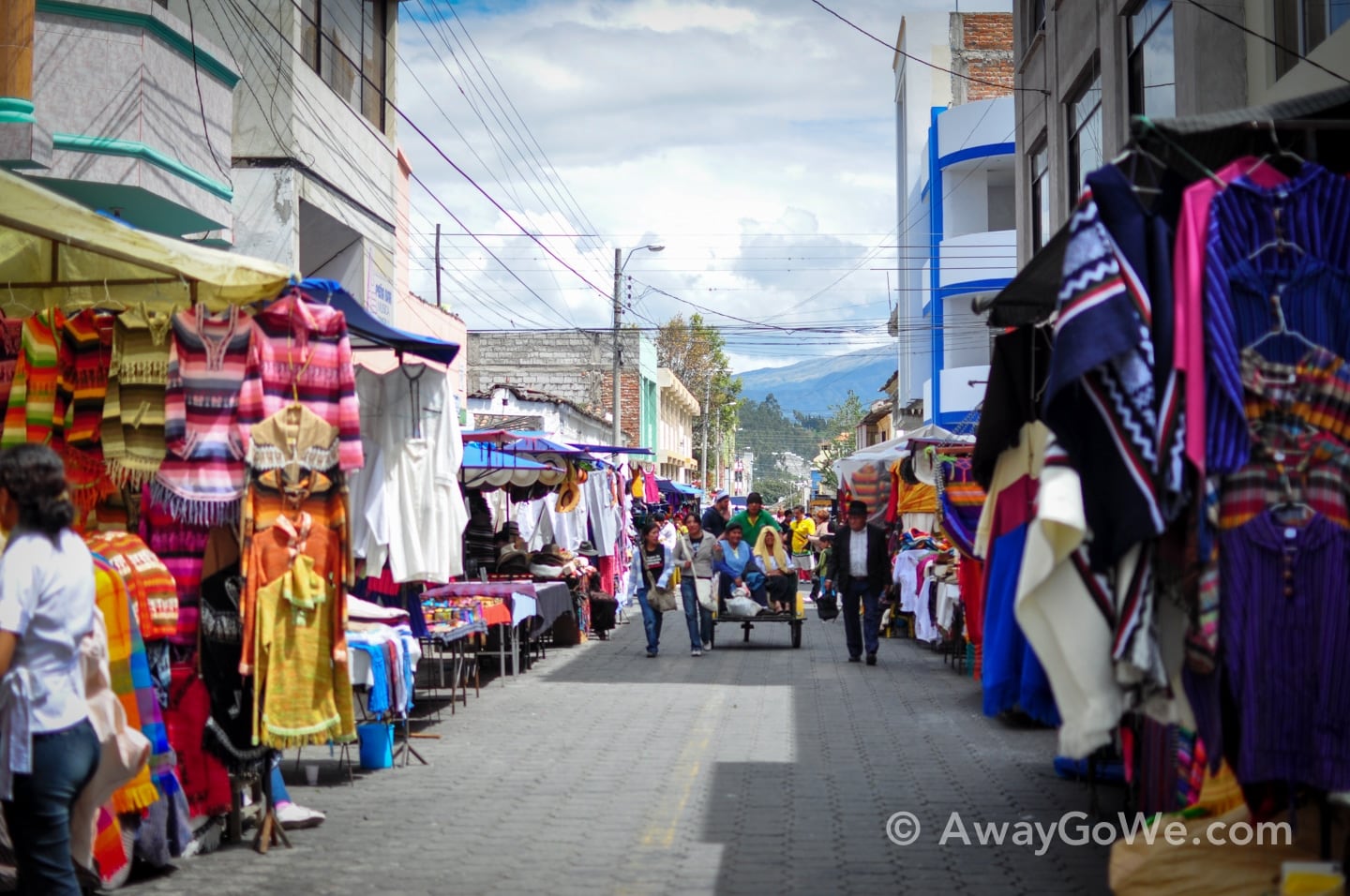 There’s no mistaking the textile market. It’s huge, exploding with color, and takes over half of the city center beginning around noon on Saturday. The whole town seems to come out for the weekly event. 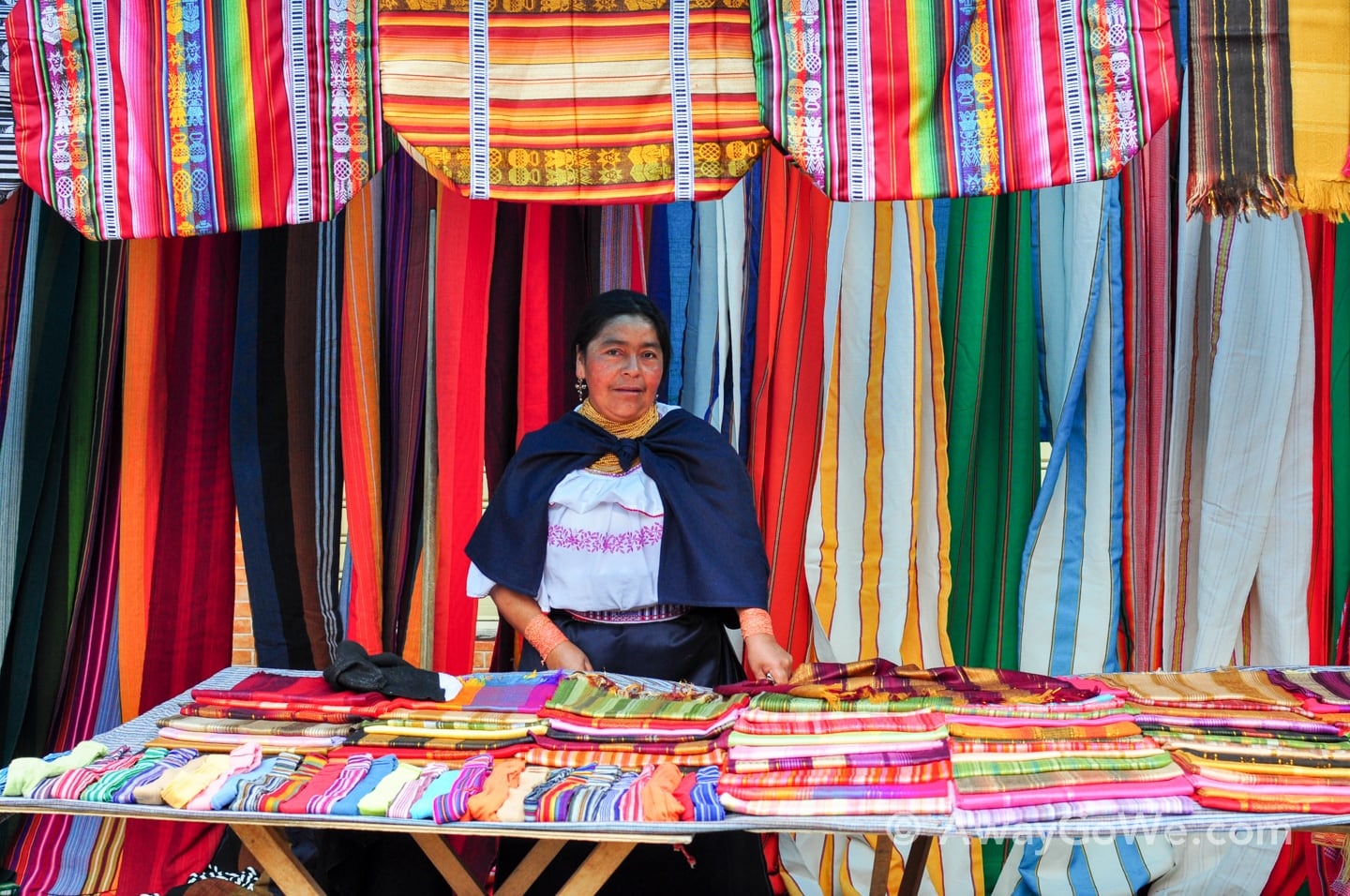 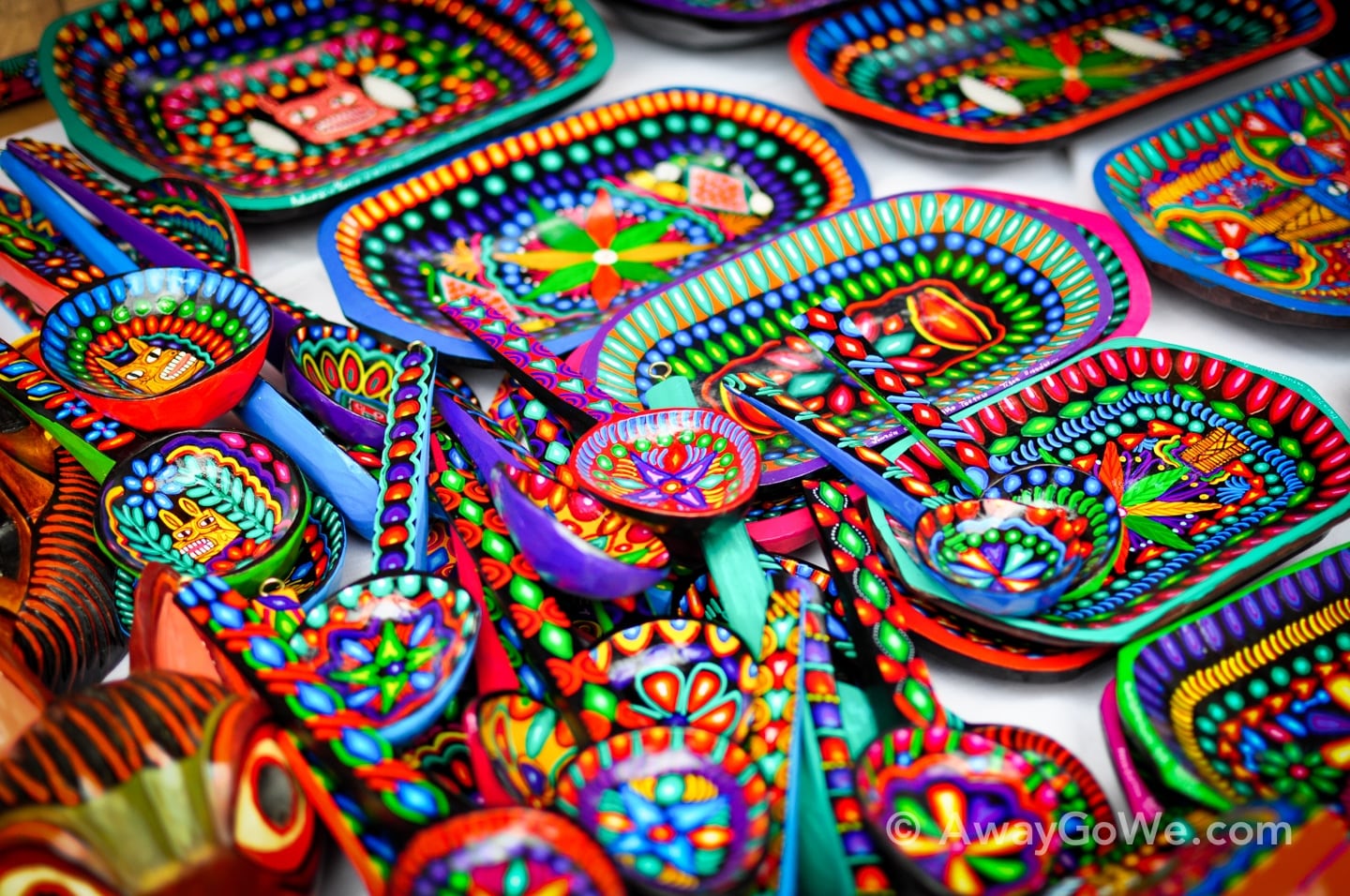 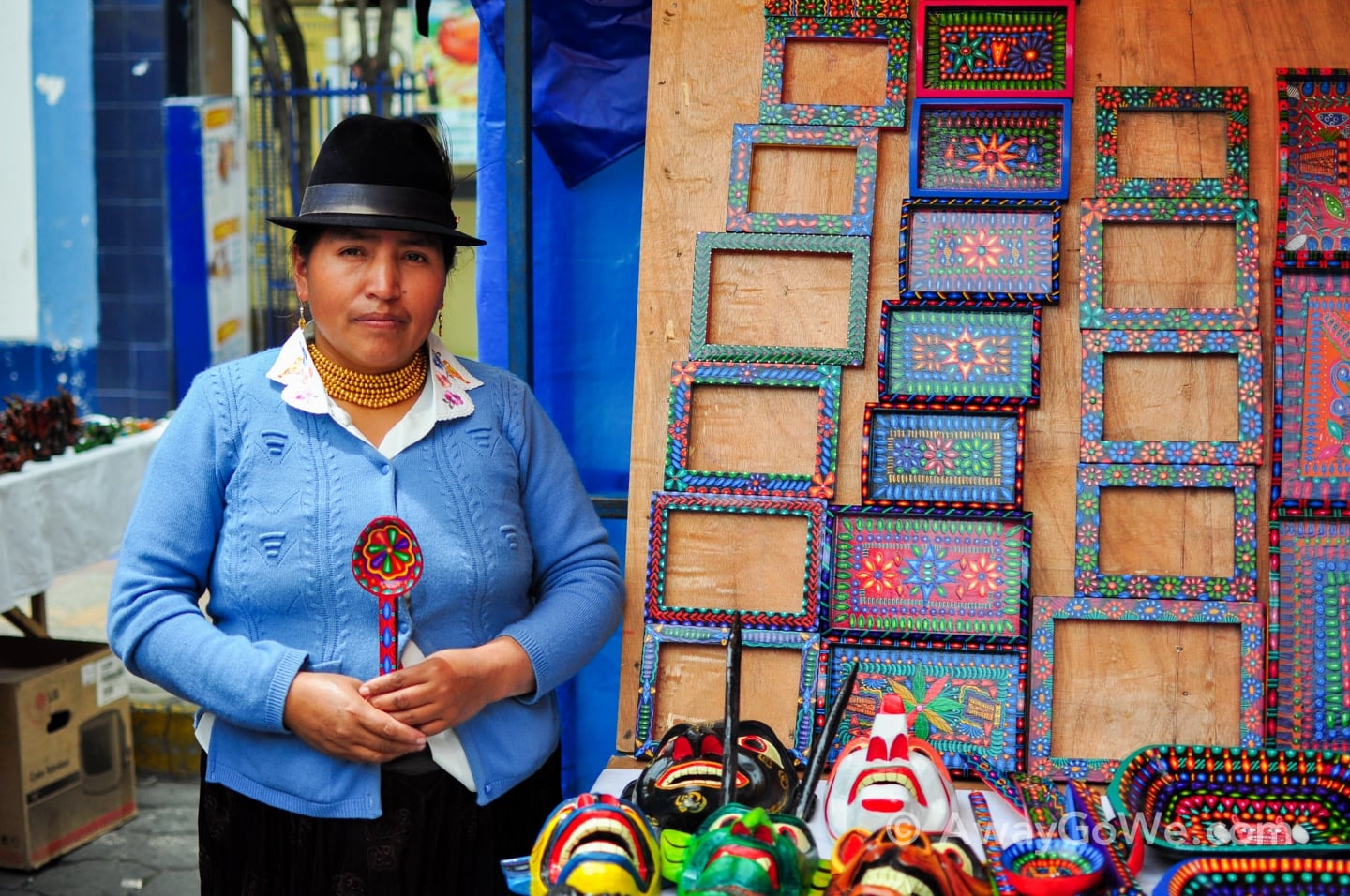 One of the things Lori and I like to do anywhere is snap a shot of the local seller or craftsman with a product we buy from them. If we don’t, we generally forget the story behind items.

If we’re giving the item as a gift, sometimes we like to include the pic with the gift to give a bit of history/context to the object.

Often, sellers are hesitant. But the vast majority of the time the idea of taking a photo enlivens them in a way that we generally don’t get to see otherwise. 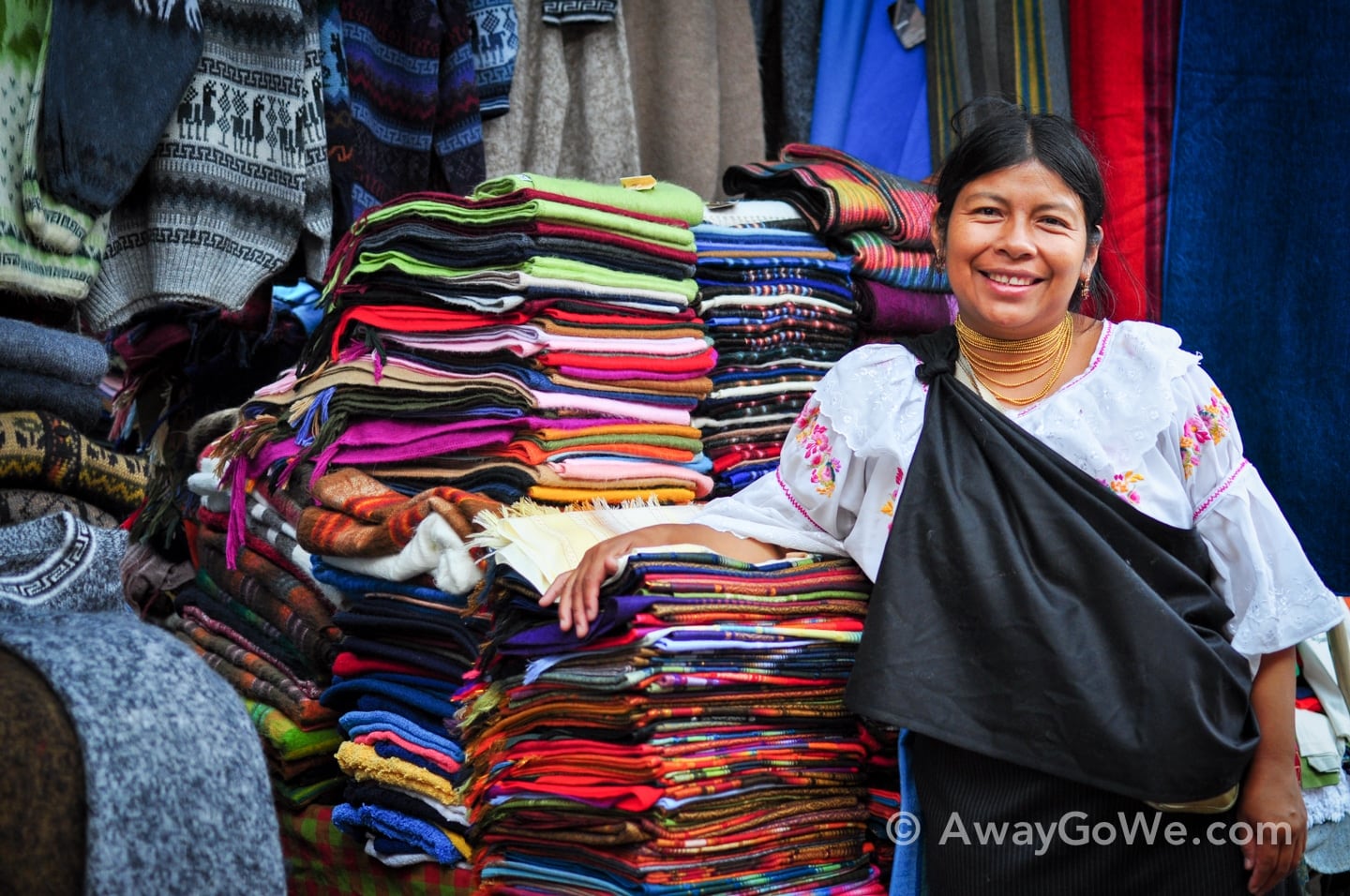 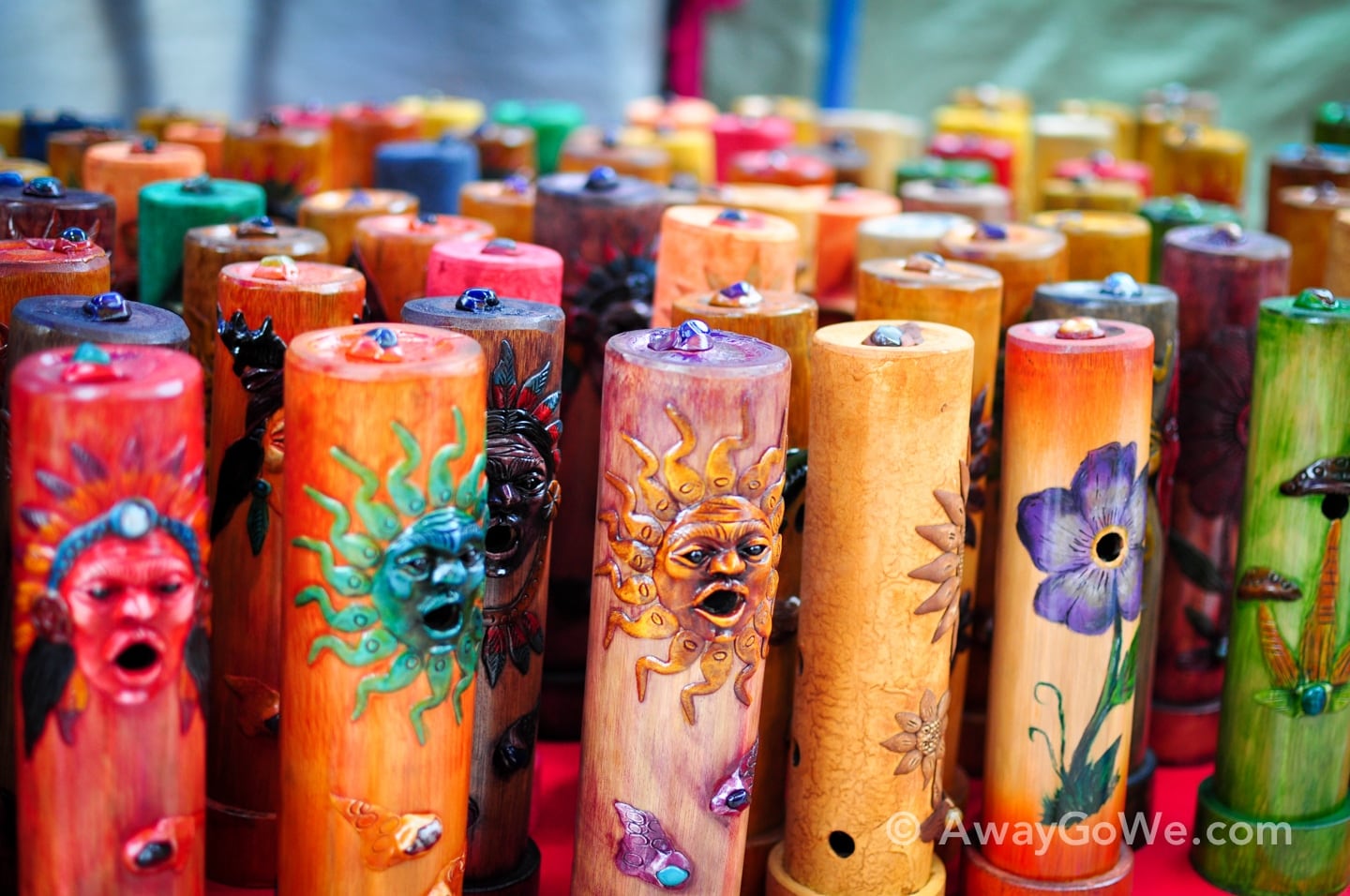 We couldn’t quite figure out exactly what these were (above), but definitely conjured up memories of quite a few “handcrafts” I’ve seen over the years in Oregon… 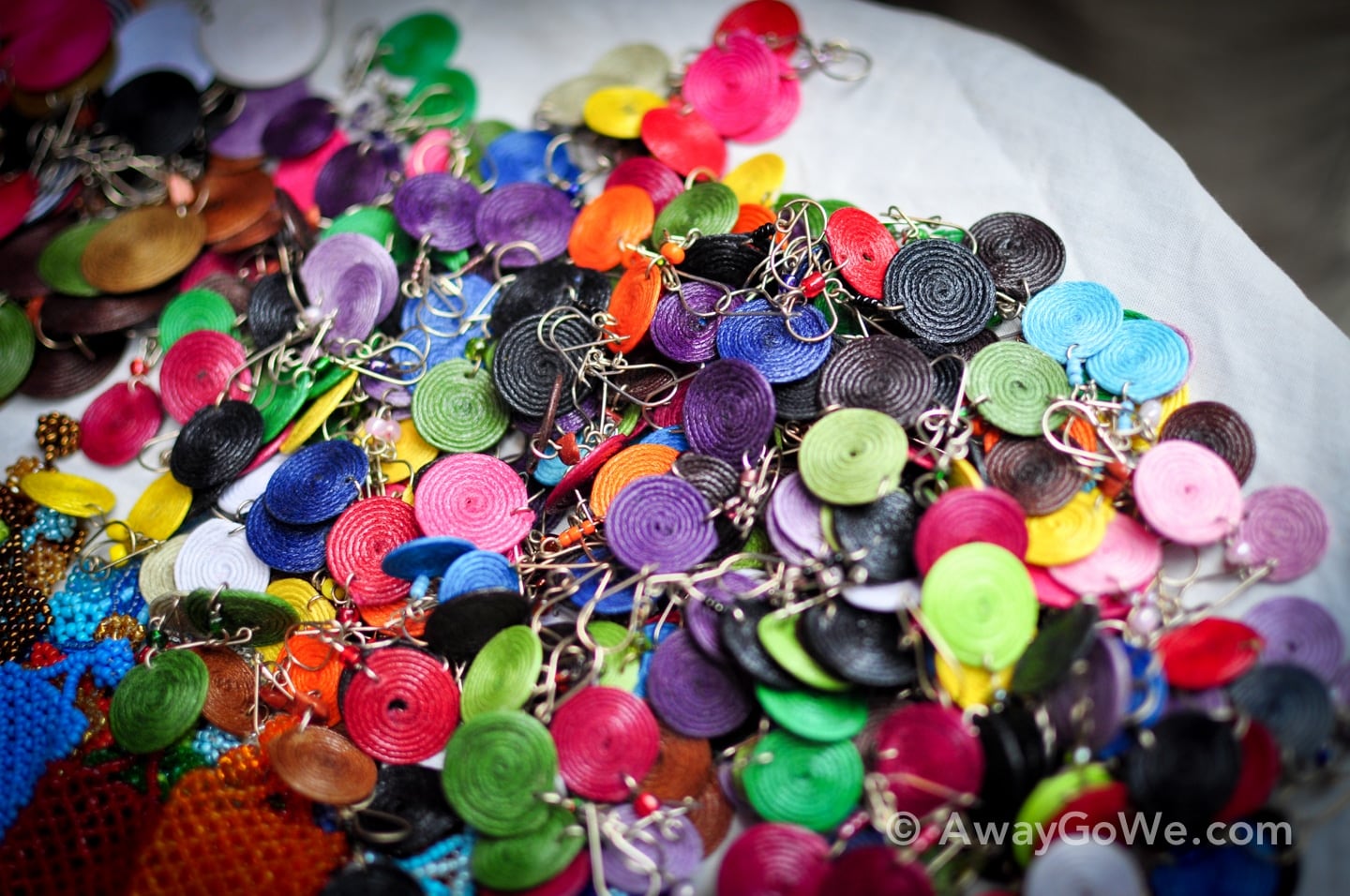 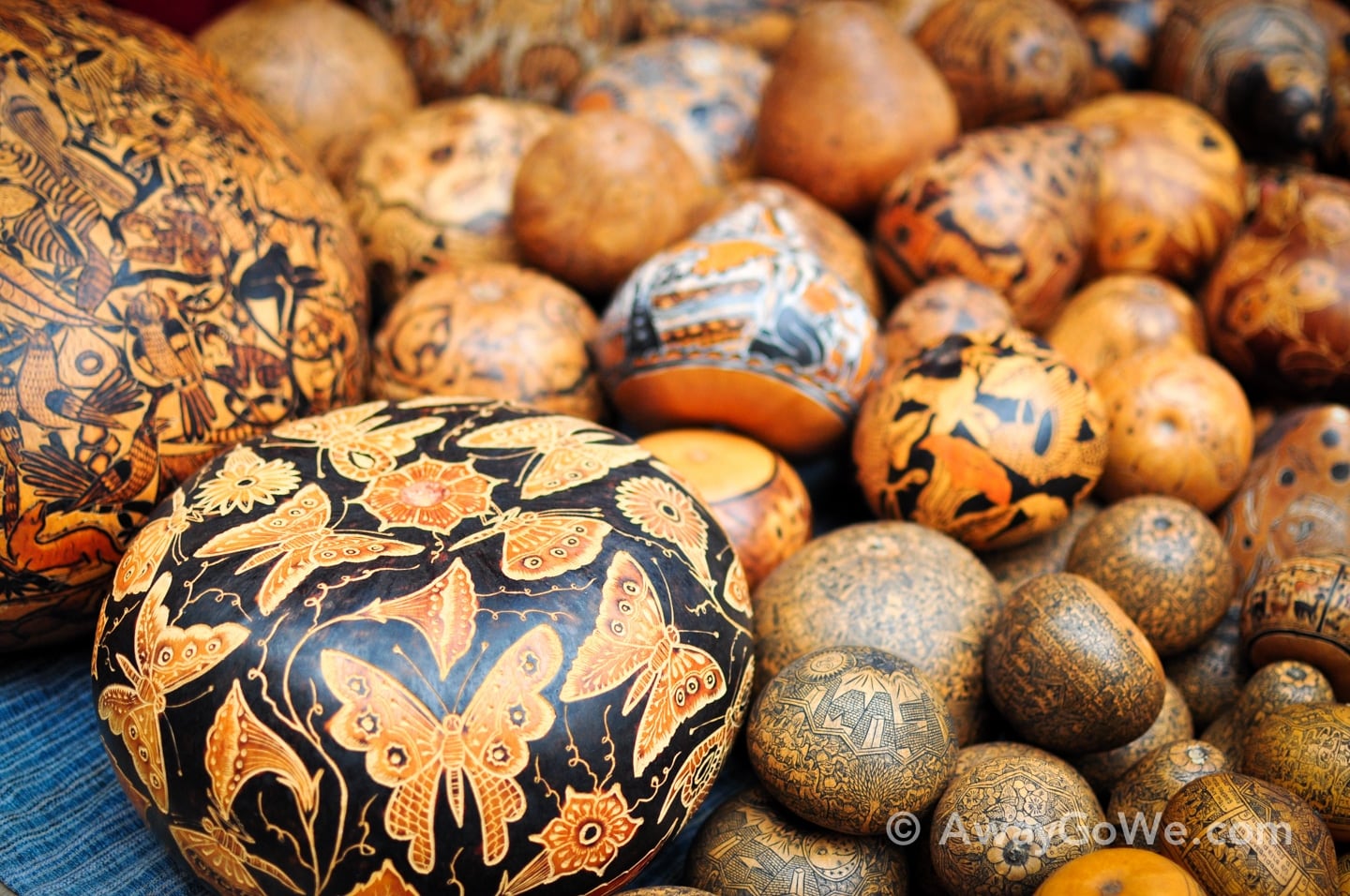 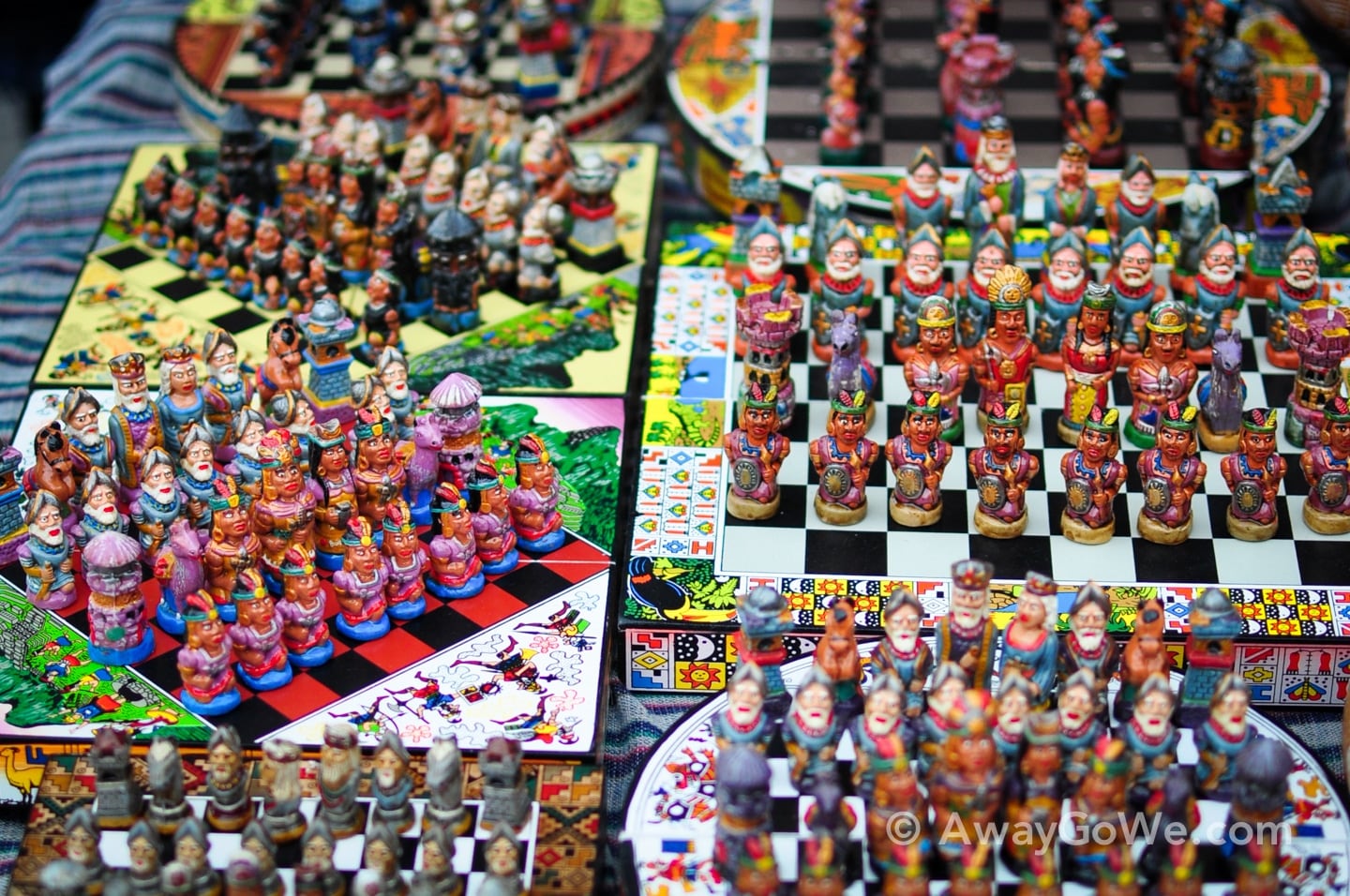 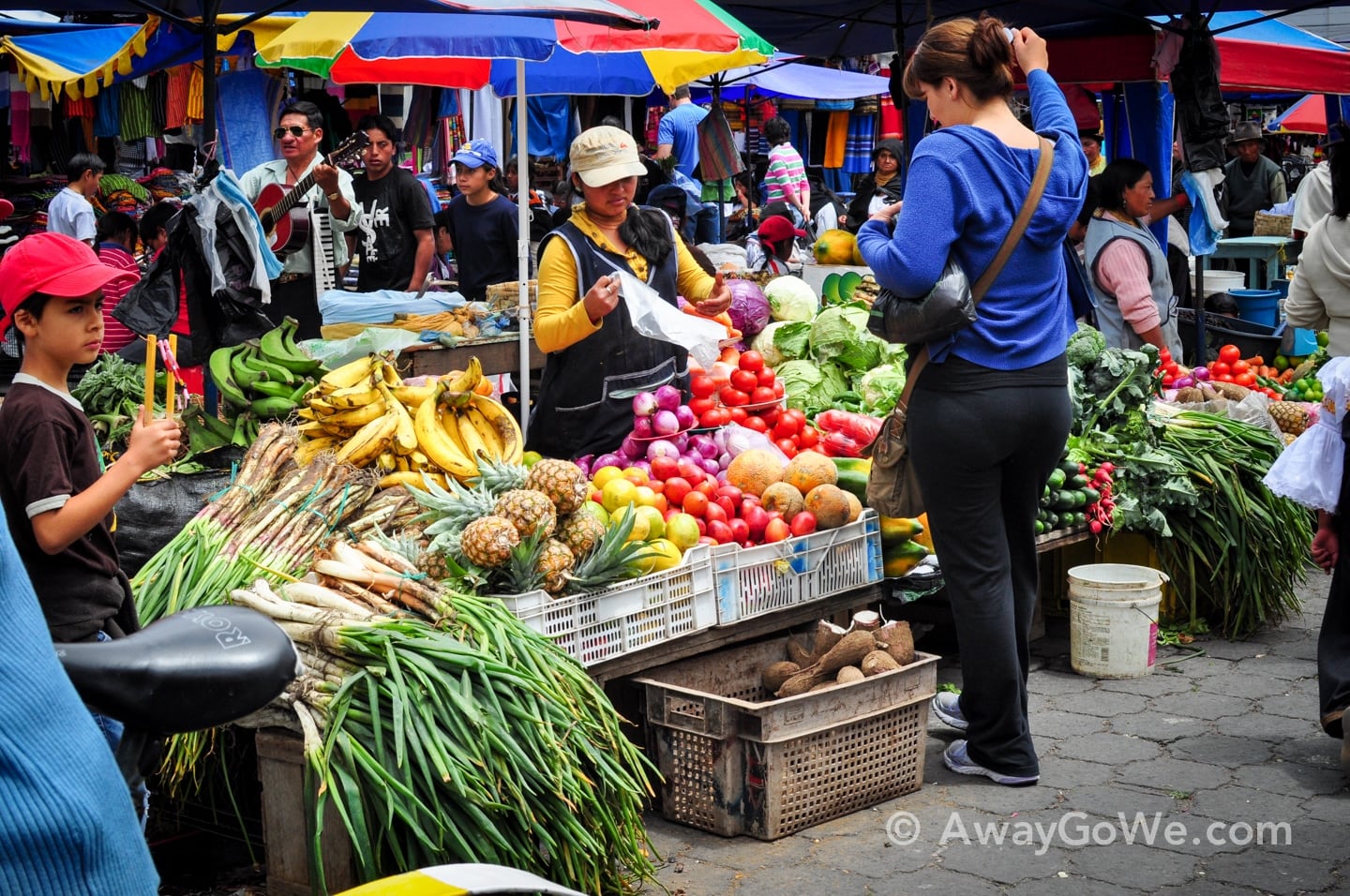 At one point, the textile market seamlessly blends into the fresh market in the center of town. 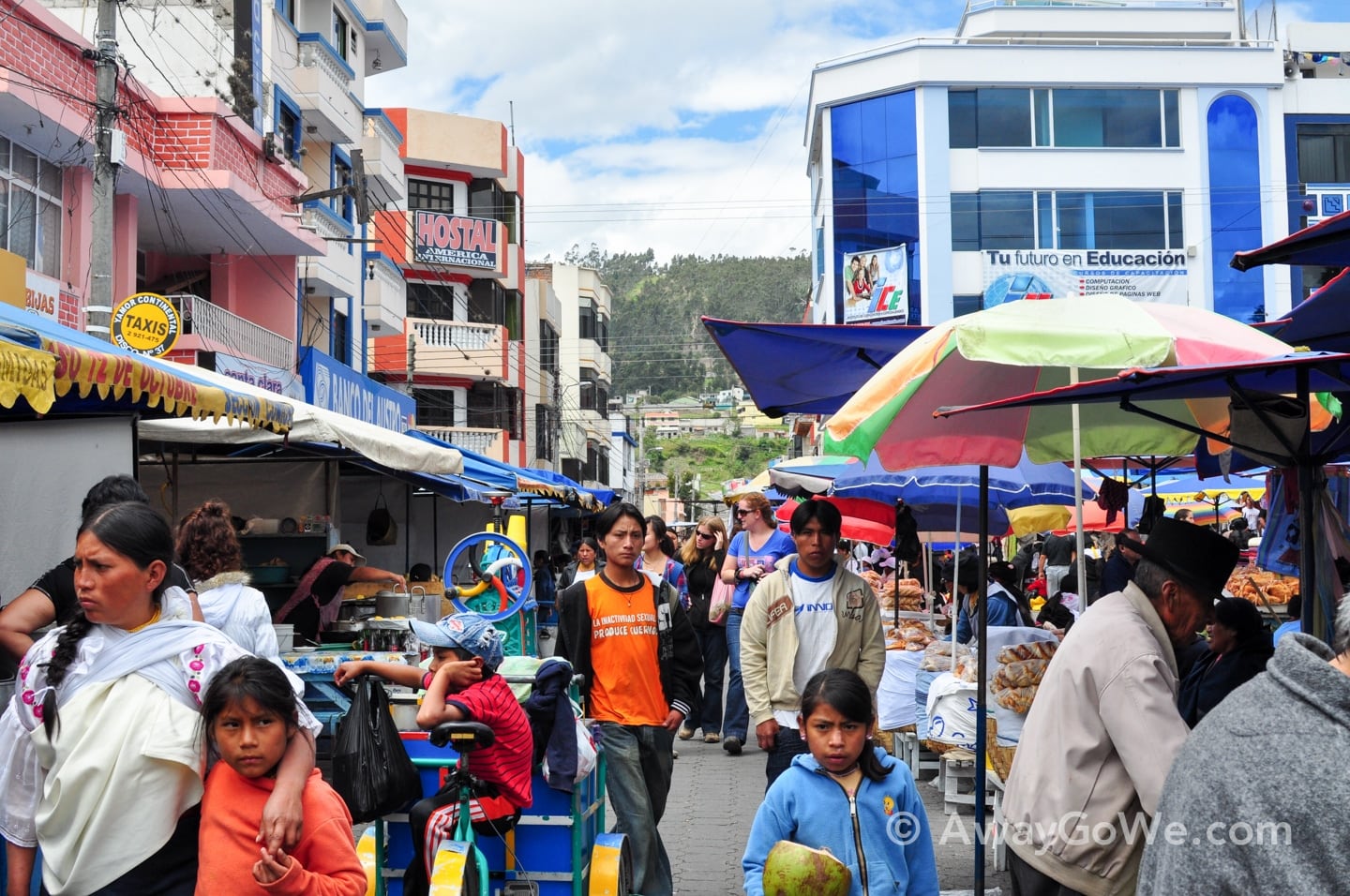 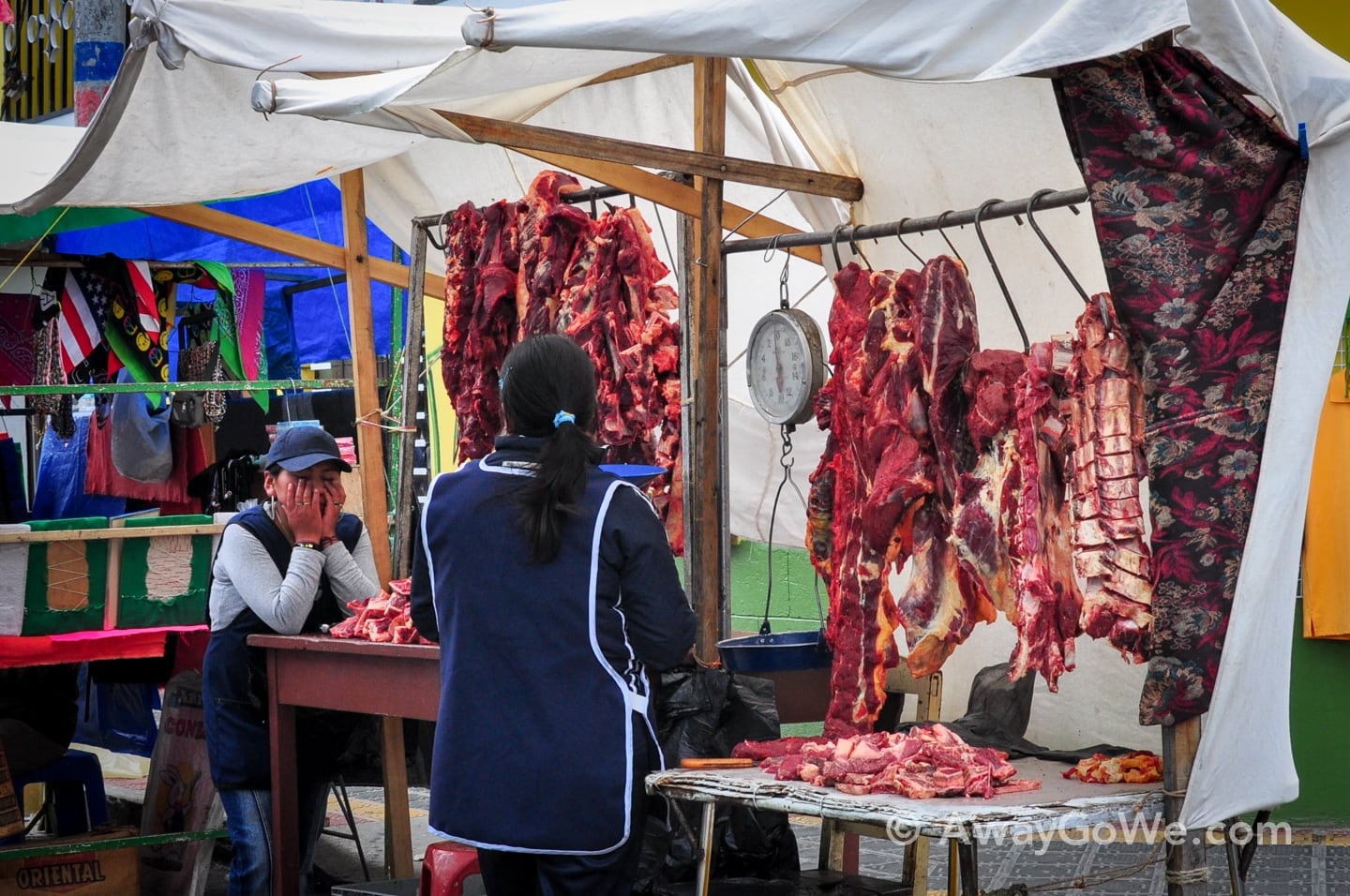 The remains of the morning’s livestock market, perhaps? 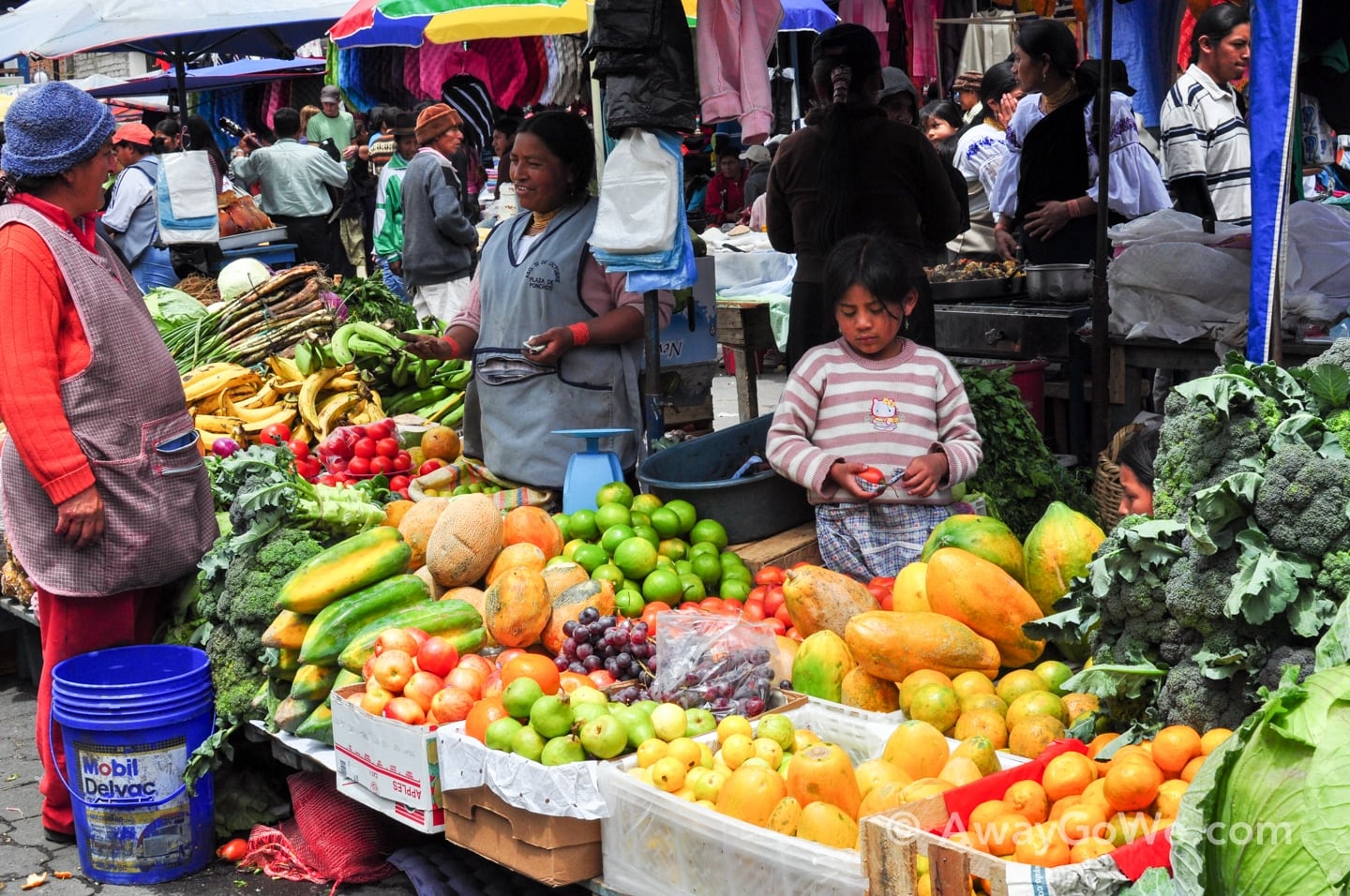 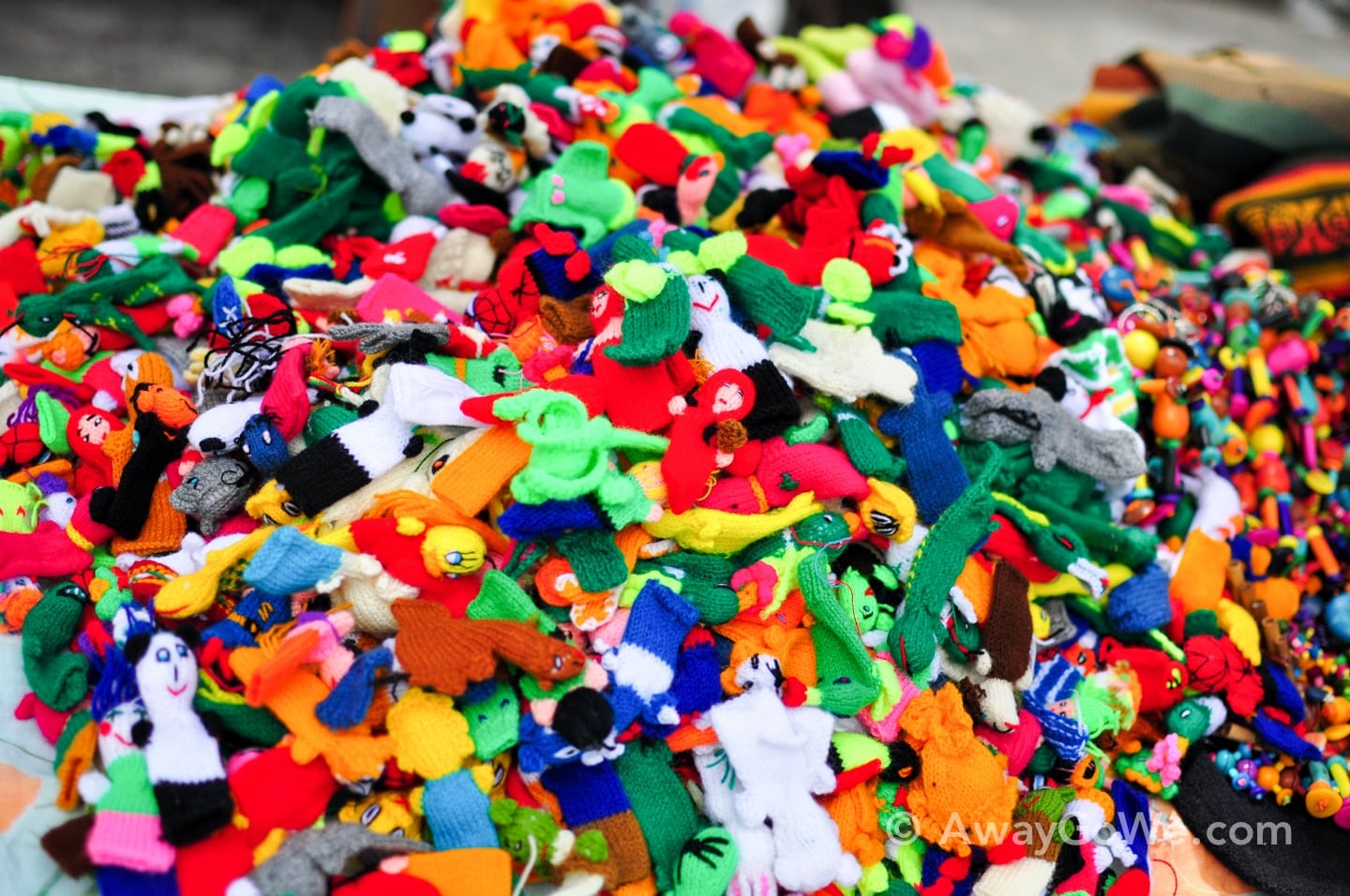 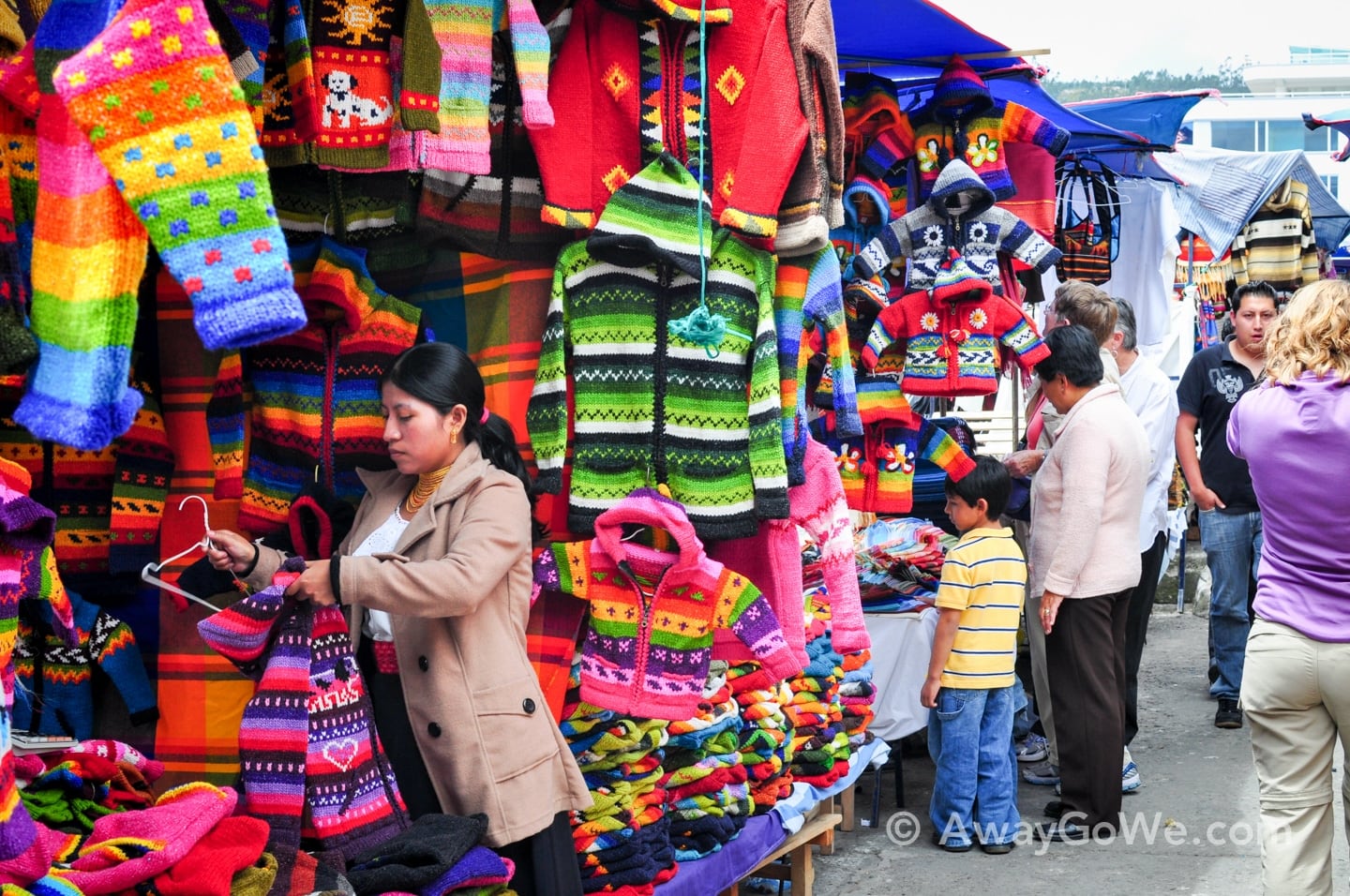 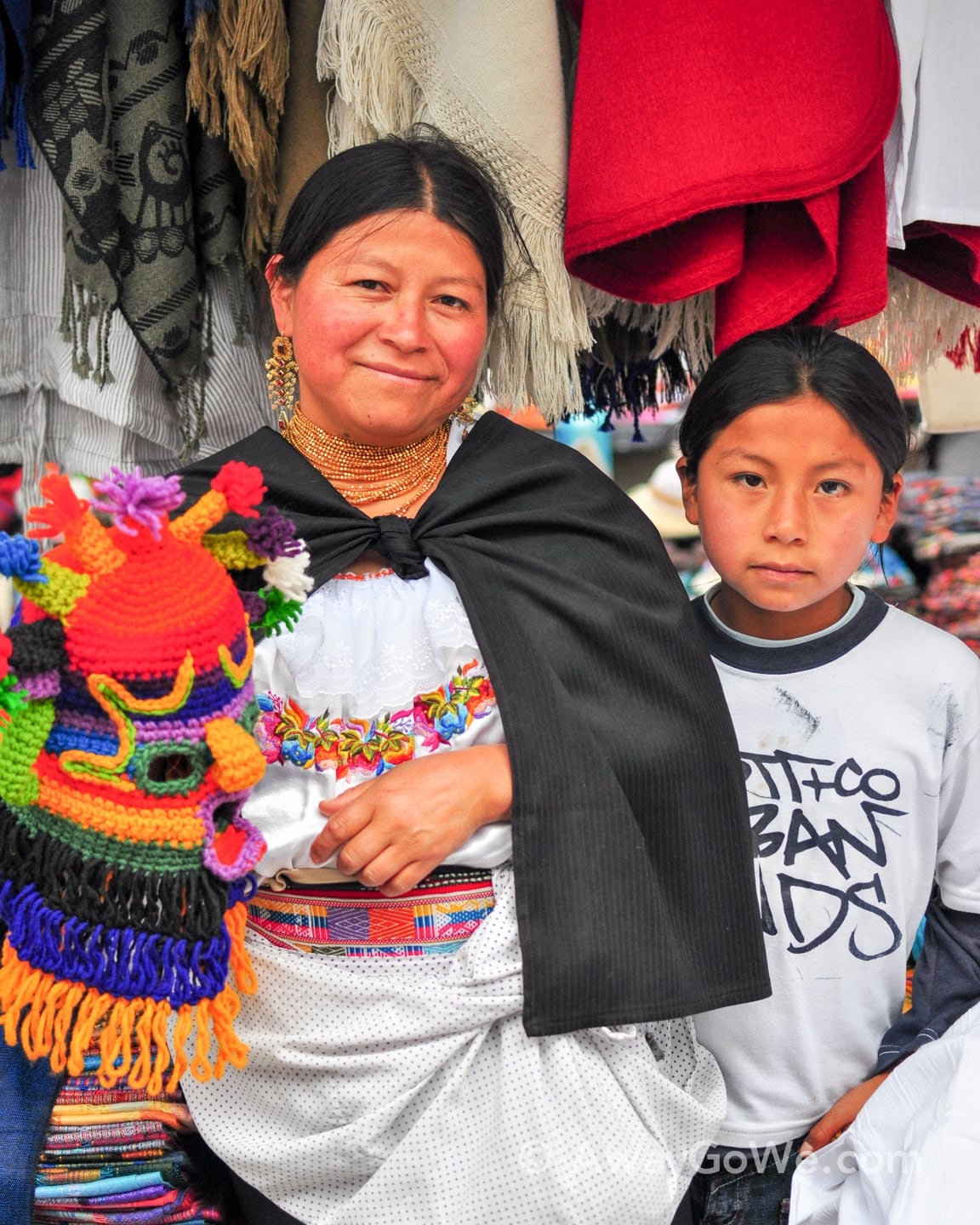 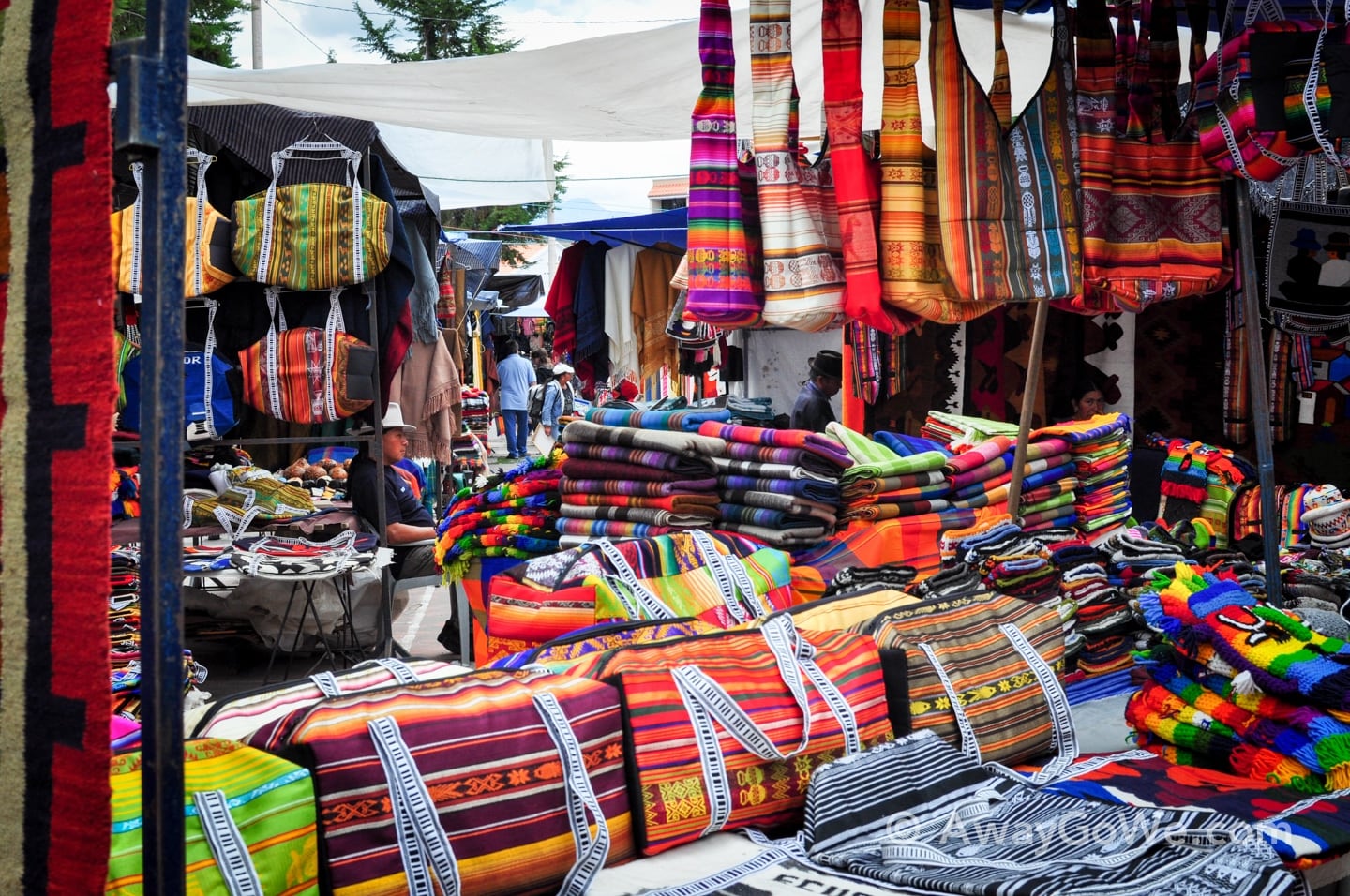 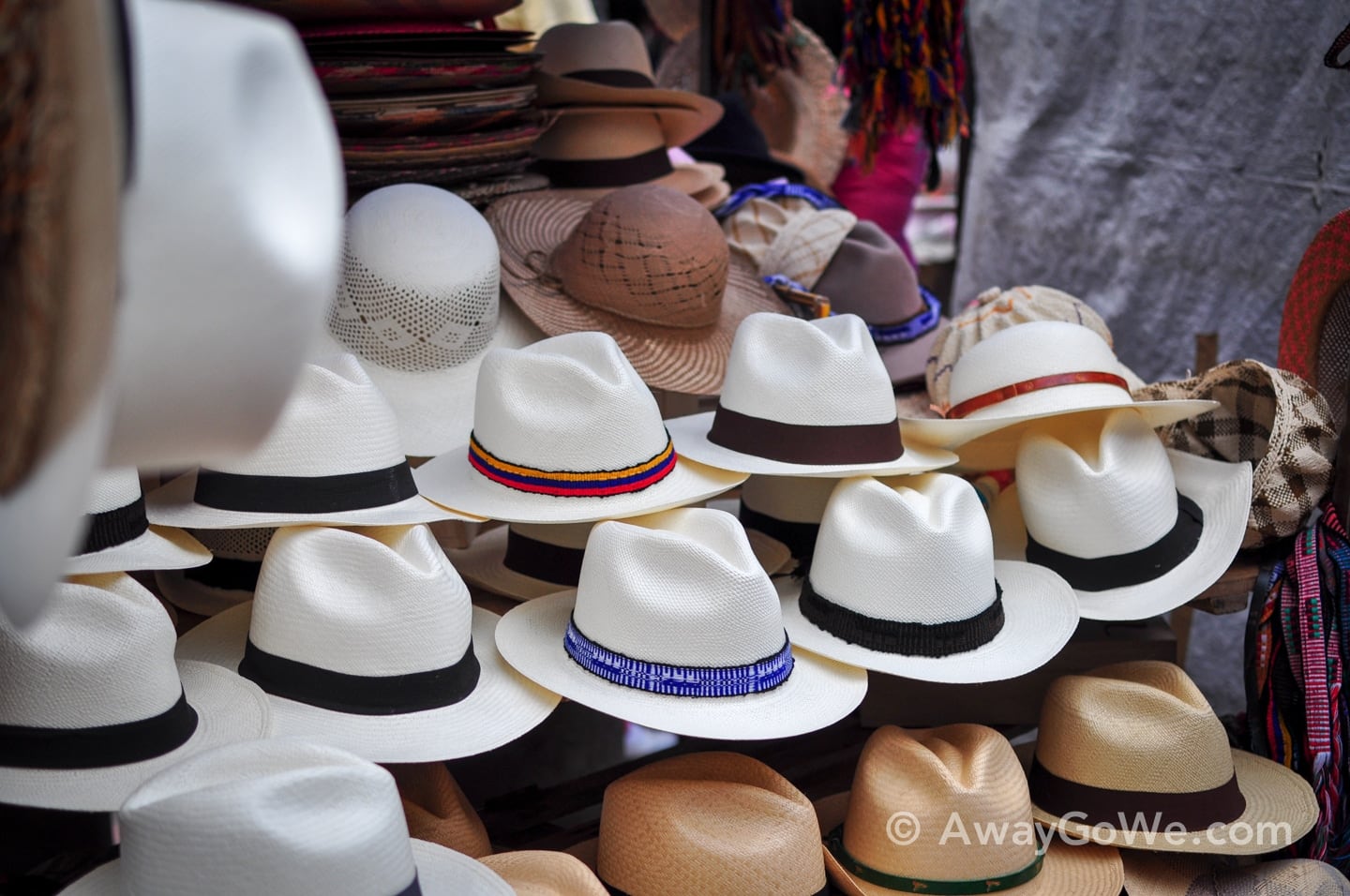 Despite its name, Ecuador is actually the original home of the Panama hat.

Cuenca is the city most famous for Panama hats, but you can get the same hats (from Cuenca) in Otavalo, often without the markup and hard sell.

Perhaps the coolest thing about the Panama hat is the way it packs for travel. 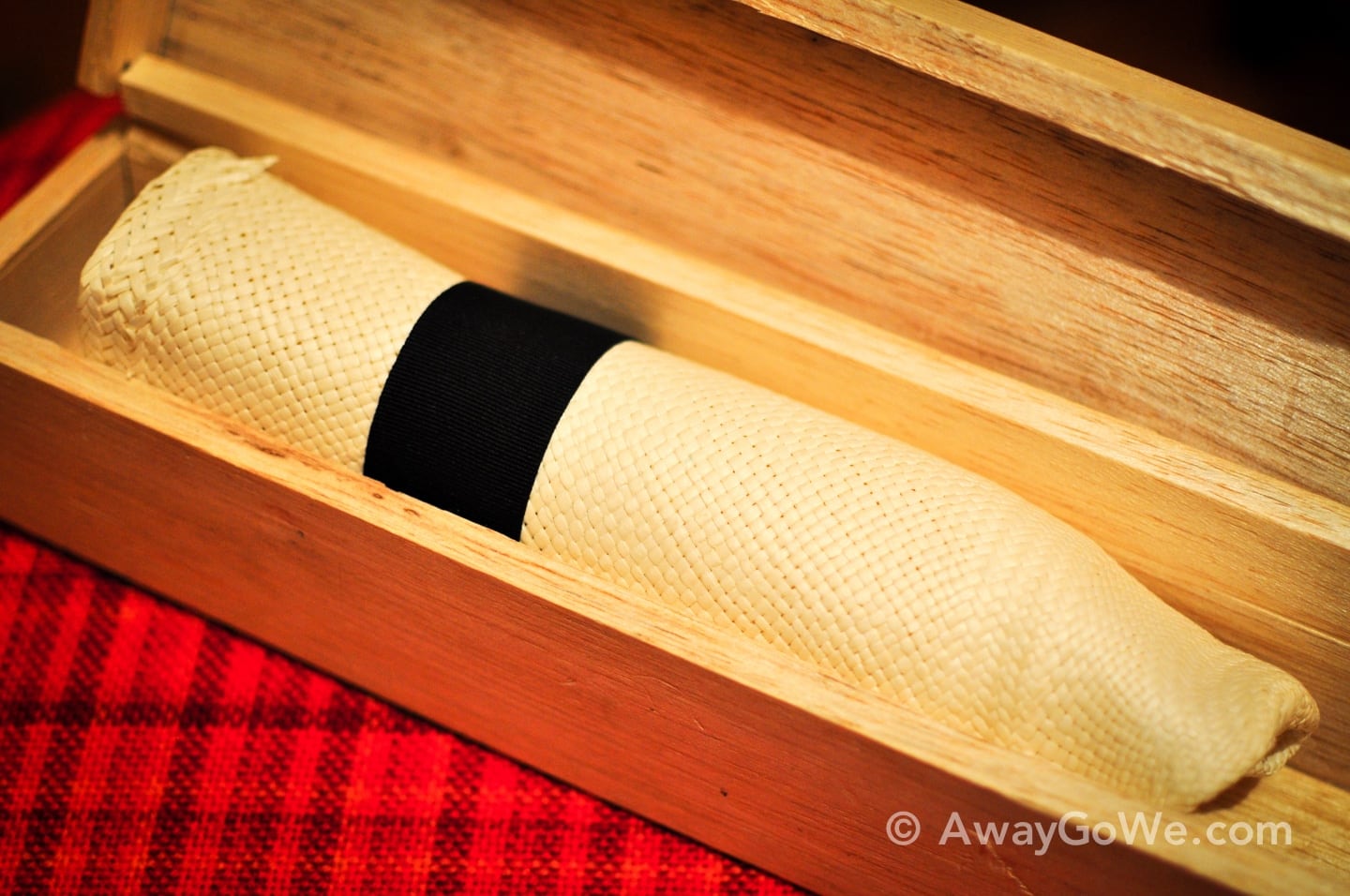 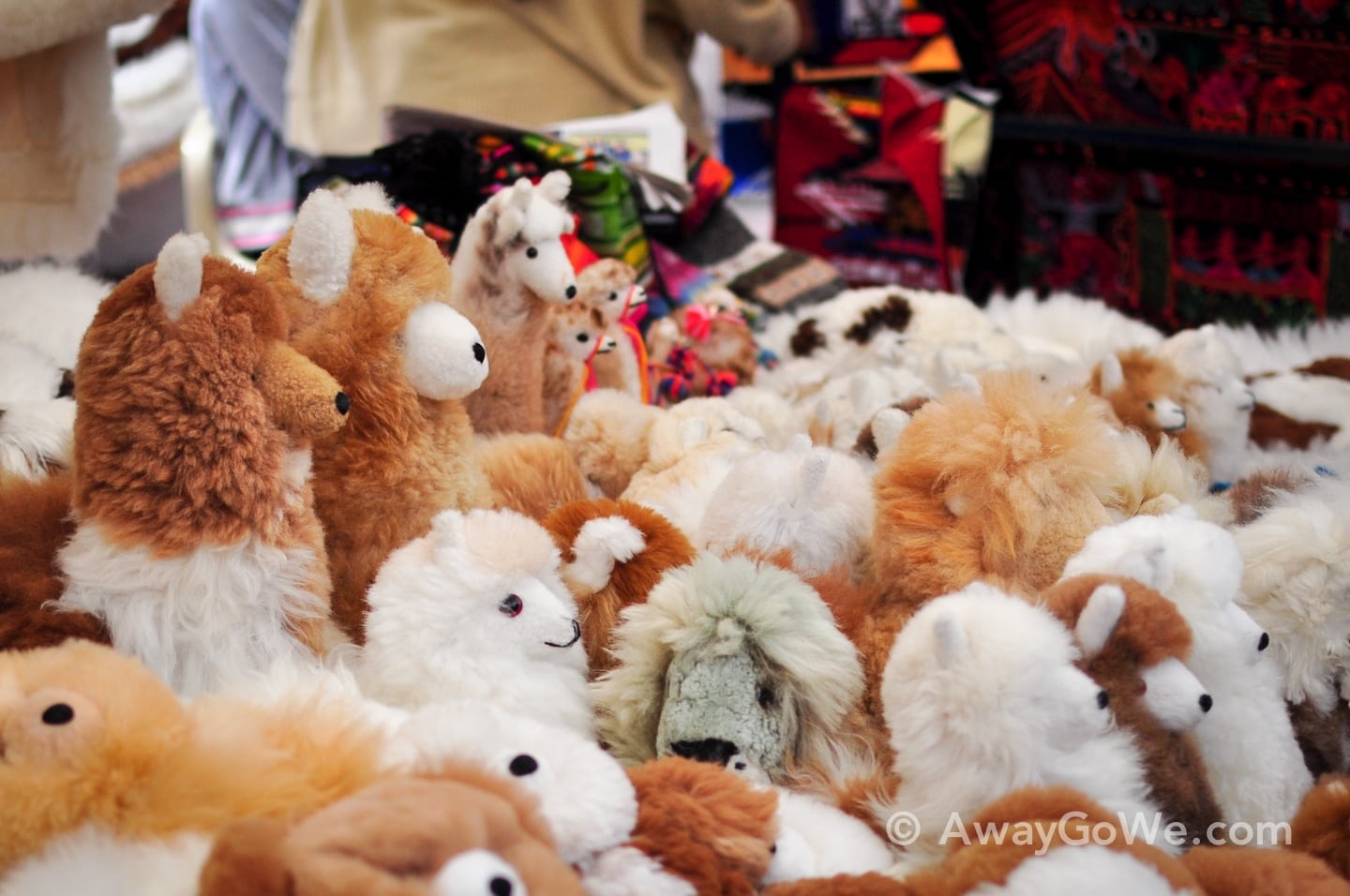 Such majestic animals. They didn’t have to die for this! 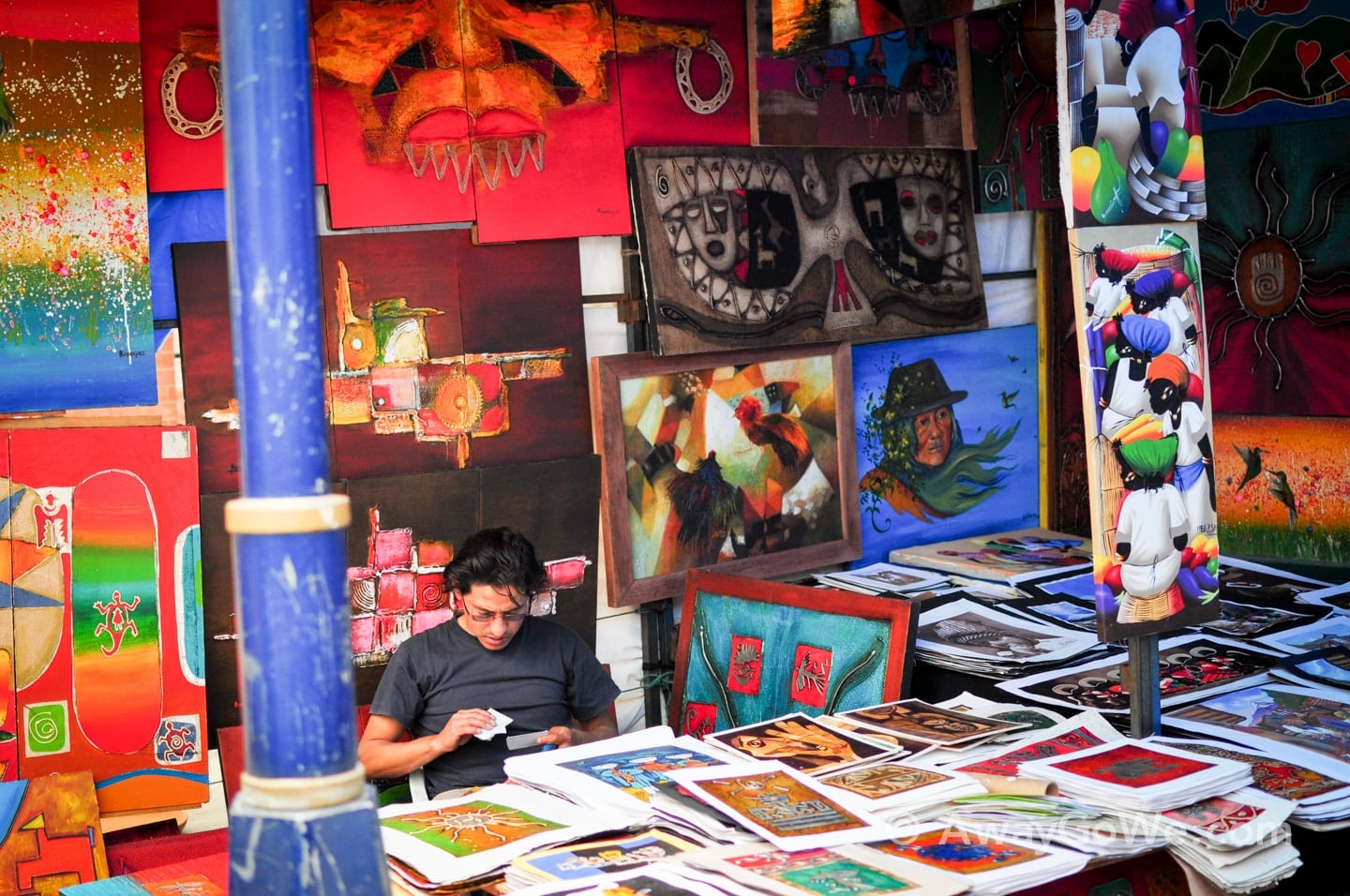 A Word About Health & Safety in Ecuador

The majority of travelers to Ecuador don't encounter serious issues with health and security, but stuff happens. Personally, we've had plenty of surprises affect our health and itinerary while traveling over the years — severe weather, road accidents, broken bones, and other nasties.

Each and every time, we've been very relieved to have a good travel insurance policy. We use and recommend World Nomads for all of our independent travel overseas. We also have close family who have had good experiences with Allianz, which might be worth checking out as well. 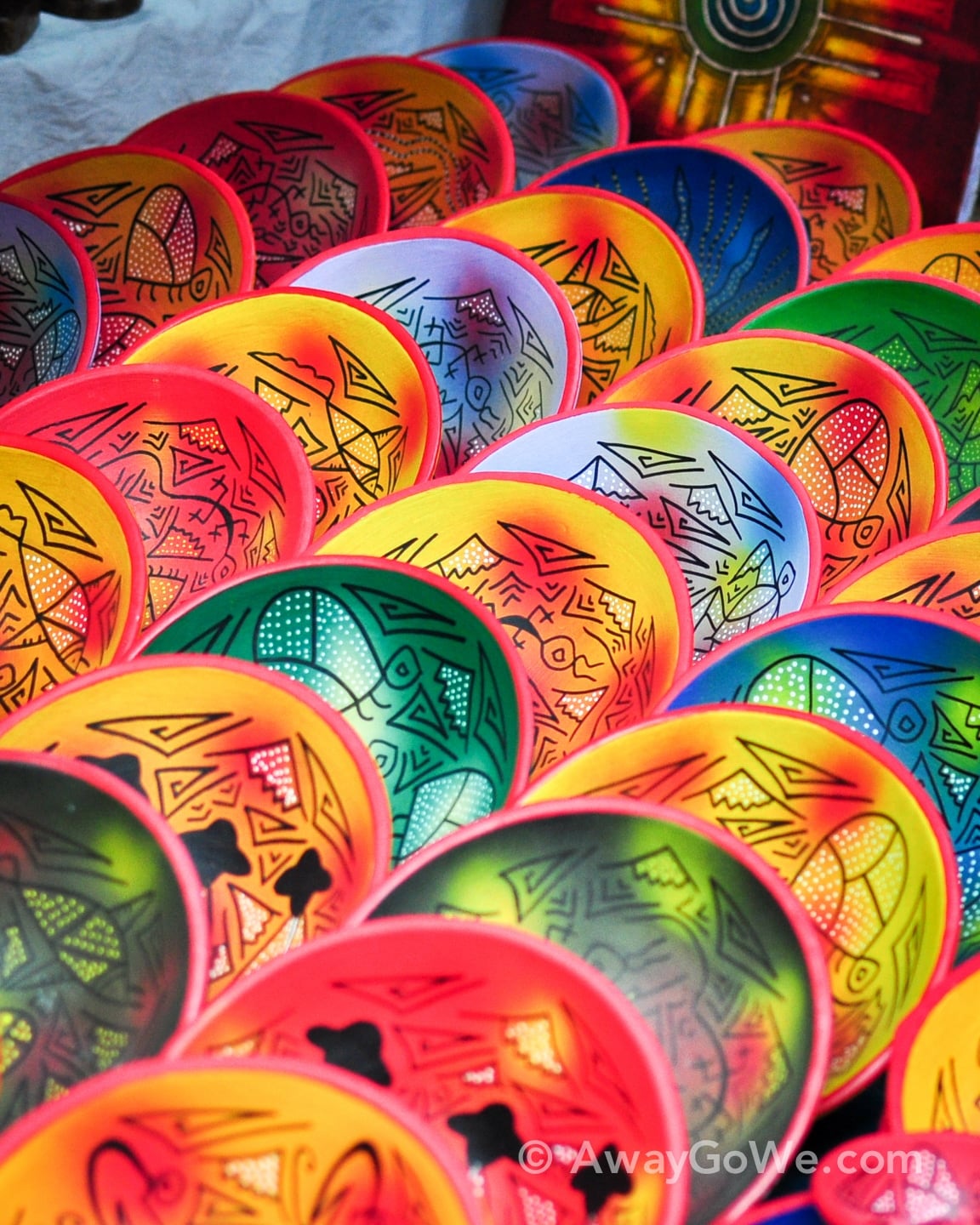 Have you visited Otavalo Market in Ecuador? Tell us about your experience in the comments below. 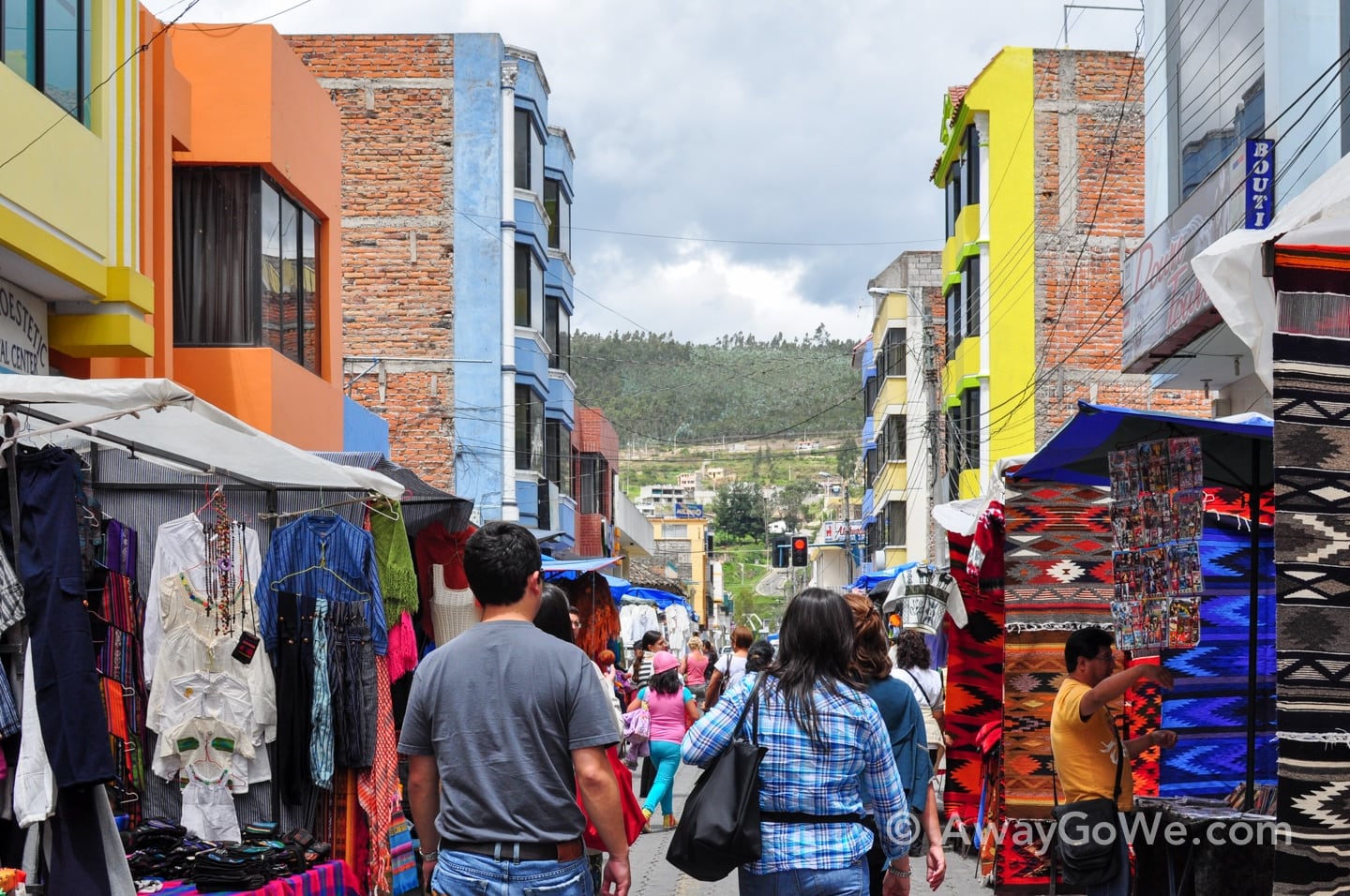 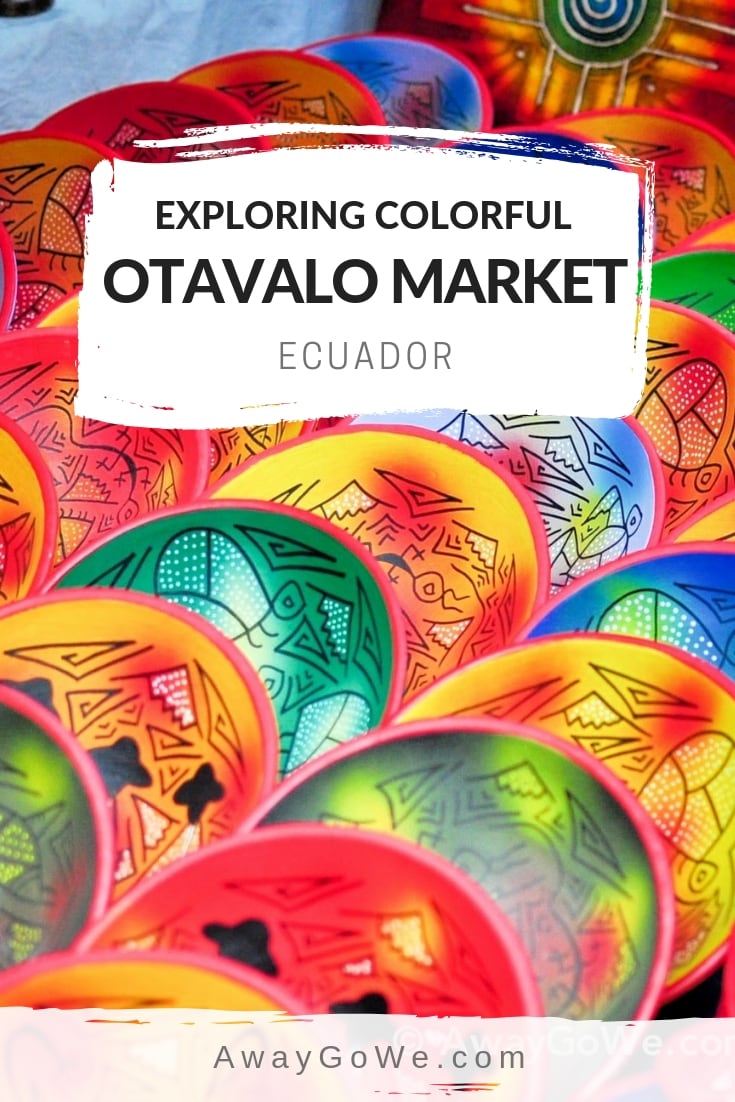