We thought we were cutting Lori’s interview close on a travel day…until we screeched to a halt in Nampula FOUR HOURS EARLY.

Yeah, it was one of those white-knuckle rides. The trip from Quelimane to Nampula was supposed to take 8-10 hours on a good day. We made it in 6 on the Nagi Bus, even stopping a handful of times for 5-10 minute stretches. If we hadn’t stopped at all we would’ve made it in under 5.5 hours. Absolutely insane.

I’m not a big fan of fast transport in general. I prefer freighters to fast-cats, prop planes to jets, the bullet trains in China just made me dizzy. Whenever we have a choice we take big buses instead of chapas (minivan taxis). I much prefer lumbering along in a clumsy behemoth that stops in the major towns to a zippy tin can that stops every 30 seconds. On this particular day, however, we found ourselves on a large and improbably super-charged coach bus with Mario Andretti’s long-lost Mozambican cousin at the helm. Lori and I were sitting towards the front of the bus and I couldn’t help but notice the speedometer needle pinned — literally pushing up against the pin — throughout most of the trip. 140kph was the top speed, but I know we must have been going much faster than that.

At one point, I even asked the cobrador (money collector) why we had to go this fast. Surely 120kph was fast enough, yeah? 100kph…now there’s a nice, steady speed! Better fuel economy, less wear and tear on the bus. Am I right, or am I right? The cobrador (as cobradors often do) just chuckled, mumbled something to the driver and that was that. Five minutes later, as all six of the bus’ wheels were touching down on the tarmac again after catching some air I tapped the cobrador’s shoulder again. This time, he explained to me that it was important that we maintain this speed to reach Mocuba in time for several of the passengers to make their connection so that they can arrive at the Malawi border by sun down. He assured me that after we reach Macubo, that the bus slow down considerably.

Needless to say, this ended up being a crock of BS. We did stop in Macuba to deposit said passengers, only to be absolutely inundated with dozens upon dozens of new passengers which the cobrador crammed in from rear to front. Most passengers at this point were standing and pressed very closely together. I had seen packed buses before, but not like this. The best part was that we continued on, perhaps at an even higher speed than before (at this point I could no longer see the speedometer and lost all access to the cobrador, which hadn’t helped anyway), with the added benefit of being severely top-heavy.

At around 9:45am, we were stopping a lot and Lori was starting to sweat things a bit. If we keep stopping like this, we’ll never make Nampula in time for her interview at 2pm. Then, 15 minutes later, we rolled into Nampula. 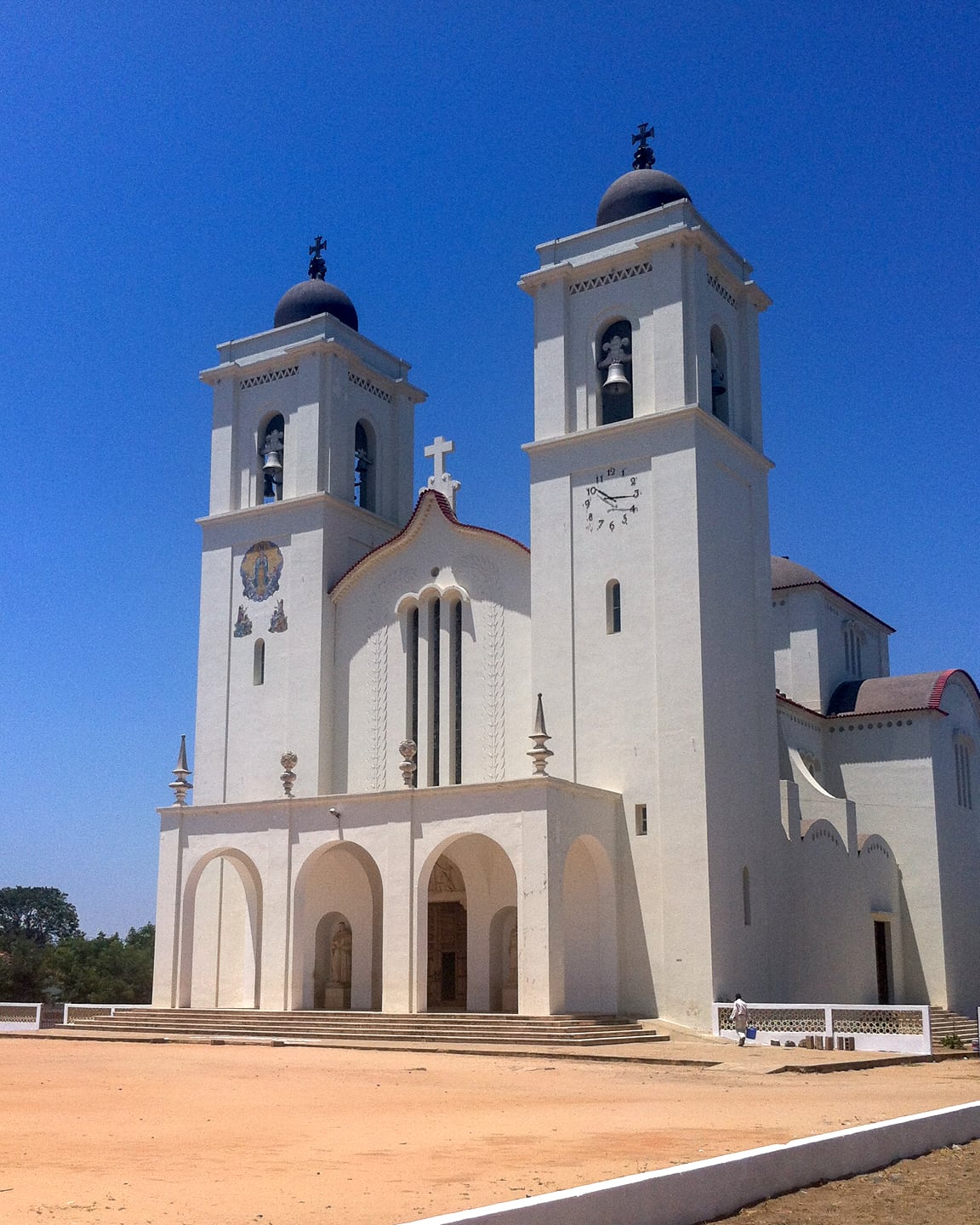 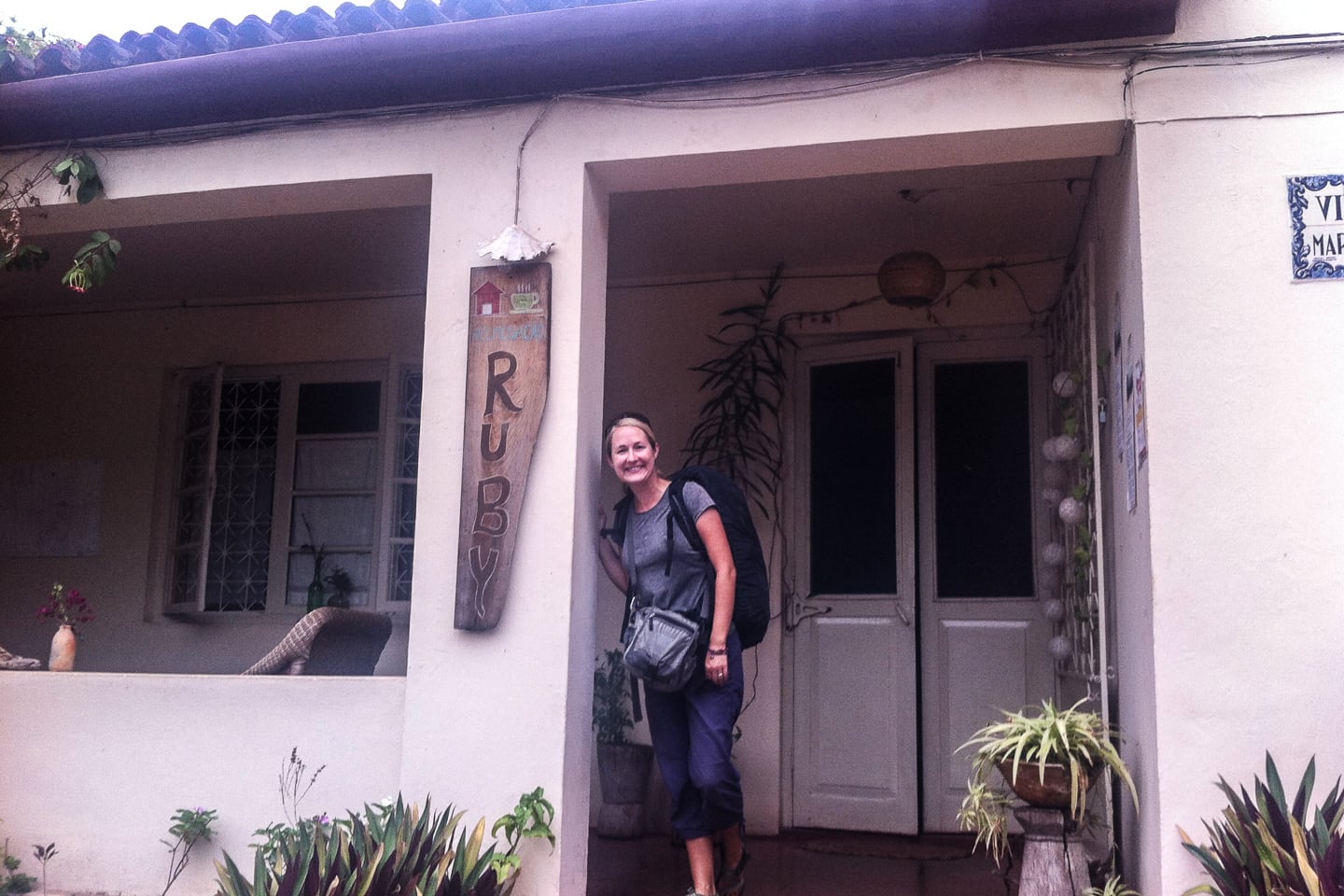 We stayed at Ruby’s Backpackers, the only backpackers (and one of the few “budget” options in Nampula…and by “budget options in Nampula,” I mean US$50 per night for a shared bath and ceiling fan. Don’t get me wrong, the place was nice, with a good vibe to it, but $50 bucks was almost as much as we paid per night in Cape Town at the very well-appointed Signal Hill Lodge. This was Nampula. But everything was expensive in Nampula, far more than anywhere else in the area. Now why Nampula is so expensive, I may never know. It’s not like Nampula is a traveler’s magnet. It’s pleasant, but rather characterless and lacking in charm in every way imaginable. 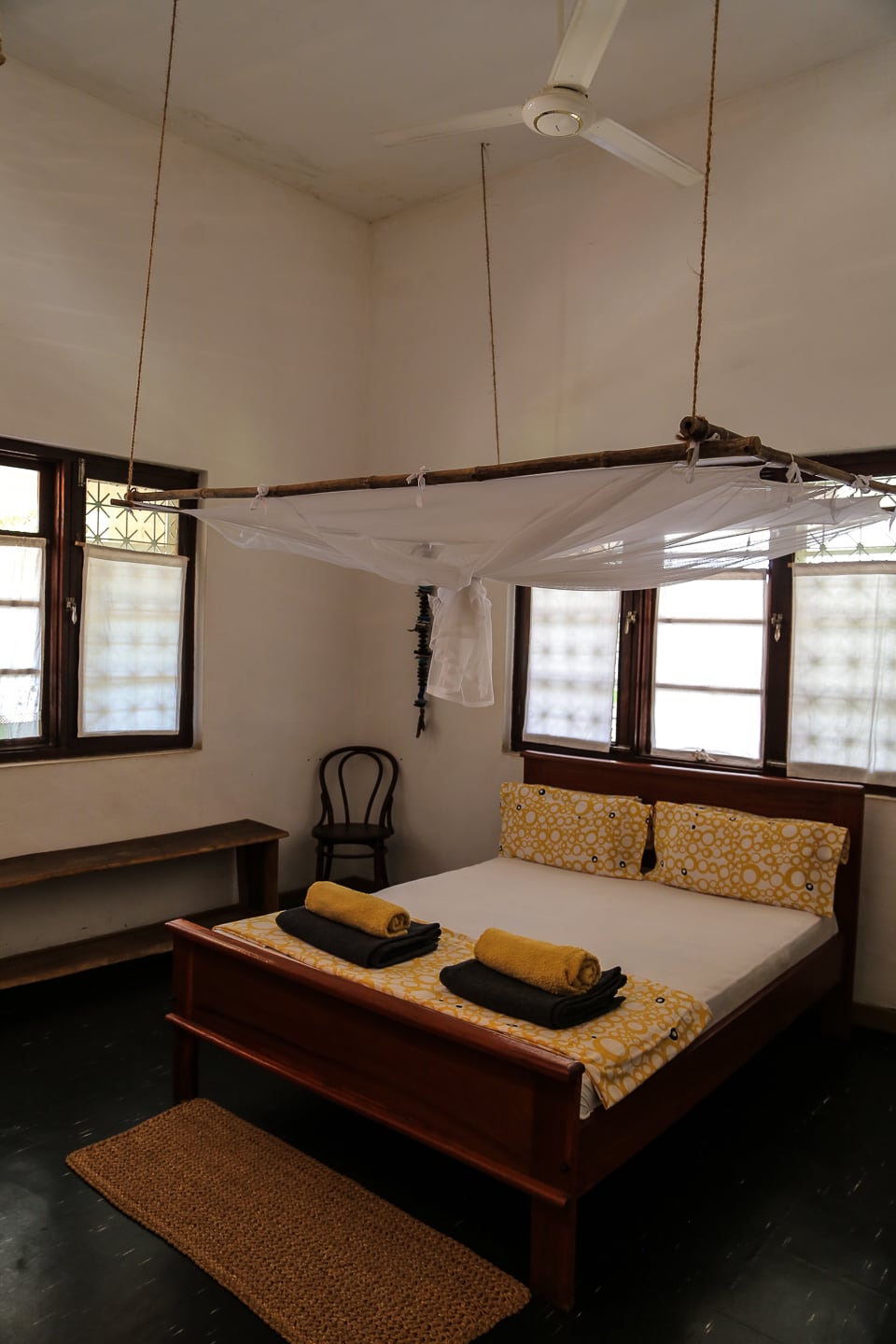 So Lori did make it for her interview with plenty of time to spare. We even had time to go out and grab some lunch beforehand. And of course she killed it and was immediately passed on to the next step. We celebrated that night with drinks at the quasi-swanky Sporting Club (I had my first taste of Laurentina Premium beer…which was a’ight) followed up by fairly legit Chinese food at Lua Nampula just down the street. It was a good night. 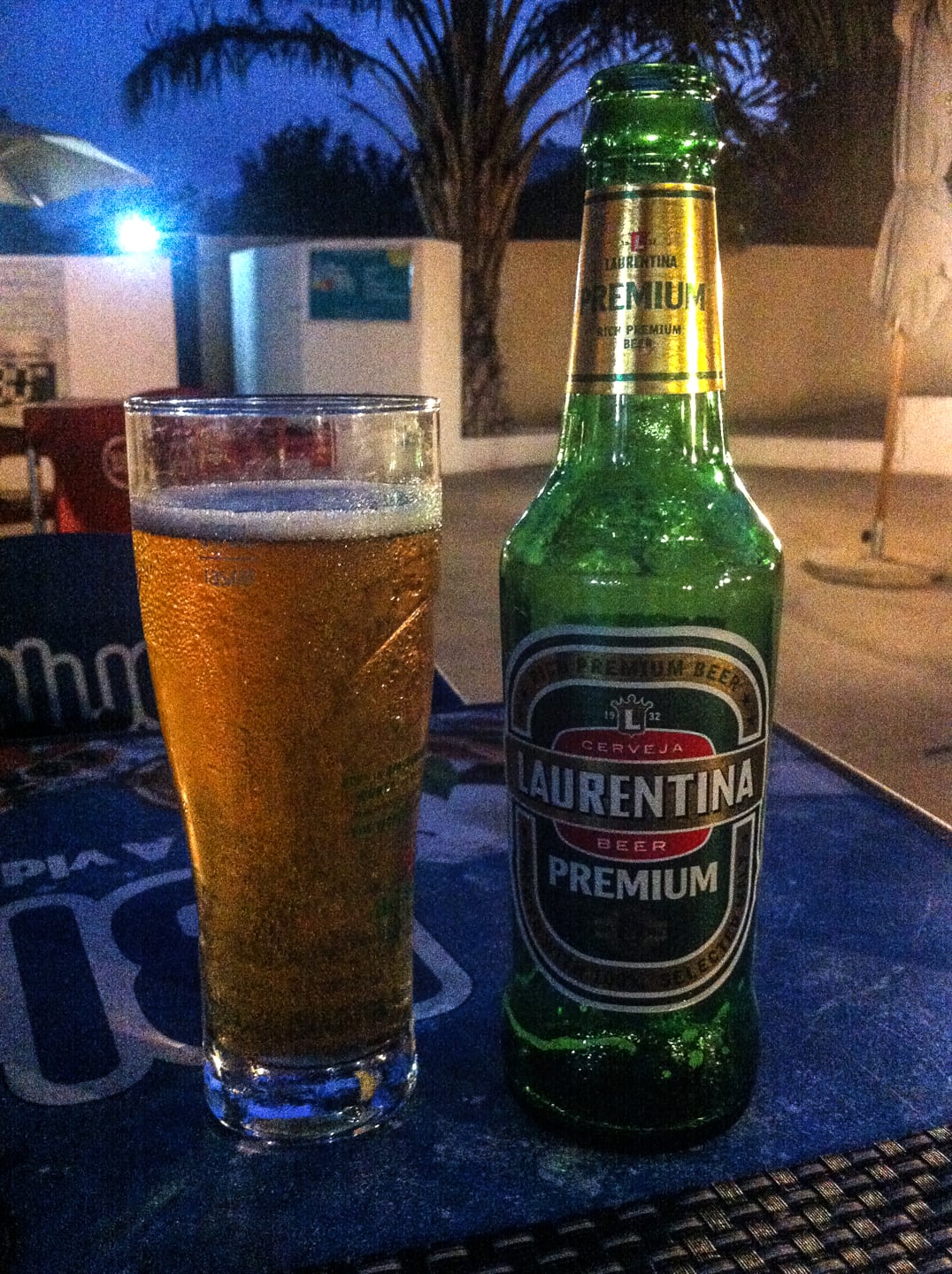 After dinner, our thoughts turned toward the rest of our time in Mozambique. The original plan was to head to Ilha de Moçambique and then on to Ibo and the Quirimbas islands for the remainder of our stay in Moz before making our way north to the Tanzanian border and up the coast to Dar. After spending an entire week in transit, waking up at 2:30am to catch buses, the “travel” aspect of our travel was quickly losing its luster. It was then that we decided to nix our Pemba to Dar overland adventure (which would have easily added 3-4 days of pure travel, logistics and early mornings in addition to getting to/from Ilha and to/from Ibo, which looked to be an adventure in itself. After adding up the bus costs, we found that plane tickets between Pemba and Dar wouldn’t be much more expensive and booked a pair for our Mozambican visa expiry date: 29 October.

While we were at it, I came across round trip tickets between Dar and Zanzibar and were surprised that they weren’t much more than the ferry tickets ($80 vs. $110), so I booked those too.

The idea of jumping from Pemba straight to Zanzibar injected new energy back into the trip, and for the first time in a week we were excited to continue on. 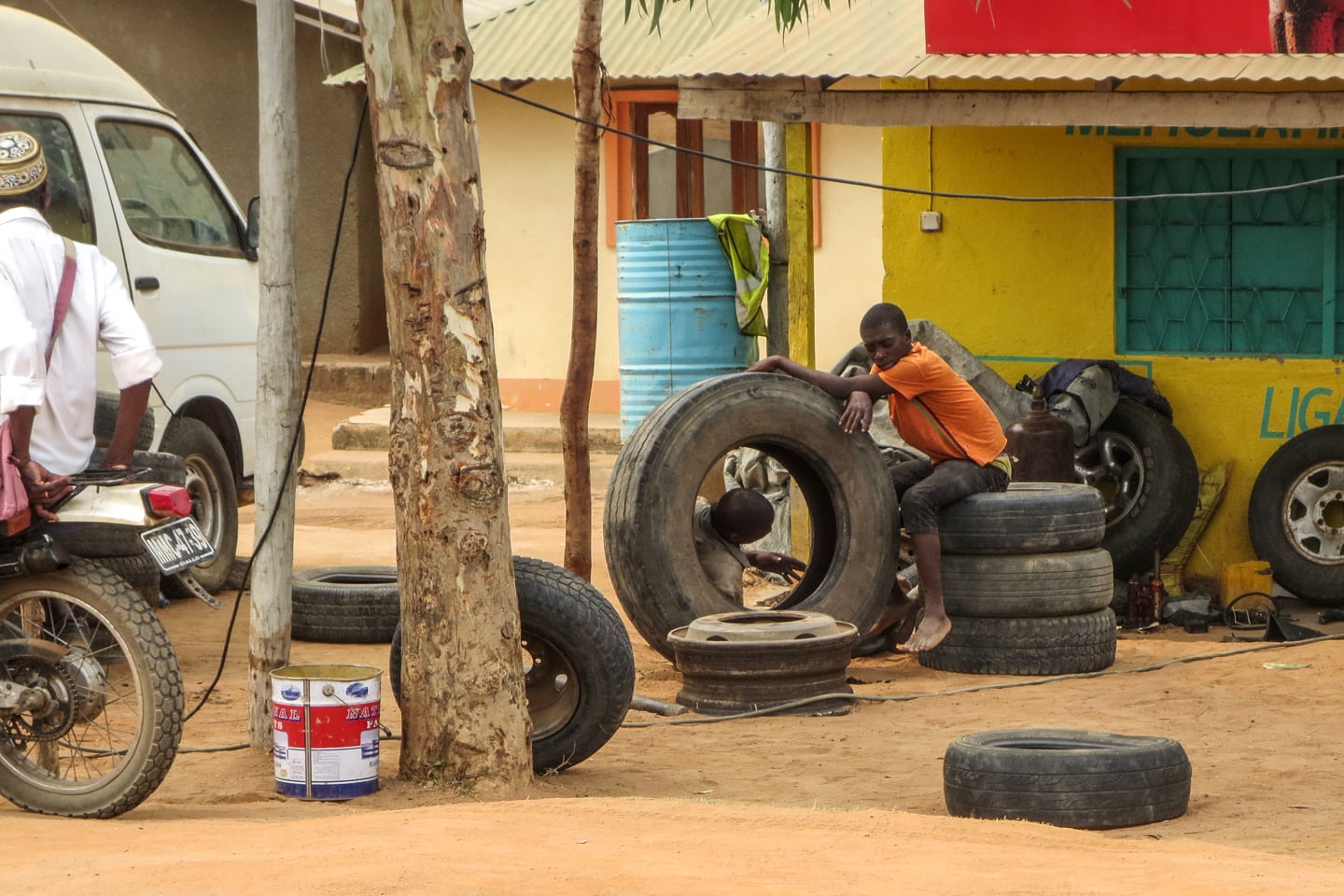 Getting the transport to Ilha was a bit weird. Our guide book explained it one way while the manager of our guesthouse explained it another. As often happens, the truth lay somewhere in the middle. We followed the manager’s advice, walking up to the train station and catching a chapa going towards some place called Rex. It was the yellow-labeled chapas that went there (which do not say Rex on them). At some point, the cobrador tells us to exit and get on another vehicle. At first it seemed sketchy, but turned out to be legit. We read that we were looking for a Tanzaniano (often called China chapas in Moz), essentially one of those unmistakable minibuses that often have Chinese writing on the side — bigger than a regular chapa but smaller than a full size bus. We sat there in the baking heat for a while until we finally rolled out of town. We’re not sure if that was Rex, or another place that we stopped at later on…it was never clear.

In the end, we made it to the Ilha bridge (where we had to change to a smaller minivan to cross the weight-restricted bridge) in 4 hours. We were told the trip would take 3-4 hours. We were also told to have patience. If we were to have driven the stretch ourselves, we most certainly could have made it in under two hours, going well below the speed limit. In true chapa fashion, however, ours stopped for everyone and everything, piling the trailer high with everything imaginable. Fortunately, we had our own window, a large bottle of water and a nice breeze. 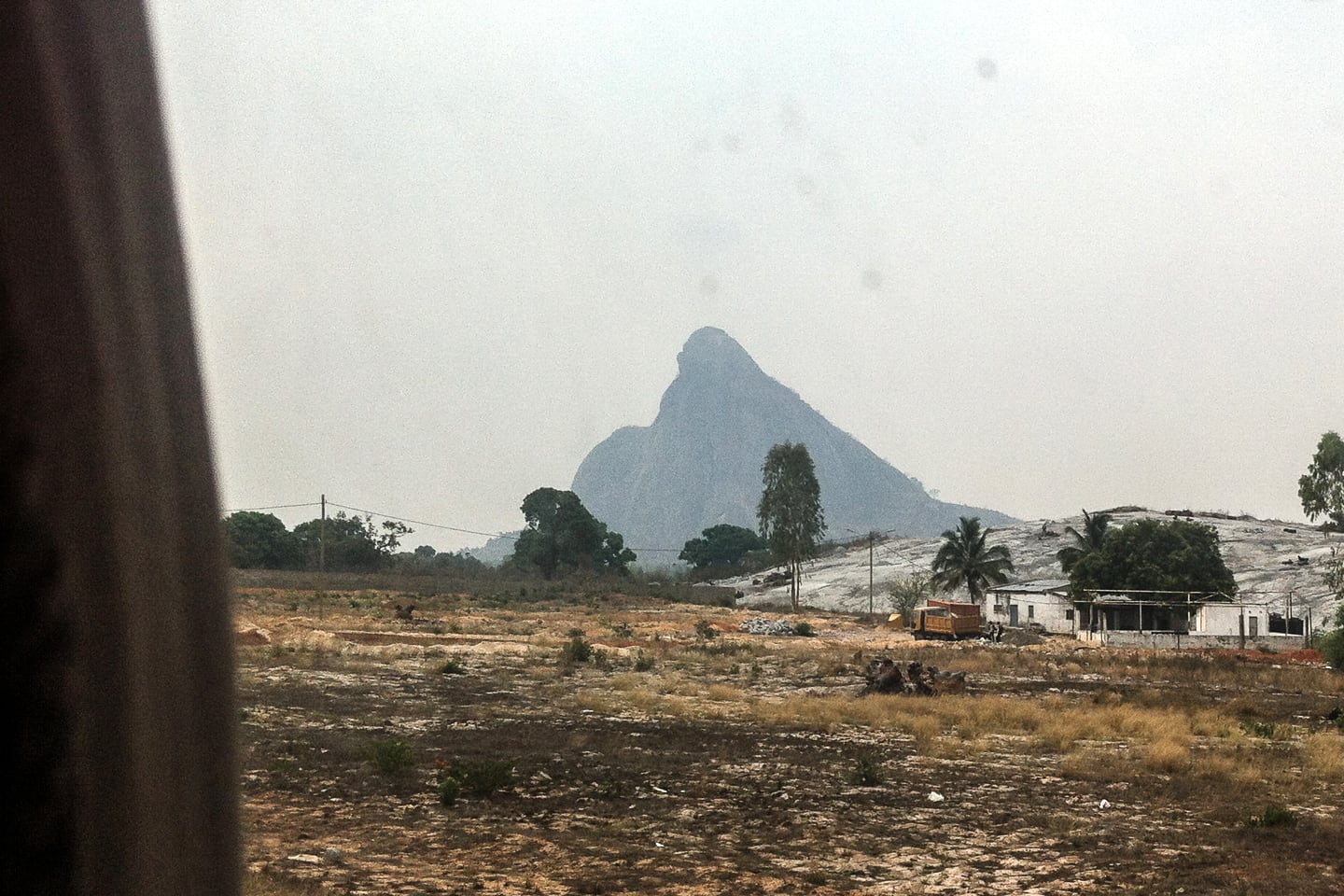 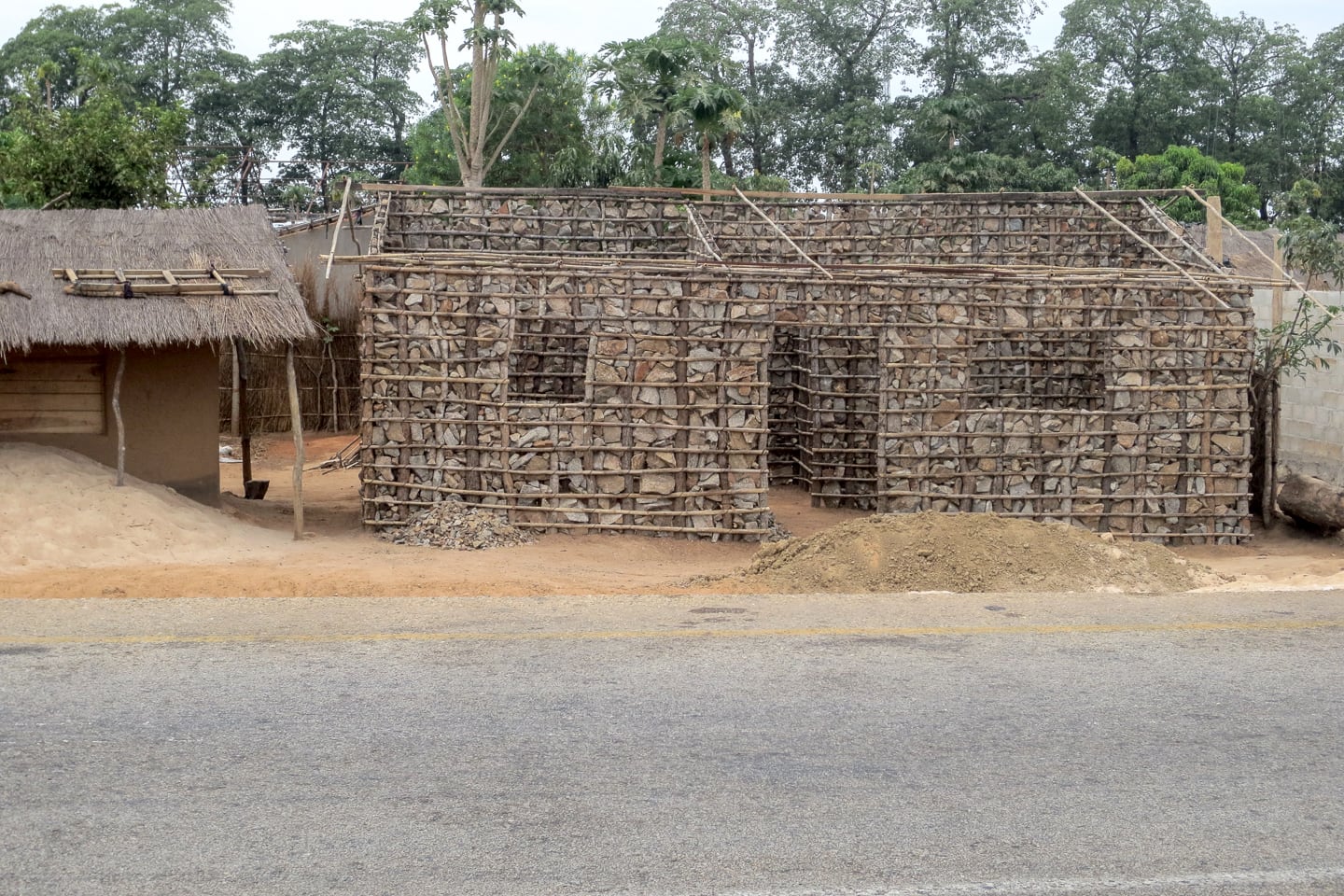