Mitad del Mundo is one of Quito’s most popular day trips. But is it worth the hype? Here’s what to expect plus how to get there by public bus.

Ecuador’s Mitad del Mundo (Middle of the Earth) is one of those day trips from Quito that ranks high on most travelers’ itineraries. And for good reason — there are only a handful of places on earth where you can knowingly stand on and acknowledge this imaginary line of lines.

The Equator is an endless source of fascination, particularly for those of us who grew up in the northern (or southern) latitudes far outside of the tropics. 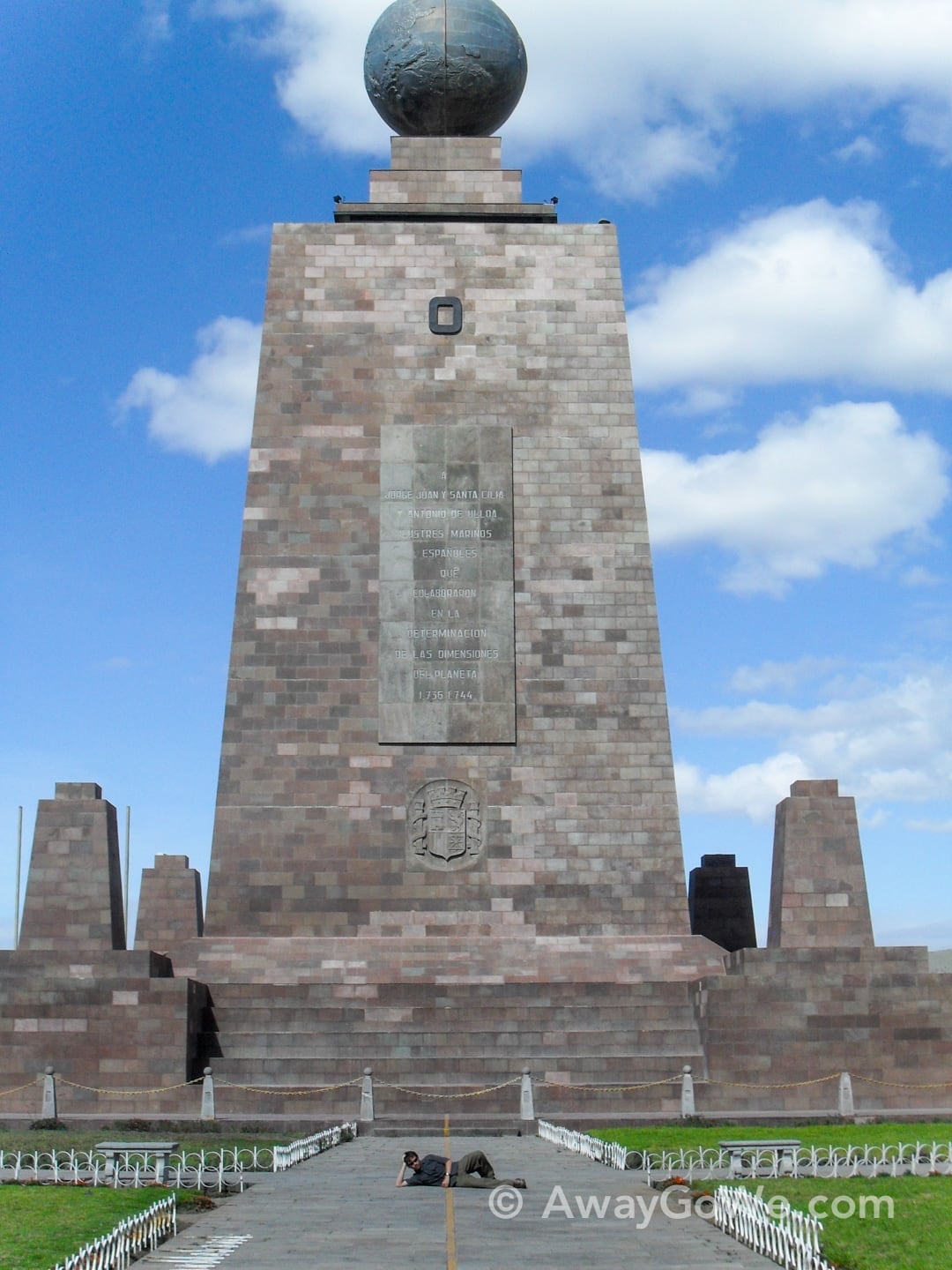 With the speed of modern aircraft and the rate at which people are traveling abroad these days, you’d think that this invisible line circumscribing the earth might have lost its intrigue for us long ago.

But it’s still a long way down to the middle of the world. And, of the 24,900 miles of Equator, less than a quarter of those miles are actually land – the vast majority of which being uninhabited jungle.

And then, there’s Ecuador — one of three countries in the world where a visit to 0°0′0″ is just a short drive from the capital city (the other two being Gabon and Uganda).

So, when we found ourselves in Quito, there was no doubt that we were going to be paying the Mitad del Mundo a visit [find on map]. 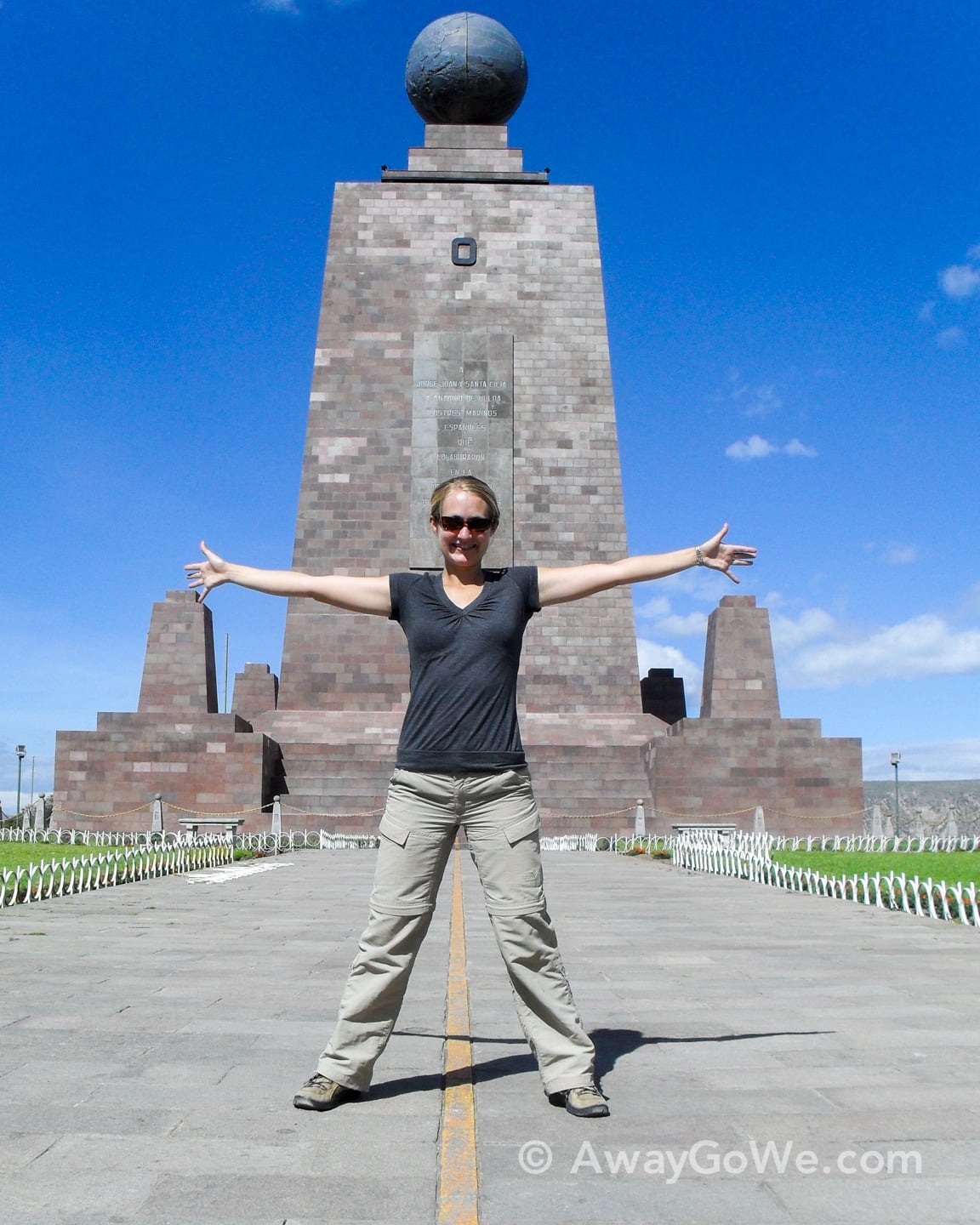 Getting to Mitad del Mundo by Public Bus

Being budget conscious as we are, we opted for the public bus option to Mitad del Mundo.

We caught a bus along Avenida Amazonas marked “Mitad del Mundo” and were careful to confirm with the driver that it was going all the way to the monument, as we had heard some buses only go part of the way.

The ride took about an hour and cost about US$1 each. 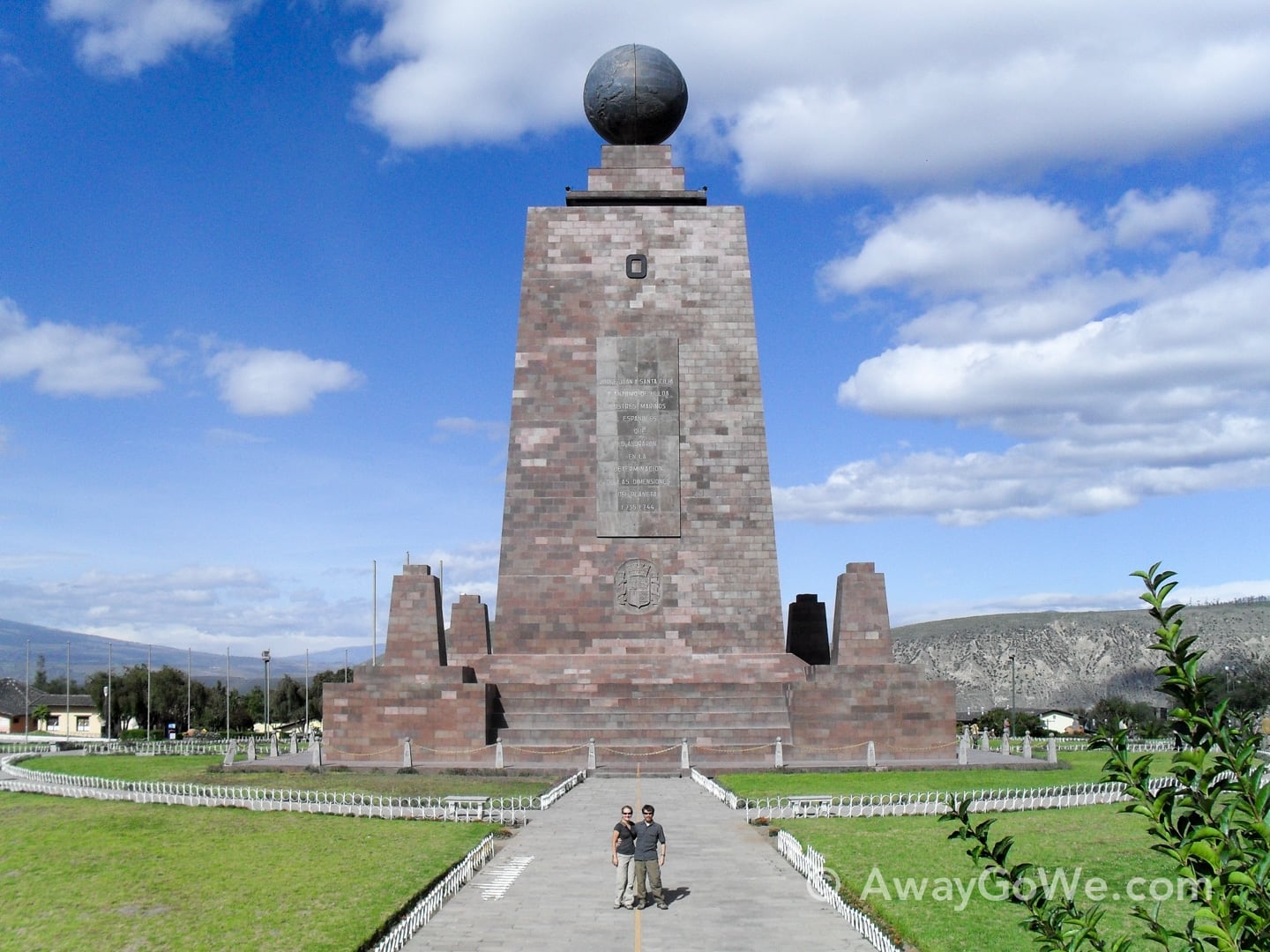 FUN FACT: Did you know that the Equator is not actually fixed, but constantly changing? Indeed, the equatorial plane is always fixed to the Earth’s spin axis, but the axis actually drifts about 30 feet each year!

This, coupled with the fact that the placement of the current monument outside of Quito was based on imperfect 18th century technology, means that you don’t take what you see here as Gospel.

However, the nearby Quitsato Sundial [find on map], constructed in 2006, is about as spot on as you can get. 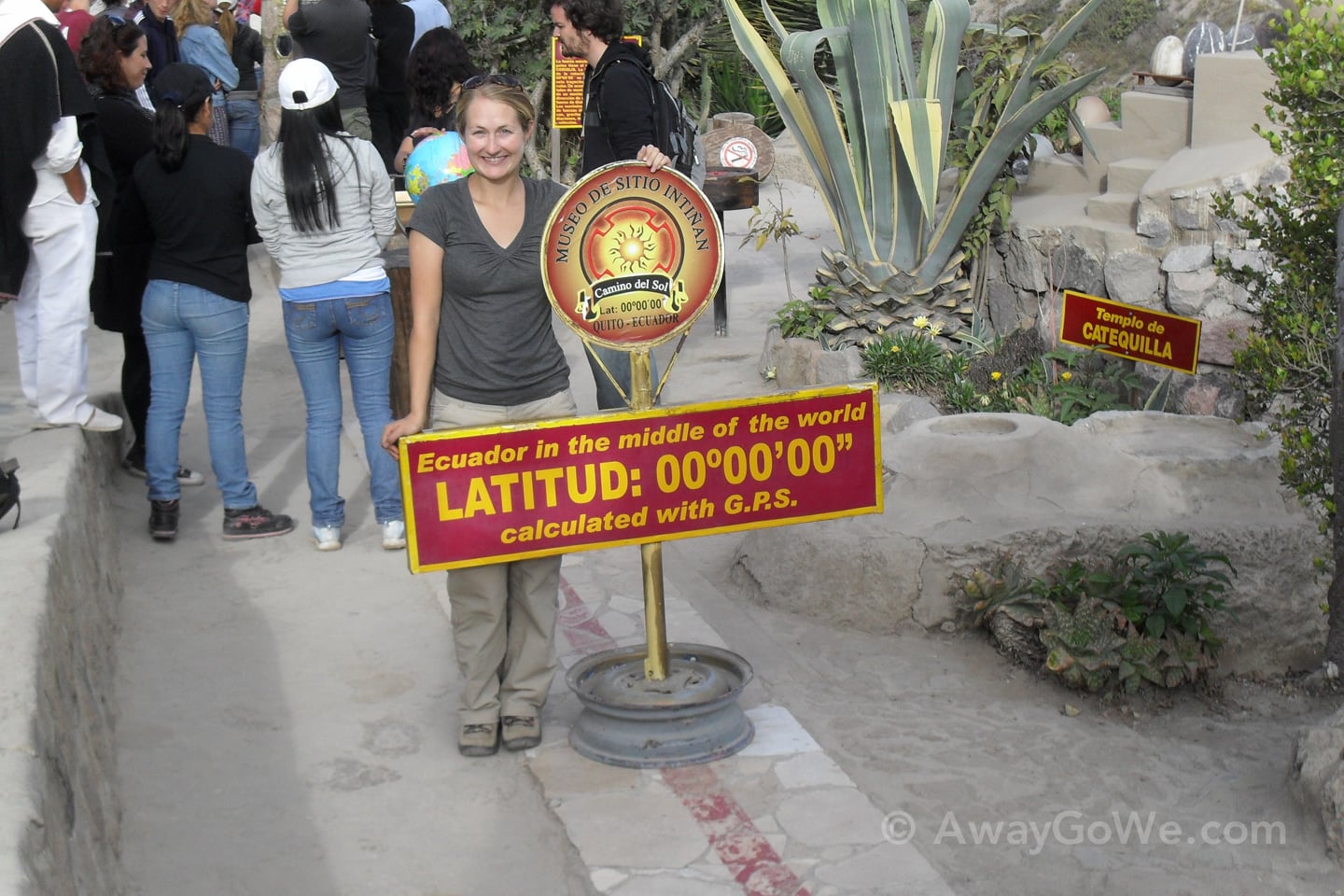 But that’s not all!

Across the street from the monument is the real place you’ve secretly been wanting to visit all these years: The Intiñan Museum…home of the “true” equator [find on map].

Heard the stories of balancing eggs and reverse spinning drains? This is where all of your equatorial dreams come true. 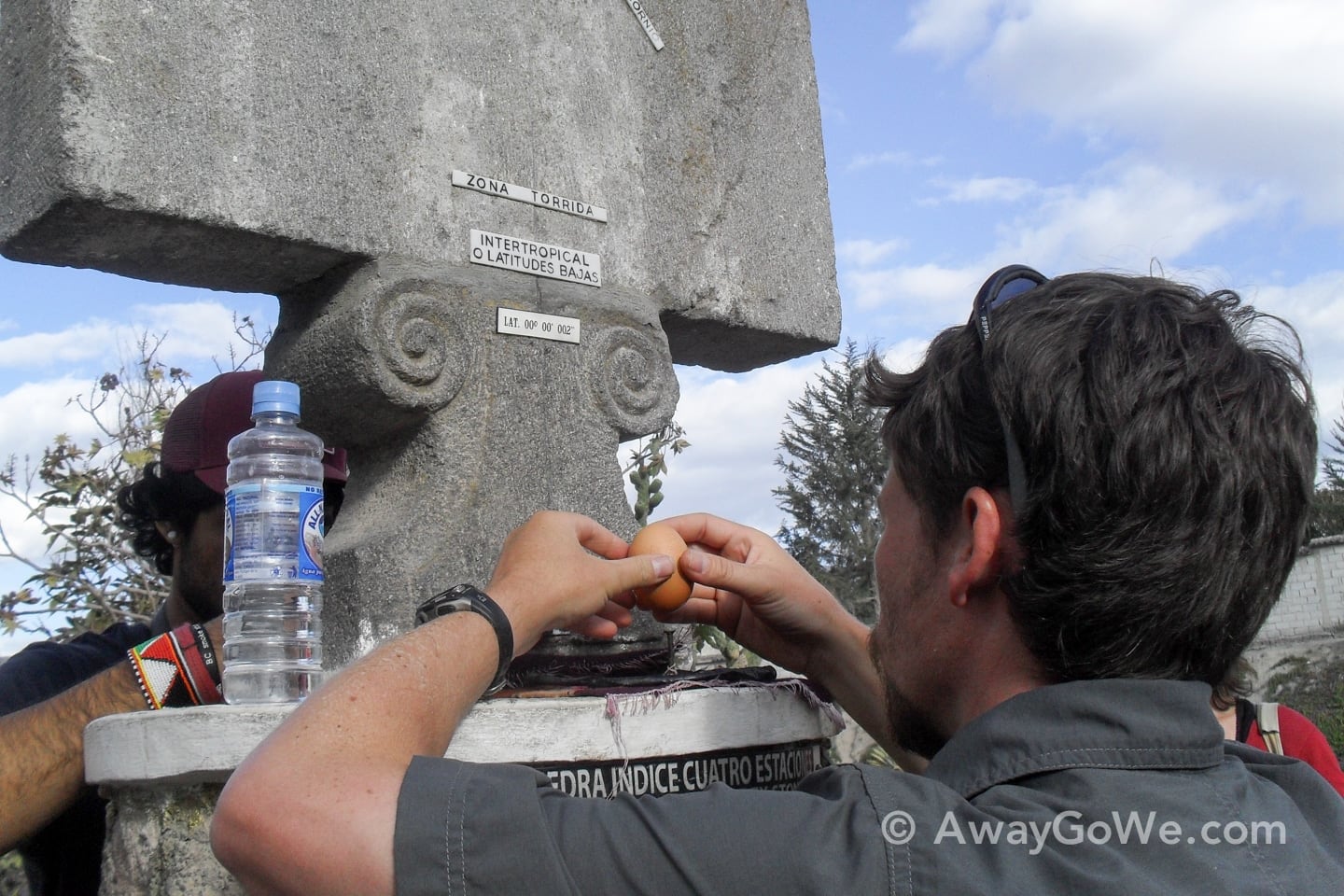 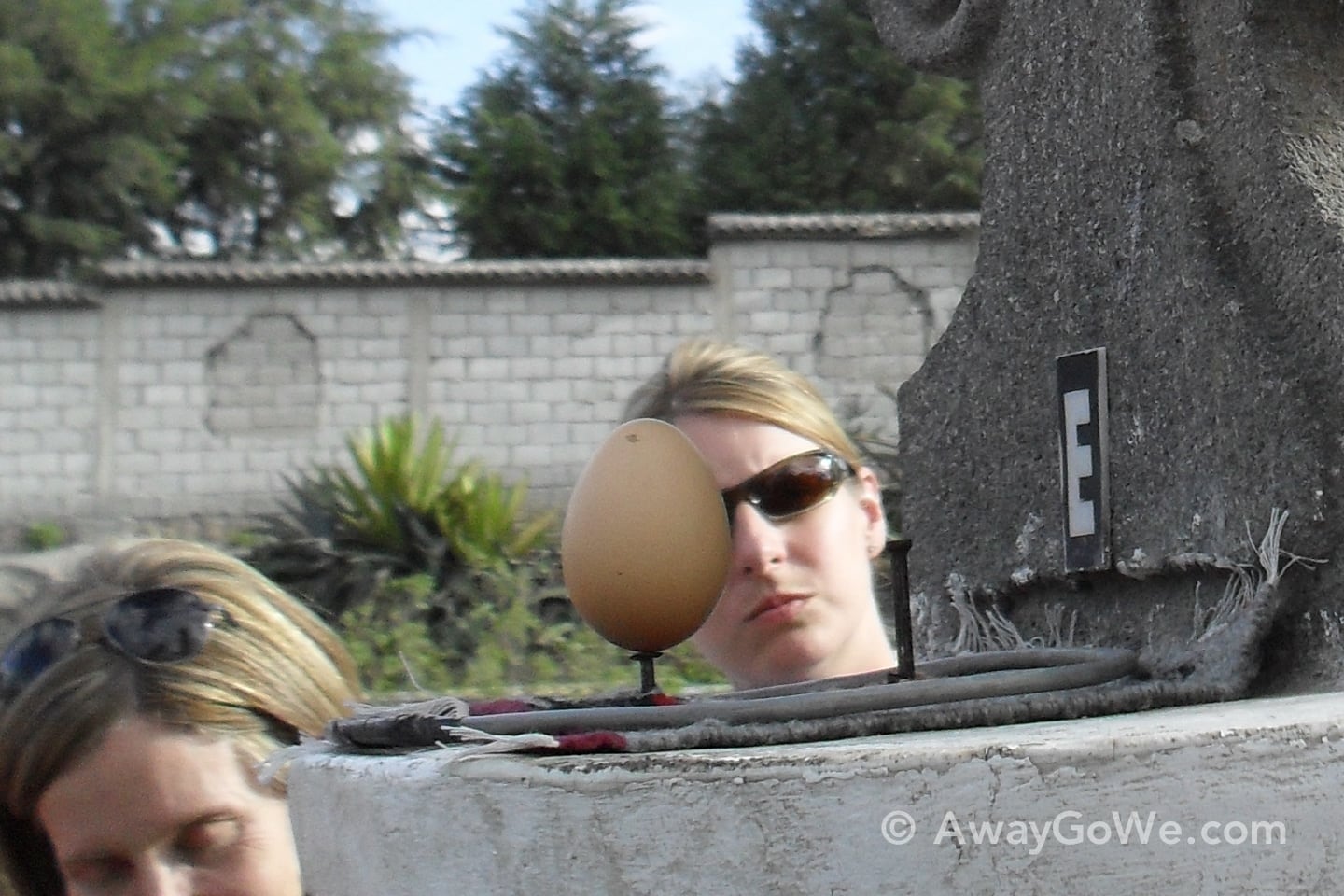 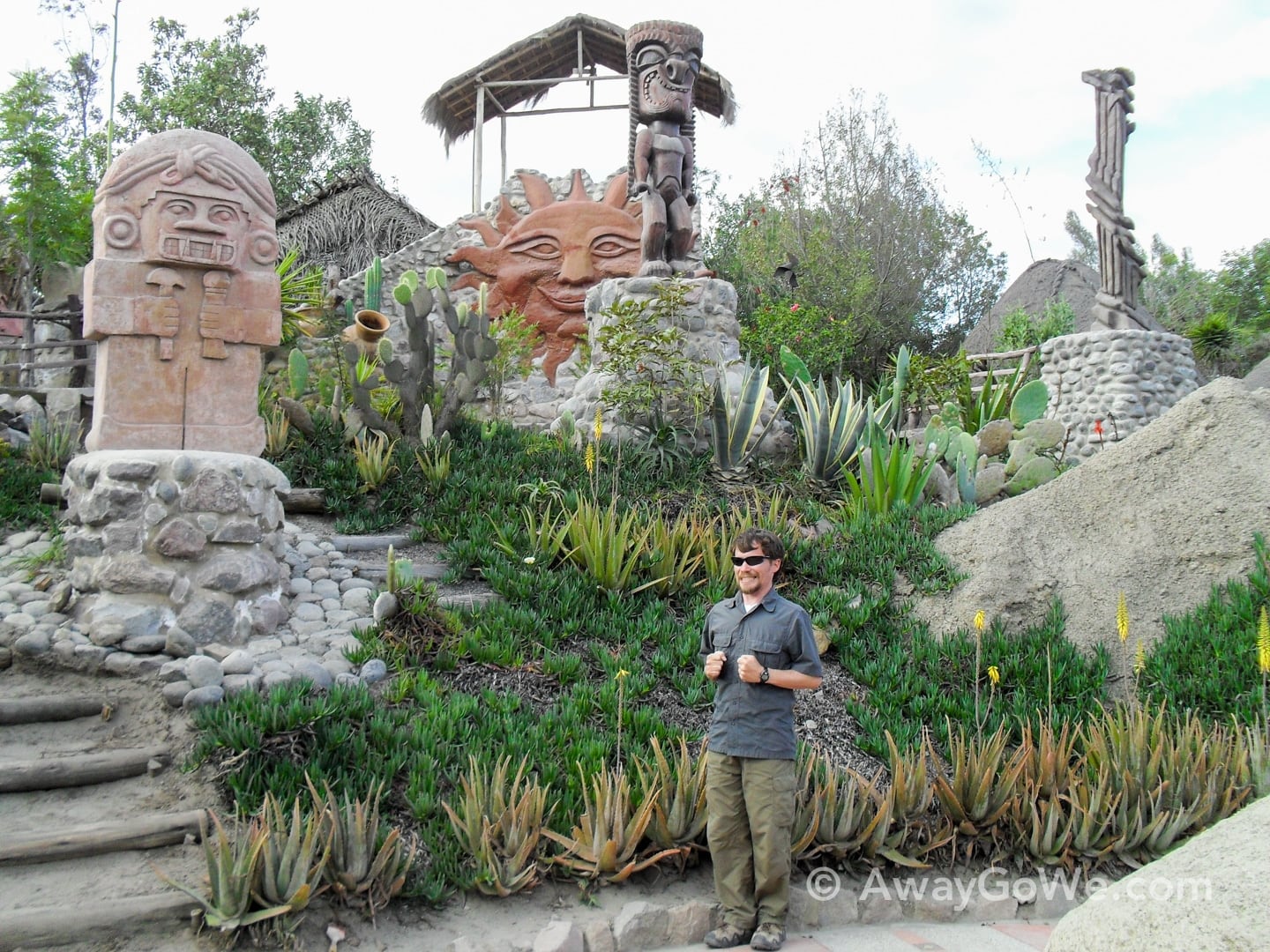 Is Mitad del Mundo Worth the Visit?

We’re always up for a day tripping adventure, so it’s hard for us to be disappointed.

If you visit Mitad del Mundo with few expectations (and an open mind), it makes for a fun and quirky half-day trip.

Take the public bus and you’re bound to add to the adventure.

If you like totally unnecessary, yet fun, keepsake stamps in your official government papers to remind you of your journey to the middle of the world, bring your passport along.

A Word About Health & Safety in Ecuador

The majority of travelers to Ecuador don't encounter serious issues with health and security, but stuff happens. Personally, we've had plenty of surprises affect our health and itinerary while traveling over the years — severe weather, road accidents, broken bones, and other nasties.

Each and every time, we've been very relieved to have a good travel insurance policy. We use and recommend World Nomads for all of our independent travel overseas. We also have close family who have had good experiences with Allianz, which might be worth checking out as well. 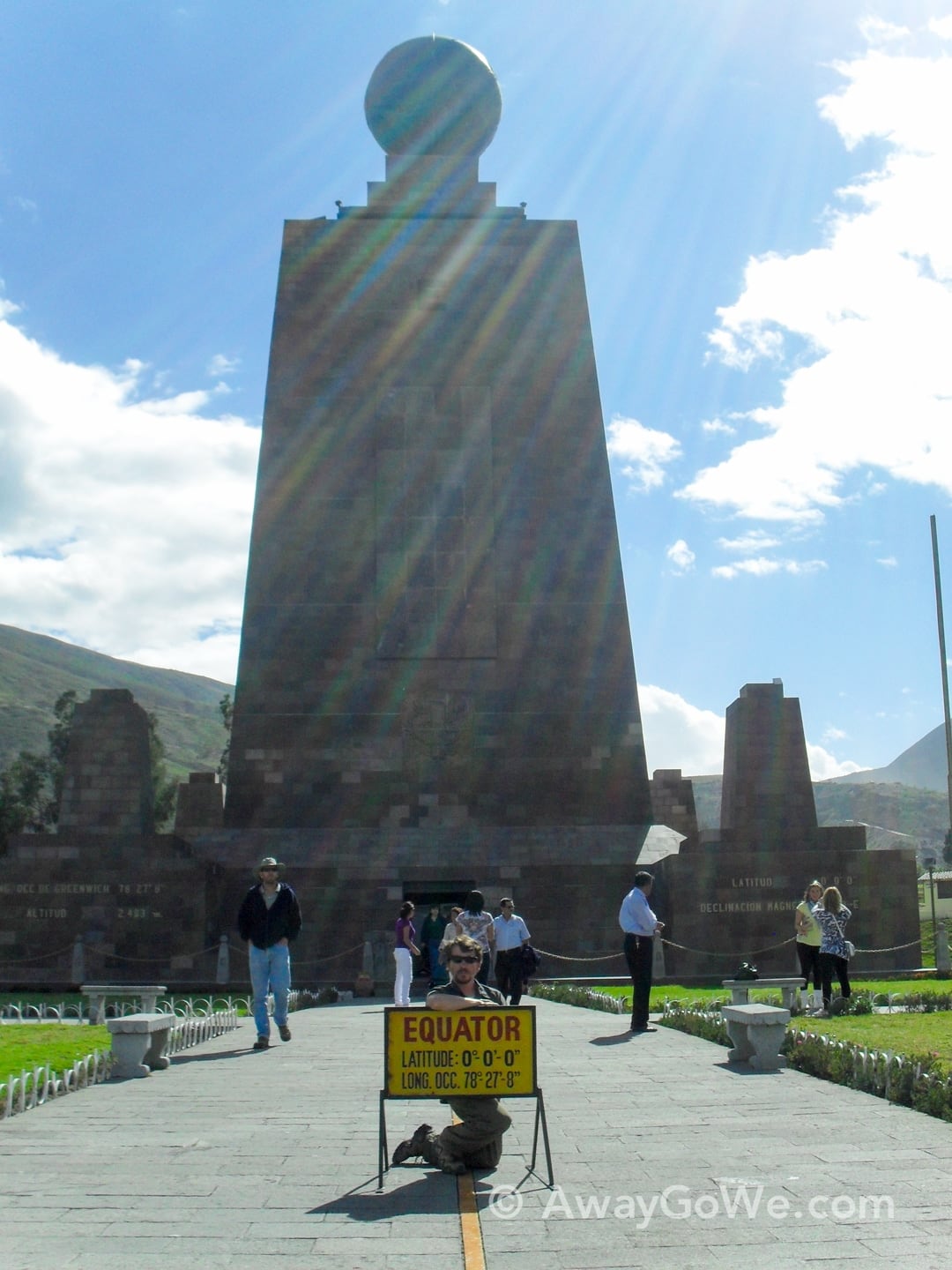 Did you think it was worth it? Let us know in the comments below. 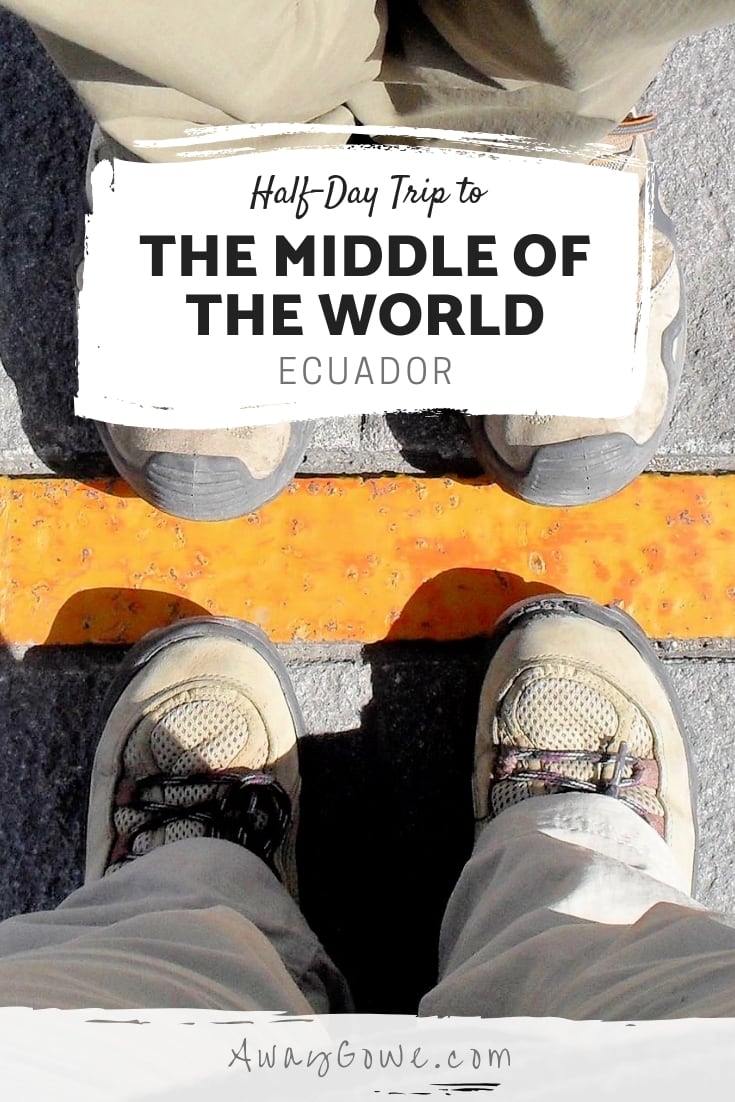