Thinking of booking a cabin at LL Stub Stewart State Park? Check out our trip report first! Helpful tips for planning your own cabin adventure.

This January, my father, brother-in-law, and I met up at LL Stub Stewart State Park for a “man weekend” of sorts, to try out one of the park’s rustic cabins.

While rustic in some ways (you had to walk about 50 yards to the flush toilets and hot showers), ours was by no means a “primitive” sort of experience. The cabins are quite nice (though basic), grouped near about a dozen other identical cabins, and only a few miles down the road from “civilization.” 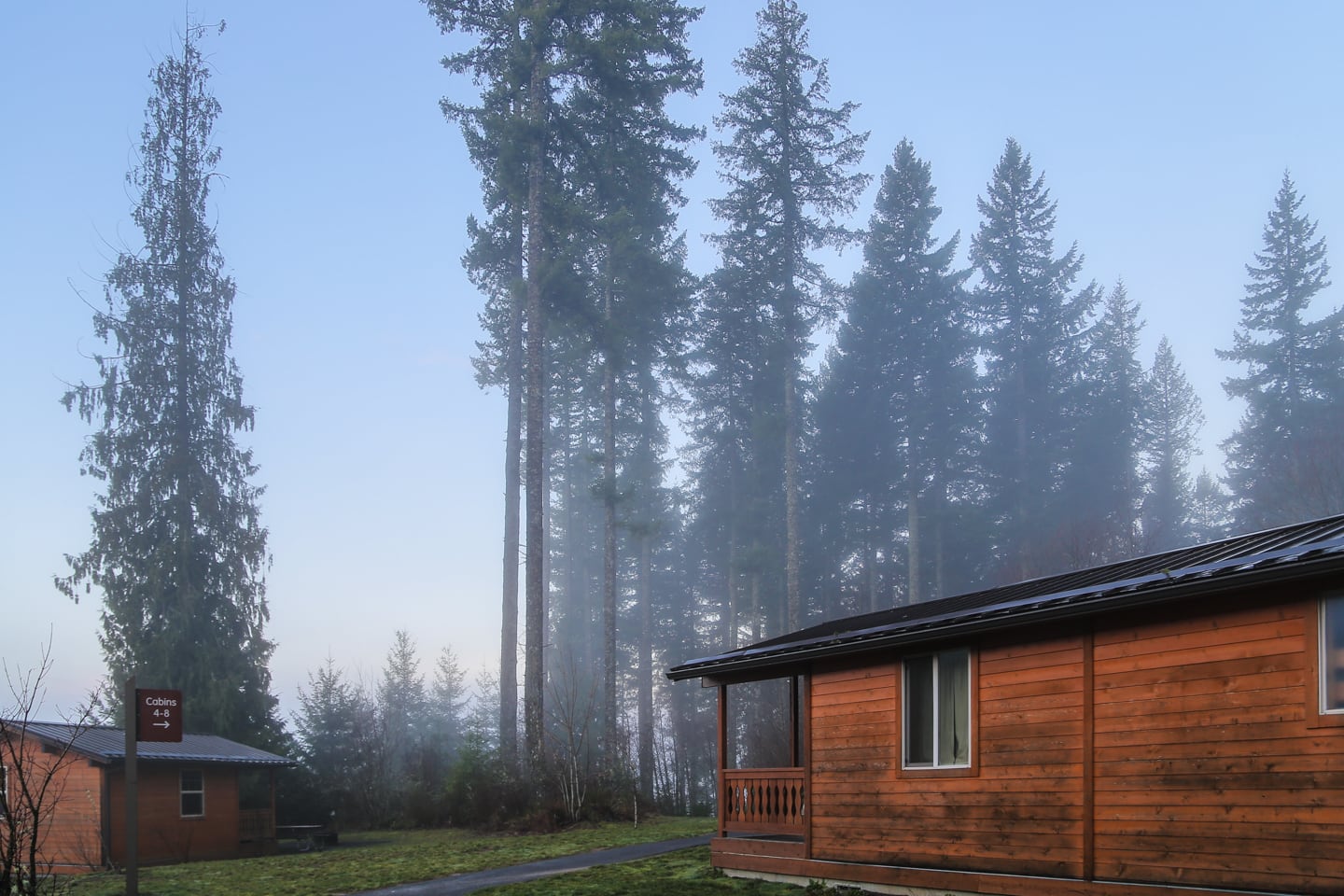 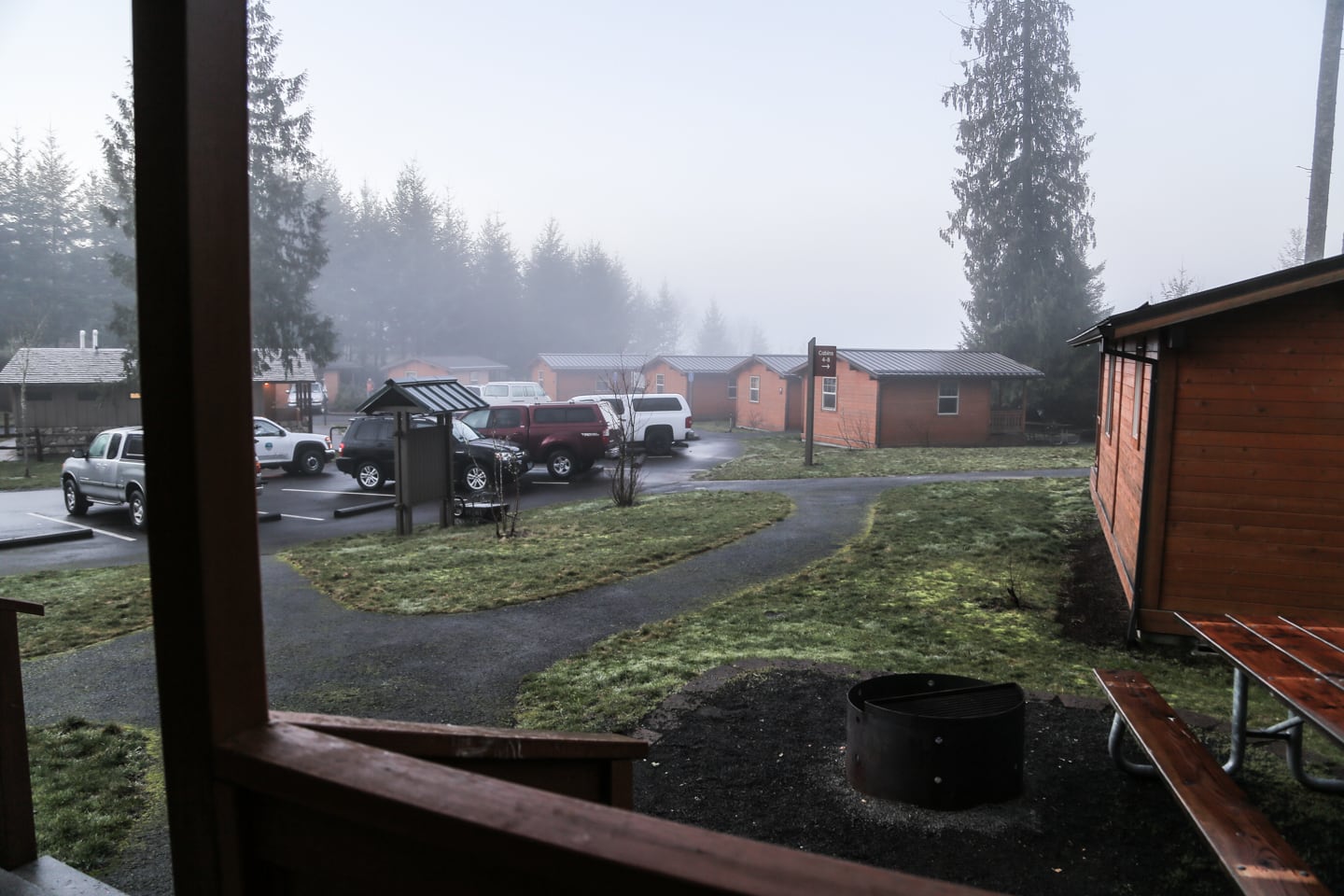 But the point of the weekend, after all, was not to go all paleo, but to share some time together and commune with nature while being able to escape the rainy weather as well (this was February in the PacNW, after all).

Cabins currently run $47/night (2019) and include a set of bunks, futon, and table and chairs, in addition to a fire pit and picnic table outside. 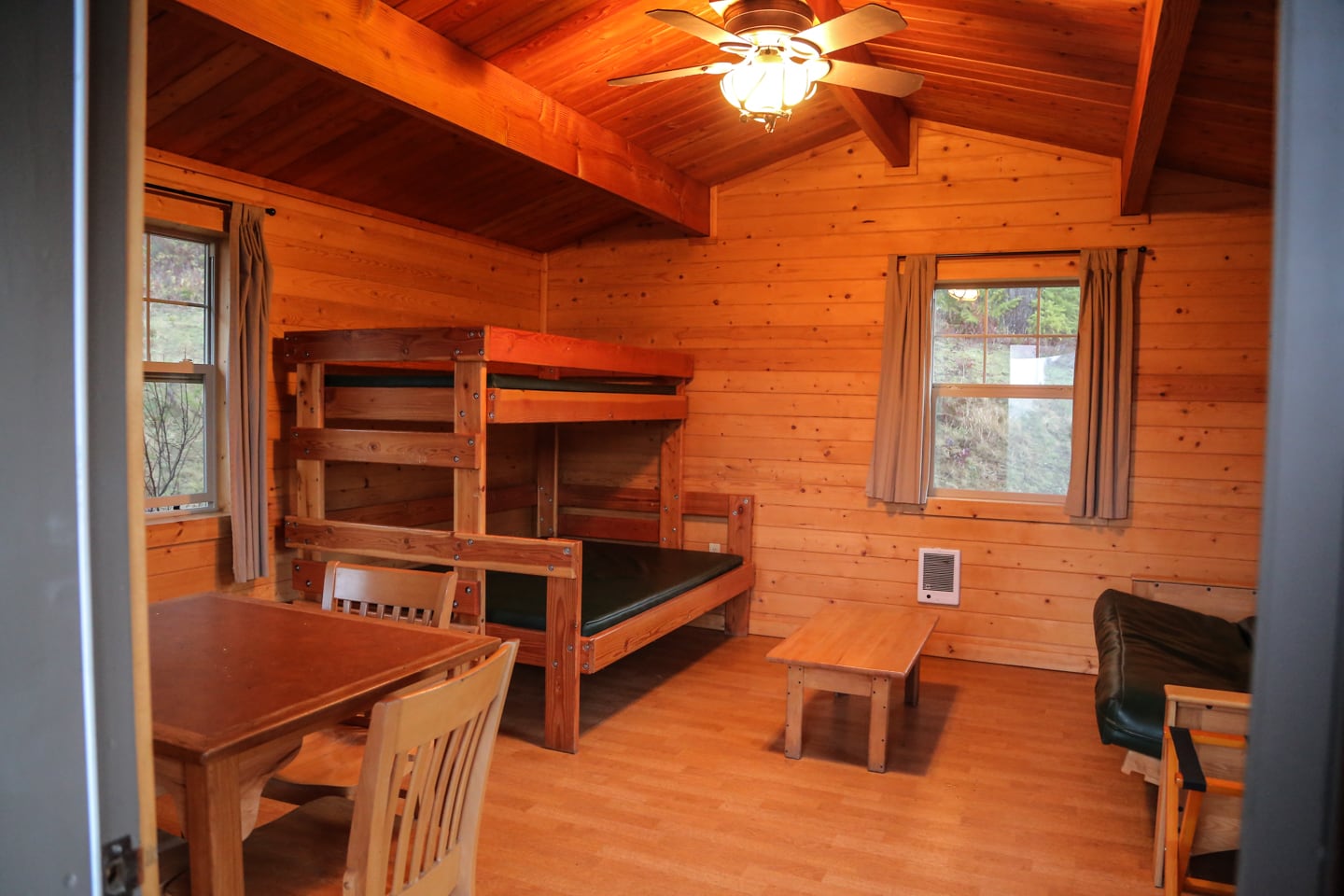 The cabin was nice and all, but the main reason we chose LL Stub Stewart State Park was for what the park offered outside (in addition to flush toilets and hot showers, that is): 25 miles of trails across 1,800 acres of rolling hills, forest glades, streams and canyons. 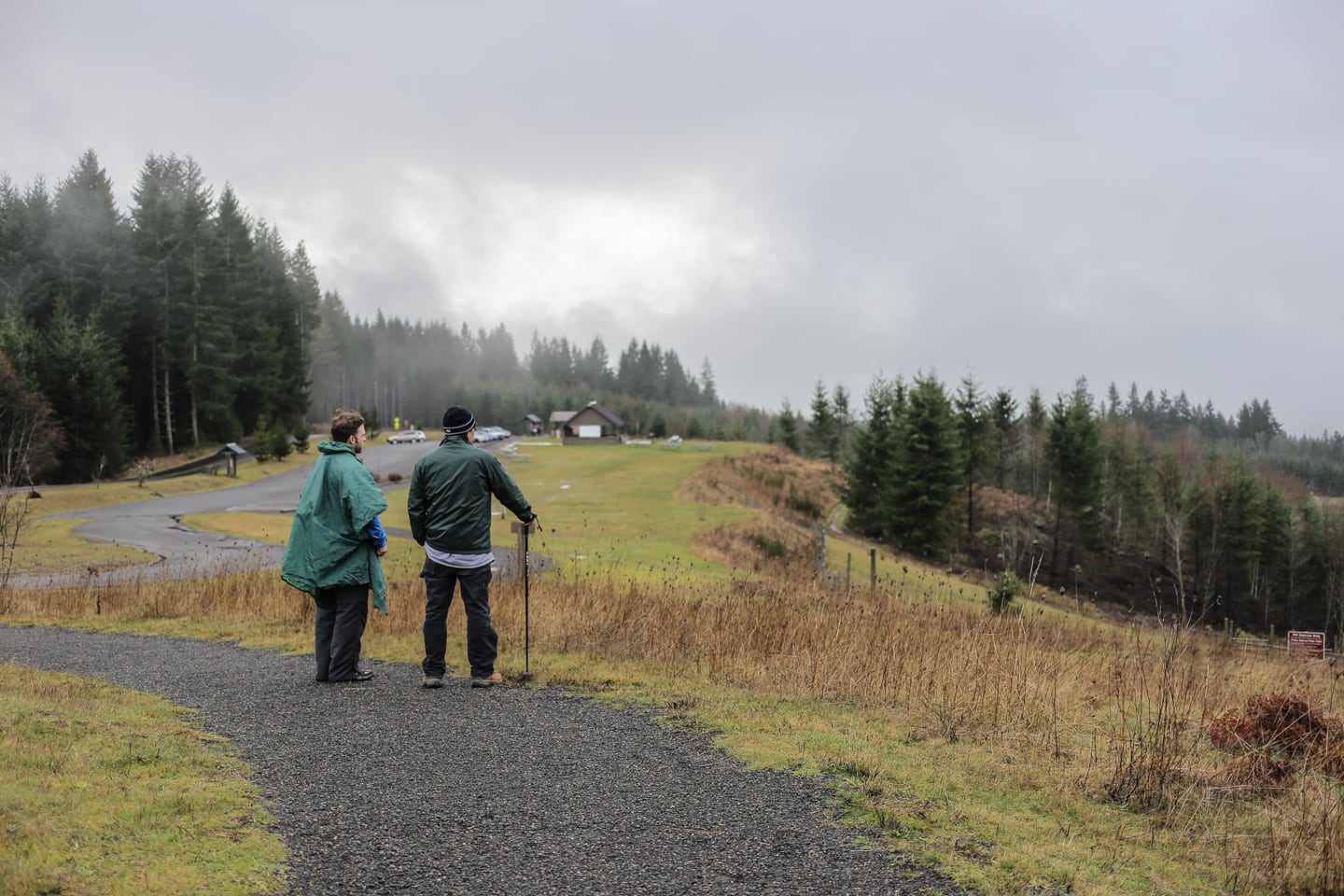 Oh, and possibly the most amazing 18-hole disc golf course any of us had ever seen. 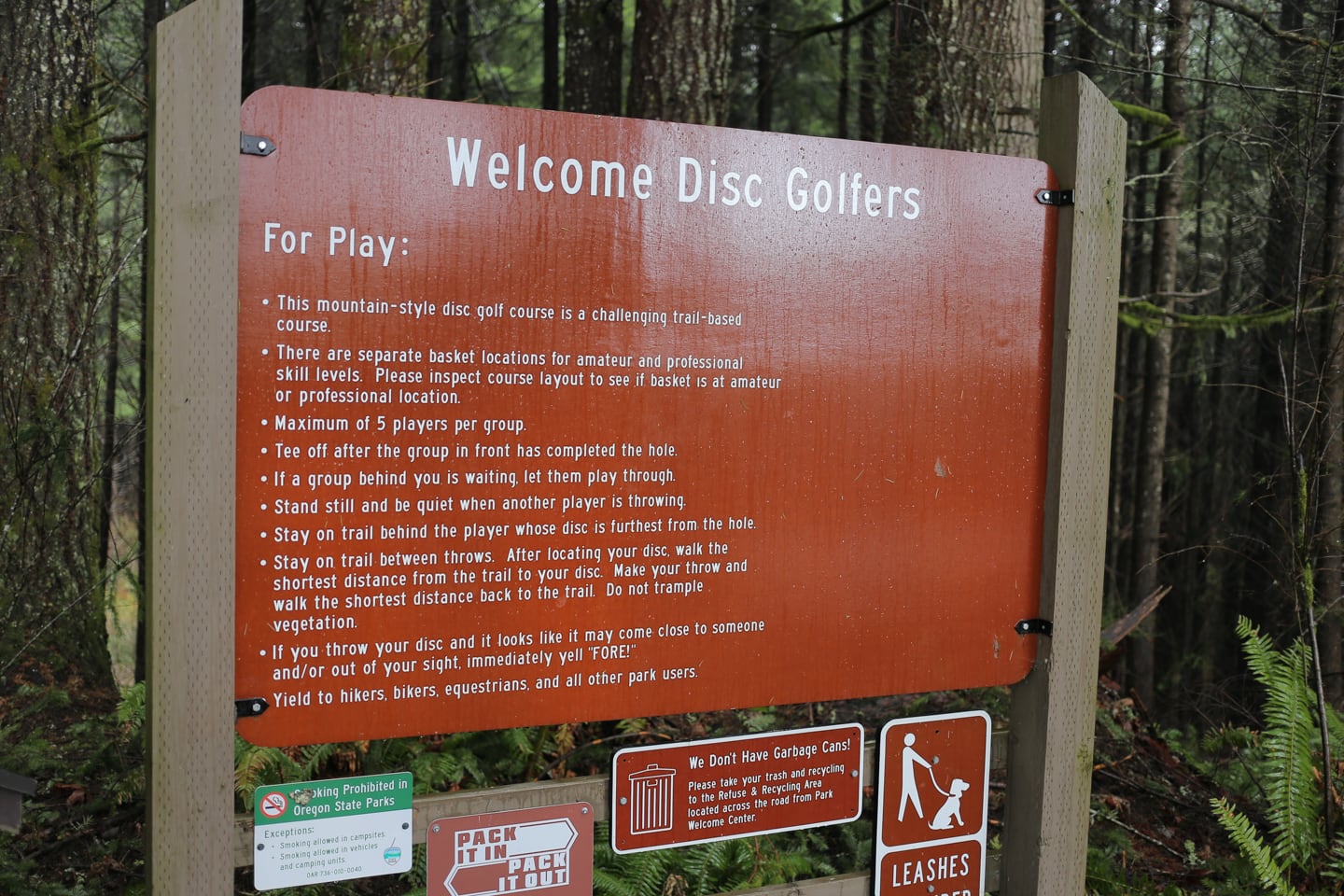 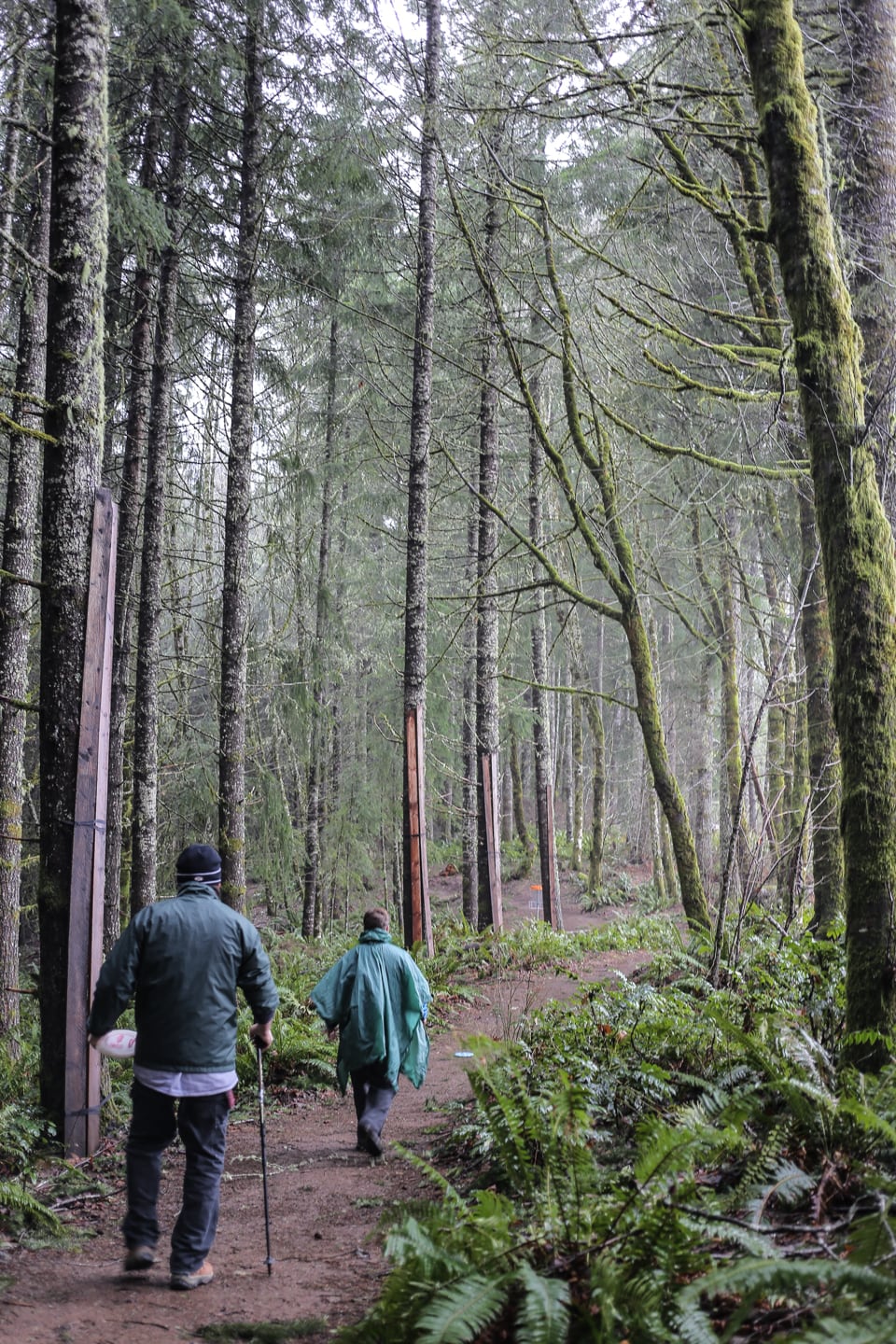 We spent most of Saturday morning hiking through the park — fully geared up — in a steady drizzle, which was a fun reintroduction back to Western Oregon. 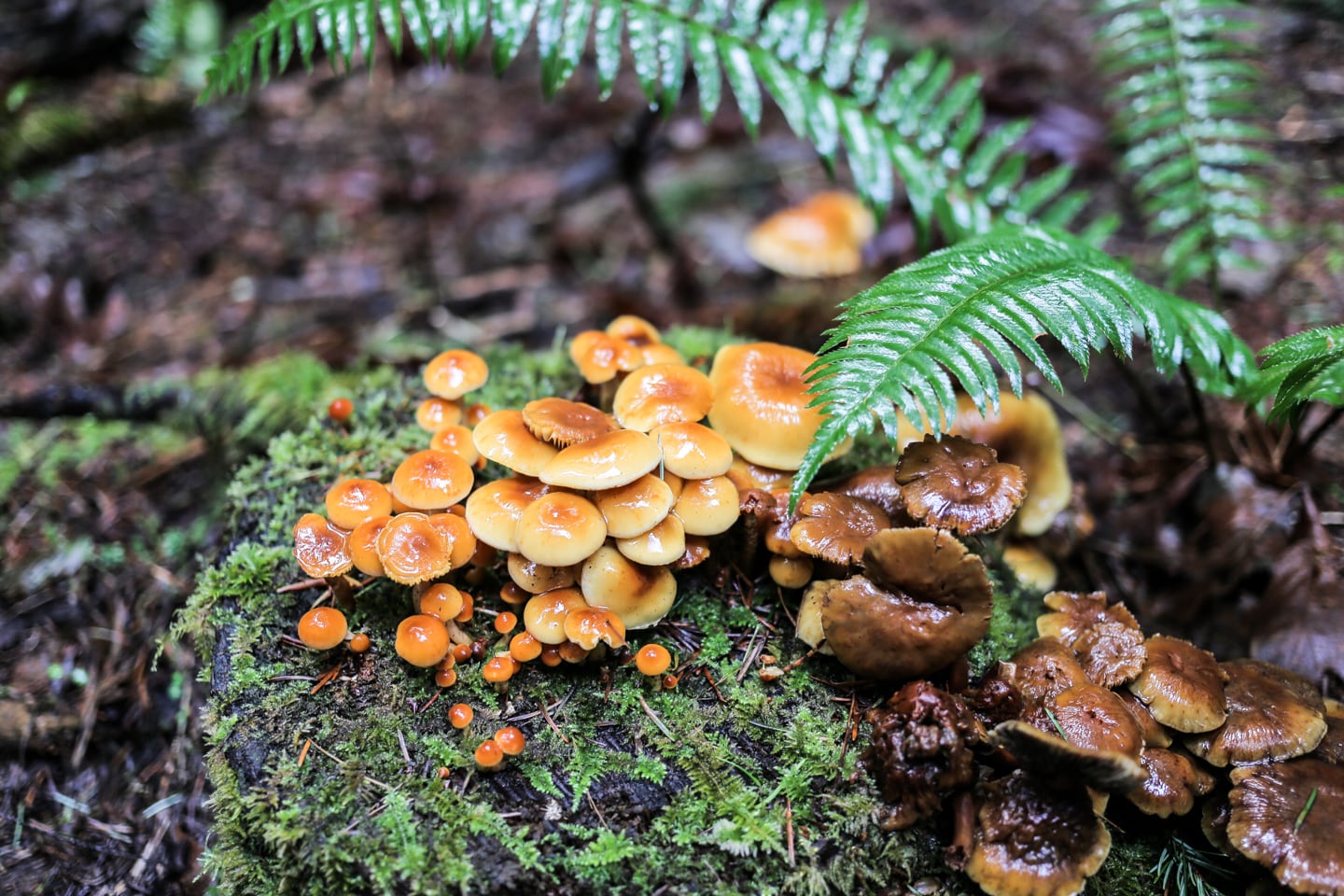 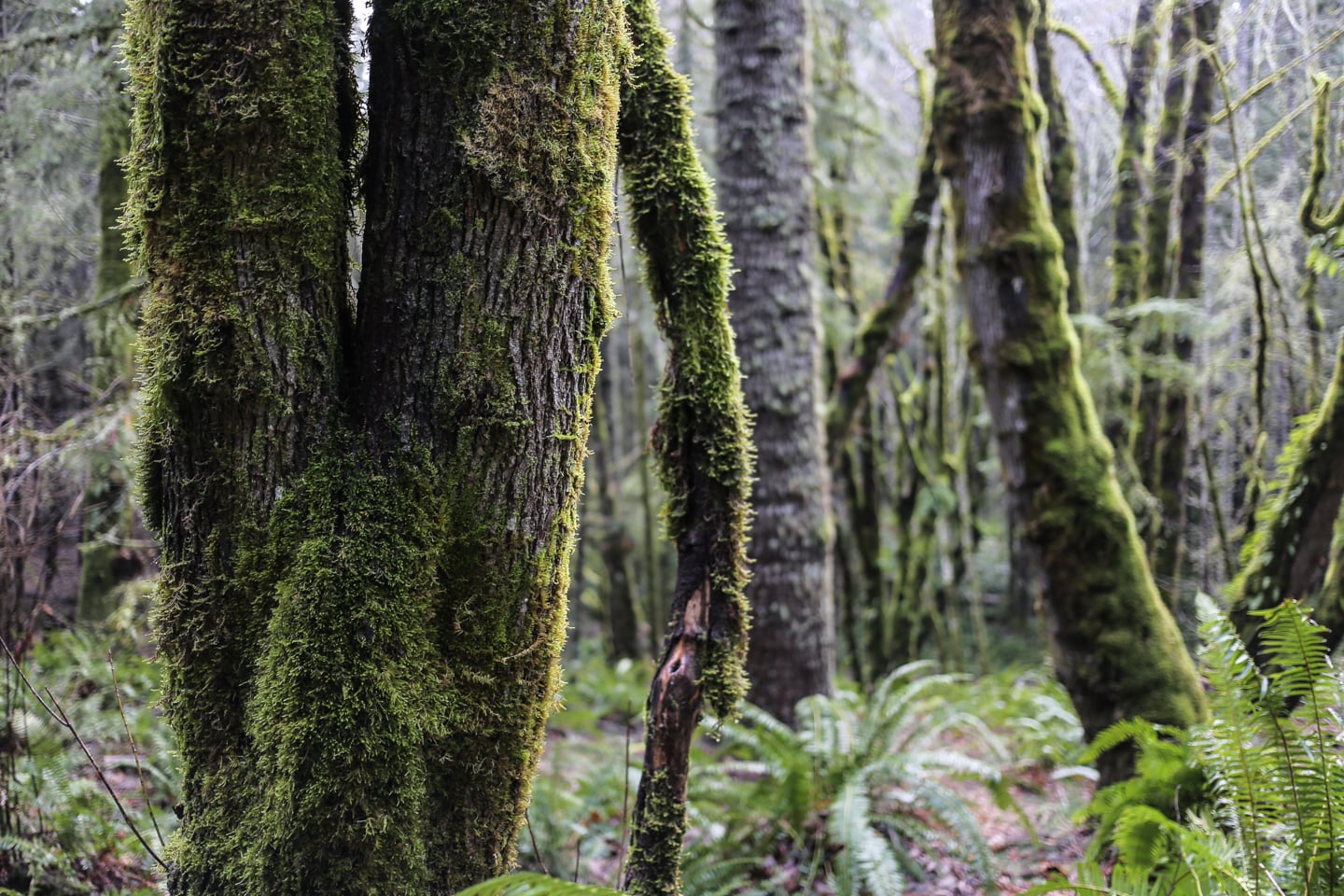 Later in the day, the rains let up and we seized the opportunity to take to the epic 18-hole forested disc golf course in the heart of the State Park and just minutes away from our cabin. 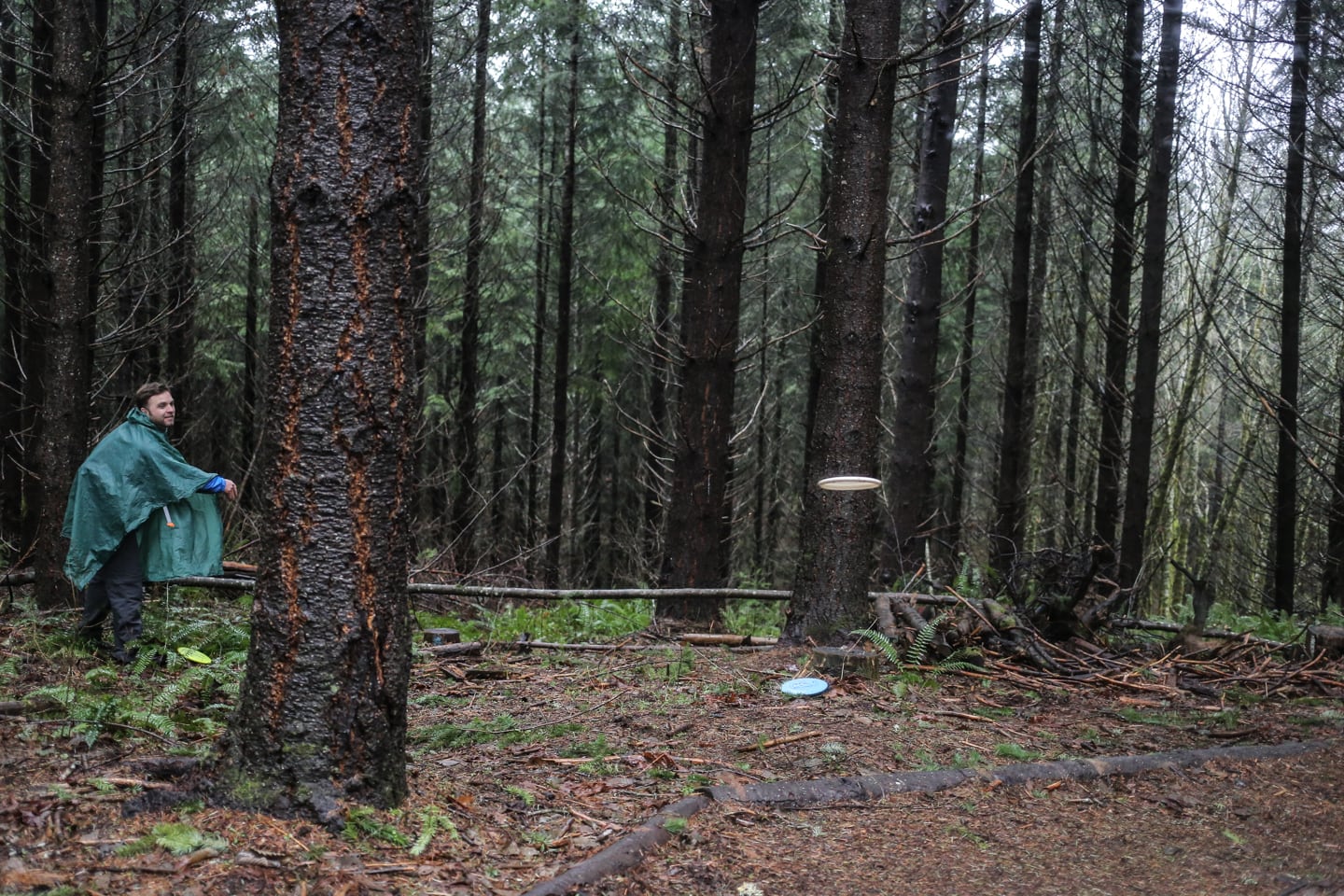 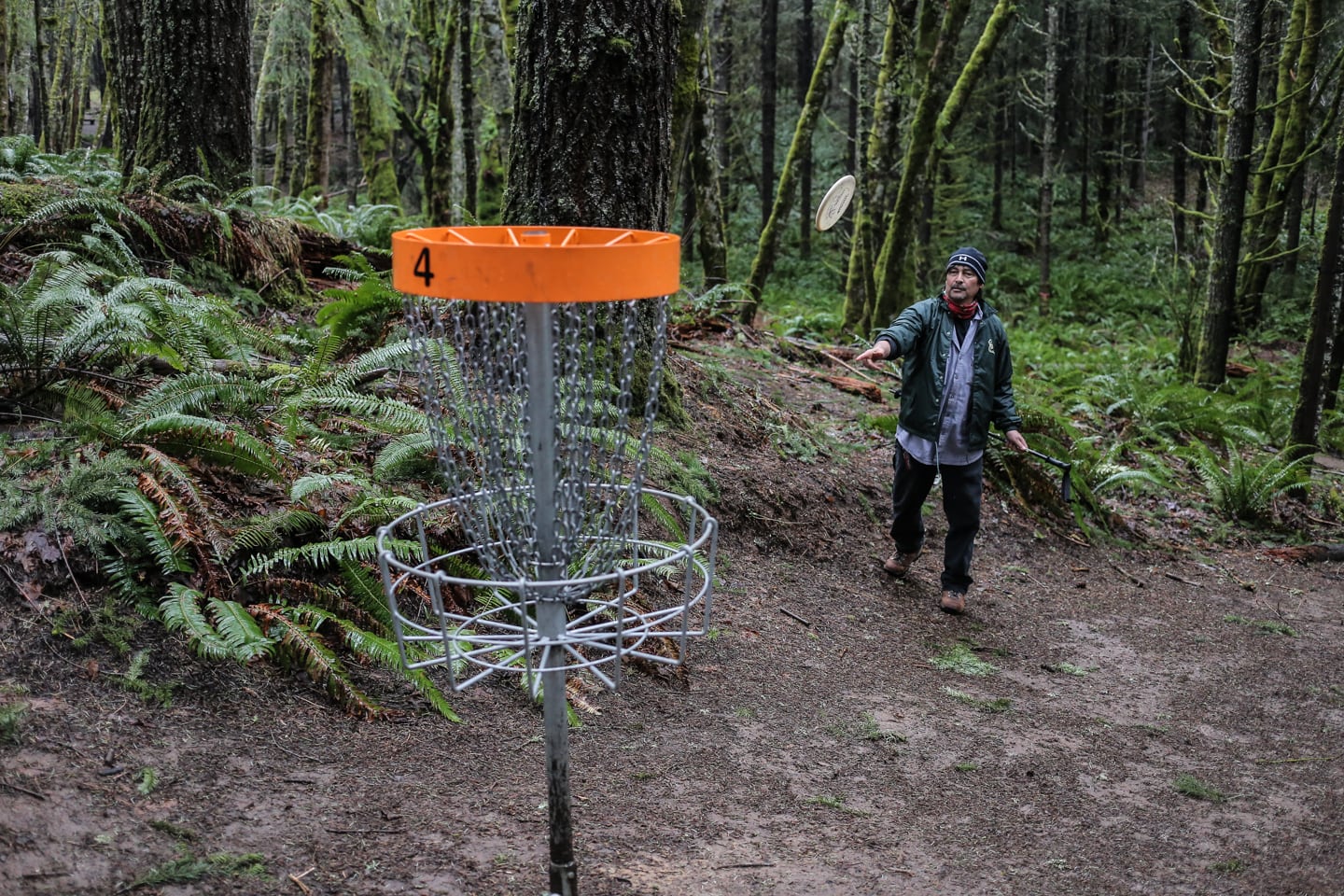 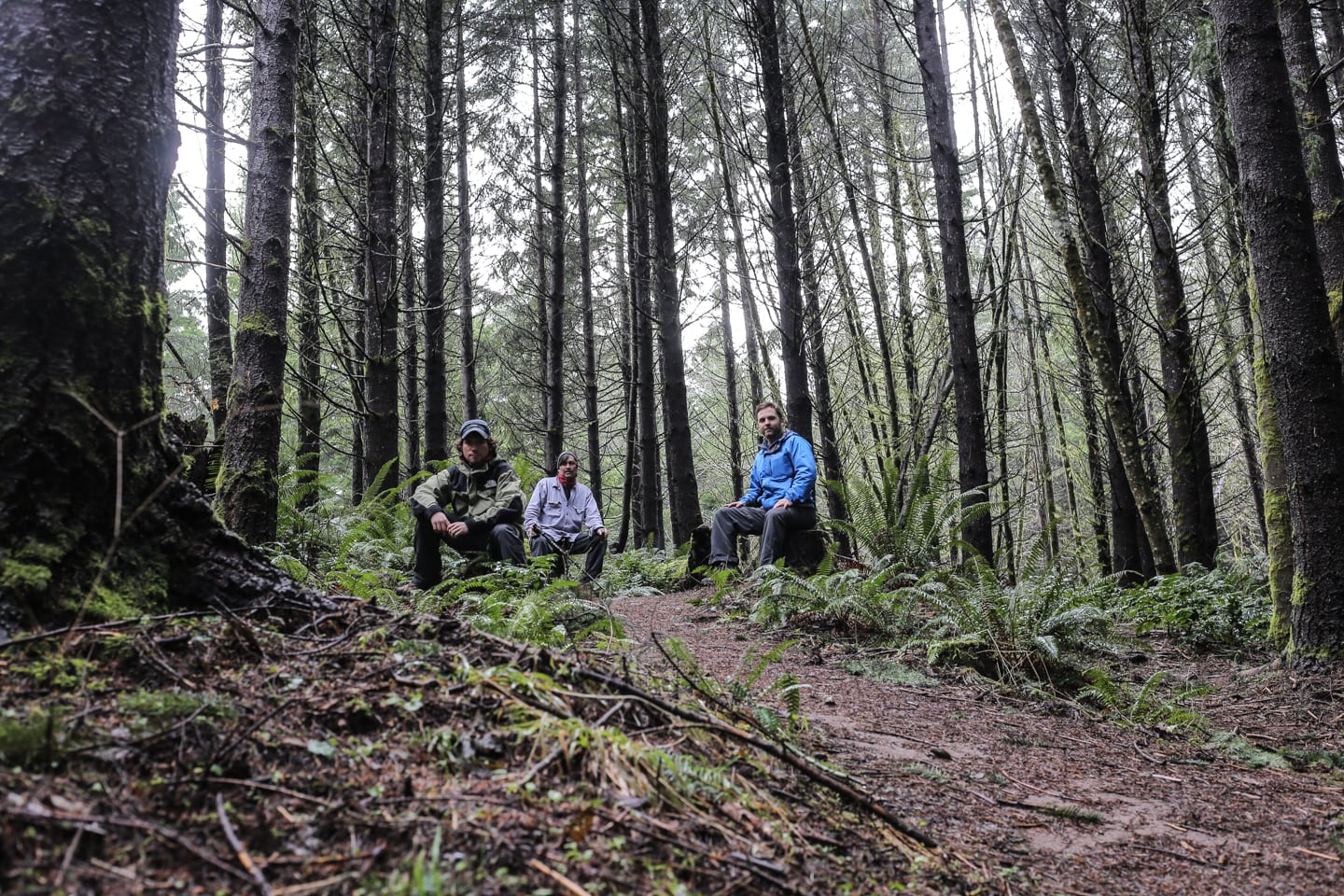 No selfie-stick here, my friends…just one conveniently located stump and timer. 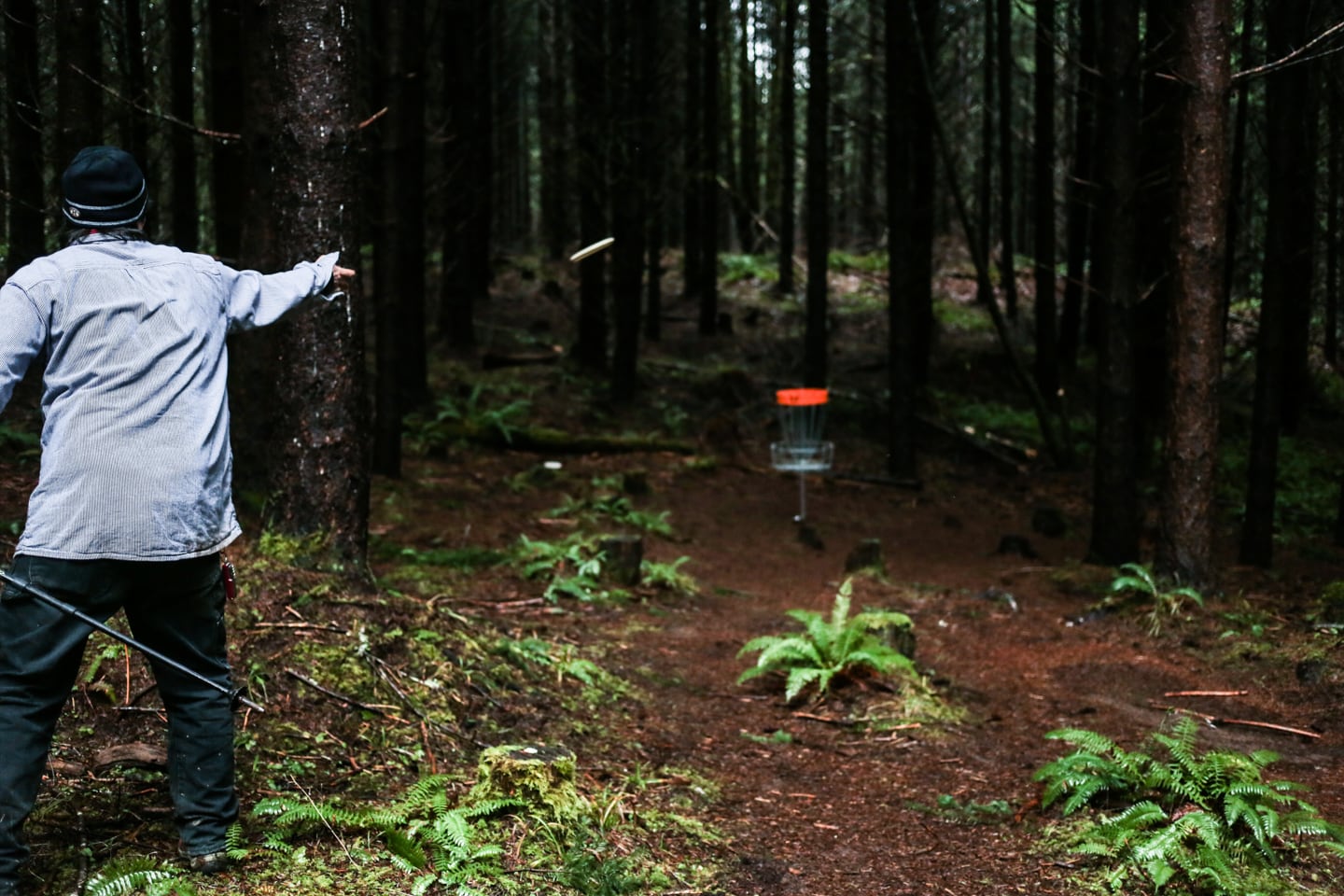 I don’t remember who won, exactly…but that was beside the point. It certainly wasn’t me (and truth be told, I mostly sat this one out, given the unforgiving terrain, my deadly right hook, and our finite number of discs).

We had a blast, nonetheless, which was the actual point, so mission accomplished. 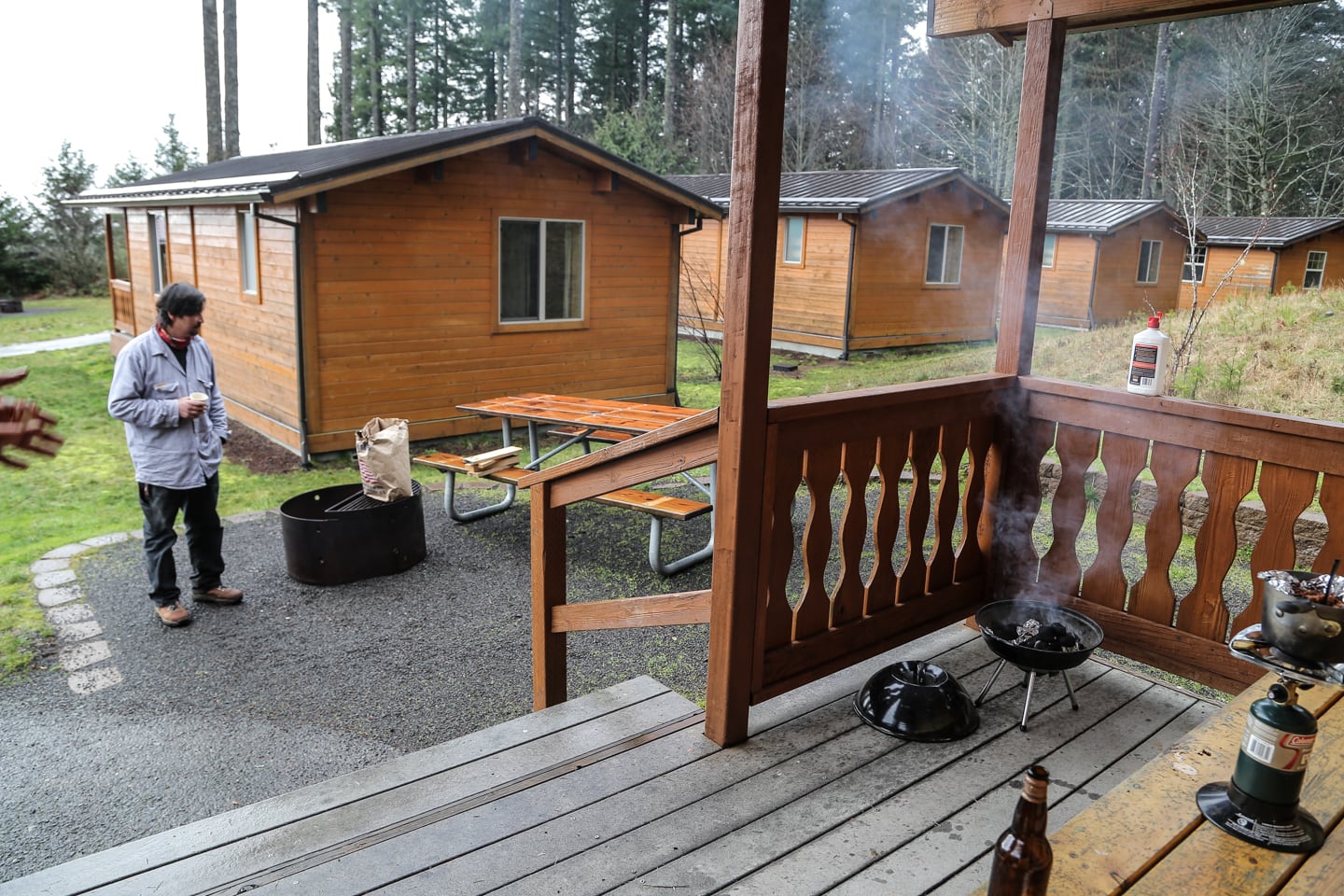