A short post highlighting a sampling of the interesting and photogenic religious structures across Old Town George Town.

Many of the UNESCO center of George Town‘s historic sites are religious in nature, reflecting the diverse communities that have made their mark on the island over the last few centuries.

Here’s a short post highlighting just a handful of the more prominent sites we visited during our week in Old Town on the island of Penang. 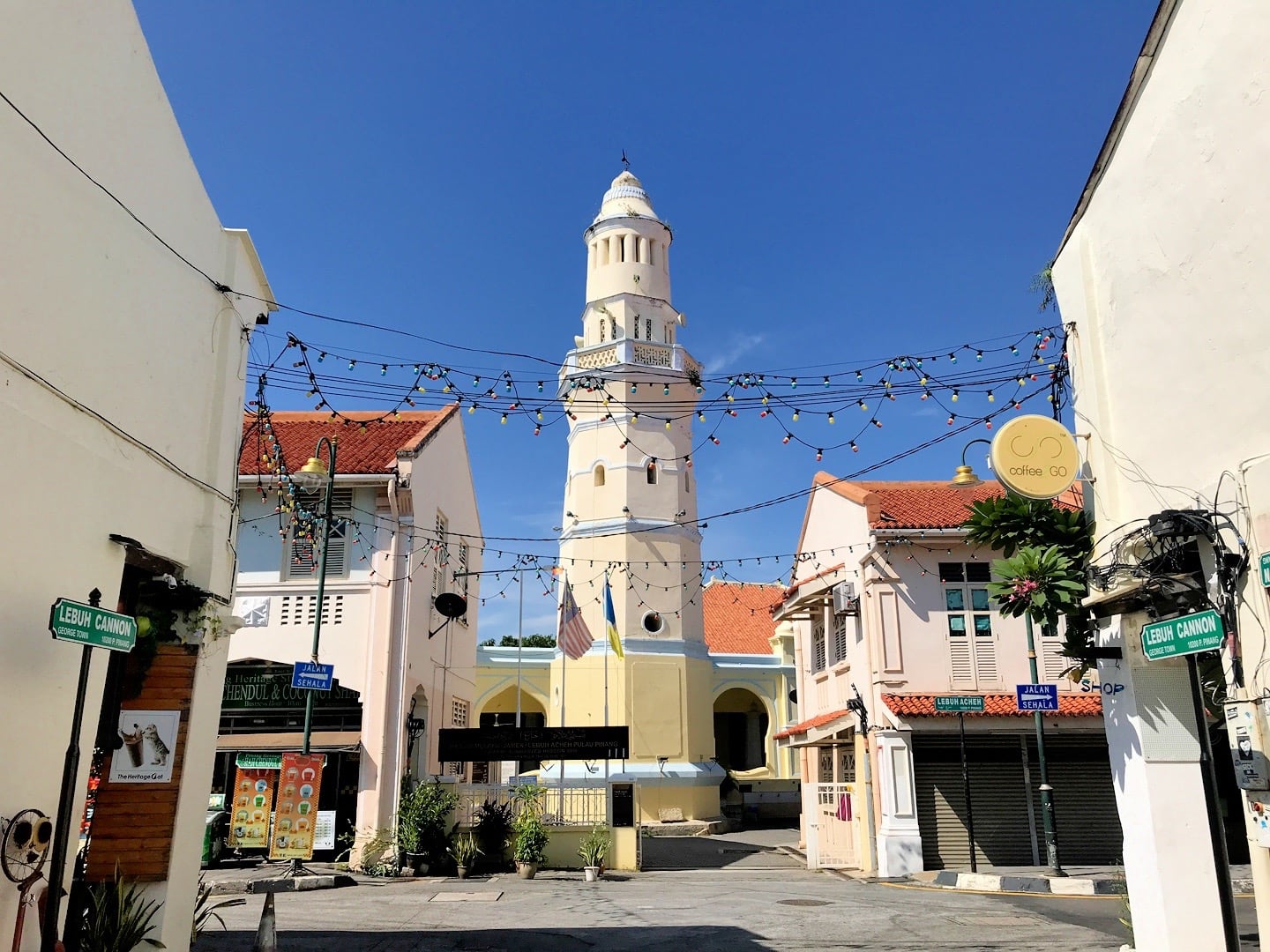 Malaysia’s population is predominately Muslim. So it’s little surprise to encounter historic mosques (masjid) in Old Town. Masjid Melayu (Jamek) Lebuh Acheh (above and below) is perhaps the most iconic. 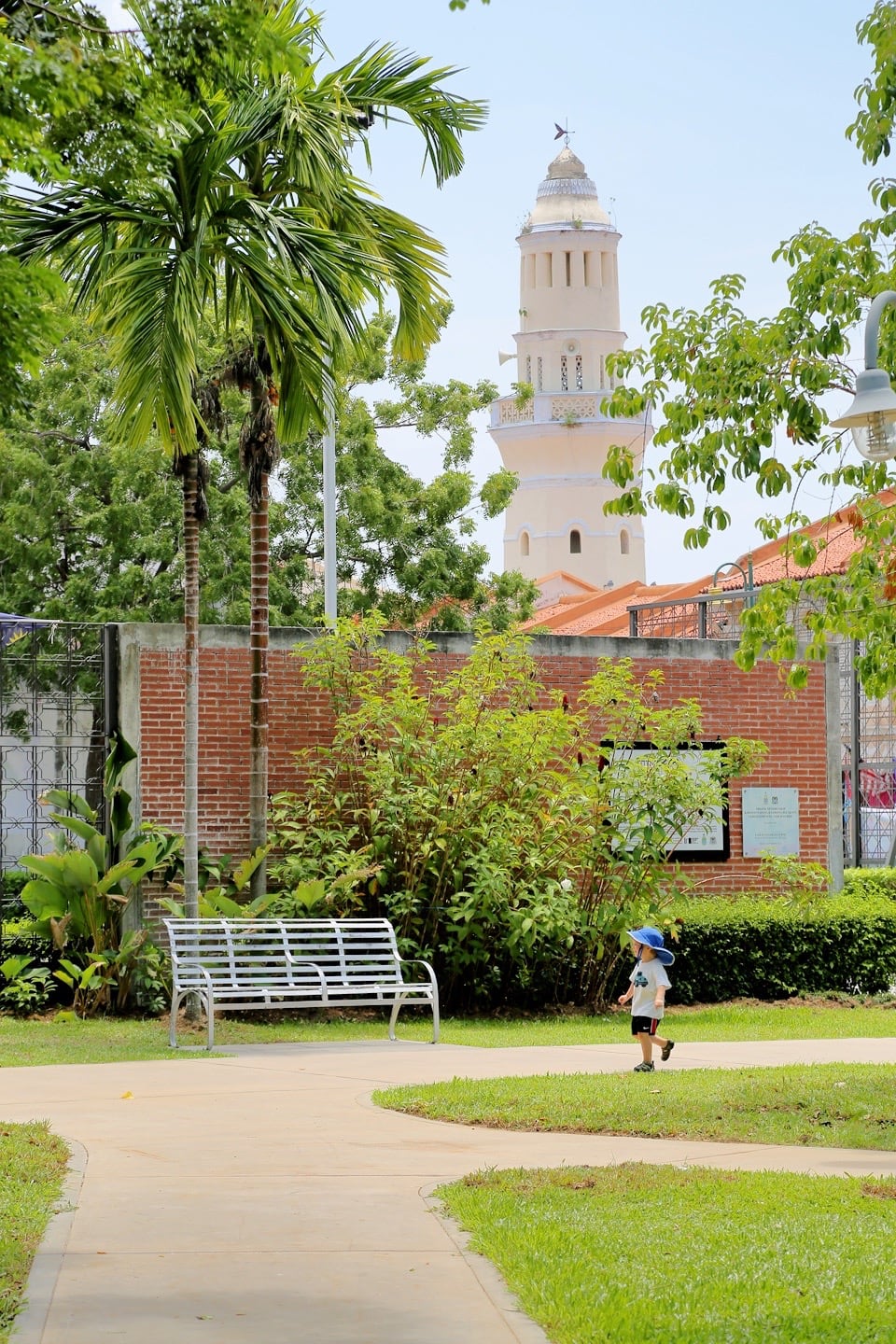 And, like much of Malaysia, Hindu temples are also common. These are a couple we encountered on our walks: 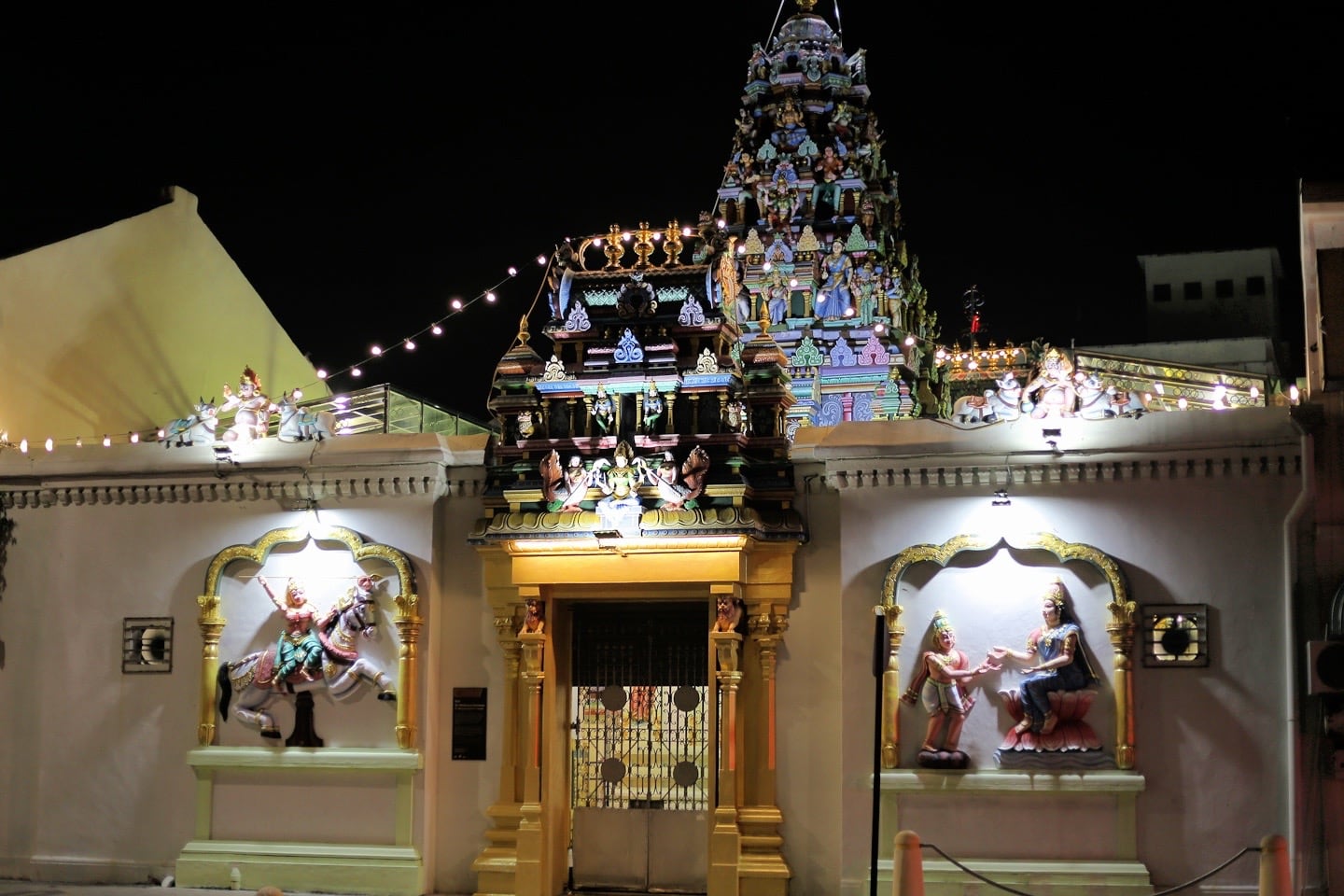 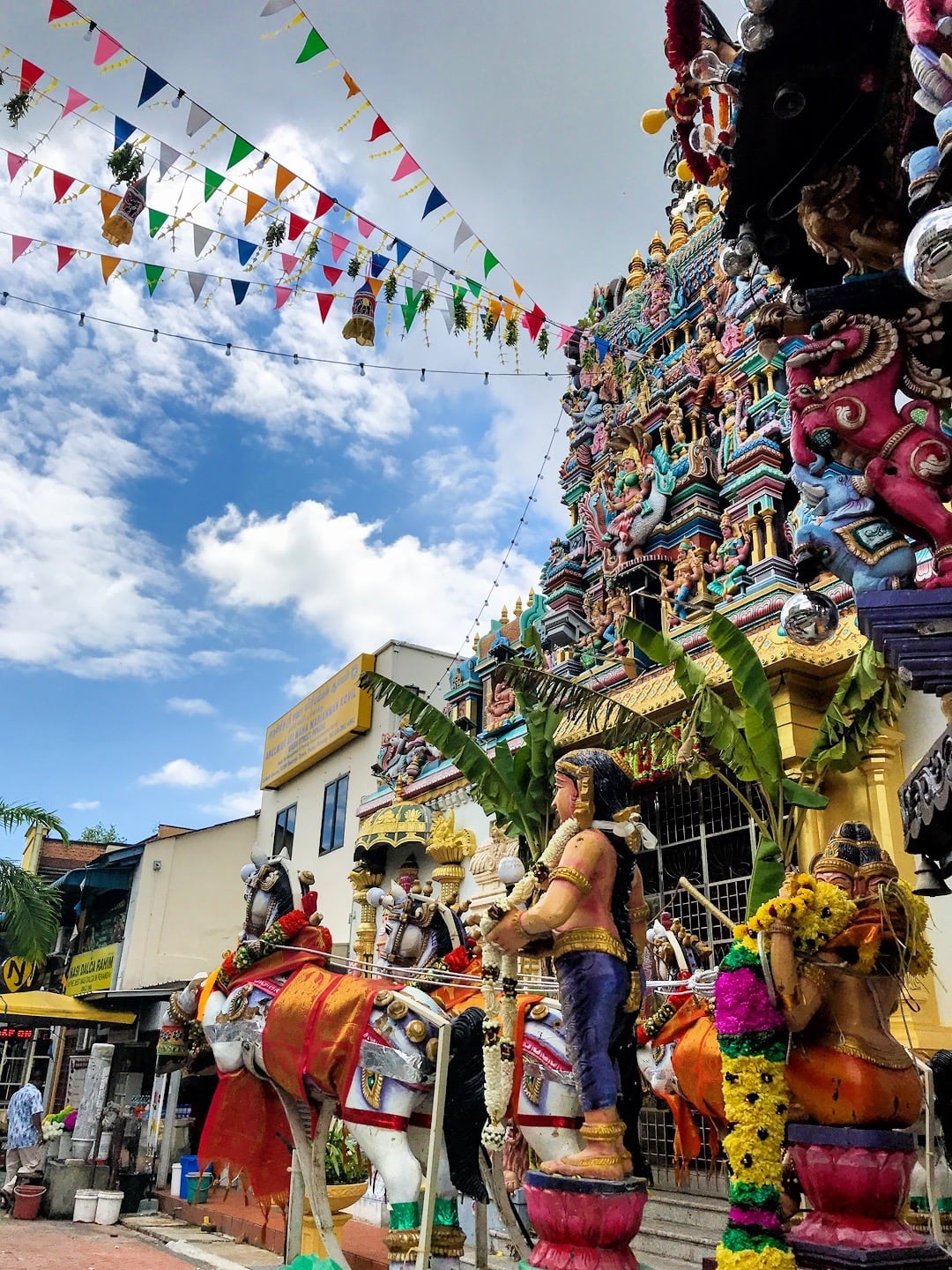 And then, there’s the Penang Kadhampa Buddhist Association on Love Lane, which Noe particularly loved for its bright colors and golden prayer wheels. 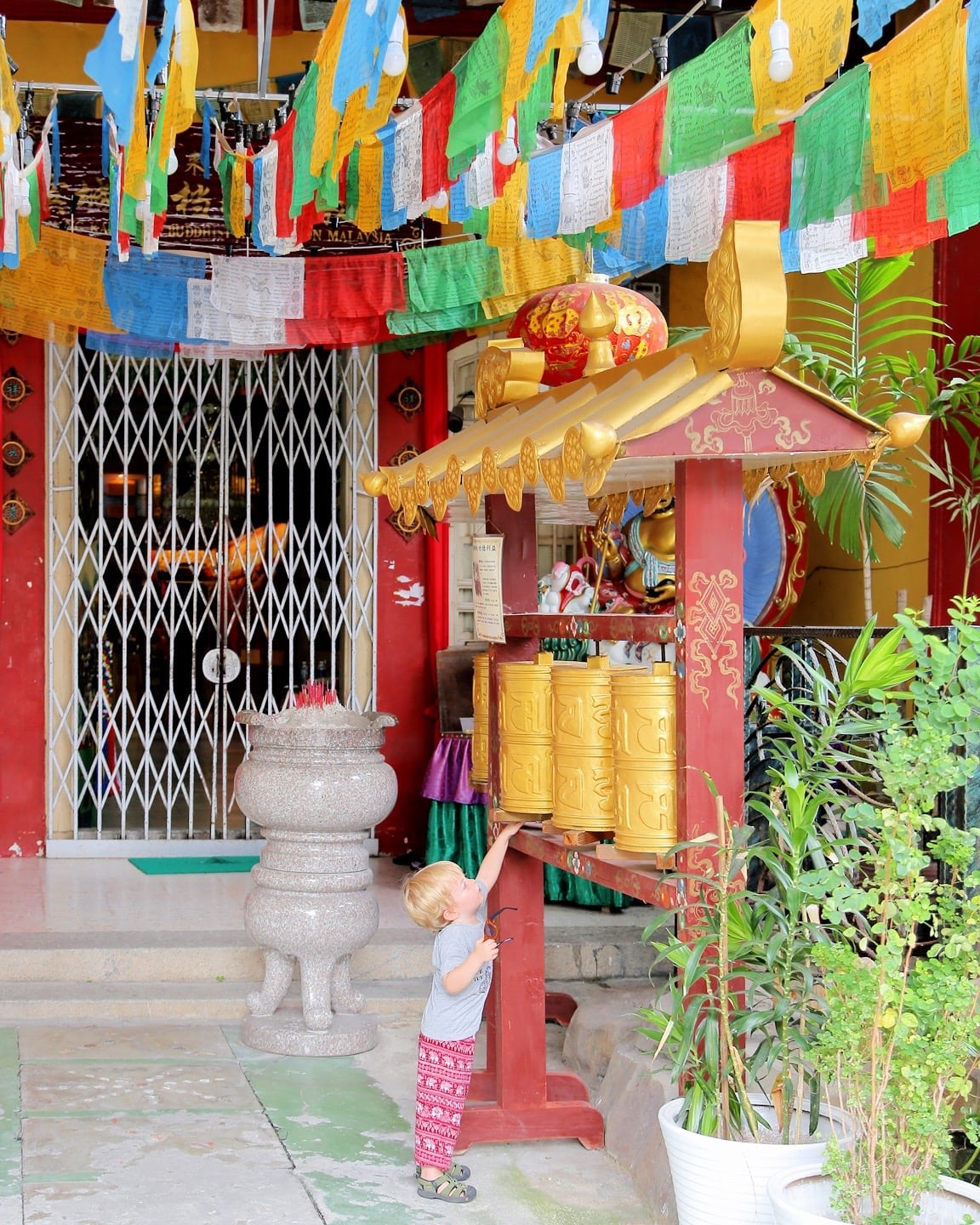 Yet, no other religious structures define Old Town George Town more than its collection of Chinese temples and shrines, for which there are many. The largest concentration might just be around the intersection of Lebuh Armenian and Lebuh Cannon. 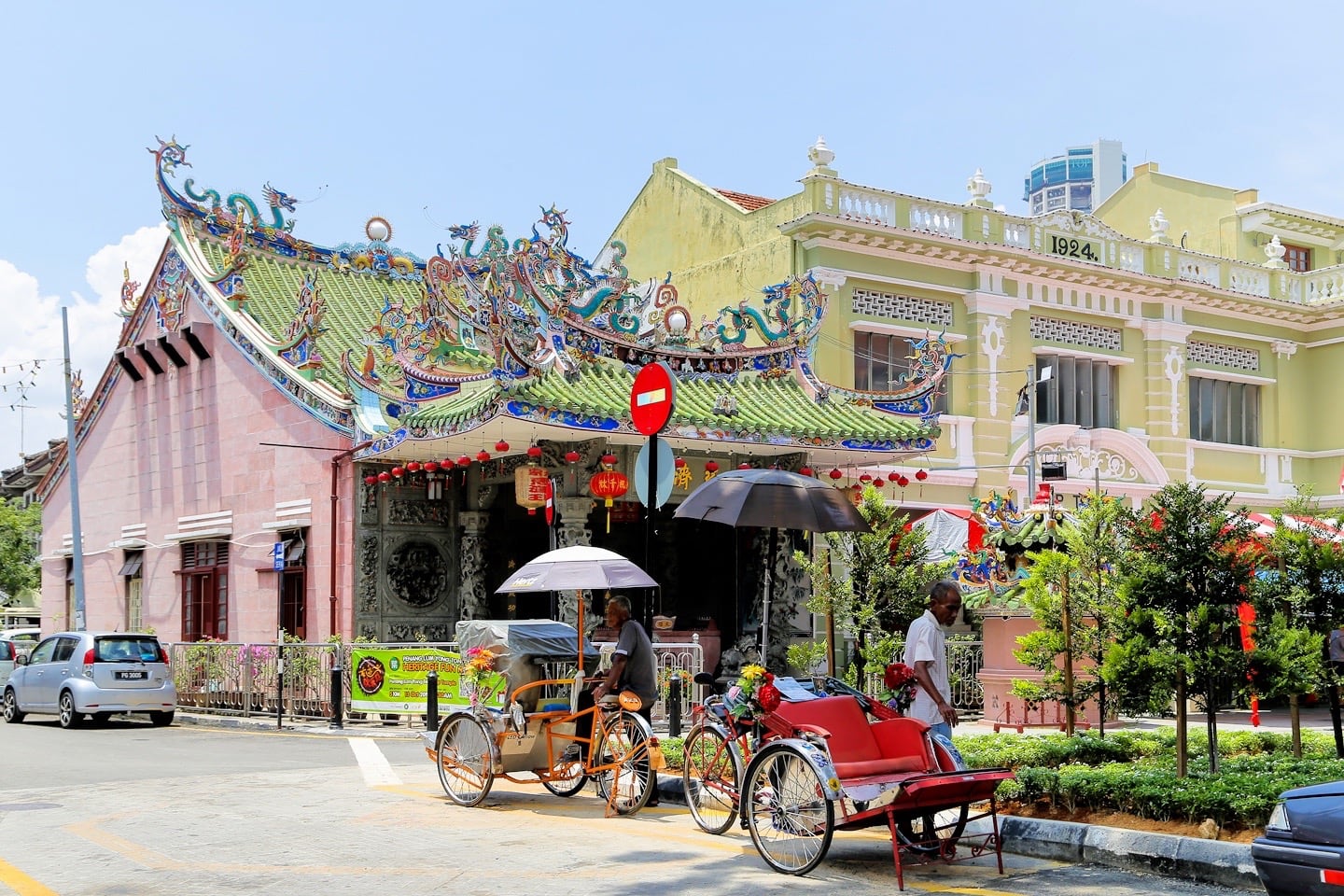 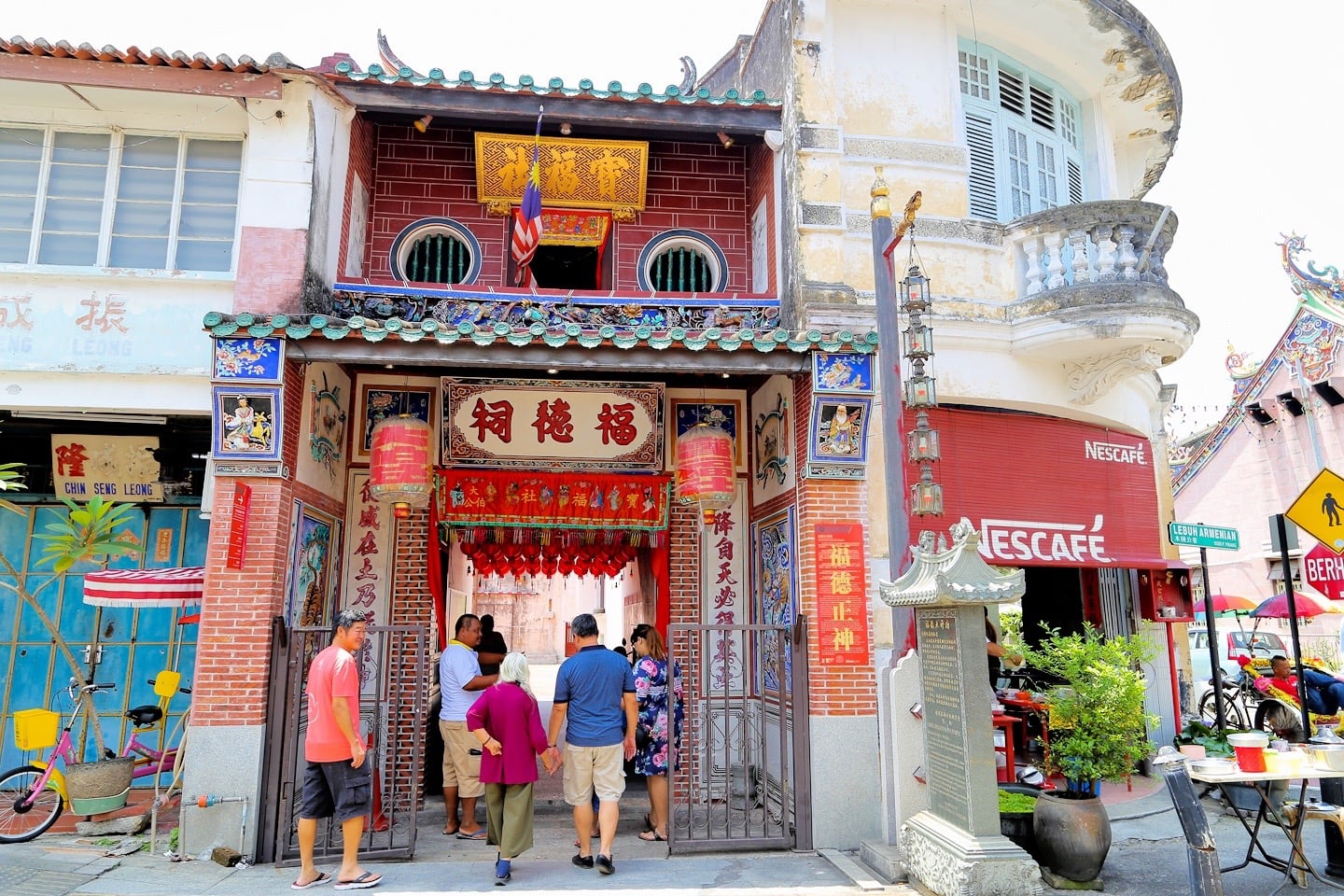 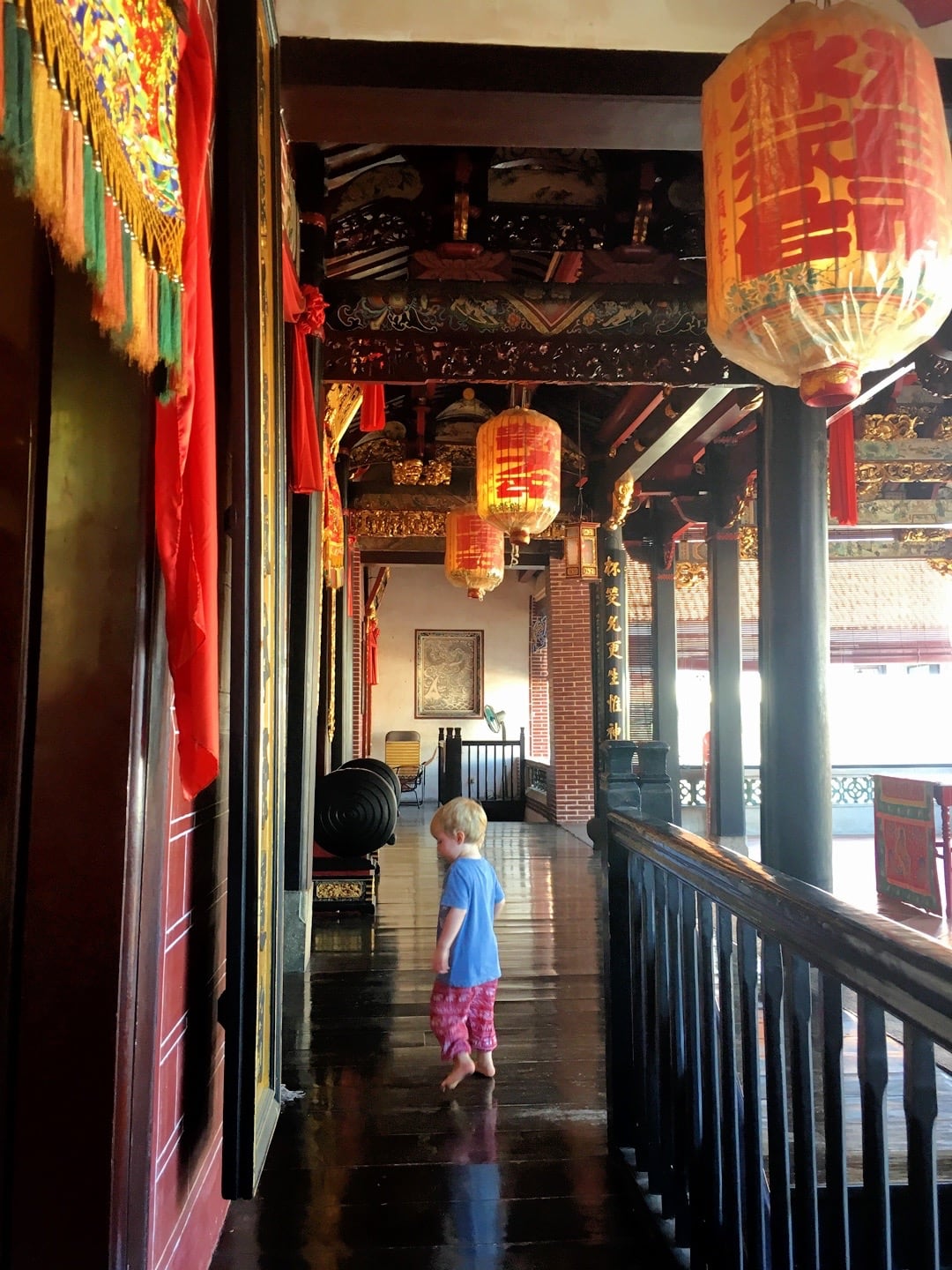 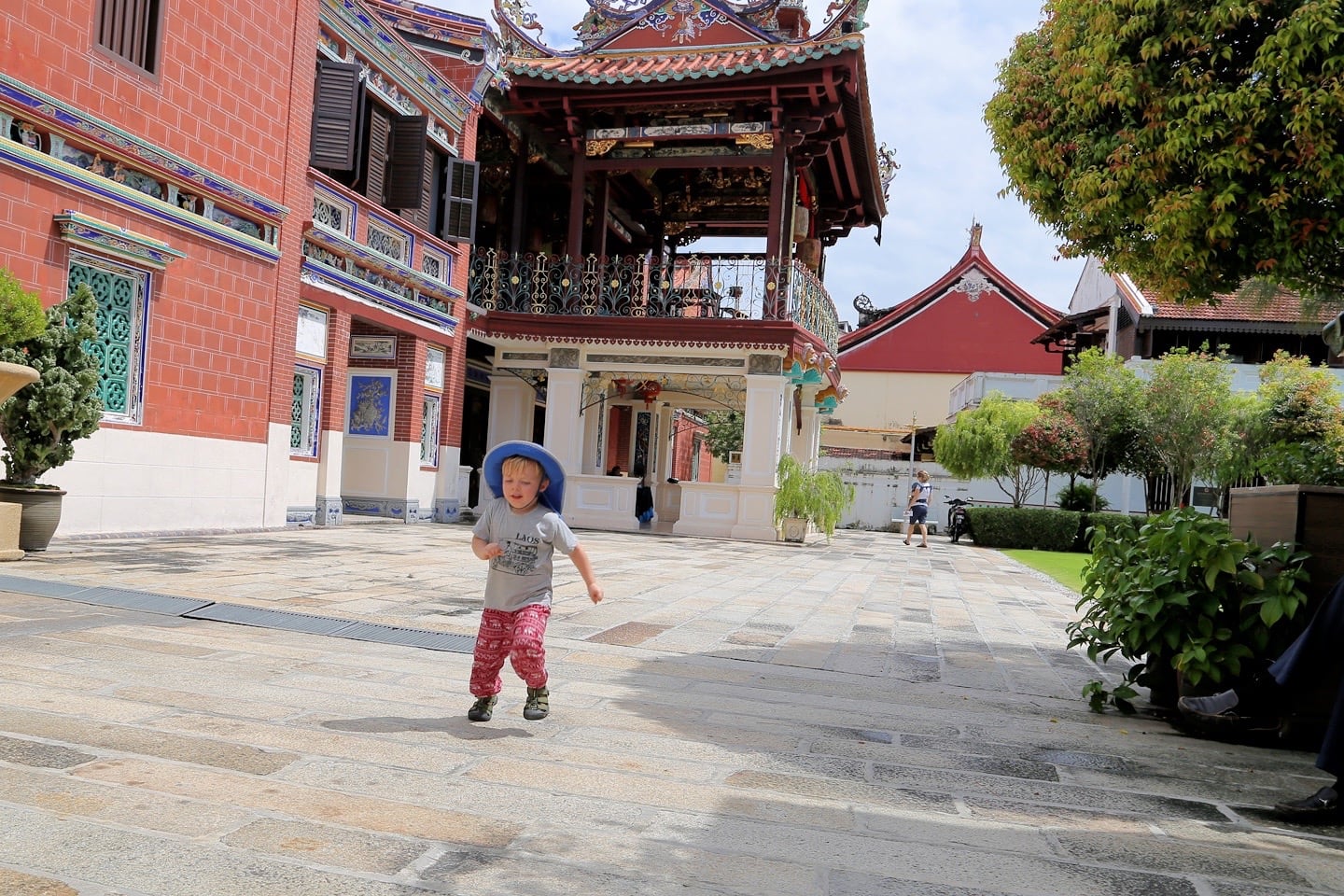 Early 19th century Seh Tek Tong Cheah Kongsi is one of the more visible, as you can see the main structure from Beach Street. Most of the temples, however, are hidden away behind ornate gates fronting the street. 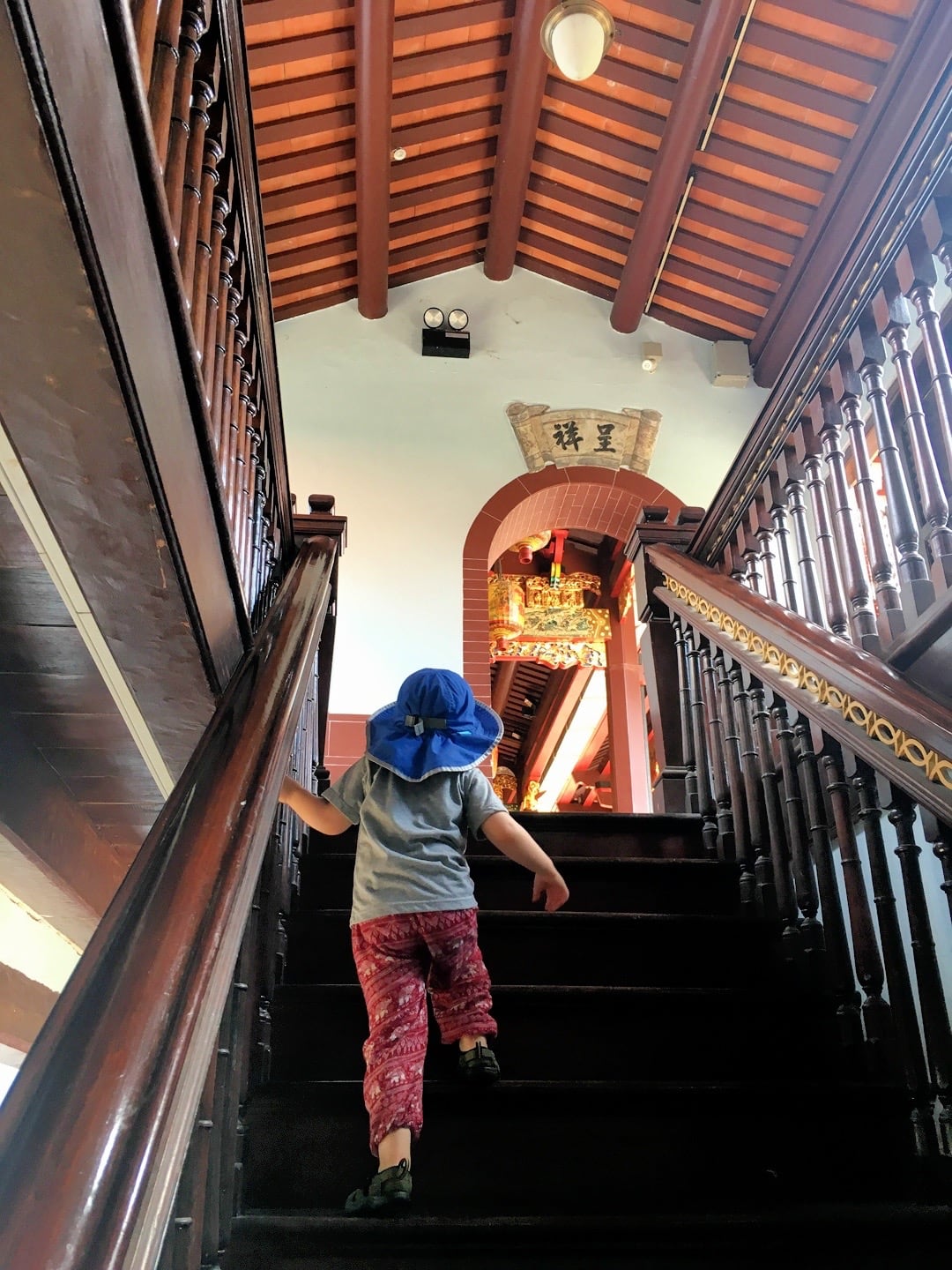 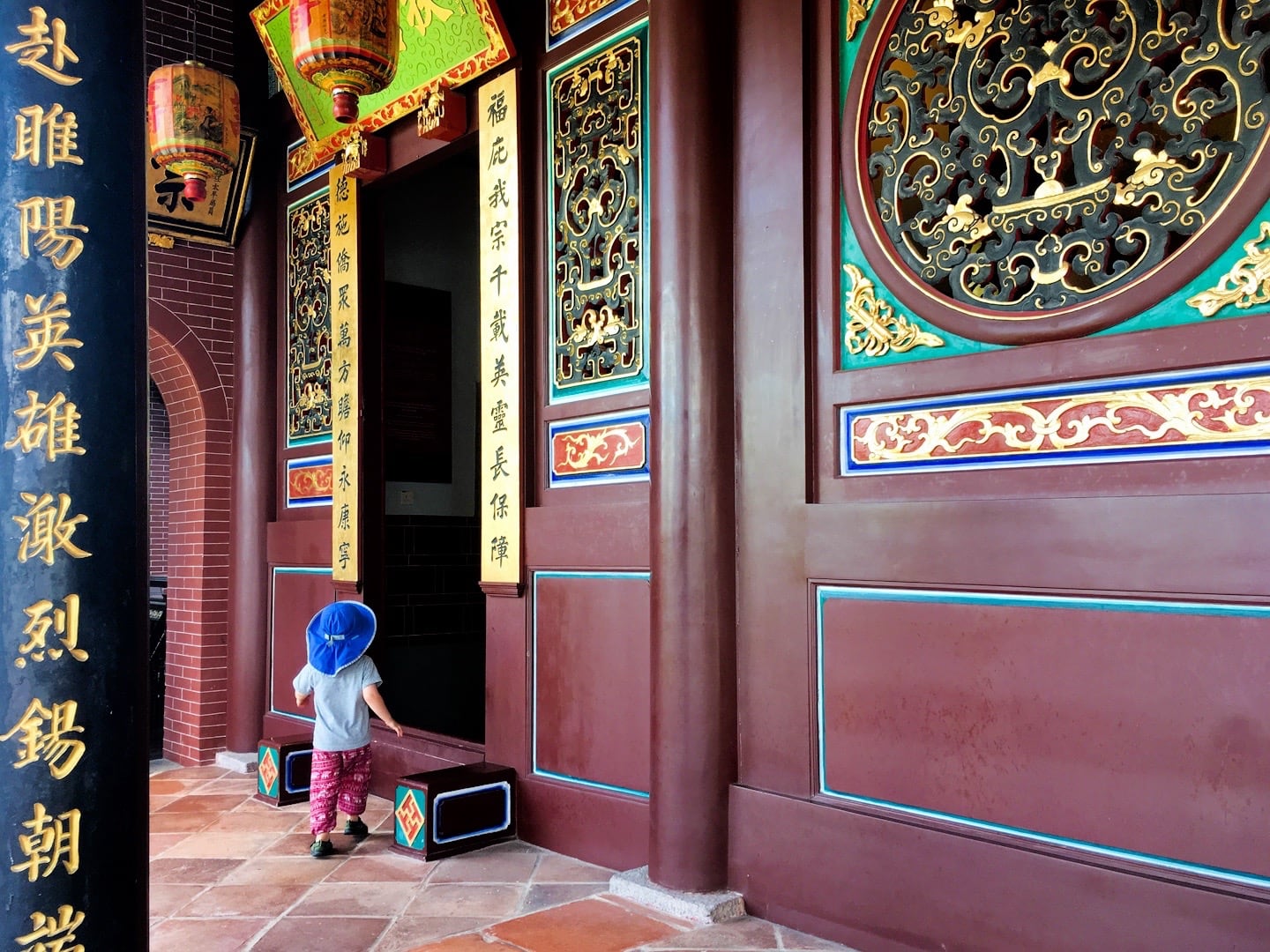 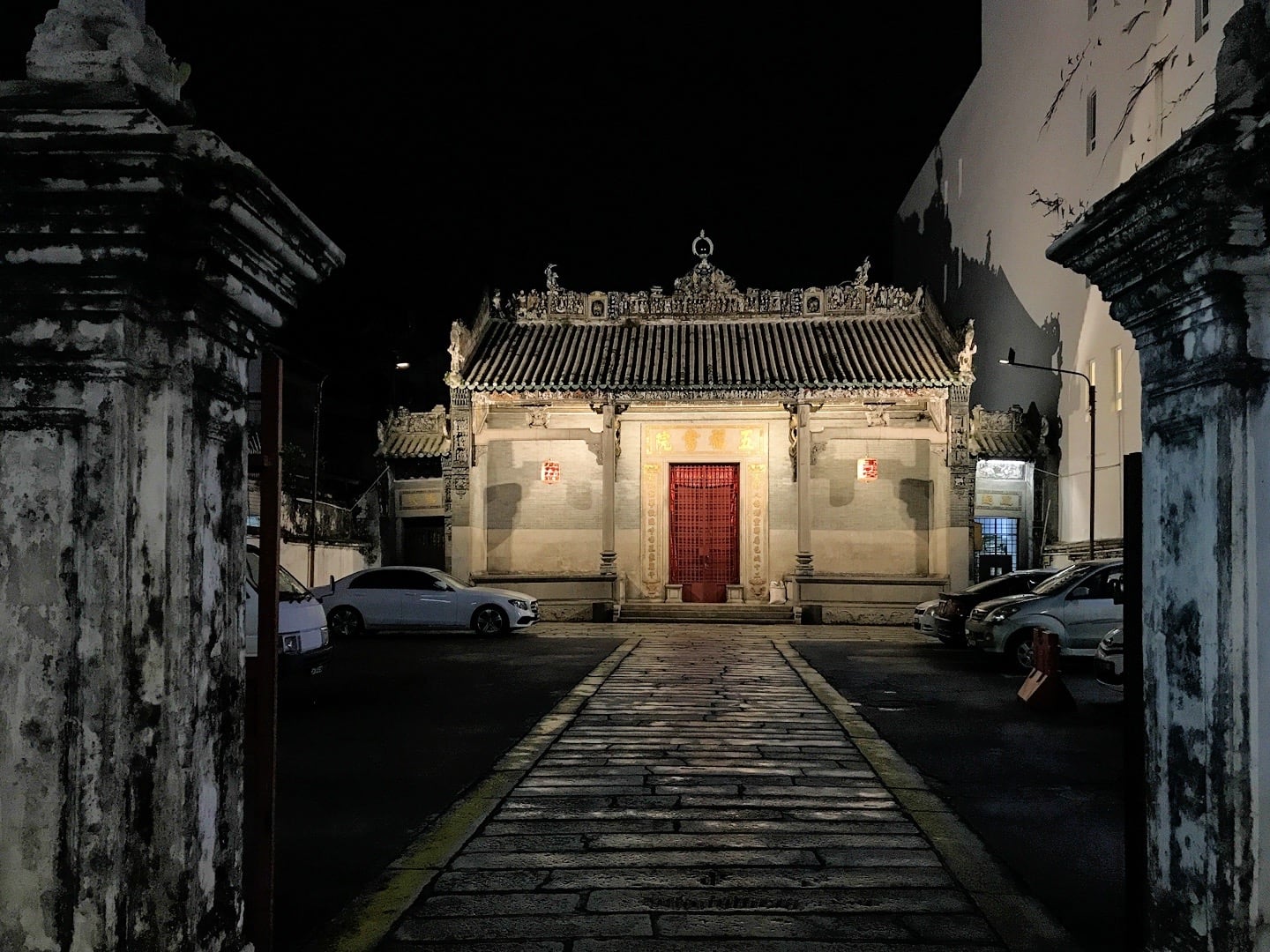 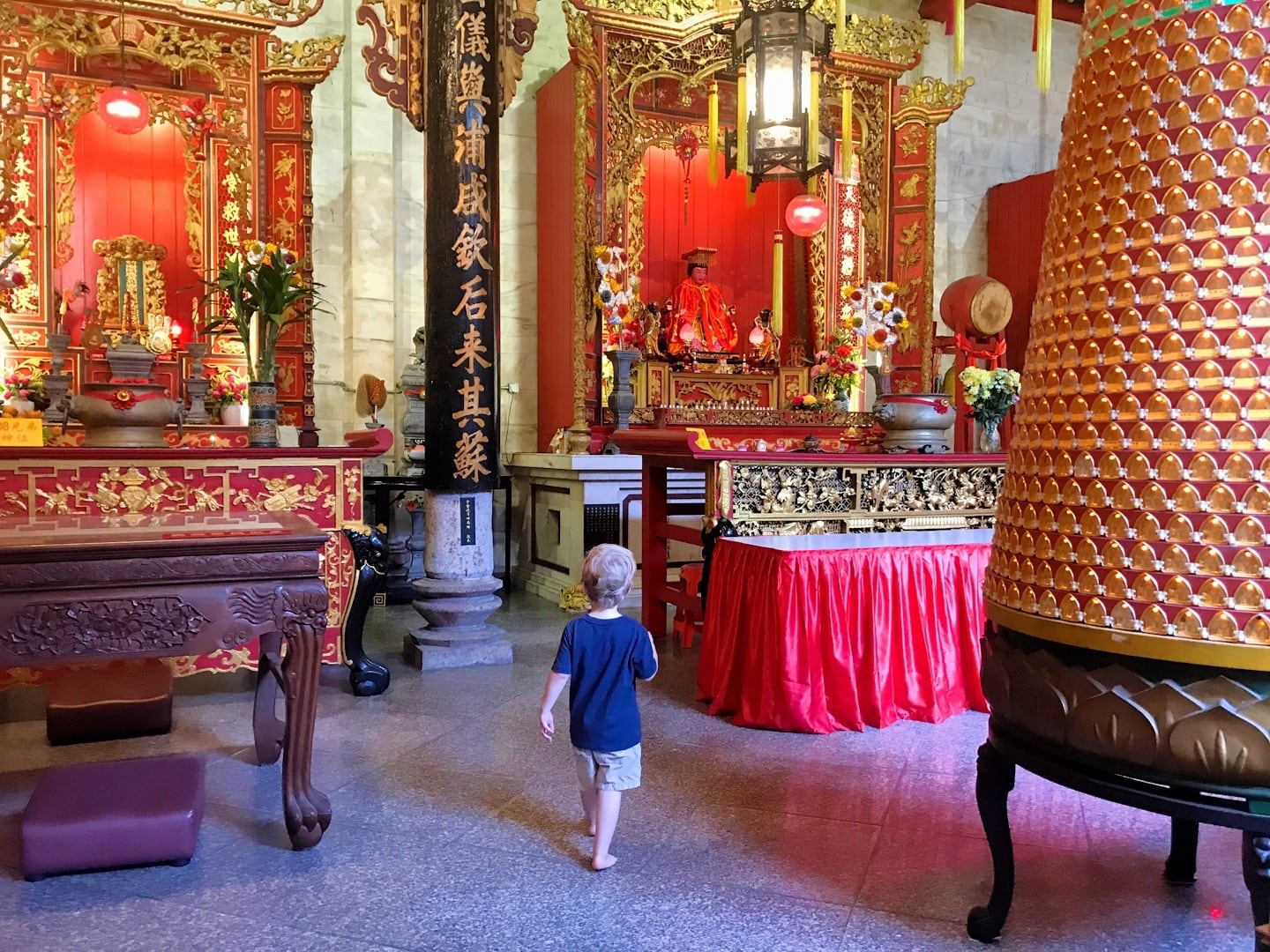 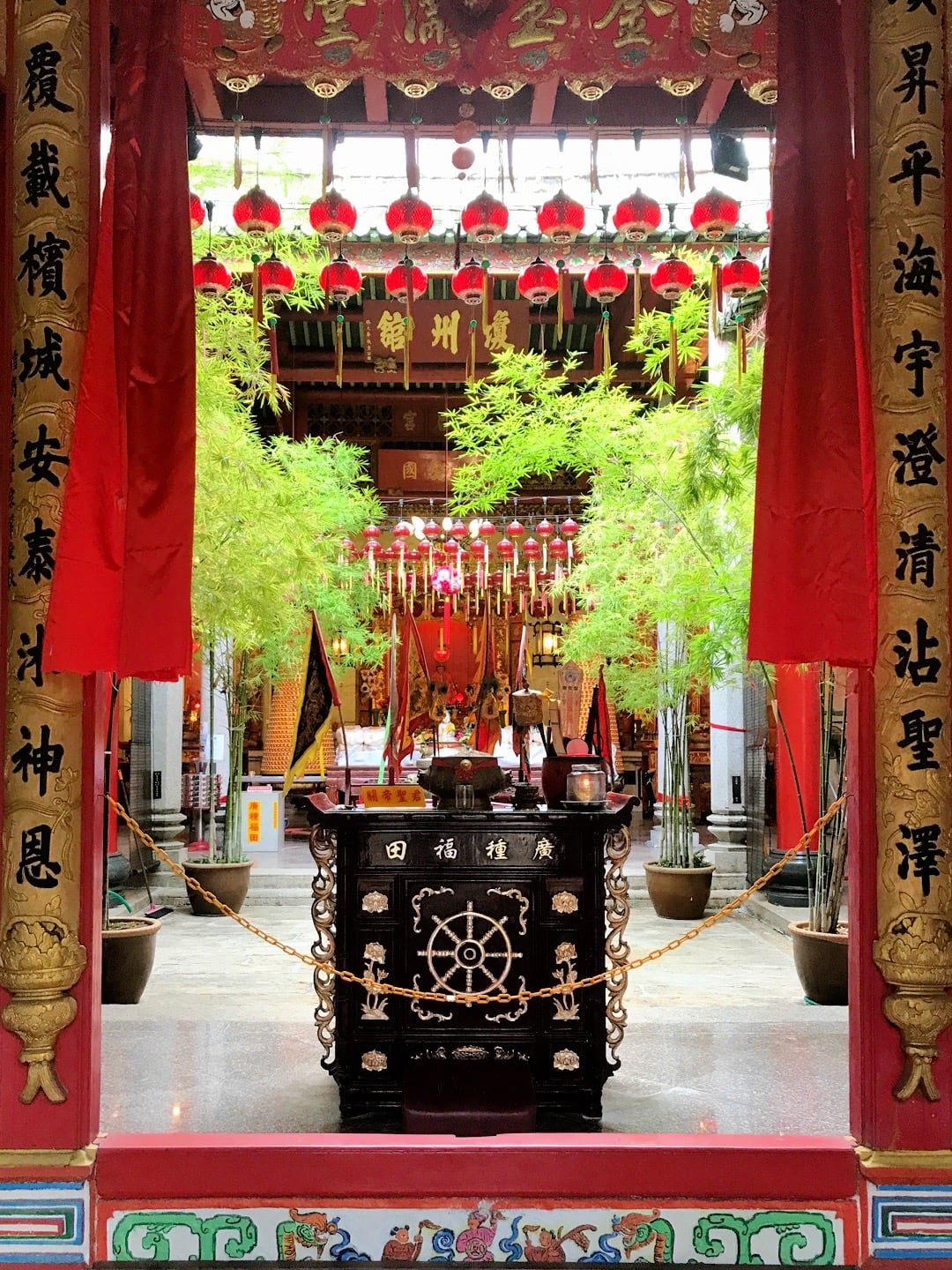 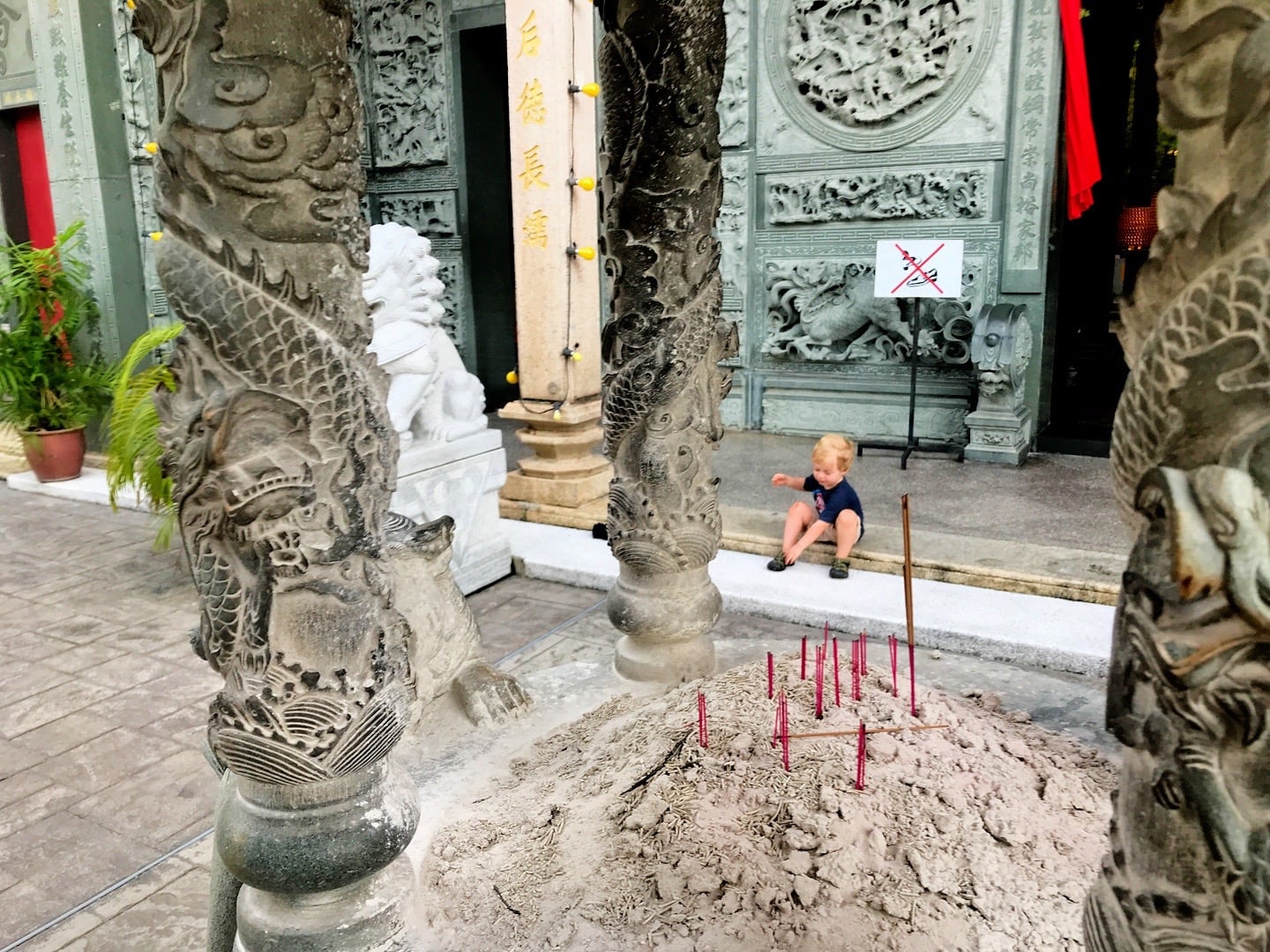 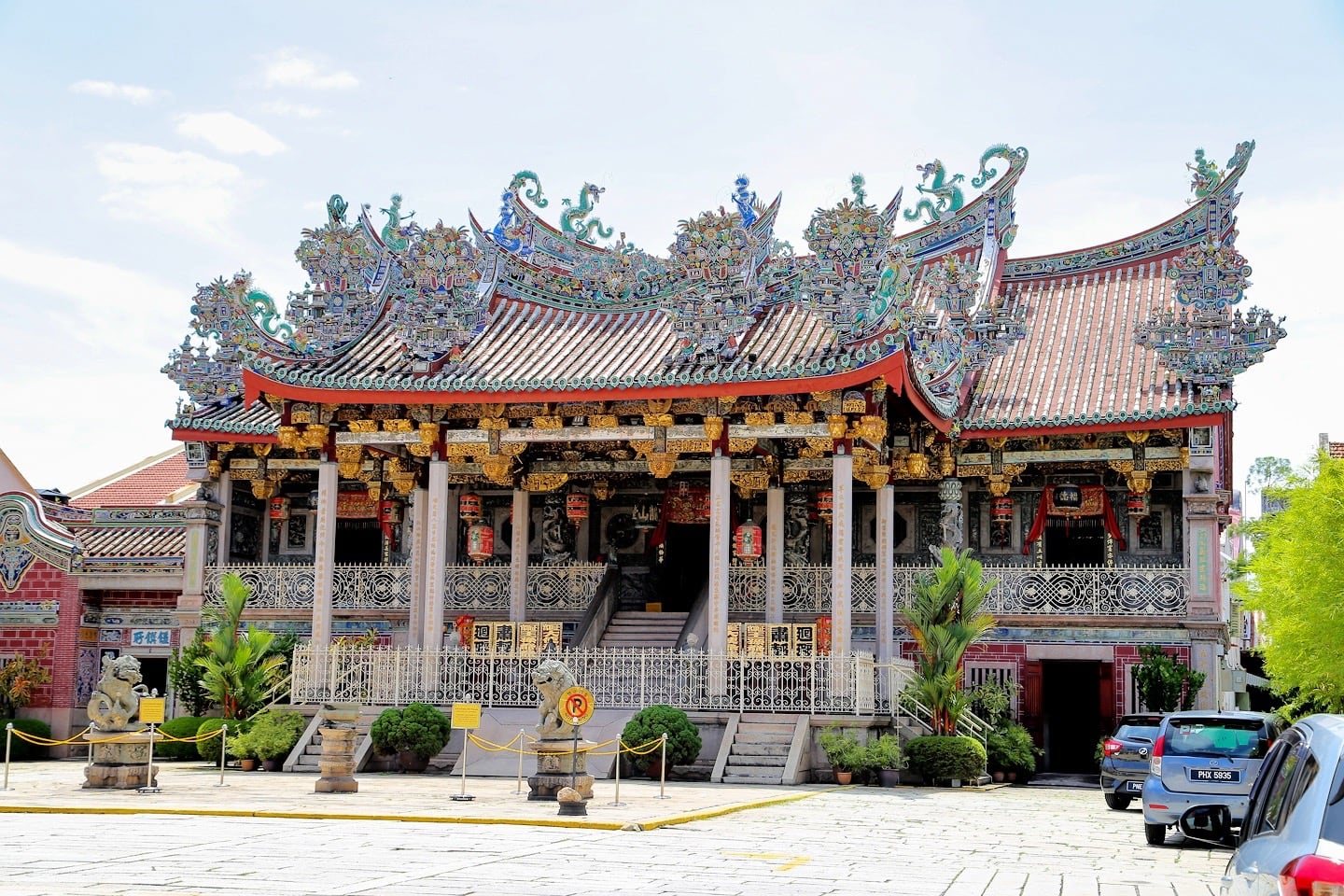 One of the most visited and most historic temples is Leong San Tong Khoo Kongsi. In addition to being one of the largest Chinese temples in town, it’s significant for its location in the center of the historic Khoo clanhouse.

Walking the streets surrounding this block, you’d never know that the shophouses are actually connected and form the walls of this centuries-old community. Like the Clan Jetties, early Chinese settlers here constructed enclosed communities based on their clan. 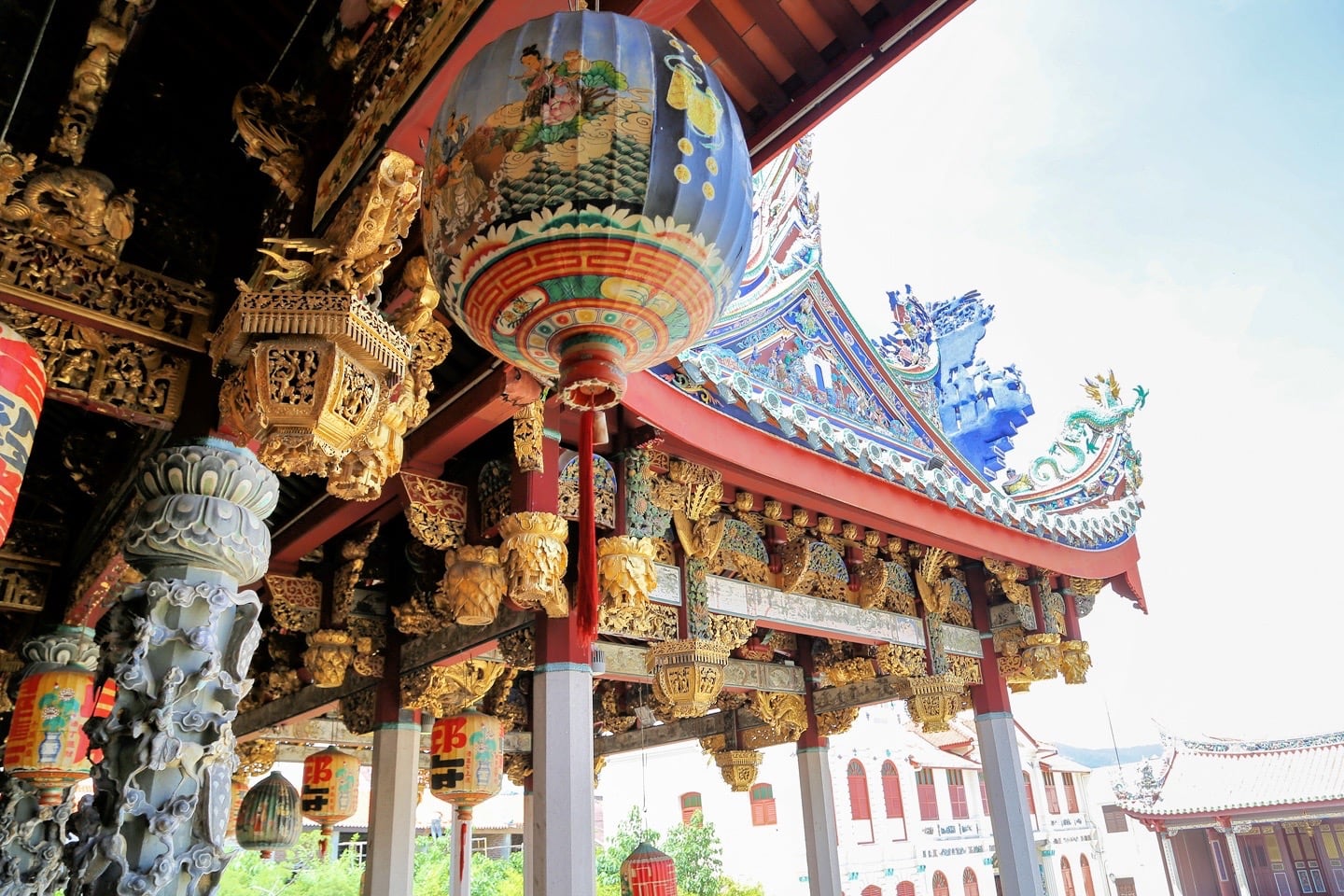 There’s an excellent museum in the basement of the temple as well. 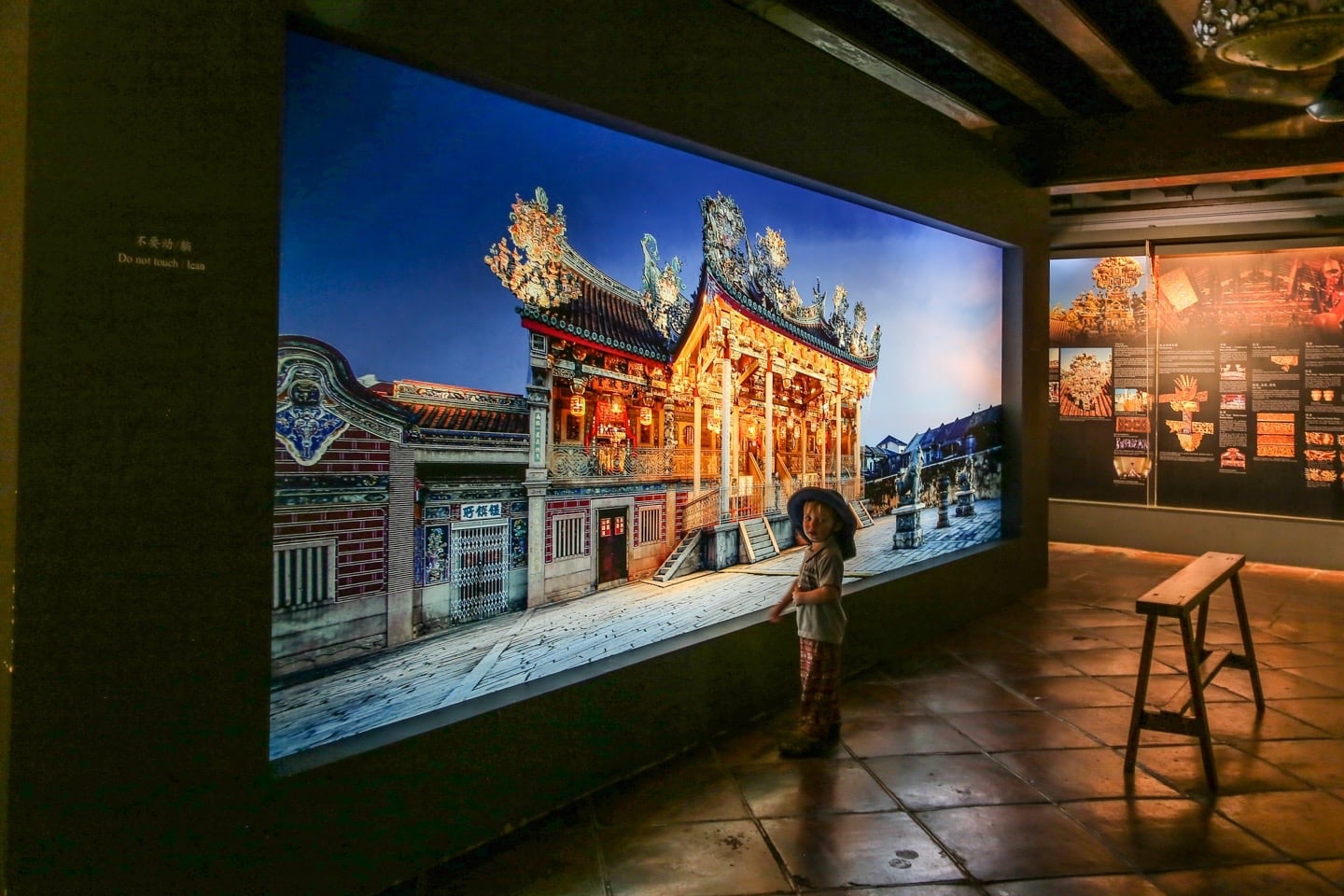 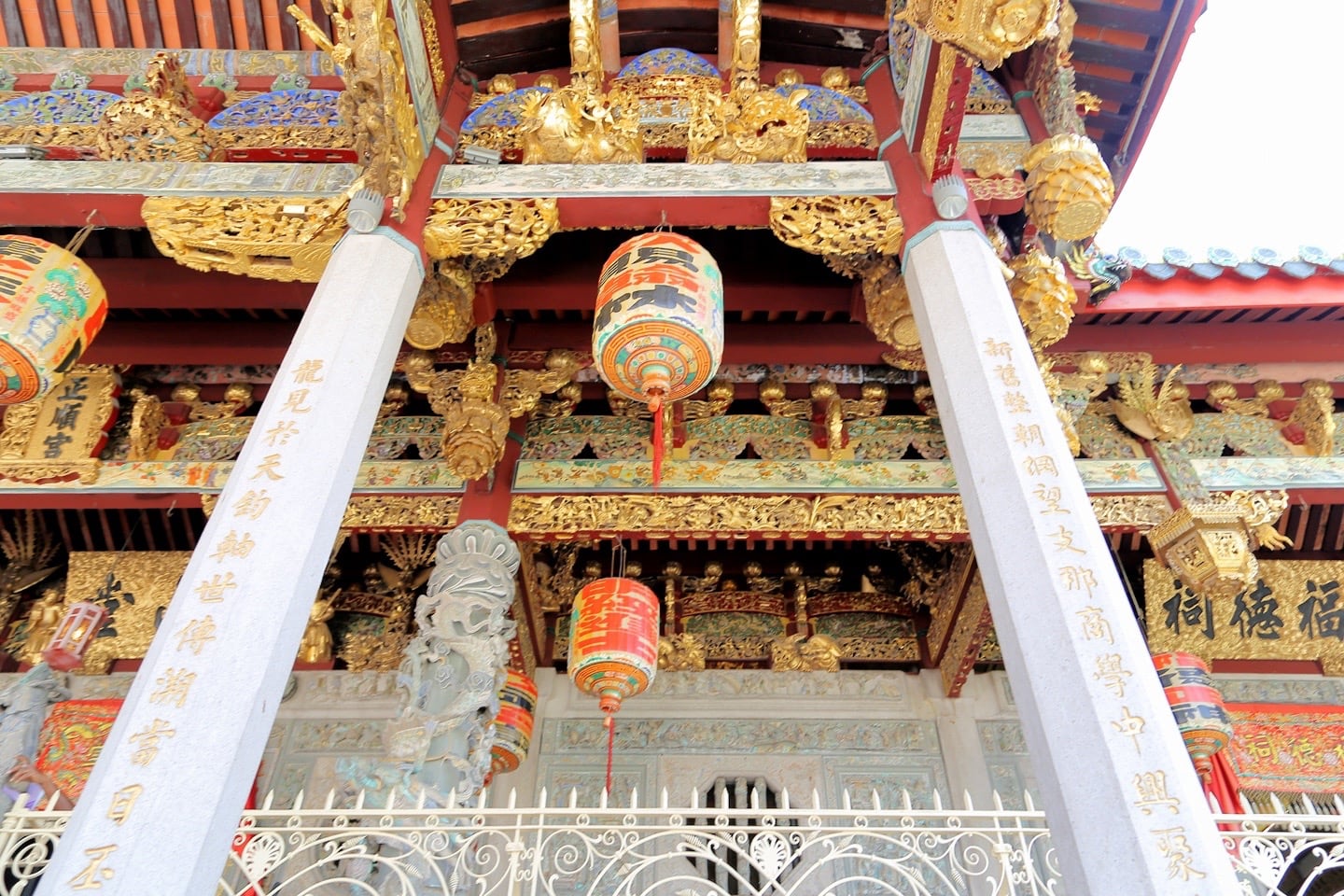