In Part Two of our exploration of the UNESCO town of Luang Prabang, we continue to discover the wonders of this unique place and hop a local boat for an impromptu jungle adventure.

Old Town Luang Prabang is loaded with historical buildings and sights to see. The highlight of our visit, however, was walking the charming tree-lined streets and imagining what life might have looked like at various points in time, from the early kingdoms through the colonial period. LP seems perfectly suited for strolling without an itinerary. 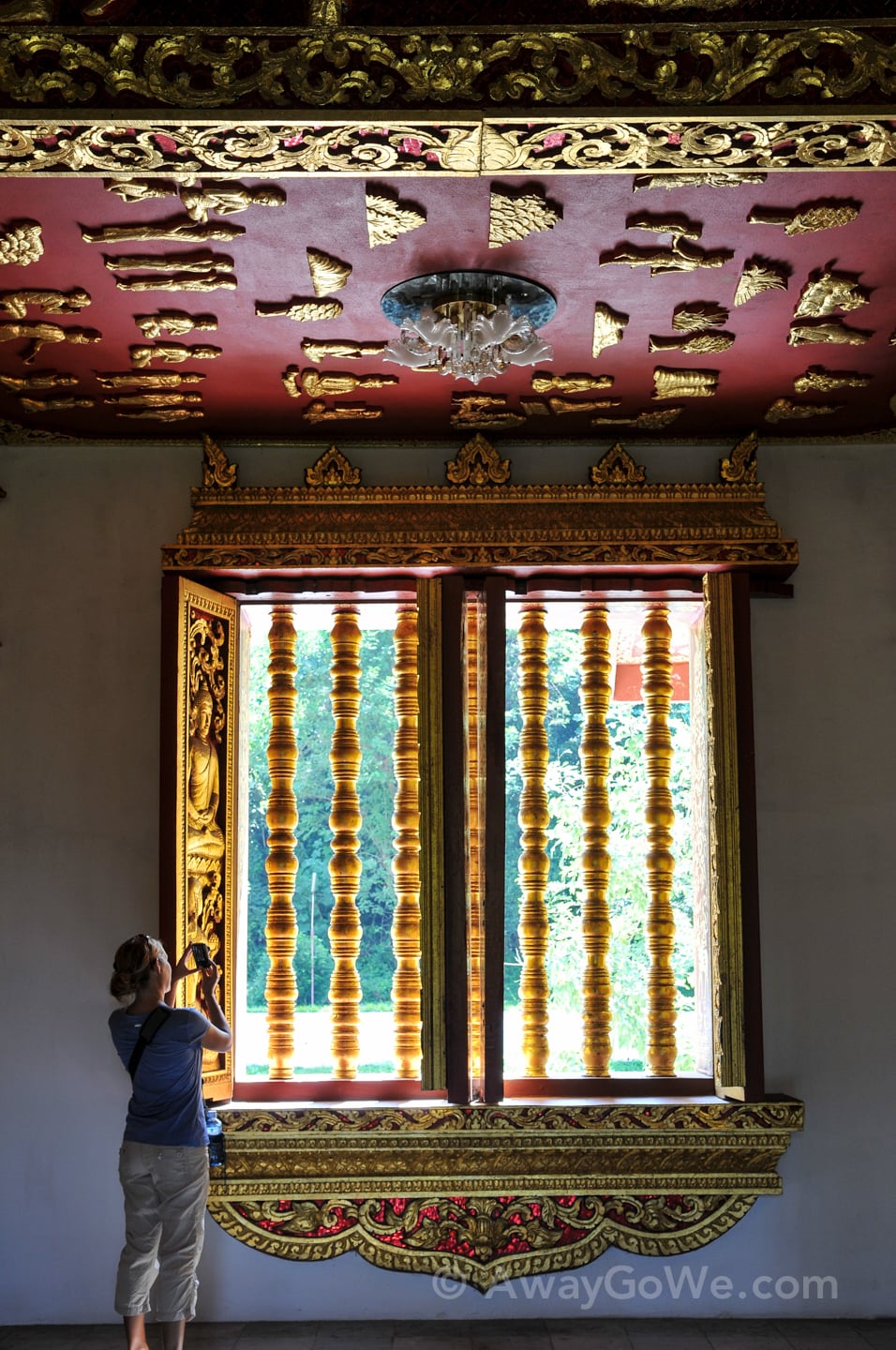 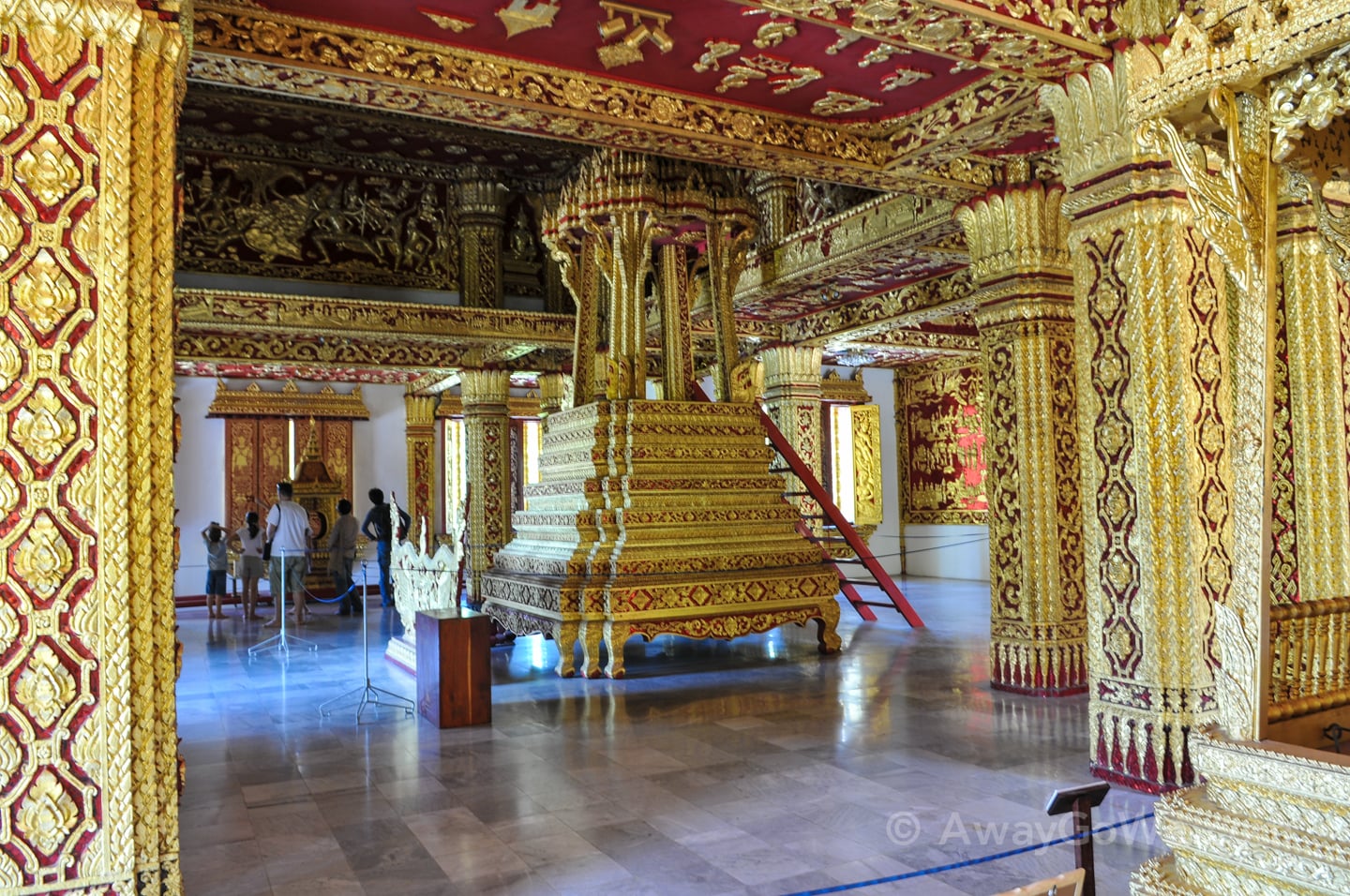 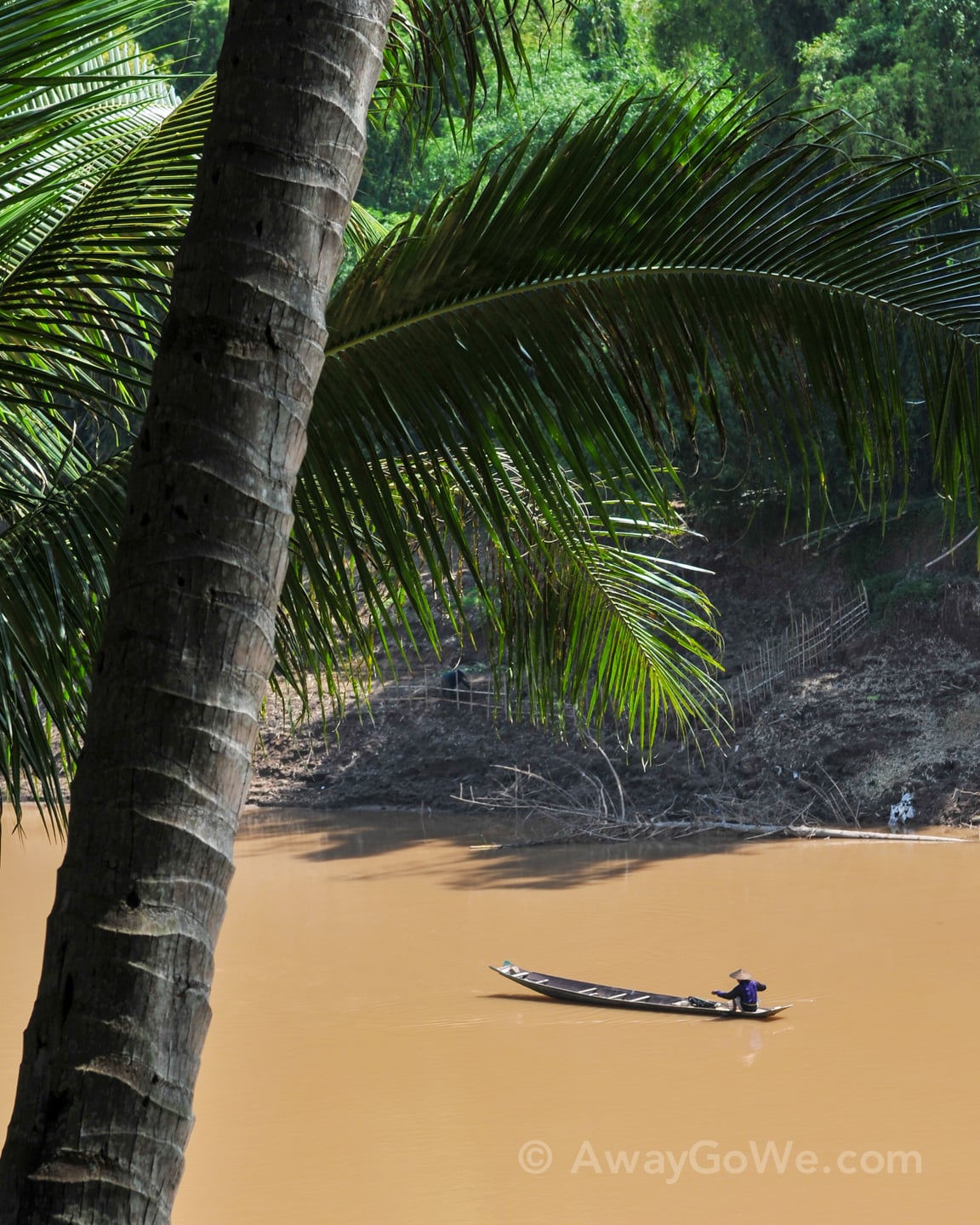 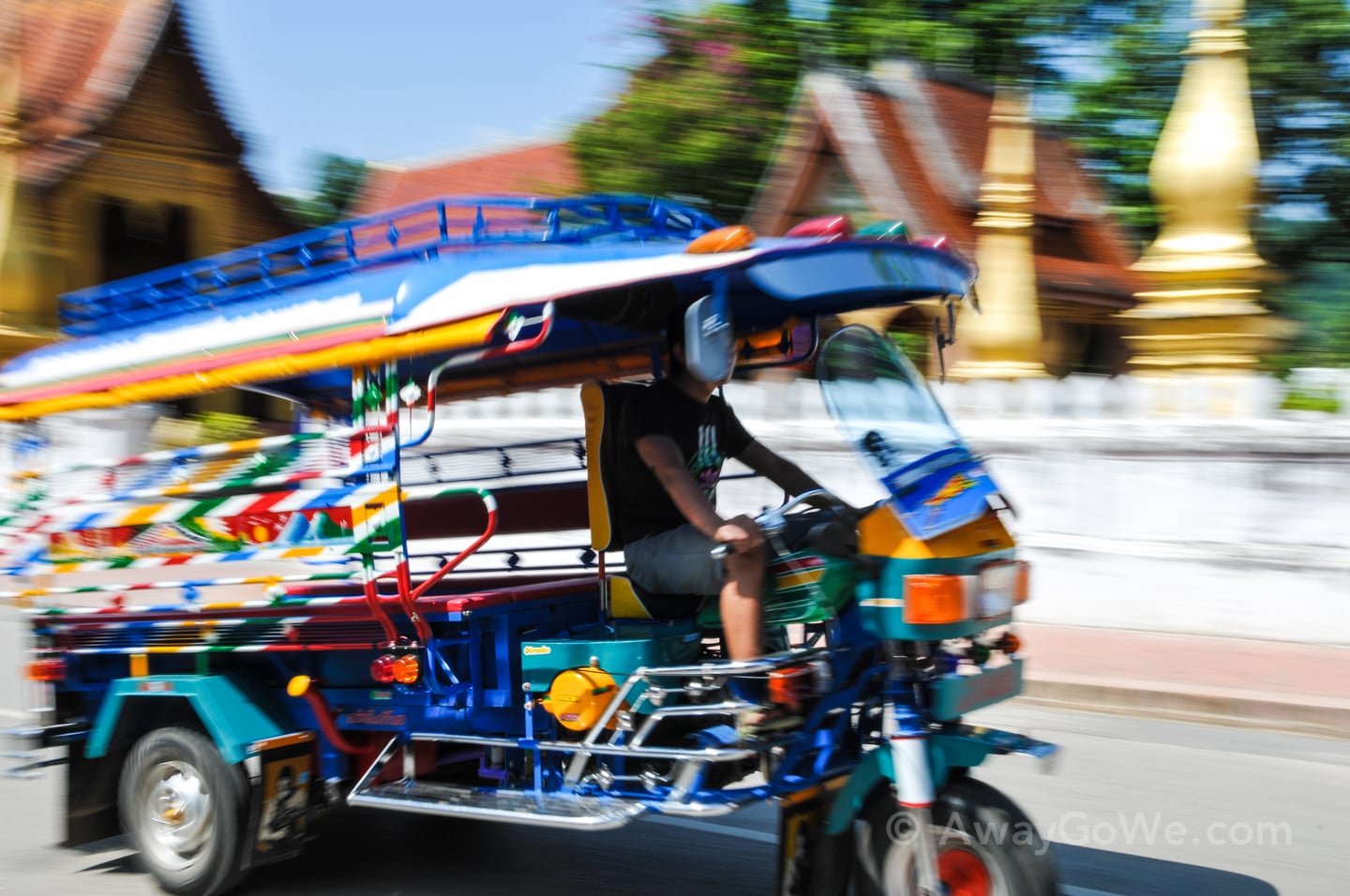 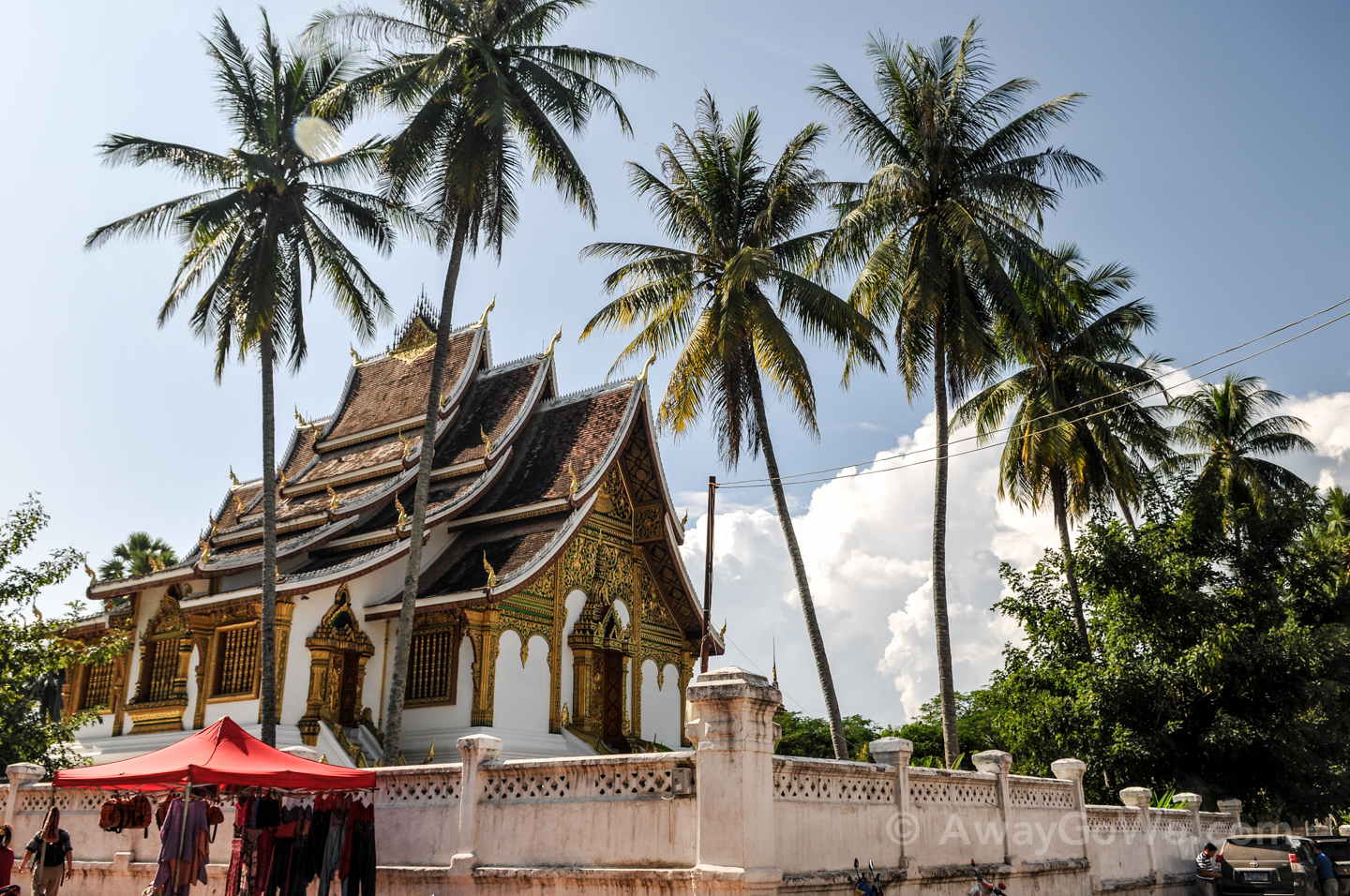 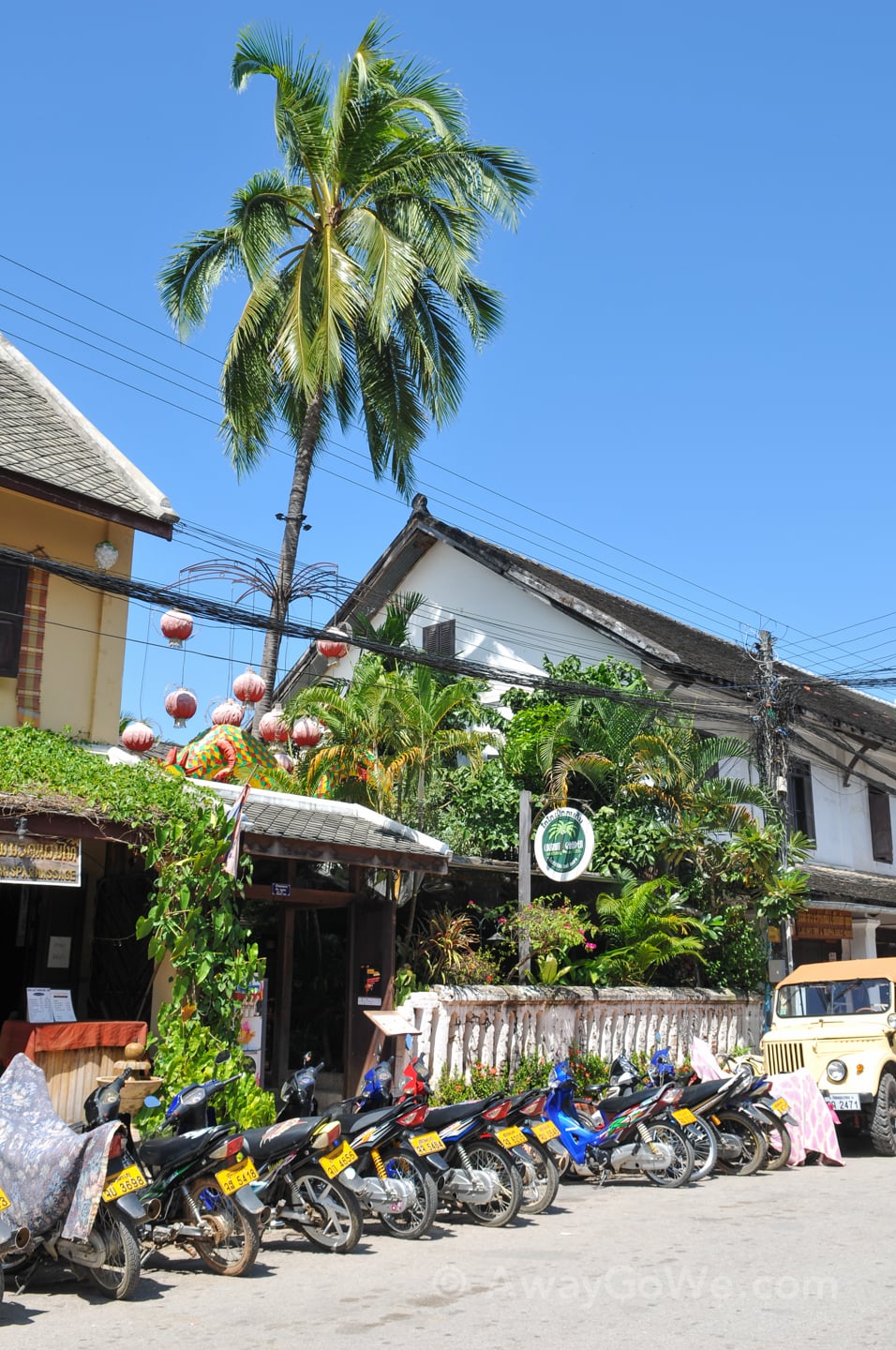 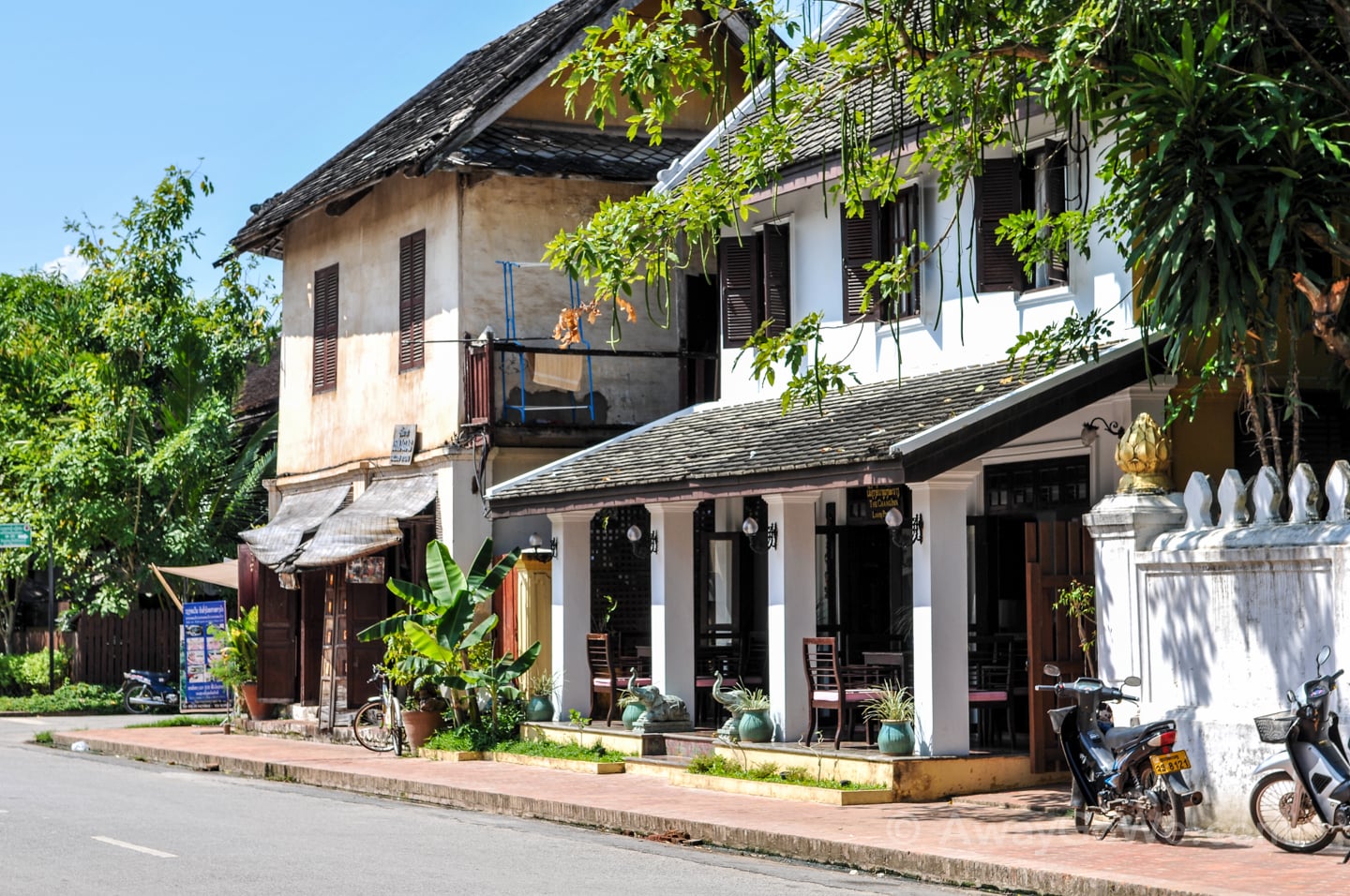 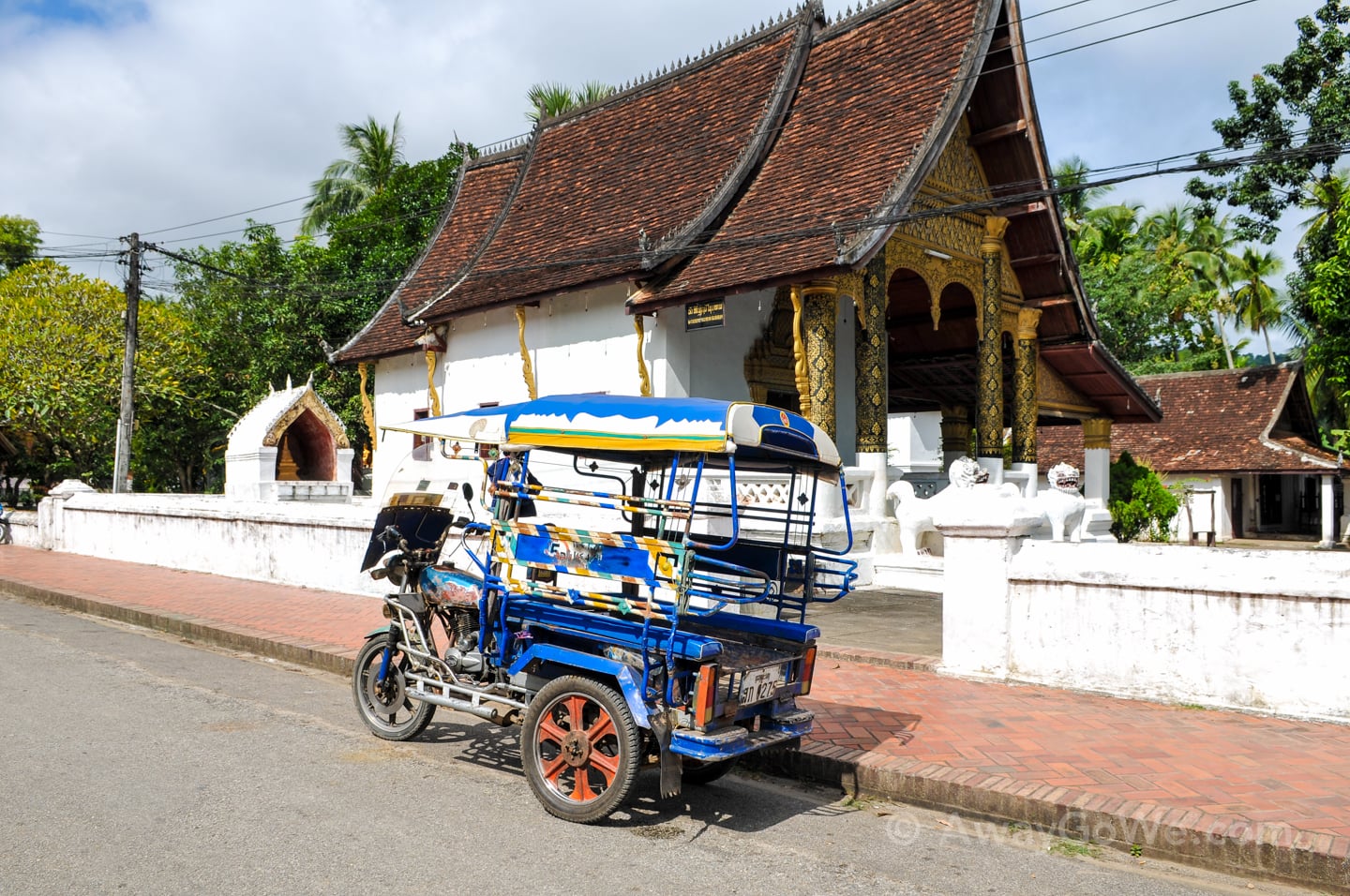 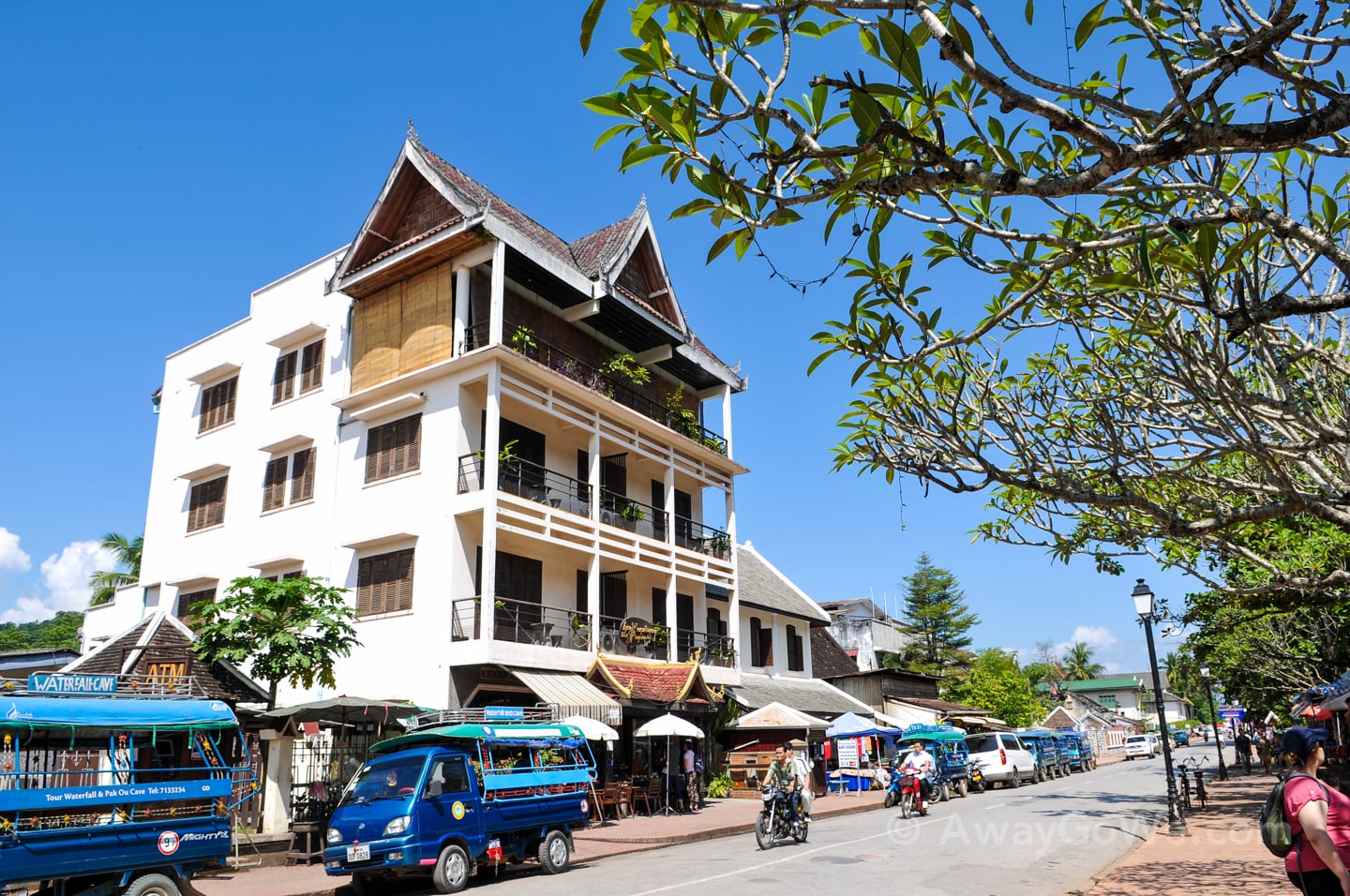 One of the most memorable experiences in Luang Prabang didn’t actually take place in the UNESCO quarter, but on the other side of the Mekong.

We descended the old steps of Wat Xiang Thong down to the river and found a boat to take us across. 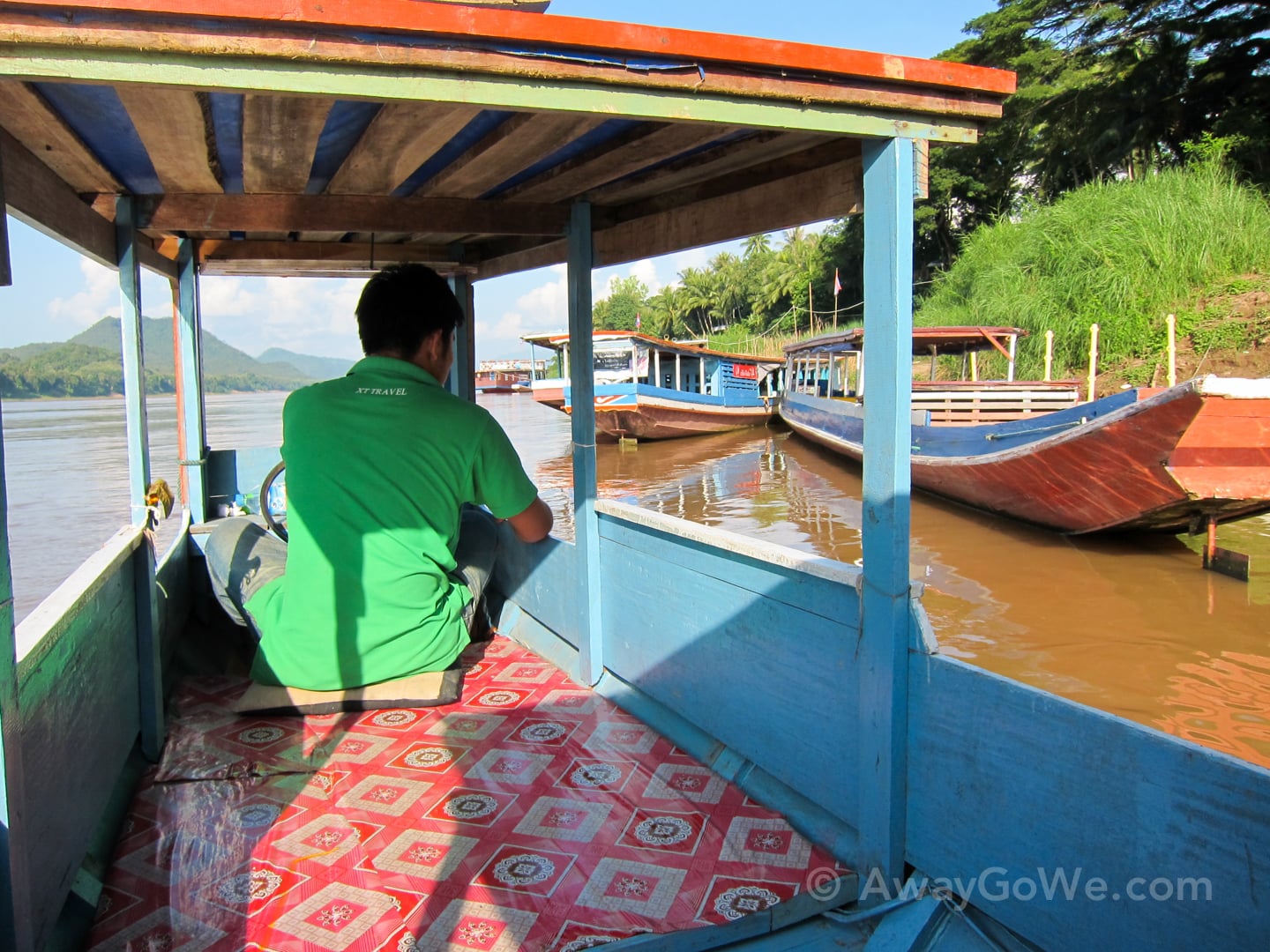 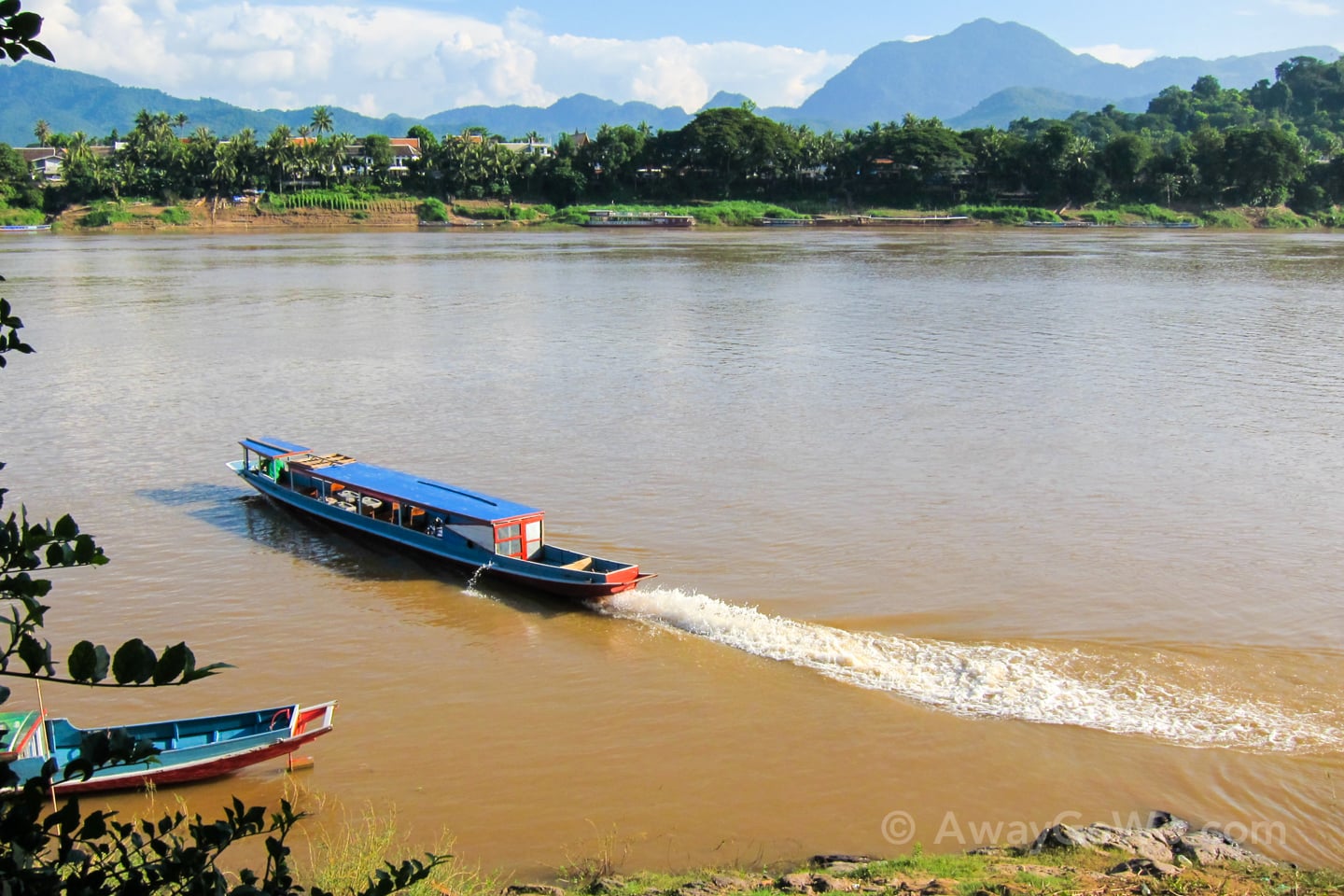 Old Town, as viewed from across the Mekong. 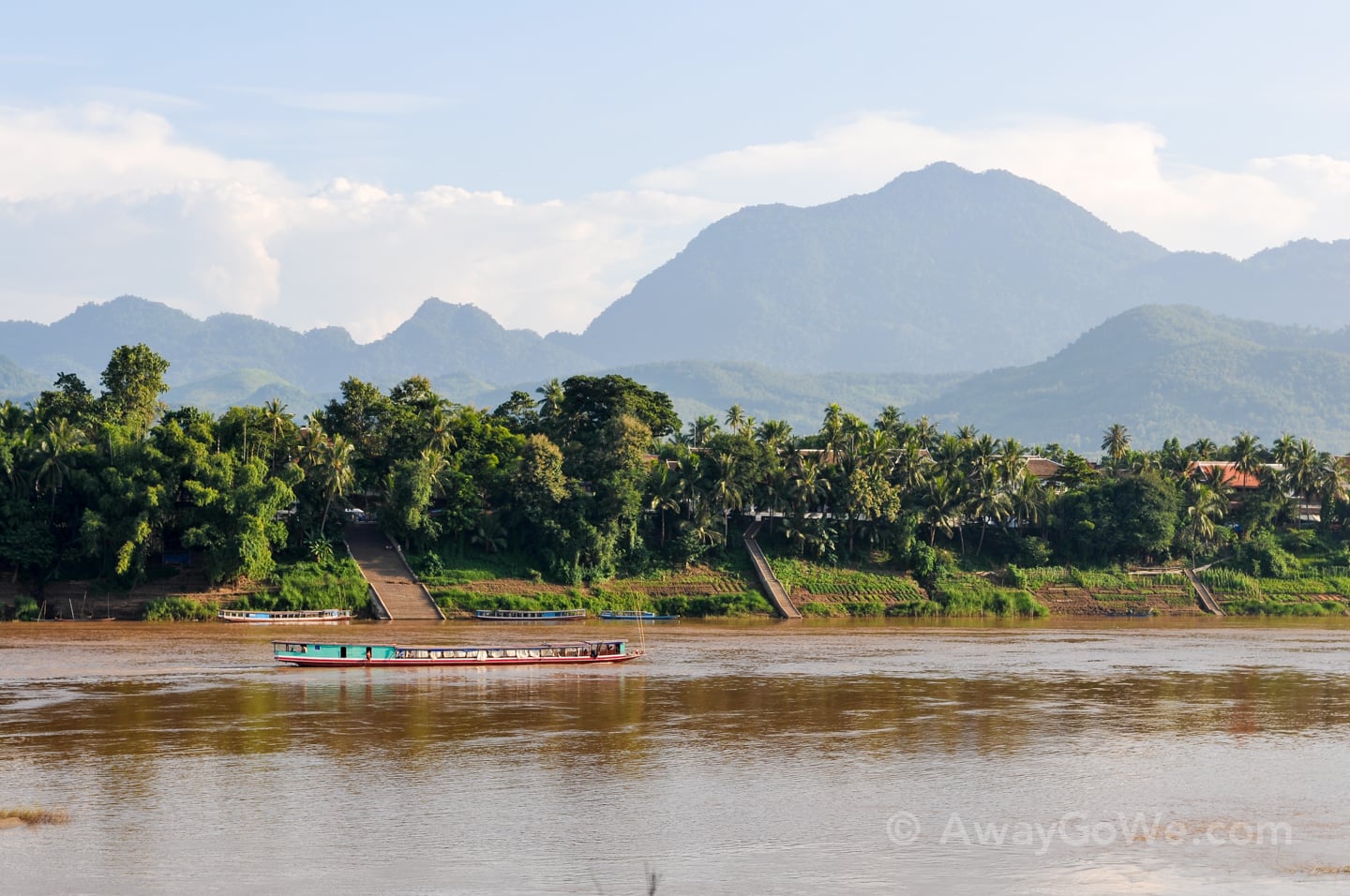 From there, we ascended a number of steps to the iconic bright, white Wat Chomphet, visible from the banks of Old Town. 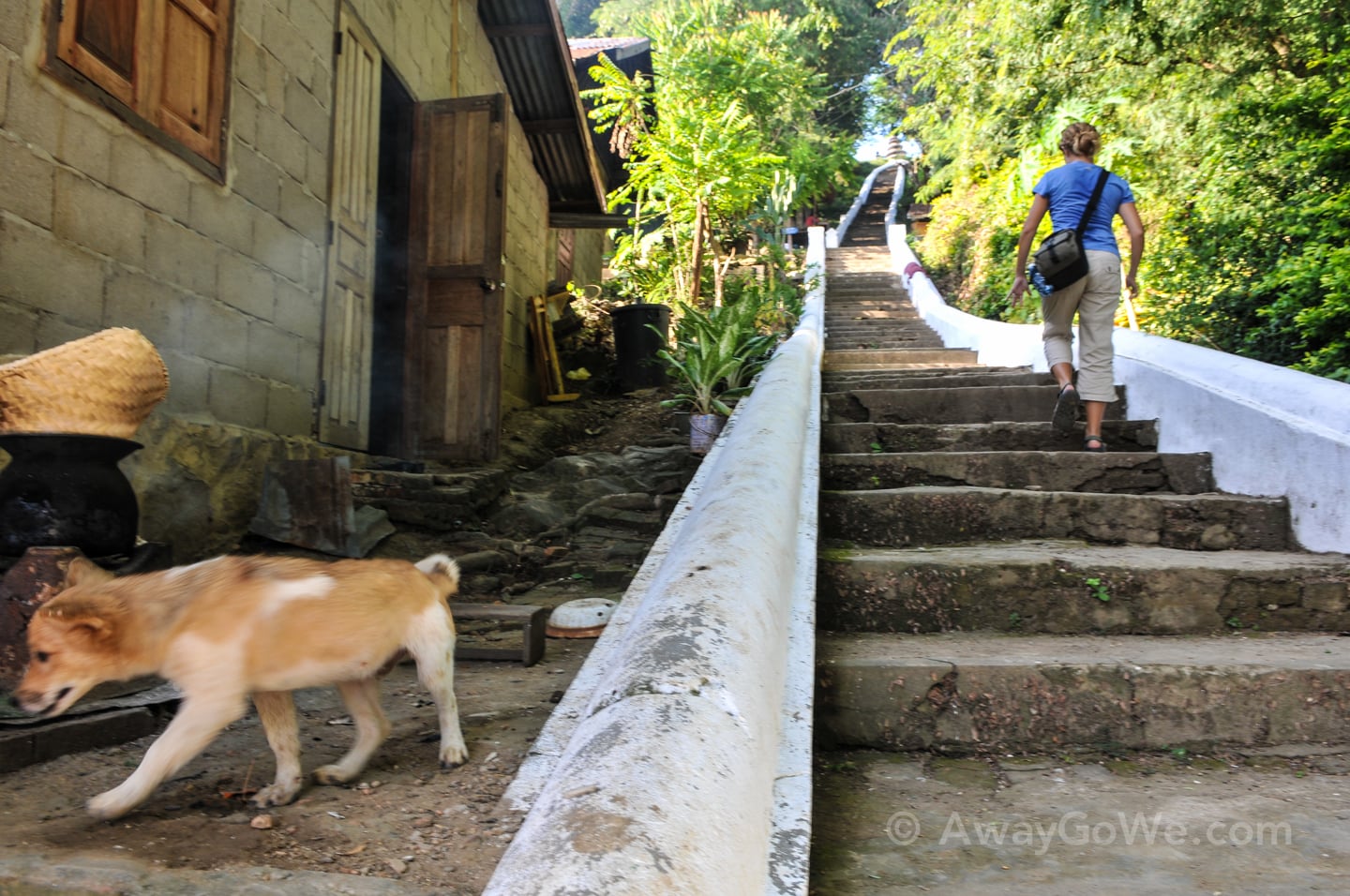 Before reaching the wat, we decided to try and find a cave we had heard about. We were told to follow the path to the right of Chomphet, which would lead us there. But we would have to find the keeper of the key and pay him a small fee to pass. 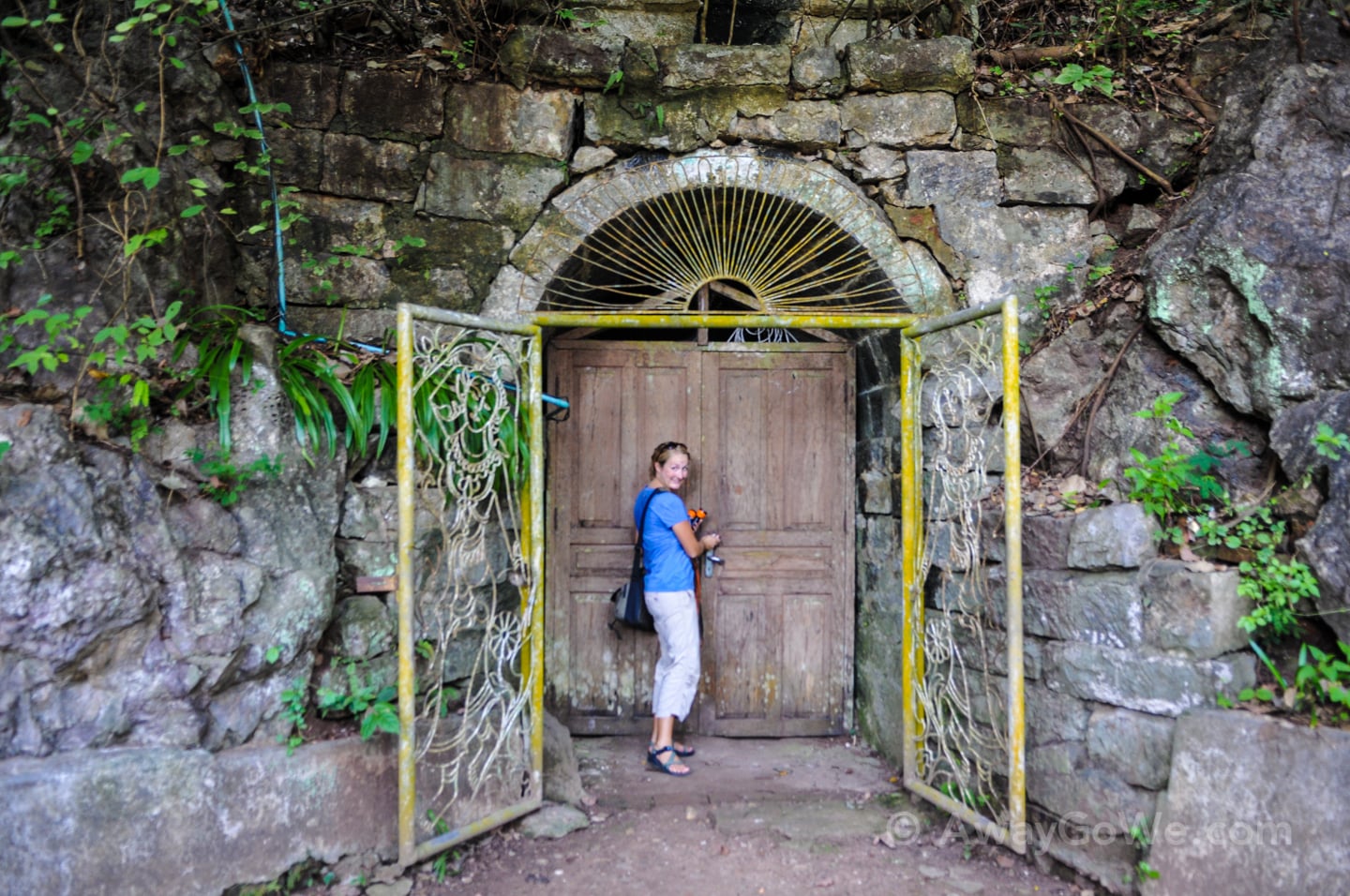 After passing through another temple, Wat Longkhun — the old residence for the newly coronated Luang Prabang king — a caretaker greeted us, asking if we wanted to visit the Tham Sakhalin (the cave). After paying a small entrance fee, he equipped us with keys and a couple of flashlights and motioned to the path we were to follow. 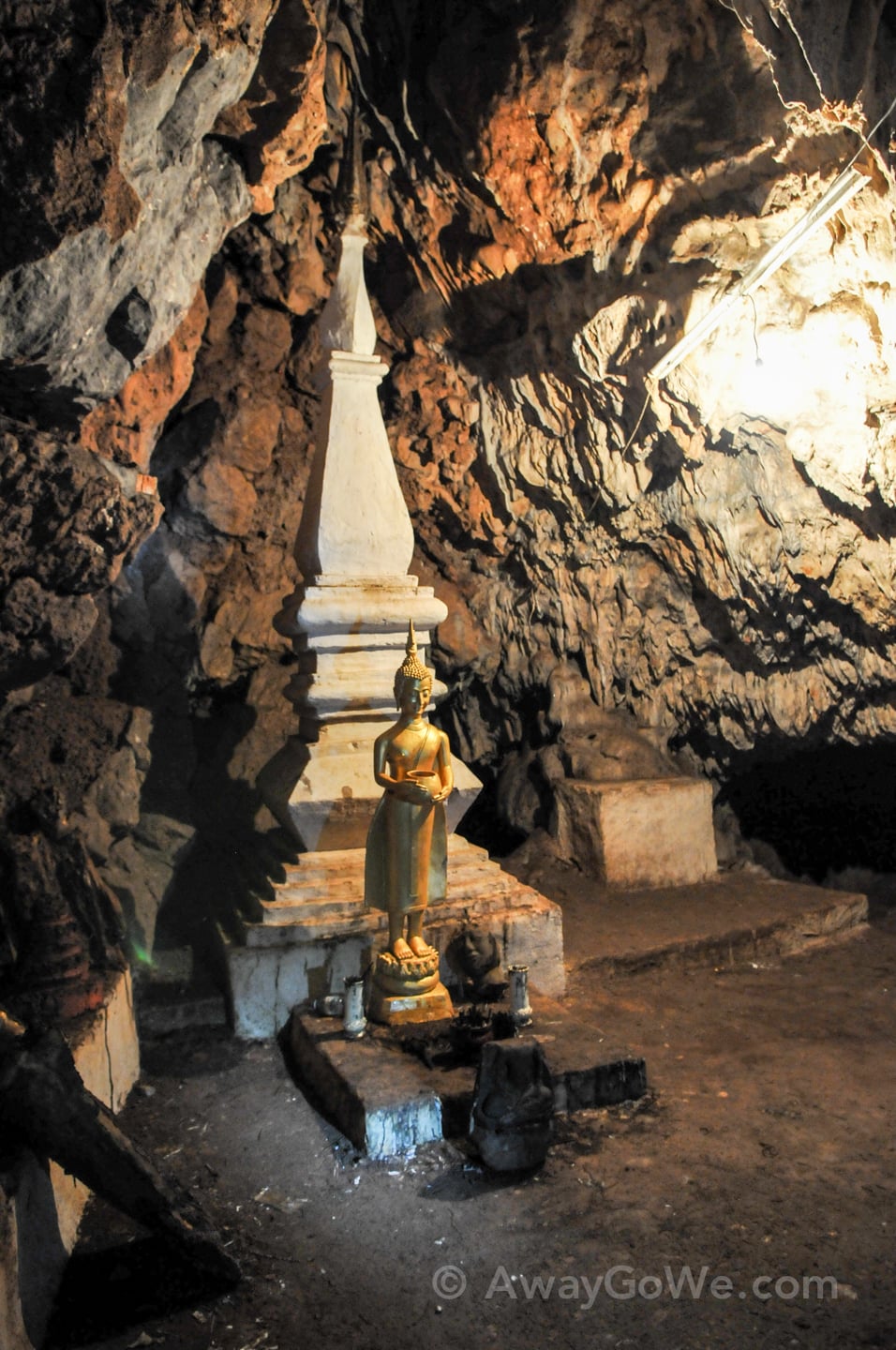 The front part of the cave is lit, but as you go further in, it gets very dark and slippery. We mainly stuck to the main hall of carved buddhas and other shrines and relics.

This niche was filled with traditional carved wooden Buddha statues — the type that is very common in the rural parts of Laos (as opposed to the rotund laughing Buddha that you find in tourist shops). The niche was blackened from countless decades of burnt offerings. 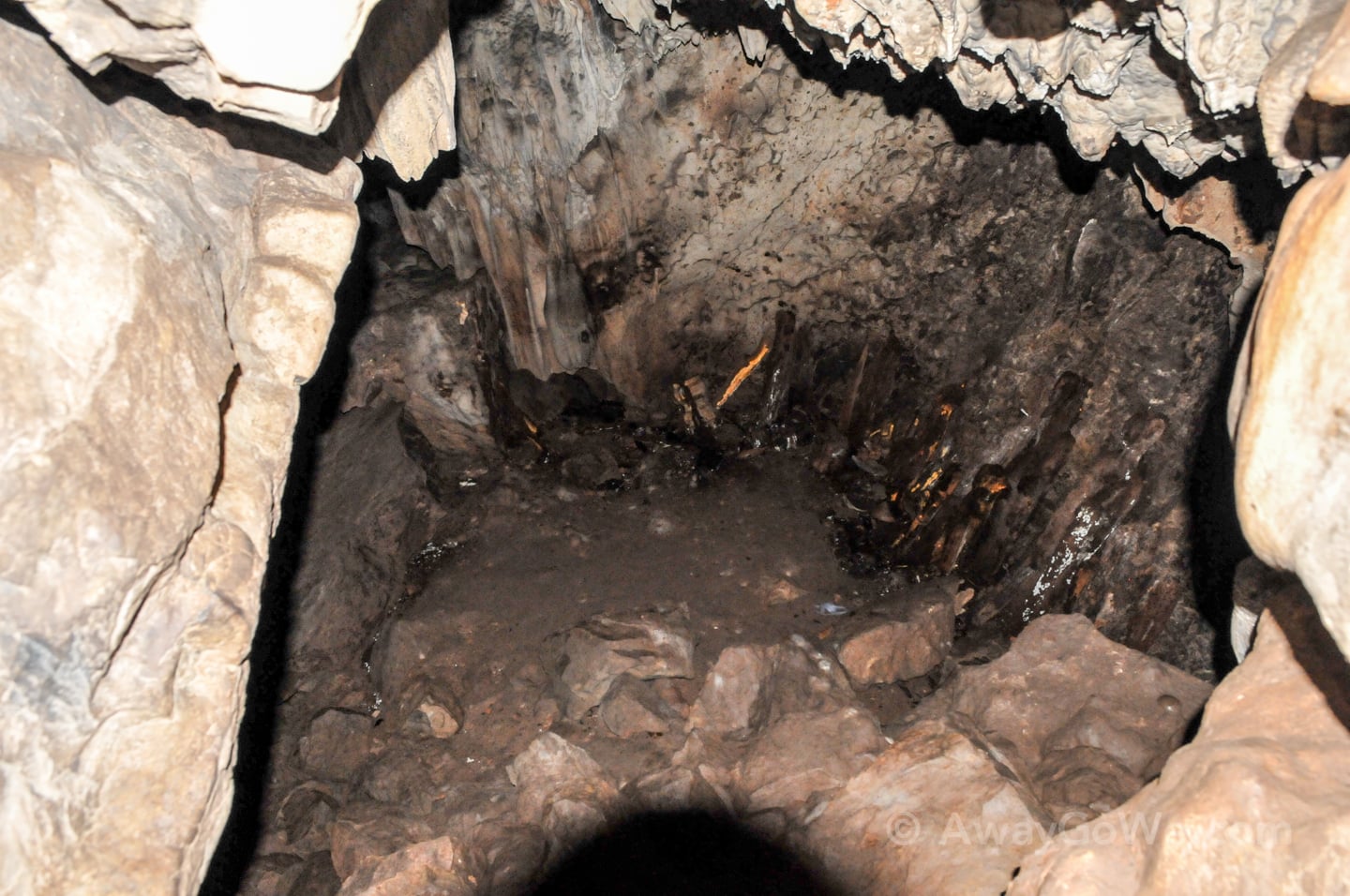 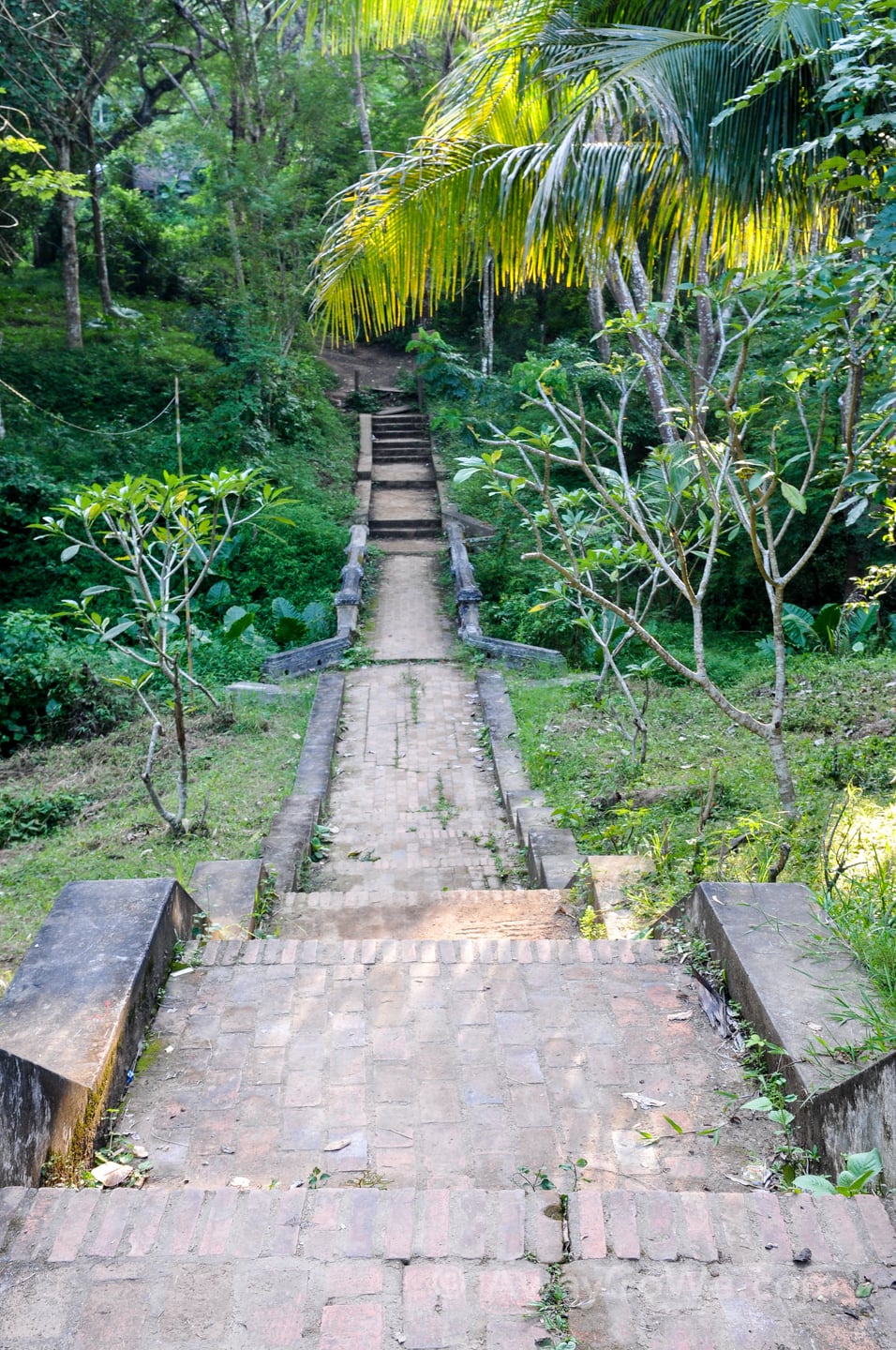 We locked the cave back up, handed in the keys and flashlights and returned to Wat Chomphet to sit for awhile and take in the view of Luang Prabang from across the river. Then, instead of returning across the river the same way we came, we opted to walk the mile or so to the public ferry. The path became an attractive brick lined road with drainage canals running on both sides, which led through the picturesque little village of Xieng Man, a pleasant surprise to say the least. We were in a bit of a hurry to catch the ferry, given that the light was quickly fading, so unfortunately no pics from the village. Maybe next visit! 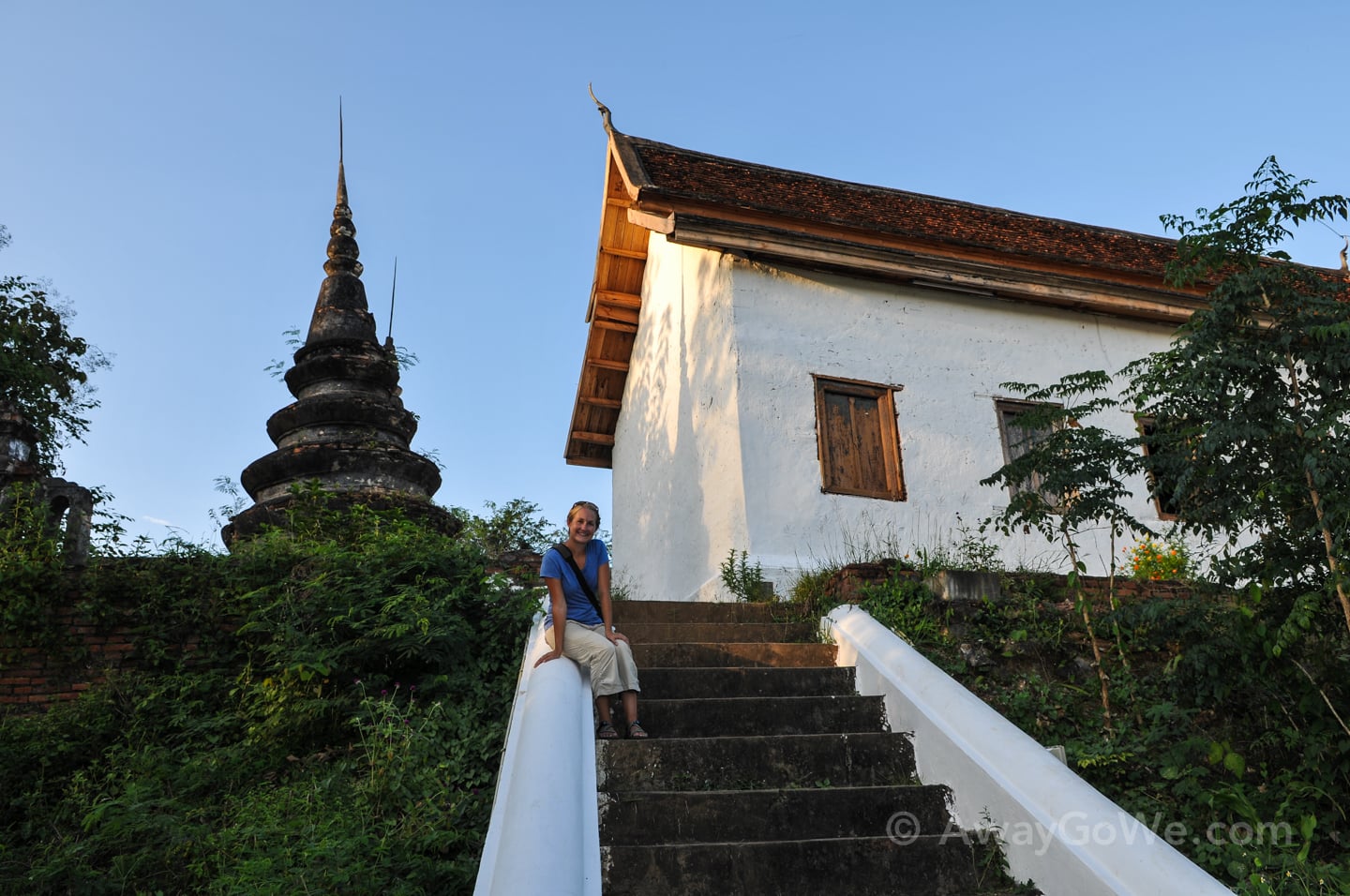 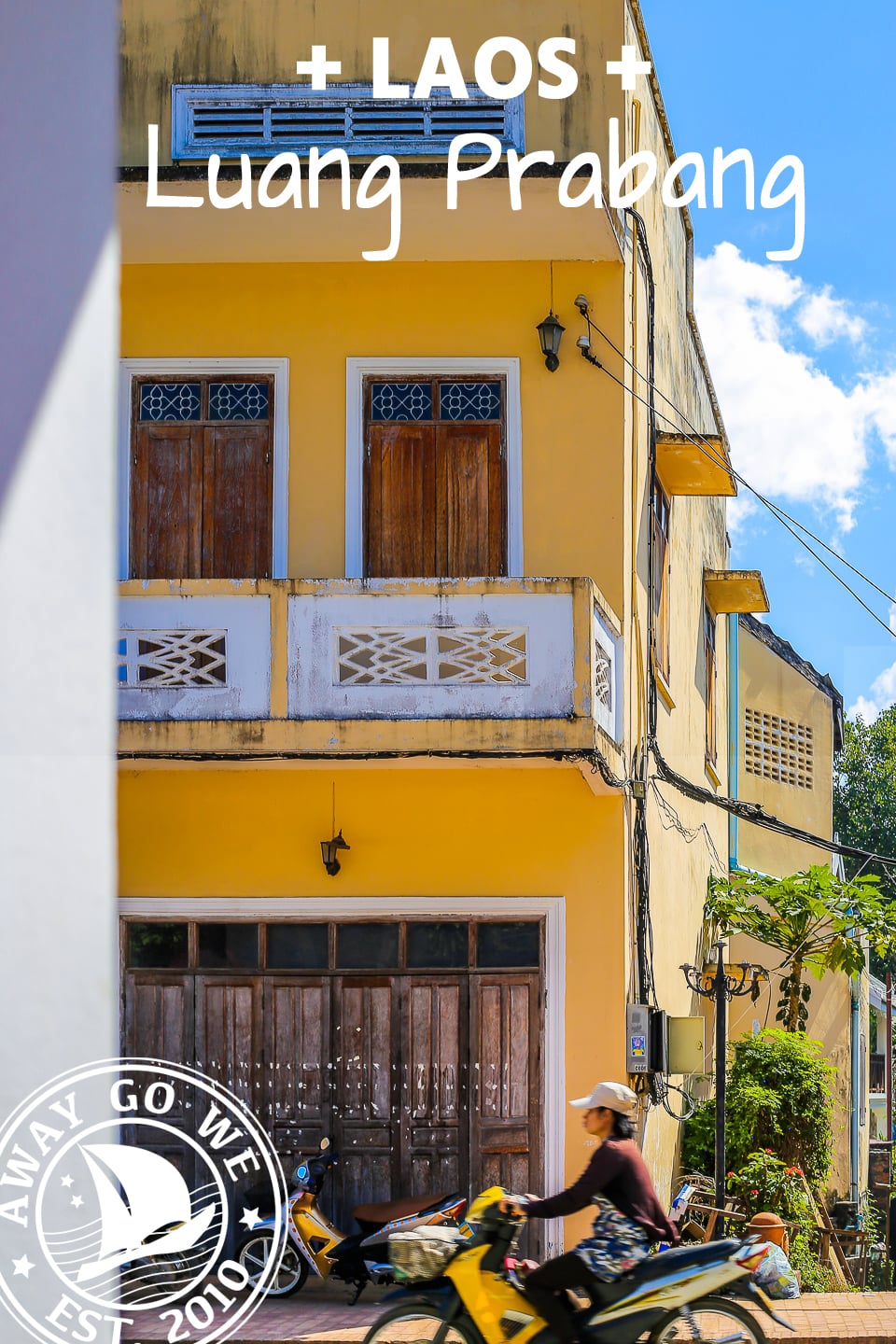