Exploring two of Istanbul’s mighty mosques: the mammoth and magnificent Süleymaniye, and the lively New Mosque. 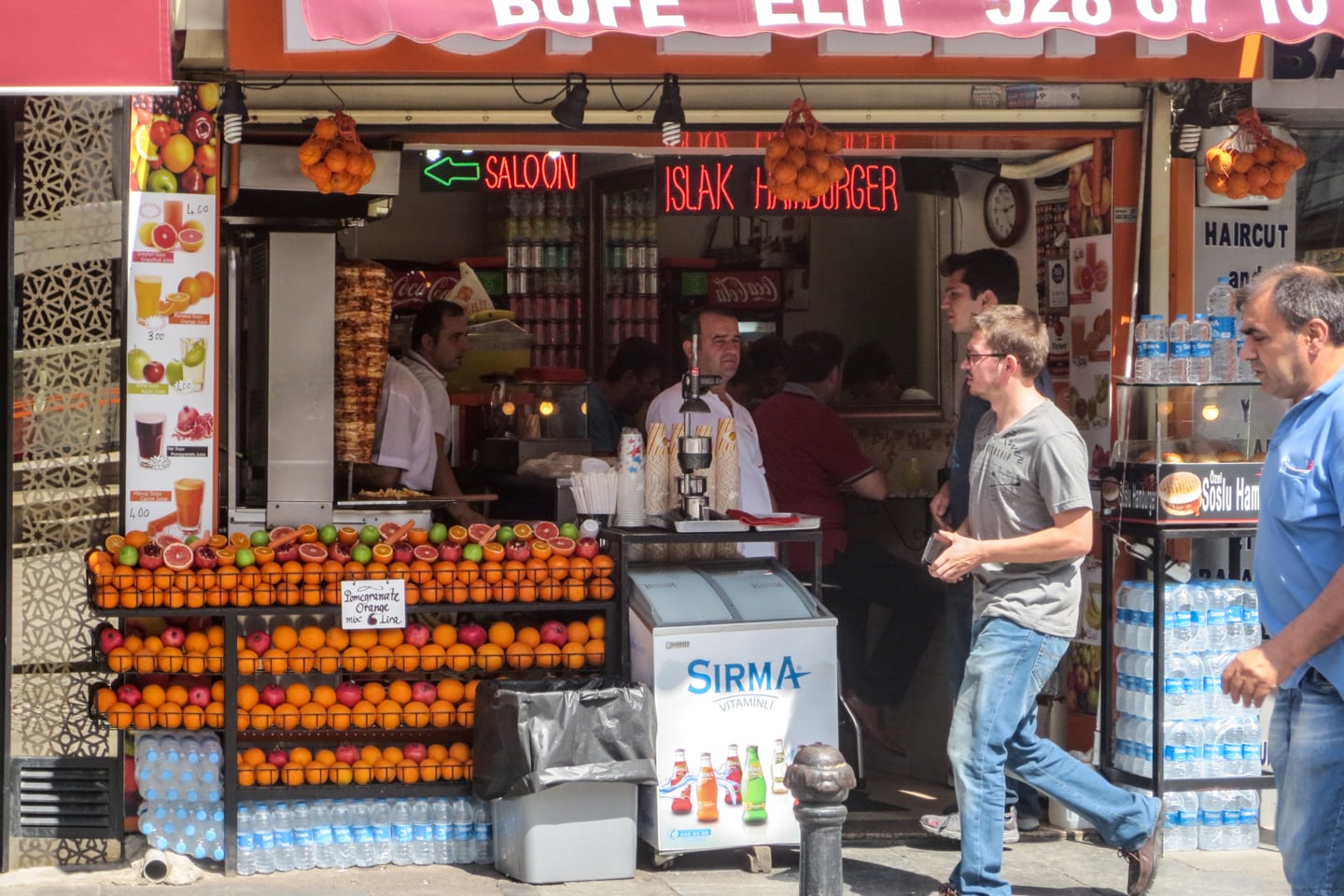 Before reaching either mosque, we pass by numerous places selling fresh-squeezed orange, grapefruit and pomegranate juice like this one. 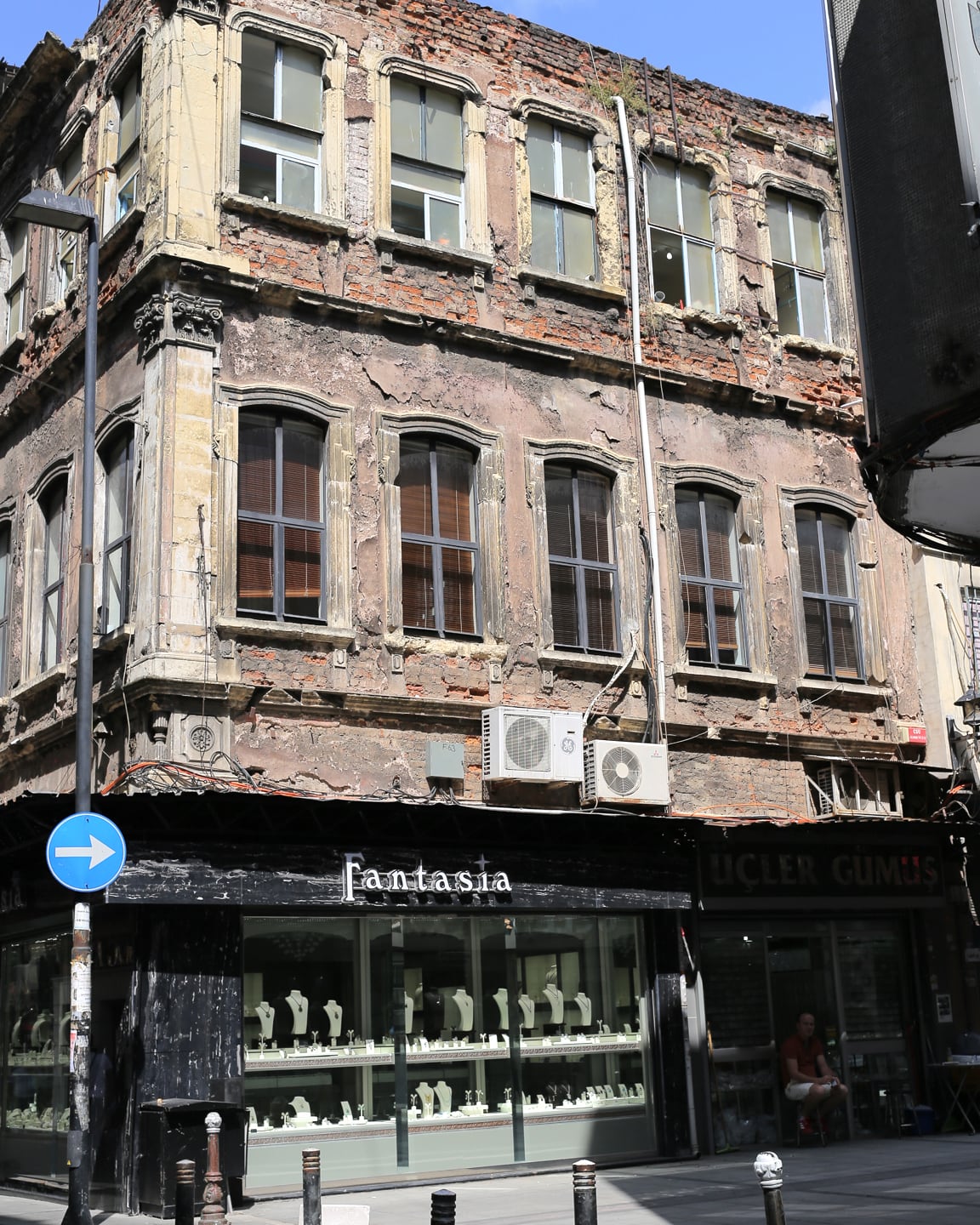 And many interesting buildings. I was especially intrigued by the dichotomy between lower and upper floors in this particular property. 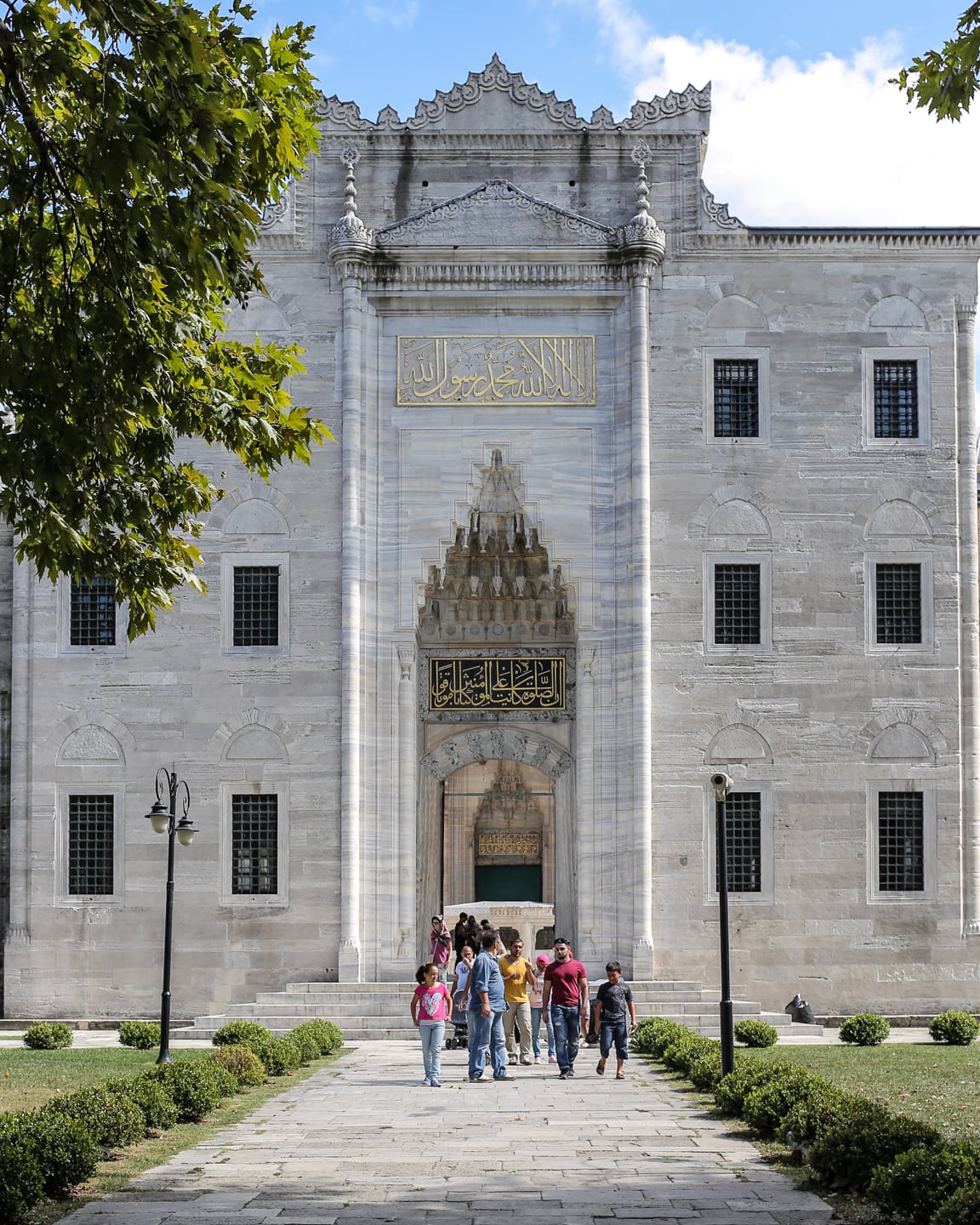 Our first mosque of the day is the magnificent and incomparable Süleymaniye, watching over the city from its high perch on a hill. Süleymaniye is the largest mosque in Istanbul and one of the city’s grandest and most recognizable sights. It is absolutely a sight to behold. The thing is massive and beautiful. 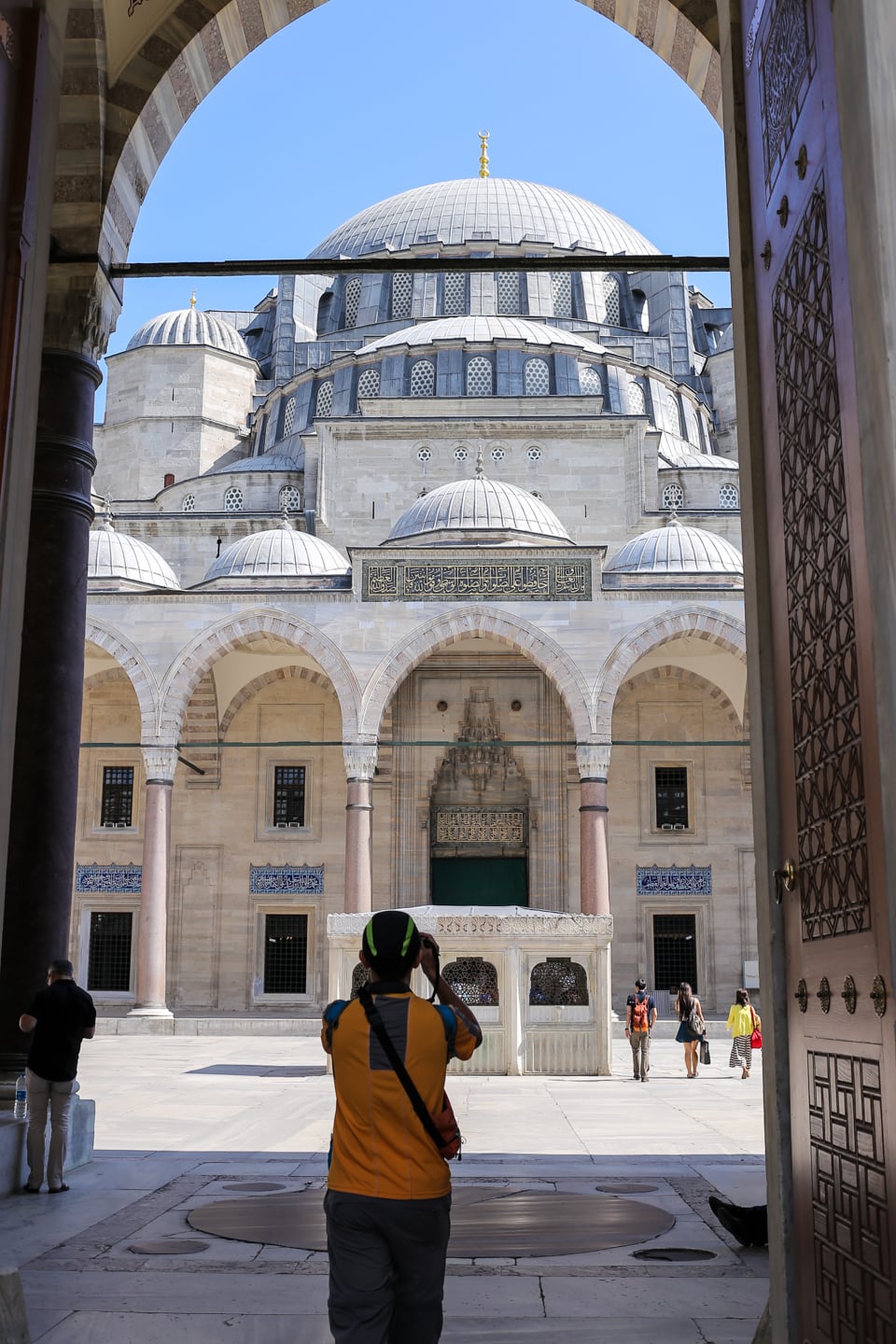 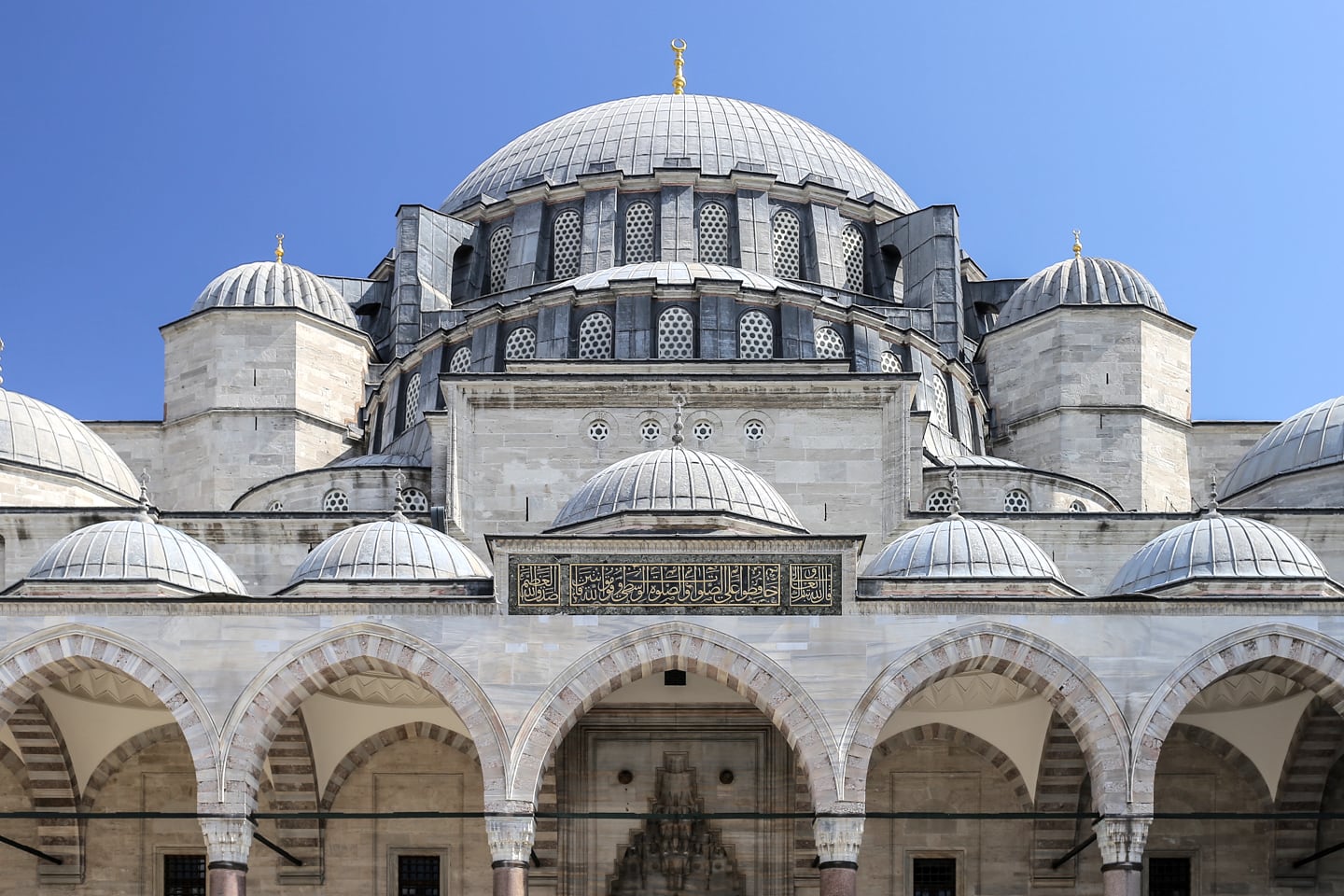 The mosque was built by the order of Sultan Süleyman and finished in 1558. It was not just a mosque, but was built with facilities to service the neighborhood, such as a school, hospital and baths. 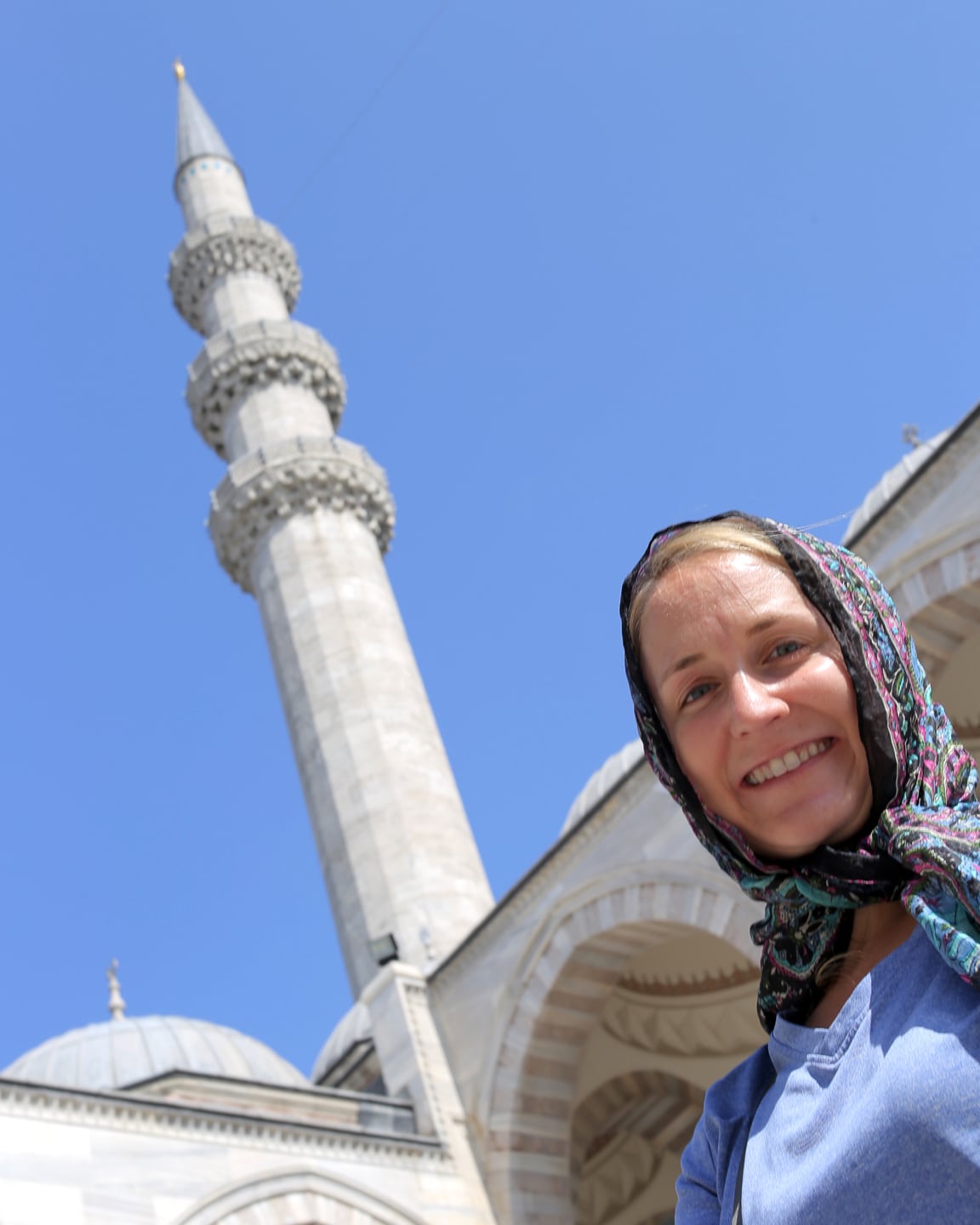 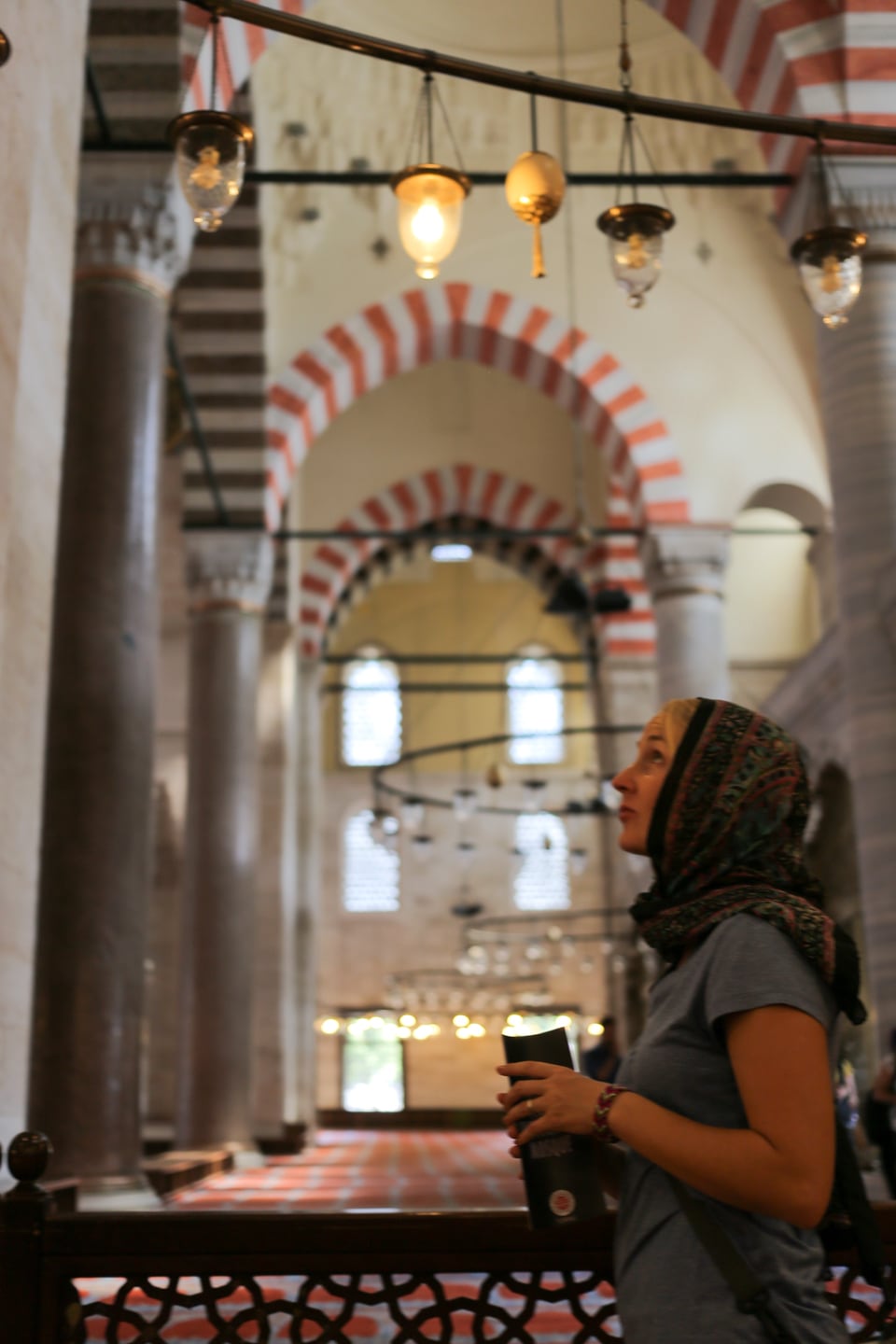 The interior is understated, yet still mind-blowing, a reflection of the genius of architect Mimar Sinan. There’s a lot of use of marble and tile, yet overall the design is simple, yet grand, and all shapes and colors are in harmony with one another. It has been lovingly restored in the past century and beautifully maintained. 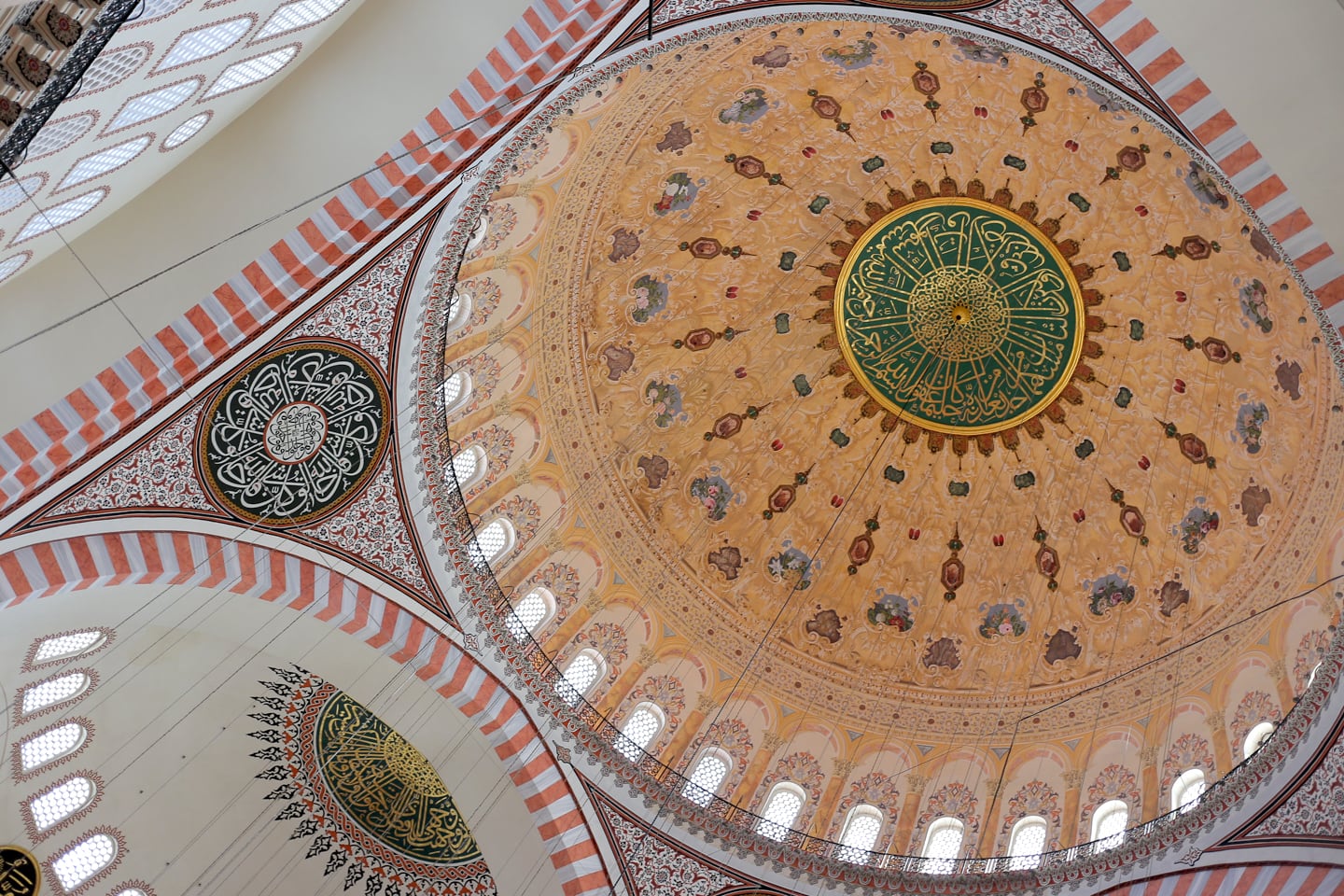 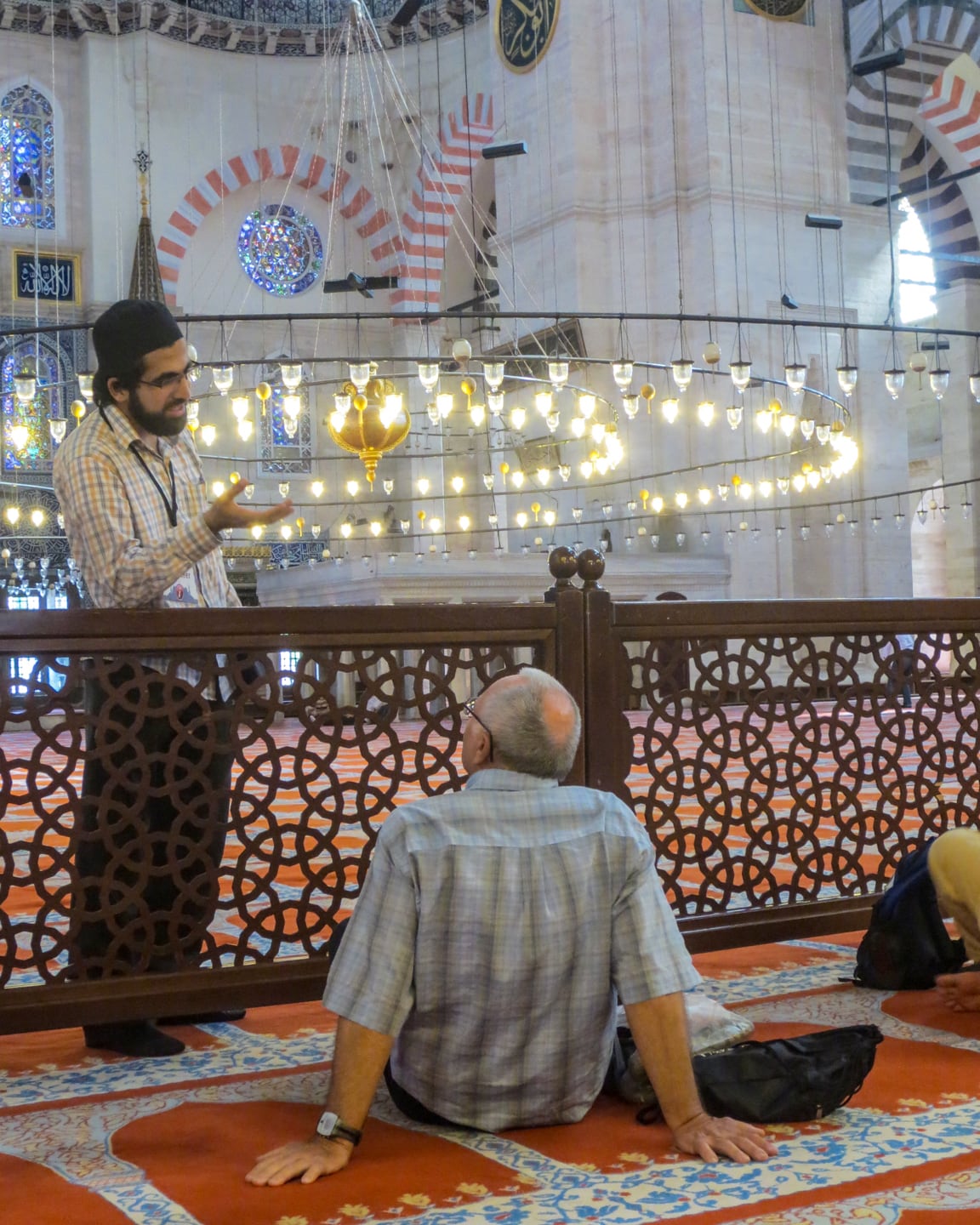 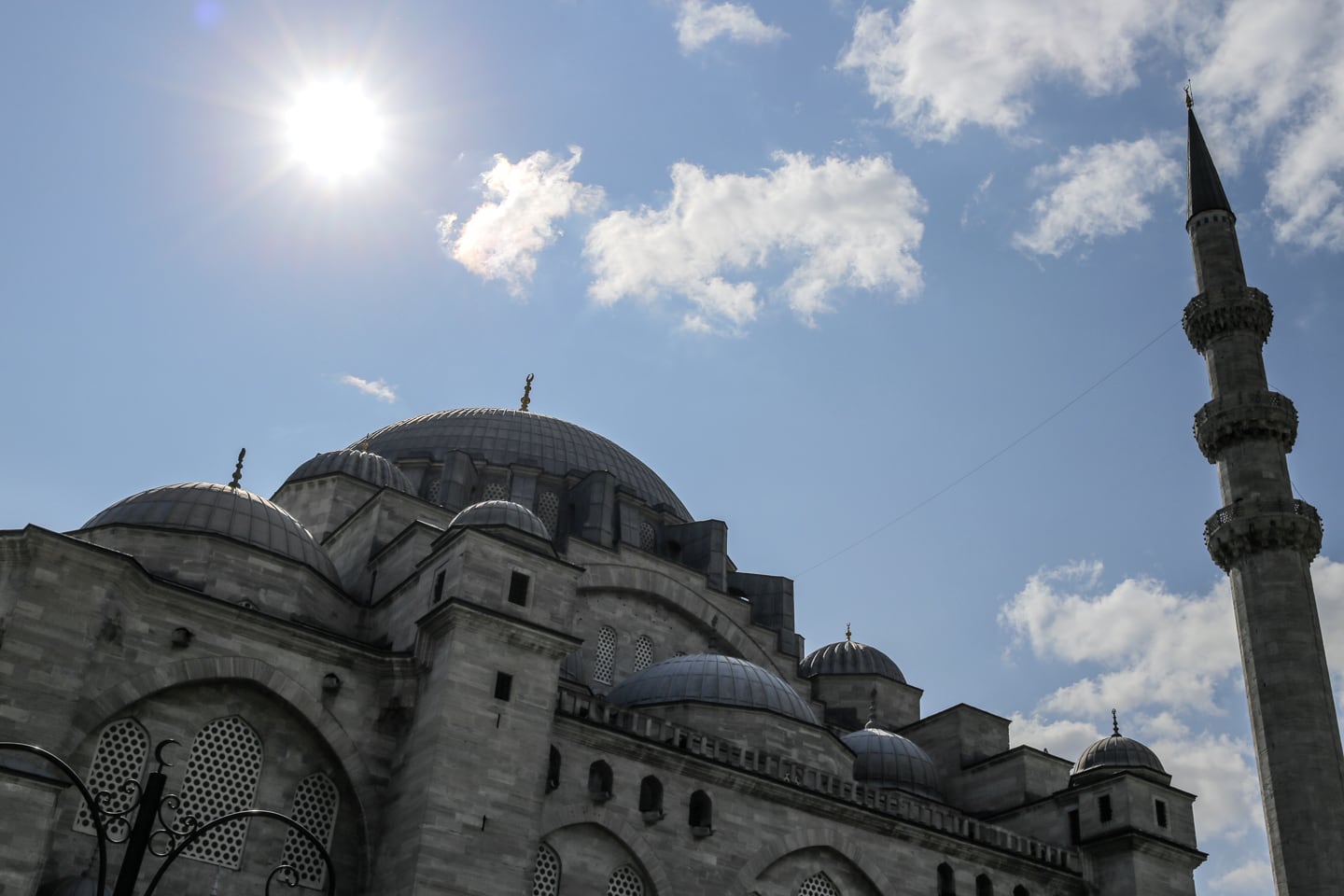 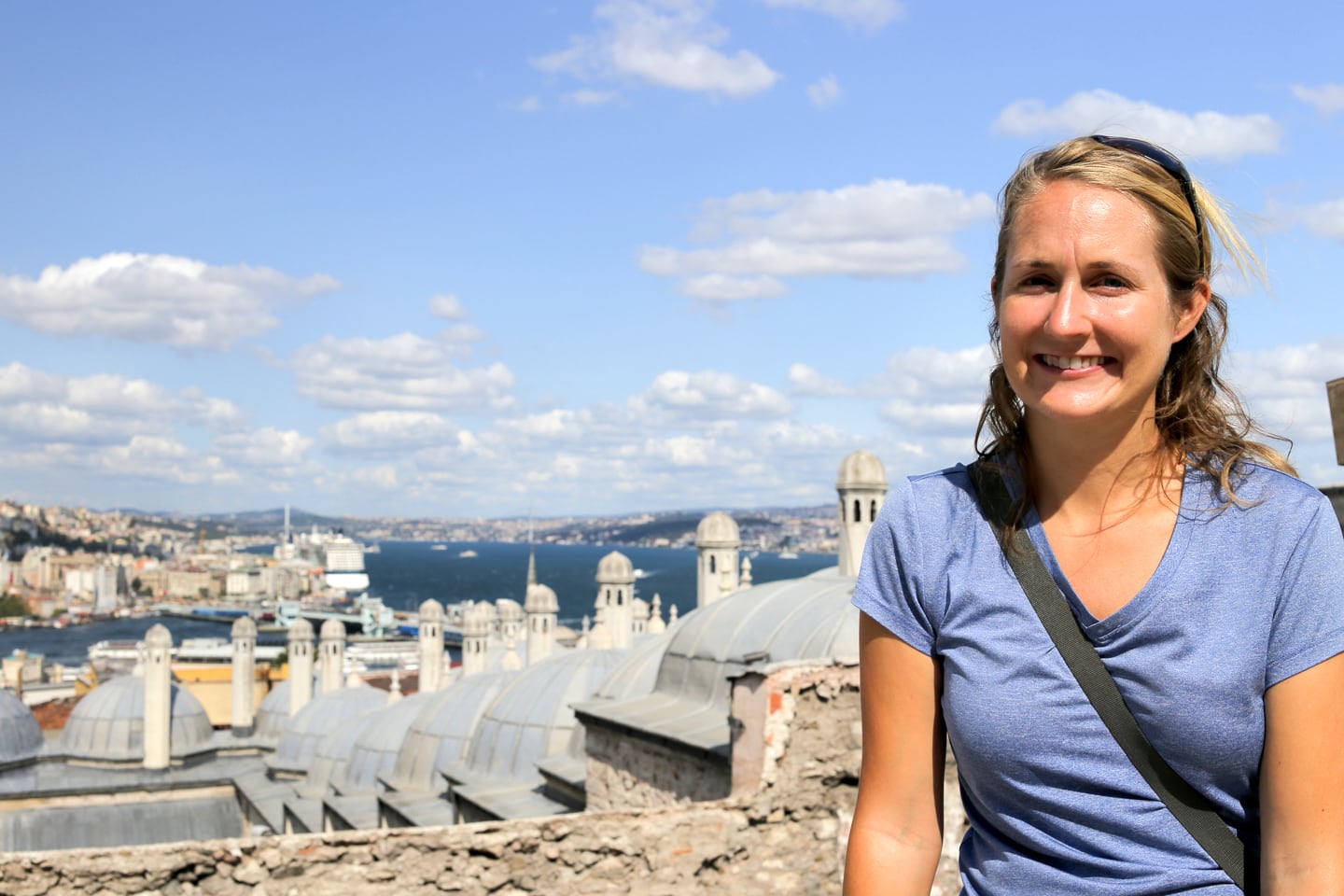 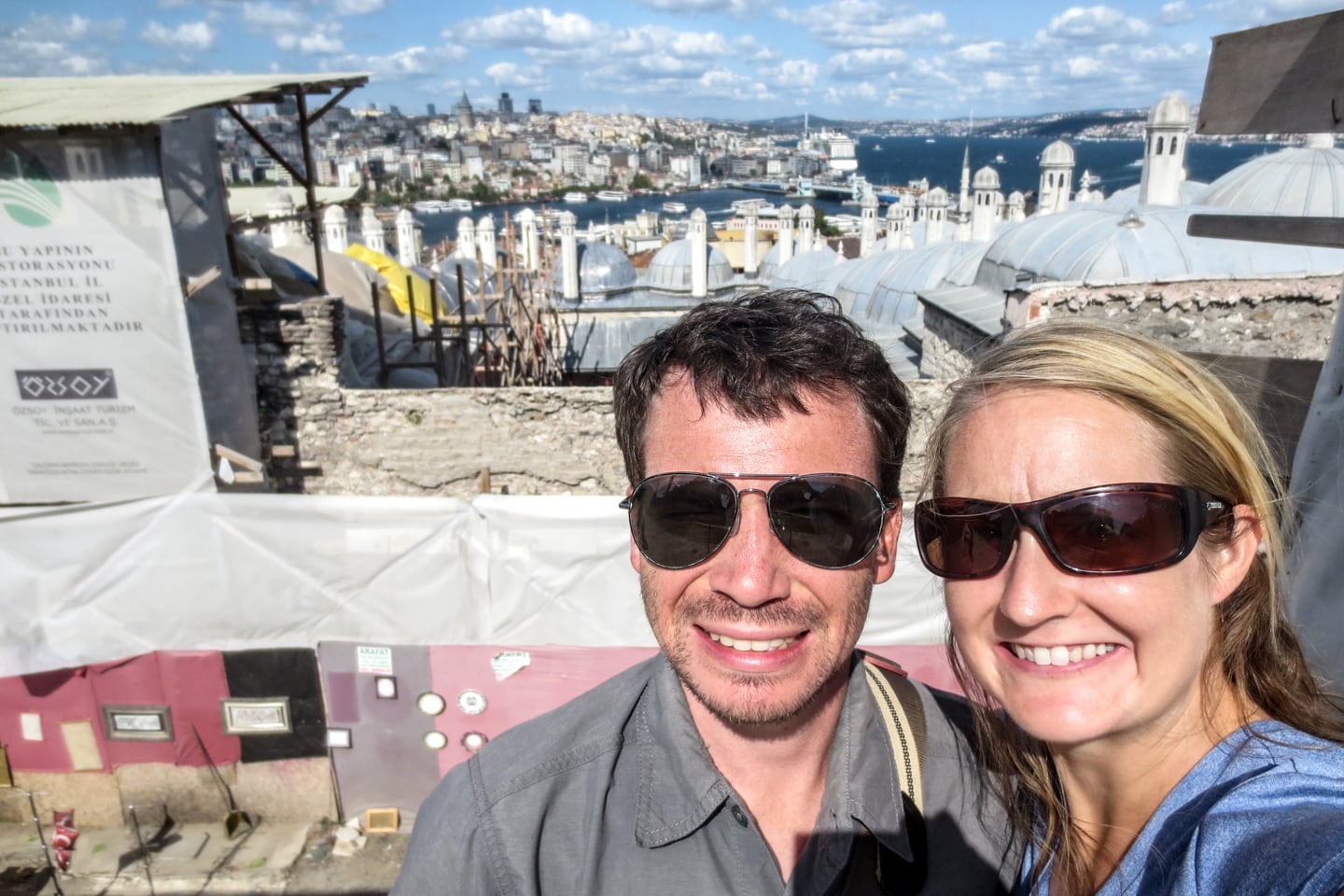 Next up, we have the New Mosque, which as you might expect, was built after Süleymaniye. One of the most striking things about the New Mosque might be its location in the city at the end of the Galata bridge in the center of Istanbul hubub. Still to this day, the New Mosque remains the center of this particular area of the city. 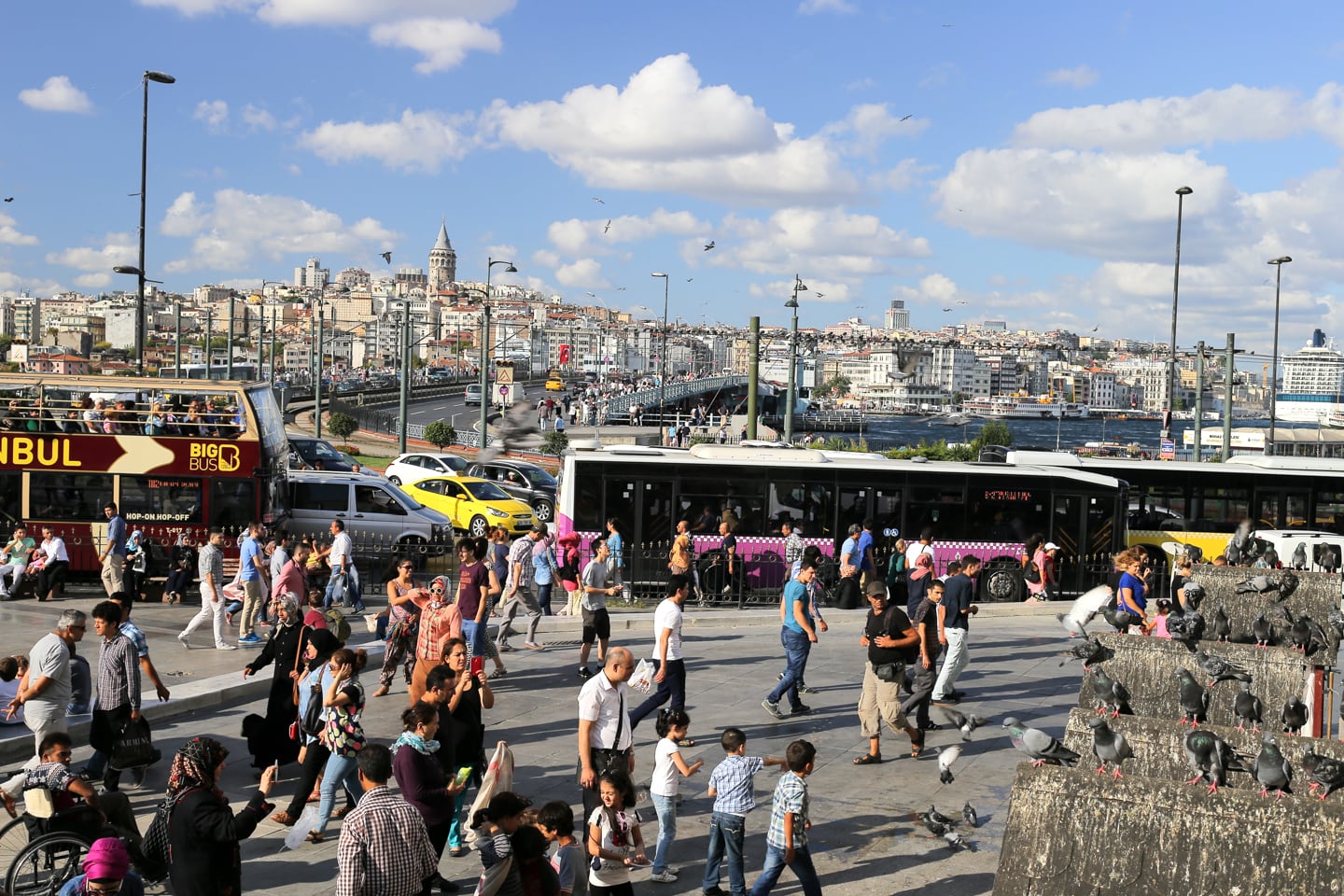 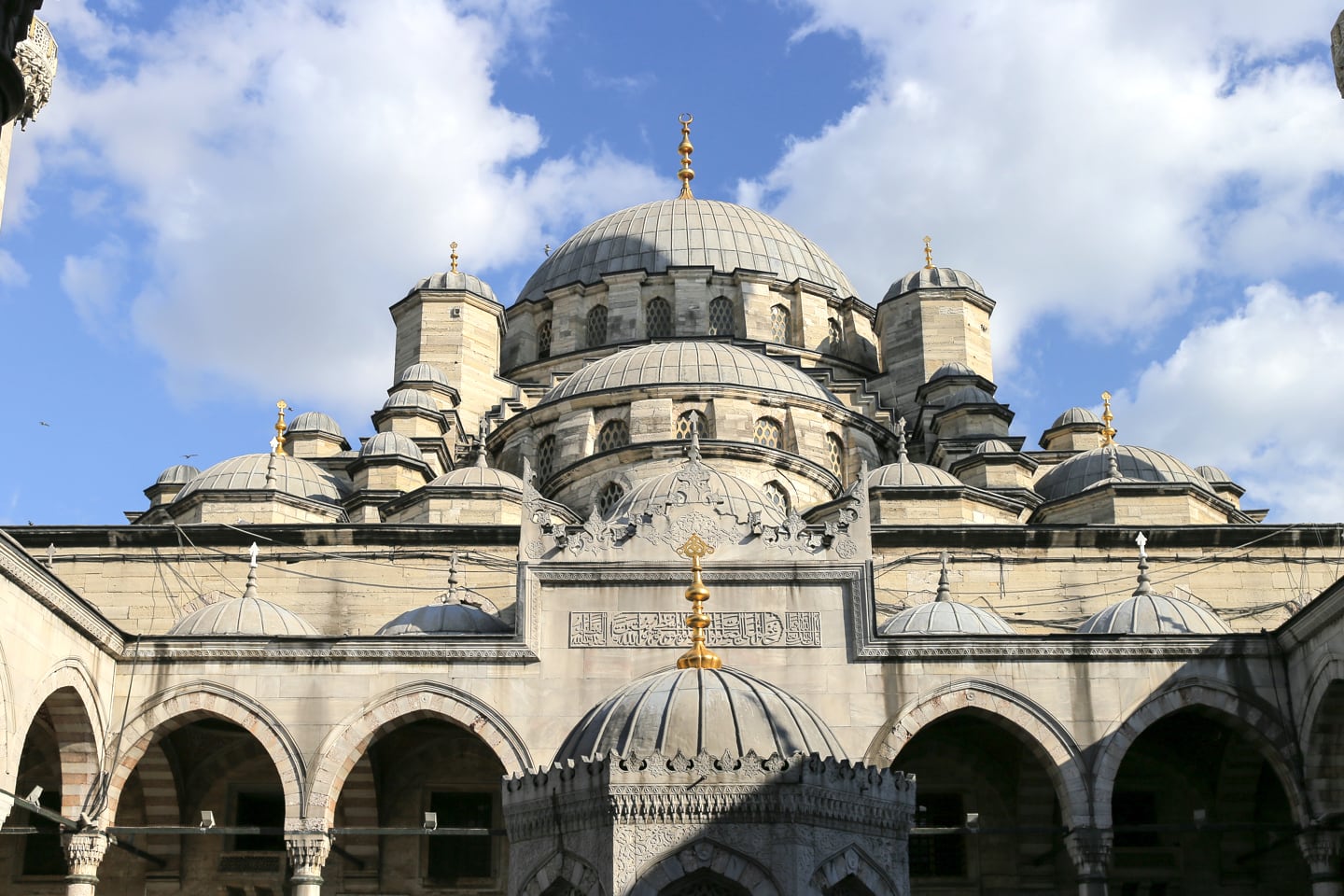 Much darker and more ornate than Süleymaniye, yet still quite a bit smaller, New Mosque still seems vast and airy inside, and is very much used as a regular house of worship for the neighborhood’s devout Muslims. 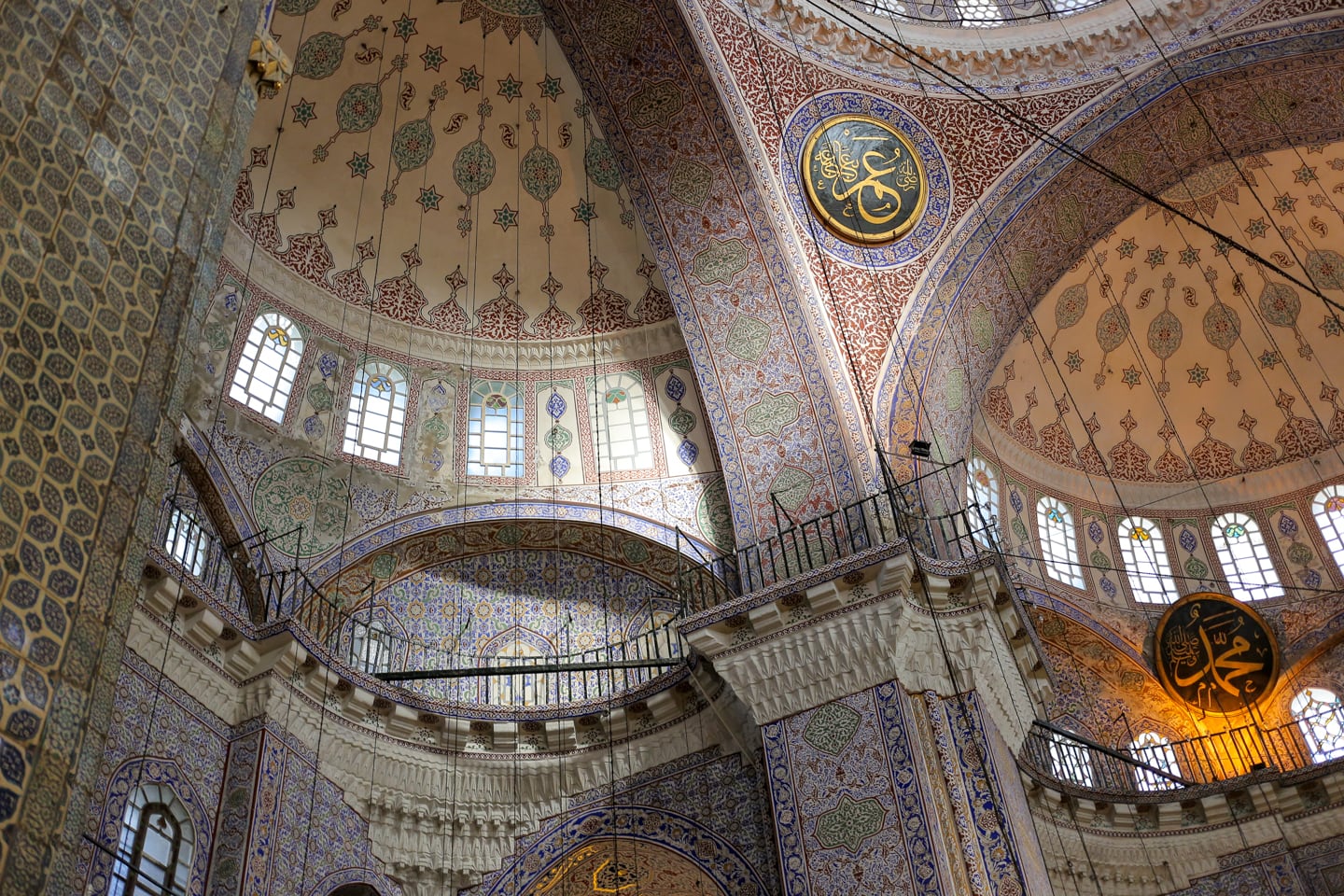 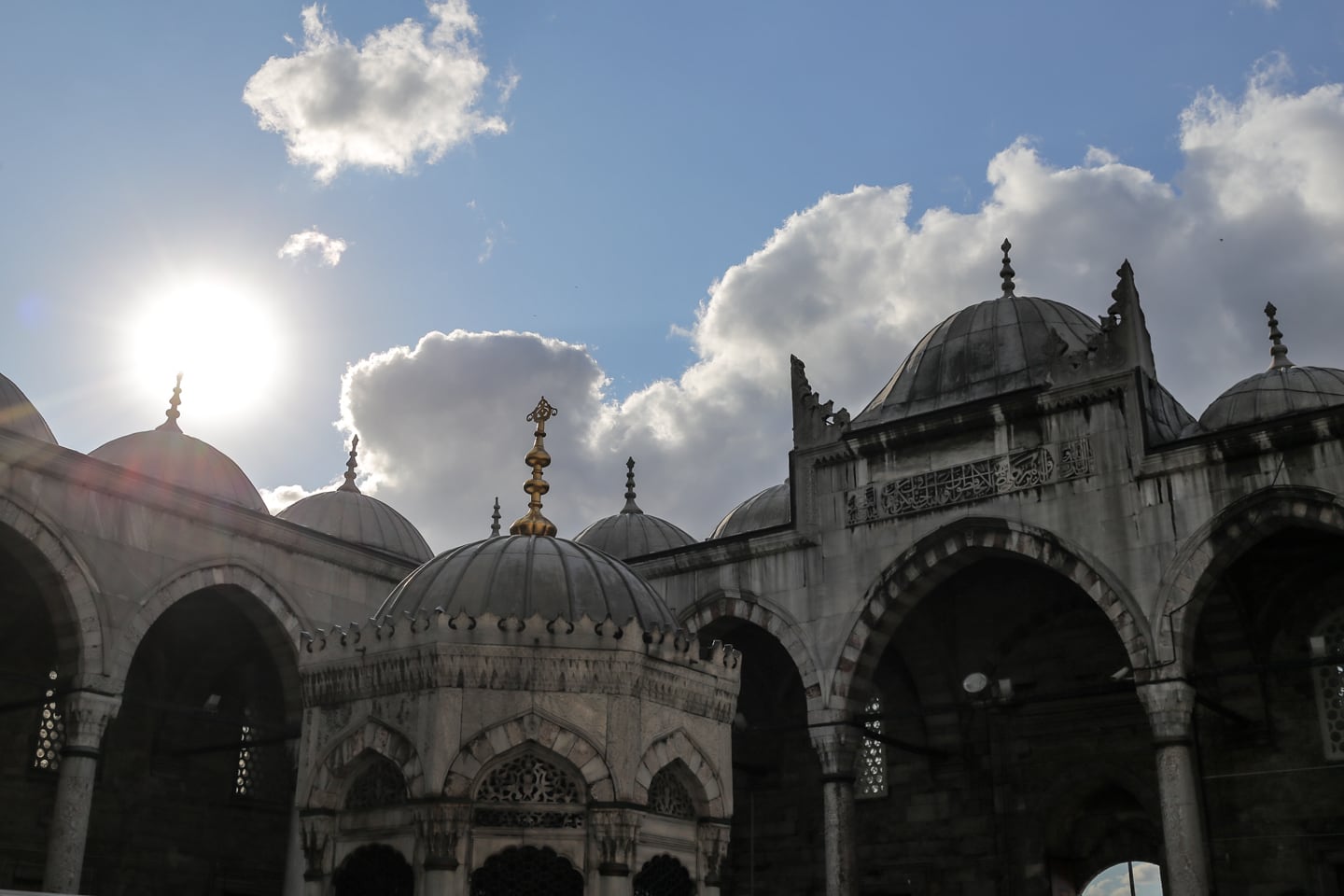 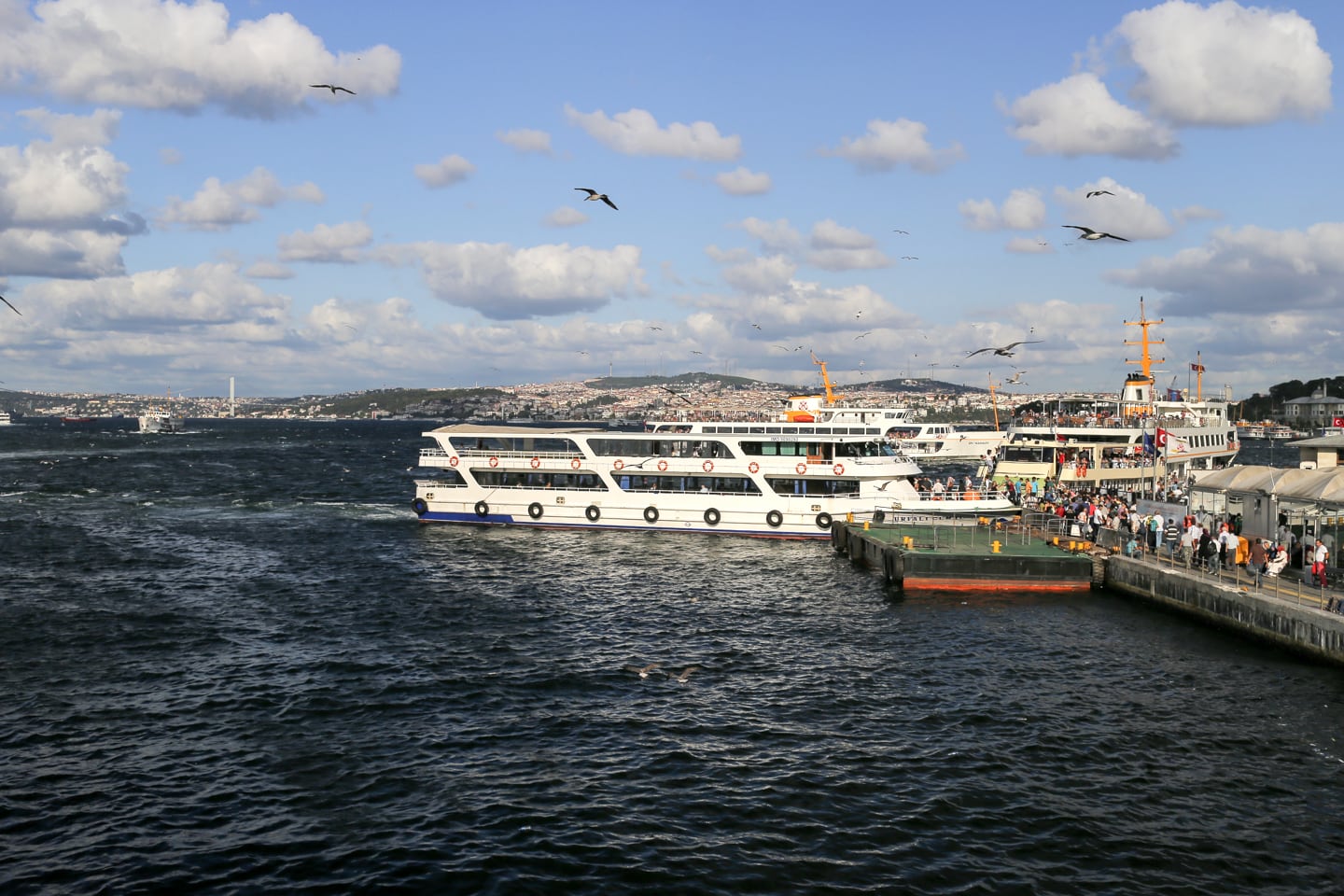 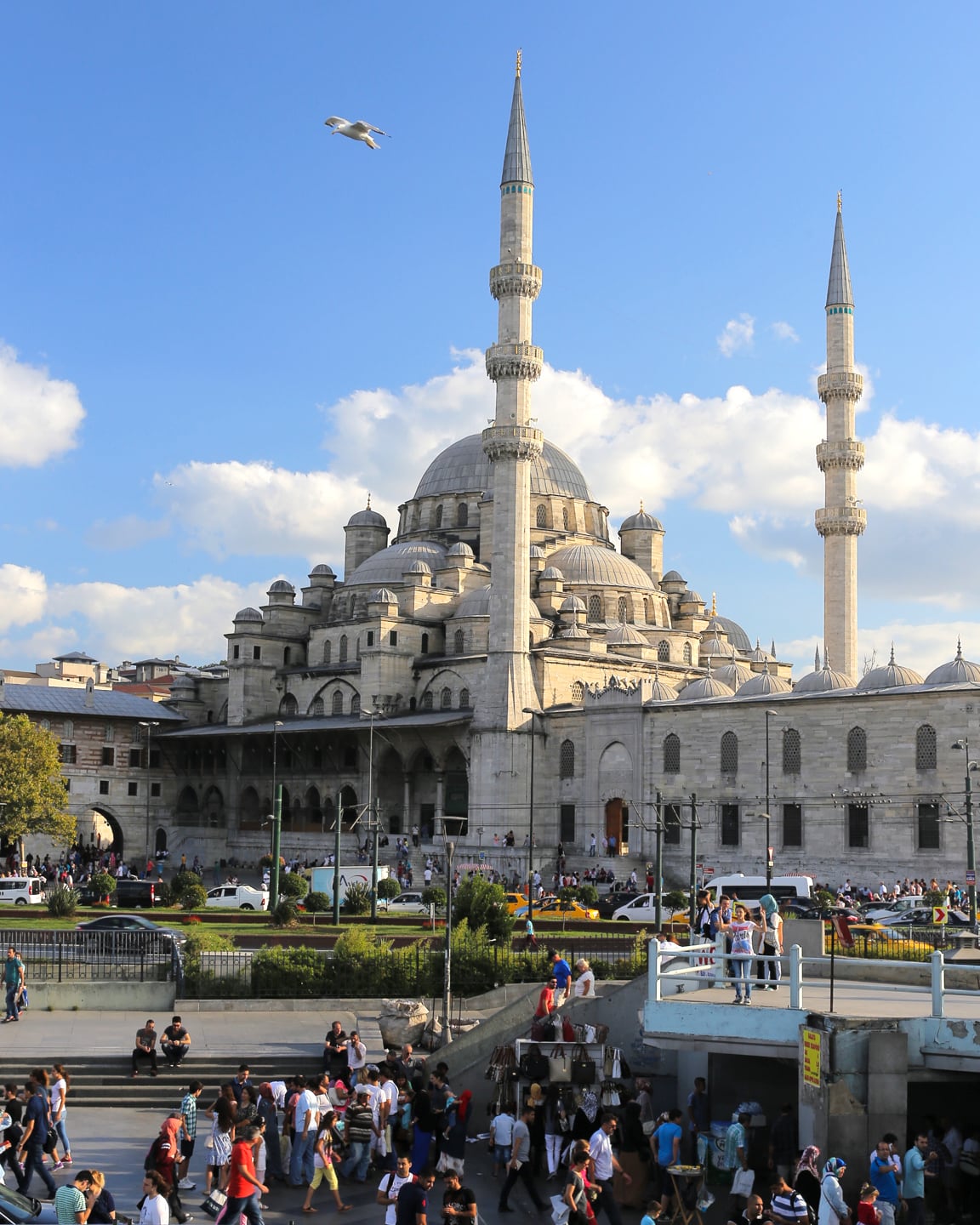 Gorgeous pictures you two! Thank you for sharing your wonderful journies with us!

Great travelogue-curious about your mode of transport around the city-by foot, taxi, bus?

Mostly on foot, but also a lot of public tram, which was cheap and easy to navigate.