A delicious Turkish breakfast, a tour through Topkapi Palace, an amble through the Grand Bazaar round out the morning of our second full day in Istanbul.

Our second full day includes too much to cover in a single post. We’ll start with fabulous Topkapi Palace and the Grand Bazaar and see where that gets us.

But first, some breakfast. 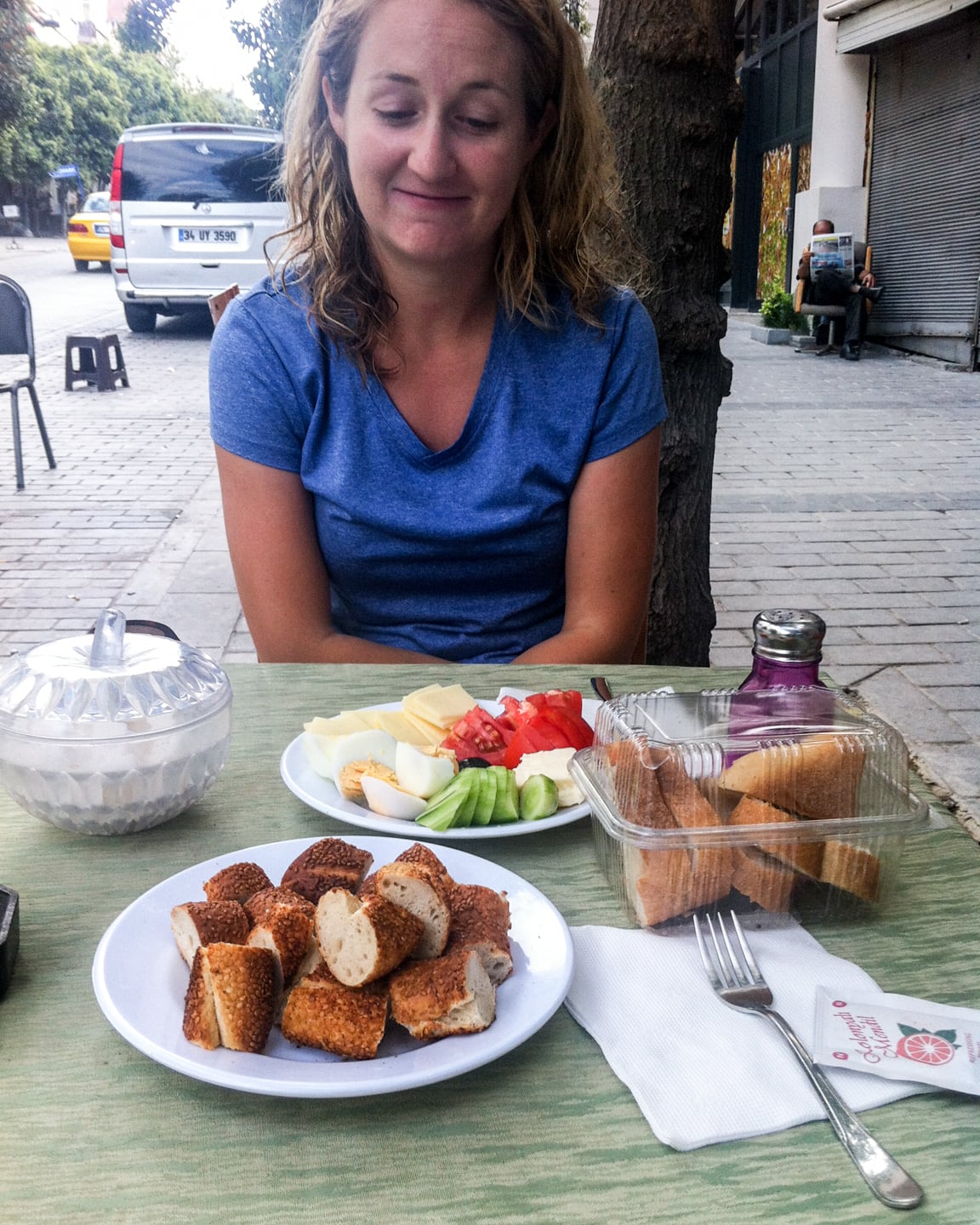 When in Turkey, how about a Turkish Breakfast? Not feeling completely satisfied with our first morning’s choice, we head down the street to a more local looking joint promising full Turkish Breakfast for pennies.

It’s the kind of hole-in-the-wall place that always seems busy (i.e. frequented by unemployed Turkish men chain-smoking and chain-sipping Turkish tea) and has pictures of all of it’s offerings on the wall outside. Lori had spotted it the day before and was intrigued. When we arrived, the owner was passed out inside behind the counter.

We ordered up a Turkish Breakfast, bagel, and two Turkish teas. All were rushed out to our curbside table (accompanied by fresh bread) in minutes. The owner — now fully awake — was as friendly and smiley as he was rotund (i.e. very!) and the breakfast was delicious — two different flavorful cheeses, salami, cucumber, tomato, egg and kalamata olives.

We liked it so much in fact that we made it a point to go back the next three mornings! One day he even randomly served us a full-on omelette in lieu of the hard boiled egg. Other days when we’d arrive and the tables were full, he’d chase away a bunch of guys sitting around a table chatting and smoking. Now that’s service!

And the best part is that, in line with Turkish custom for a place this informal, we didn’t even tip at the place and he still treated us so well (however, we did make it a point to leave a little something extra on our final morning to show our appreciation). 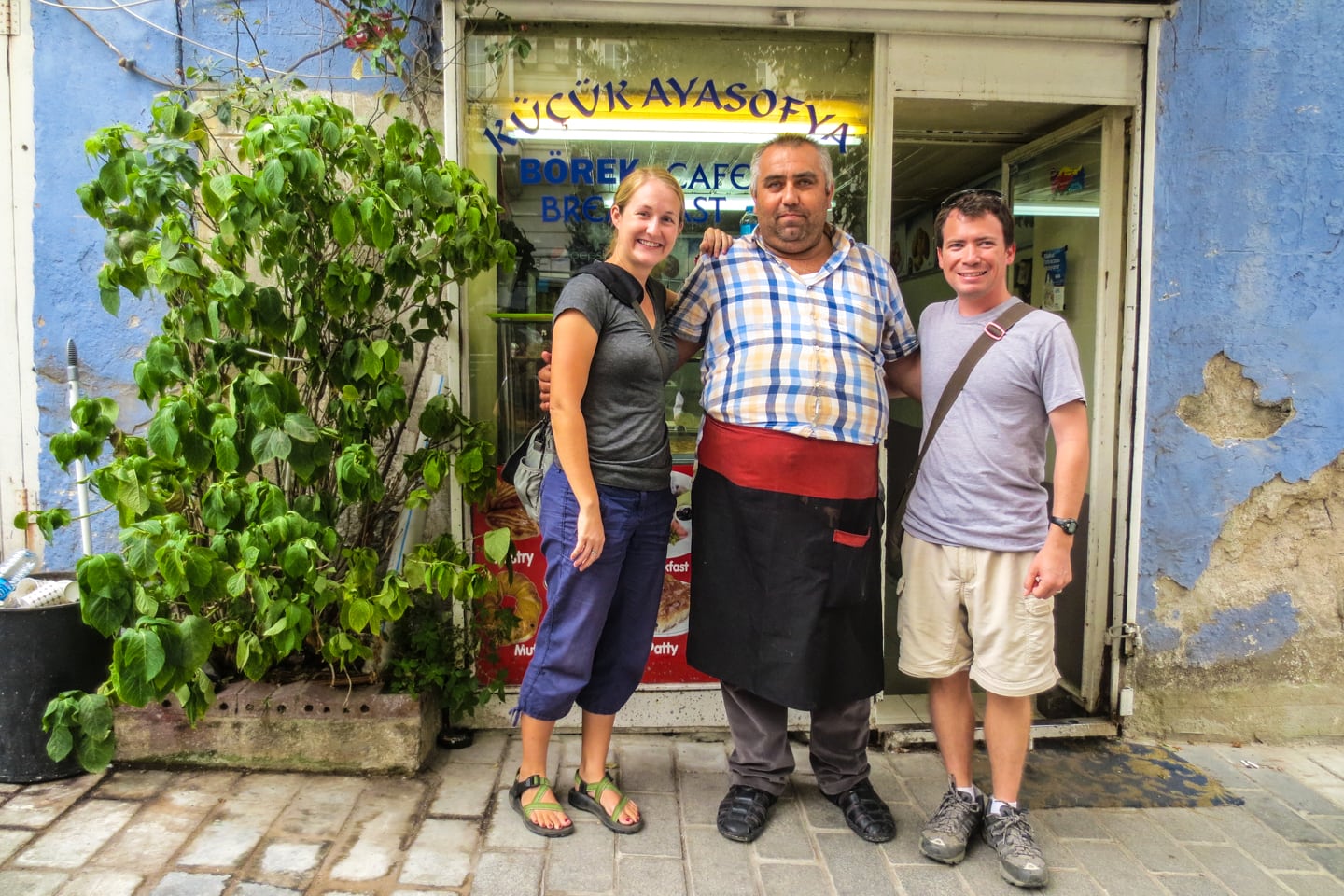 Anyone who stays in the Sultanahmet area of Istanbul (or even if you don’t), we’d very highly recommend grabbing breakfast here:

Küçük Ayasofia Börek Cafe on the road by the same name (Küçük Ayasofia Cad.) just down the hill from Antique Hippodrome Apartments. 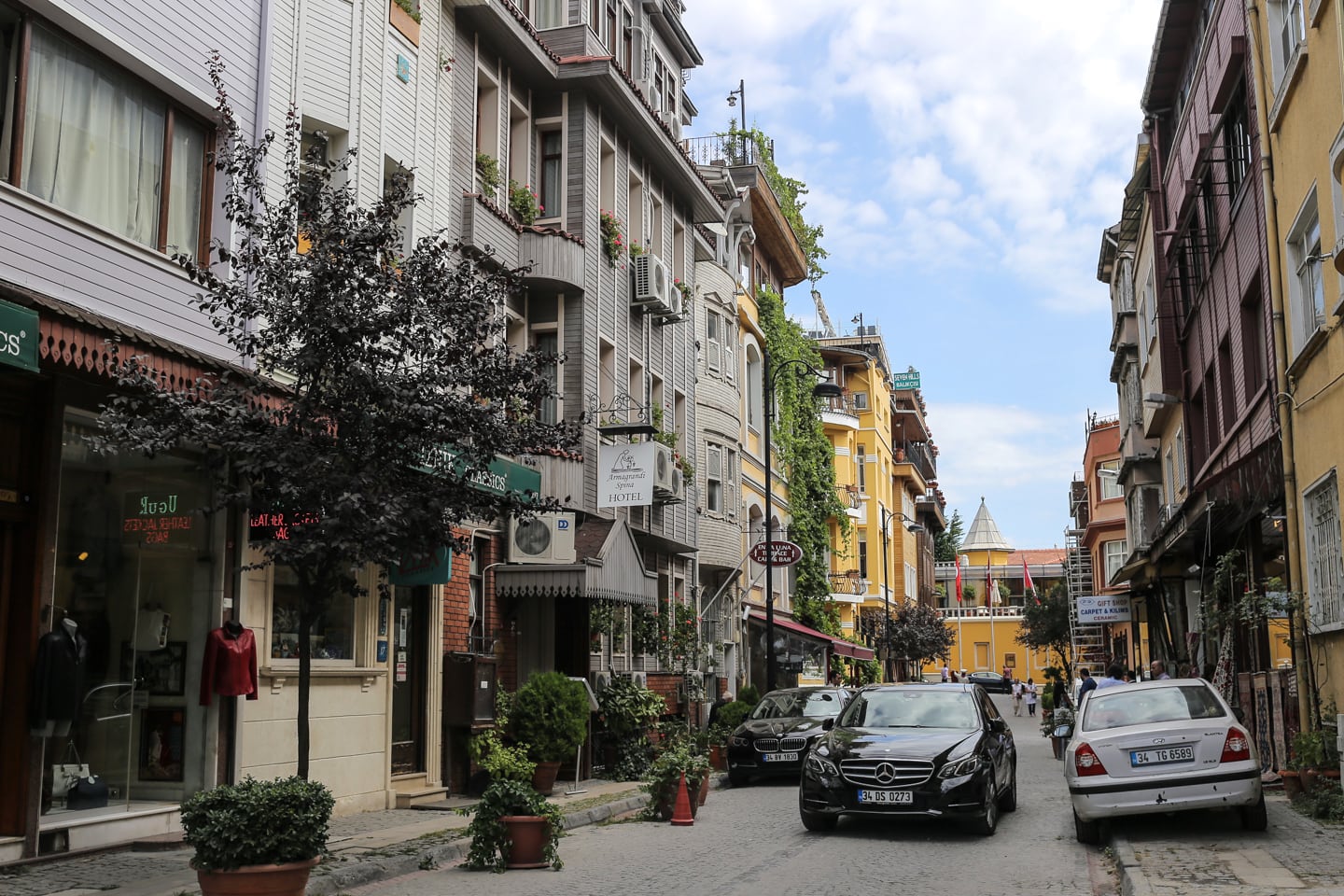 After breakfast, we turned around and headed uphill, past our guesthouse, through the Arasta Bazaar and around this cute little area… 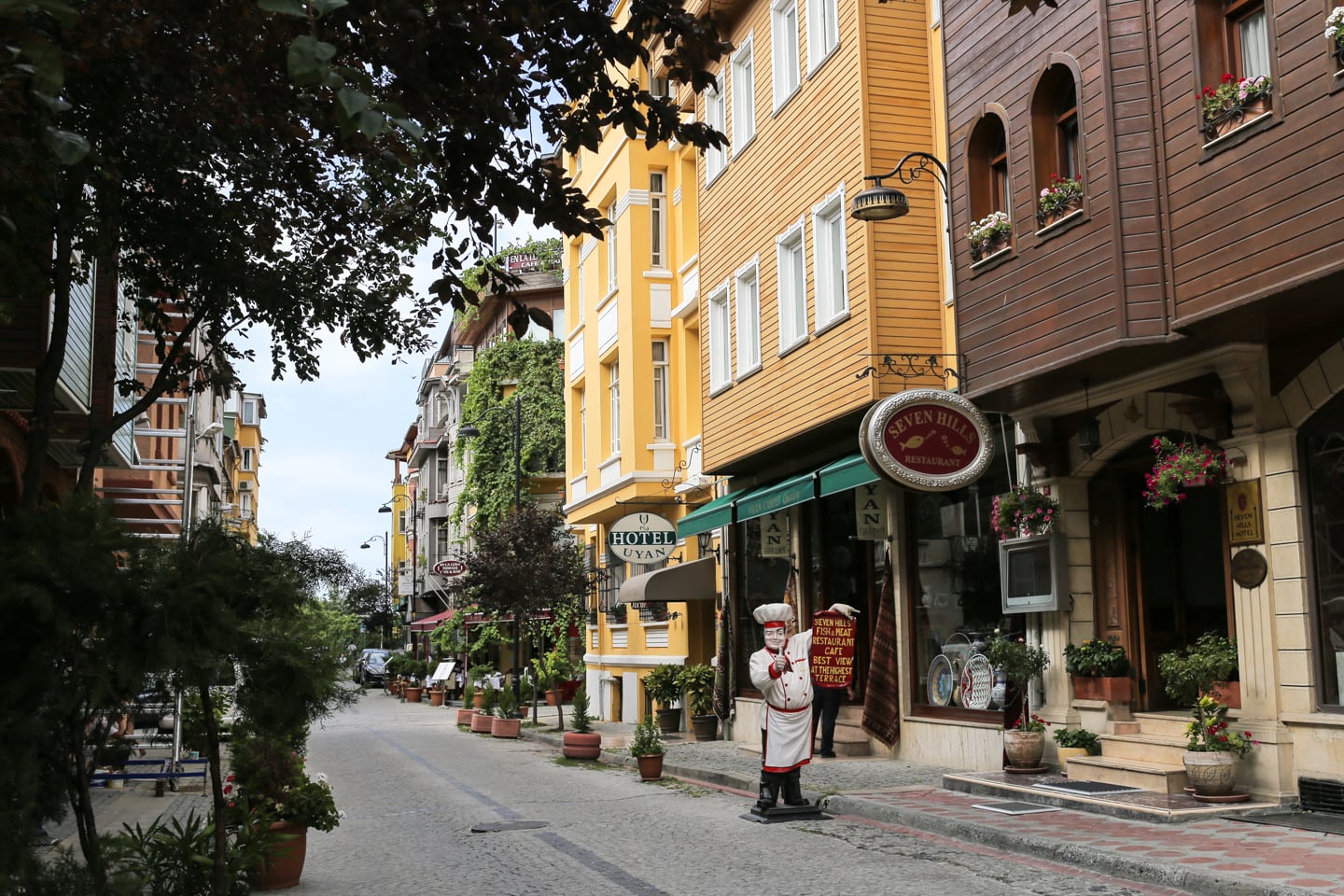 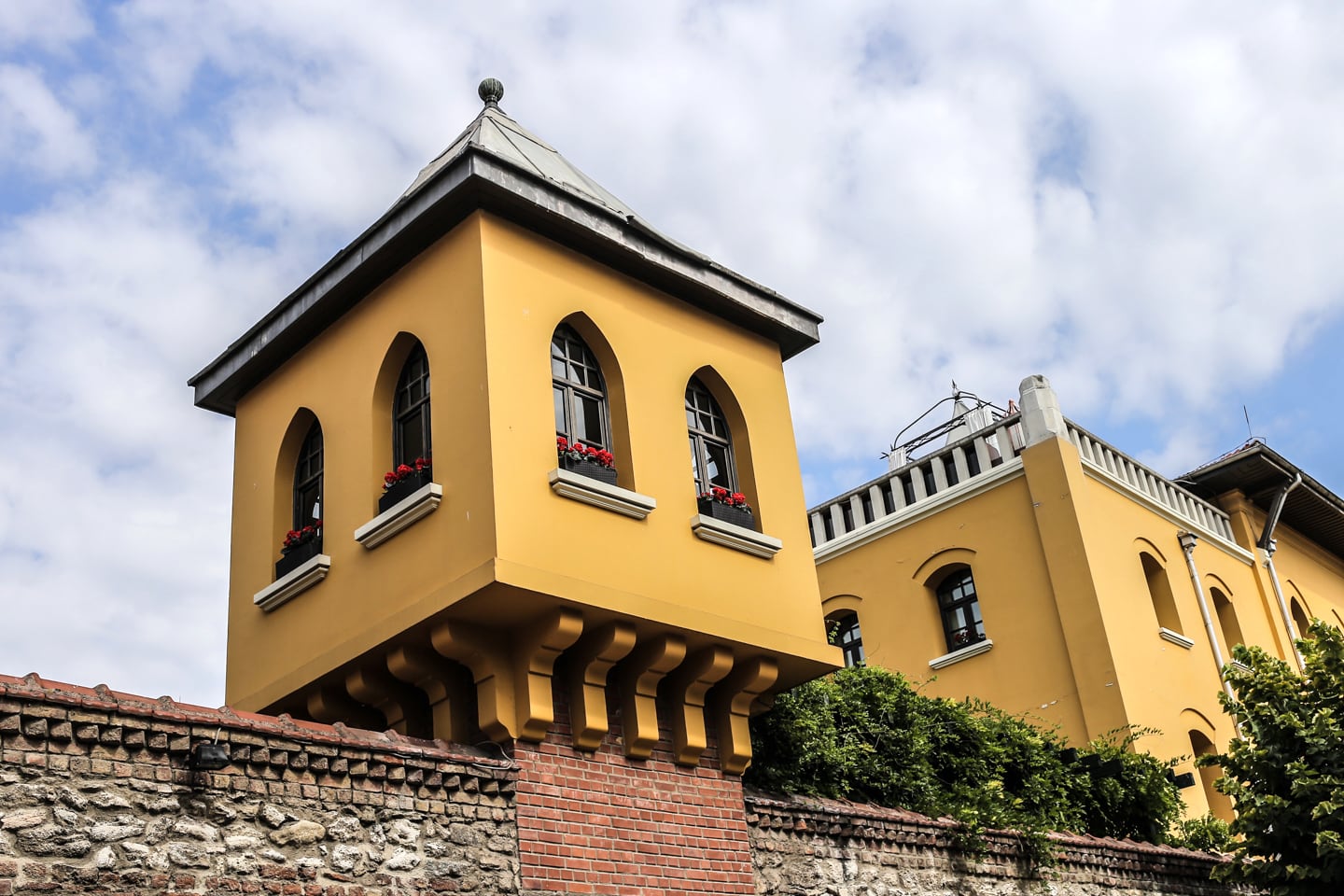 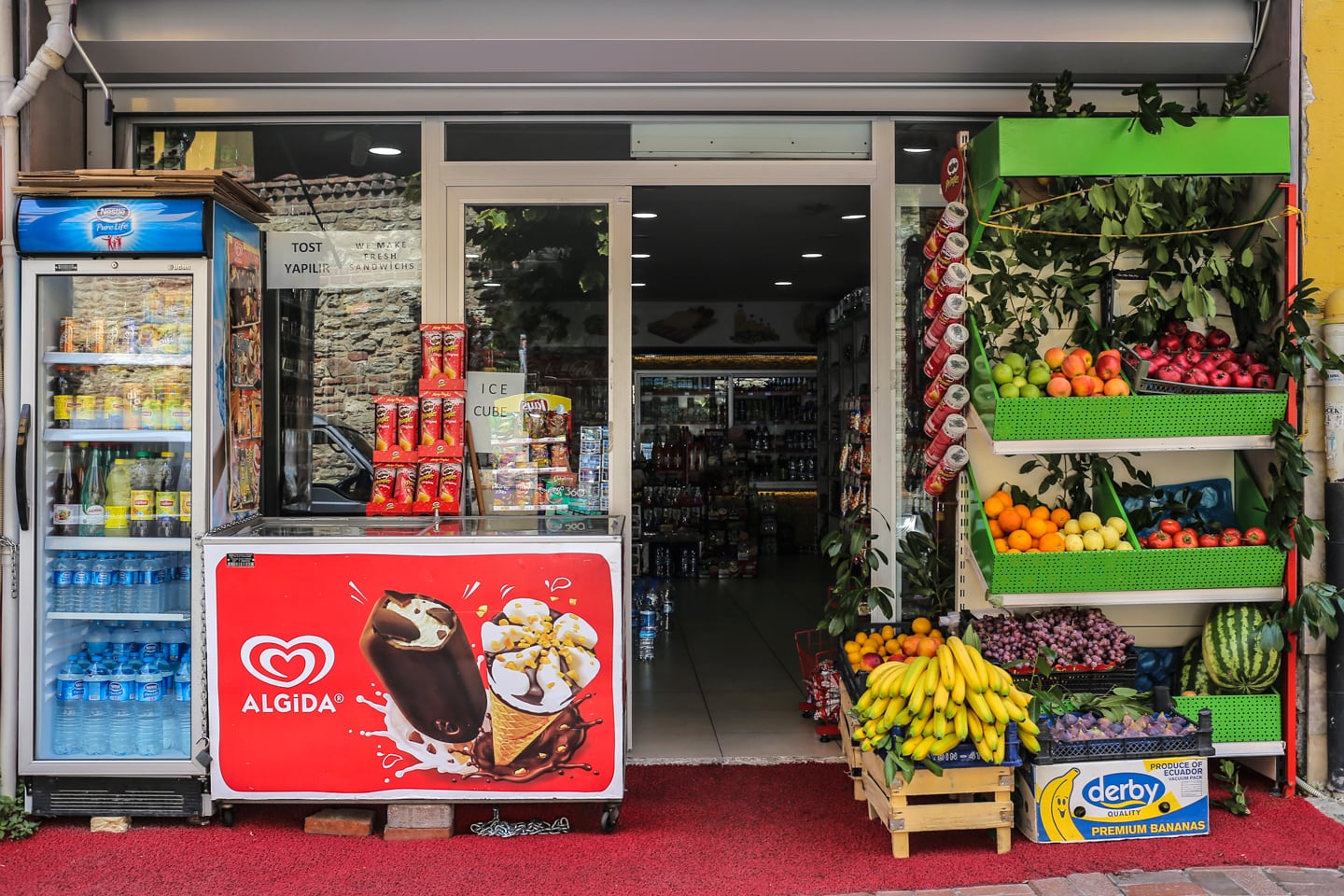 …until we got to our first destination of the day: Topkapi Palace… 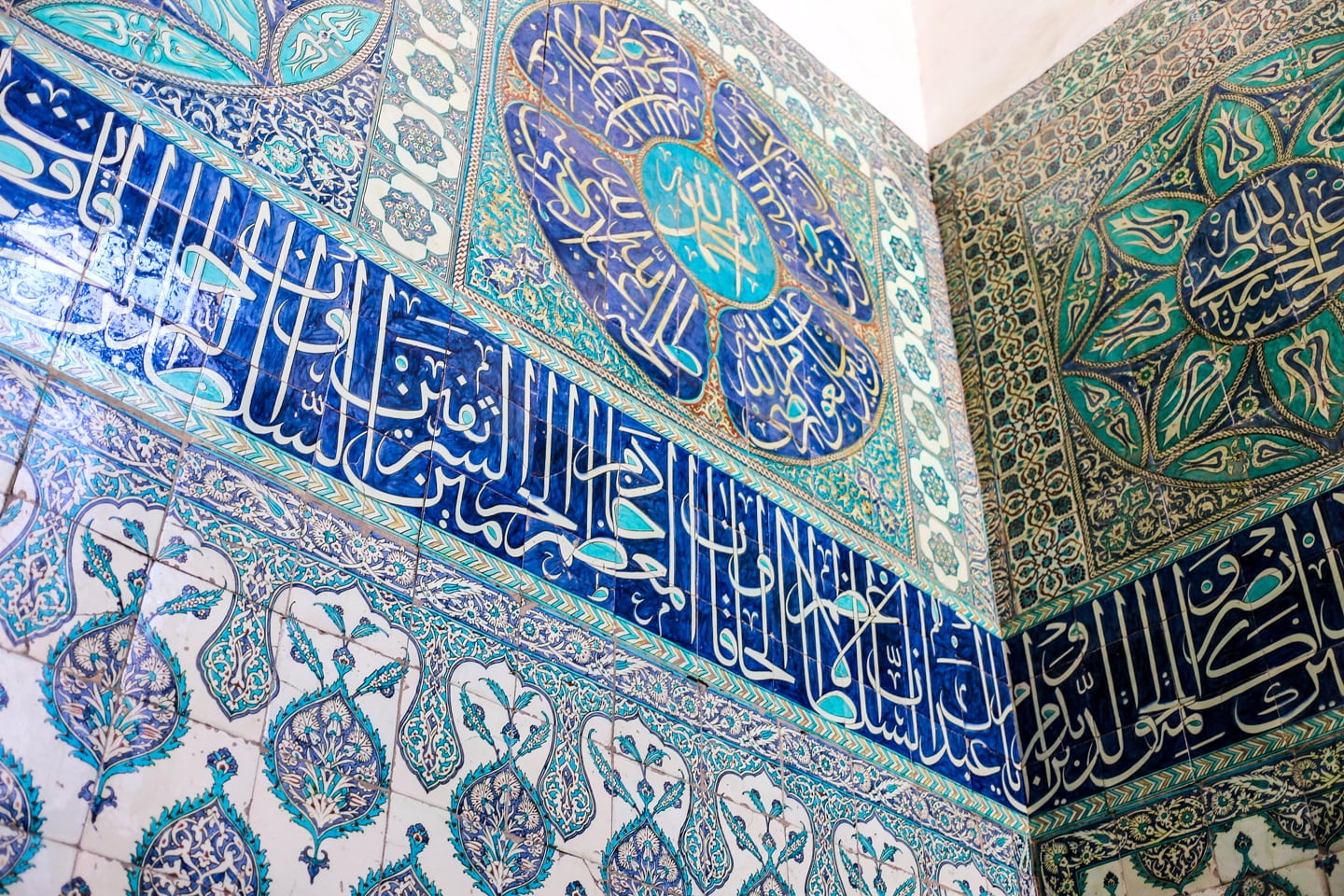 …which of course was swarming with tourists. It is, after all, a major stop on the long convoys of tourist buses ferrying tourists to and fro. Hagia Sophia! Blue Mosque! Topkapi! REPEAT!

Granted, these are all fantastic sights, and definitely worth seeing, but in a city of 14 million (and over 2,000 square miles!) there’s certainly much more to the city to see than these three sights which happen to all be within a couple hundred meters of each other. 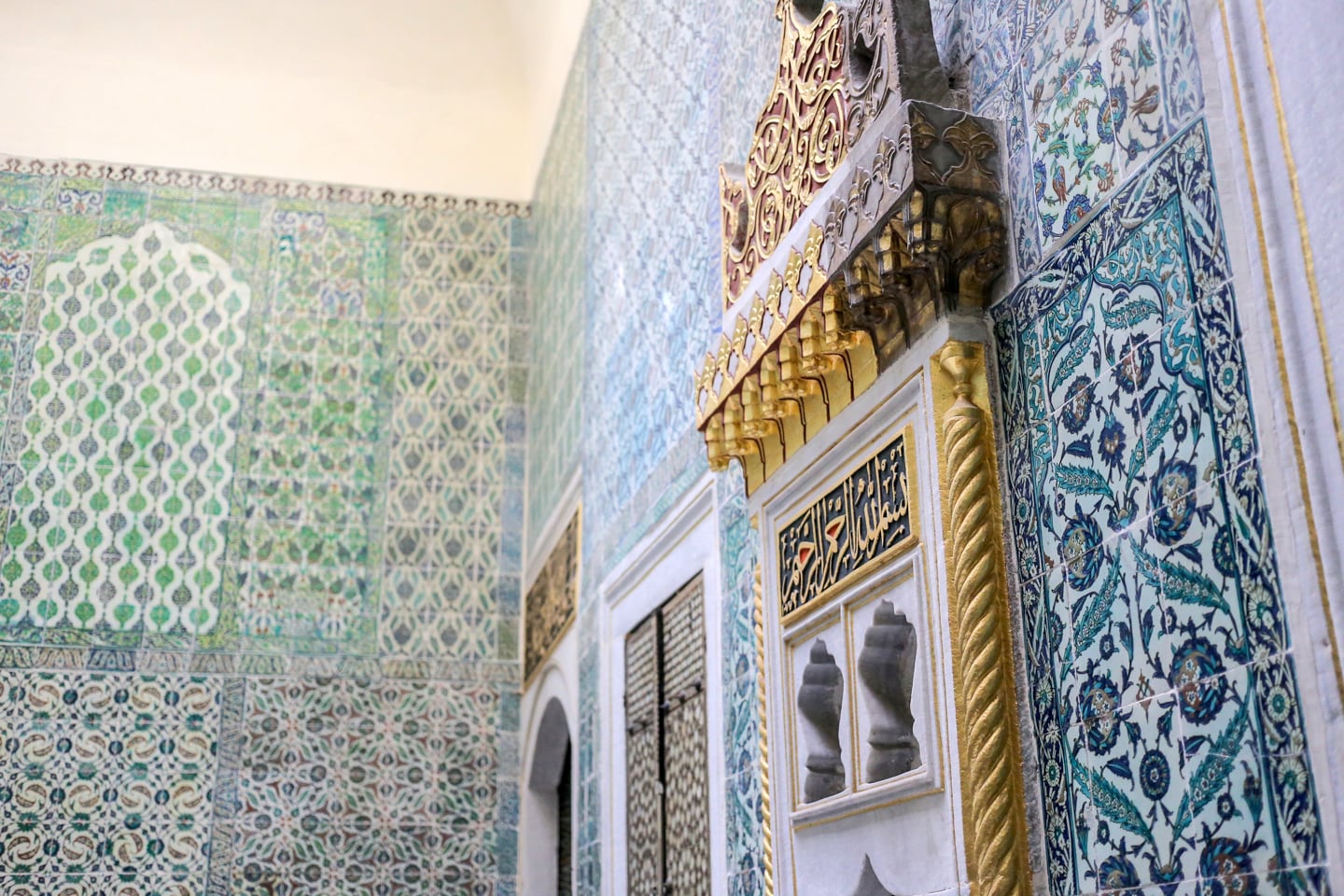 Topkapi Palace was quite fab, indeed. Took us back to some of the great palaces of Rajasthan (India). Topkapi was the primary residence for the Ottoman sultans up until the mid-1800s when Sultan Abdul Mecid I tired of the so-15th-century dwelling, opting to relocate farther up the Bosphorus where he could let loose his Baroque, Rococo and Neoclassical flair. 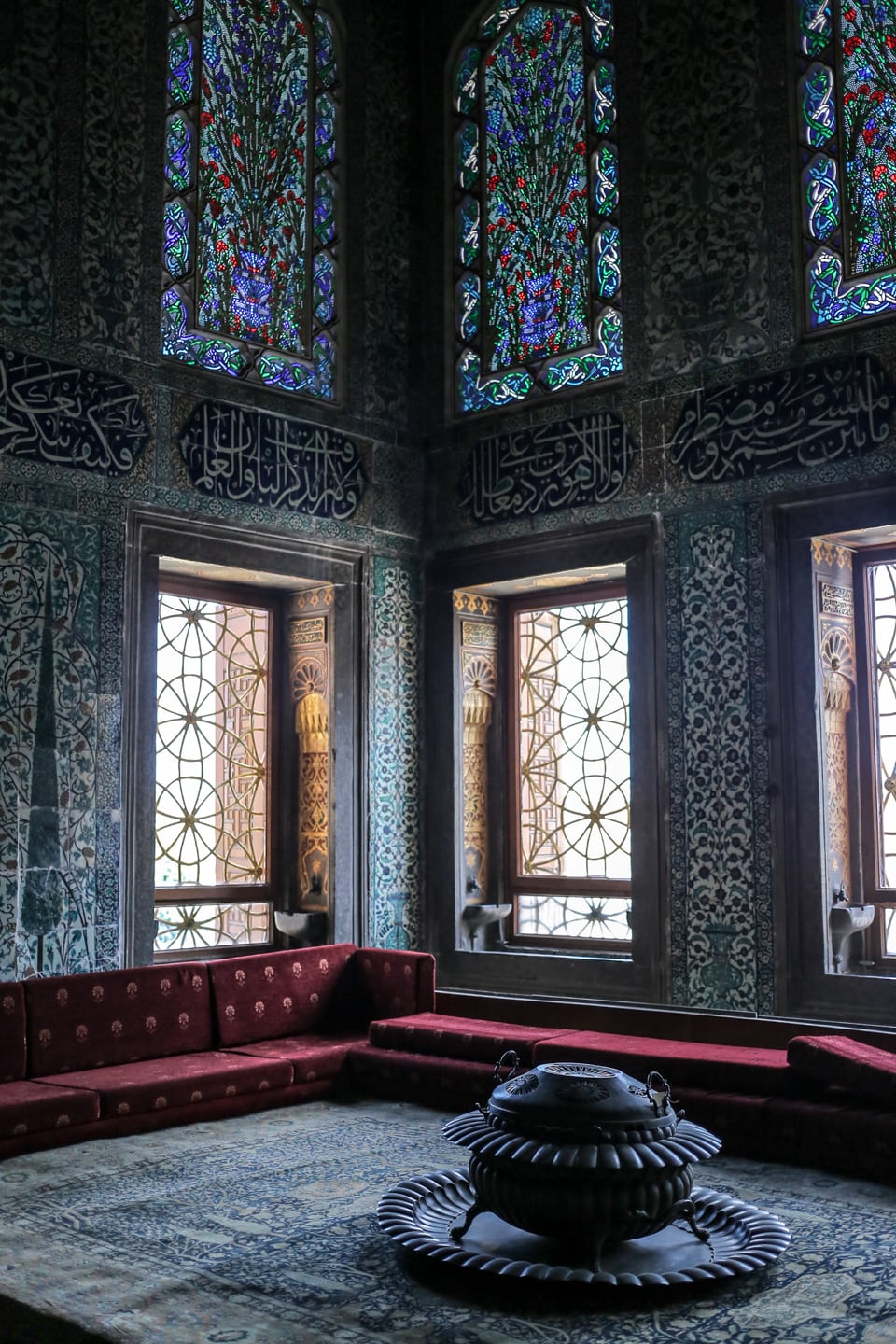 The Sultan’s swag was definitely evident in rooms such as his inner VIP chamber and Harem. Anything to impress the ladies, I guess. 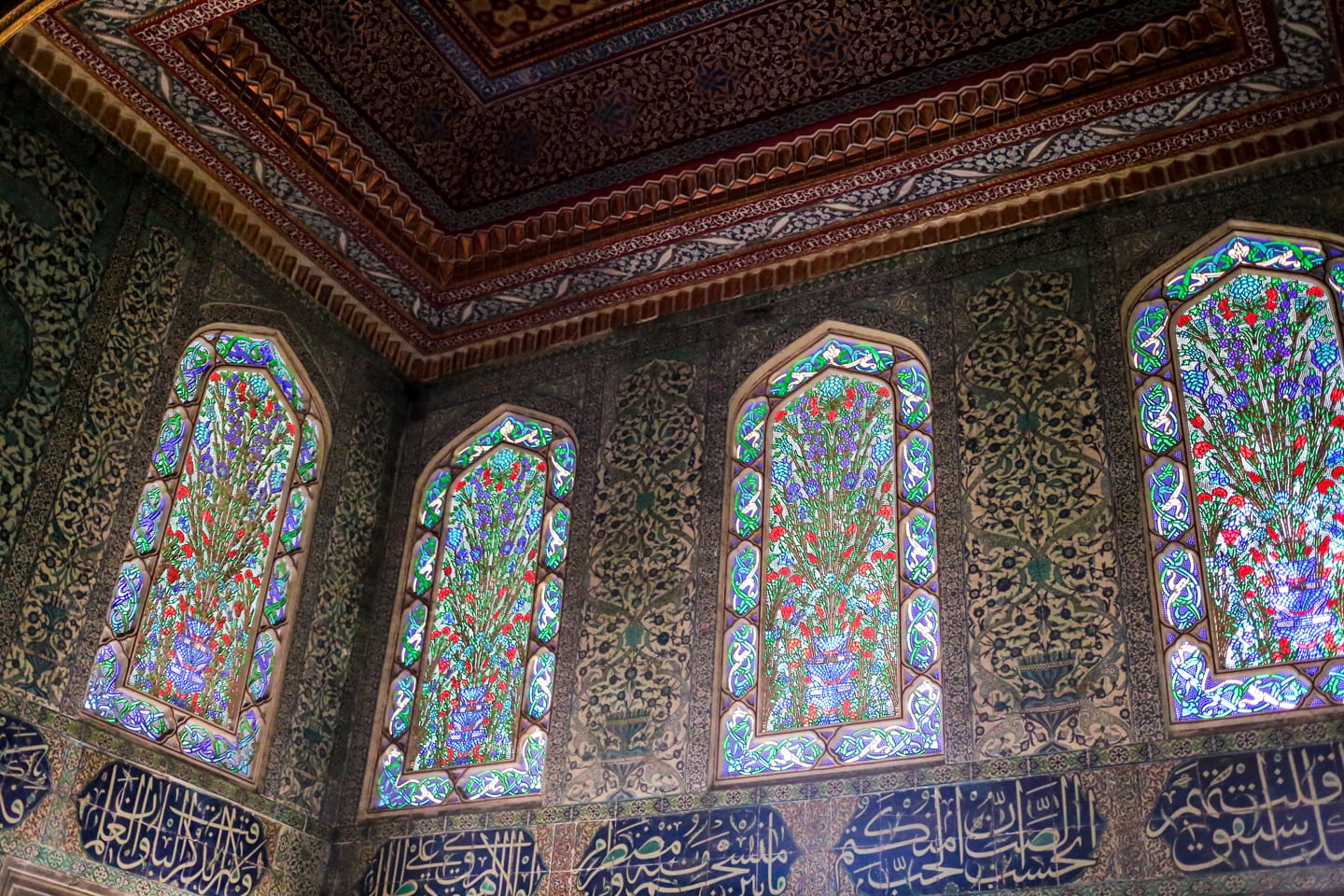 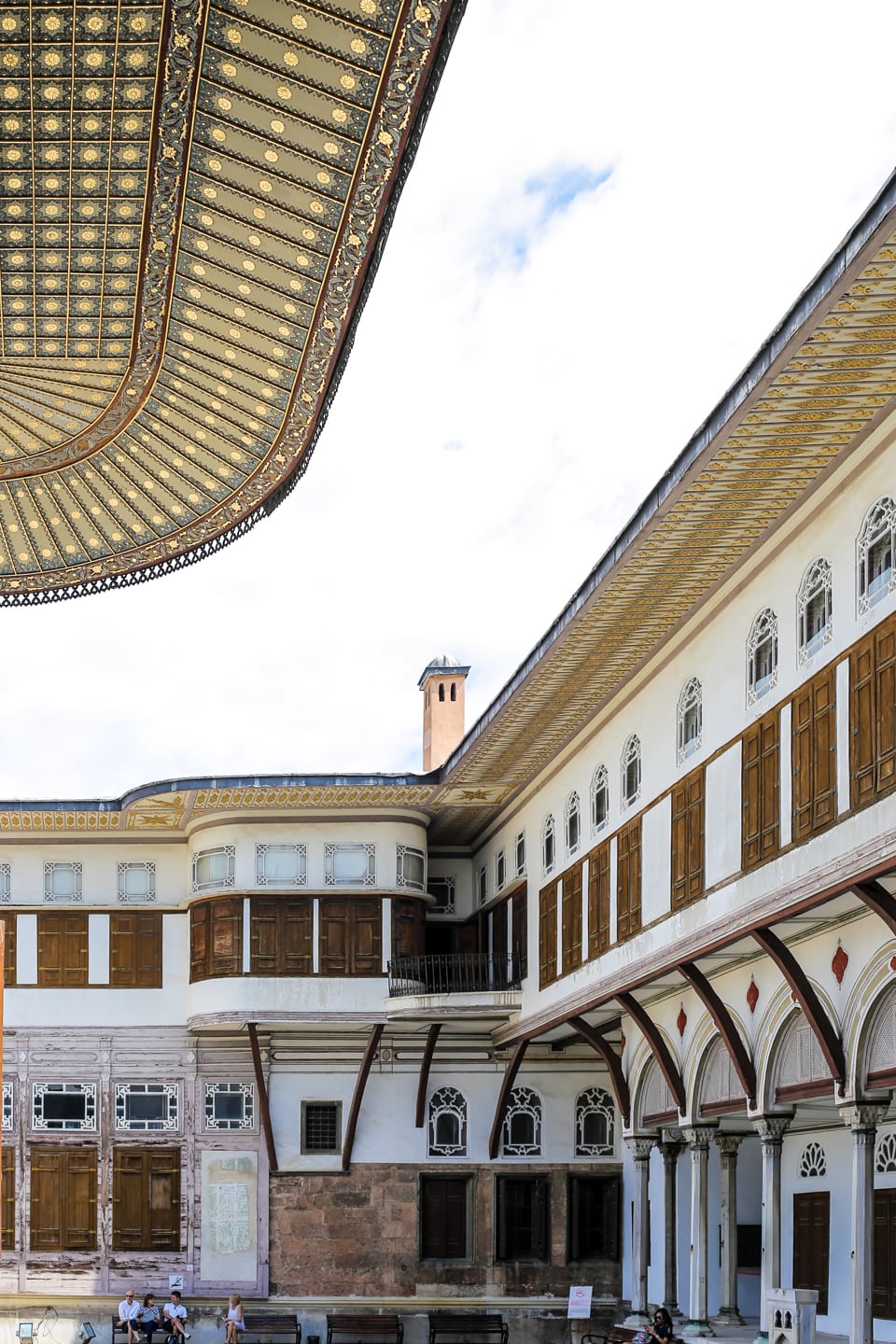 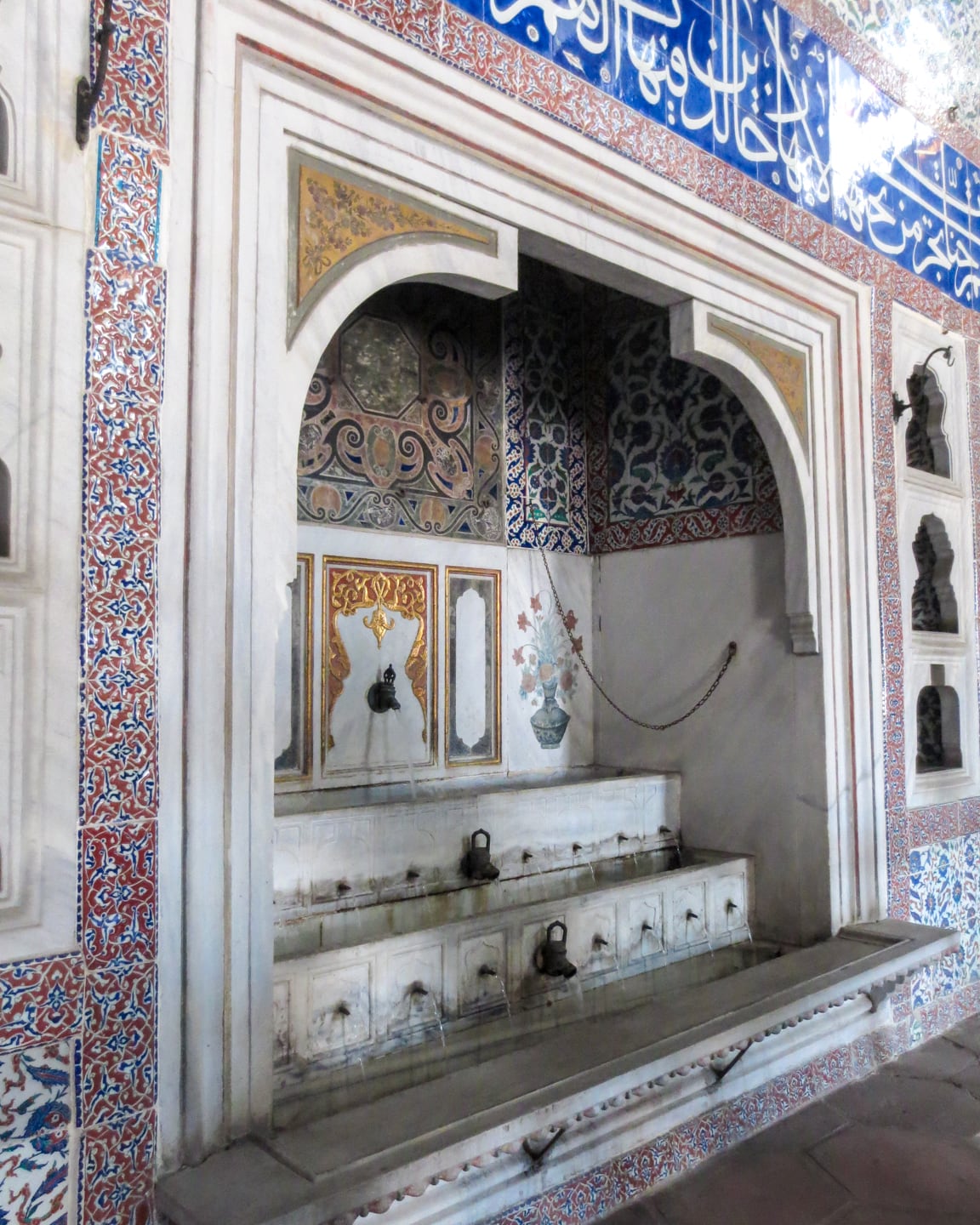 Sultans were fond of running-water as well, having several fountains at their disposal (as well as a swimming pool!).

Mind you, in the 15th-19th centuries, mere mortals were relegated to communal bathing in shared facilities (hence the birth of the Turkish Bath).

In other words, having your own privy (i.e. bathroom) was big pimpin’ in those days, and the Sultan was all about big pimpin’. 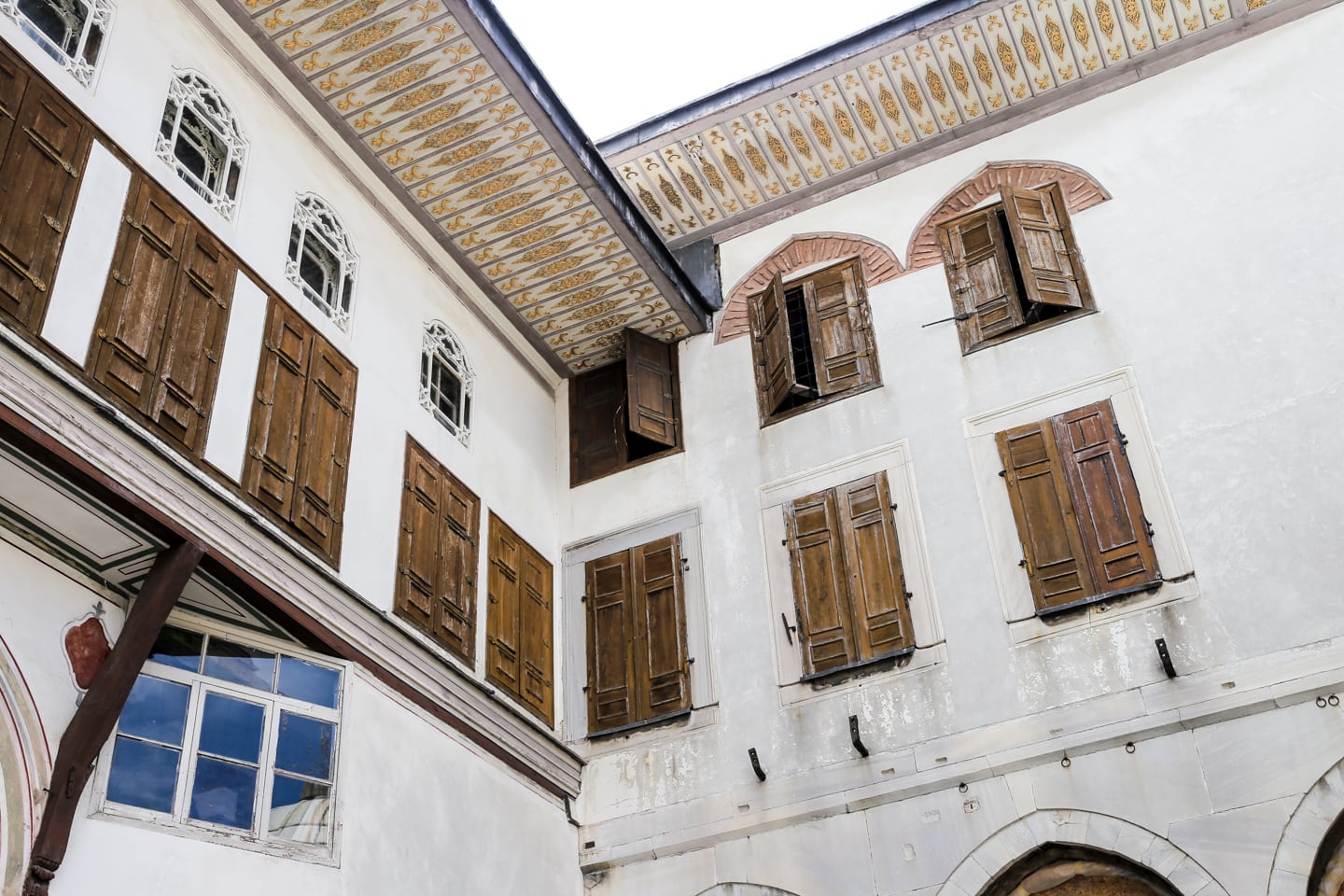 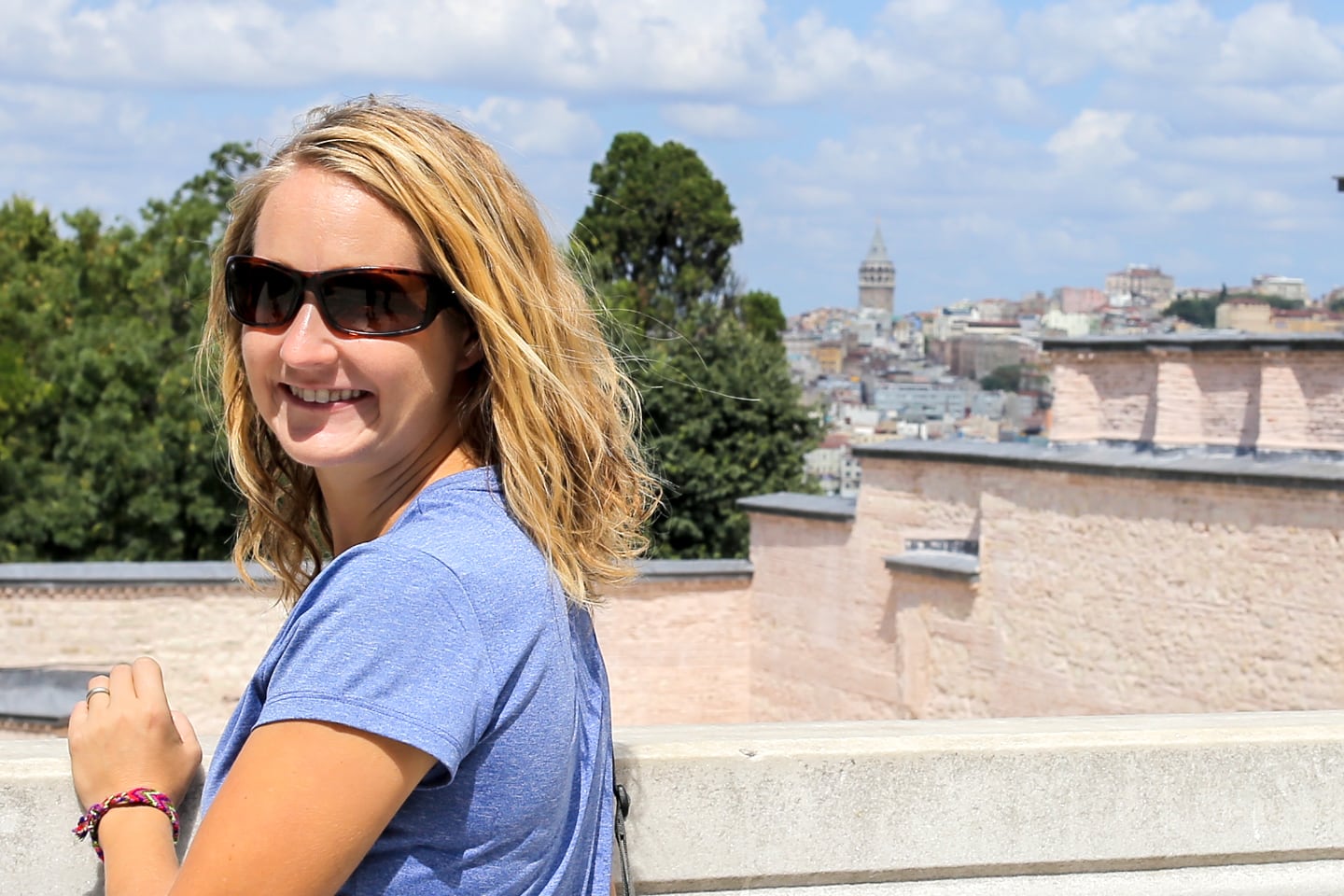 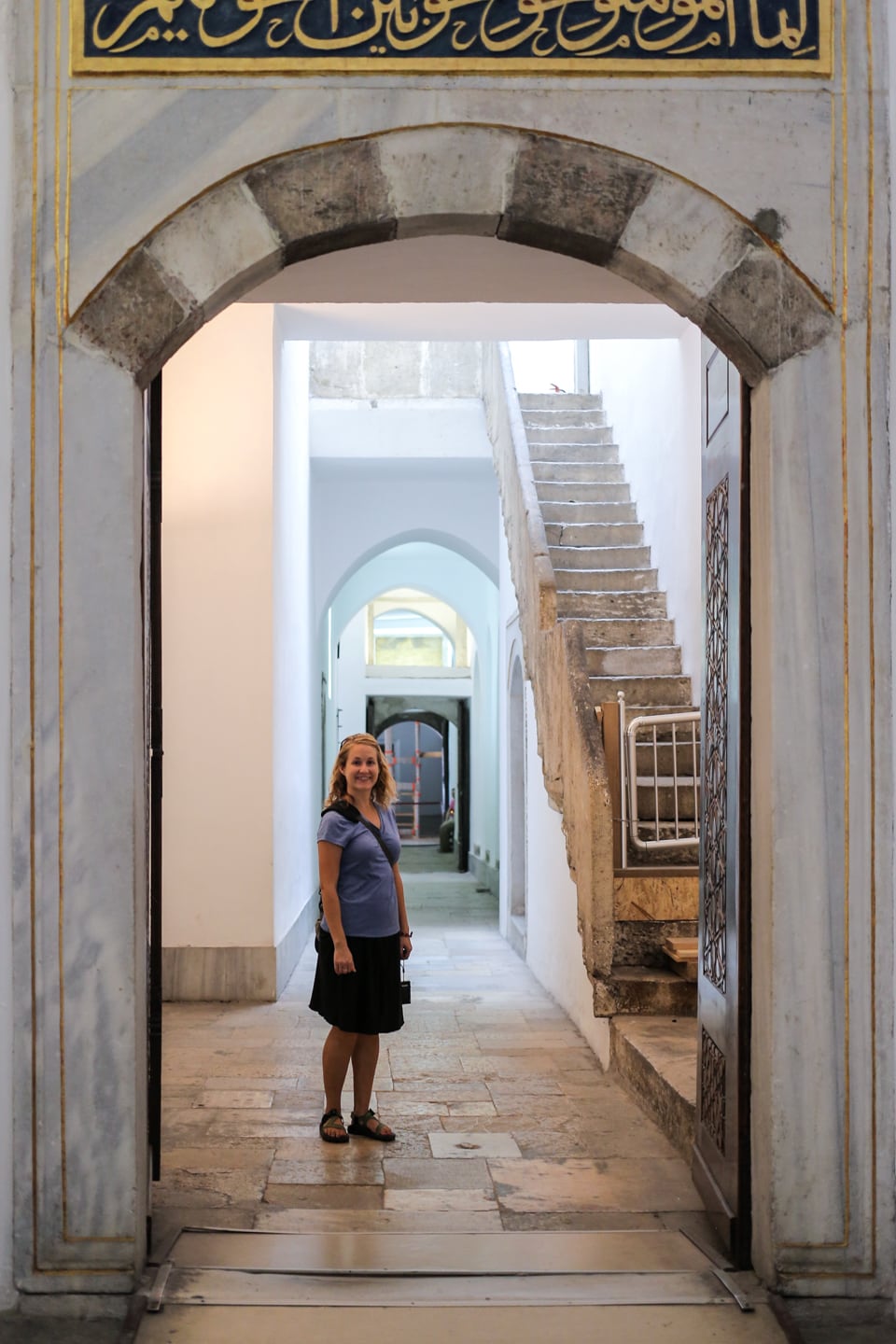 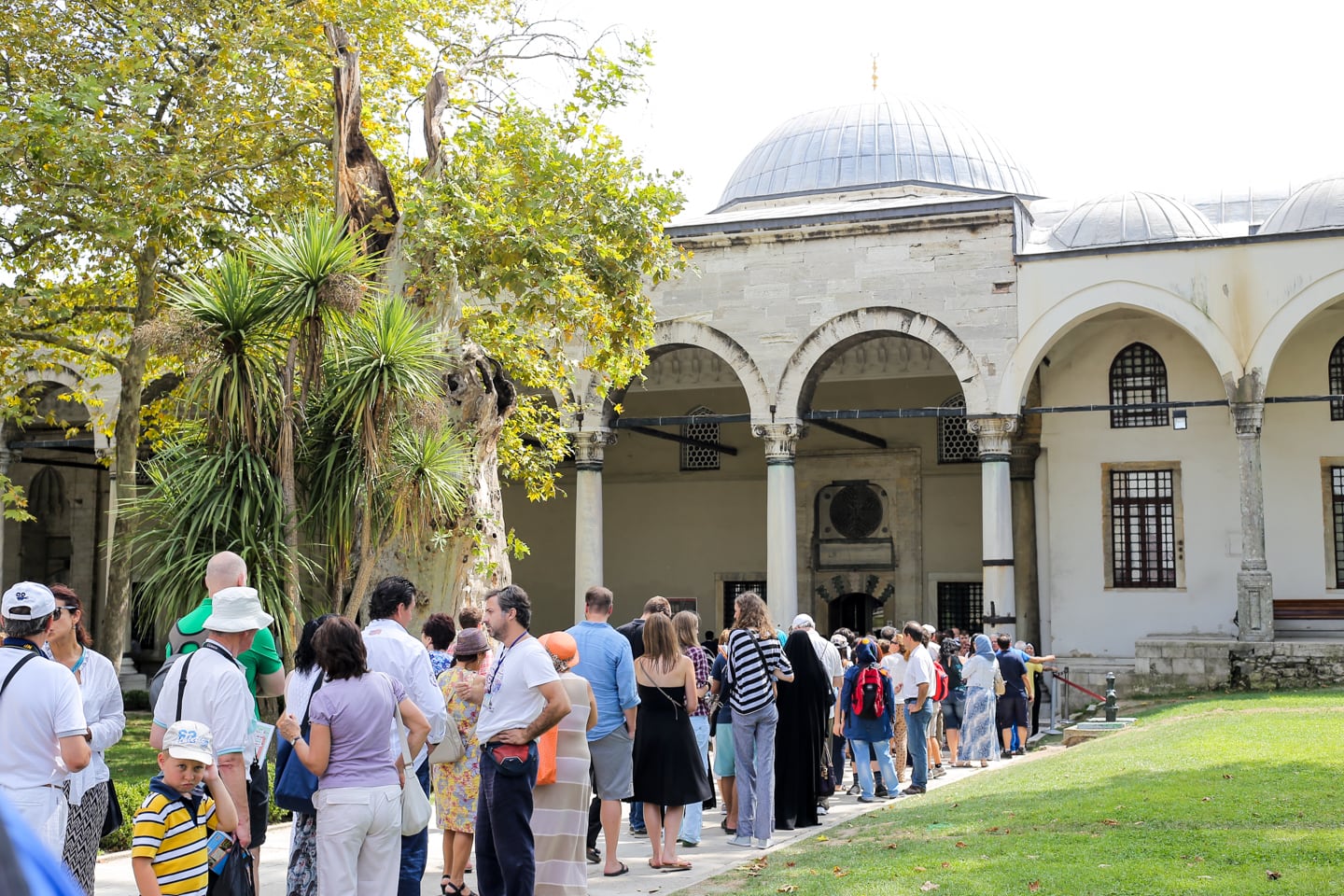 The line to get into the palace was bad enough, but nothing compared to the queues to see the Sultans’ own crown jewels. KEEP MOVING, PEOPLE! KEEP MOVING!

To avoid the lines (at least the queues on the outside of many major attractions), get an Istanbul Museum Pass.

While the pass does give you VIP treatment into the major sights, it won’t avoid the line to the treasury (above). For that, you just have to suck it up…or view high resolution pics on the interwebs…up to you.

Personally, I enjoy being jabbed in the spleen by a thousand sharp old-Turkish-lady elbows, myself. But to each his own, I guess. 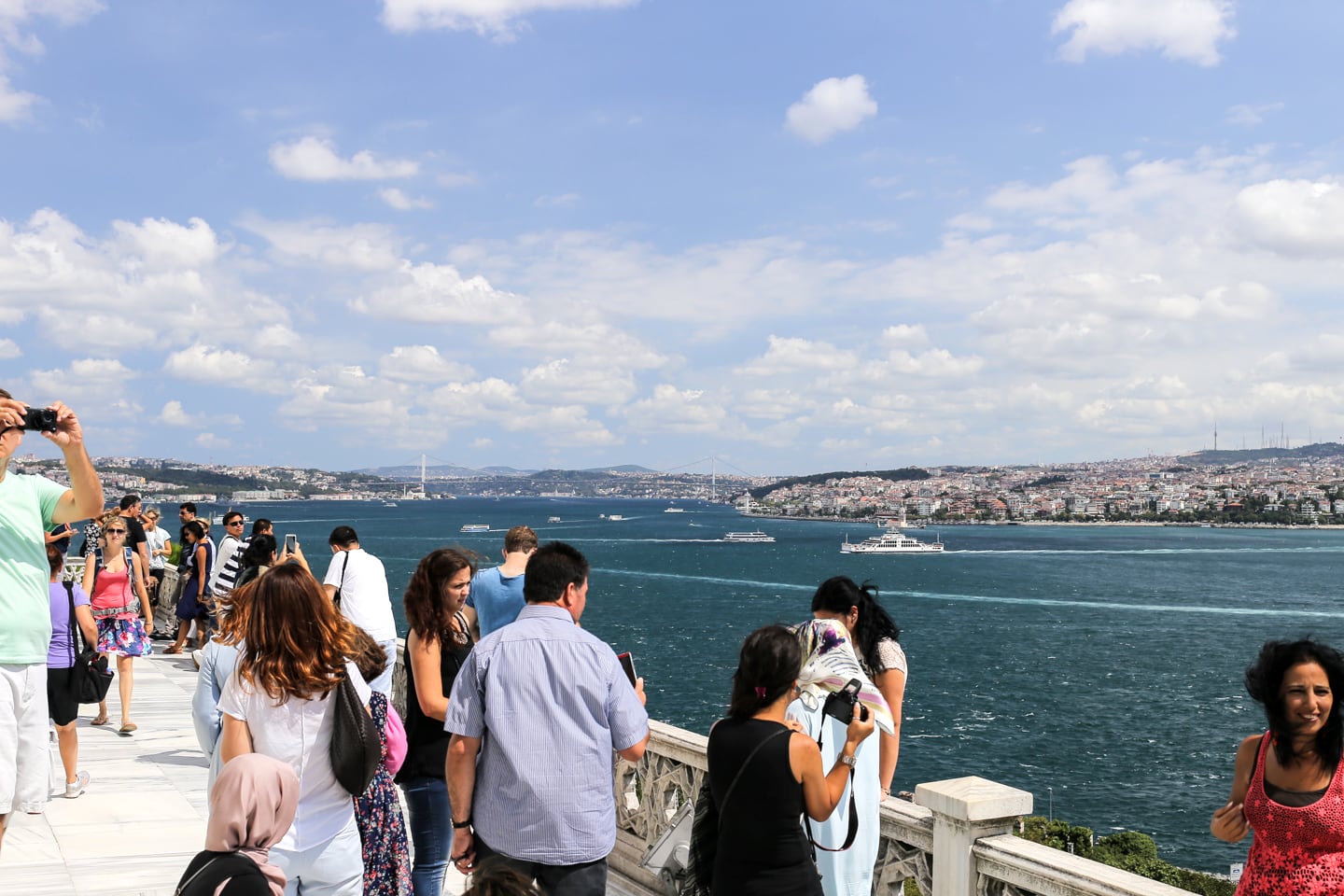 And then, all of a sudden, you’re back out in the open, enjoying the views previously reserved for Istanbul’s elite. Yay us! Undoubtedly, Istanbul looks a bit different today than it did even 50 years ago — but the views are stunning.

From Topkapi, you can take in Asia (you know, that other little continent over there across the water), the Bosphorus (the waterway connecting the Med/Marmara with the Black Sea), and the First Bosphorus Bridge, which is a treat in itself. 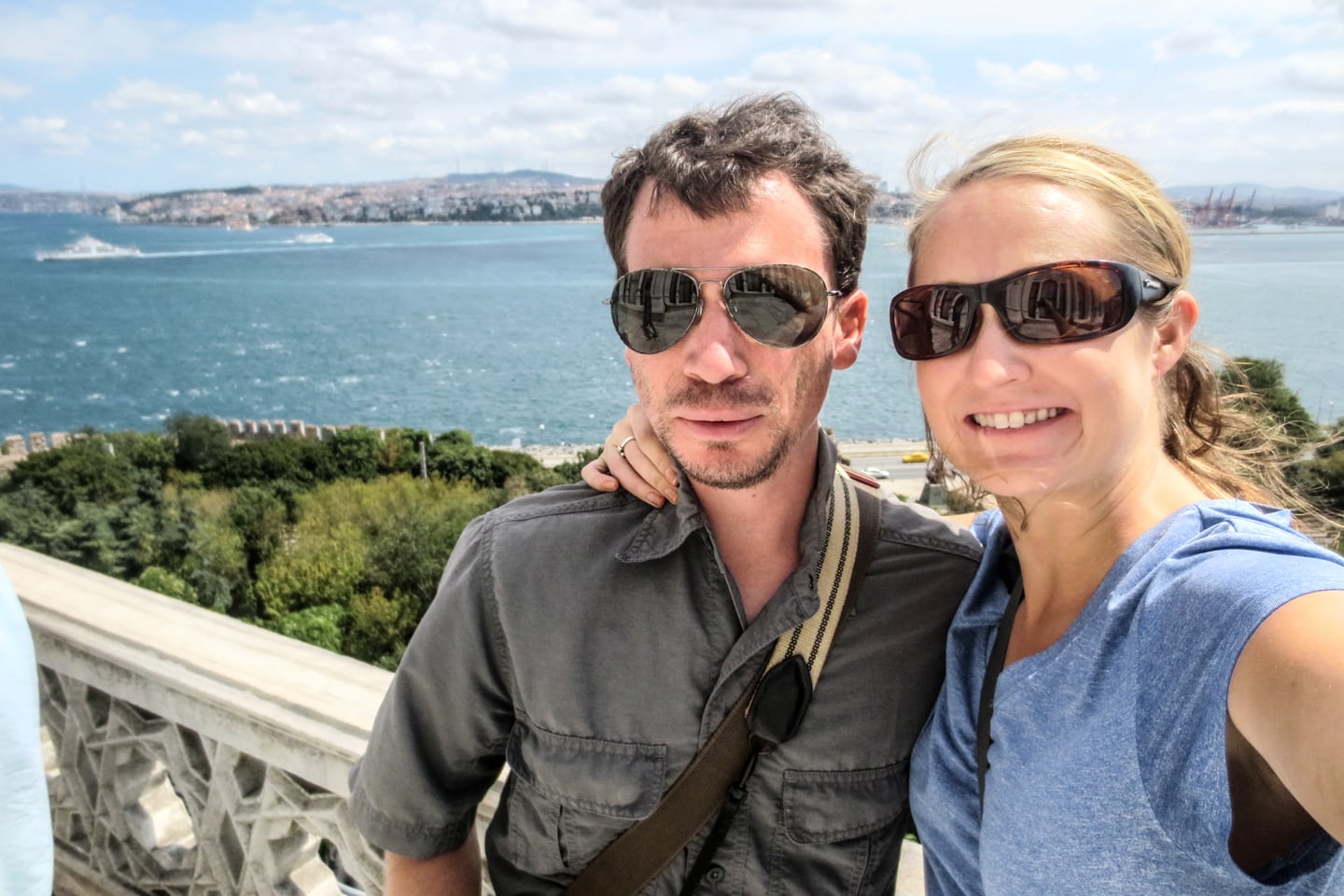 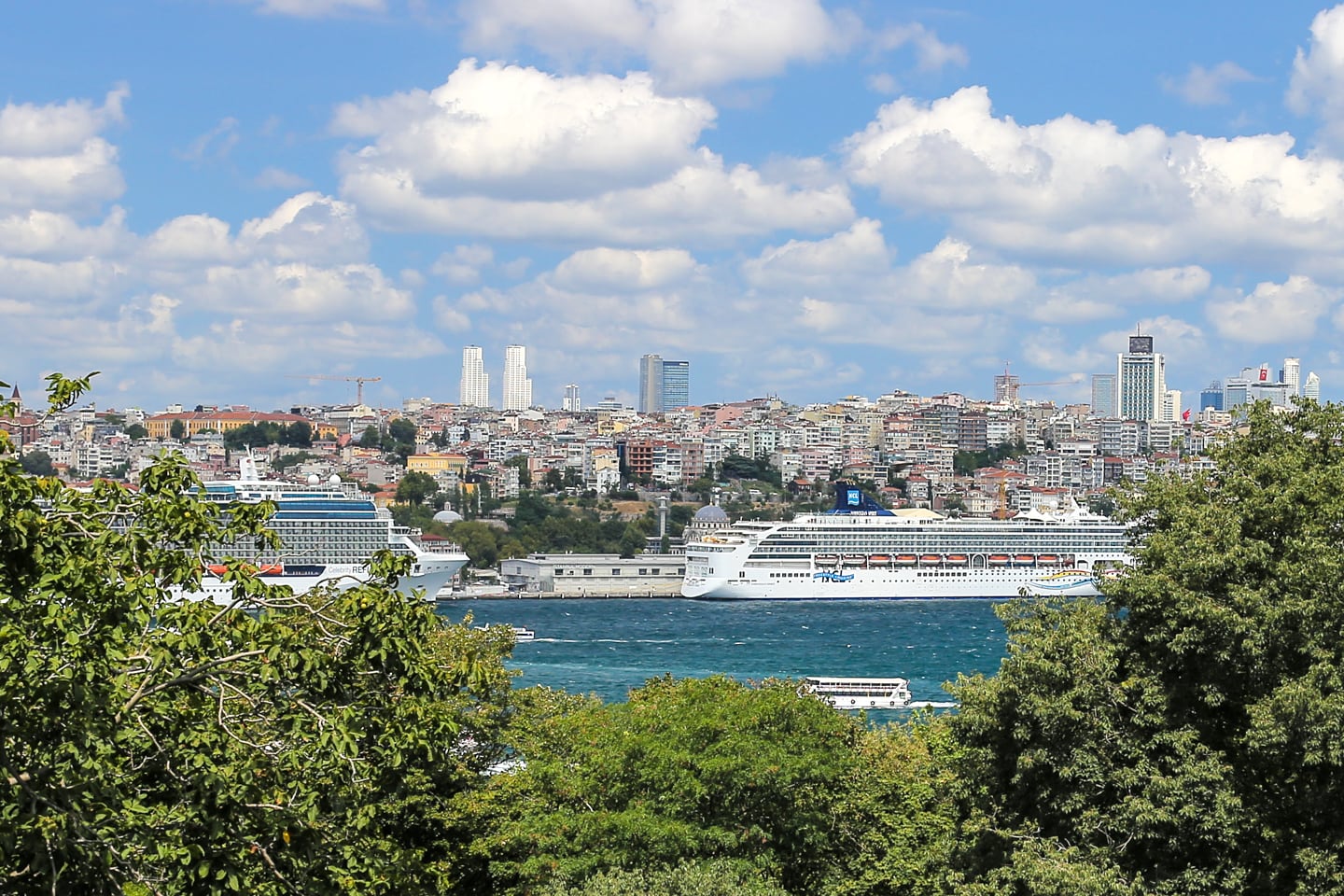 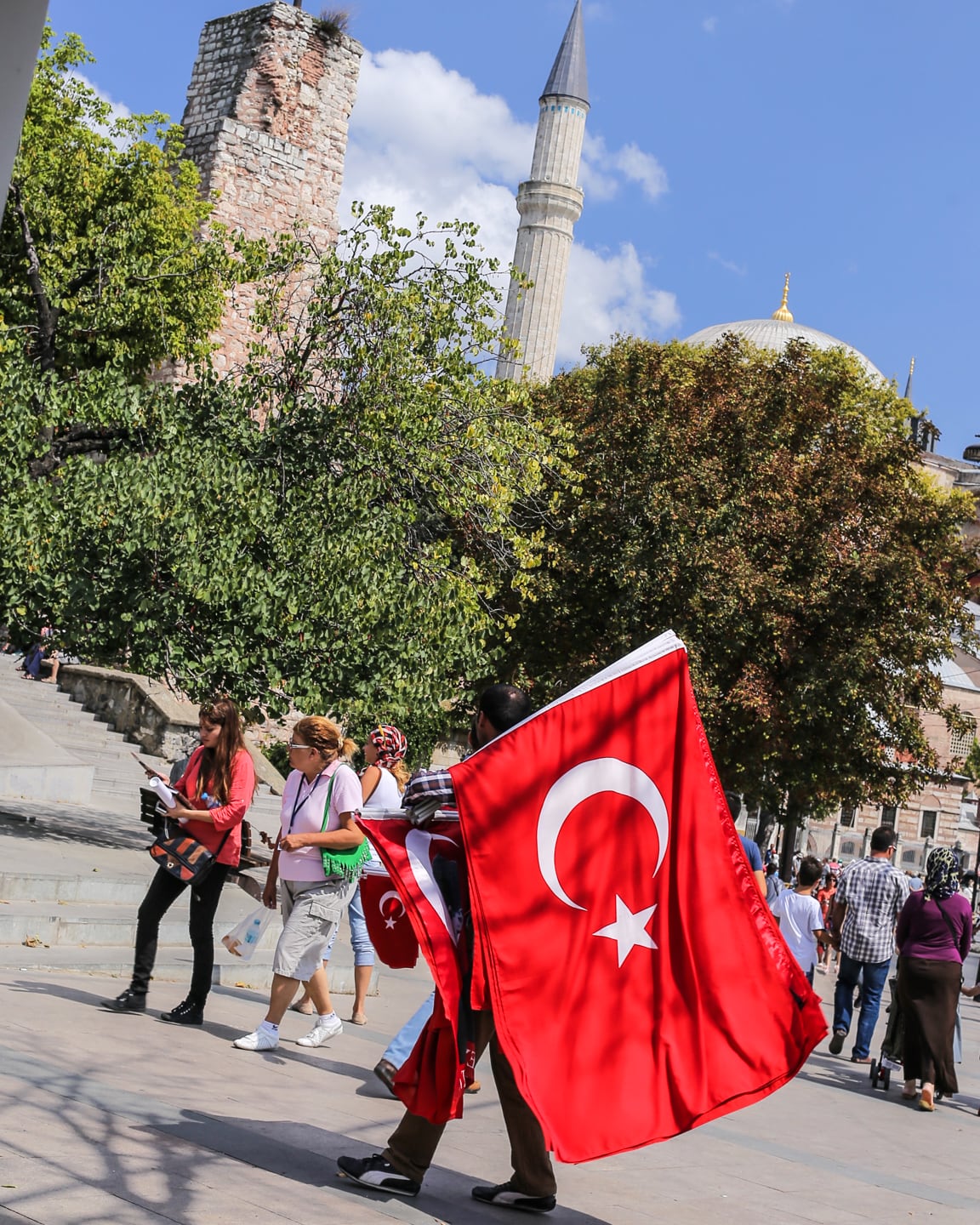 On our way back from the Palace, we were given several opportunities to buy a Turkish flag. Tempting, given that Lori’s favorite color is (!)RED(!) but sadly too large to fit in our backpacks. Next time we’ll bring reinforcements. 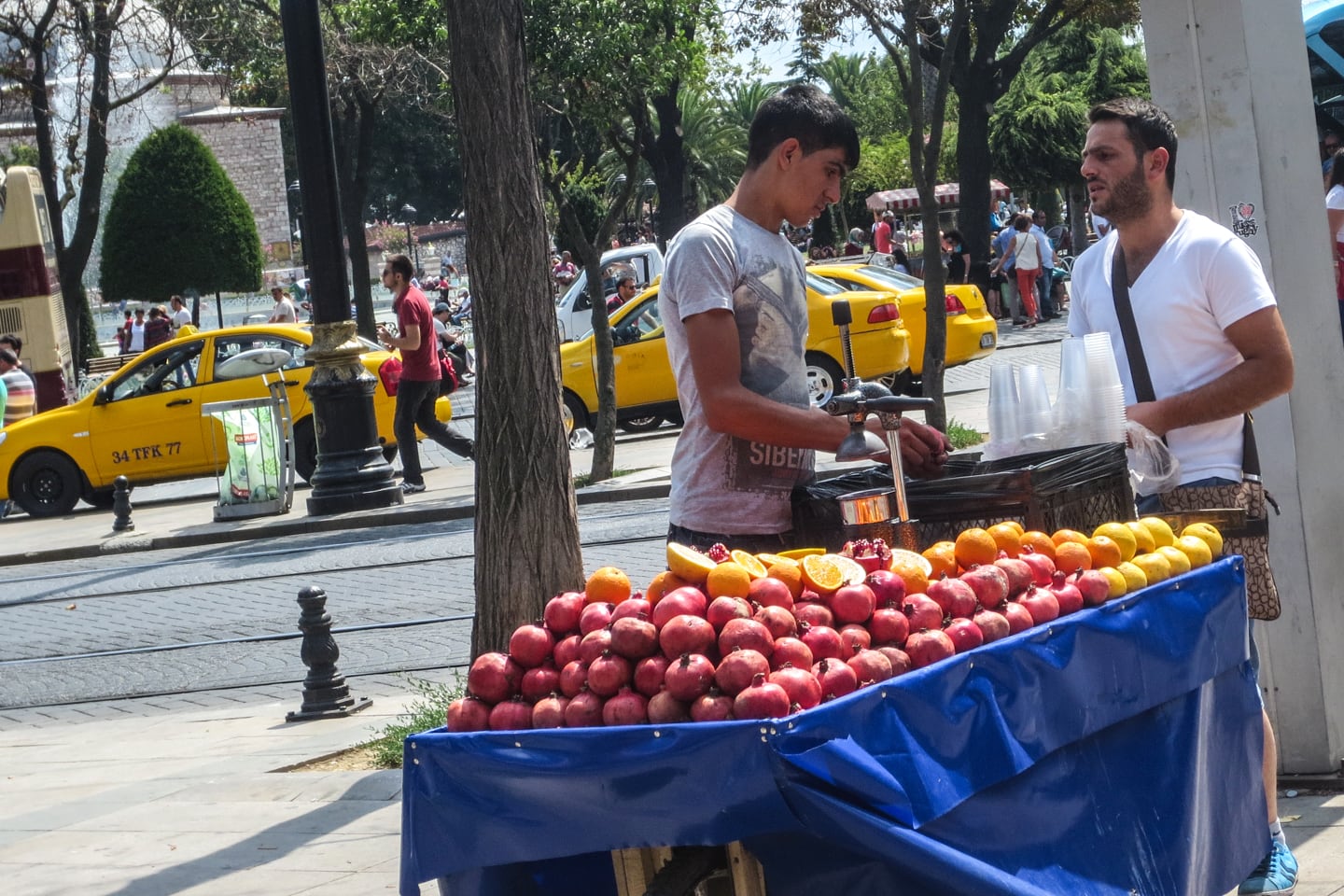 Thirsty? Good! Istanbul seems to have people selling fresh-squeezed pomegranate and orange juice on every corner. I loved the pomegranate juice, but Lori thought it to be a bit too tart for her tastes. More for me! 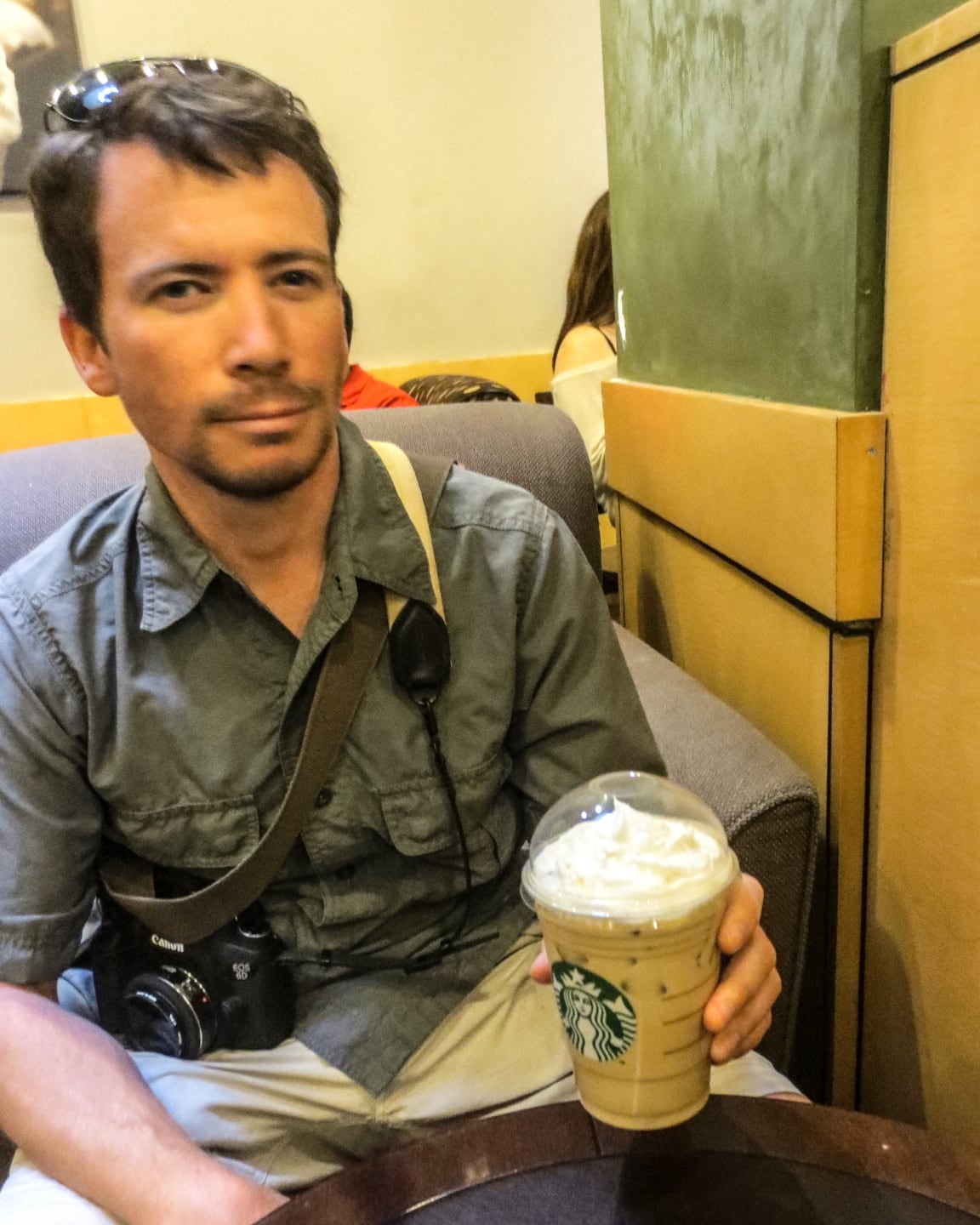 But sometimes, you just need a foofy coffee drink.

Day 3 and I’m still dragging. What is my problem? You’d think that we’d have this down by now. Oh well, just means another Iced Grande White Mocha…I usually order mine without the whip, but thought I’d give Lori a little treat this time.

We splurged knowing that this will likely be the last Starbucks we have until we get back to the U.S. in four months. No McDonald’s or Burger King too after Turkey. Stay strong, Africa! 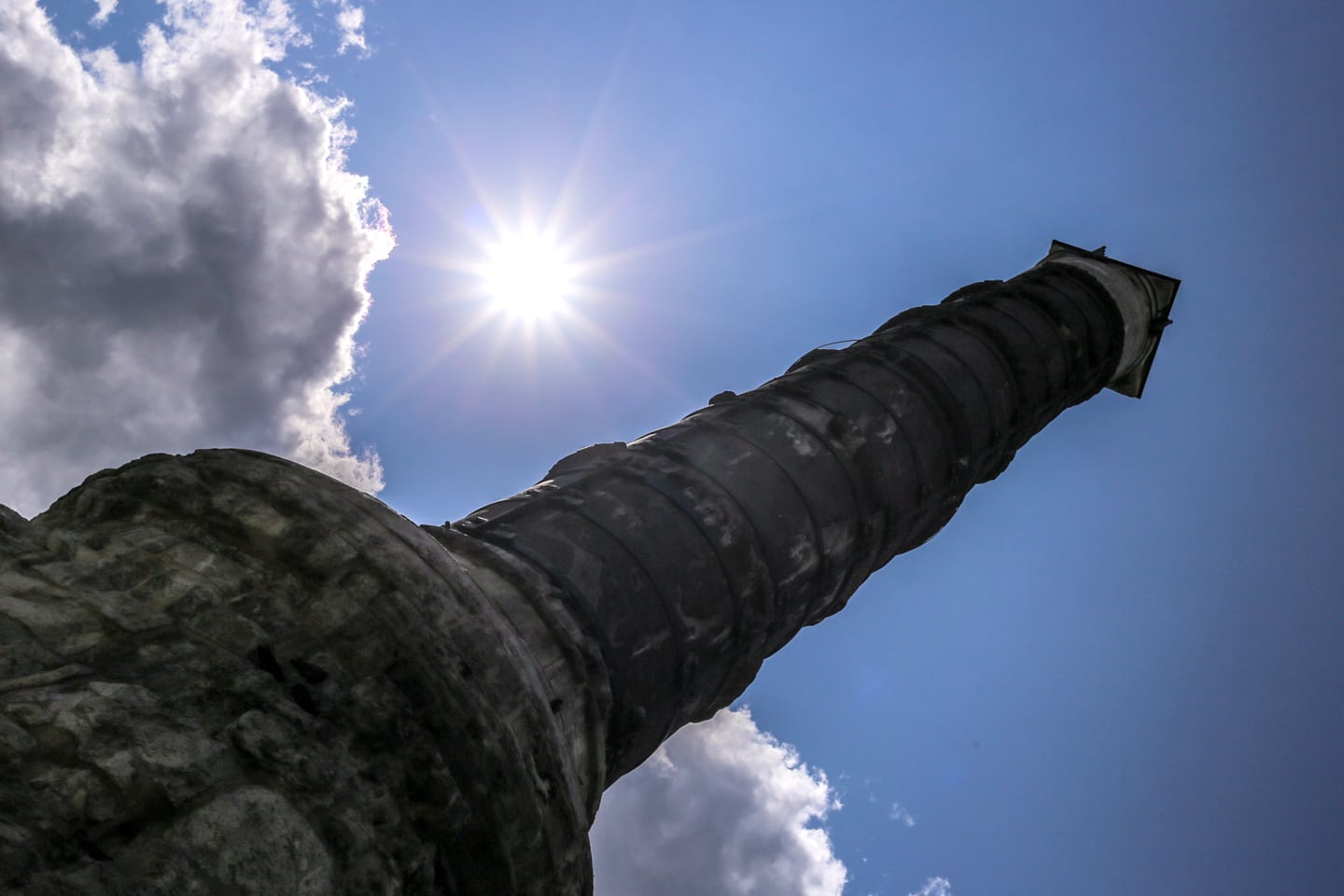 This is an extremely old pillar. It was erected a very long time ago. Yay pillar! 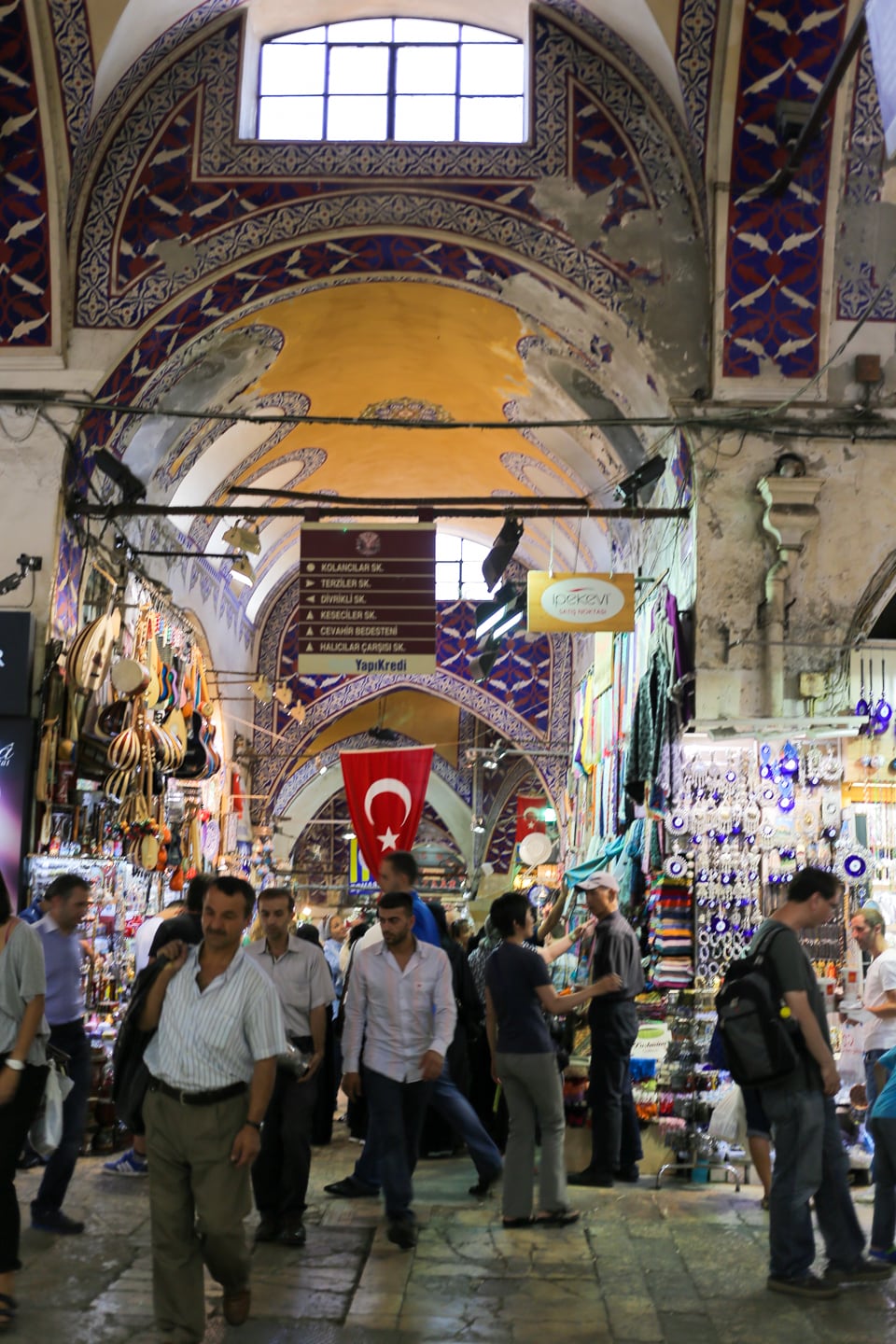 Which brings us to the Grand Bazaar, the precursor to the modern shopping mall and still the largest indoor covered shopping structure in the world (so we’re told, though I’ve also been to the Mall of ‘Merica and have a hard time believing the claim, but hey, I’ll go with it). 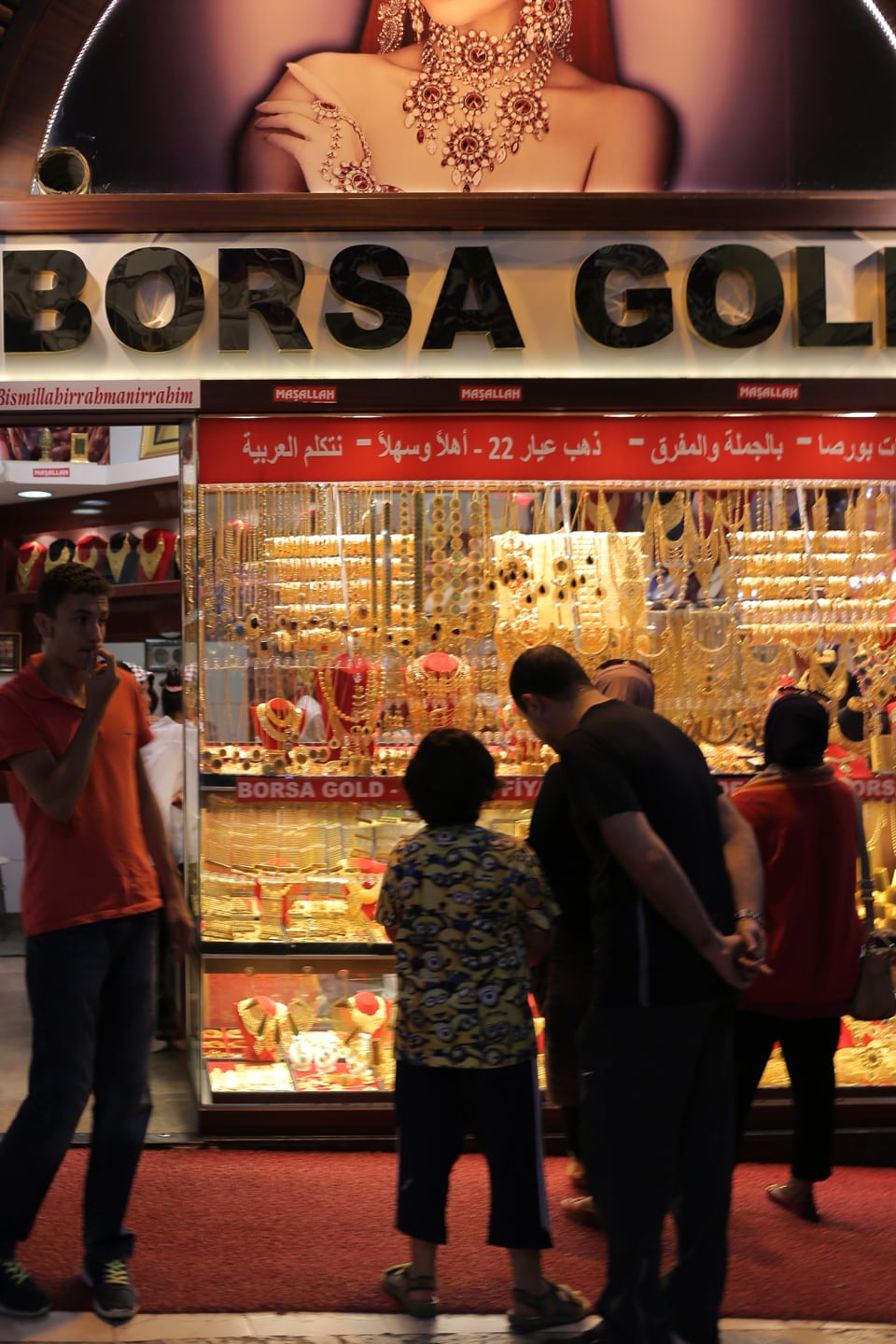 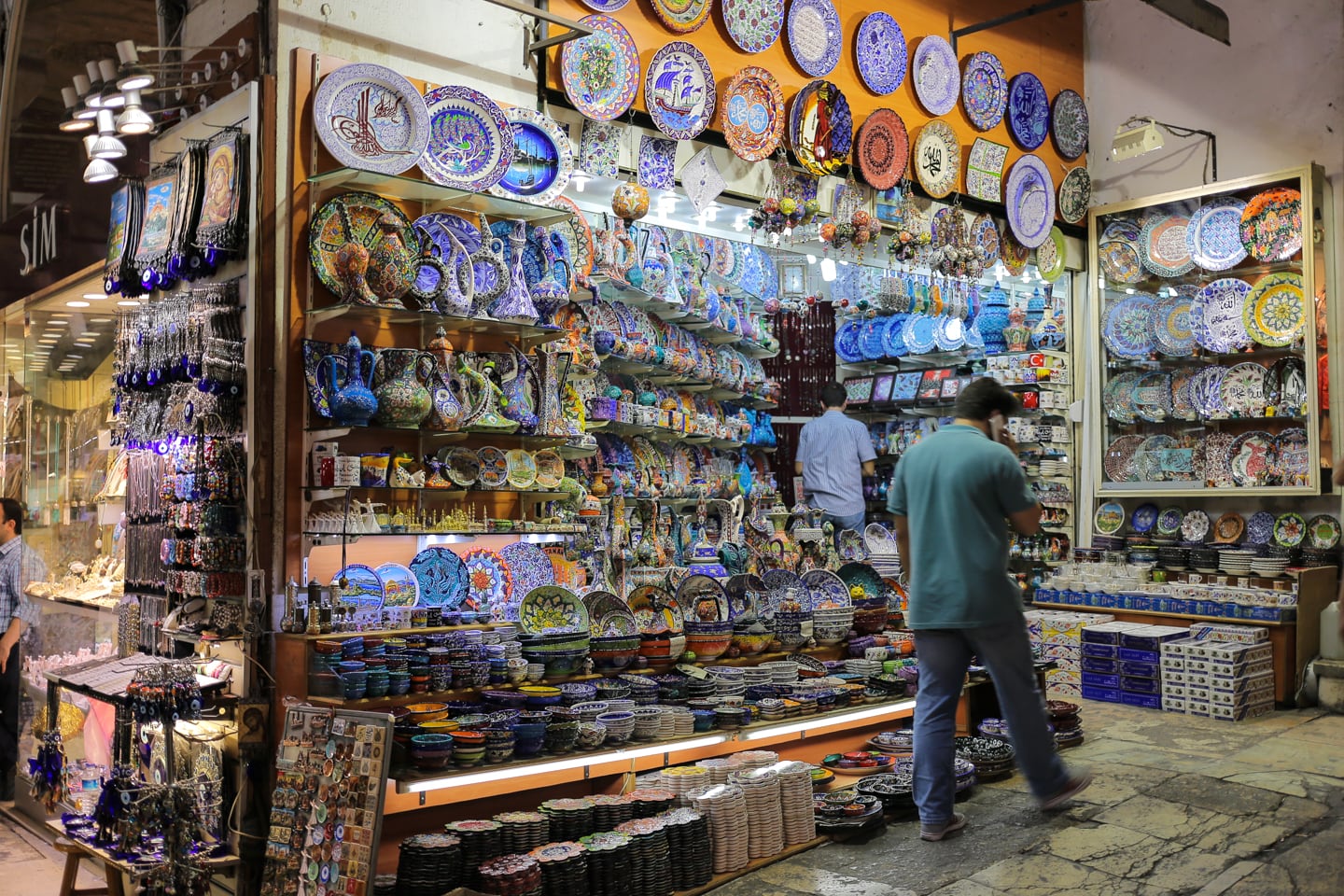 And lots and lots of Turkish knick-knacks. I believe it was the Turkish that invented the knick-knack… 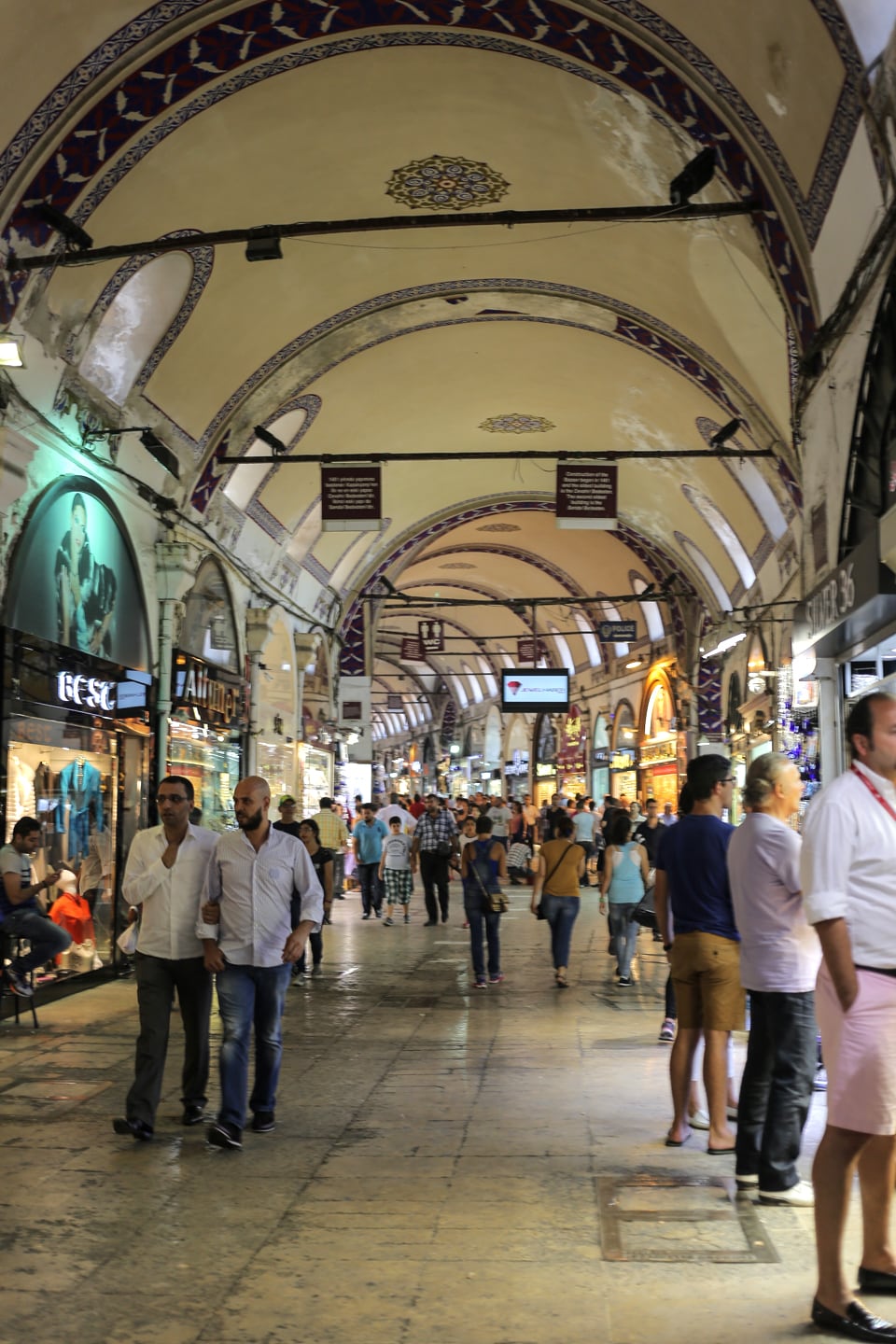 Where all the beautiful people (and beautiful tourists) shop. We had no idea it would be this high-end (or faux high-end, at least…something tells me that you can’t really buy a real Armani suit for US$150…just sayin’… 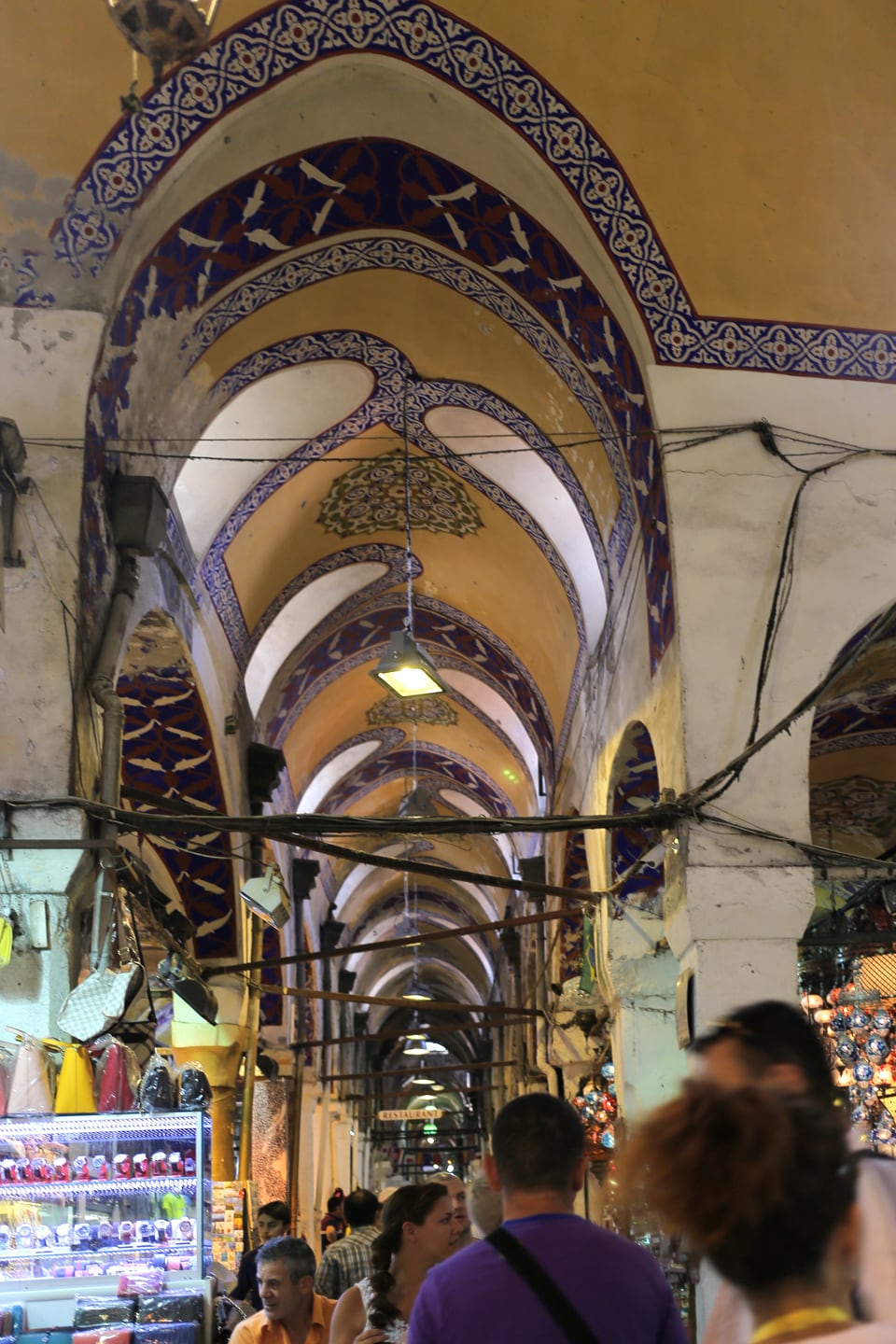 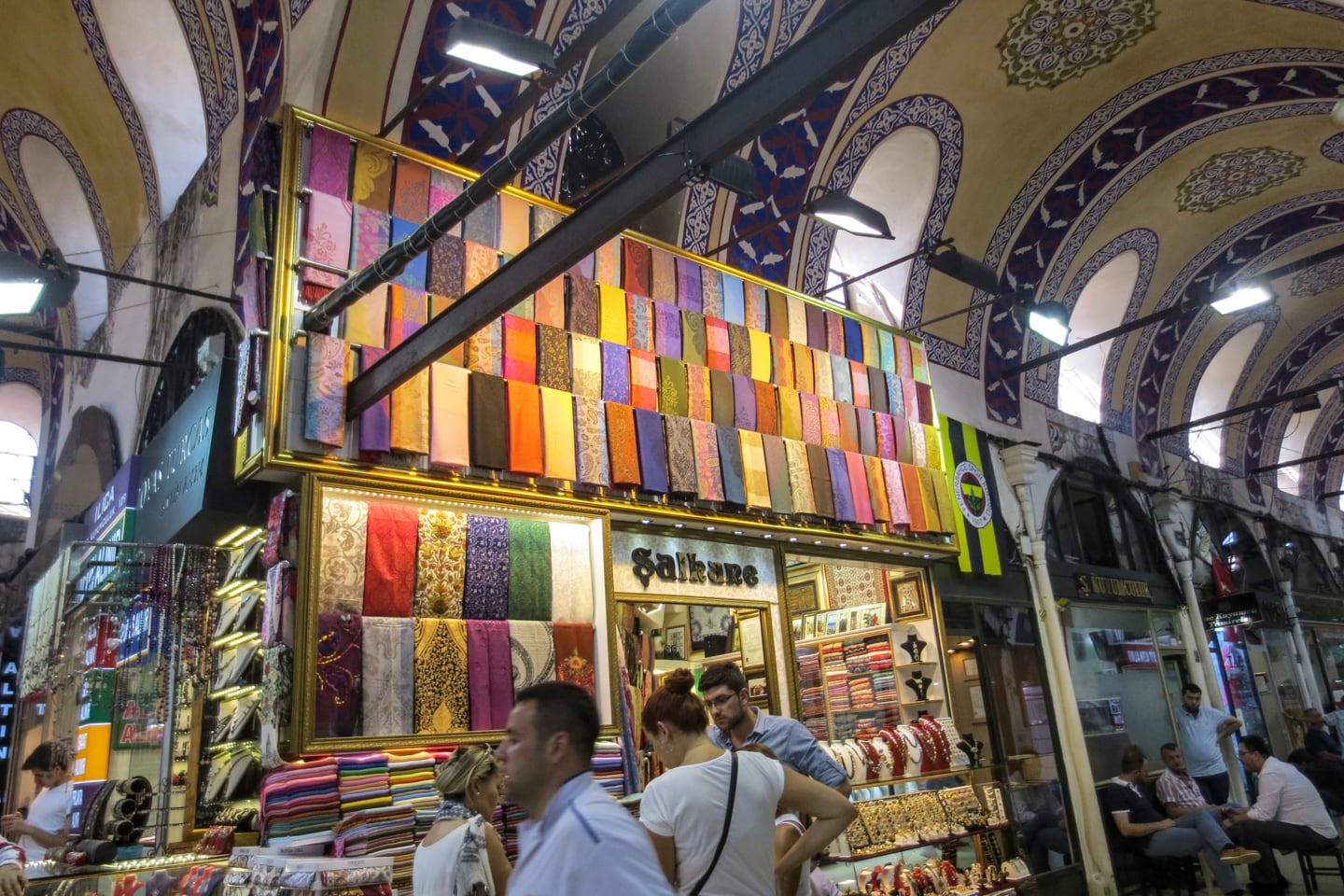