Garifuna Settlement Day marks the arrival of the Garinagu in Southern Belize, and is one of the most festive times to visit! How to experience it & more!

Garifuna Settlement Day is a public holiday in Belize quite unlike any other.

The holiday is part of a days-long festival marking a pivotal event in the history of the Garinagu people and region as a whole, and is celebrated with a reenactment, drum competition, and neighborhood festivities.

Here’s what you need to know about experiencing this unique Belize holiday, including essential information on Garifuna culture and history.

Plus, helpful tips on best towns in which to experience Garifuna Settlement Day and where to stay when you get there. 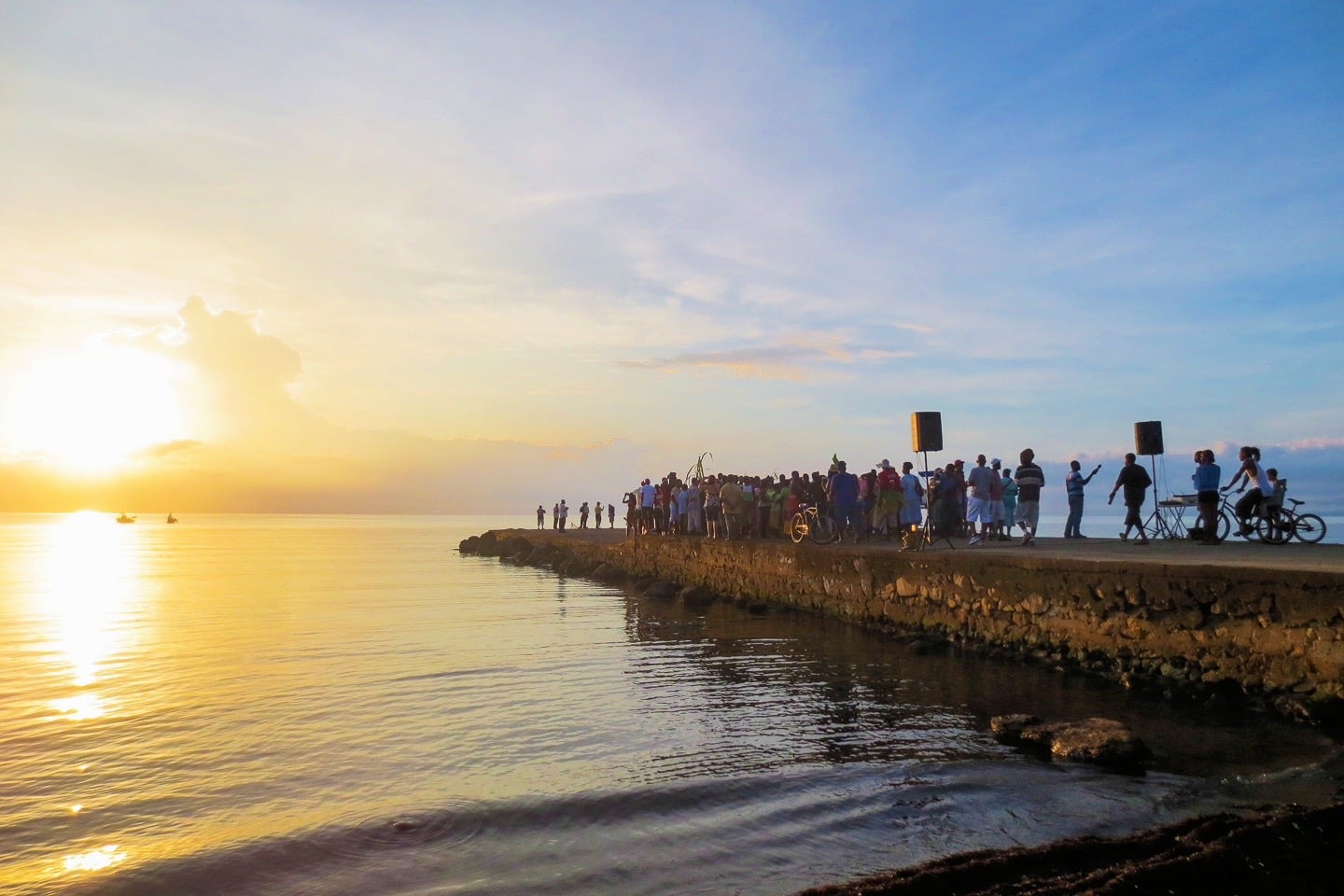 What Is Garifuna Settlement Day?

Garifuna Settlement Day is a nationwide public holiday in Belize that is celebrated each year on November 19th.

The day was first recognized as a public holiday in Toledo and Stann Creek districts in 1943 and declared a national holiday in 1977.

Garifuna Settlement Day marks the arrival and settlement of the Garinagu people in Southern Belize, following their exile from the Grenadines by the British army in the early 19th century.

Festivities start at sunrise with a reenactment of the first arrival of Garinagu on Belizean shores.

The week of the holiday is easily one of the most festive and fun times of year for visiting Southern Belize and for getting a real sense of the rich and lively culture of the Garinagu people in Belize.

Who Are the Garinagu and What is Garifuna?

Numerous visitors come to Belize’s deep south each year to experience Garifuna music, food, and dance. And Punta Gorda is one of the epicenters of the culture in Central America.

The Garinagu people (for whom the Garifuna culture and language are named) constitute but a small minority in Belize (about 4.5% of the population or 14,000 people).

Yet, their culture has captured the collective imagination of the world in recent decades, largely owing to the late Andy Palacio’s incredible music and the Garifuna culture gaining UNESCO World Heritage status in 2011.

The Garinagu also have an enthusiastic willingness to share the Garifuna culture and traditions with outsiders, which also sets them apart and makes the culture surprisingly accessible to visitors to the area. 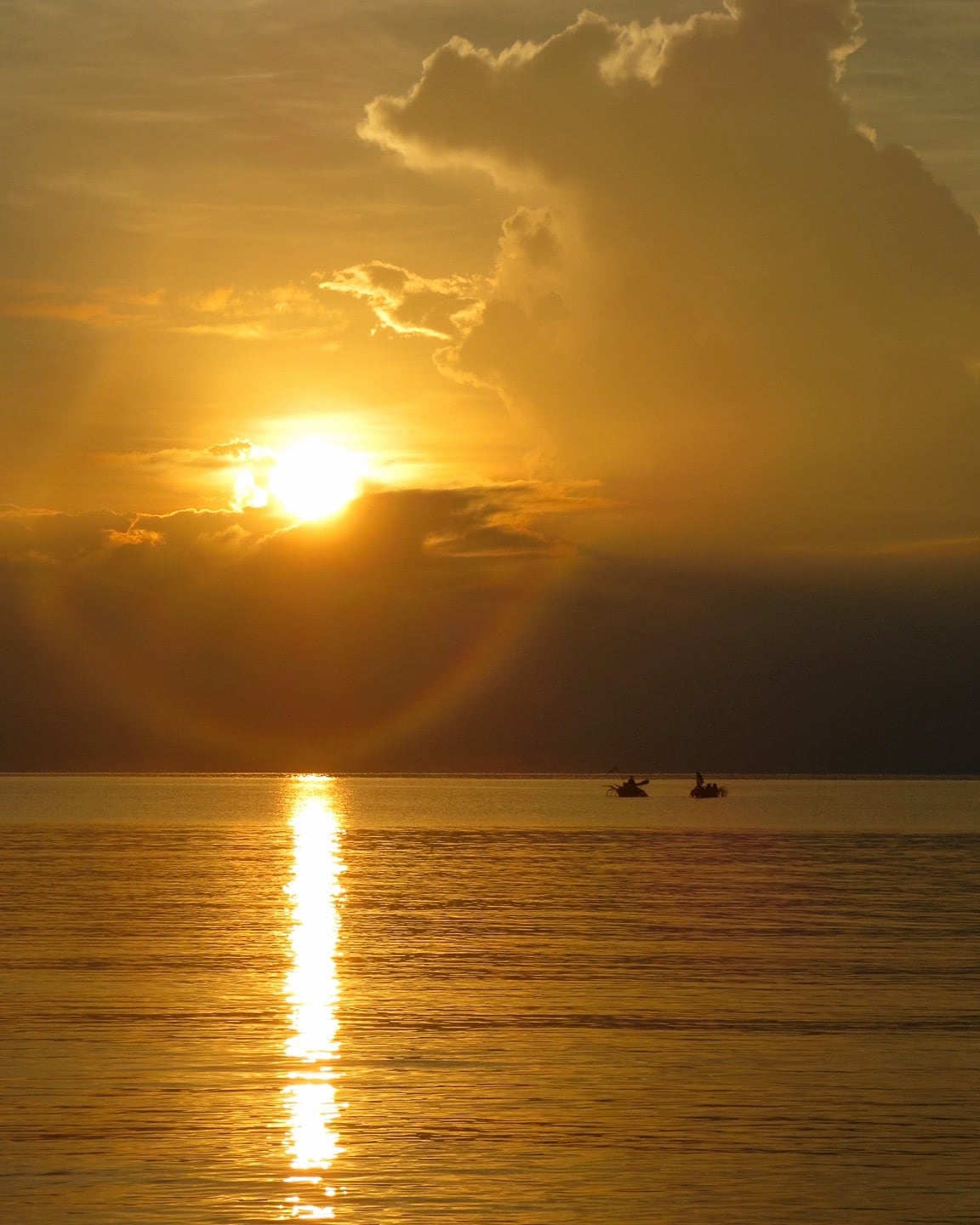 At first glance, the arrival of the Garinagu in Belize seems hardly a cause for celebration.

The story of the Garinagu people, who are descended from West African and Carib/Arawak peoples, begins in 1635 when two Spanish ships carrying Nigerian slaves ran aground and sank off the coast of St. Vincent.

The survivors of the wreck spent the next 150 years on the Grenadine islands. During this time, they intermarried and integrated with the indigenous Arawak people — resulting in the creation of the distinct Garifuna culture as we know it today.

However, things did not end happily ever after for the Garinagu in the Grenadines. The British took control of the island in 1796 and expelled the Garinagu (and the French inhabitants who had also made the island their home) from the island.

Without a homeland, 5,000 Garinagu made the voyage to the Honduran island of Roatan (about 2,000 miles from St. Vincent), losing half of their population in the hellish overseas journey.

Unfortunately, the Garinagu’s problems did not end there. Roatan, proved inhospitable and the Garinagu petitioned the Spanish government to settle on the mainland, beginning their settlement up the Caribbean coast of Central America into British Honduras (present-day Belize).

Reaching Belize marks the end of a very long and arduous journey, but also a new beginning — the Garinagu trace their heritage, lineage and cultural traditions back to this critical moment in their history, marking the beginning of the Belizean-Garifuna culture and ethnicity. 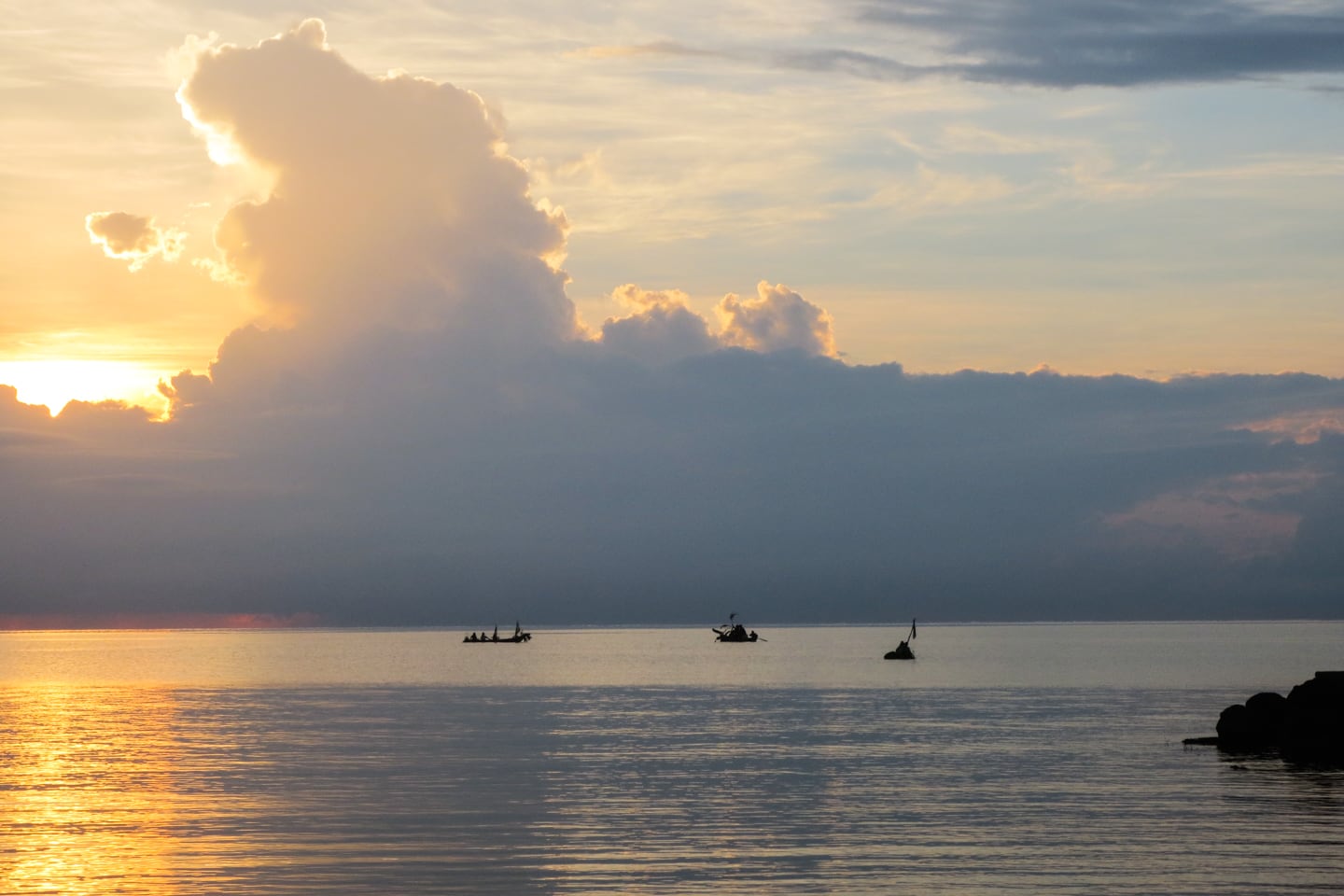 According to legend (and some historical record), the Garinagu arrived in British Honduras in the early morning hours of November 19th, 1802.

Towns and cities with significant Garinagu populations throughout Belize (particularly Punta Gorda and Dangriga) celebrate this important moment every year at sunrise (around 6am).

We awake early to stake out a good spot near the Fishermen’s jetty in Punta Gorda to witness the much anticipated live reenactment.

Early as it is, we’re no where near the first ones here. It is customary for revelers to celebrate throughout the night before forming a procession at first light and slowly making their way to the jetty.

Just after sunrise, three small boats appear bobbing on the horizon in Amatique Bay, as the procession of revelers slowly makes its way to the jetty. 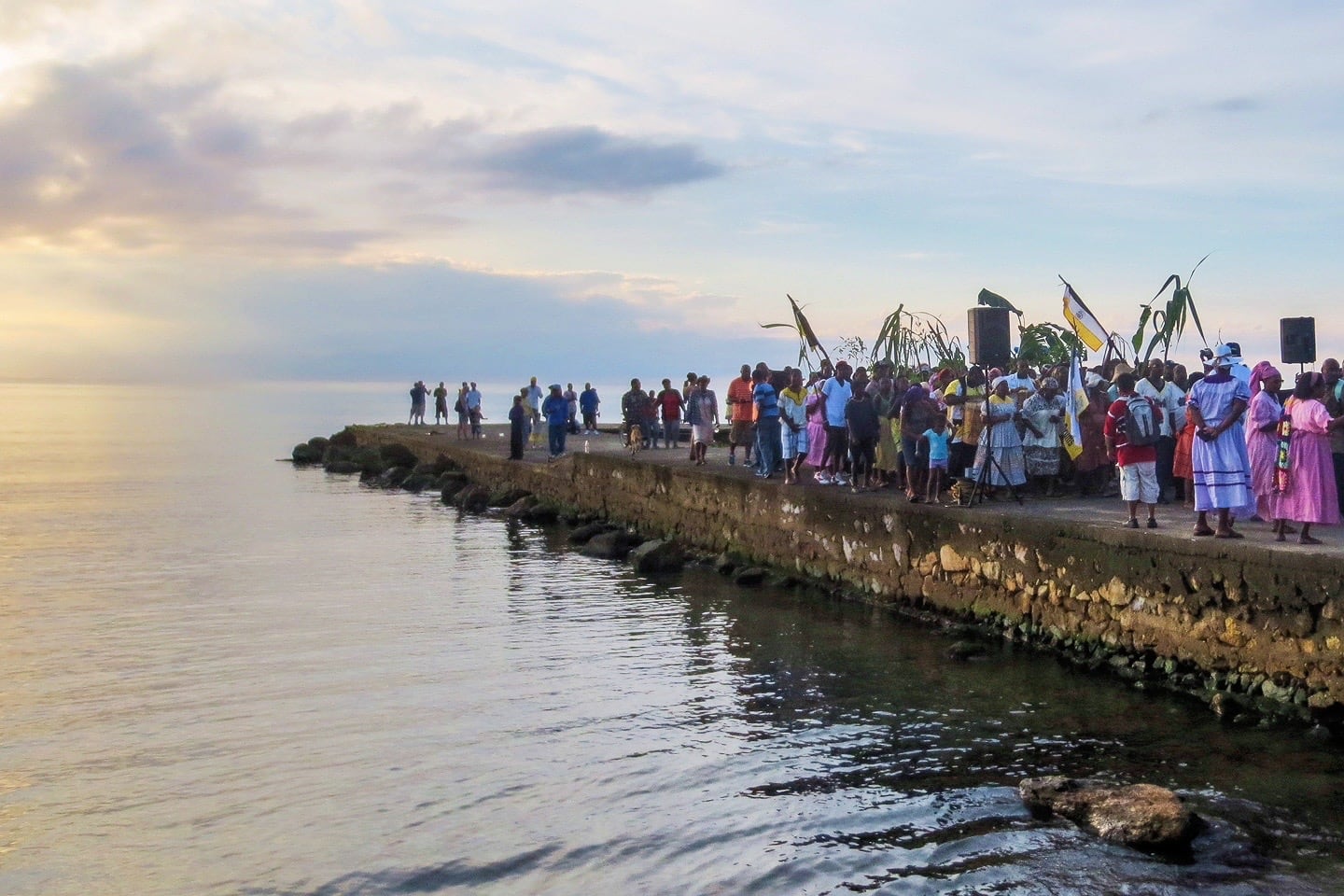 The procession’s arrival at the end of the jetty signals the beginning of the reenactment. 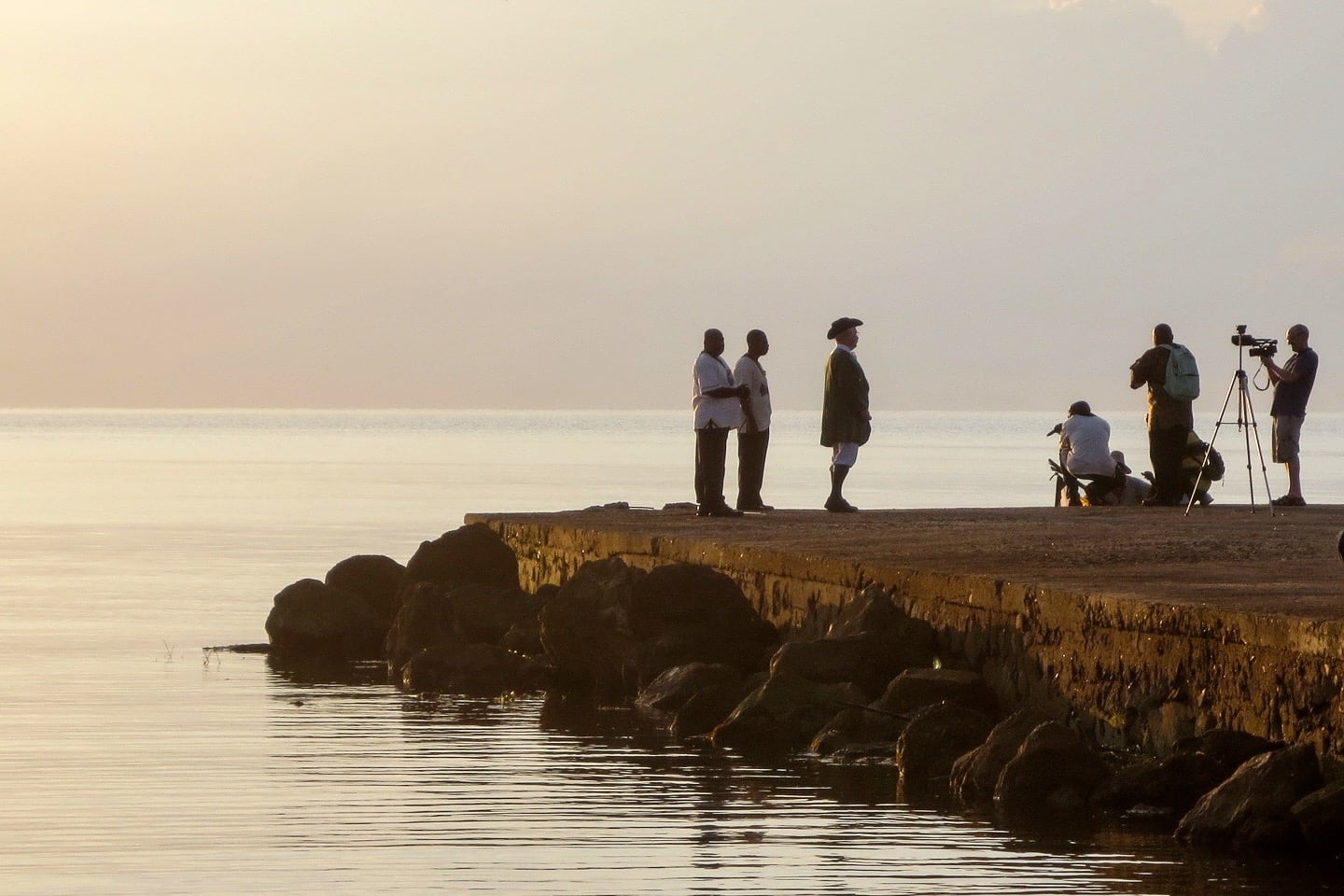 Here, the jetty represents the entry point at which the Garinagu boats came ashore in Belize City in 1802. A lone British officer stands by to intercept the boats as they arrive.

The first two times, the British officer chuckles and waves them back.

But, the Garinagu are persistent people, and on the third attempt, they are given permission to land…but not at Belize City. The officer then tells them they must head south, ultimately coming ashore on the southern coast and settling in Dangriga, Hopkins, Punta Gorda and Baranco.

They also settle in Georgetown, which is decidedly not on the coast, but that’s another story. 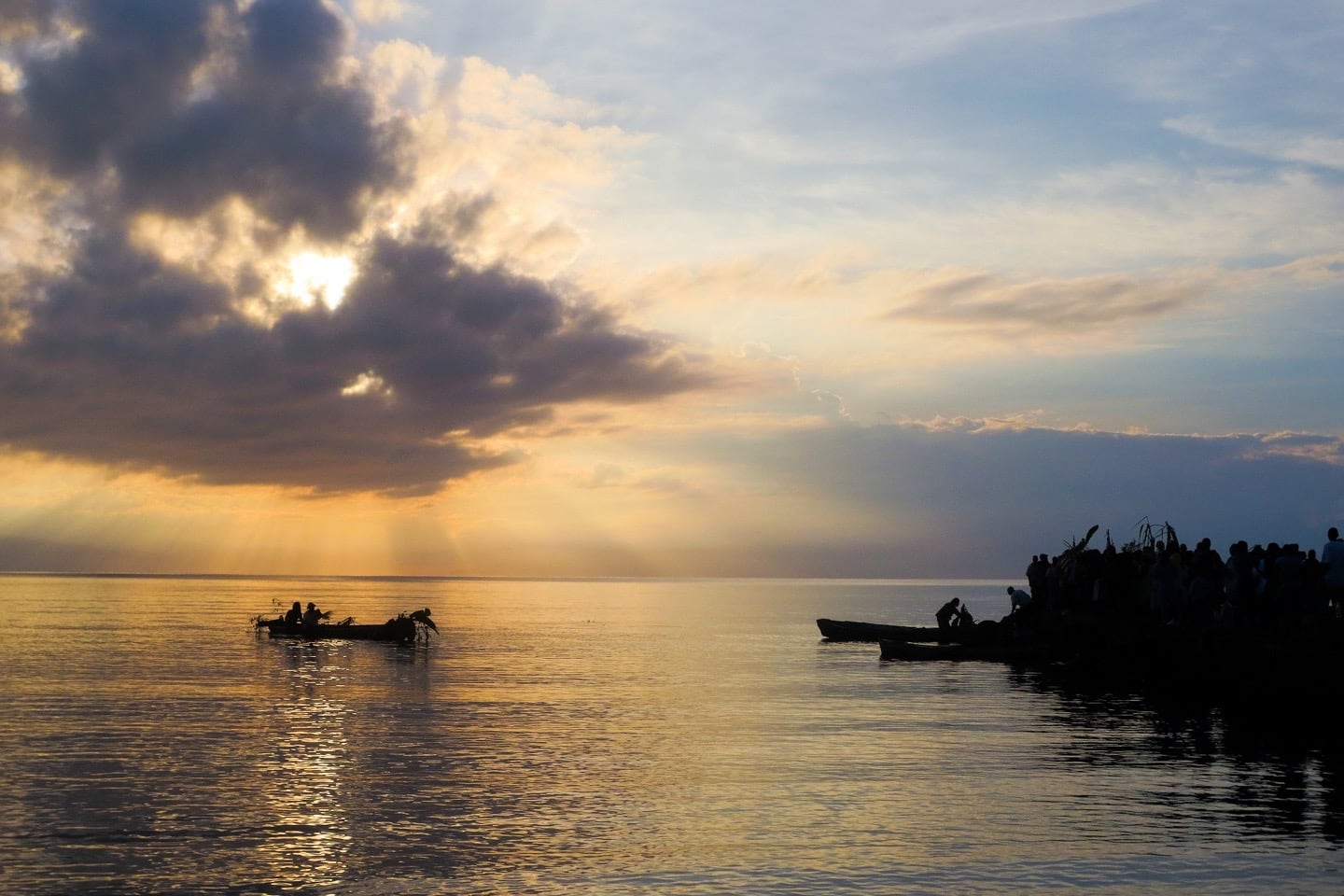 Where to Experience Garifuna Settlement Day

Garifuna Settlement Day is observed nationwide. In our minds, however, there’s no better place to experience the week’s festivities than Punta Gorda in Toledo District.

Why PG? You’re bound to have a good time celebrating in places like Dangriga and Hopkins, which are home to large Garifuna communities. But there’s only one place in Belize that hosts the legendary Battle of the Drums: Punta Gorda.

The legendary international drum competition combined with Garifuna Settlement festivities make for one heck of a week here.

WANT TO REALLY GET DOWN WITH THE GARIFUNA?

The legendary Garifuna drumming instructor, Ronald McDonald (his real name), and family run one of the best drum schools in the country, Warasa Drum School, right in Punta Gorda.

You can sign up for an individual class, but their best deal is their
Garifuna Drumming, Dancing, and Dinner experience.

This is the same experience that Lori and I would take newly arrived medical students to each month when we were working with a small rural clinic in PG. It was always a highlight of their time in PG and Belize and we’re sure it will be one of yours as well. 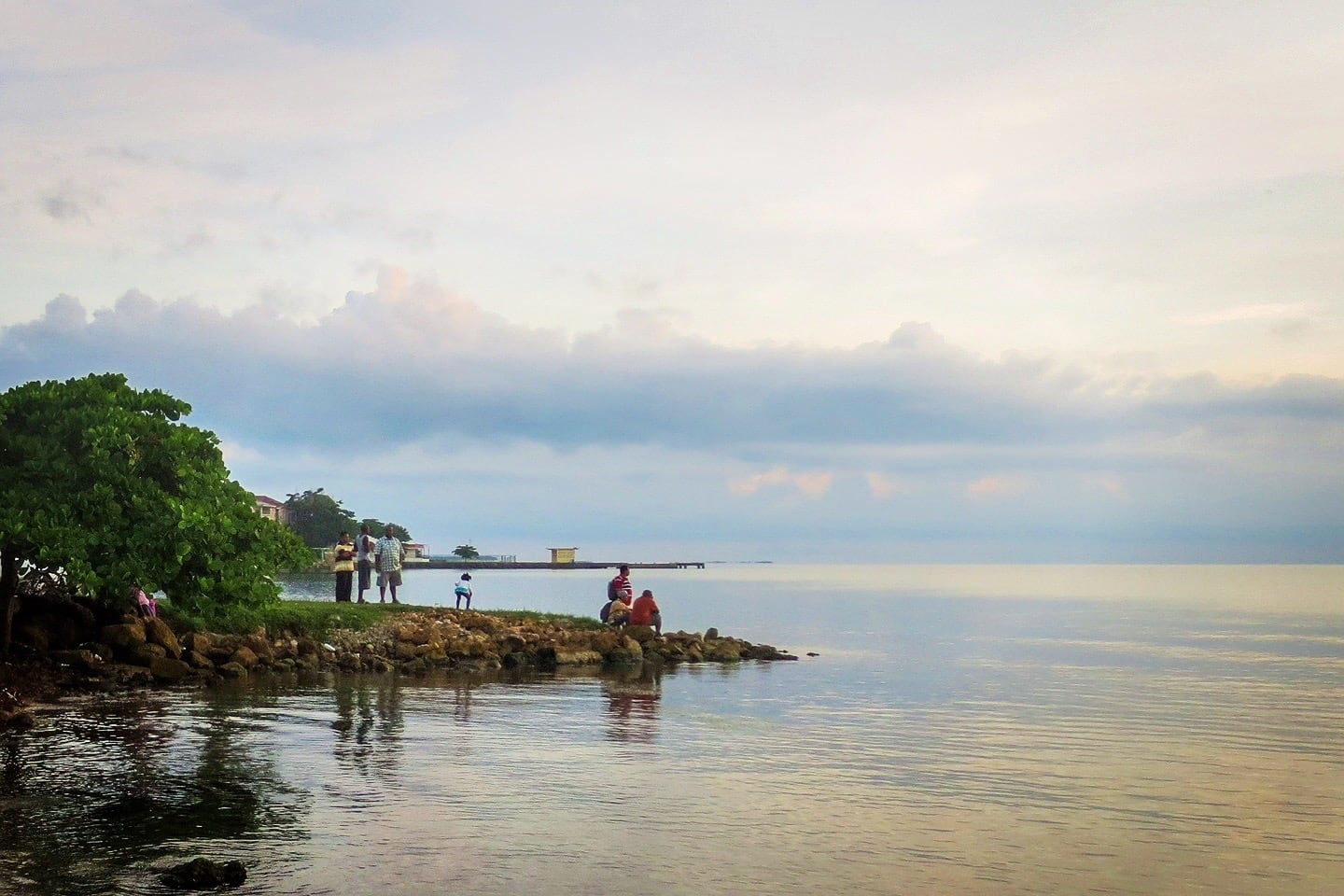 Where to Stay in Punta Gorda

At first glance, there might not seem like a lot of lodging options in Punta Gorda. But dig a little deeper and you’ll find some real gems.

Keep in mind that lodging in Belize tends to cost more on average than elsewhere in Central America.

These four picks offer excellent value for Belize and are where we’d stay ourselves if we were to book our own stay in PG today.

TOP BUDGET PICK ▸ St. Charles Inn is a solid, no frills choice and good value in the heart of central Punta Gorda. See prices and availability on Booking.com or TripAdvisor.

TOP BUDGET PICK ▸ Coral House is where a good many of our friends and colleagues choose to stay when visiting PG. Upmarket amenities and a swimming pool await, all a short walking distance to the town center. Check it out on Booking.com or TripAdvisor.

TOP PICK IN THE JUNGLE ▸ Sun Creek Lodge has nice thatch bungalows in a jungle setting that is easily accessible by car just a short distance from town. See more on TripAdvisor / Booking.com.

SPLURGE ▸ Copal Tree Lodge by Muy'Ono Resorts is THE place in Southern Belize for an unforgettable stay to mark a special occasion (or if you simply want a bit of first-class pampering). See it on Booking.com / TripAdvisor.

We use and recommend World Nomads!

Overseas travel is full of surprises. Rest easy and get the most out of your trip with a solid travel insurance policy. Are you covered?

Looking for the best deals on a room?

With properties in over 150,000 destinations, Booking.com is our favorite site for finding hotels and guesthouses.

Our favorite tool for finding the best local guides & tours, booking in advance online, and getting the best deal (with free cancellation!)

Have You Experienced Garifuna Settlement Day? 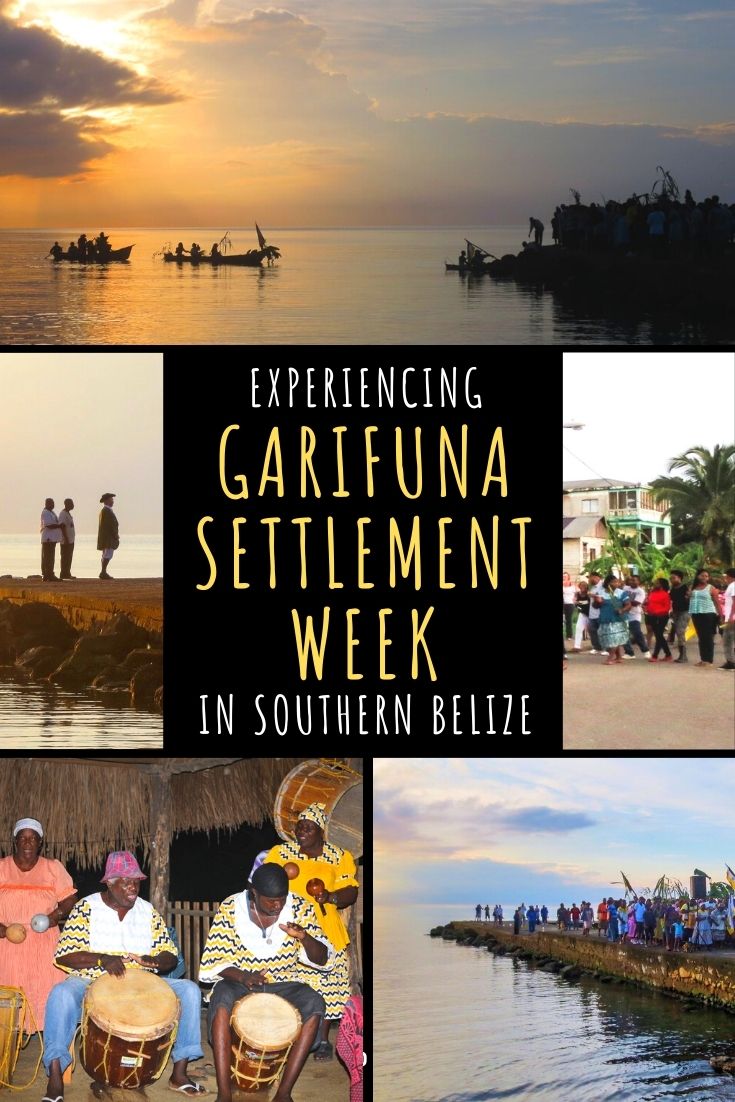 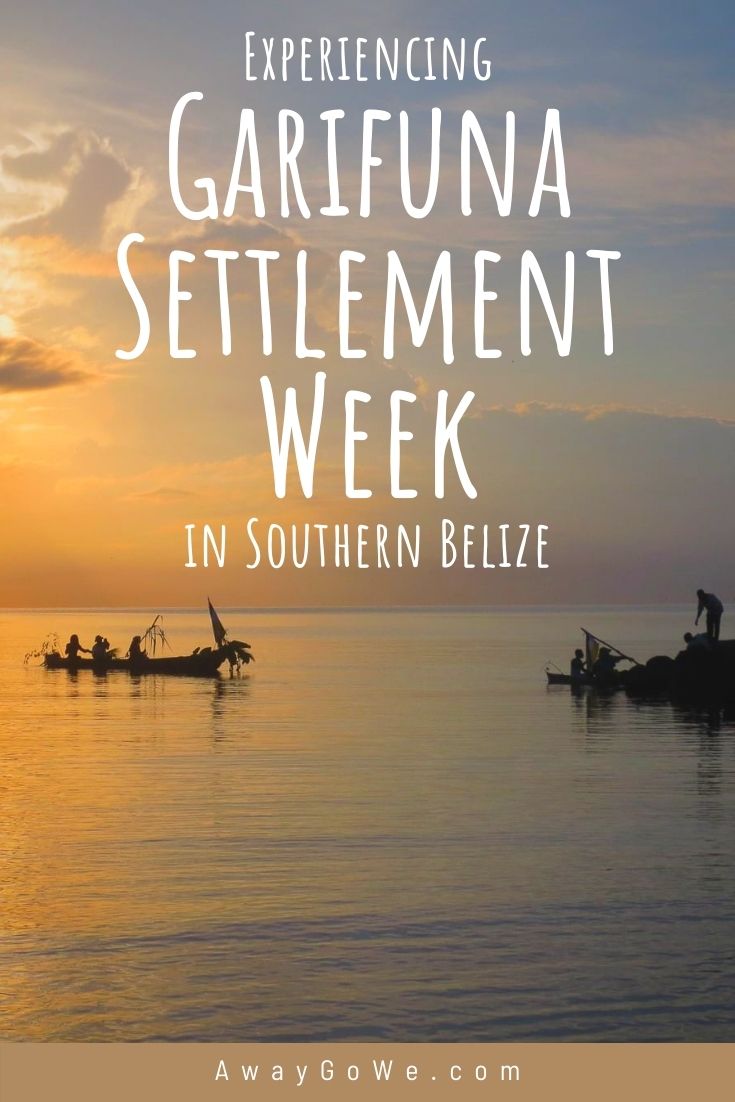