Day Two brought out the Dominican sunshine and people, allowing for a nice stroll around Old Town Santo Domingo and its many historical and fascinating sights.

Day #2 in Santo Domingo brought people out in the streets and bright Caribbean sunshine.

Lori and I took a stroll down Duarte and El Conde and stopped to have breakfast at Hotel Conde, a bustling outdoor cafe on the Parque Colon that offered a long list of omelets and sandwiches with a variety of exotic juices.

We knew the place wasn’t exactly a “local” joint, but was exactly the vibe we were looking for to help get a jump on our day of sightseeing.

We enjoyed our breakfast sandwiches, balmy morning weather, and people watching — a perfect start to our time backpacking the Dominican Republic.

After breakfast, Lori and I consulted our list of must-see attractions and paid a visit to Santo Domingo’s 16th-century colonial fort on the river (Fortaleza Ozama), which was actually really worth a visit.

The remarkably well-preserved fort was relatively empty, not the least bit commercialized, and no part of the structure was off limits to the public.

As a bonus, the natural light throughout the fort lent itself nicely to picture taking. And Lori proved a lovely and patient subject. 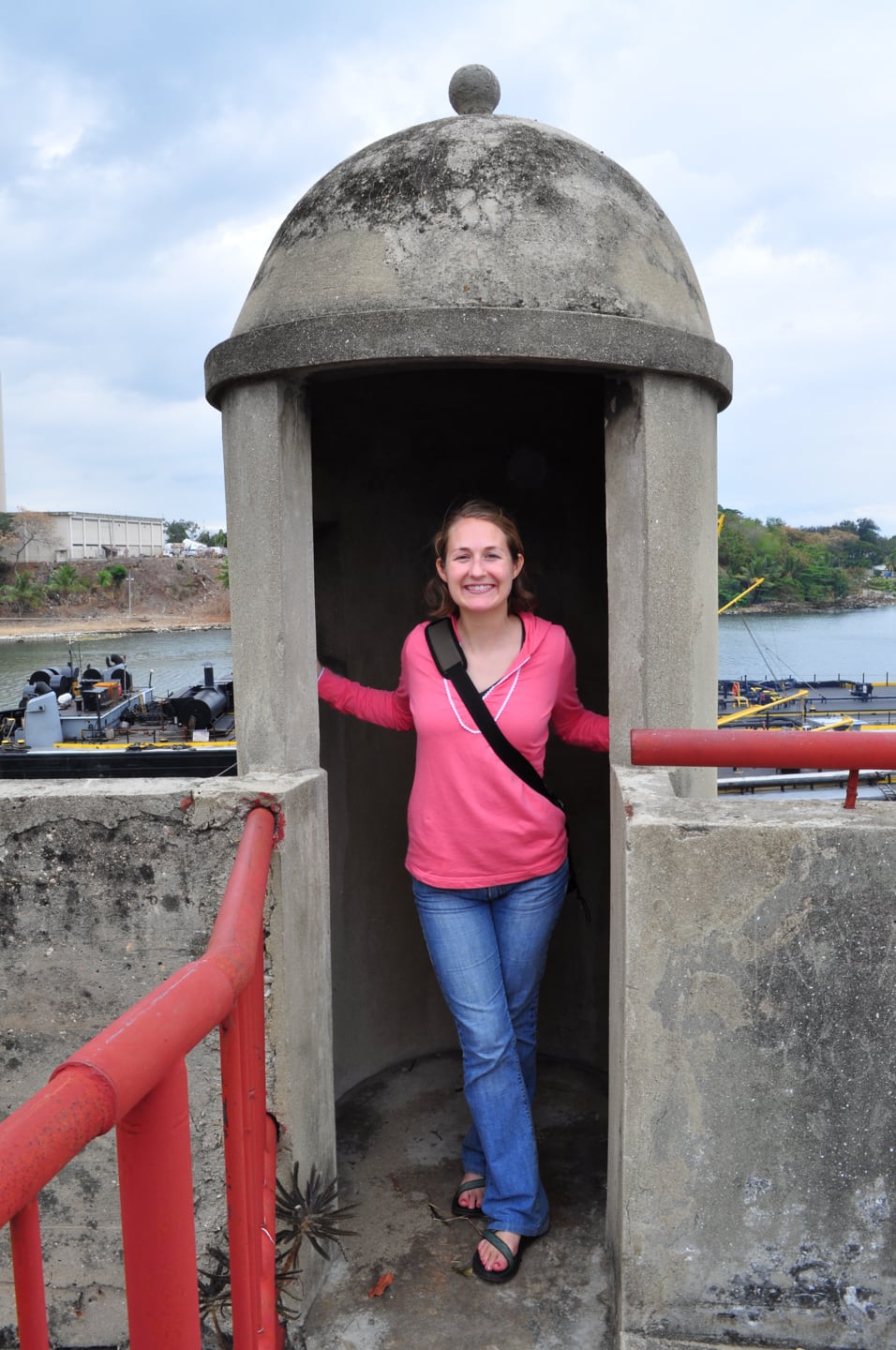 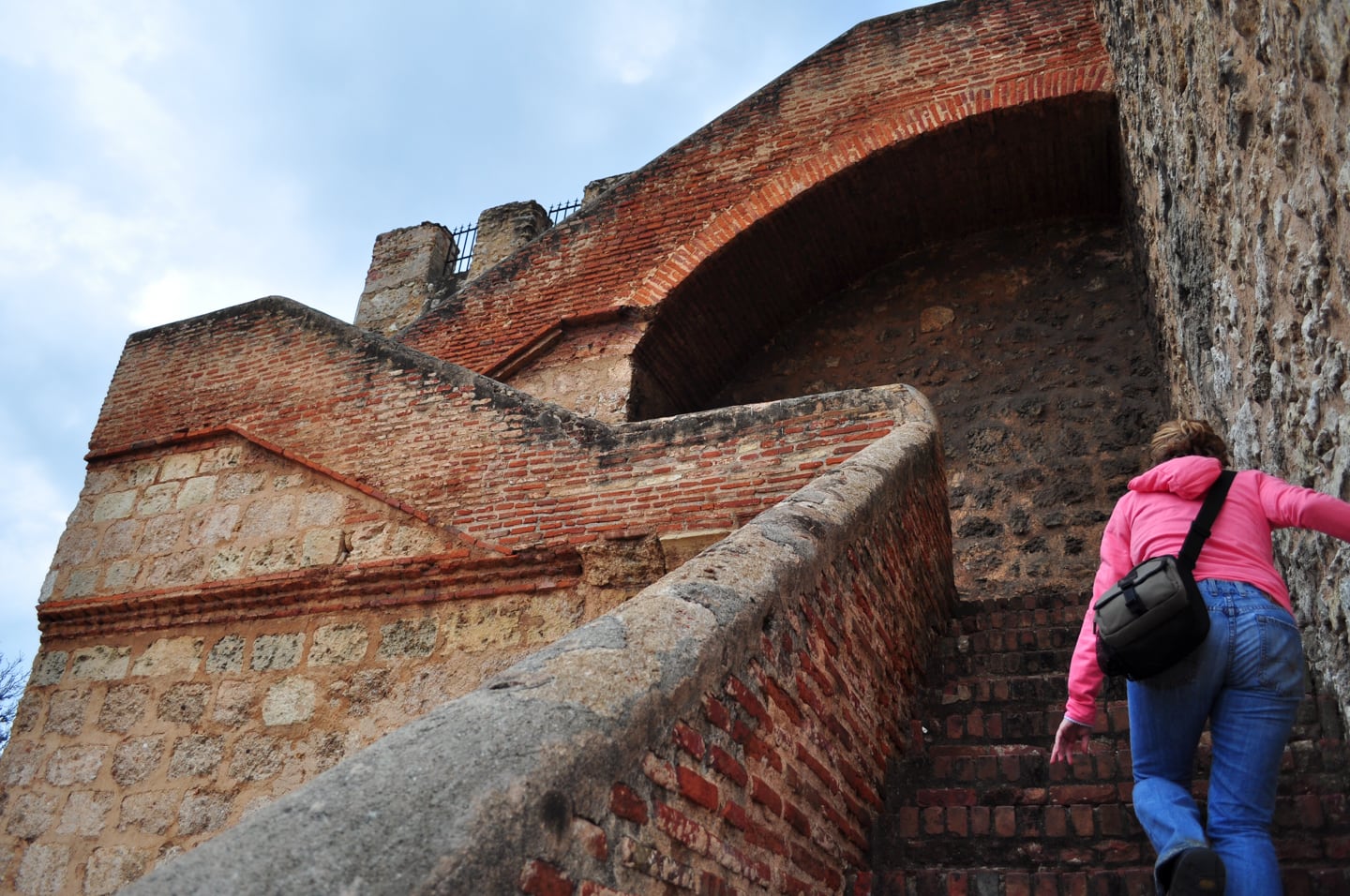 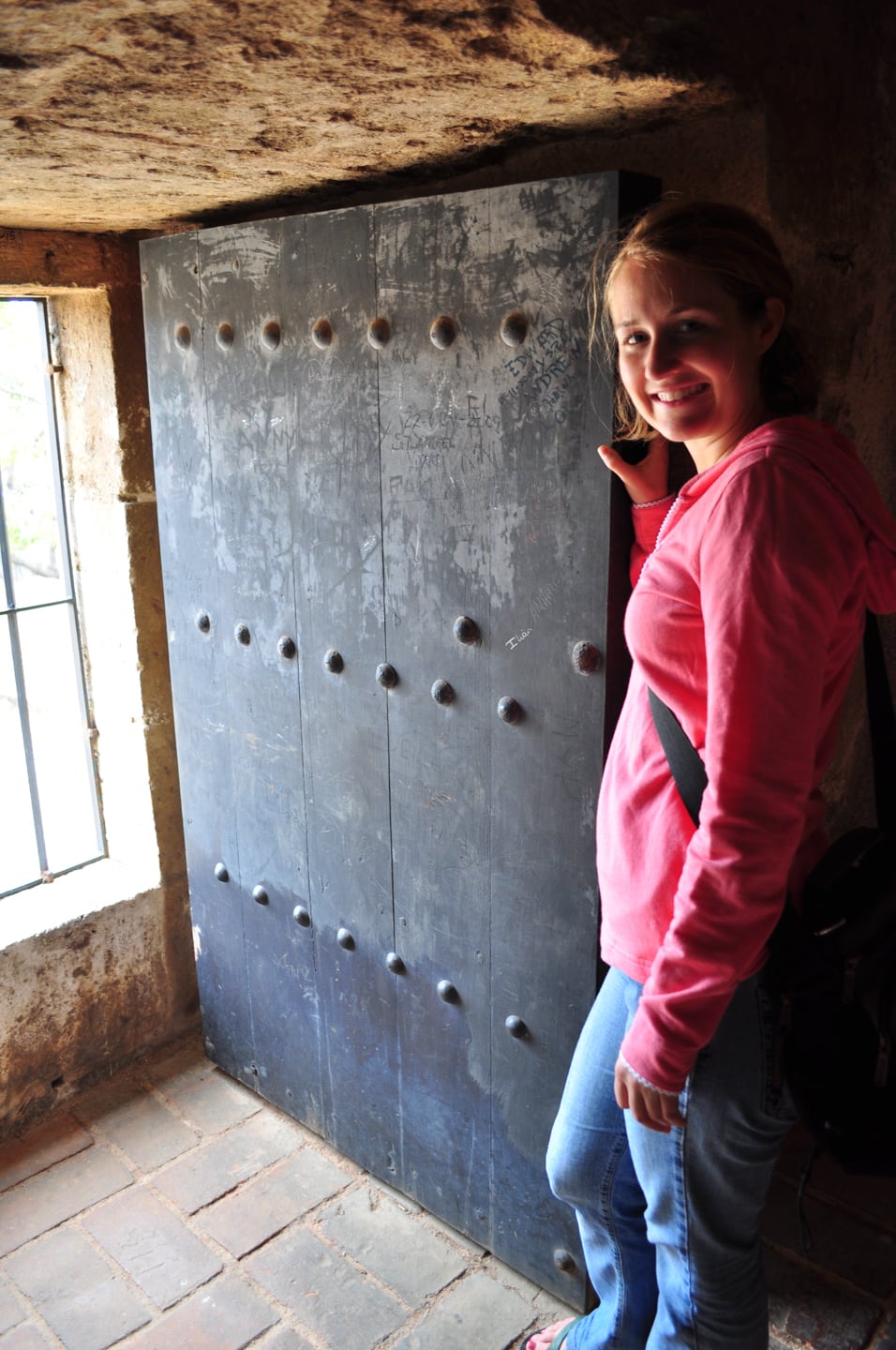 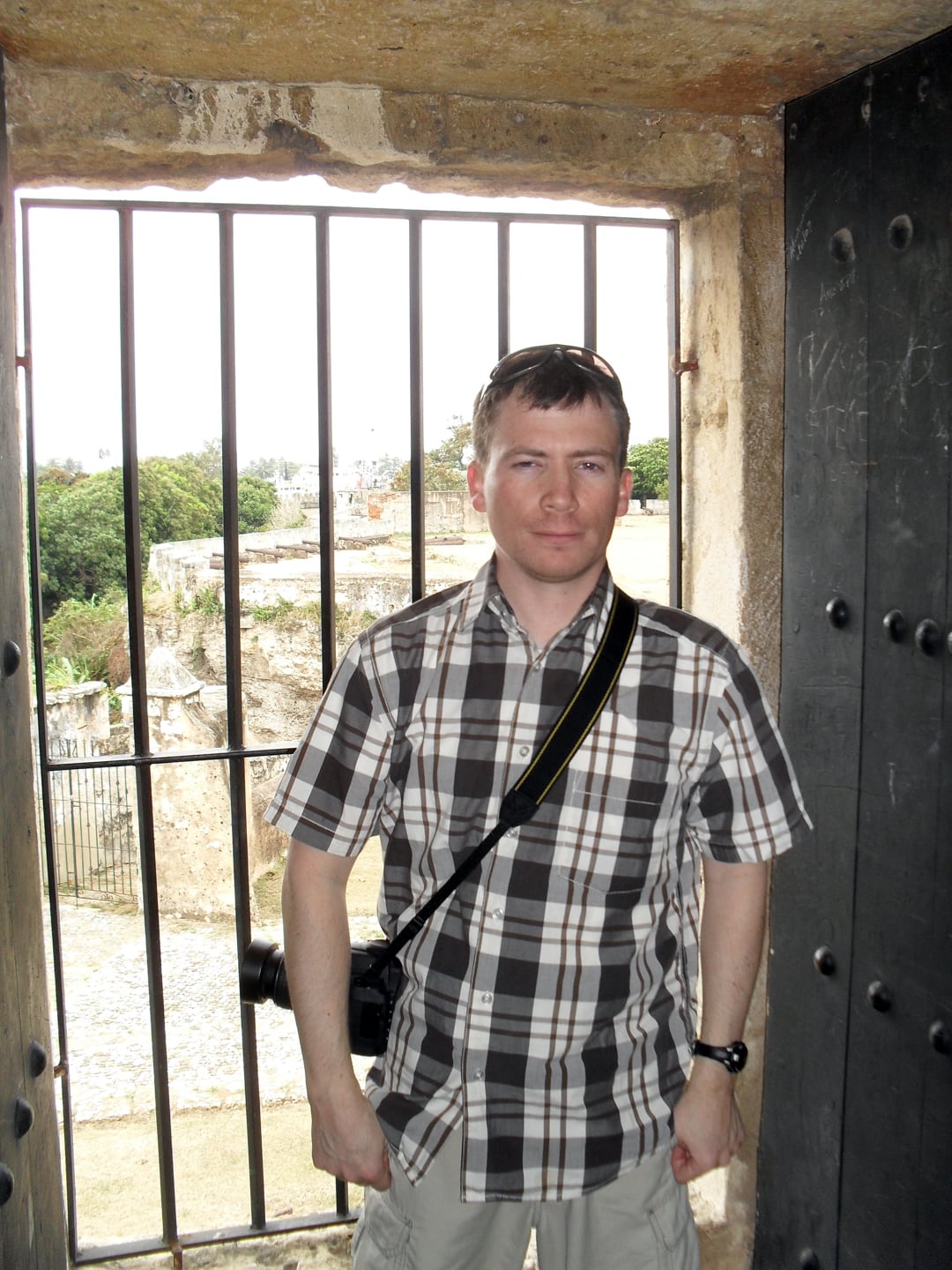 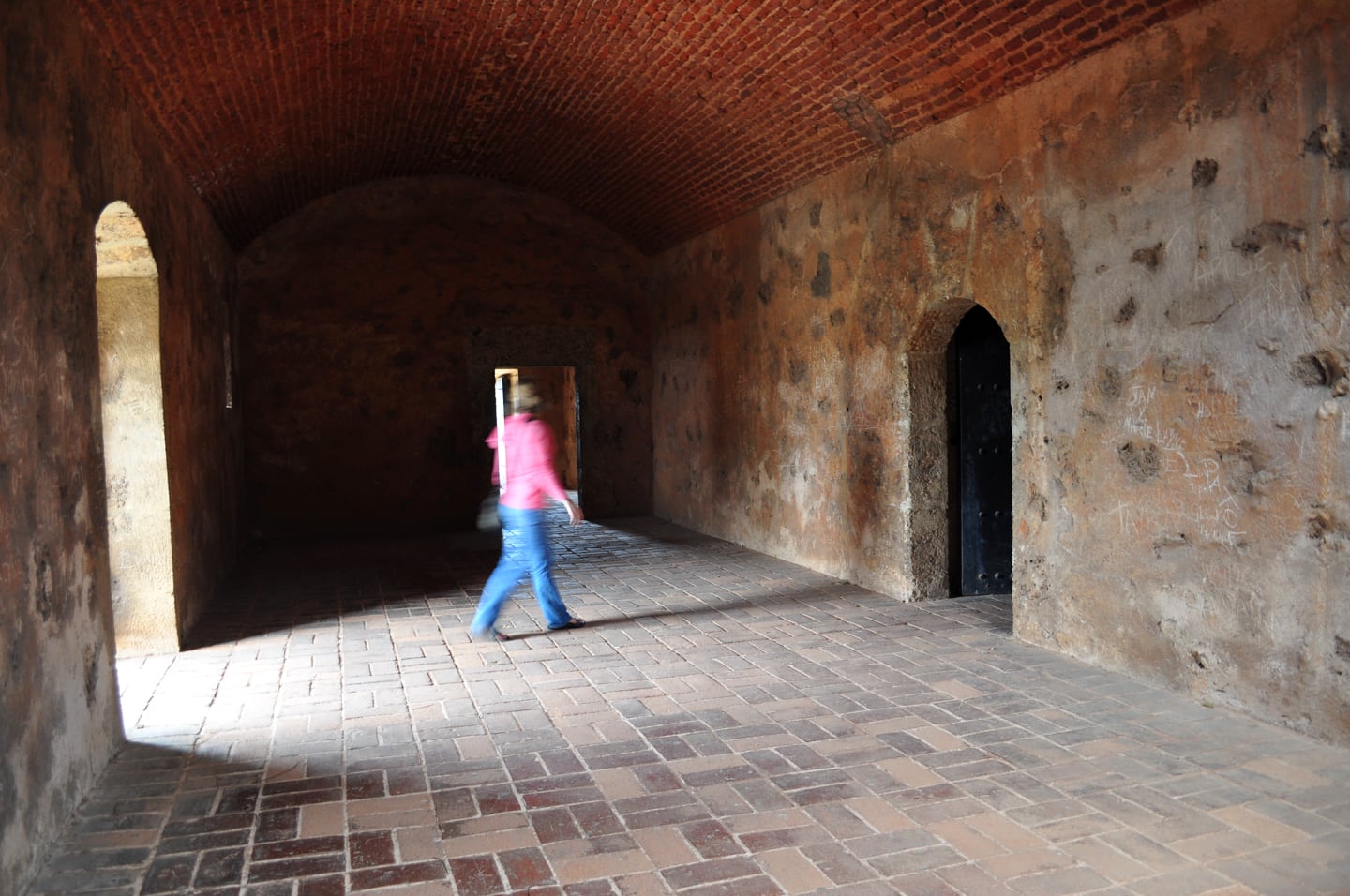 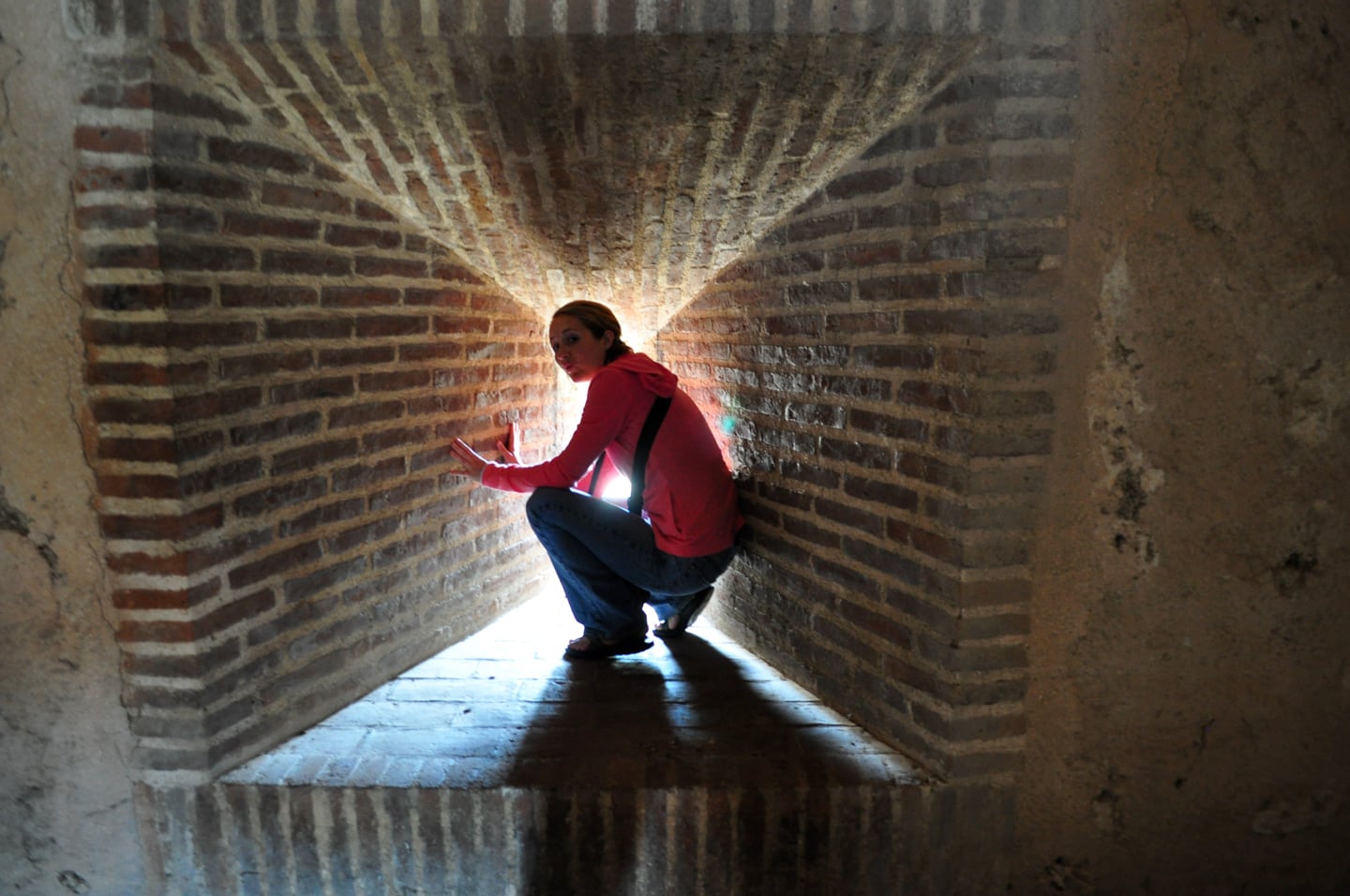 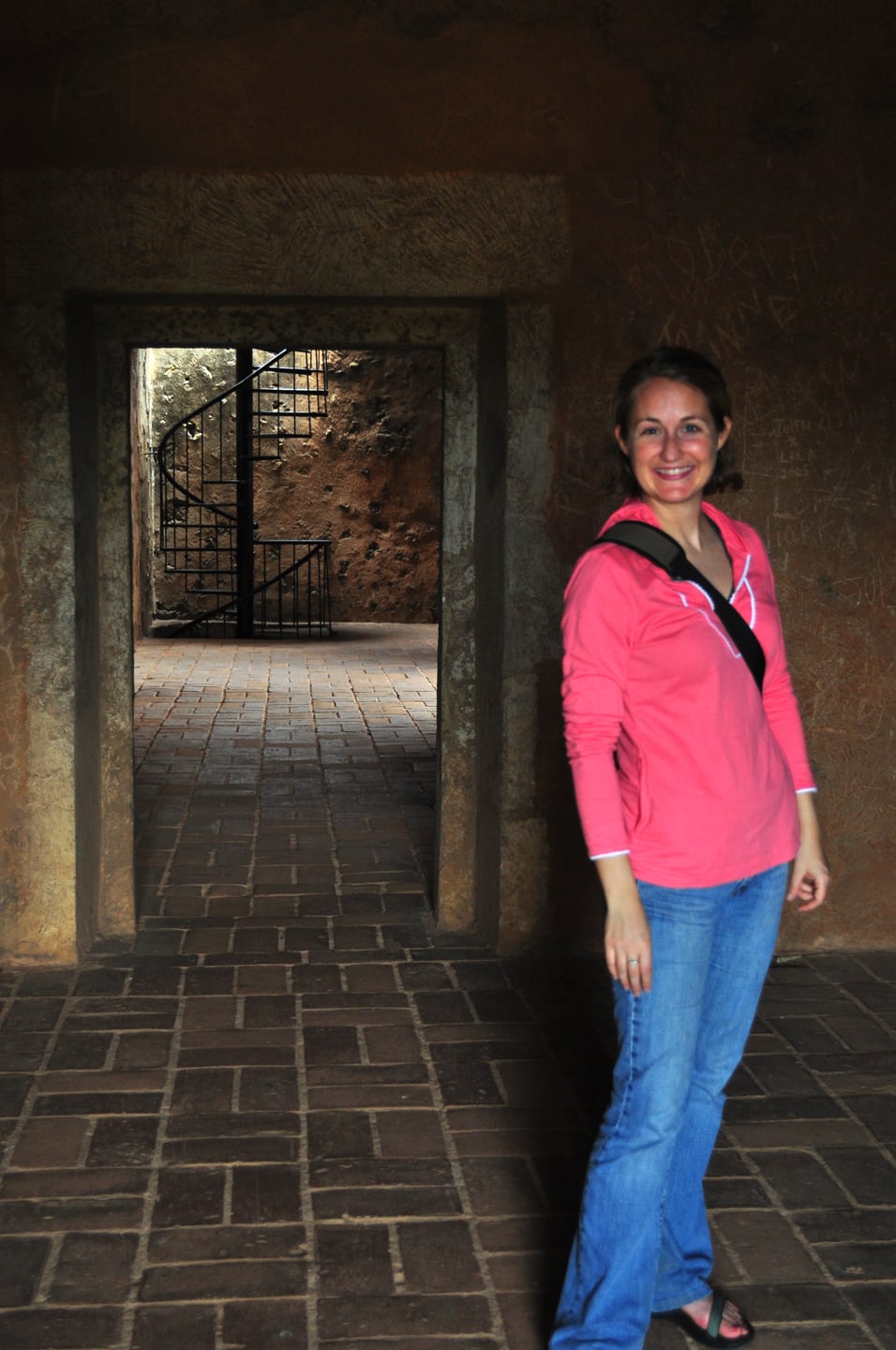 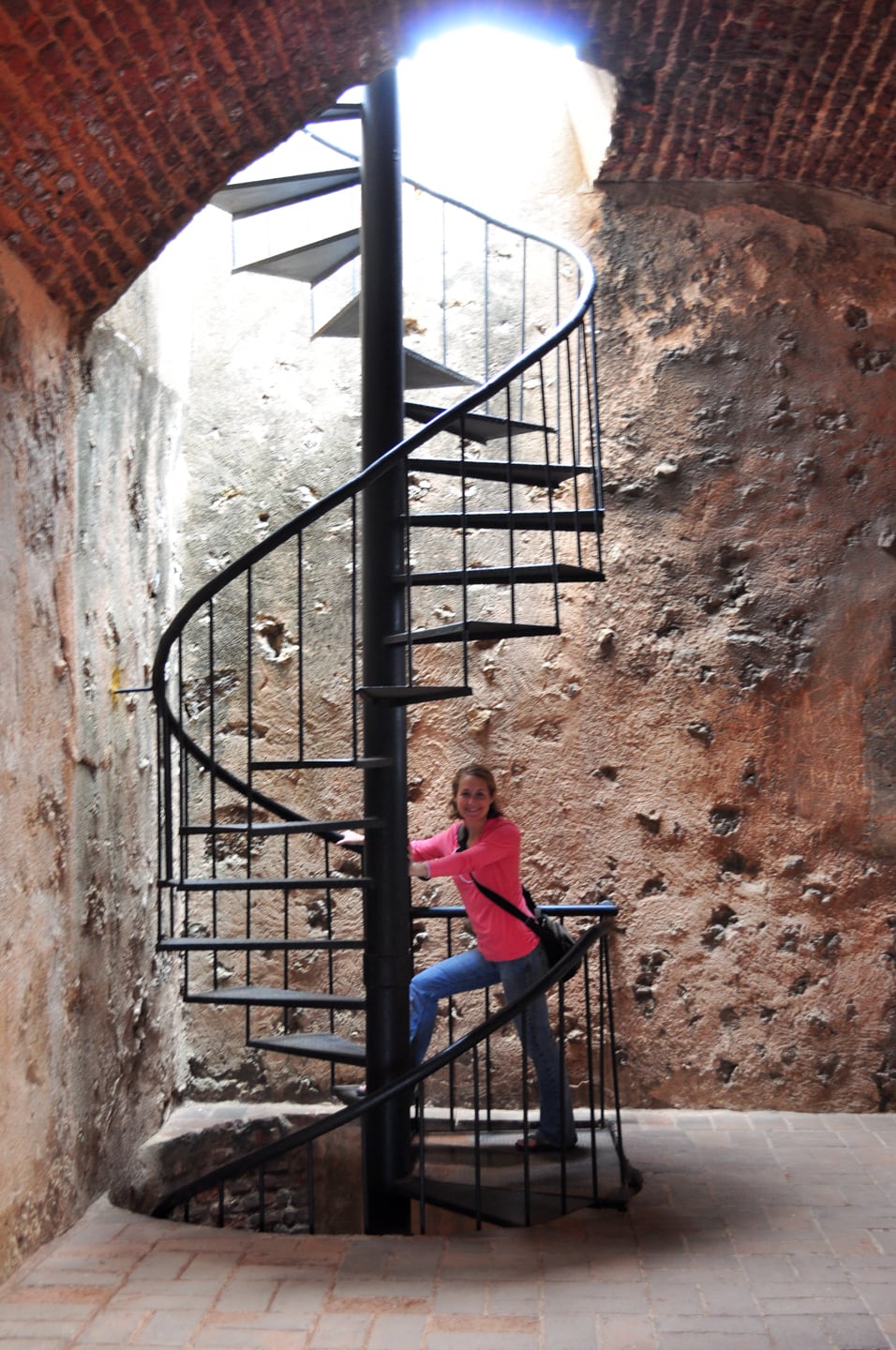 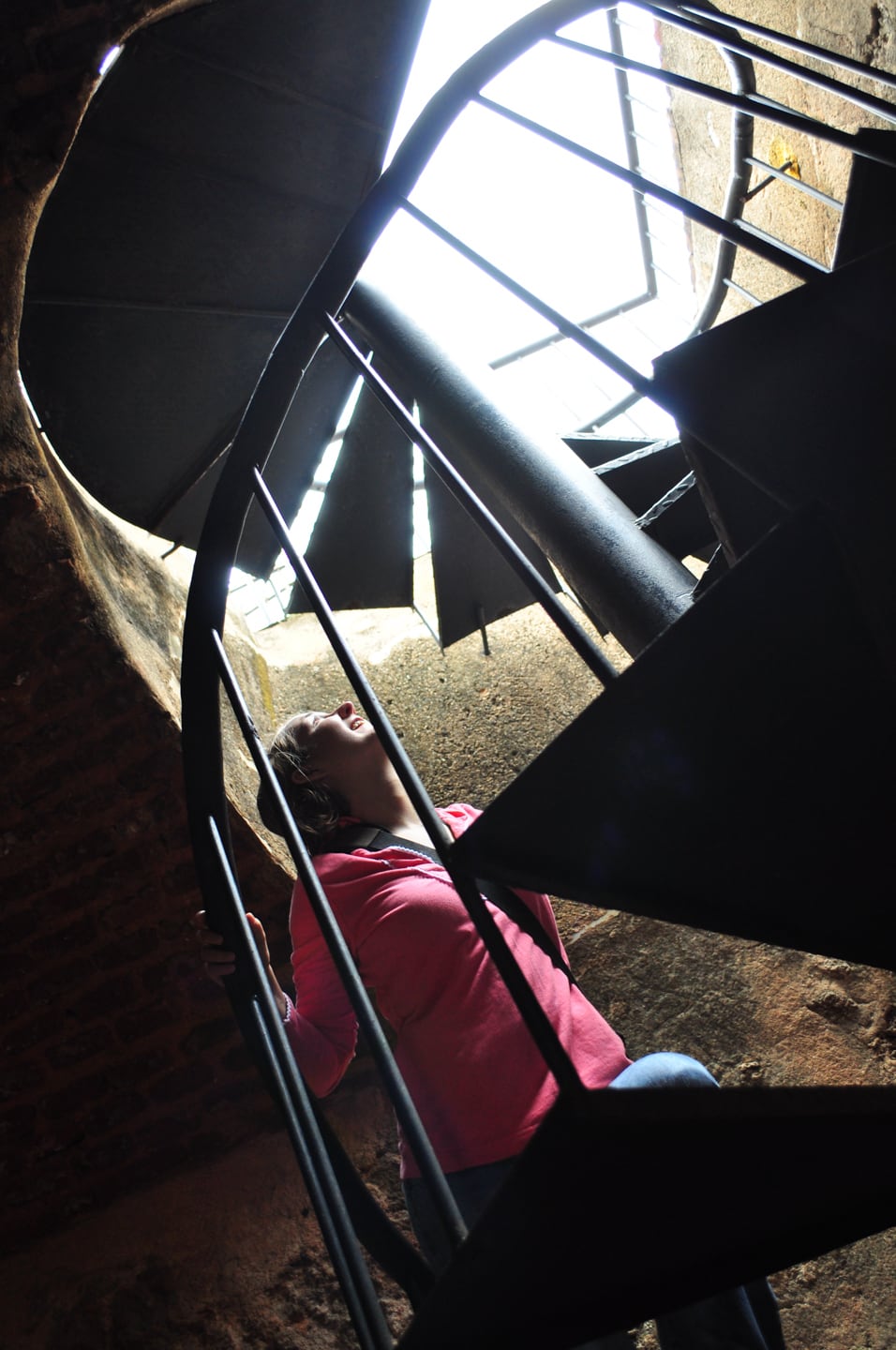 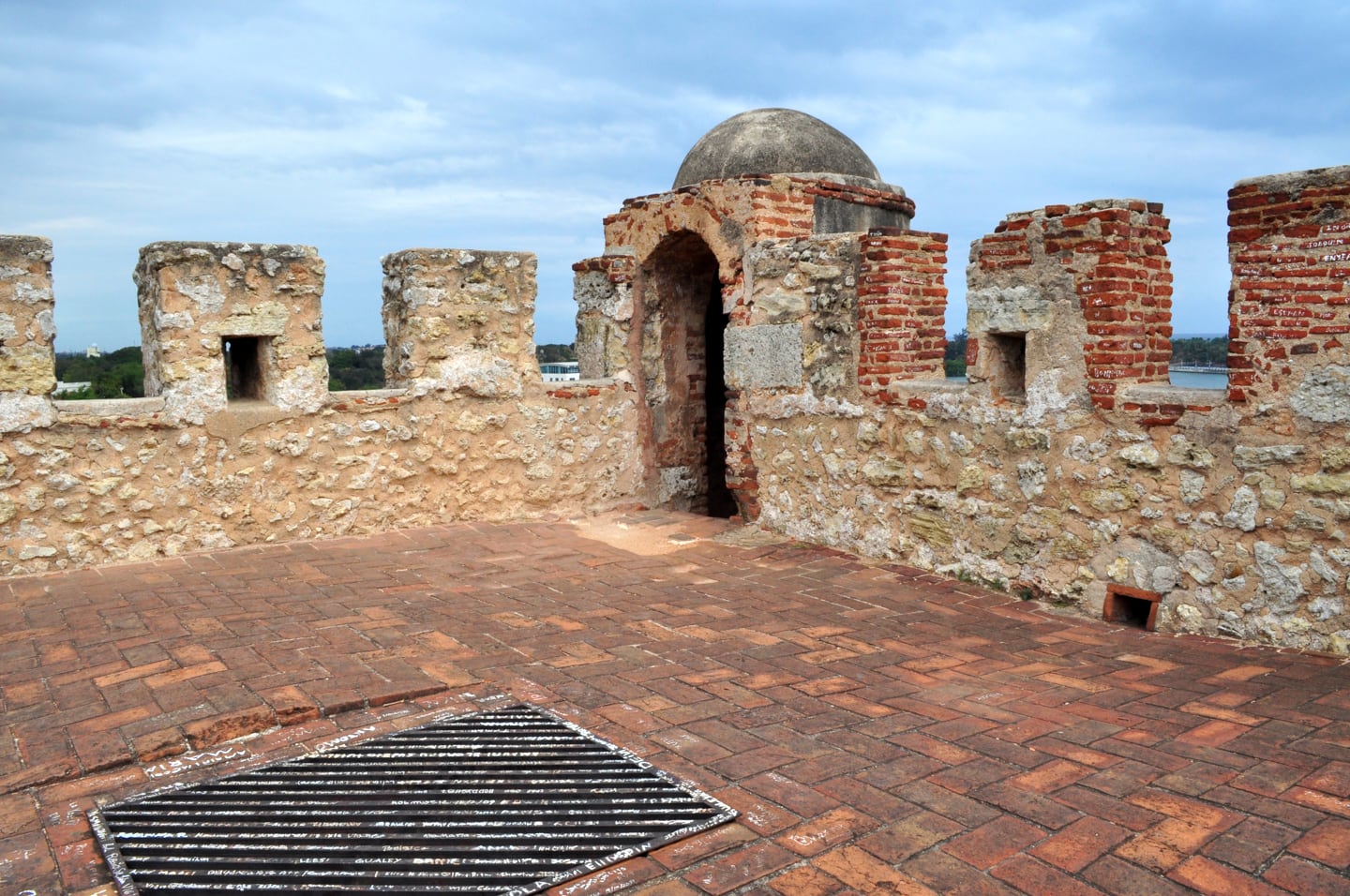 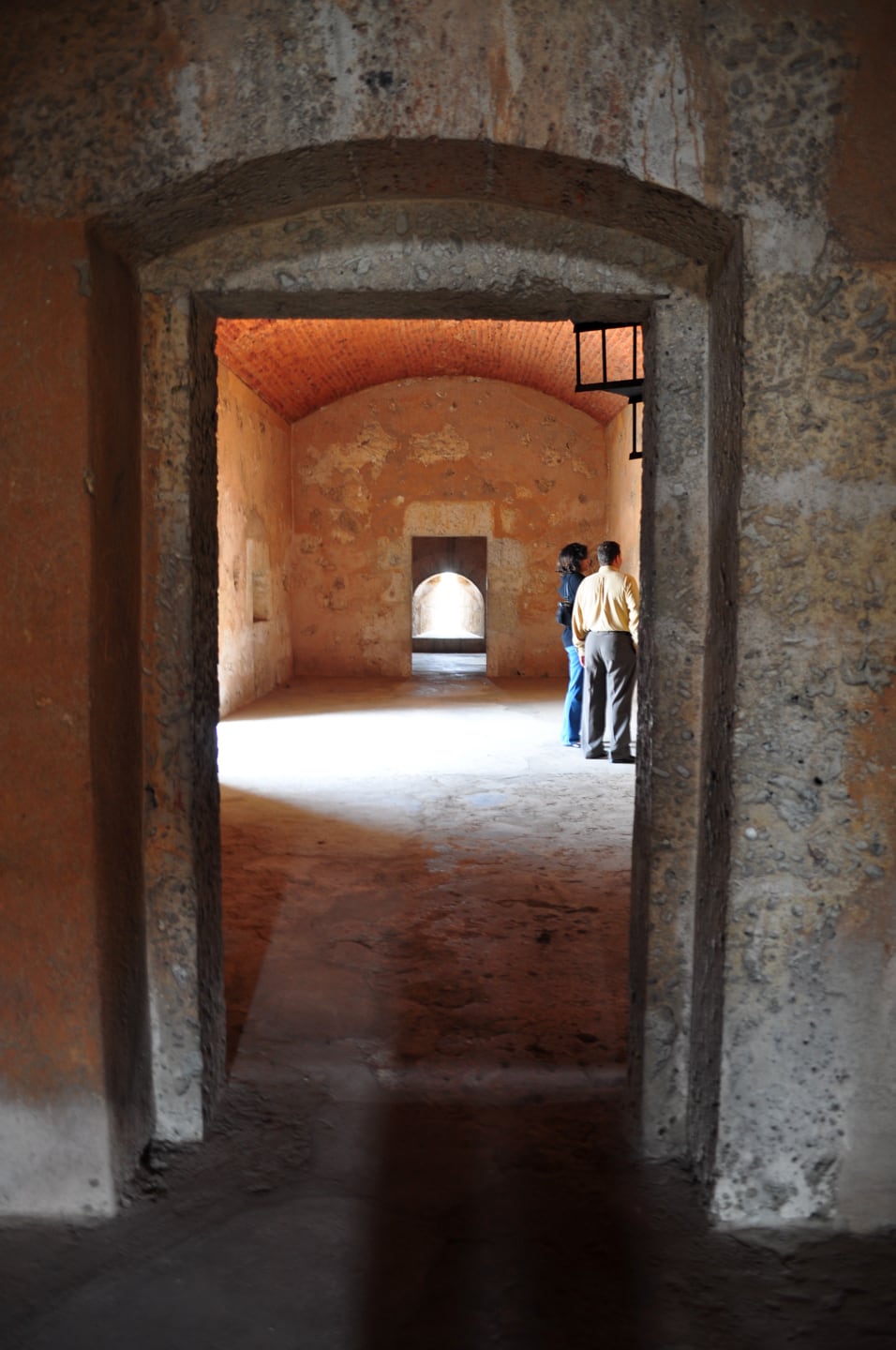 One of the most fun and interesting parts of the fort was the eclectic collection of various military machinery and installations.

There were a number of armored trucks and tanks spanning several decades, canons, fixed guns, and (I hope) decommissioned bombs, missiles, and torpedoes — apparently now being used as seating for the fort’s many loitering police officers and military personnel. 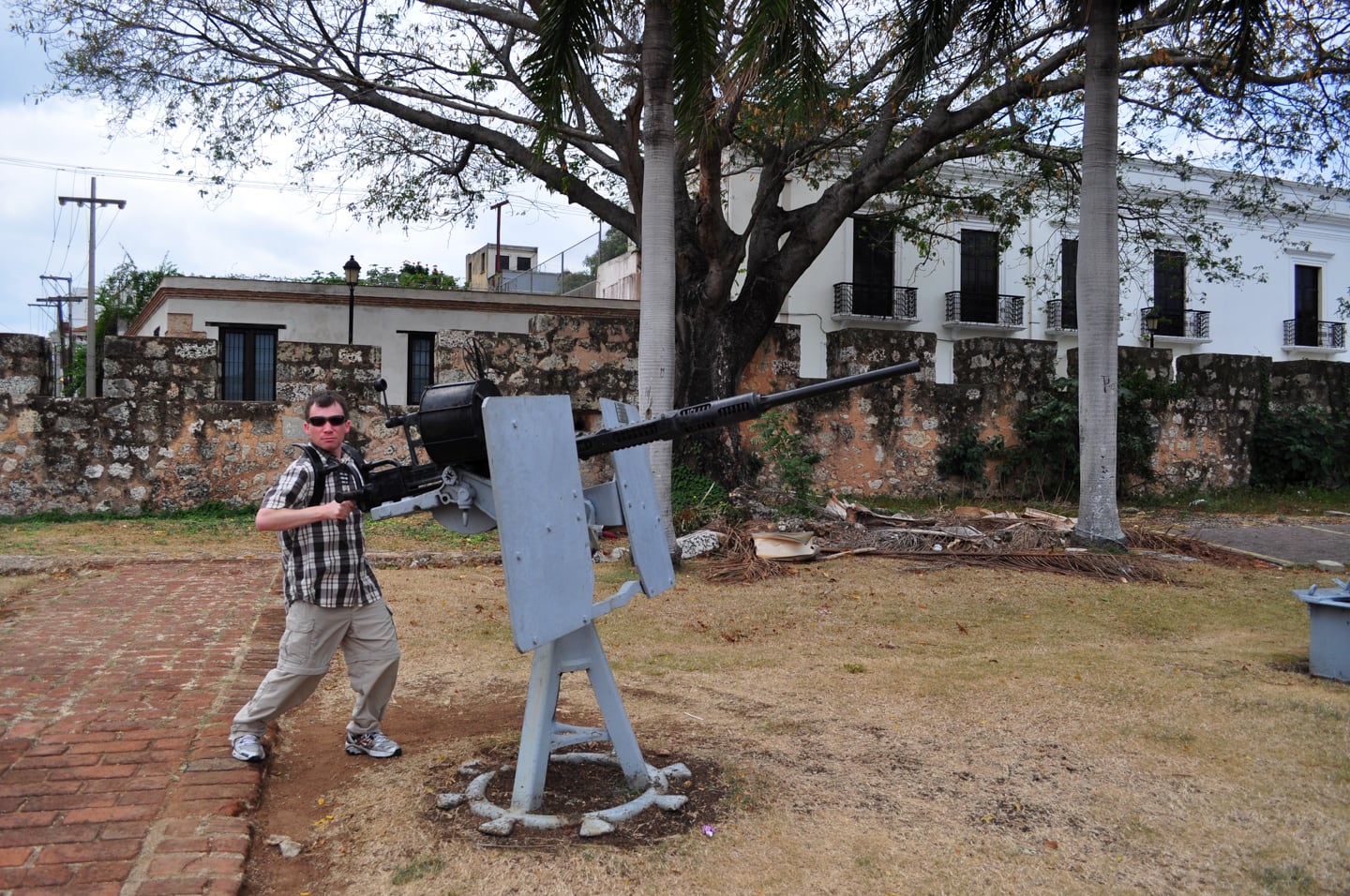 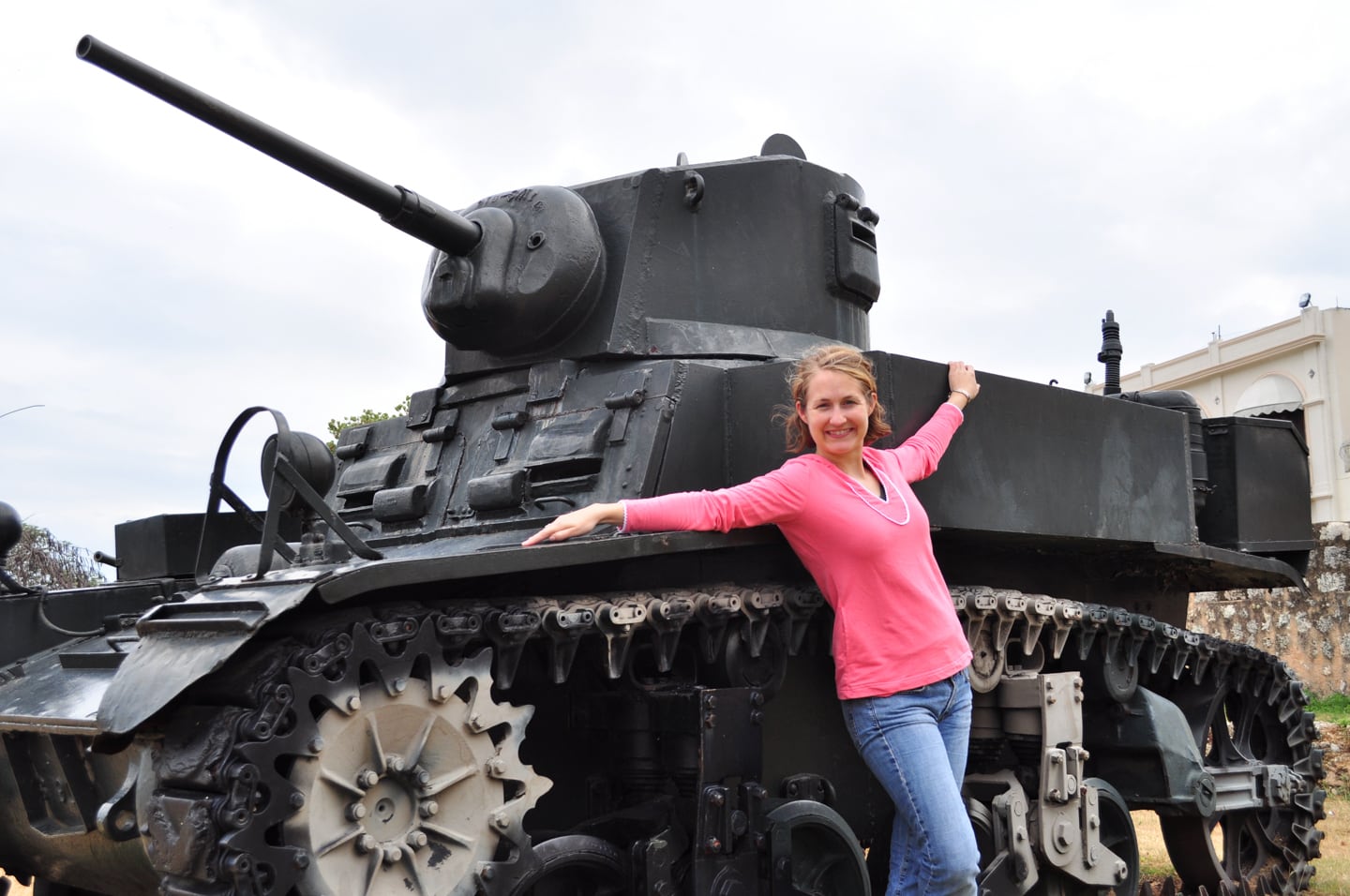 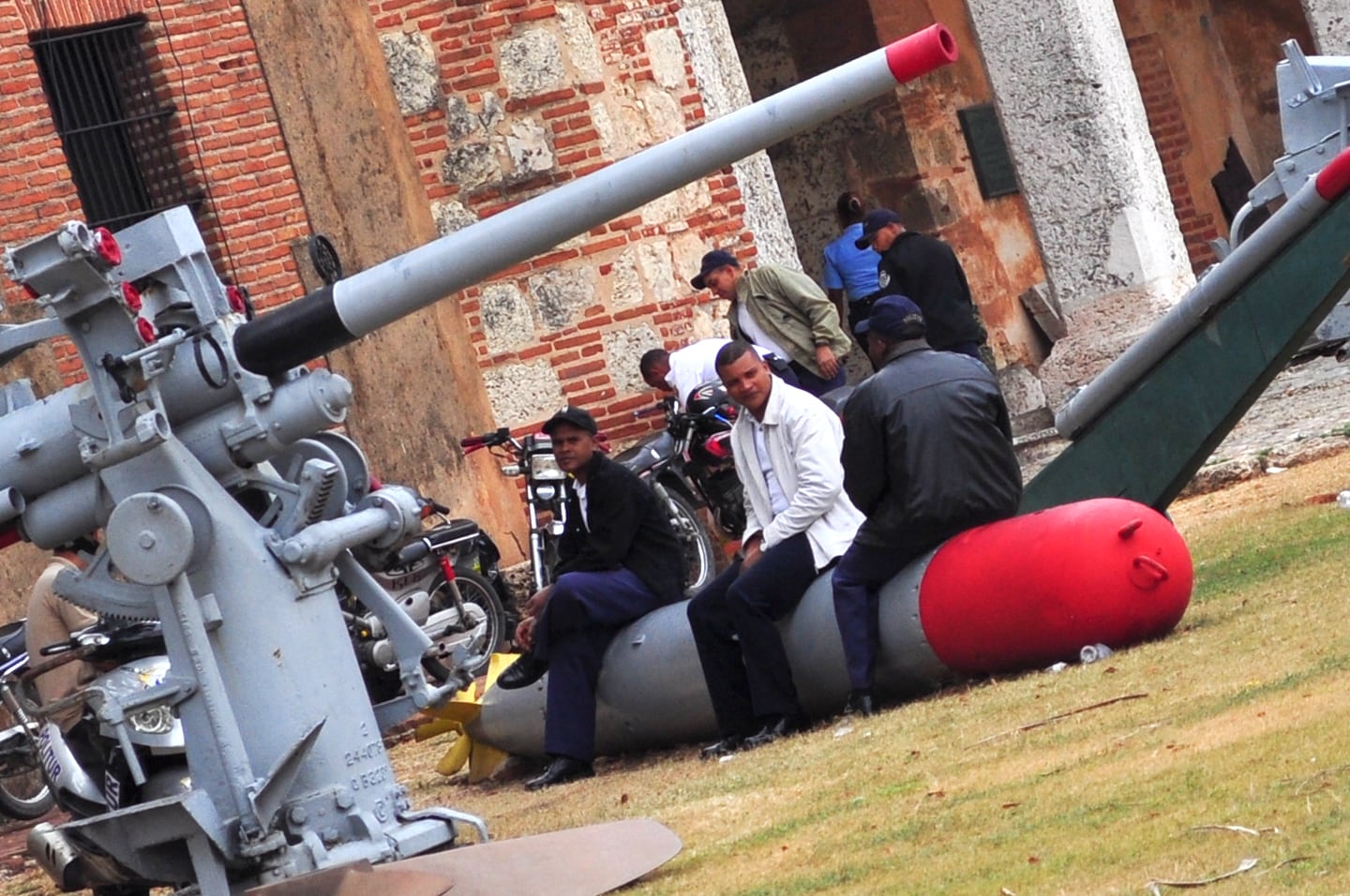 Next, our things-to-see-in-Santo-Domingo shortlist took us to the National Pantheon, a building with a fascinating history. Its most recent incarnation is (as the current name would suggest) that of national mausoleum where some of the DR’s most honored and beloved come to nap…eternally. 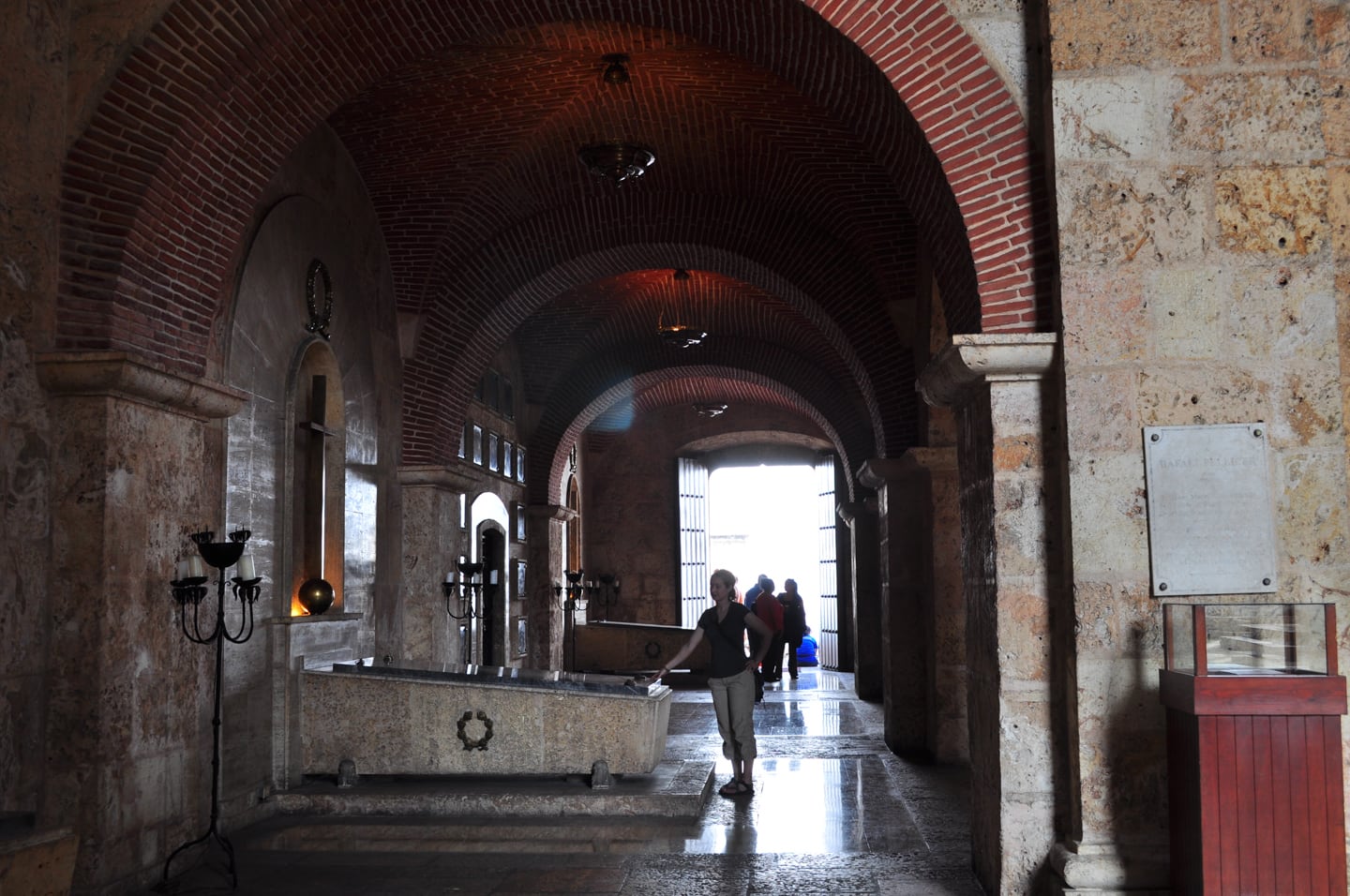 Next, we took a stroll through the Plaza España where we passed Chris Columbus’ son’s old palace, the Royal Palace and, of course, the Museum of Ham.

After some Presidente beers at a cafe in the Plaza España, we started making our way down to the Malecón via the ruins of a 16th-century hospital.

We hadn’t originally planned on walking down to the Malecón (seawall, also the part of the city along the sea) but a run-in with a “tourist guide” earlier that day piqued our interest.

The guide seemed nice enough and claimed that his services were free, but he was way too eager and well dressed to want to lead us around town for an hour for nothing.

He even had his own little laminated photo tour of the Zona Colonial, but above all else, what he really seemed to want was for us to visit his friend’s cigar factory, which of course sounded too cool to pass up.

We eventually convinced him that his services were not needed, but agreed to go check out the factory, which (though labeled “Fabrica de Tobacco”) ended up being no more than an overpriced cigar shop, though we did learn apparently that Mama Juana, contrary to folklore, was not a Dominican afrodisiac, but a panacea of sorts for aches and pains, just FYI.

Another useful tidbit derived from our little side excursion was that today of all days just happened to be the final day of Carnival (a bit late we thought, considering we were already a few weeks into Lent by now, but this is merely a detail, apparently — easily overlooked by the carefree Dominican masses). 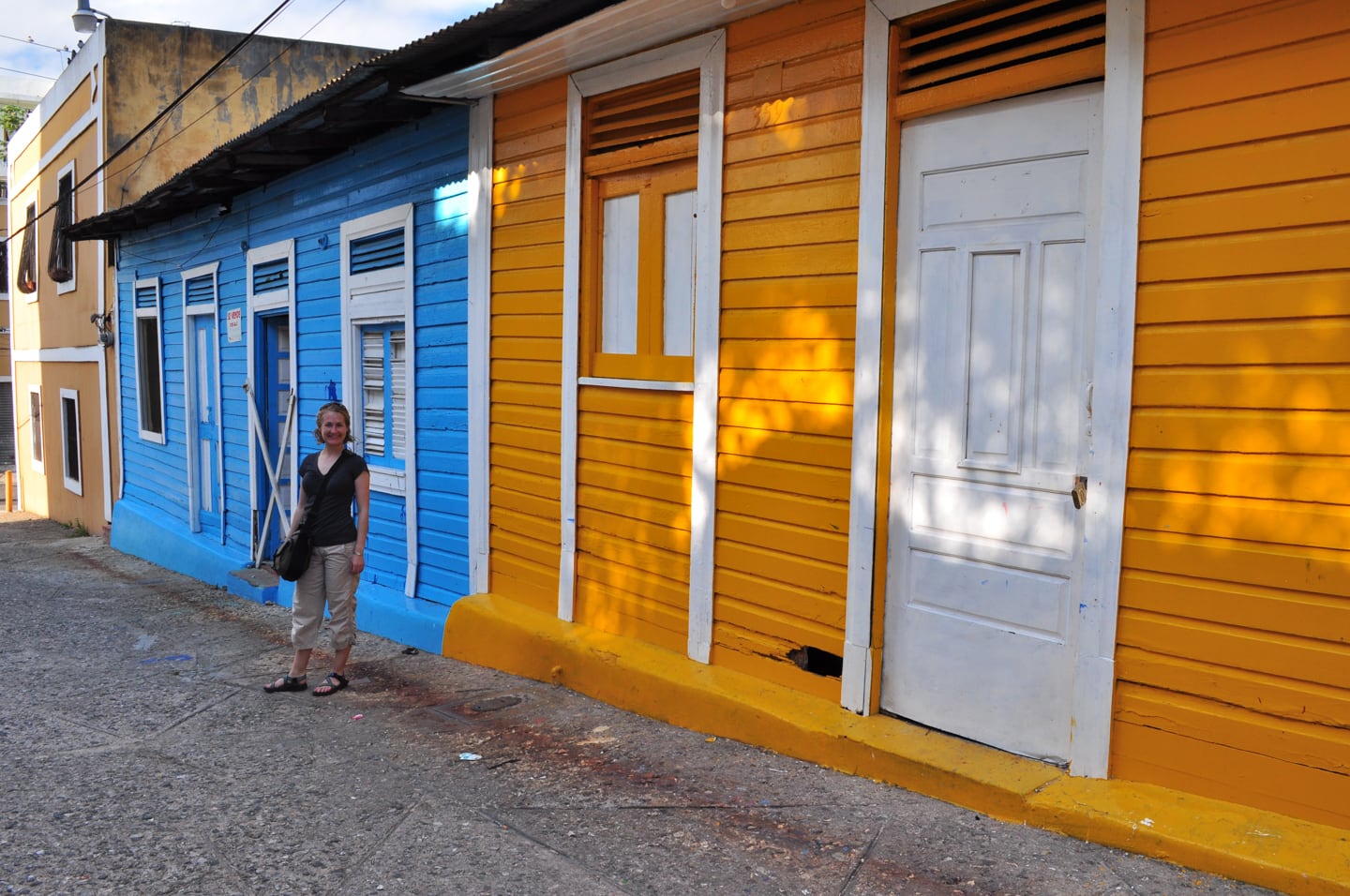 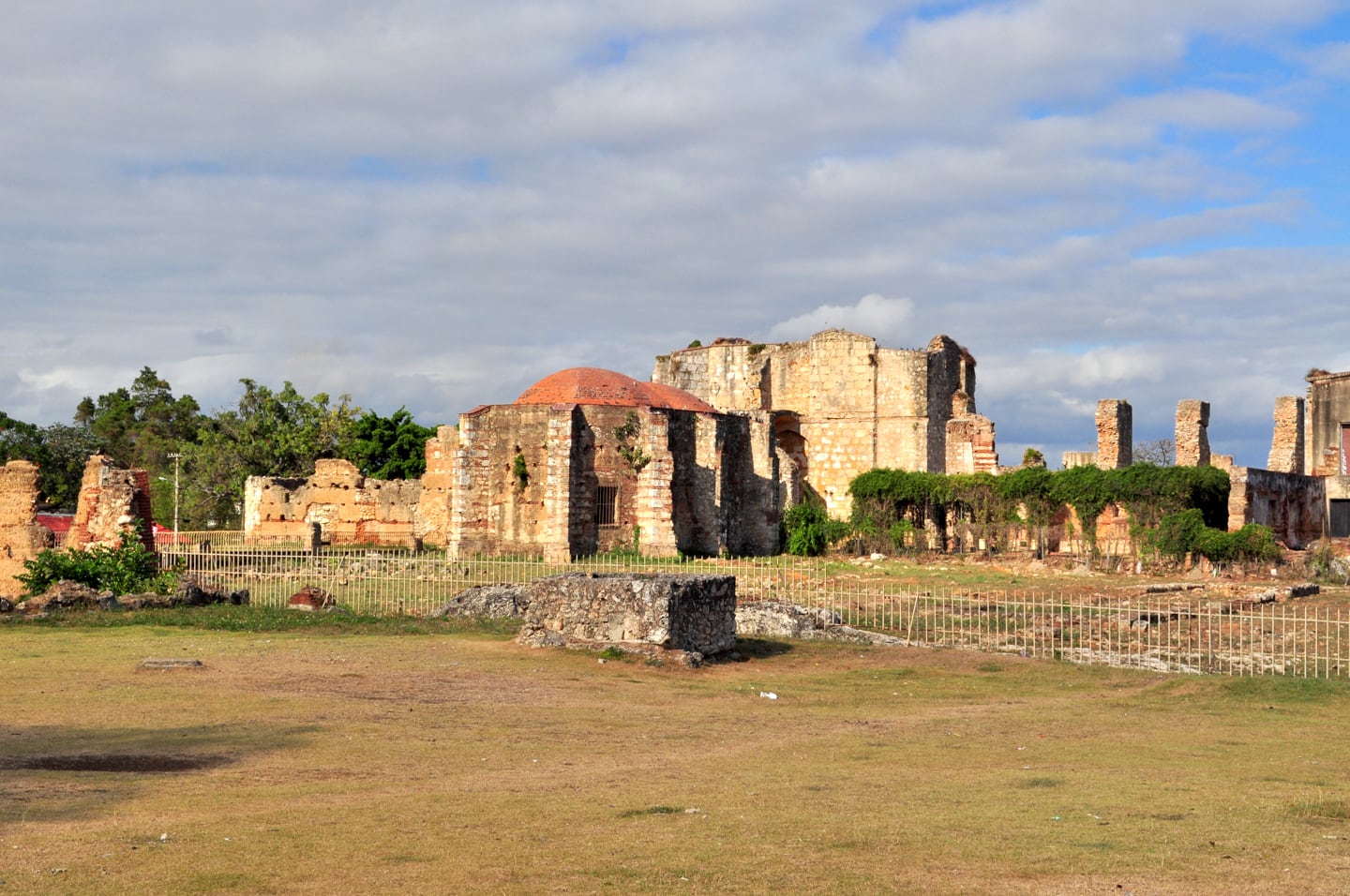 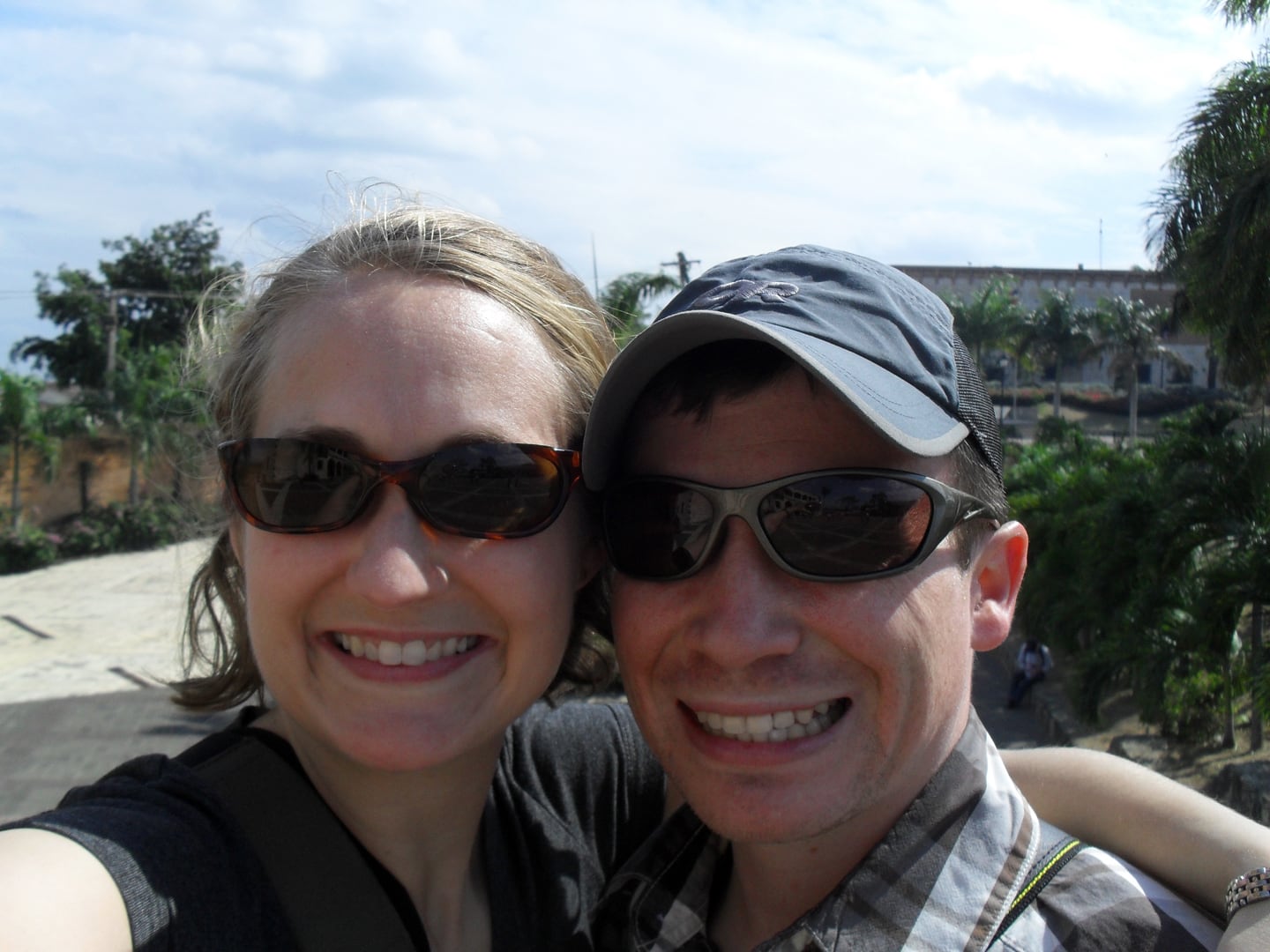 Day #2 of our Dominican Republic backpacking adventure in the can!

Well…not quite. There’s still this business of lazy Carnival to address. Or, maybe the cigar factory tout was merely putting another one over on us. Vamos a ver… 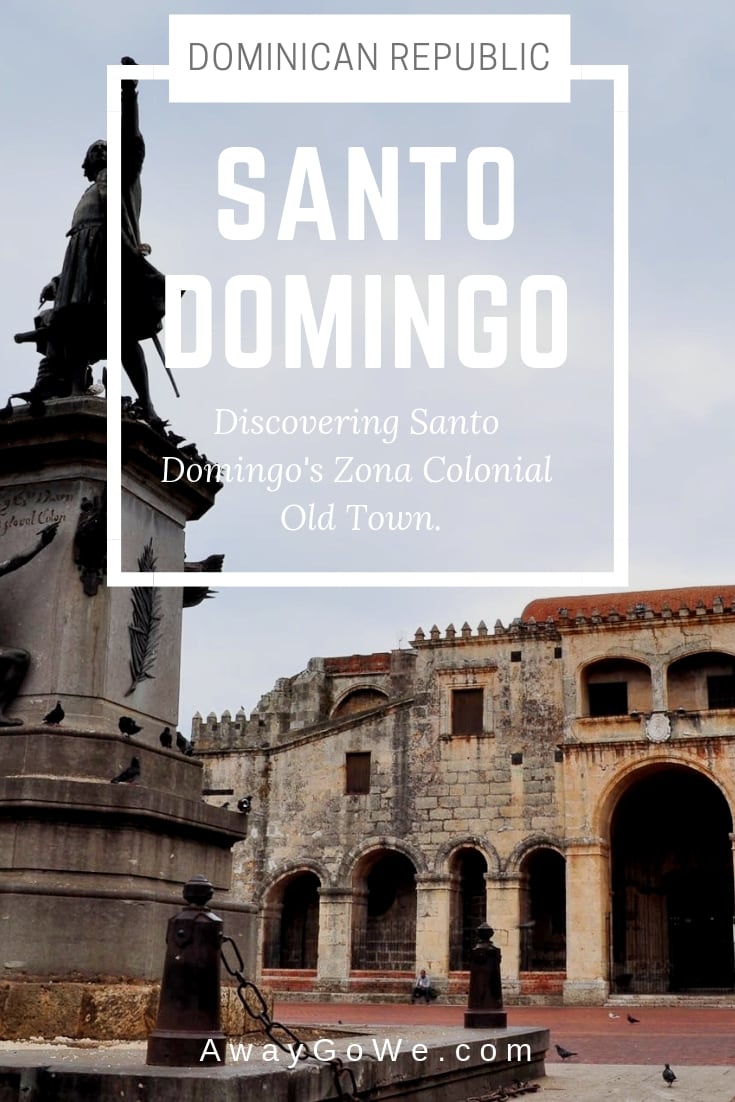