The Wild Wall – Great Wall of China (Without the Crowds)

Most visitors to the Wall visit the Bādálǐng stretch near Beijing, but we opt to venture a bit further afield, visiting an all but deserted portion higher up in the mountains between Jīnshānlǐng and Sīmǎtái.

The Great Wall of course had been on our China itinerary from Day #1. We knew that it was an extremely popular attraction and wanted to find a way to avoid the crowds if possible, so when we found out that lesser-visited, yet comparable stretches of the Wall existed we were all for it.

Most visitors to the Wall visit the Bādálǐng stretch outside of Beijing. We visited a portion higher up in the mountains (about a 2-hour bus ride from central Beijing) between Jīnshānlǐng and Sīmǎtái. In past years, it’s been possible to walk the entire stretch between these two outposts, but Sīmǎtái is currently closed for renovation, so as of July 2012 it is an out-and-back hike from Jīnshānlǐng. 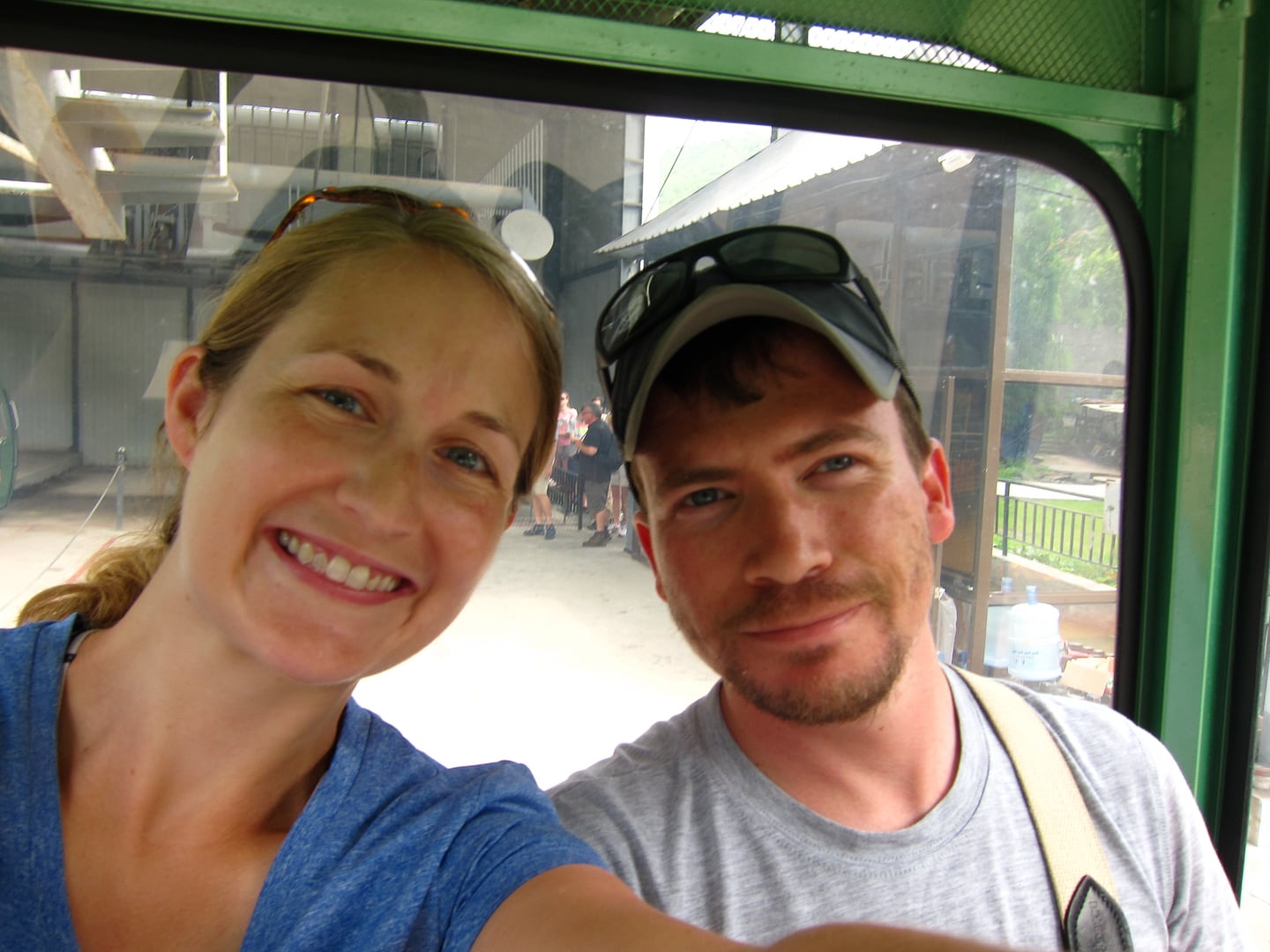 There is an excellent paved path leading from the bus park to the top of the ridge where the Wall is. The tour guides like to tell people that it’s a 30-40 minute climb up to the Wall (though a moderately fit person could do it in under 20). Either way, the optional cable cars provide a fun alternative, affording great views and reaching the ridge in about 20 minutes. There’s a lot to see on the ridge, and some portions can be physically demanding, so it’s probably a good plan to take the take the cable car up to start fresh (it currently costs 40 RMB per person (~$7 USD)). 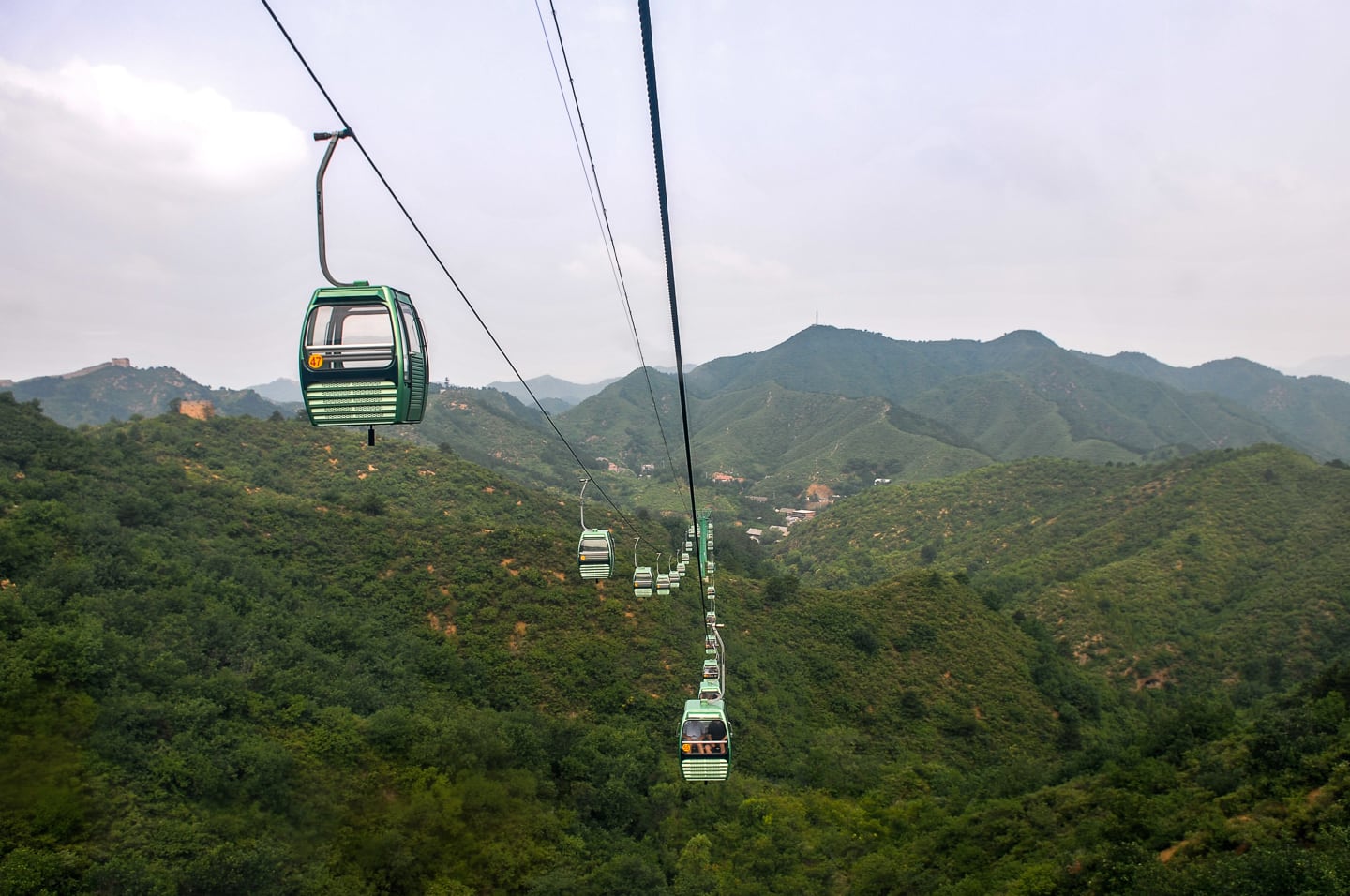 We booked our particular day-trip through our hostel (Lama Temple) which seemed to have competitive rates. The package included tour bus transport to/from the Wall, breakfast and lunch and admission into the park for 300 RMB per person (~$47 USD). It didn’t include the cable car as that was optional. Figuring out transport yourself brings the cost down, but not considerably, and involves at least two separate public bus rides. 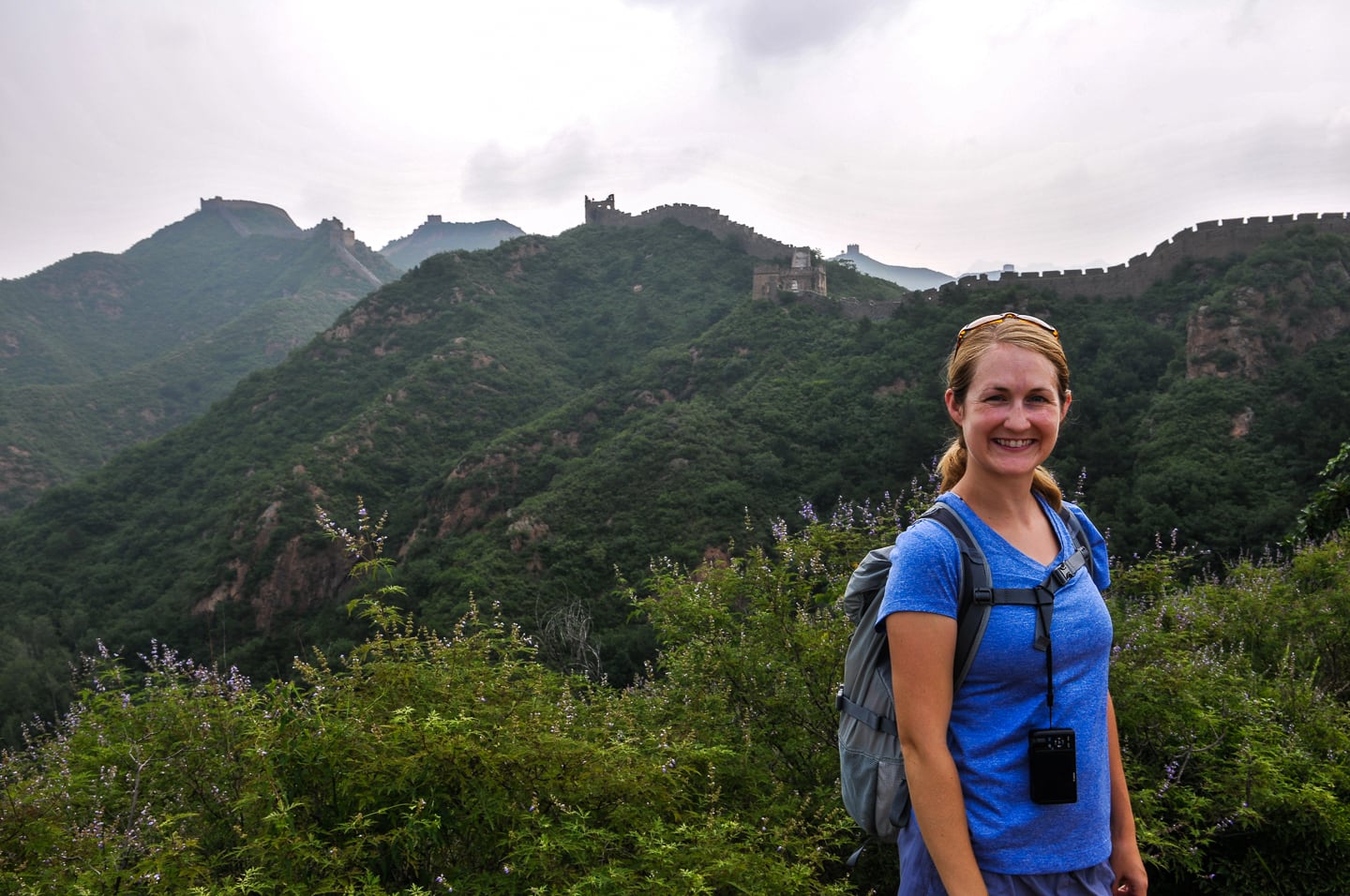 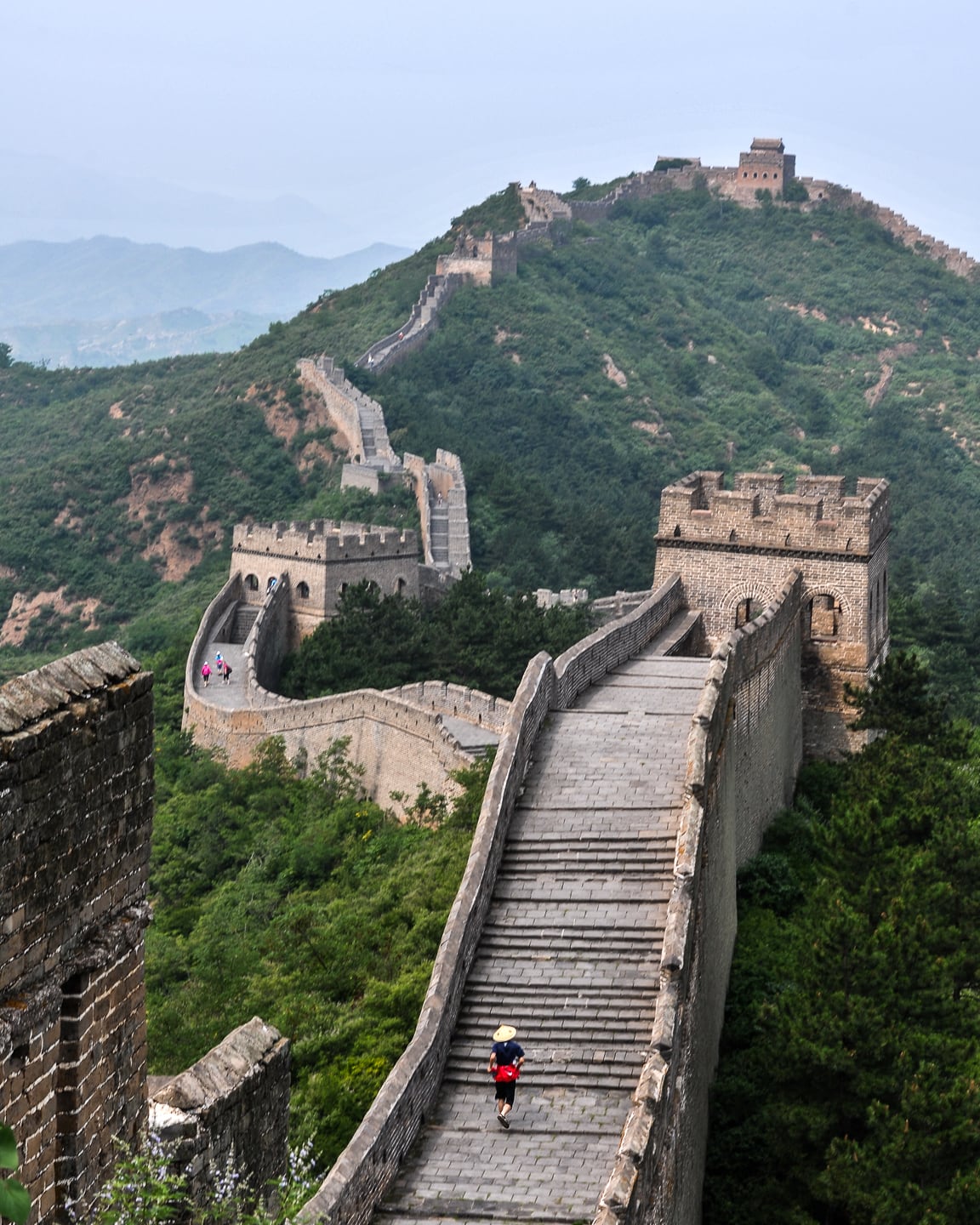 The best part of visiting this portion of the wall is that, with the exception of the eight others we arrived with and a handful of roaming low-pressure touts, we had the whole wall to ourselves (as evidenced by the photos). 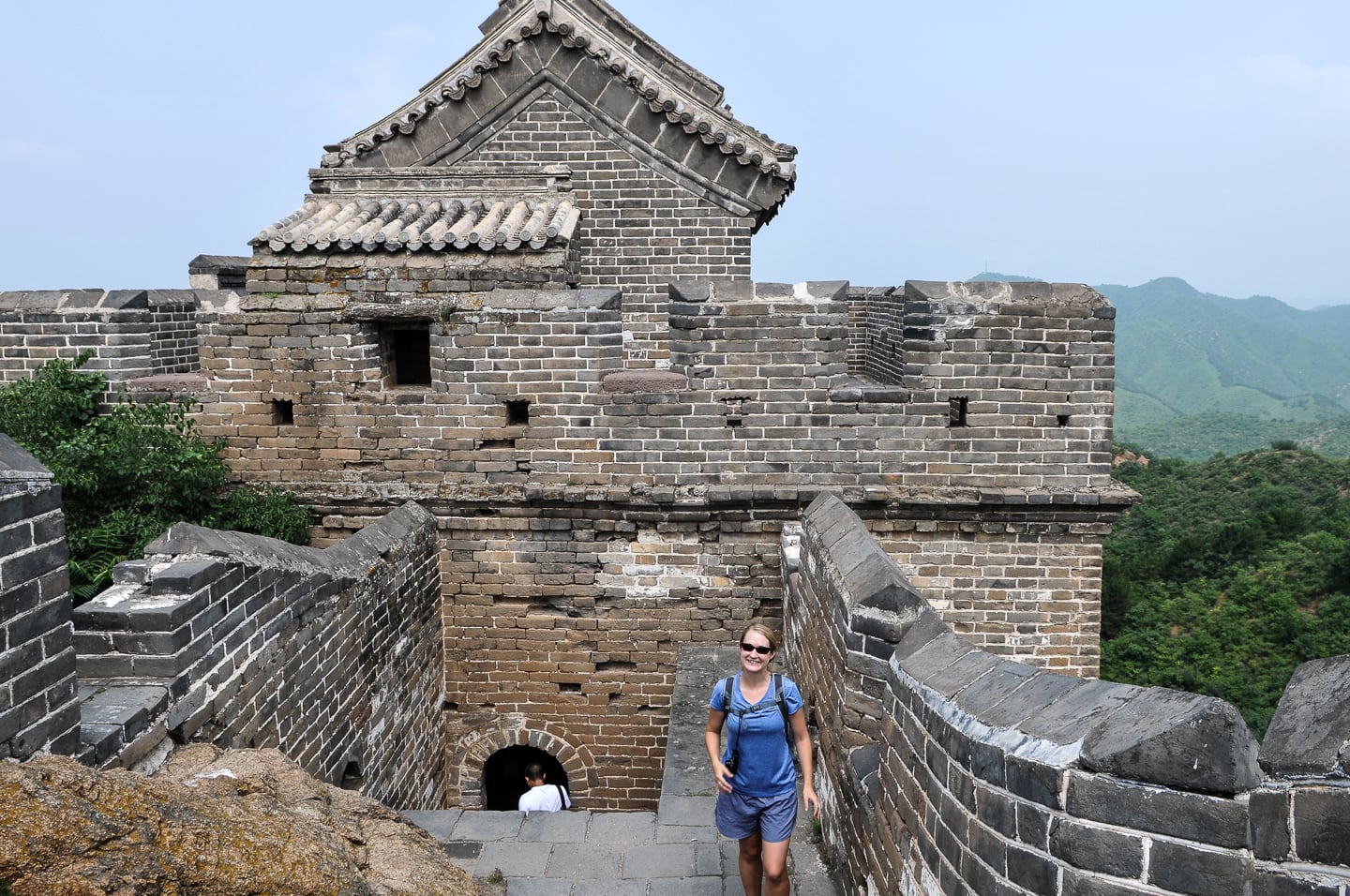 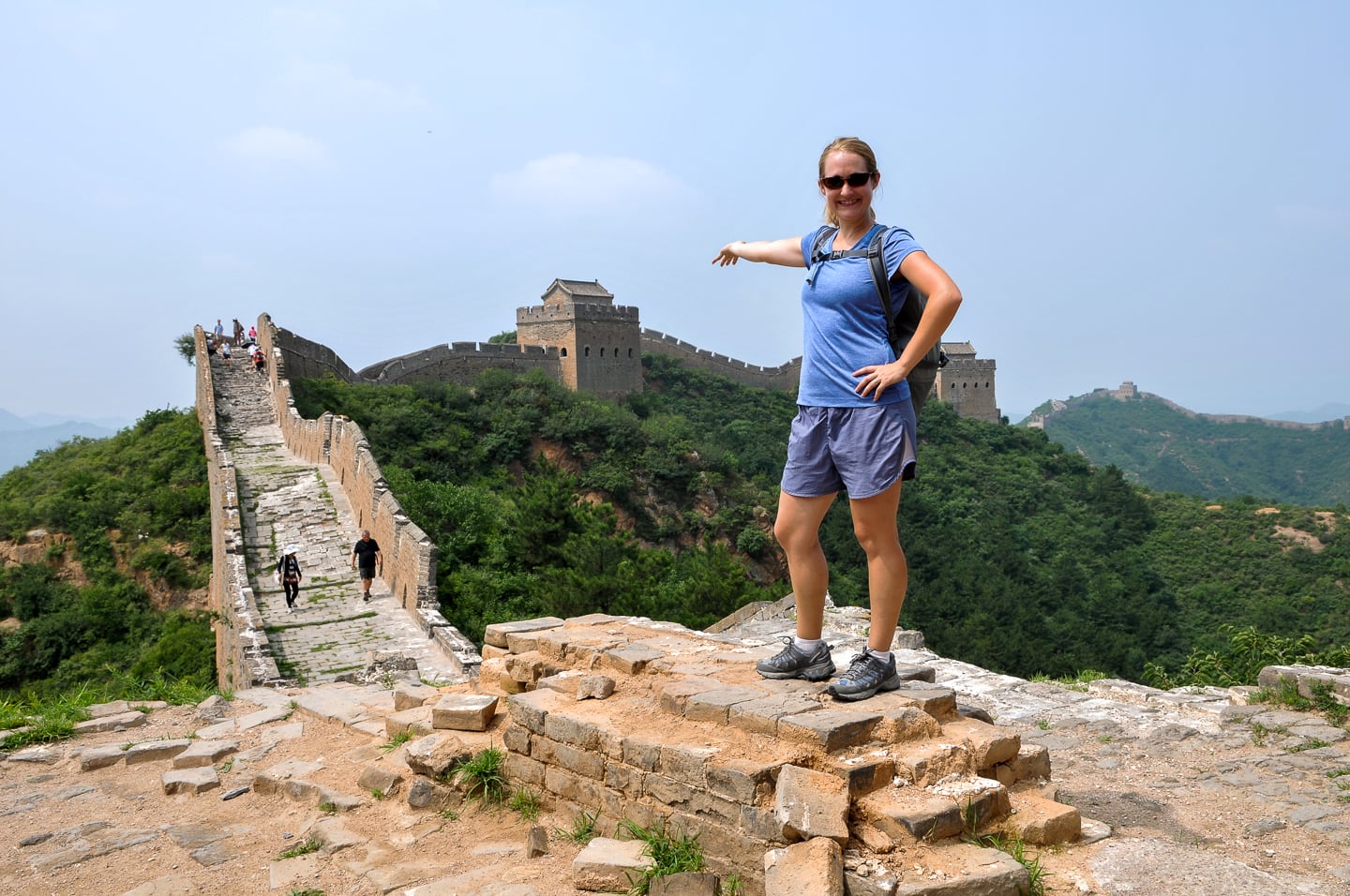 Much of the Wall where the cable car drops you off has been reconstructed, but the best thing about Jinshanling is that so much of it remains untouched and original. 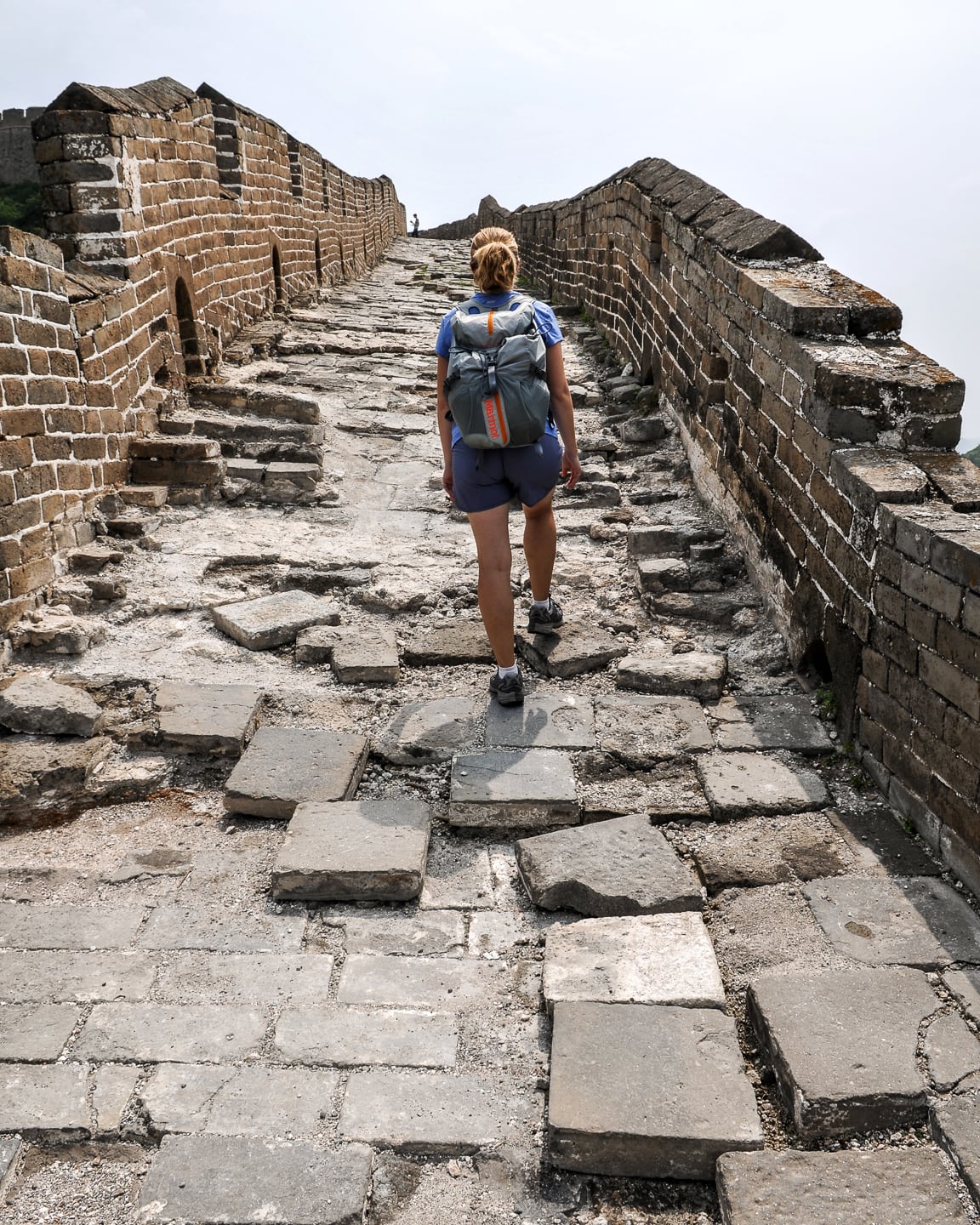 Our tour gave us about 3.5 hours to explore the wall (including time for lunch). We arrived around 10:30am and departed around 2pm. It was midday, so it was quite warm, but humidity was relatively low. Still, there is a lot of climbing to be had and Lori and I most certainly did not bring as much water as we would have liked. There are touts along the way at regular intervals that sell both warm and cold bottles of water, but as you can imagine, there prices are quite inflated. 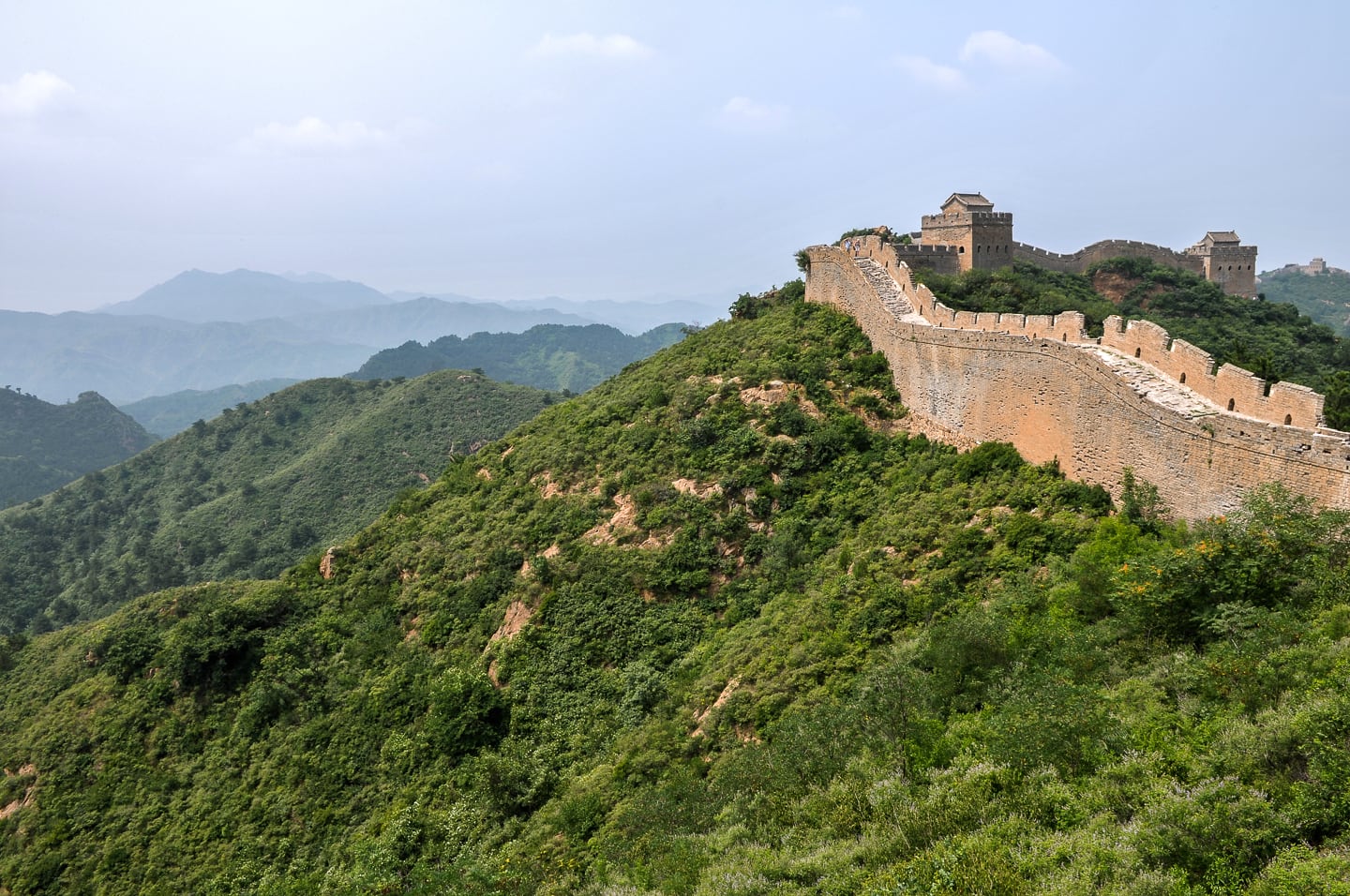 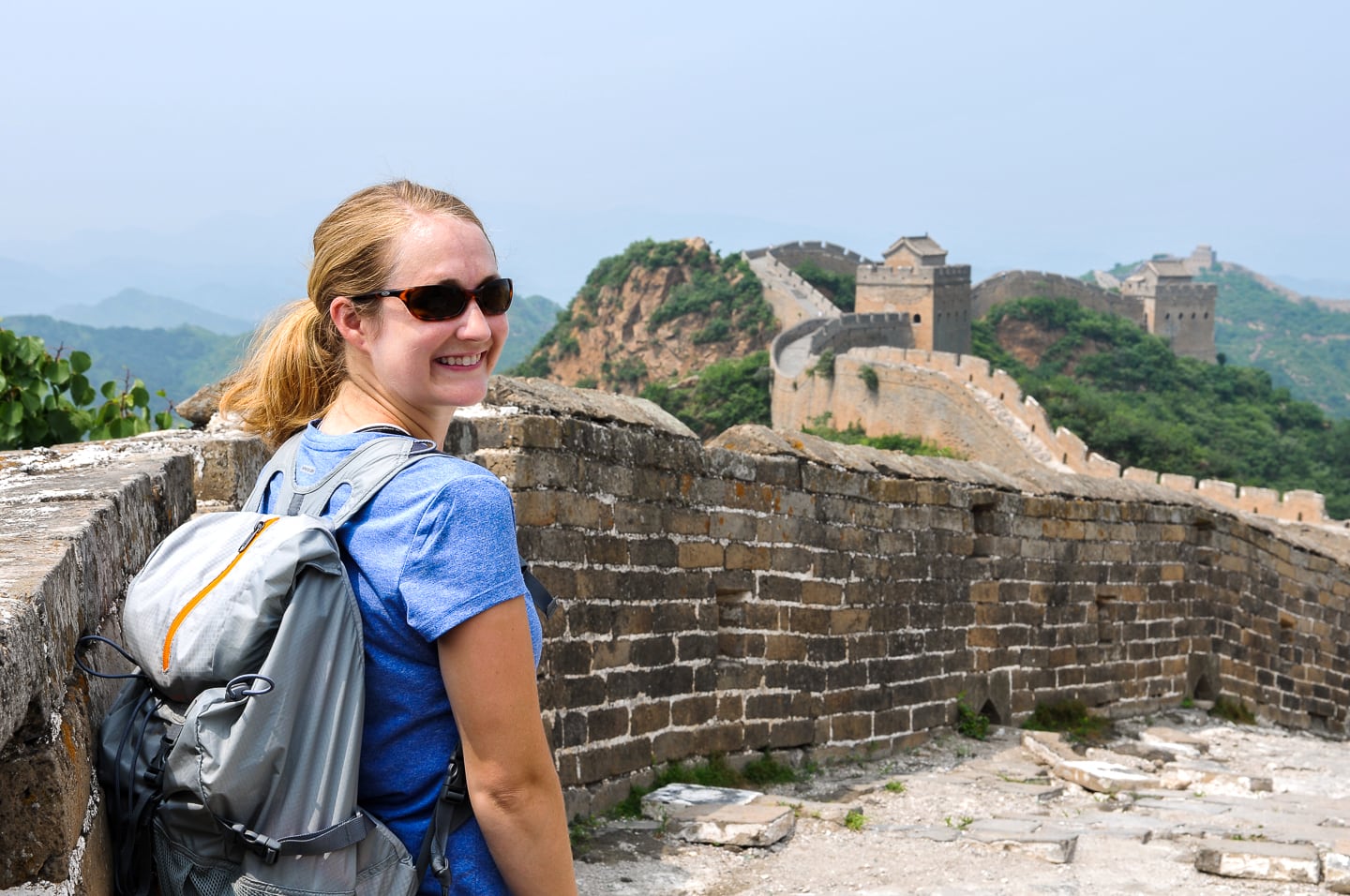 The outing was unguided, so we were free to explore whatever we wanted at our own pace. Our guide on the bus did recommend, however, that we go no farther in the direction of Simatai than the tower with five windows to allow enough time to return to the bus and because the trail dramatically deteriorates afterwards.

Lori and I were quite content with what we got to see and do and don’t feel that we missed out given Simatai’s closure. 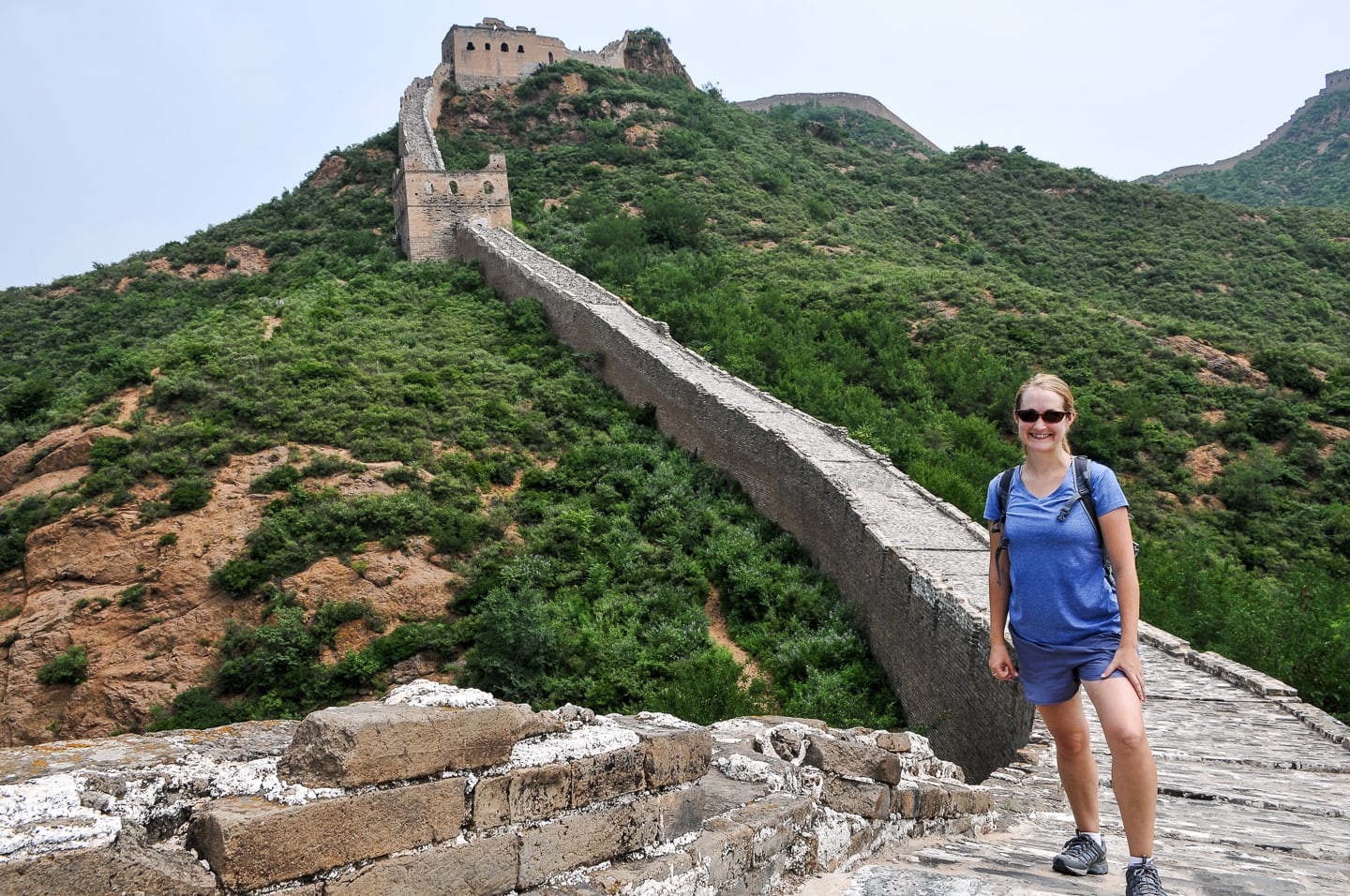 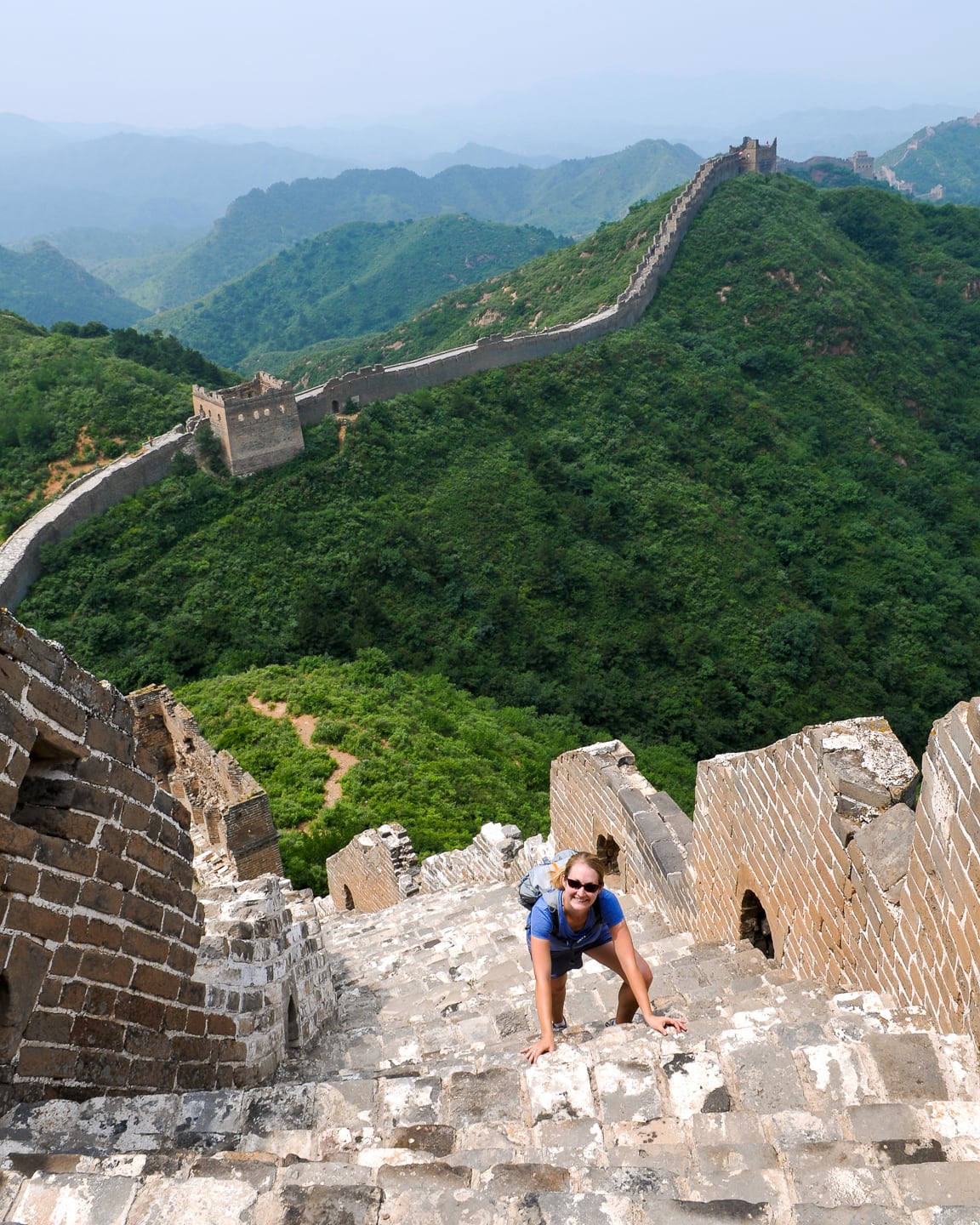 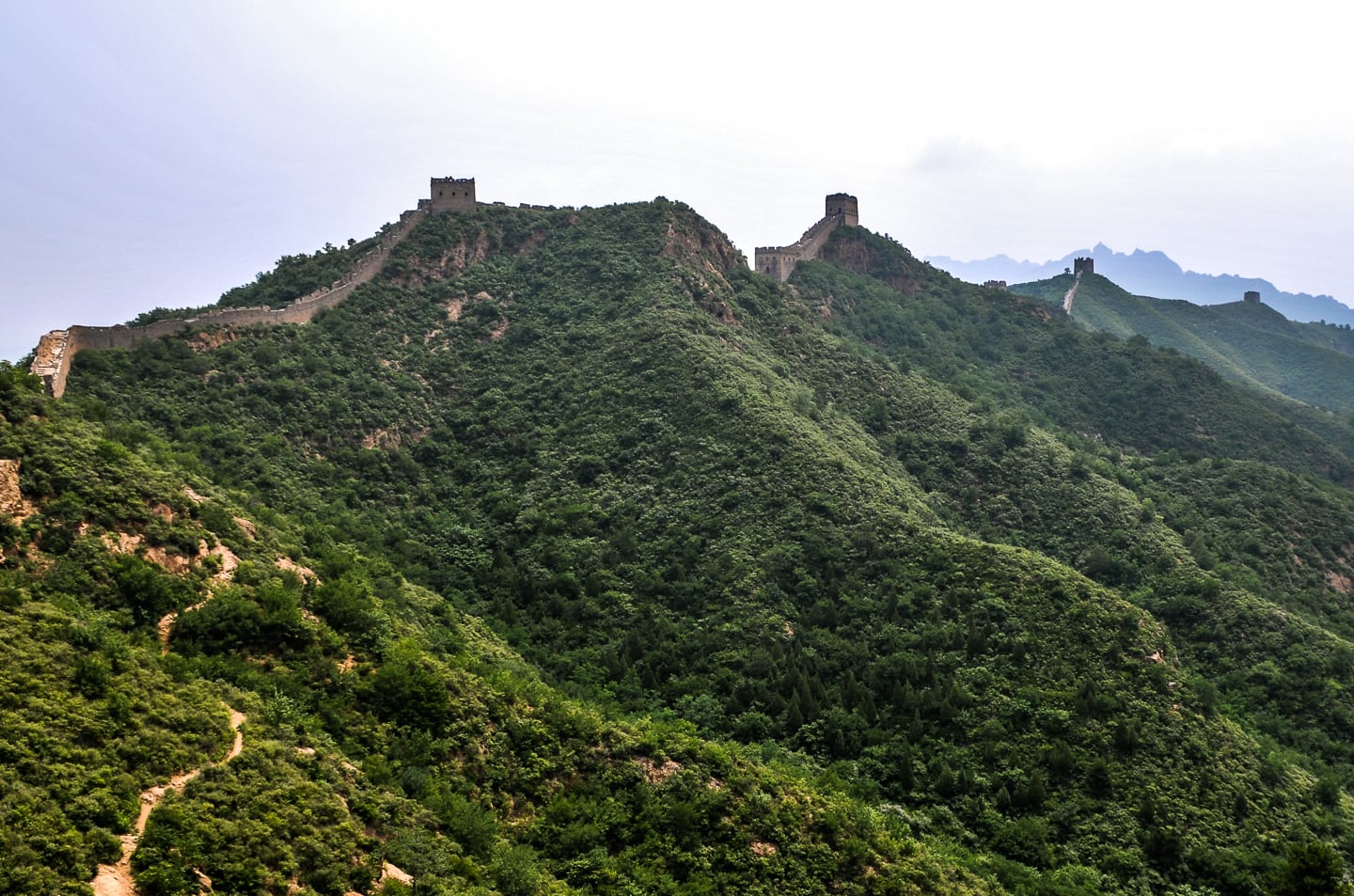 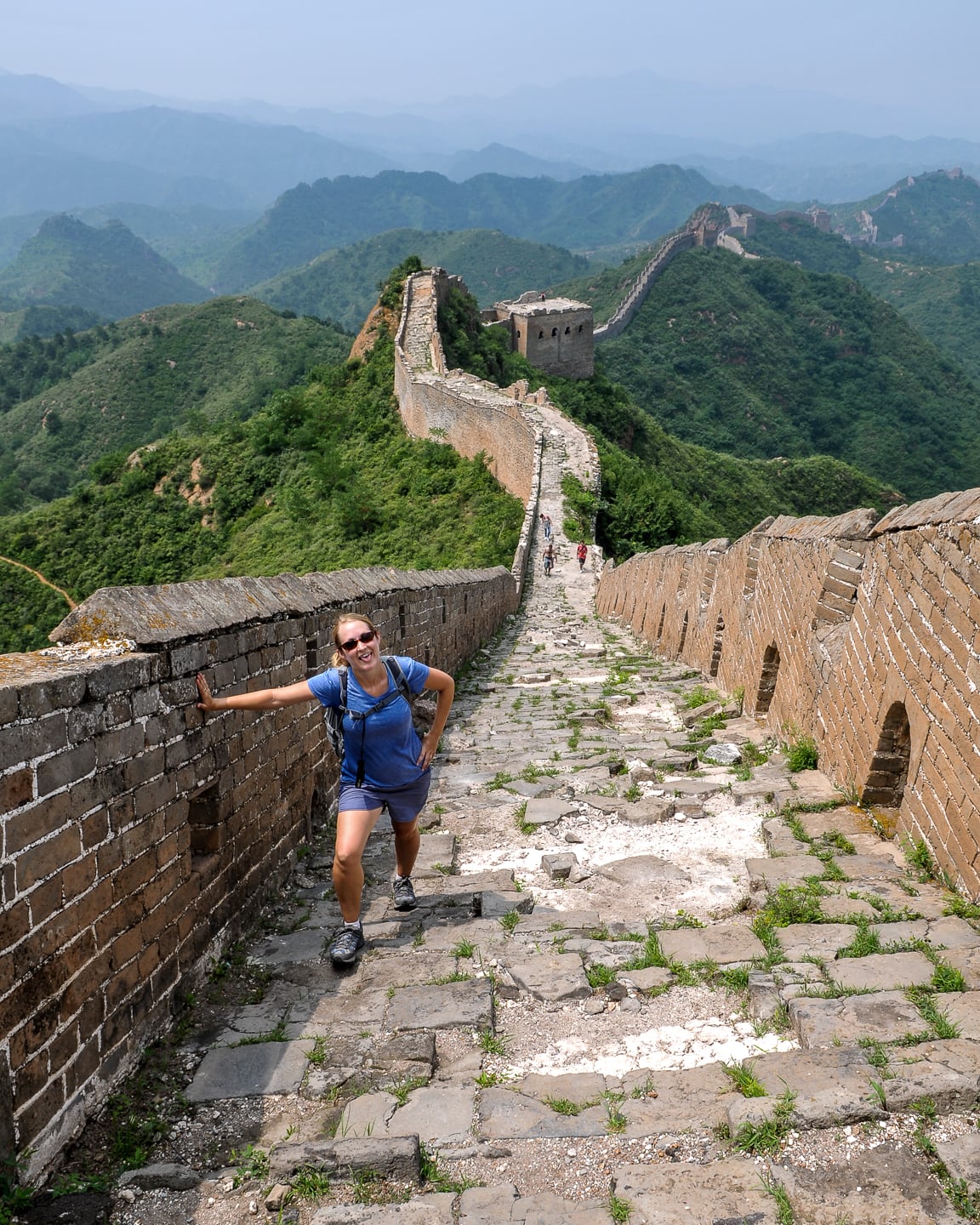 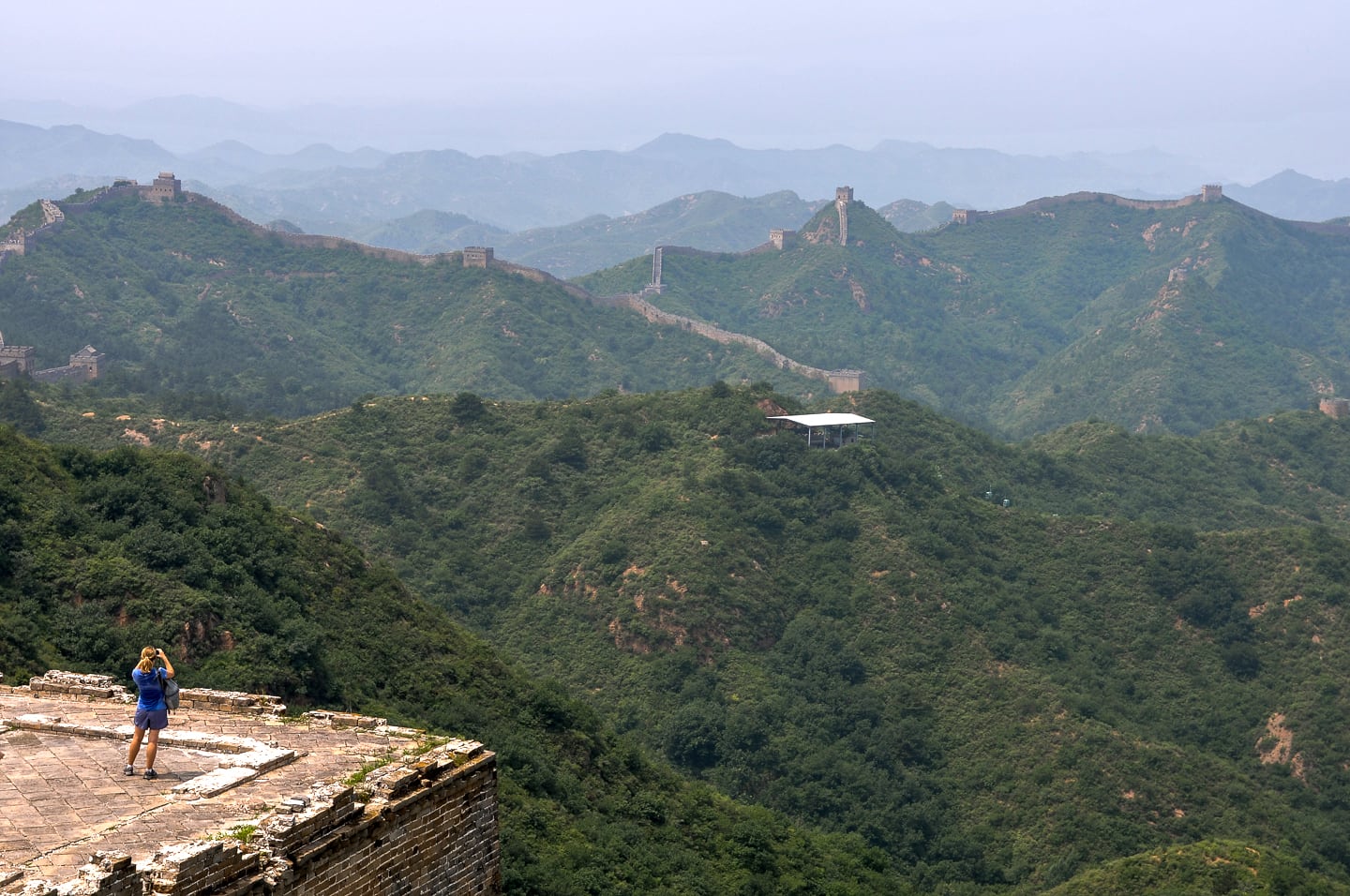 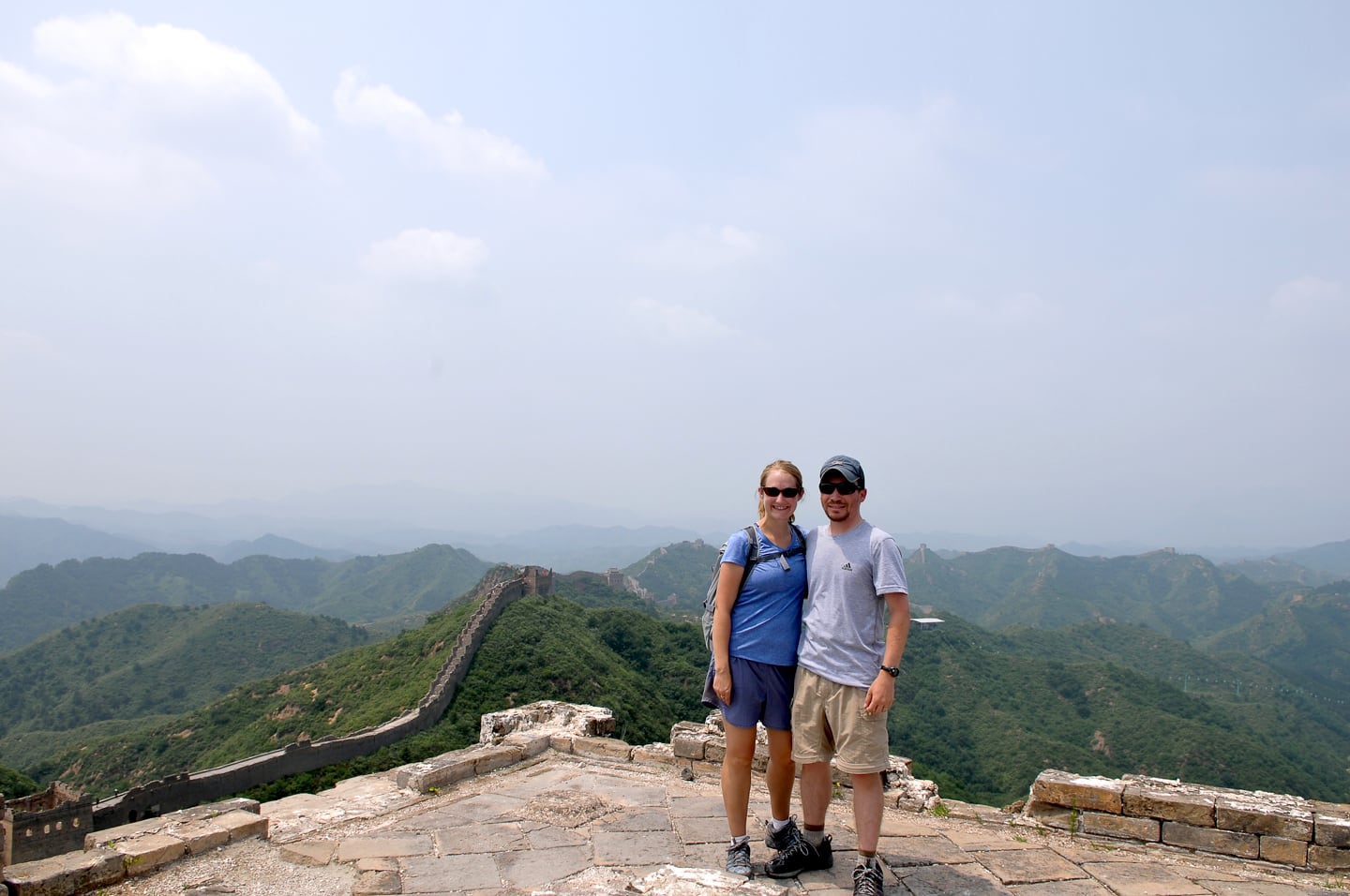 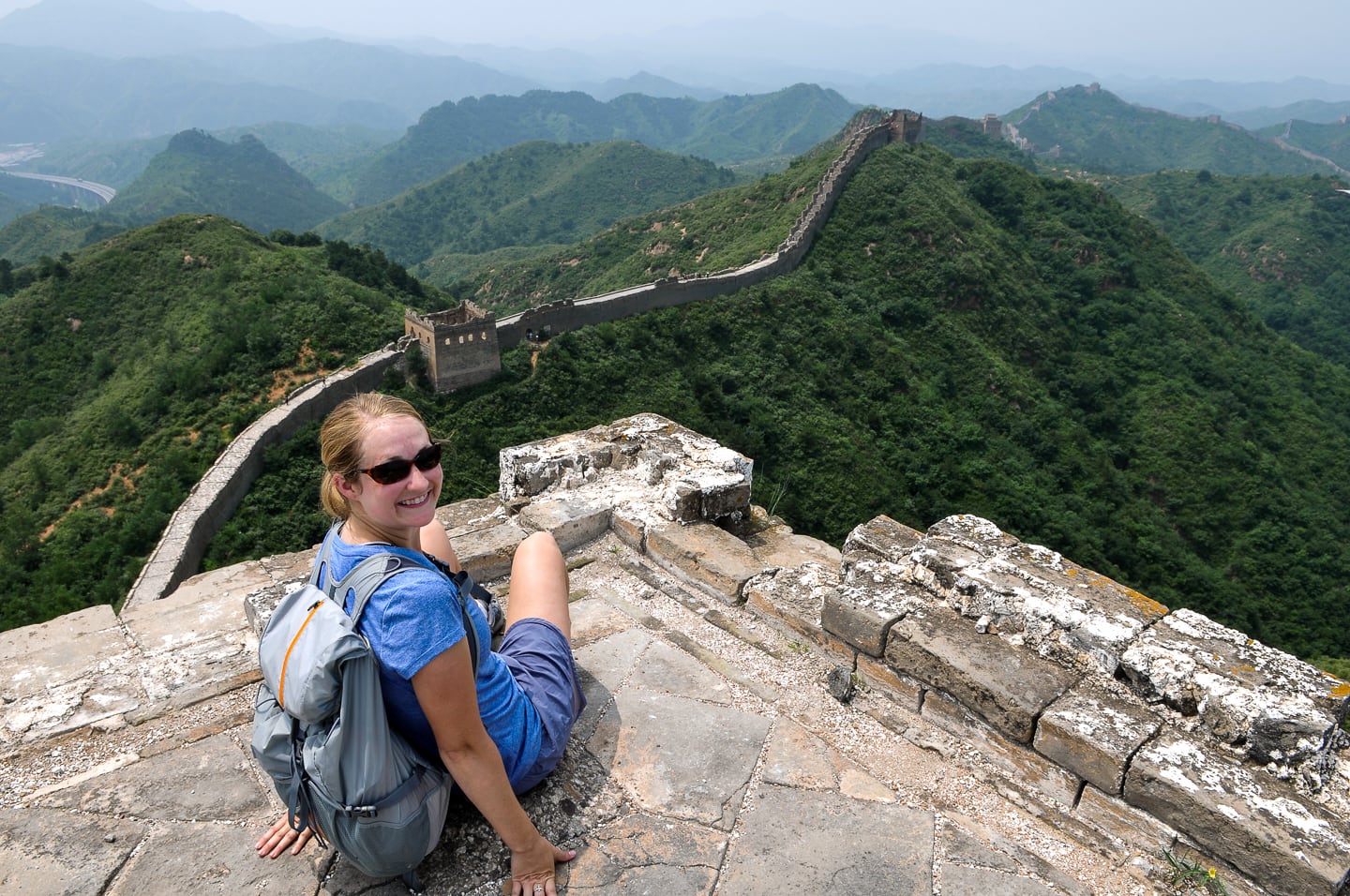 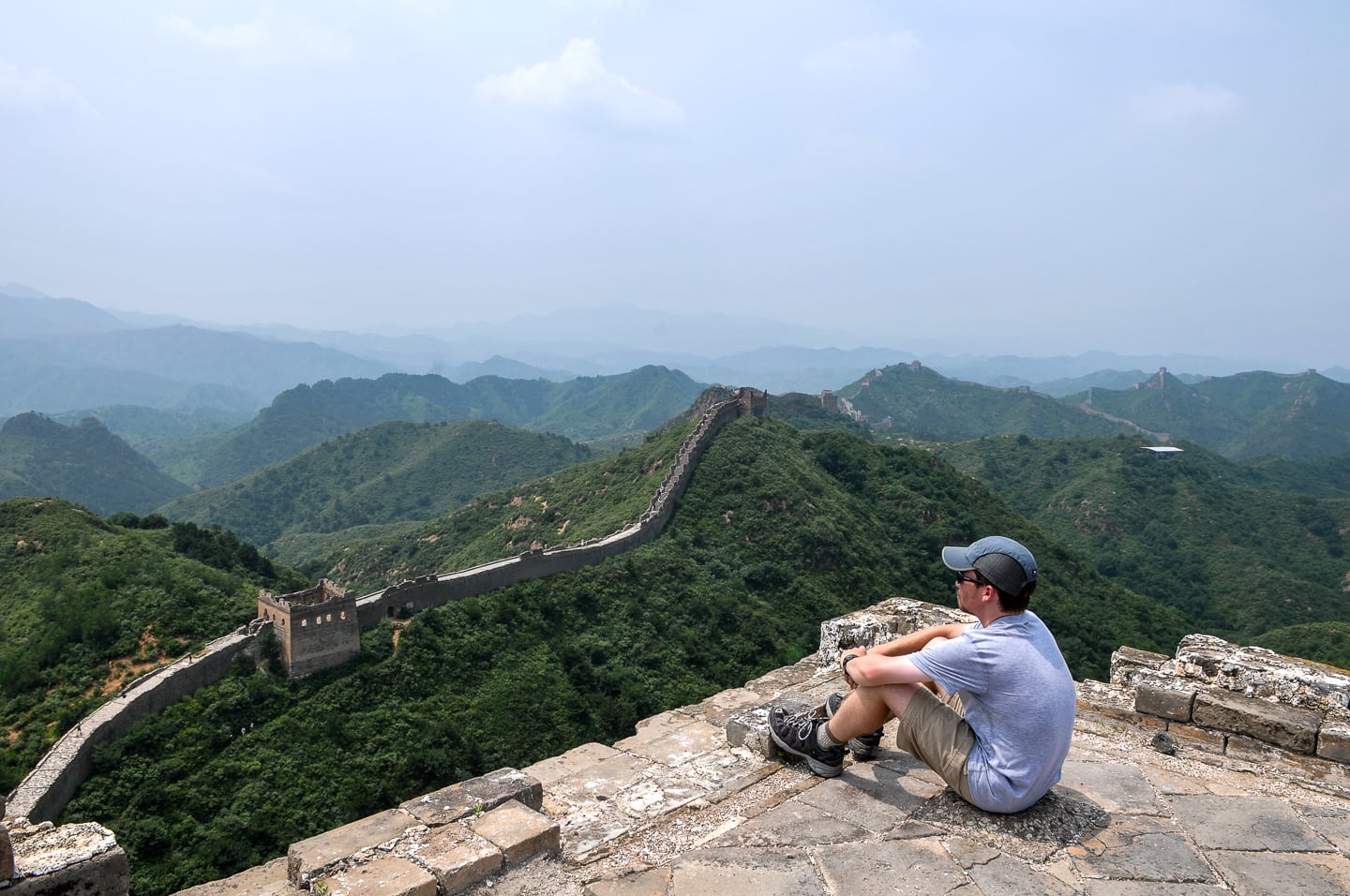 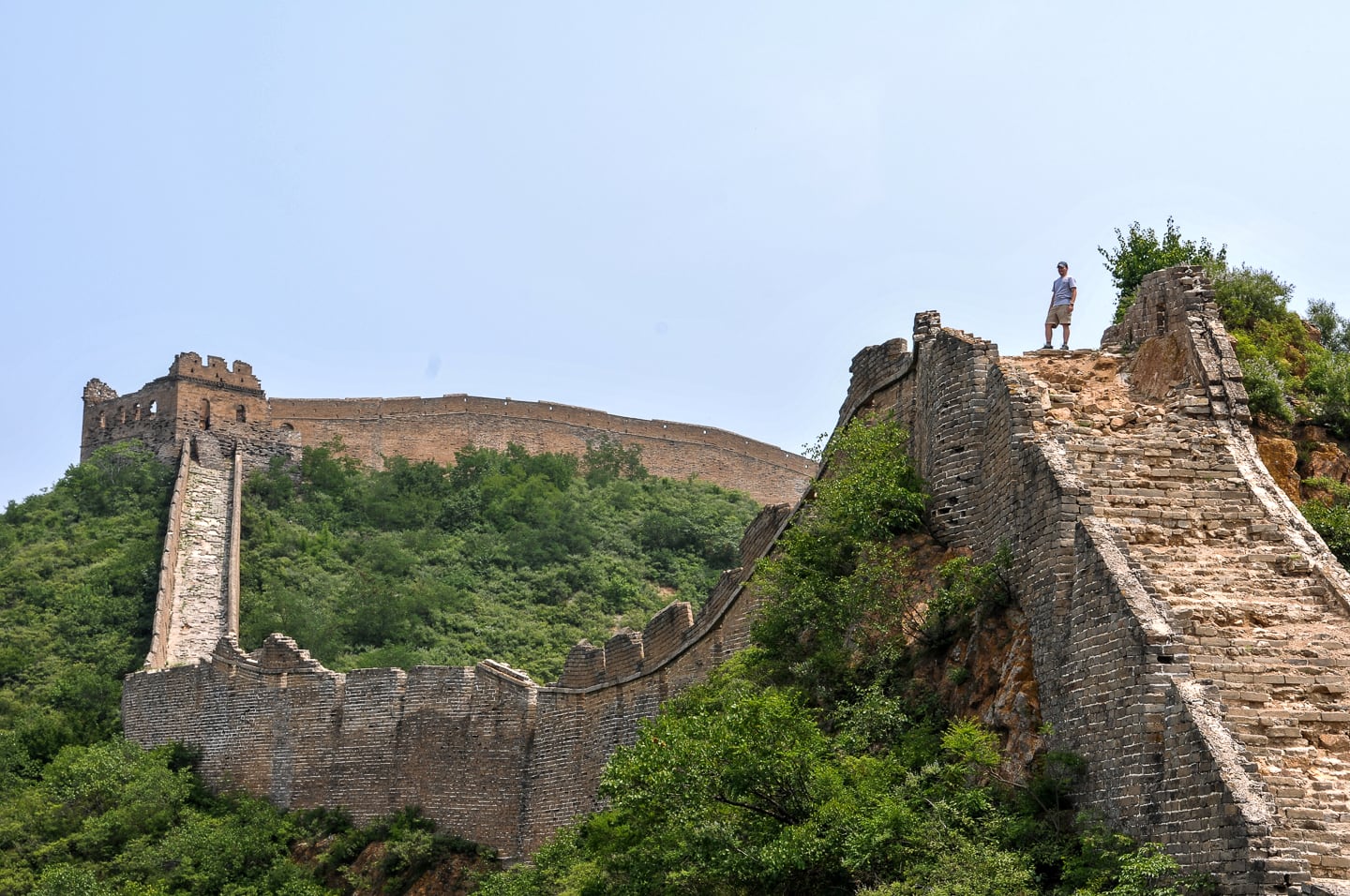 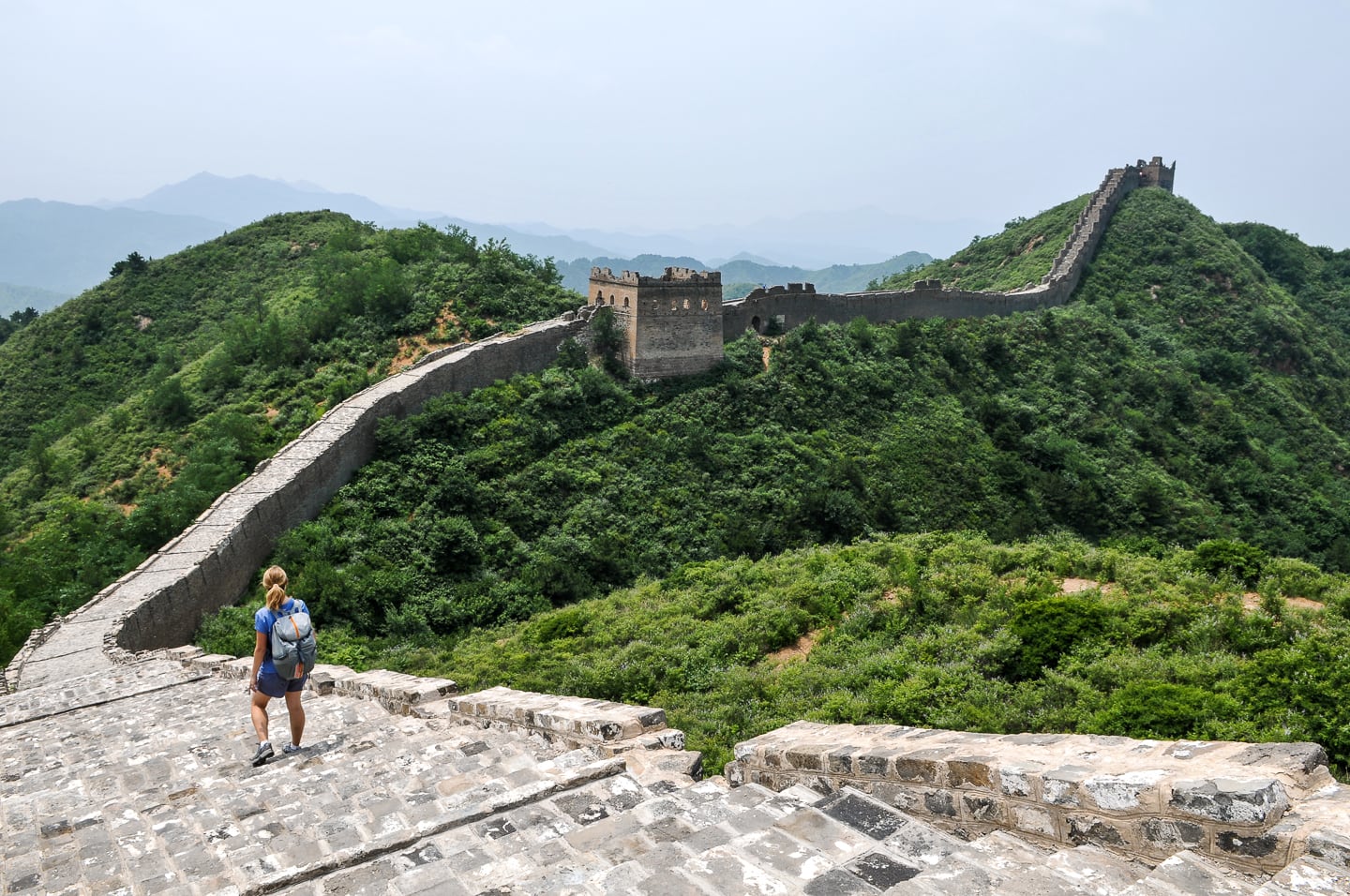 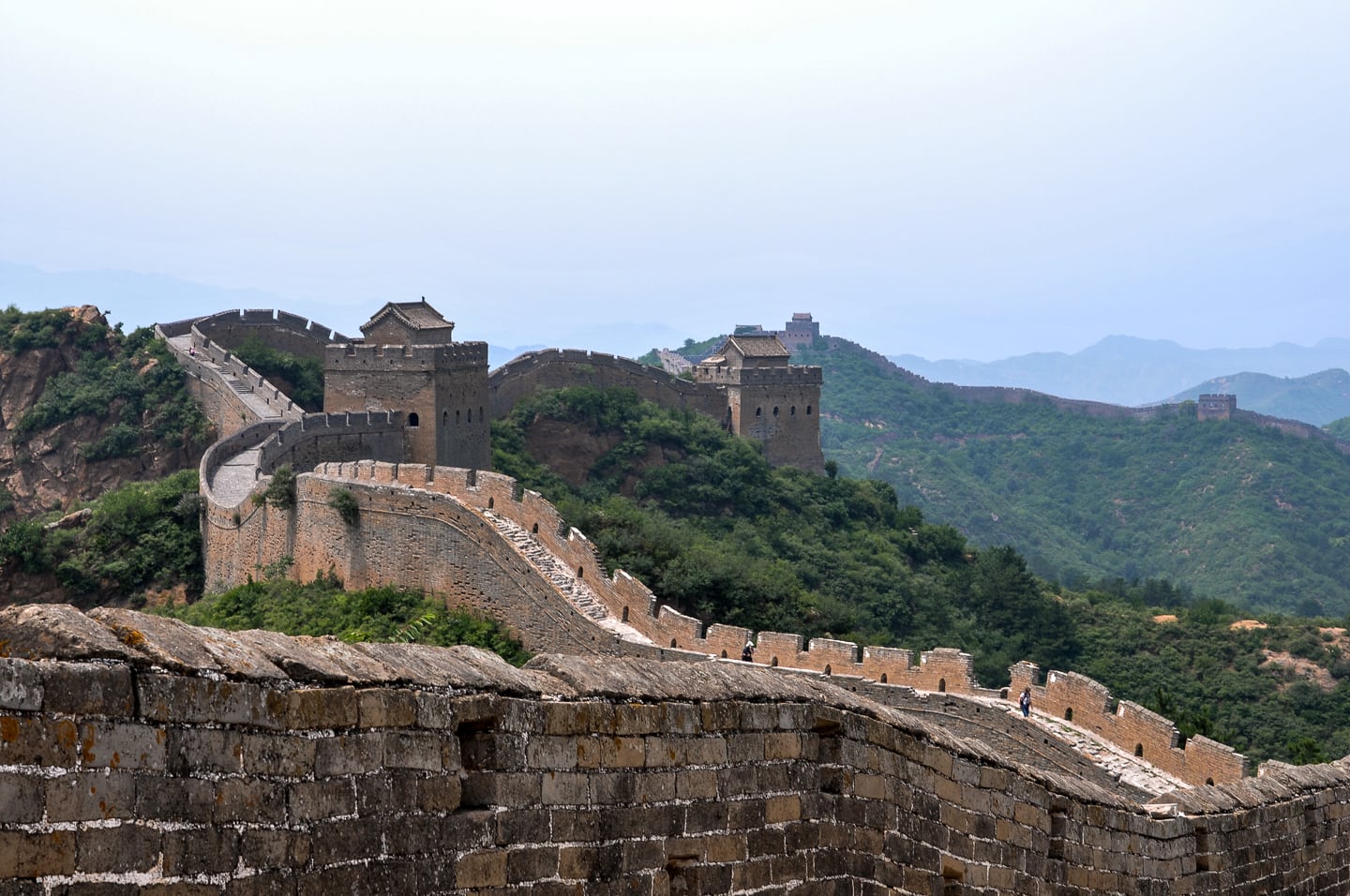 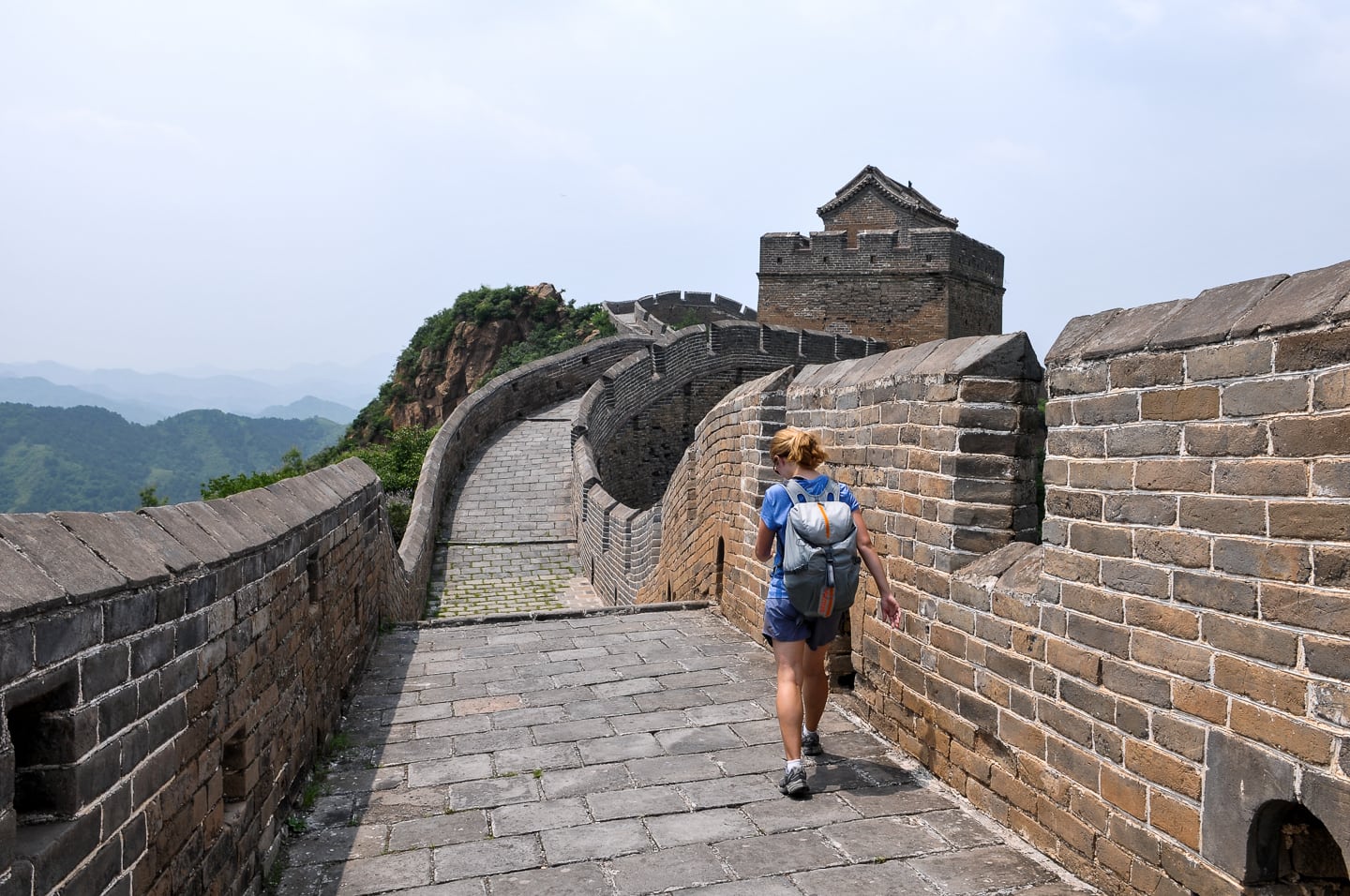 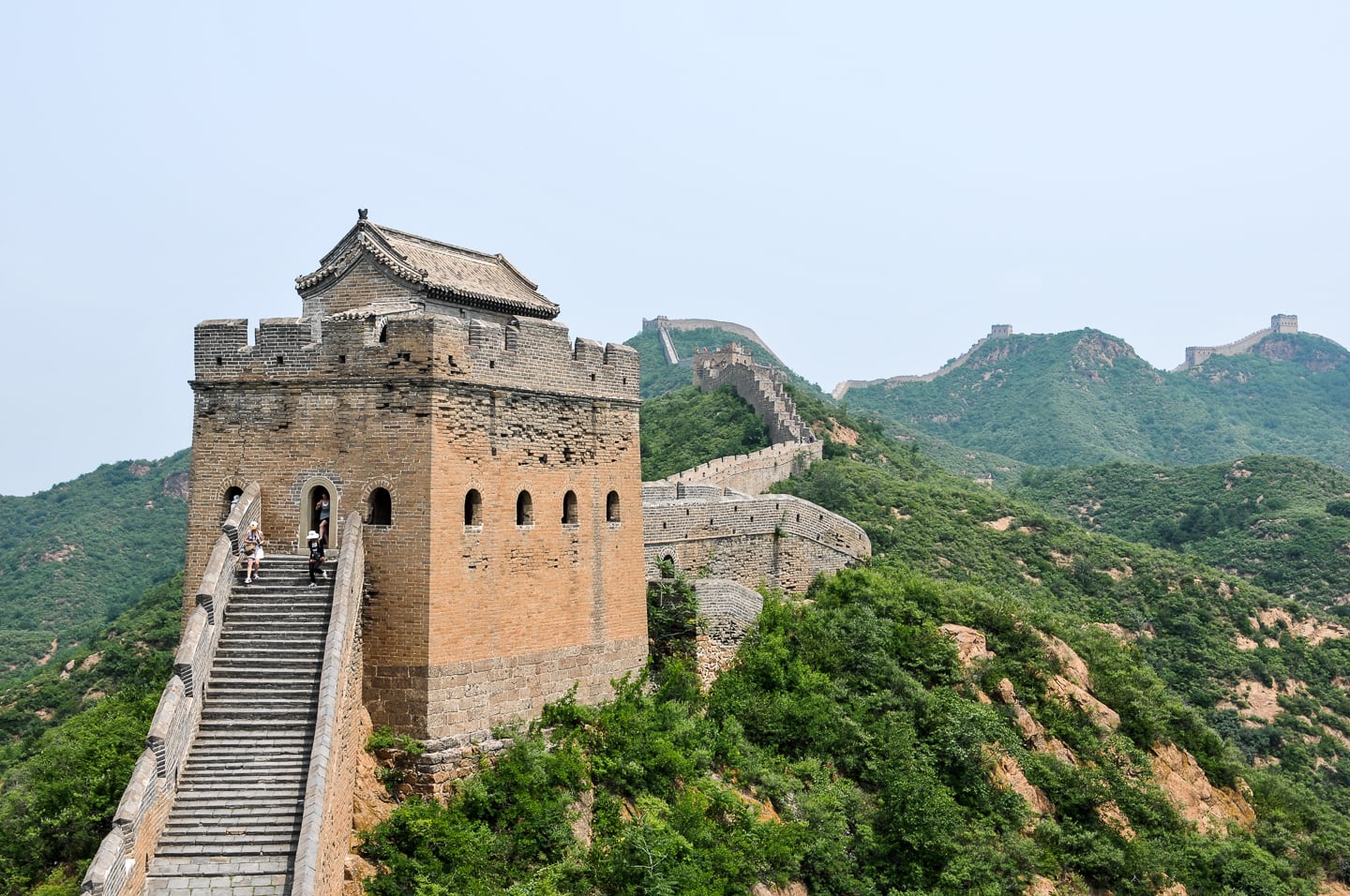 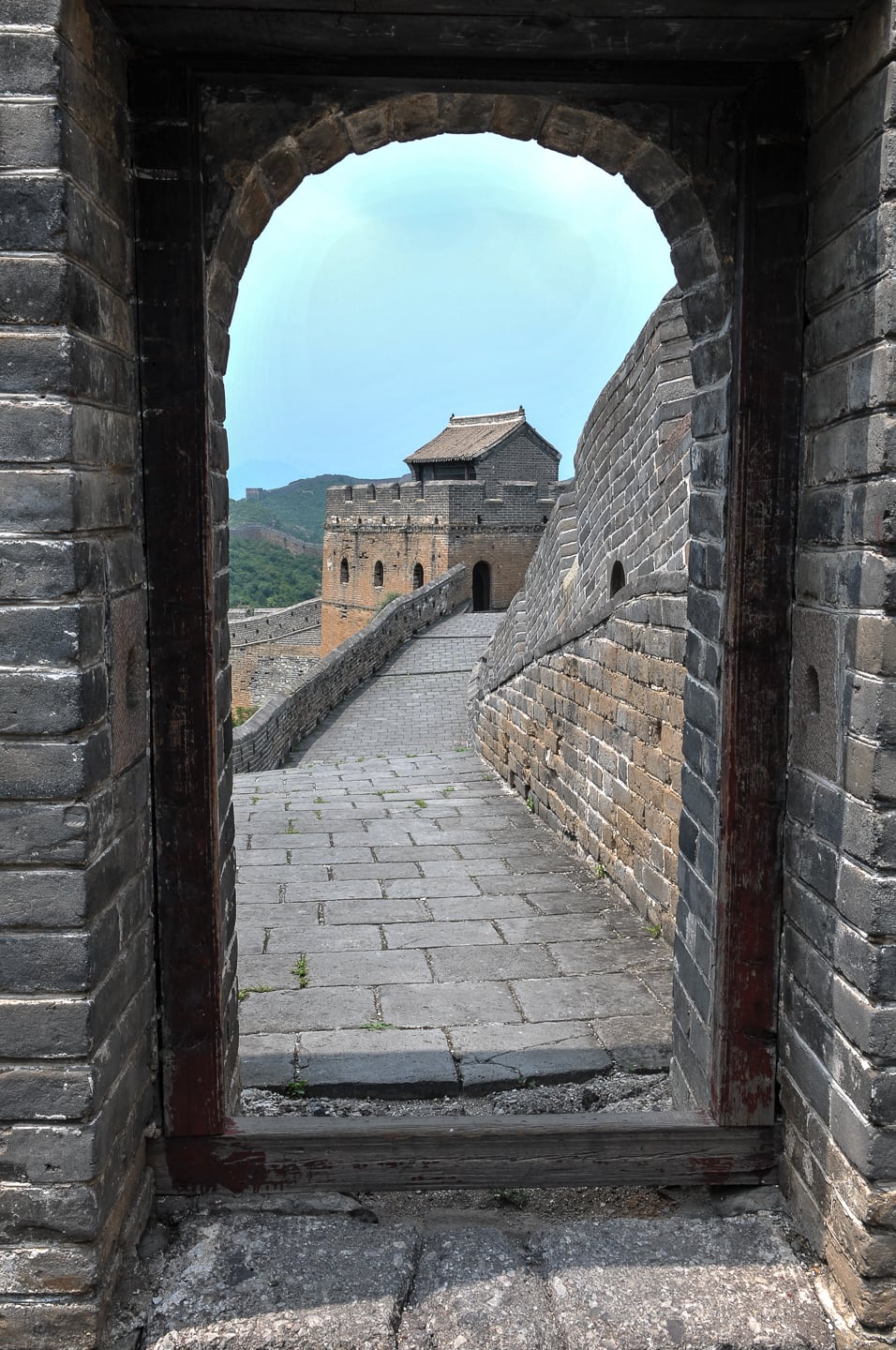 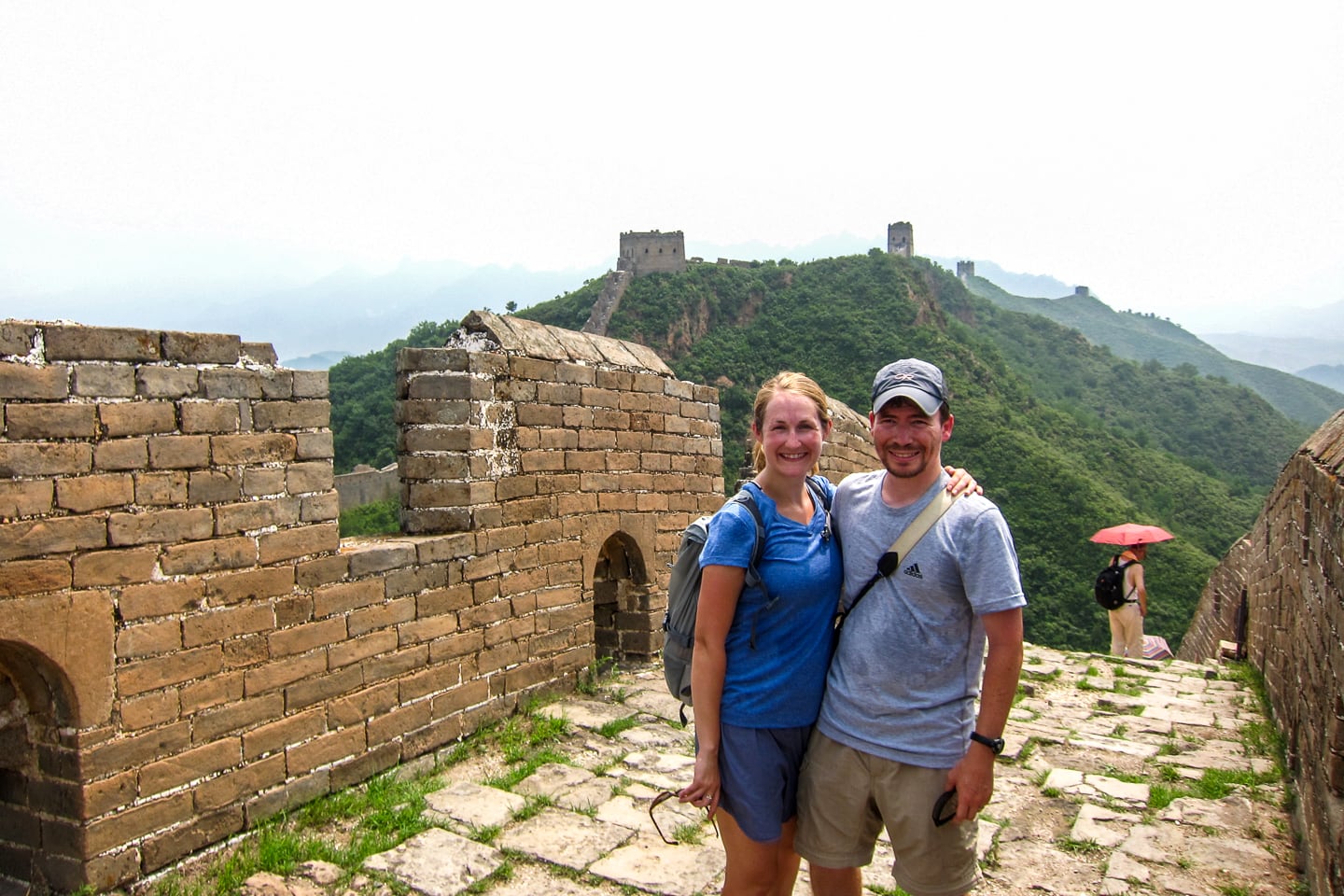